Galerie Max Hetzler presents Aquarelle, a solo exhibition of recent works by Walton Ford at Bleibtreustraße 45, Berlin. This is the artist’s first solo presentation with the gallery. 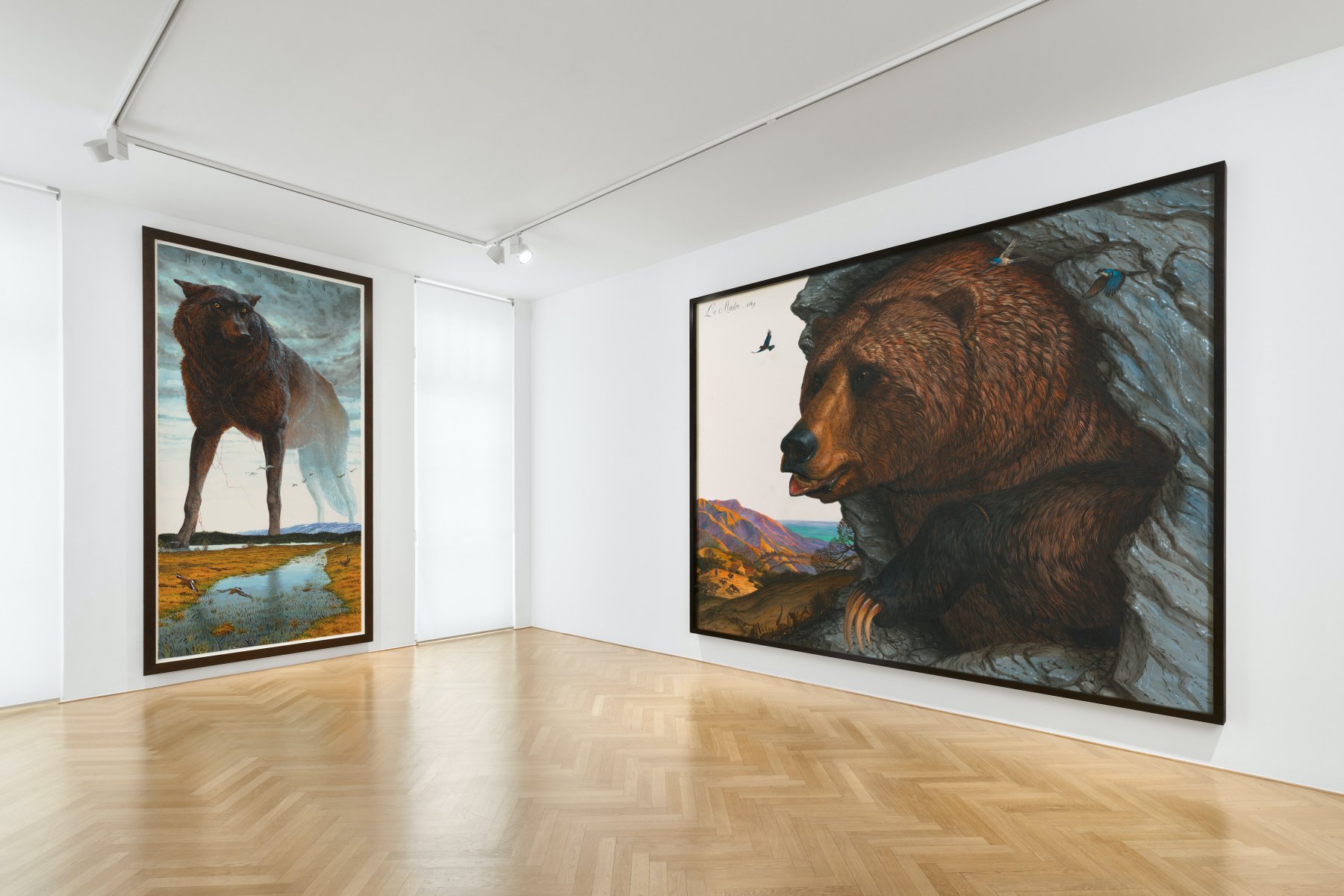 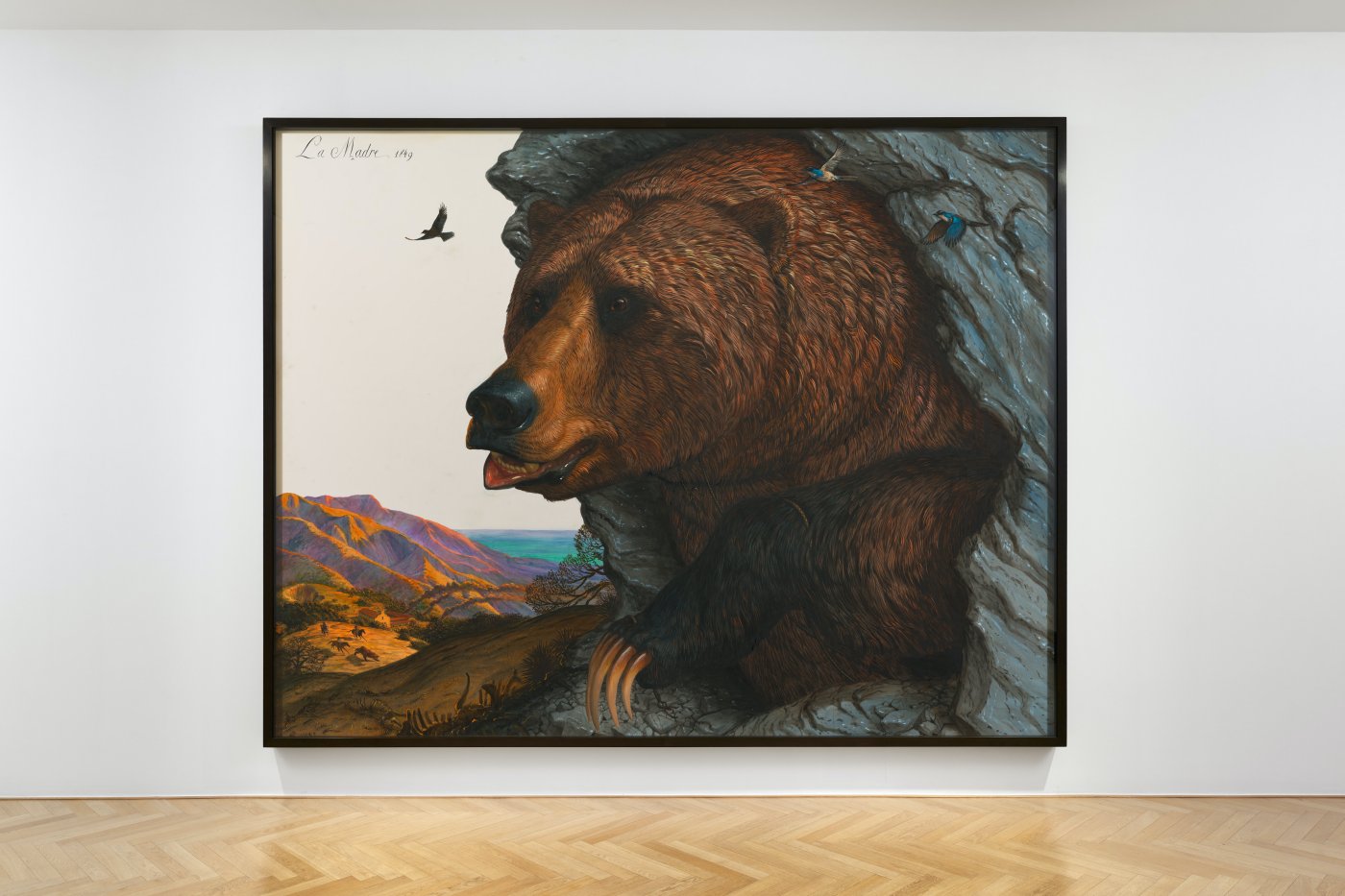 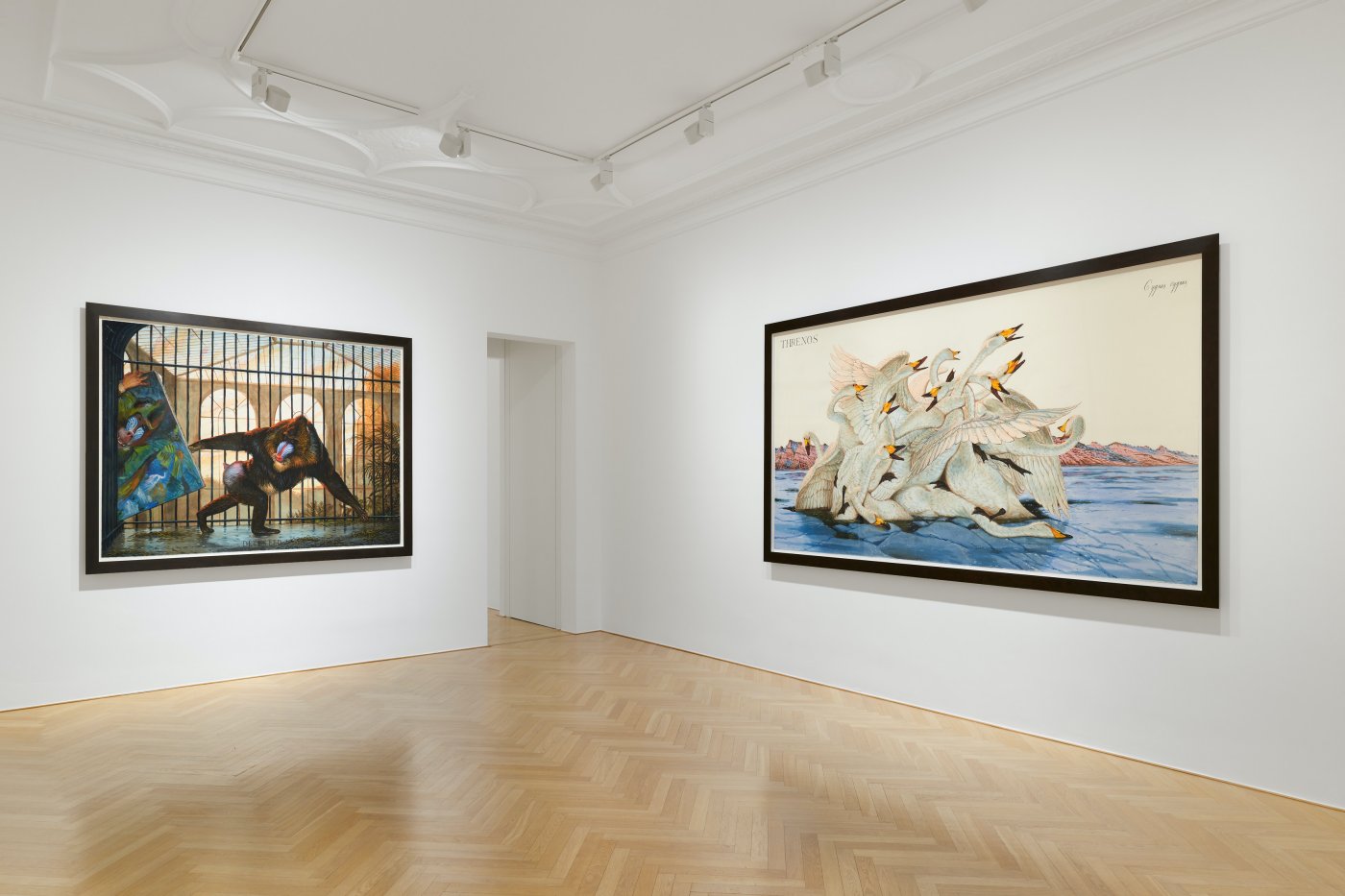 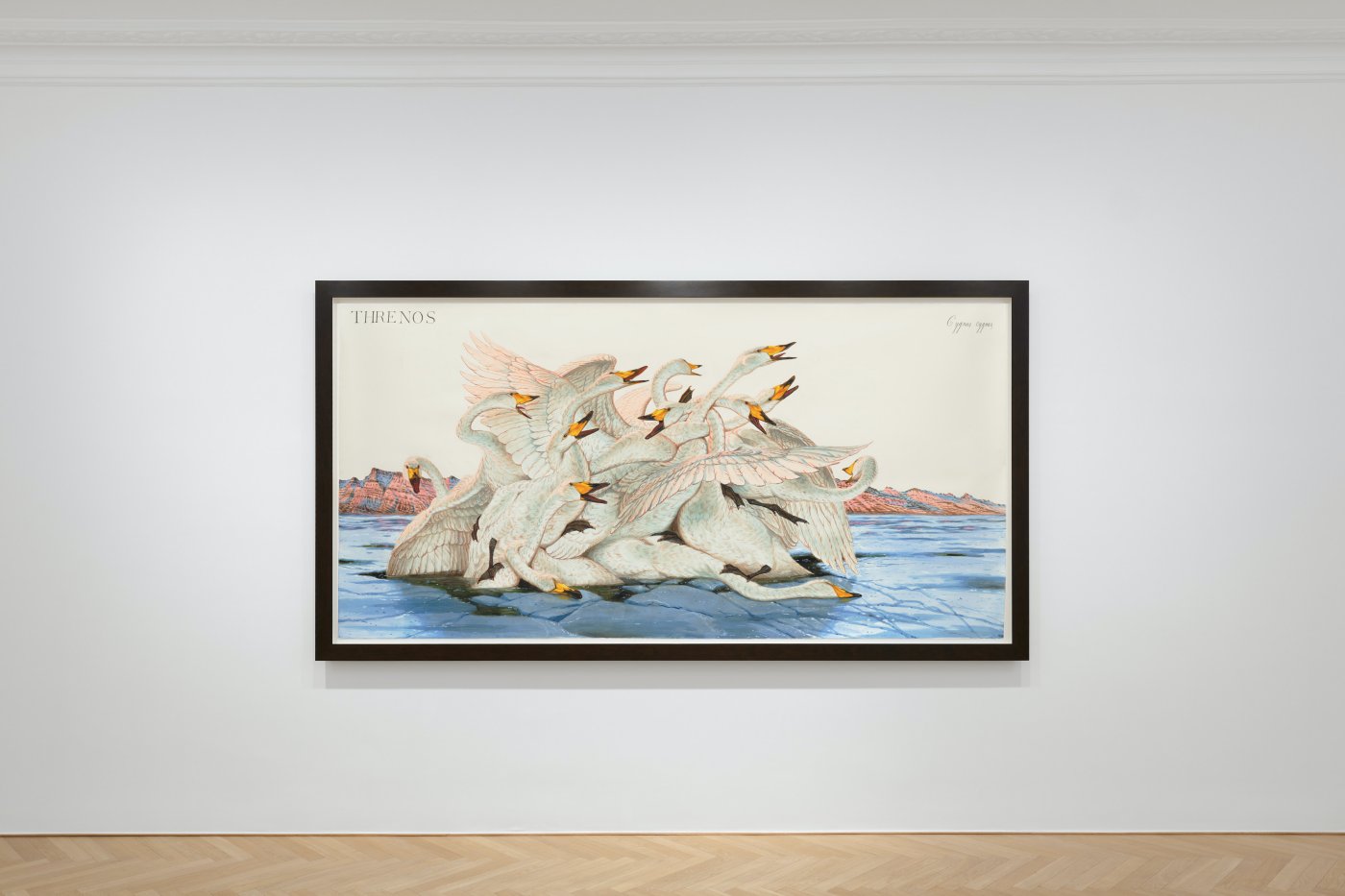 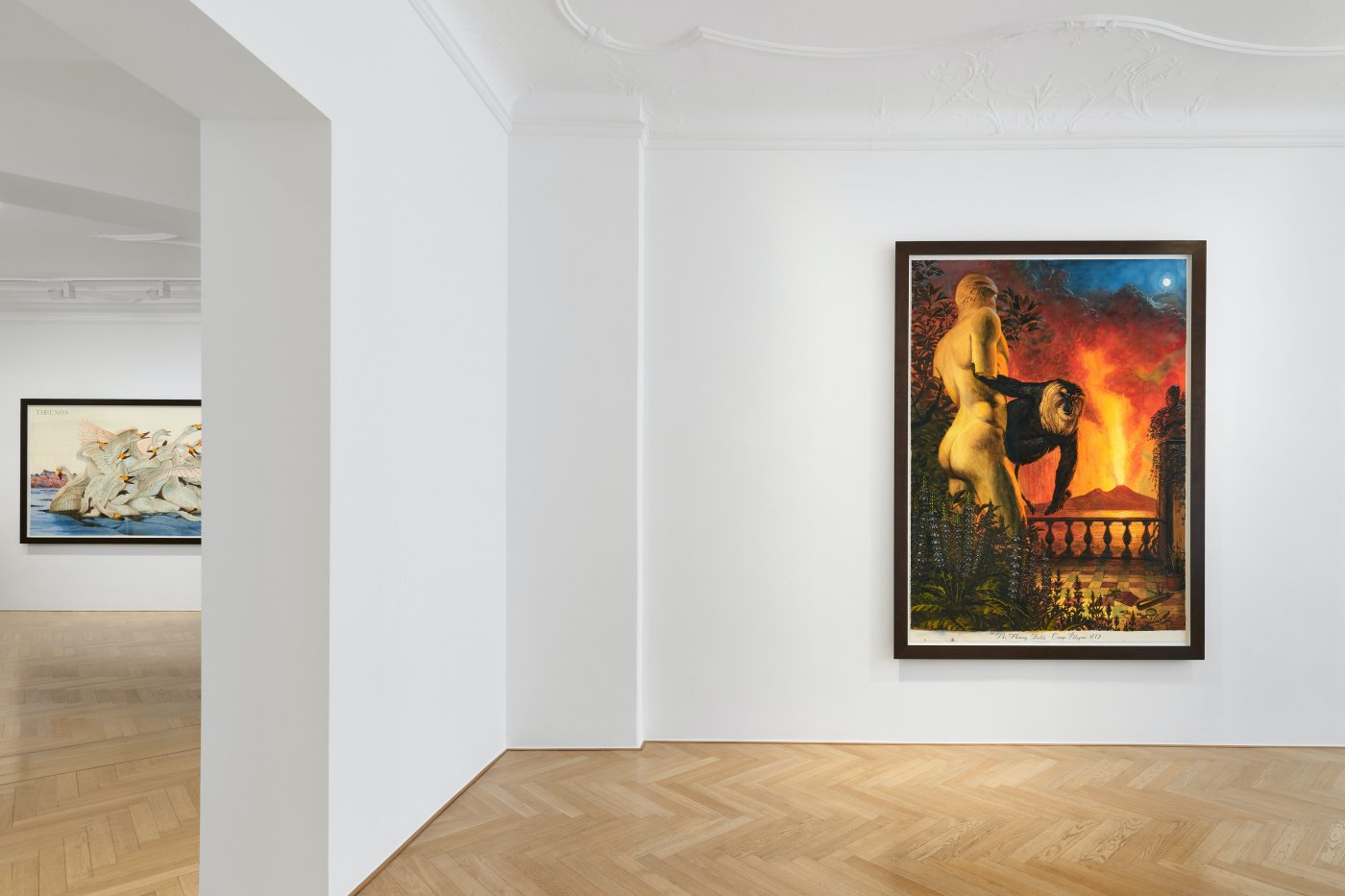 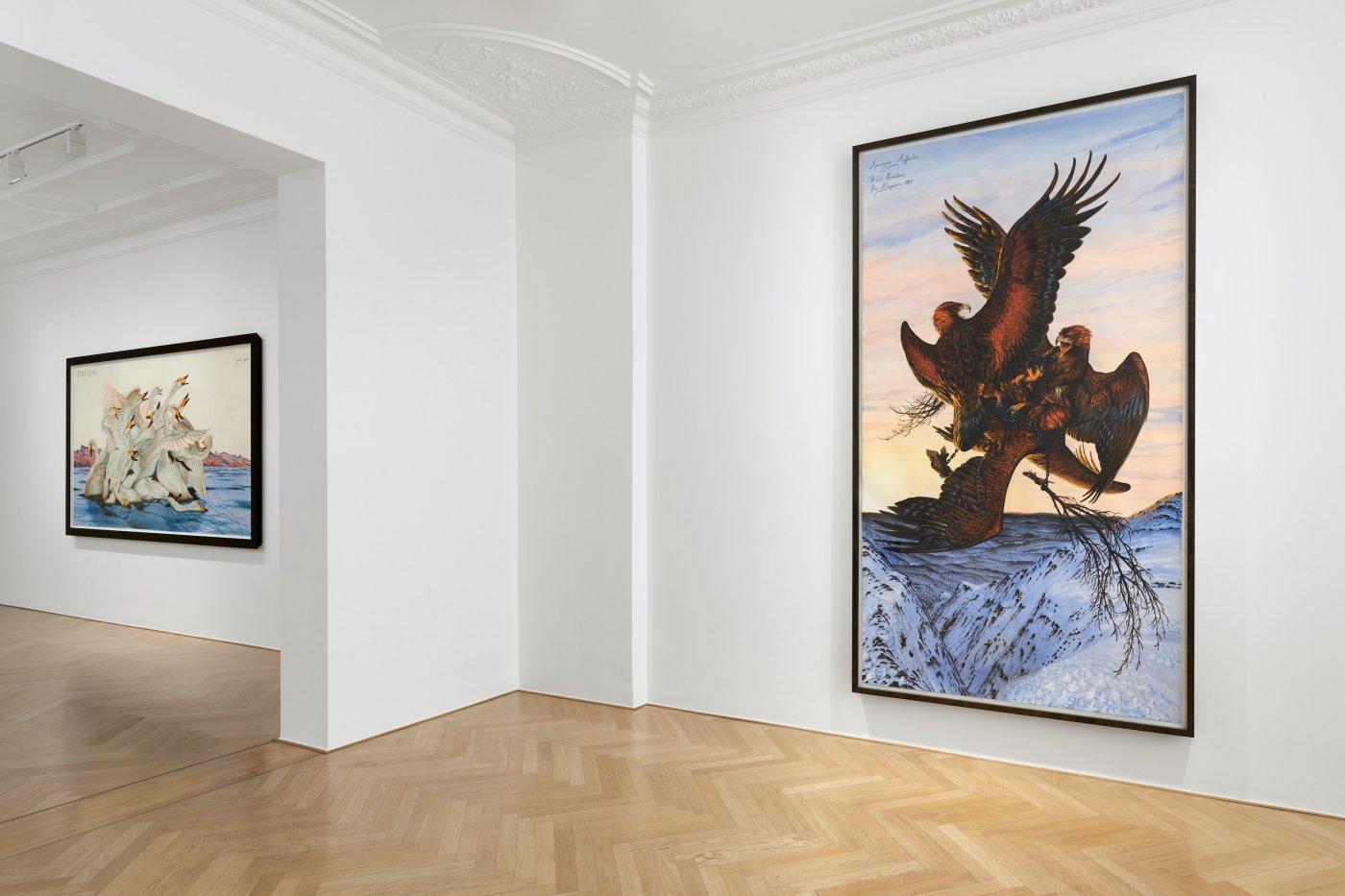 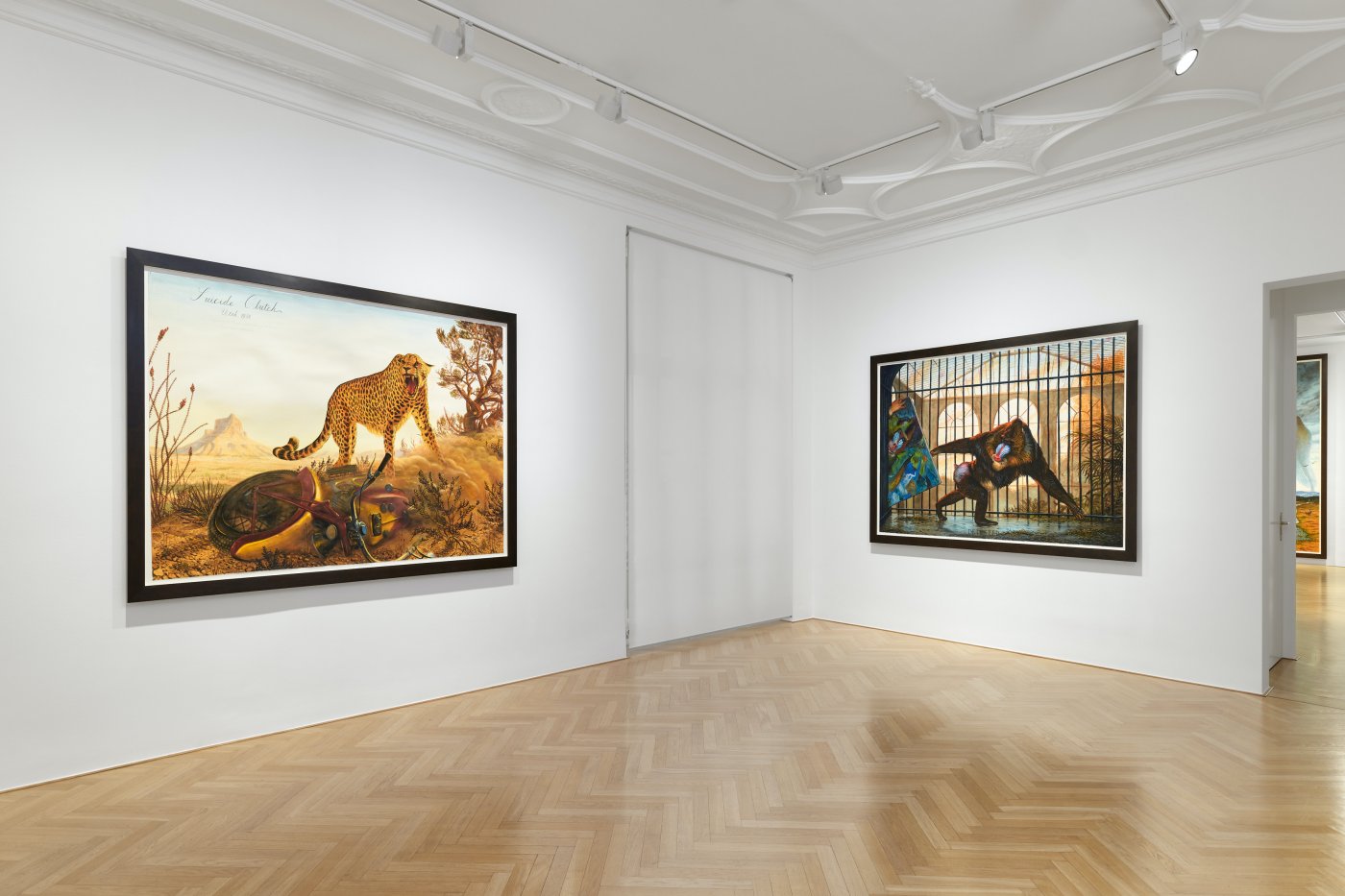 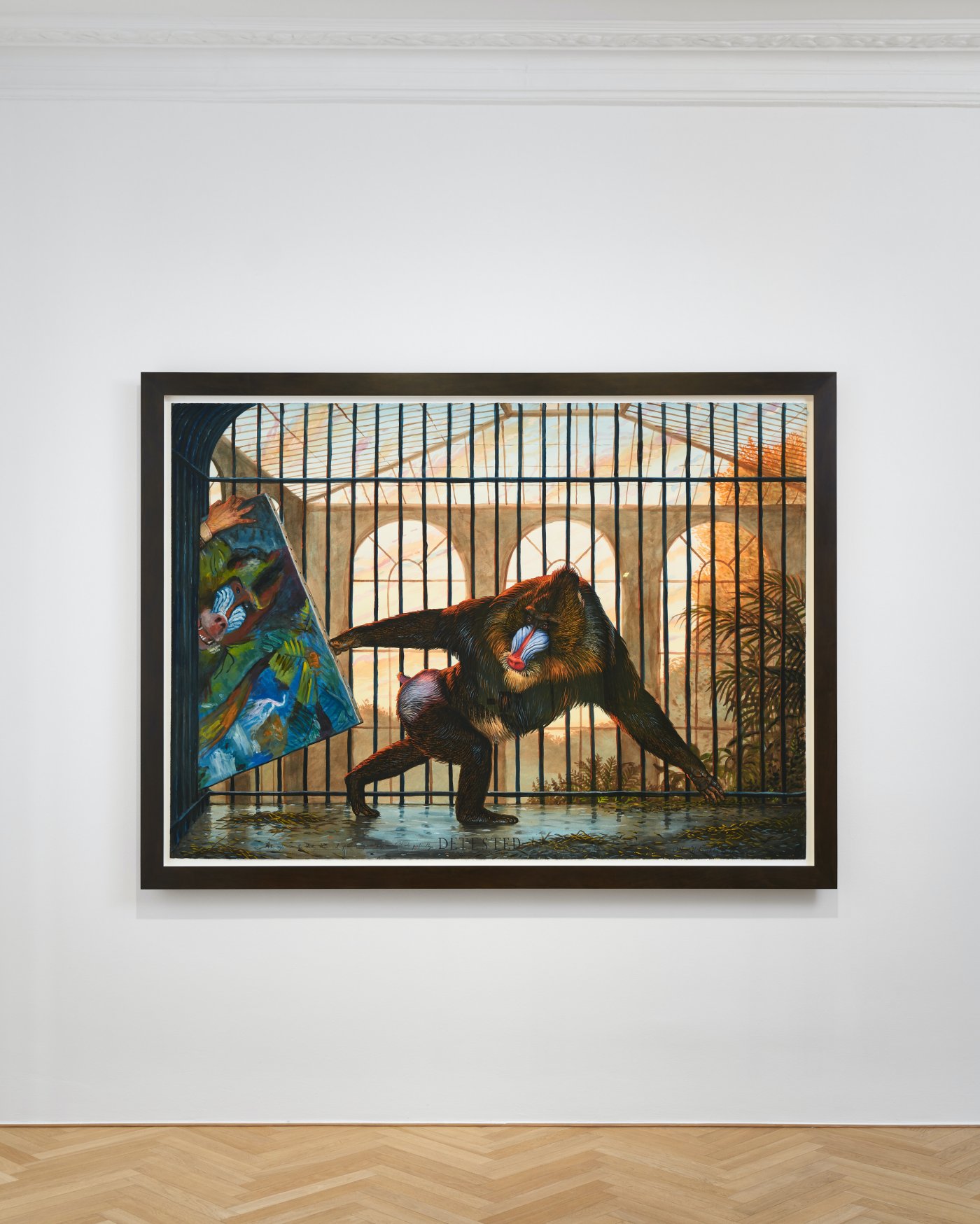 Ford is known for his monumental and extremely detailed watercolours depicting wild animals. His works expand upon the visual language and narrative scope of traditional natural history painting. Influenced by historical sources such as the illustrations of John James Audubon (1785-1851), who gained popularity with his life-sized drawings of birds, the artist creates works of a unique luminosity in watercolour, gouache, and ink.

Drawing from a variety of sources, including scientific illustrations, historical events, underground comics, literature, films, and myths, he creates unique, surreal stories with a spark of black humour.

“When I read a story that gives me an idea for a picture,” he explains, “I try to bring elements to the painting that are not contained in the text, so there’s a visual dimension to it you could never find elsewhere.”

Ford’s masterfully precise way of working presents minutely detailed renderings of individual species and their behavioural patterns, and foregrounds the cultural-historical encounter between animals and humans as well.

Many of the works on view at Galerie Max Hetzler powerfully reflect on bizarre and often violent encounters between humans and wildlife, and their consequences. Although animals such as monkeys, felines, wolves, bears, and birds are undoubtedly the main protagonists in the artist’s works, and human figures rarely appear, their presence is always implied.

In the work Suicide Clutch (2021), a motorcycle has been attacked by a large, snarling cheetah, suggesting a near-fatal encounter between man and beast. In The Flaming Fields (2020), Mount Vesuvius dramatically spits clouds of fire and ash in the background, illuminating the night sky, whilst Sir William Hamilton’s pet monkey climbs a classical marble sculpture on the overlooking balcony. Relics of human achievement, such as a magnifying glass, telescope, and a notebook, are arranged in a manner reminiscent of a vanitas still life. In Detested (2020), Ford portrays a mandrill in a tug-of-war with Oskar Kokoshka (1886-1980) and the artist’s painting of the primate, commenting on the grandiose egotism of artists. Other works such as Threnos (2020) and MORGUNDÖGG (2020) draw strongly from ancient mythology, reflecting on man’s history with—and deepest instincts towards—animals, with attitudes alternating between fear and awe.

In this way, Ford creates an exotic cosmos of spectacular man-made stories. In dazzling colours, his works reveal a fragile alliance between civilisation and wilderness, beauty and brutality.