Mai 36 Galerie presents Suite Matrimonial; an exhibition presenting the sculptural works of Rita McBride and the paintings of Glen Rubsamen installed together, for the first time, in ten composed ensembles. 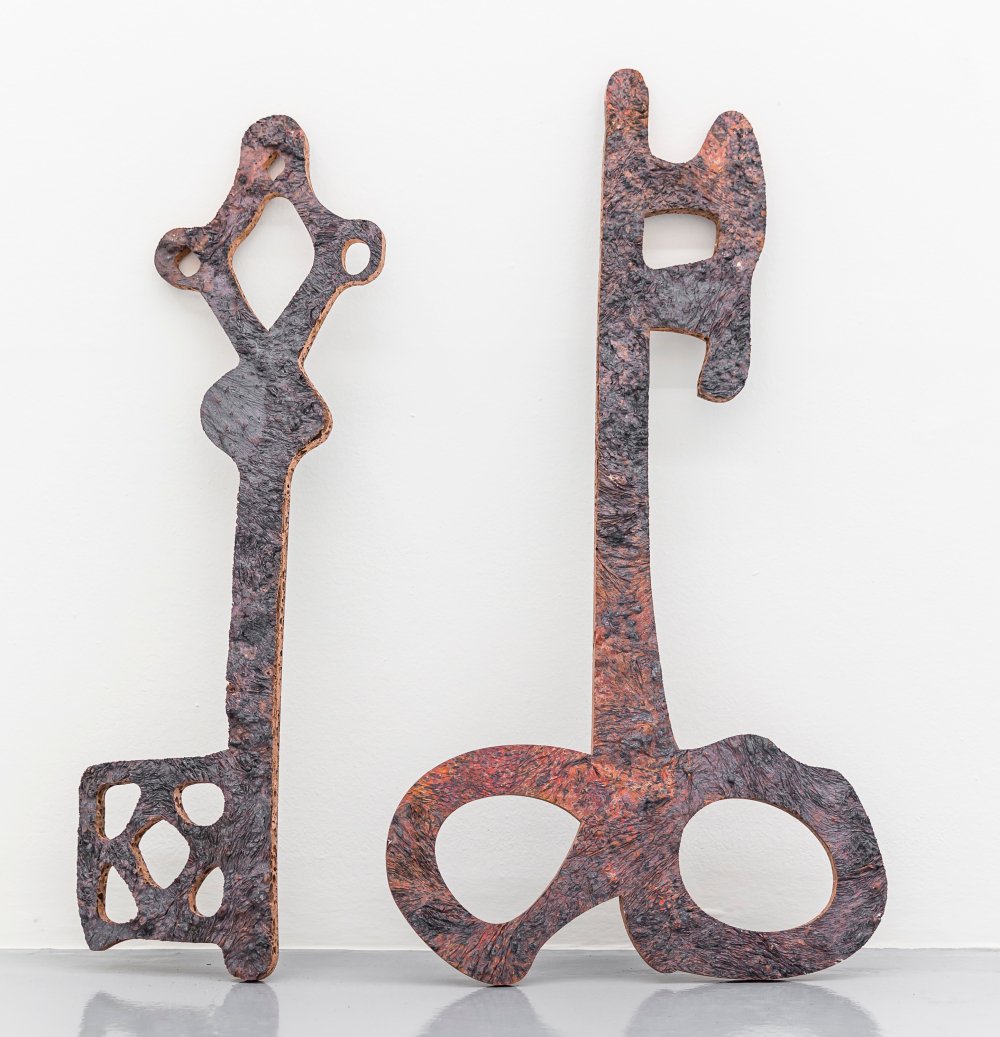 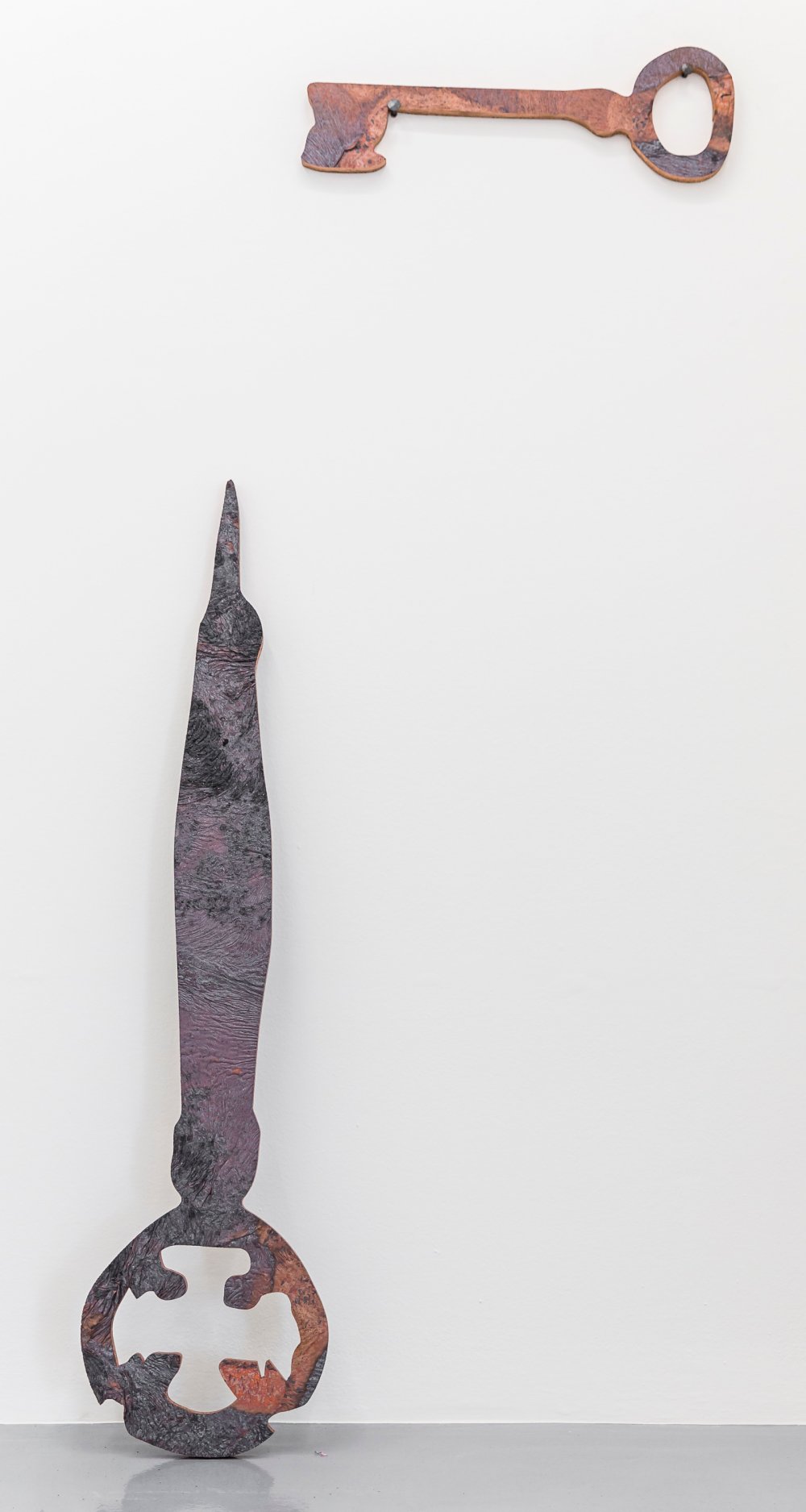 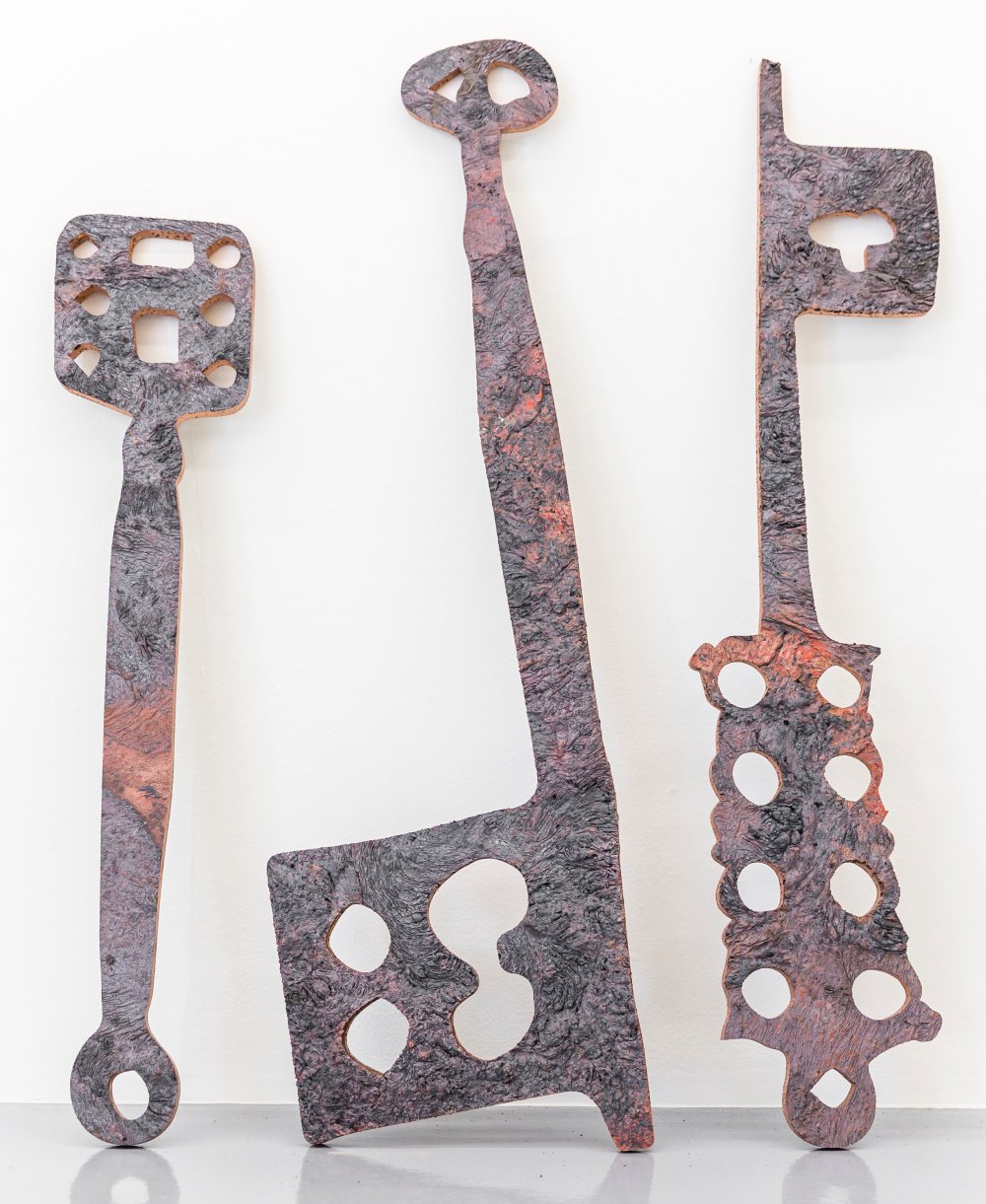 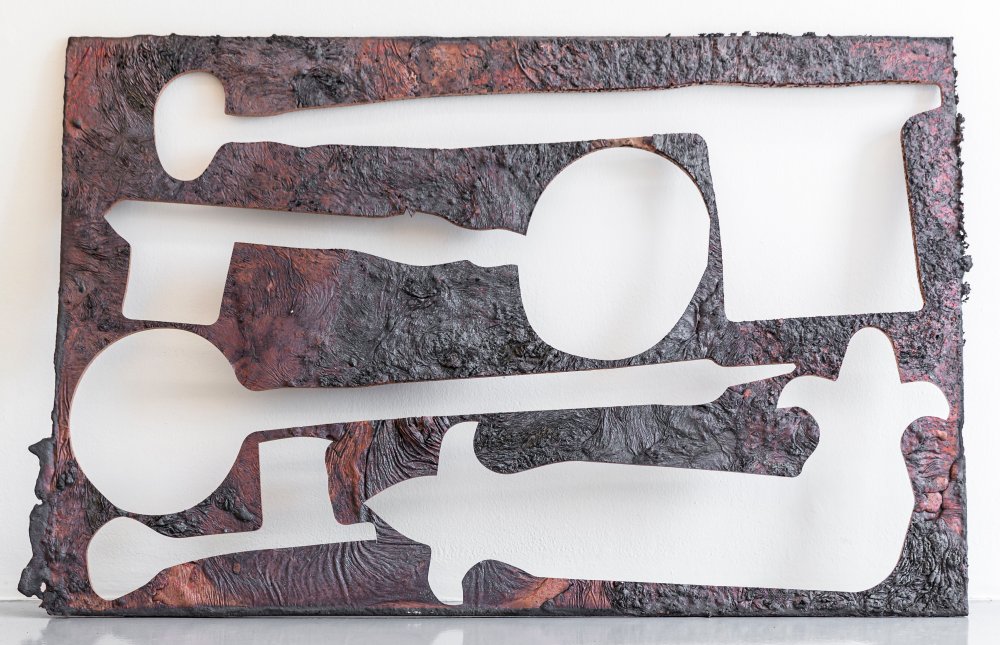 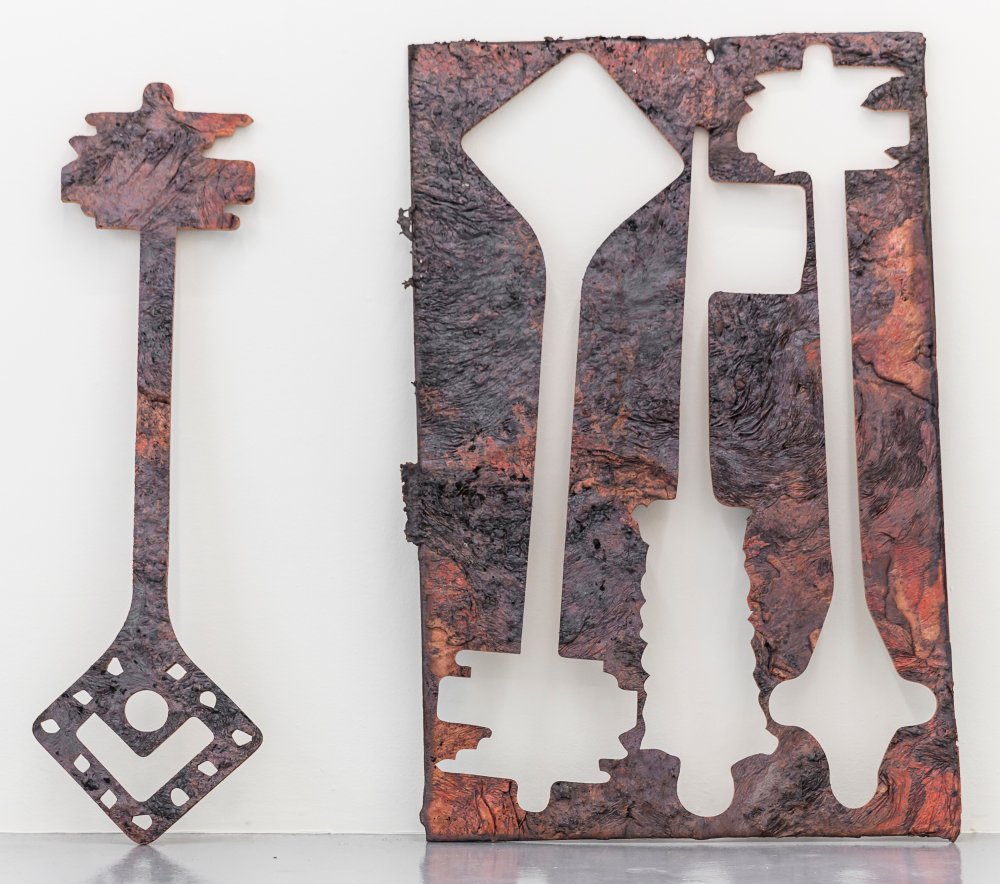 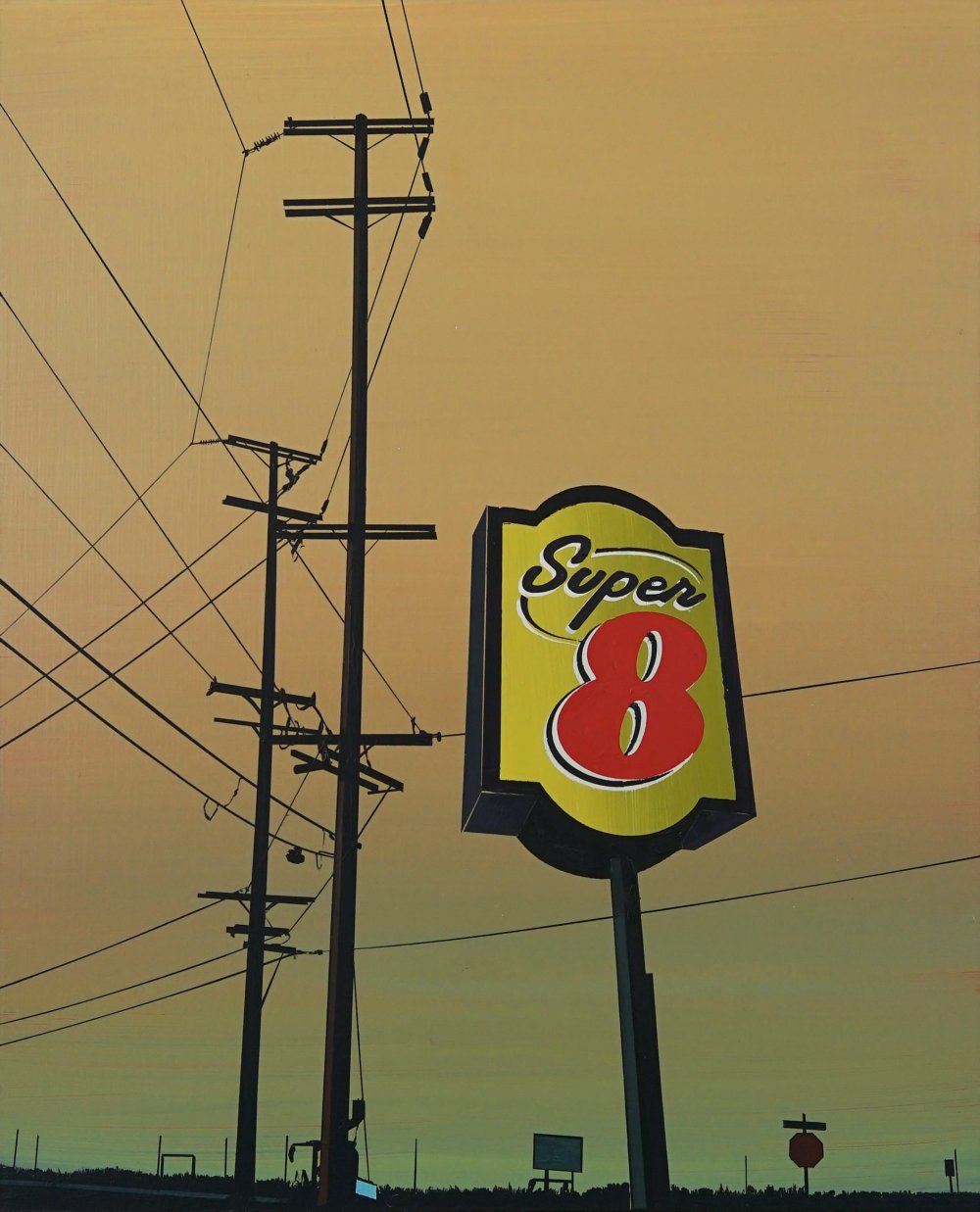 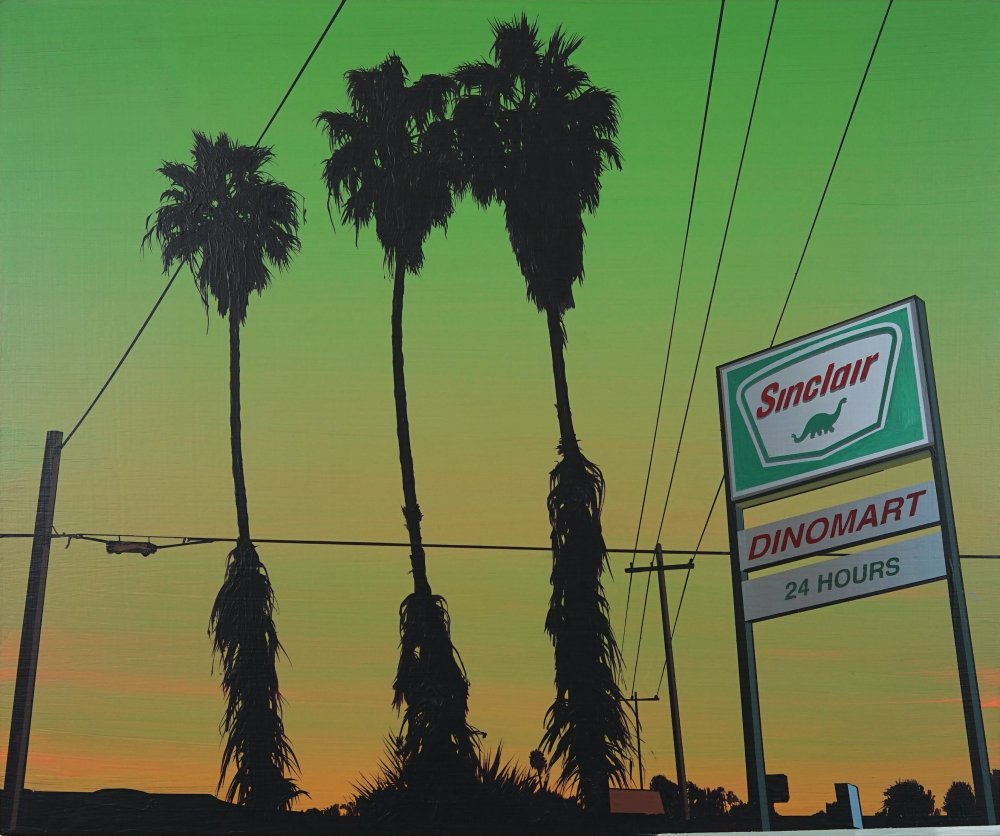 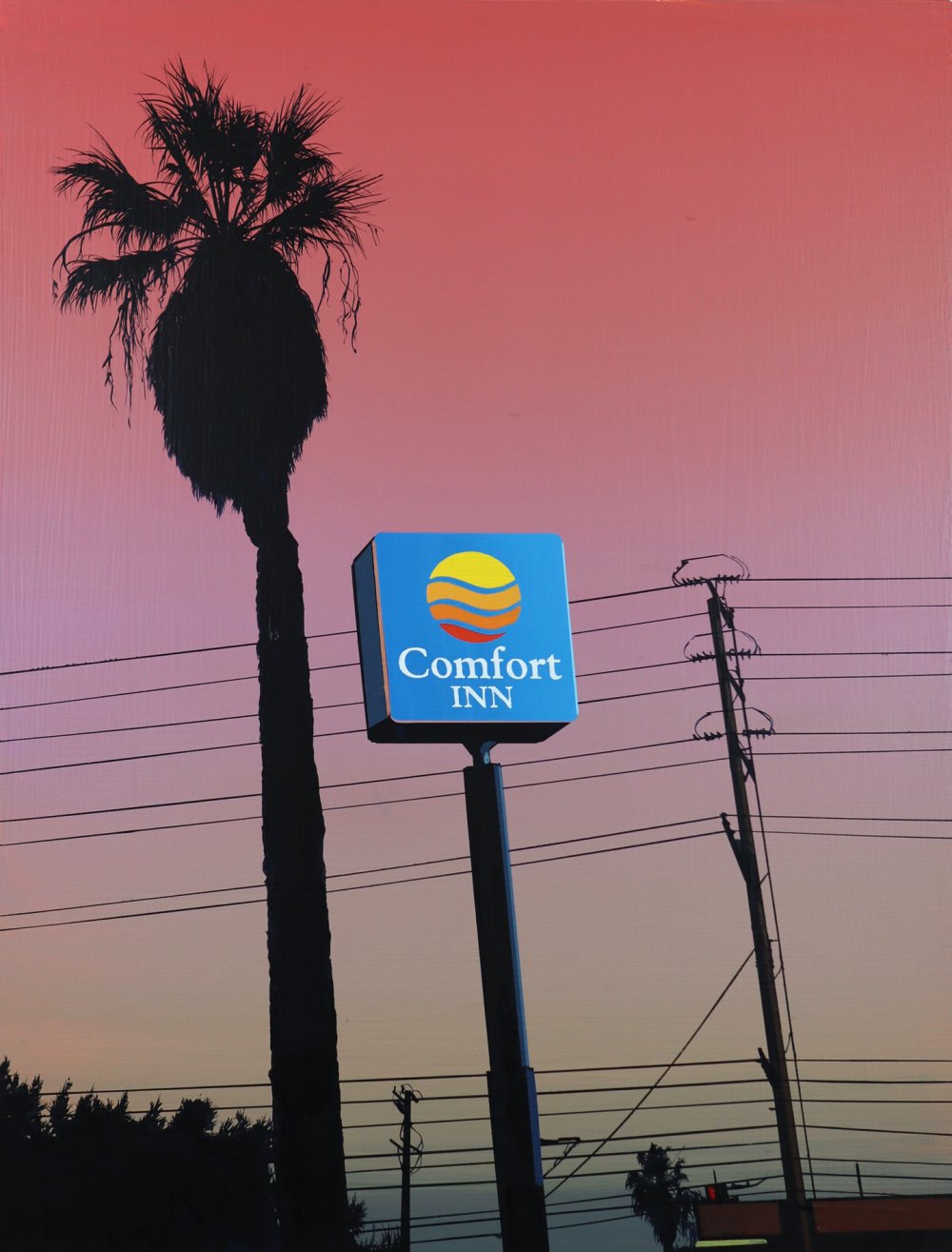 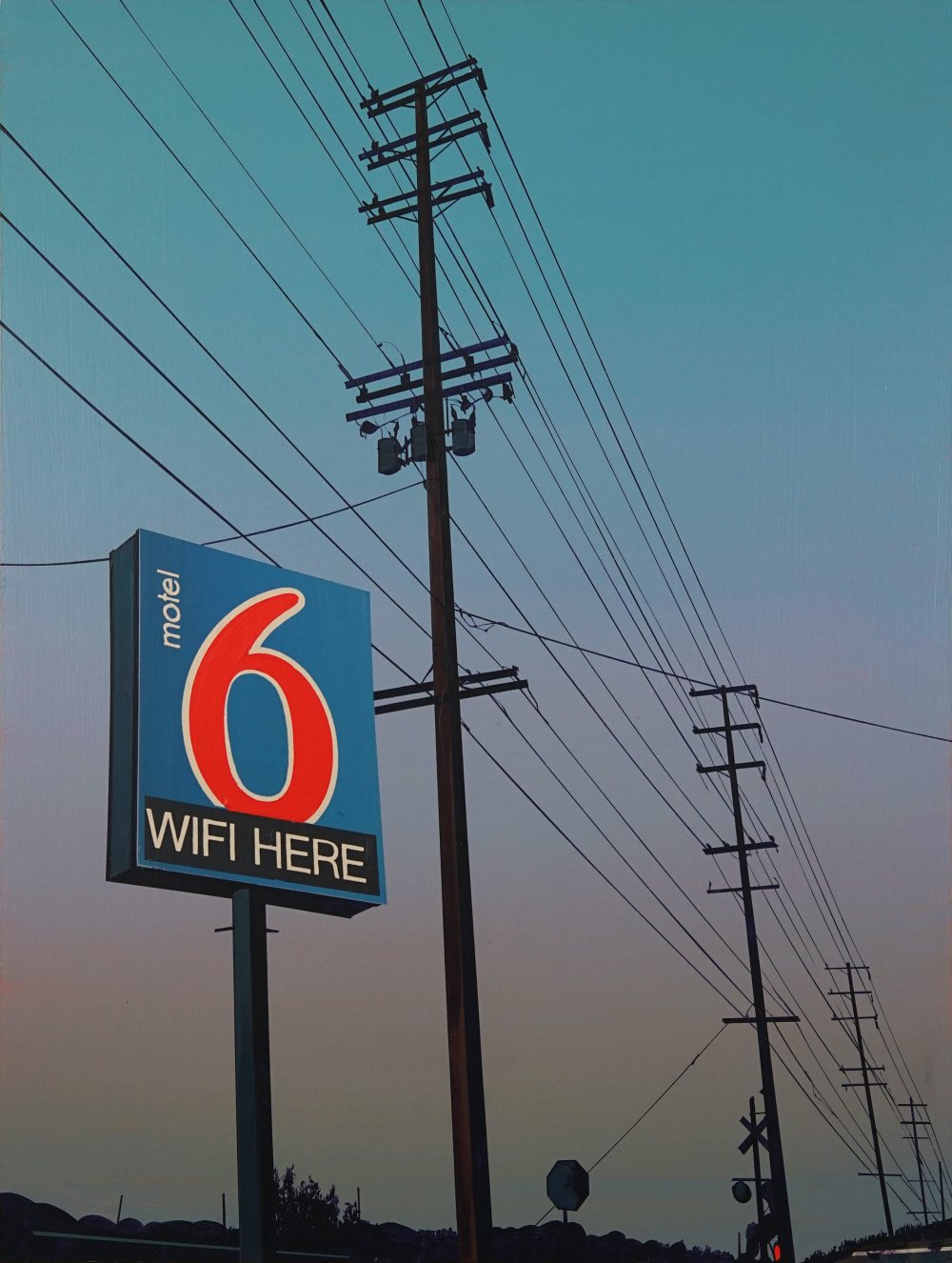 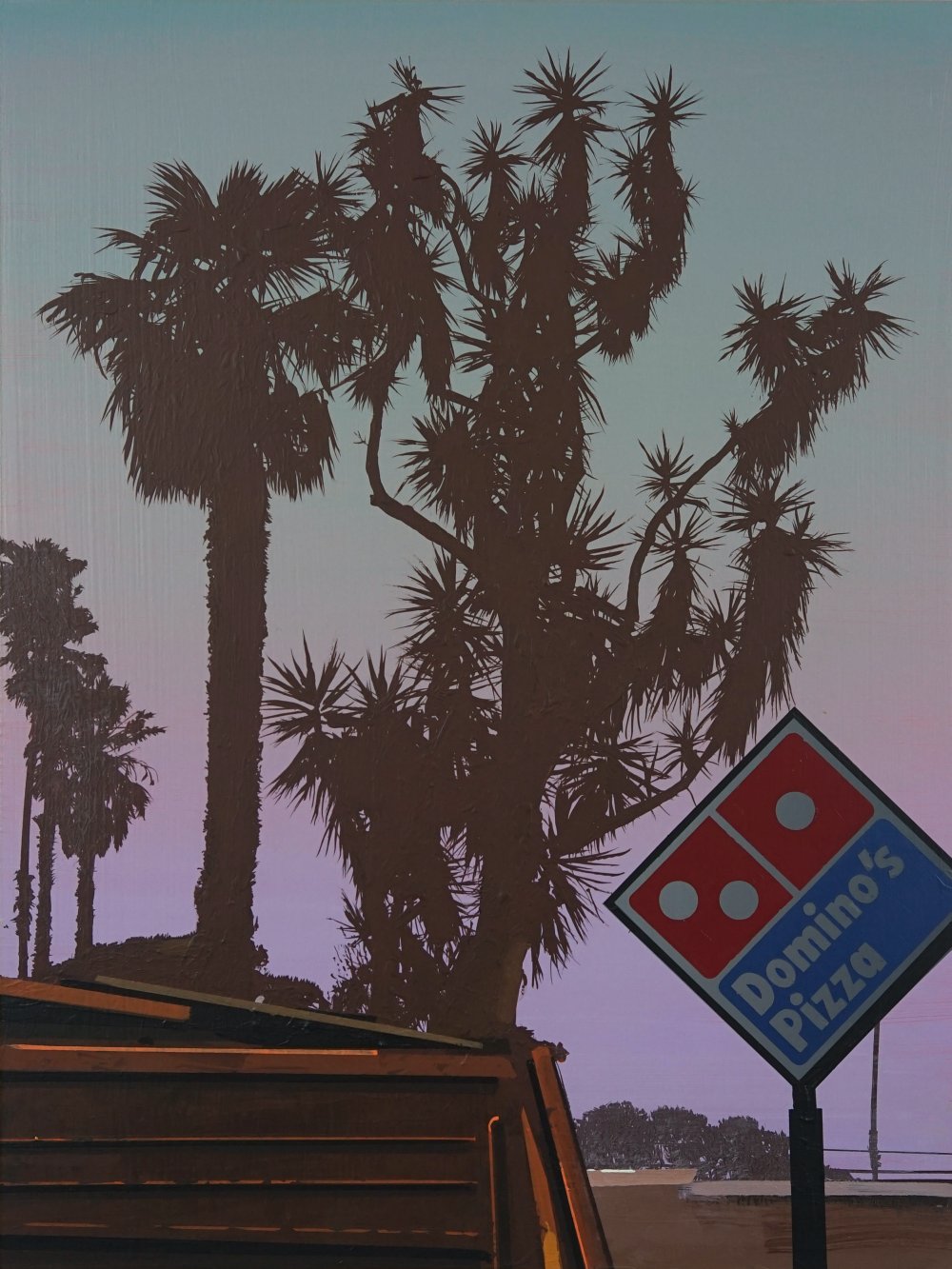 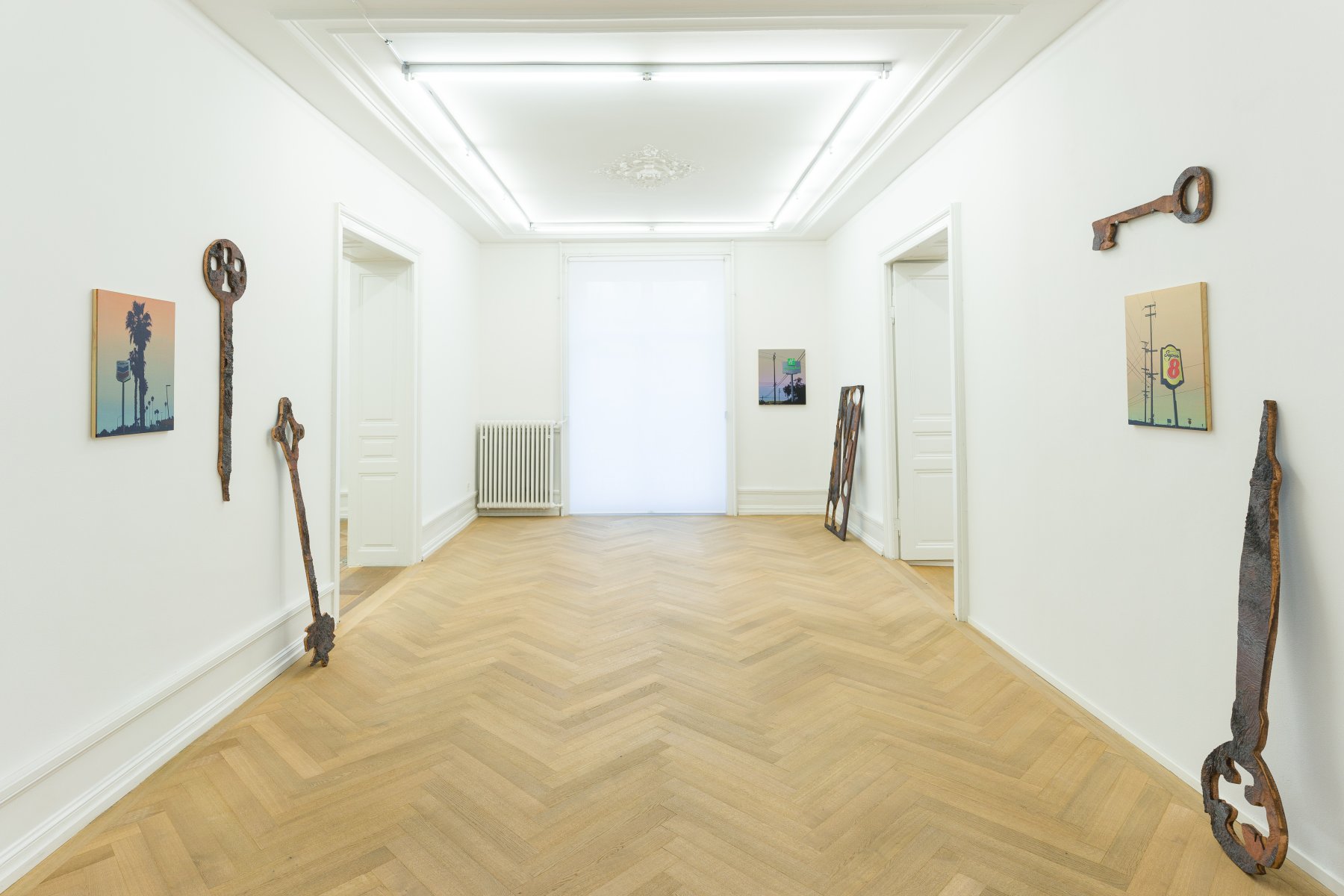 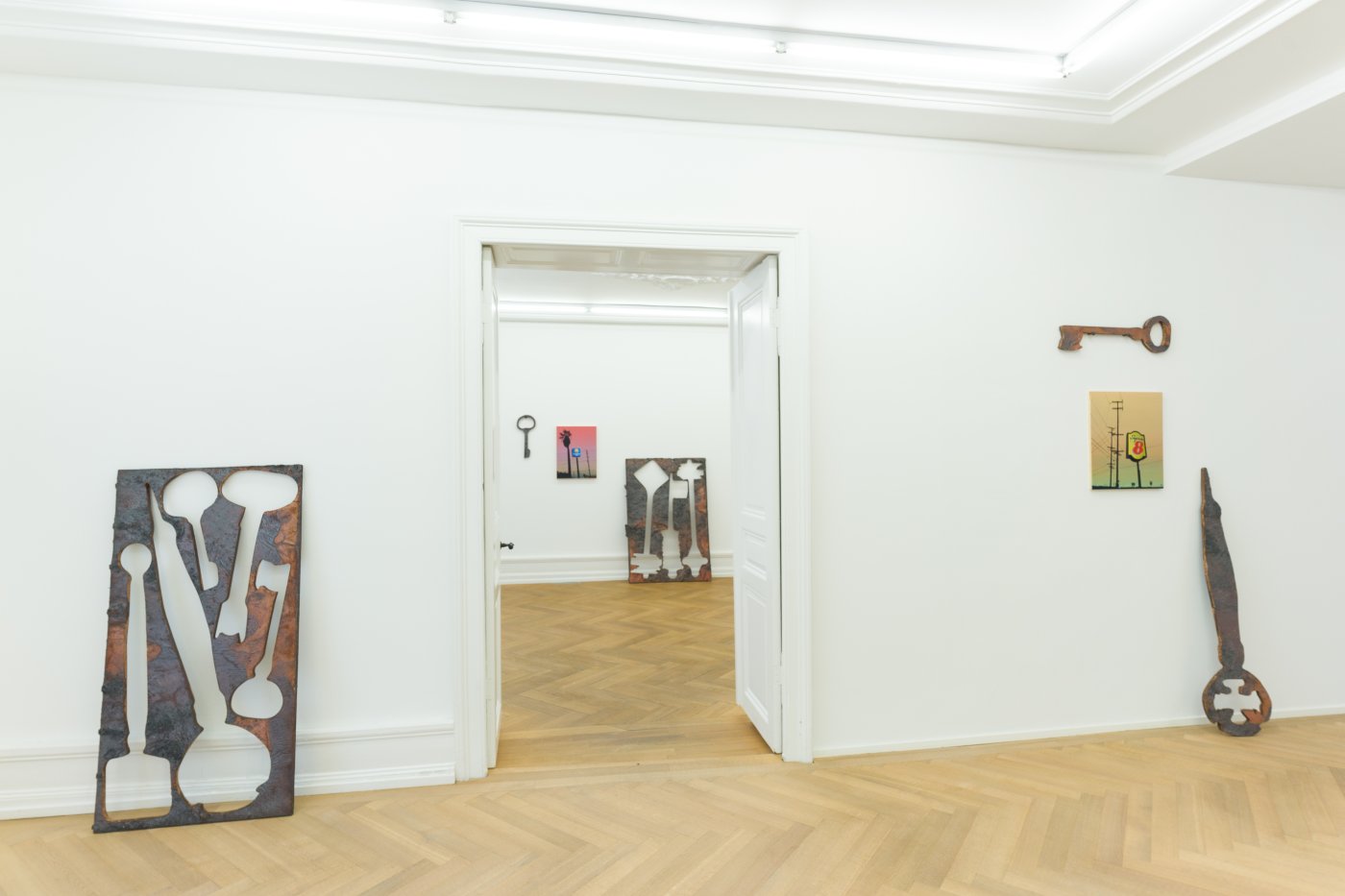 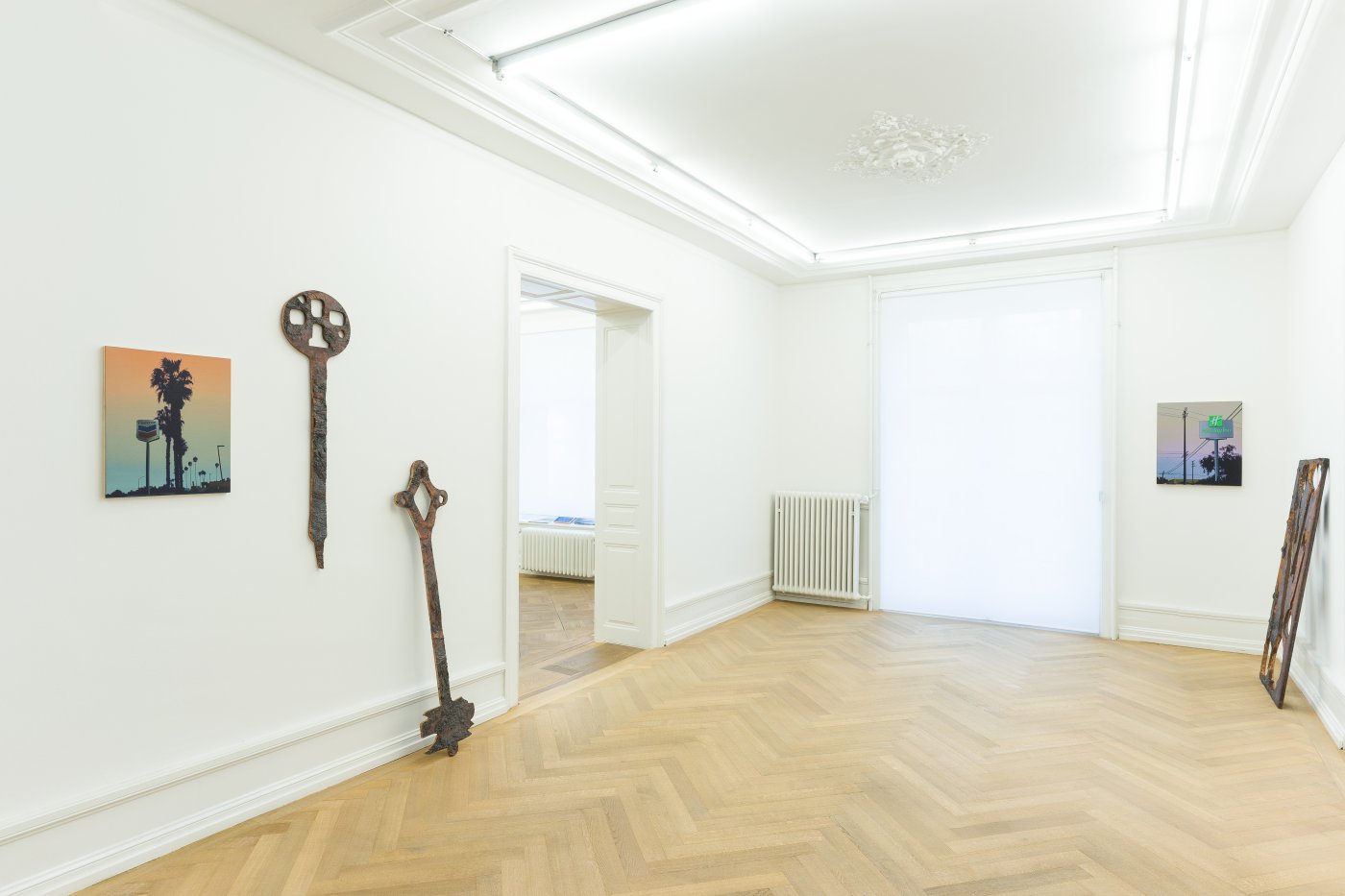 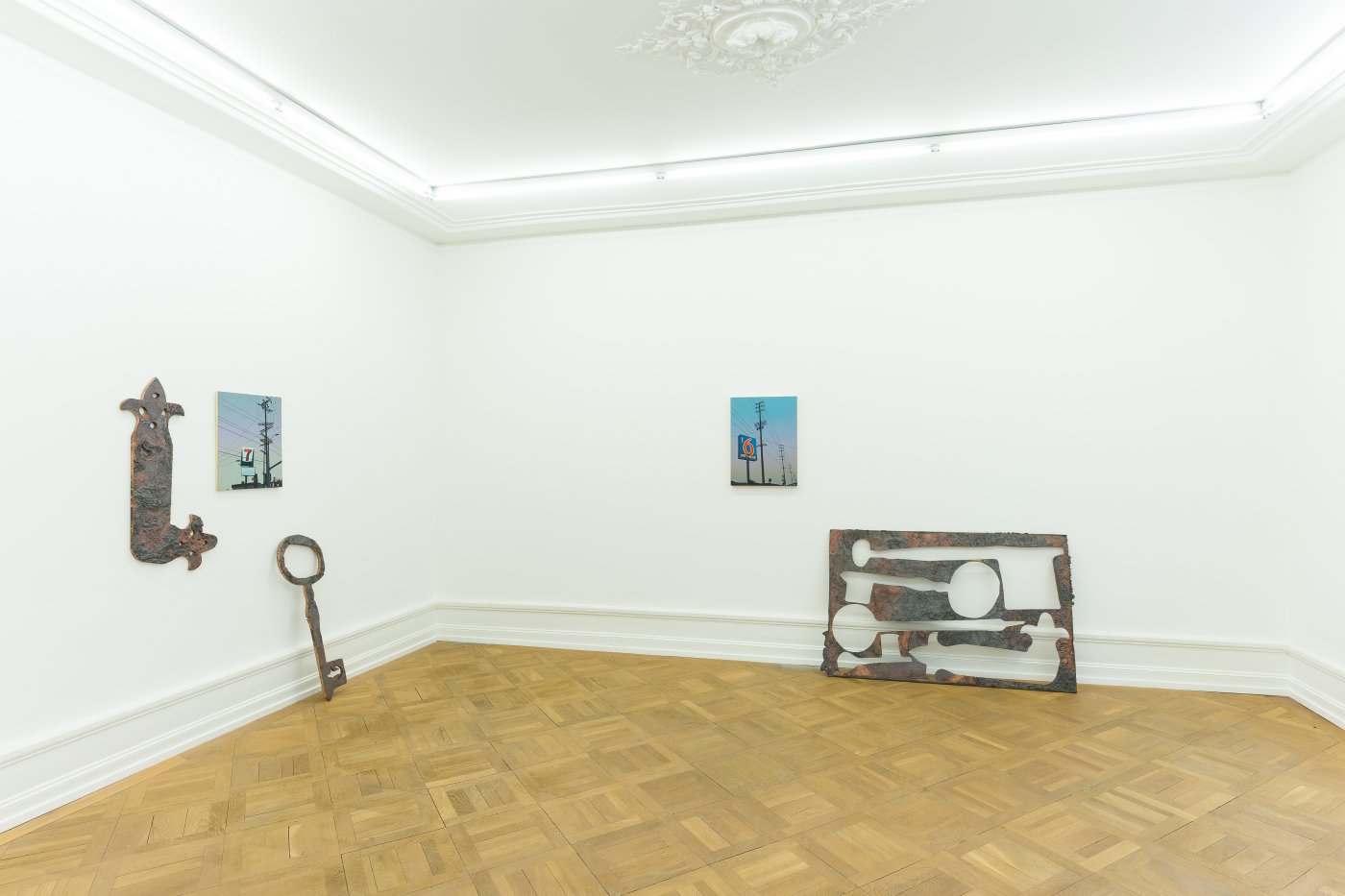 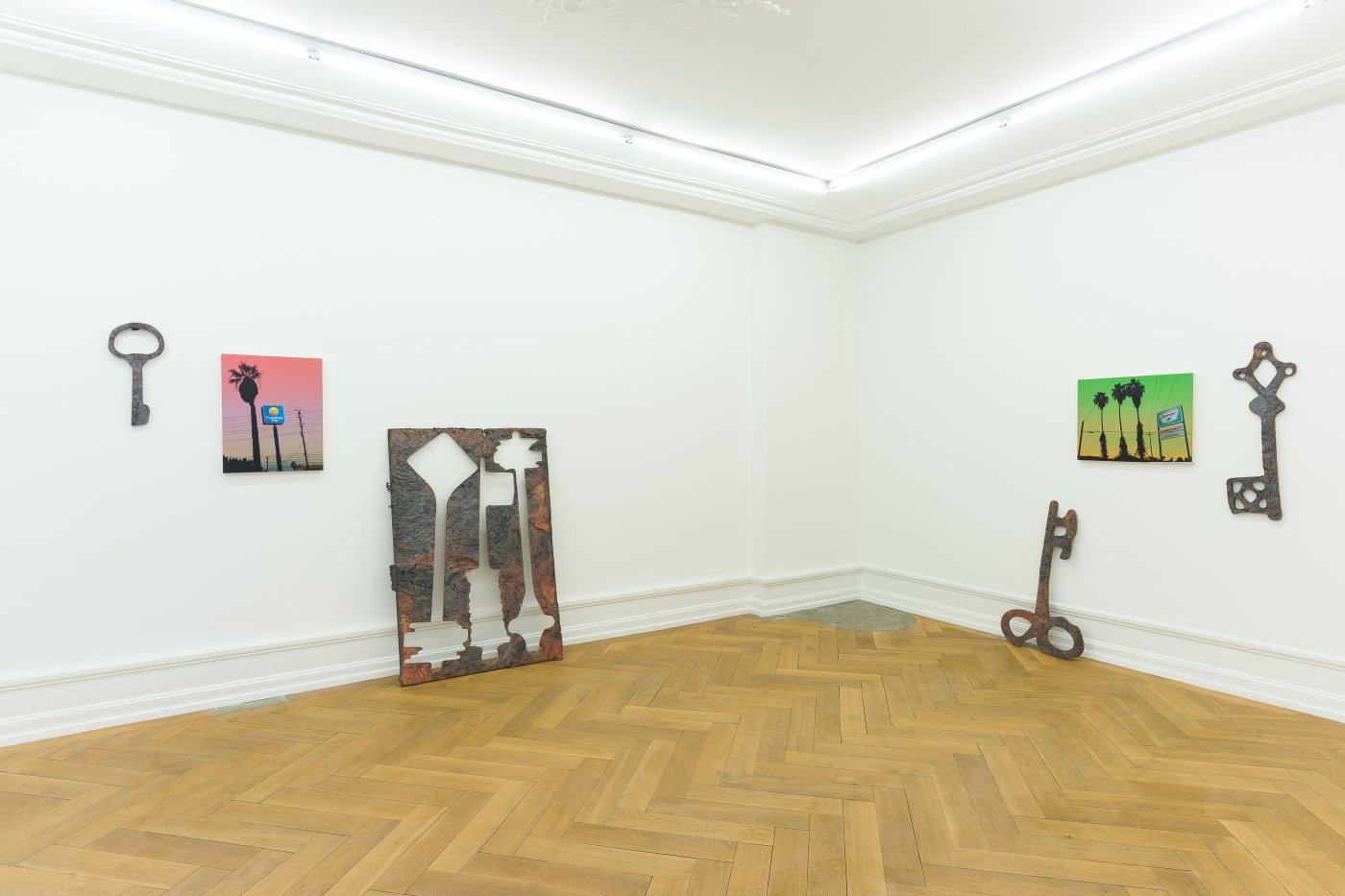 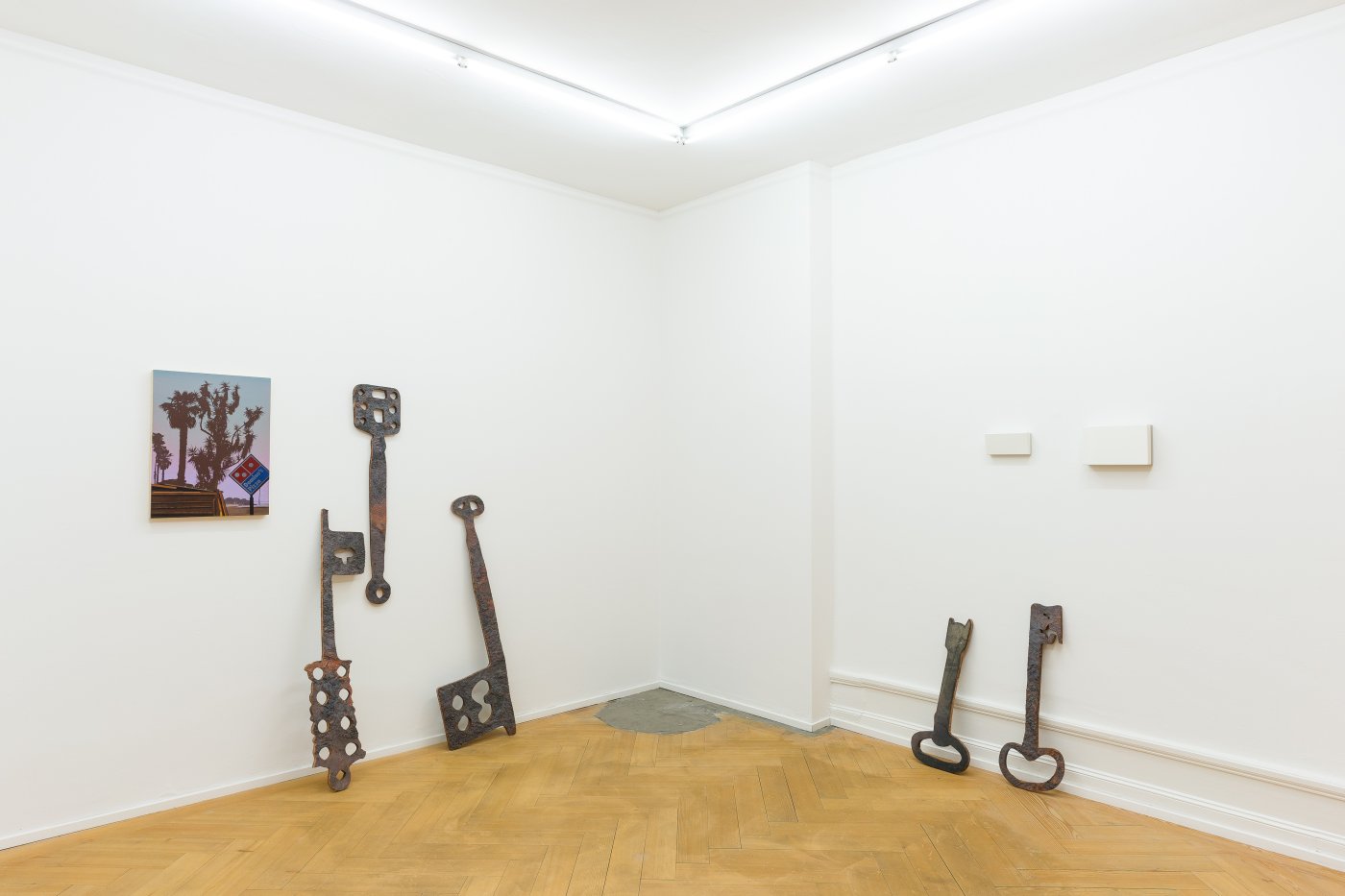 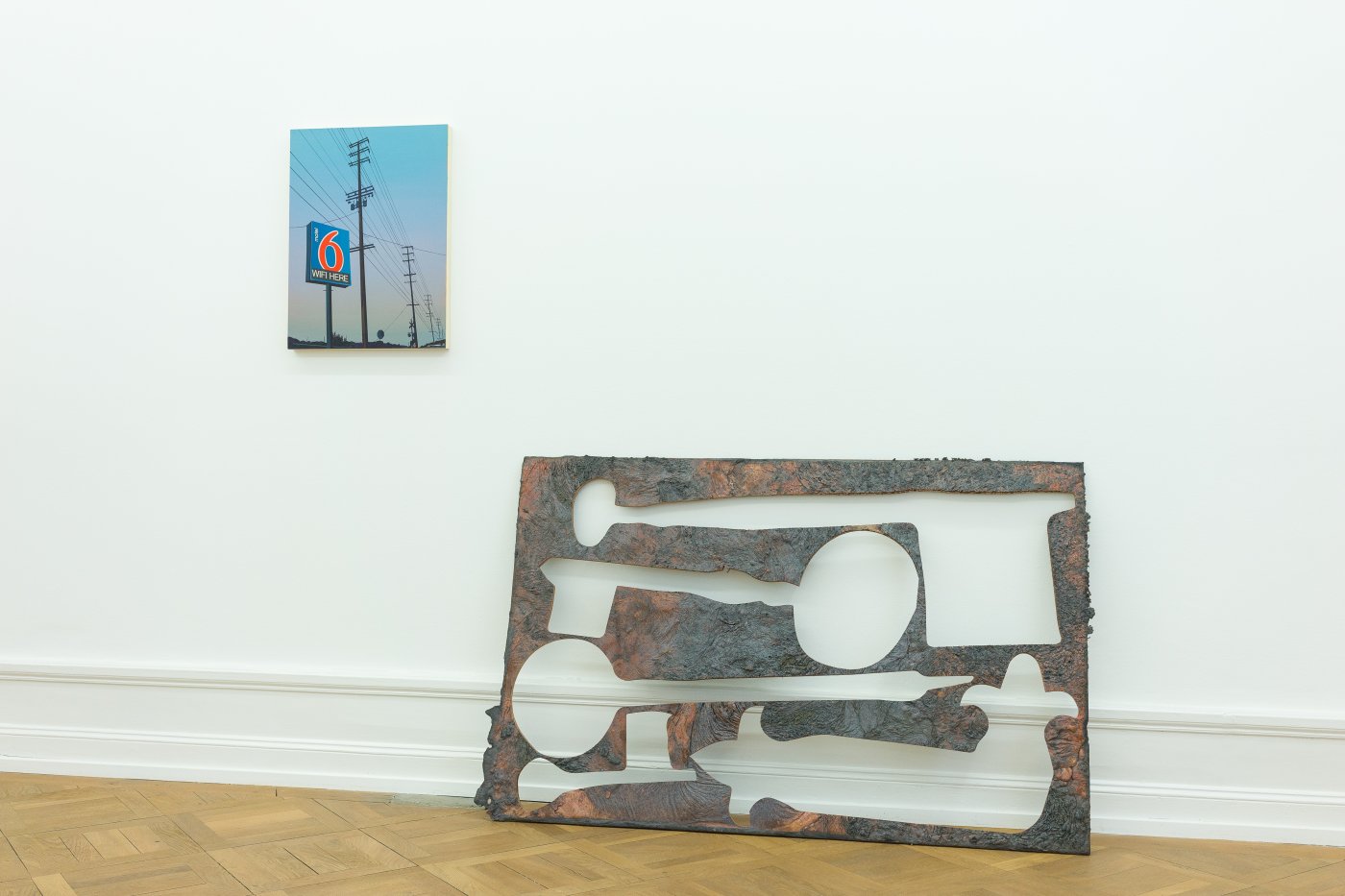 The exhibition Suite Matrimonial is inspired by the intimacy of proximity found uniquely in artworks that are realized and produced in a context of shared space. McBride’s works are full of material and scale shifts that add complexity and contradiction to ordinary artifacts from contemporary life. The works of Glen Rubsamen chronicle an ever evolving landscape laden with urban blight and brave nature. The artists together explore a further relational possibility in exhibiting their works in ensembles that are informed by the collection installation of the Barnes Foundation (Philadelphia, USA ) where household tools may be found next to Impressionist paintings along with pottery and jewelry of American Indigenous peoples in an inclusive and transforming dynamic.

Included in these ensembles are ancient keys sand cast in bronze and paintings depicting contemporary roadway signage neighbored by nature. These diverse elements in the ensembles speak to each other of the ancient origins of visual narrative in typography and the fragmented connections and hierarchies between applied and fine arts. The invitation card for the exhibition hints at this dichotomy as embodied in the french phrase “mise en abîme”, a formal technique of placing a copy of an image within itself, a story within a story. The ensembles form a third intimacy within the public shared space of the exhibition, were the act of looking is highlighted and experienced collectively.

Glen Rubsamen, born in 1957 in Los Angeles, is a painter whose works depict a new culture/nature symbiosis in the global landscape. The works exhibited in Clear From The Start, seen in the gallery in 2019, addressed the so-called “white elephants” of the landscape genre: nuclear power plants, oil drilling platforms, missile launching bases, billboards and pylons were staged in loud colors and low light reminiscent of dawn or twilight. Mai 36 Galerie has been working together with the artist since 1999.

The artistic practice of Rita McBride (born 1960) embraces institutional critique and encompasses a broad spectrum of genres. Since 2003, she has been a professor of sculpture at the Kunstakademie Düsseldorf and from 2013-2019 she served as its rector. “Keys” are a central theme found in the recent publication titled Speech! which is a collection of public speeches she delivered as an artist rector. Her work has been widely exhibited in the world with many institutional solo presentations. She has been represented by Mai 36 Galerie since 1999.

Courtesy of the artists and Mai 36 Galerie, Zürich