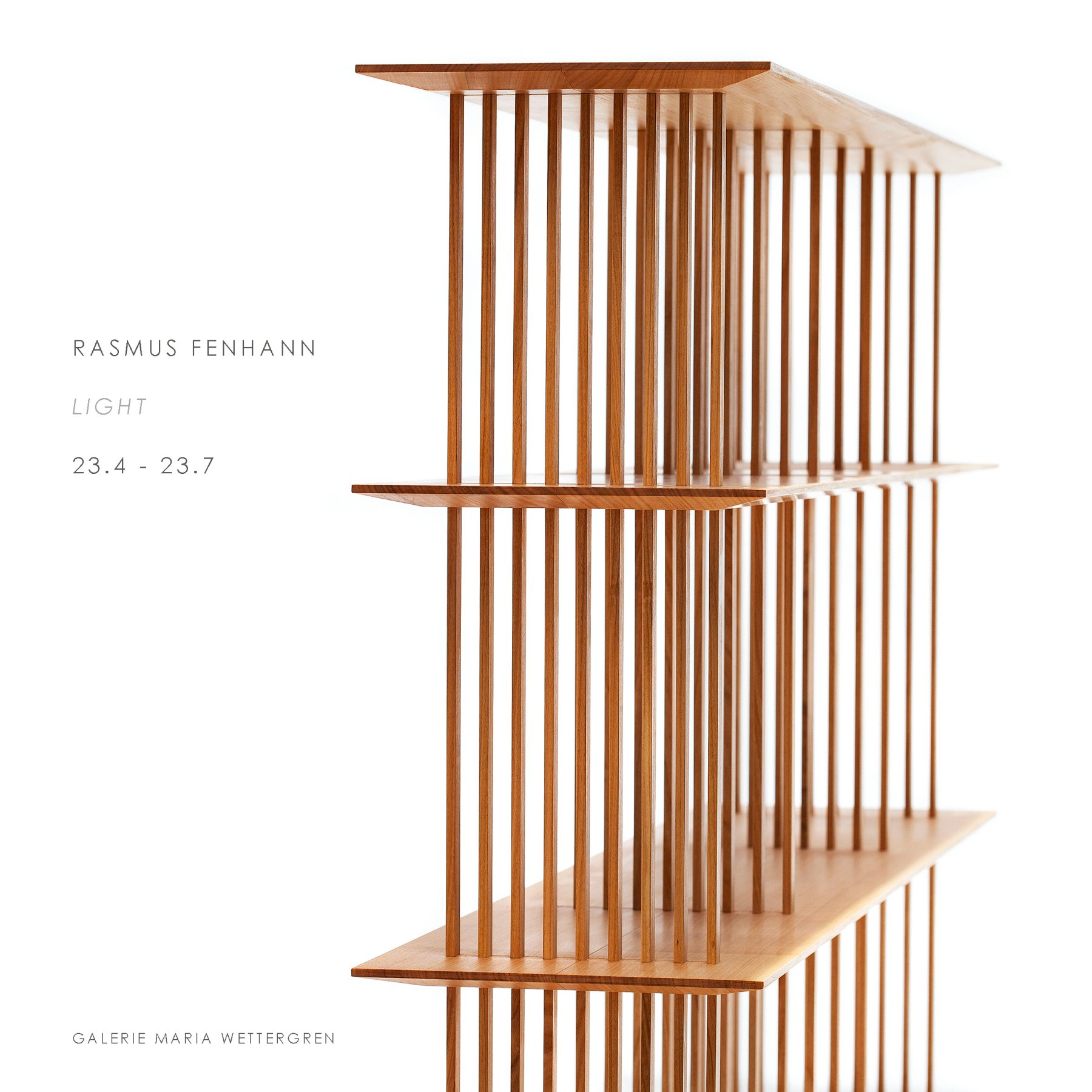 Japanese Zen cabinetmaking, computer technology and artistic originality come together in a harmonious whole in Rasmus Fenhann’s furniture. Creating pieces with an equal focus on sculptural and functional qualities, Rasmus Fenhann works almost exclusively with wood, which he carefully selects for each project. His process combines traditional and sometimes near-forgotten craft techniques with advanced technology and tooling. Fenhann’s main source of inspiration is traditional Japanese woodwork and Danish cabinetmaking, with his works often incorporating personal interpretations of select aspects of these craft traditions. His intimate relationship with Japanese cabinetmaking is central to his practice. “It has to do with the ability to zoom in infinitely”, he says. Like the Japanese shokunin artisan, Fenhann tolerates no flaws, however tiny. Time is a crucial factor, and repetition ad infinitum is expected until perfection has been attained. His work is also stimulated by nature and the mathematical properties of natural forms – universal forms unaffected by human control. Today he is considered one of the most important Scandinavian designers within the field of hand-crafted collectible design.

Rasmus Fenhann has a double education, graduating from the Danish Royal Academy of Art and Design, Furniture Department 1997-2003, and as a Cabinetmaker 1991-1996. He has exhibited internationally, notably in Europe and in the United States, and his works are part of important private and public collections such as the permanent collection of Design Museum Danmark. Rasmus Fenhann has received several prizes and awards such as the Danish Arts and Crafts Silver Medal 2004, the Finn Juhl Award 2016 and the H.J. Wegner Award in 2020. Rasmus Fenhann is represented by Galerie Maria Wettergren.