Marlborough London presents a selection of large-scale paintings and works on paper by Gillian Ayres (1930-2018). This will be the first exhibition of the late artist’s work at the Gallery, where she joins a roster among the most accomplished and influential British artists of the 20th century. It offers a rare opportunity to see works made during a transformative period of Ayres’ life in the 1980s and a crucial moment of experimentation which established the artist’s uniquely dynamic and gestural style. Many of these paintings have not been seen for decades, while several other works from the same period were lost in the 2004 Momart fire. 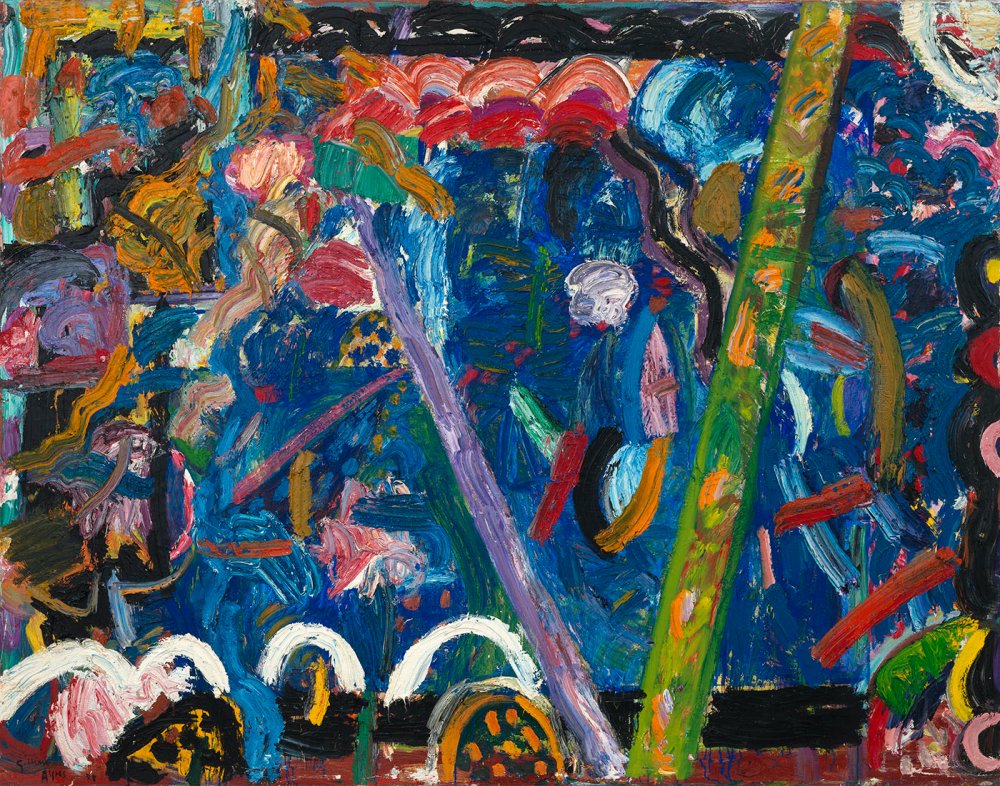 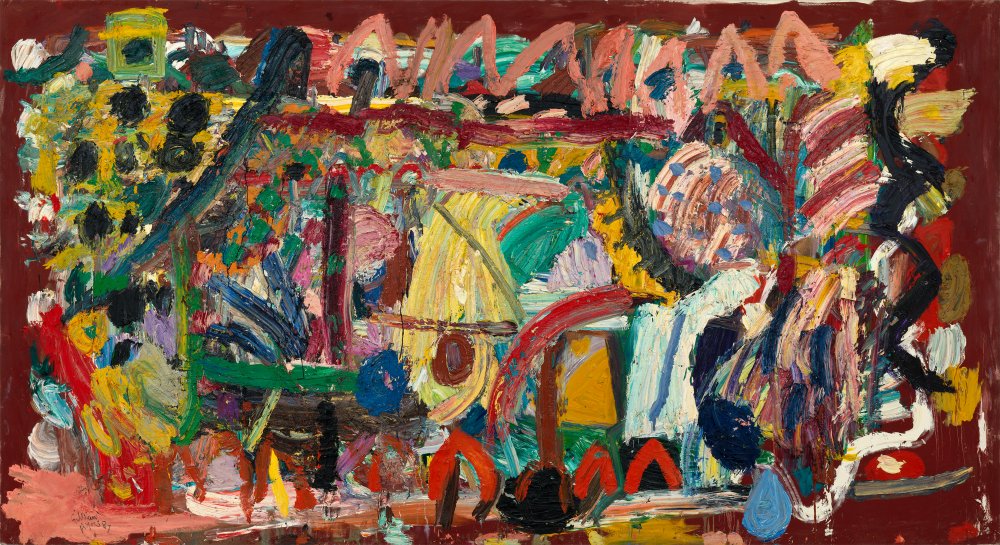 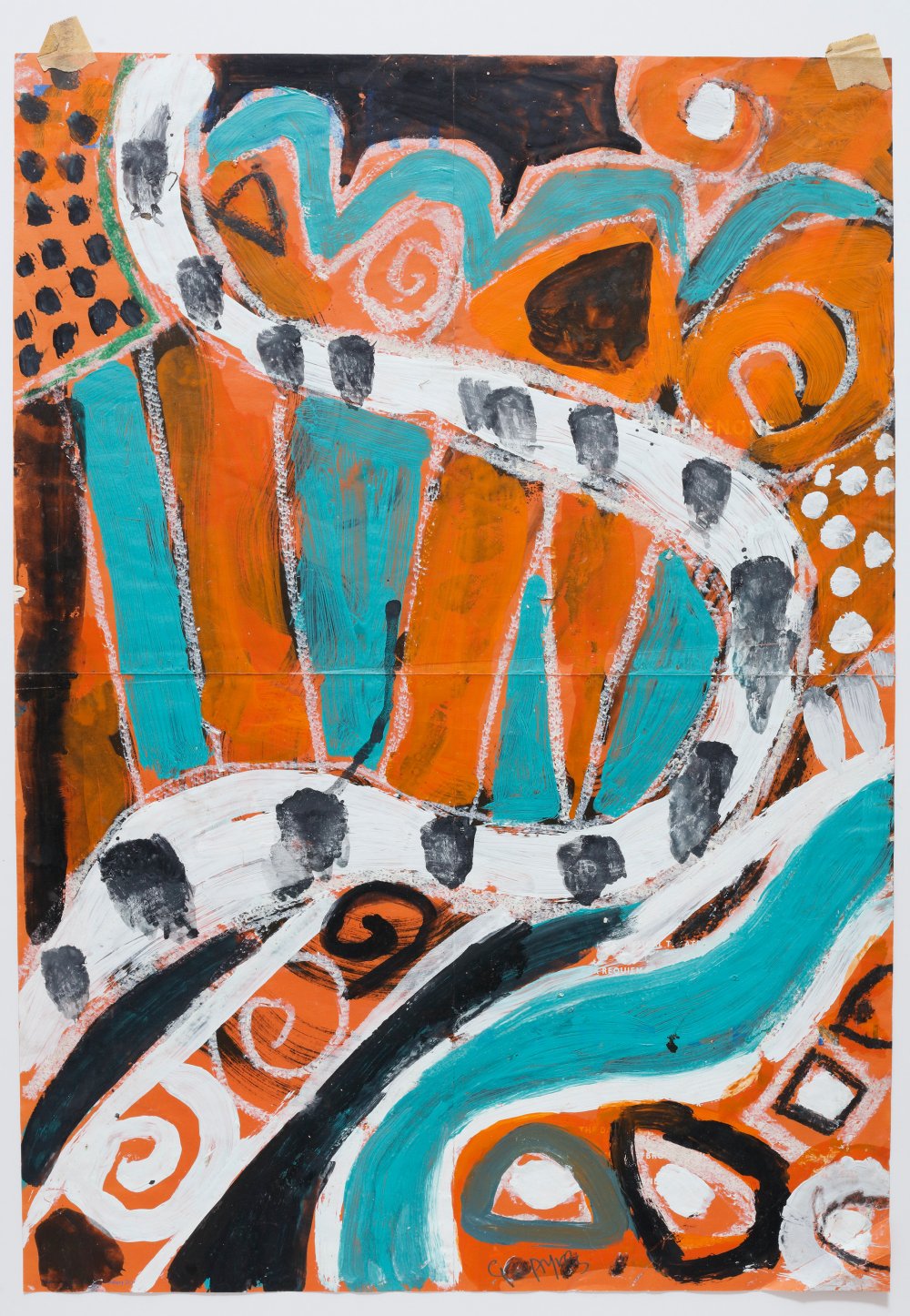 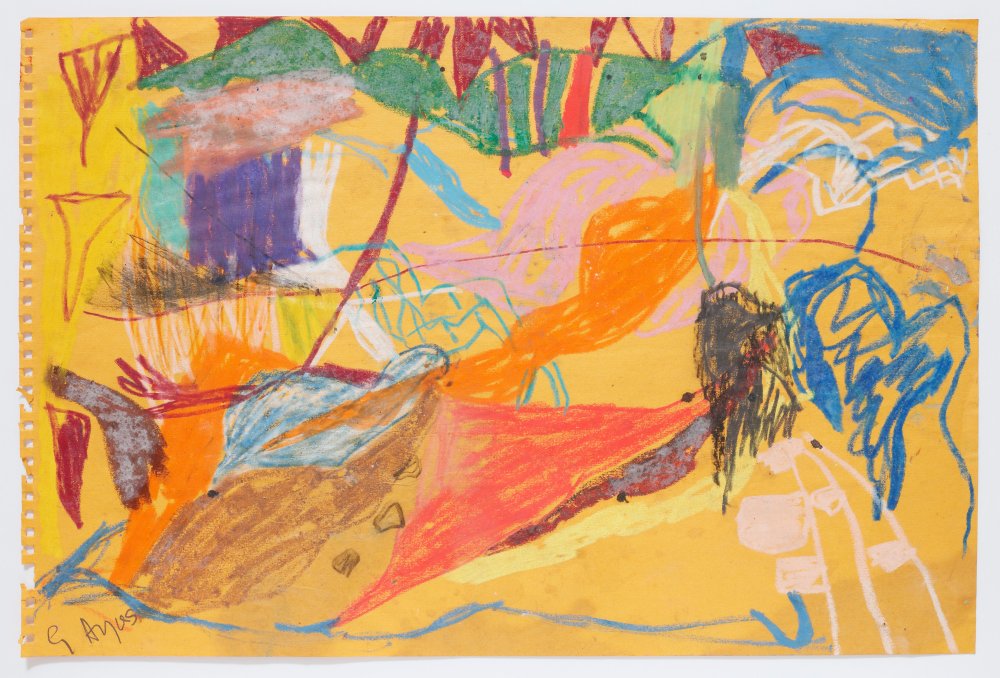 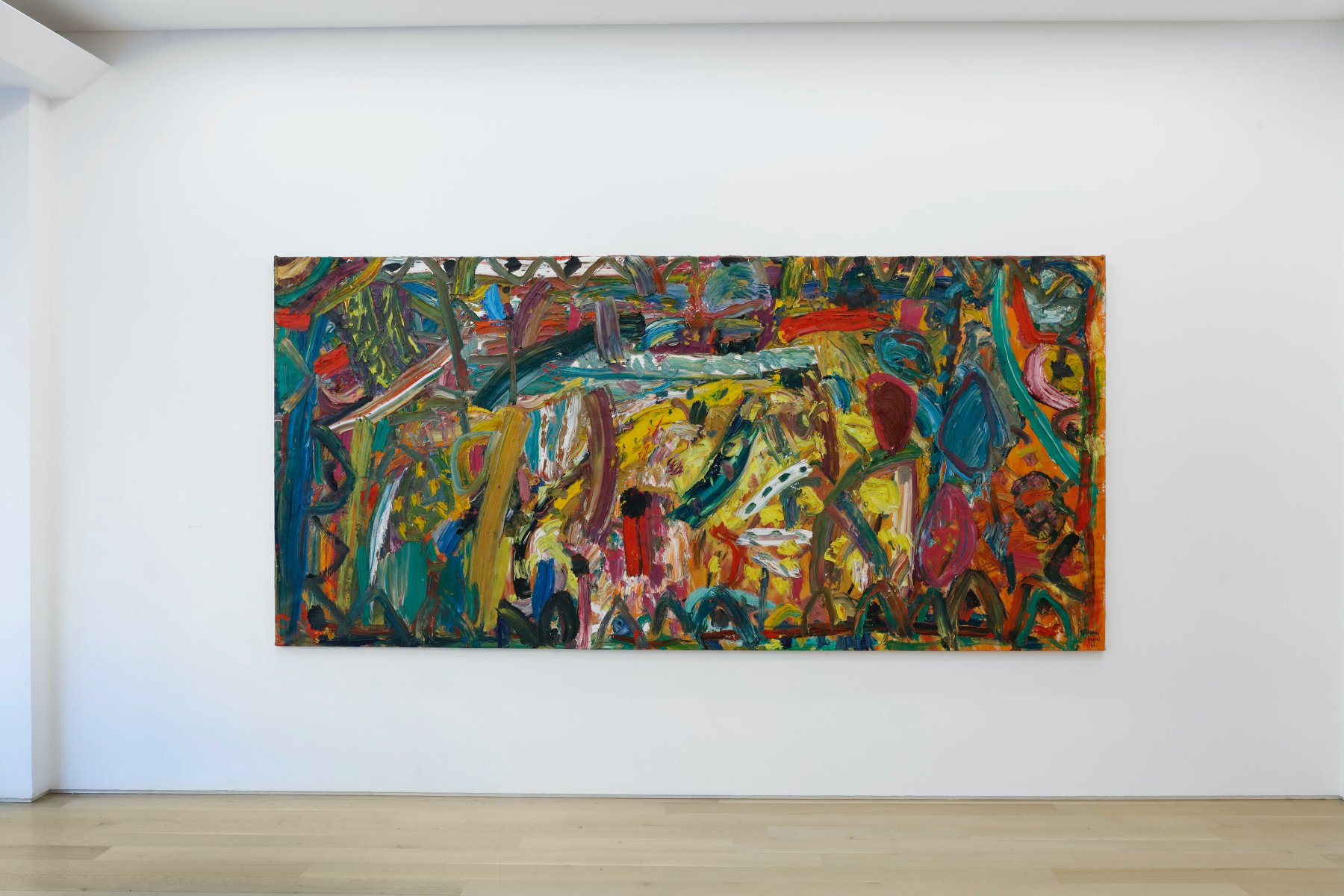 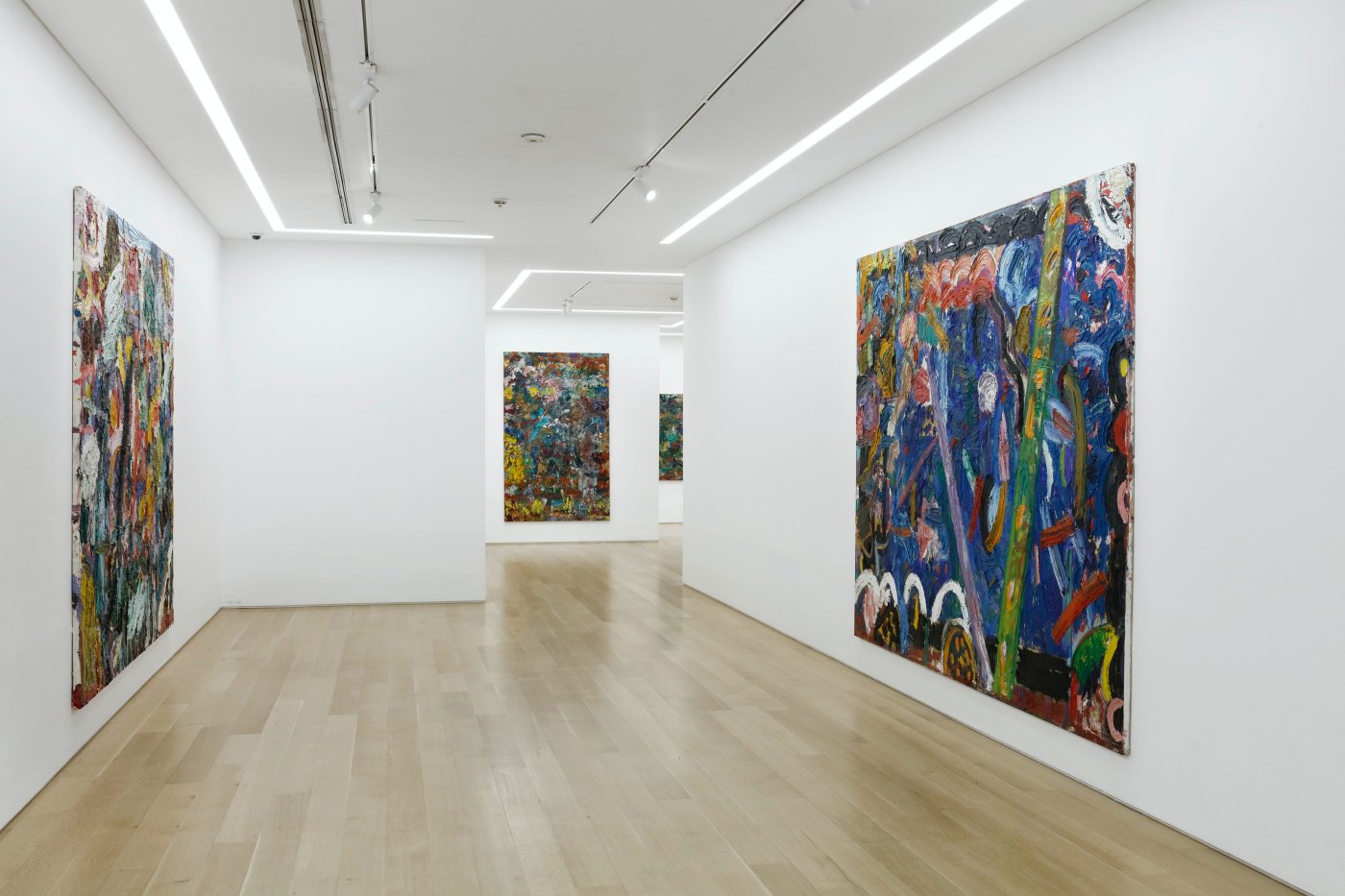 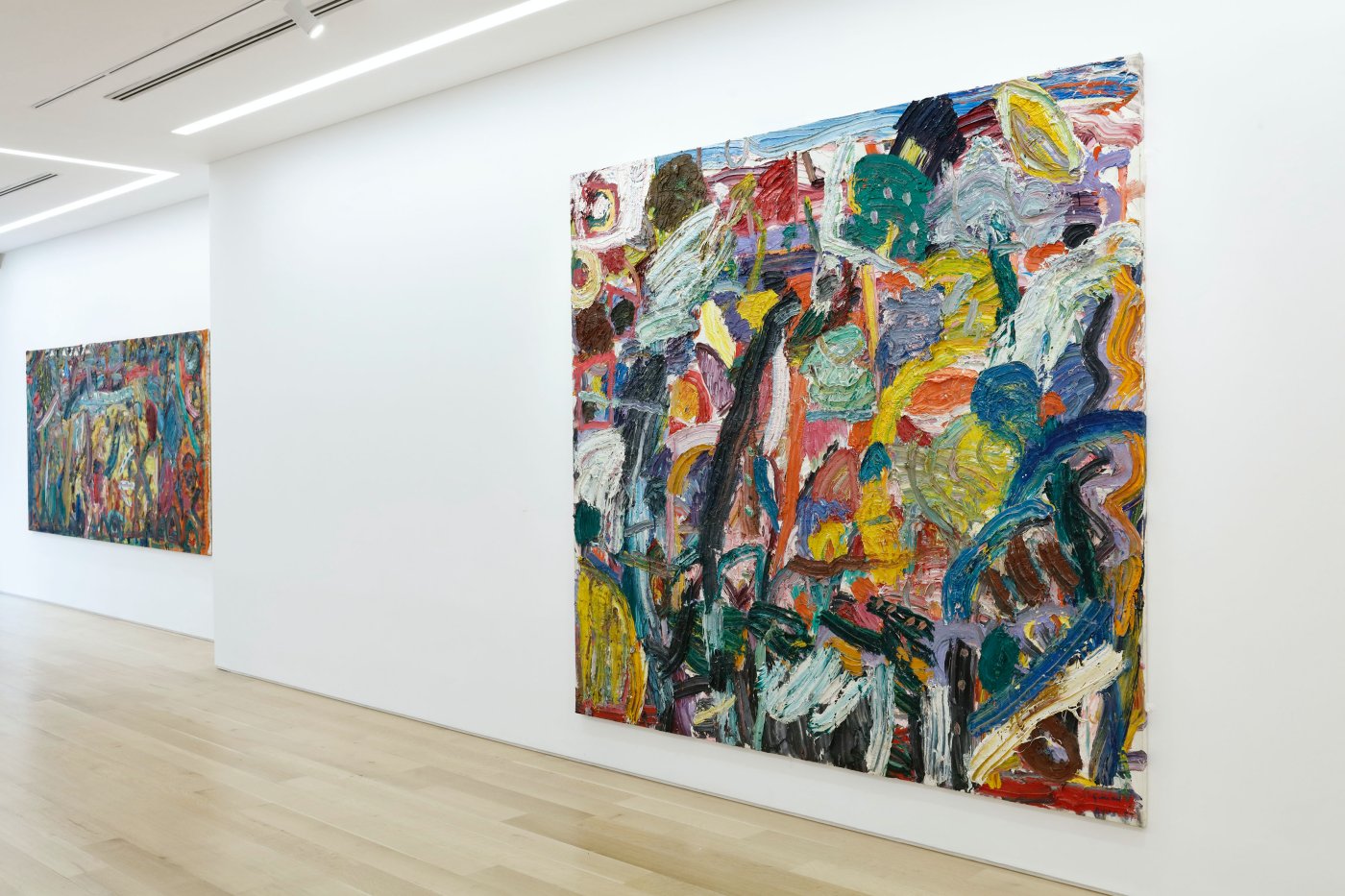 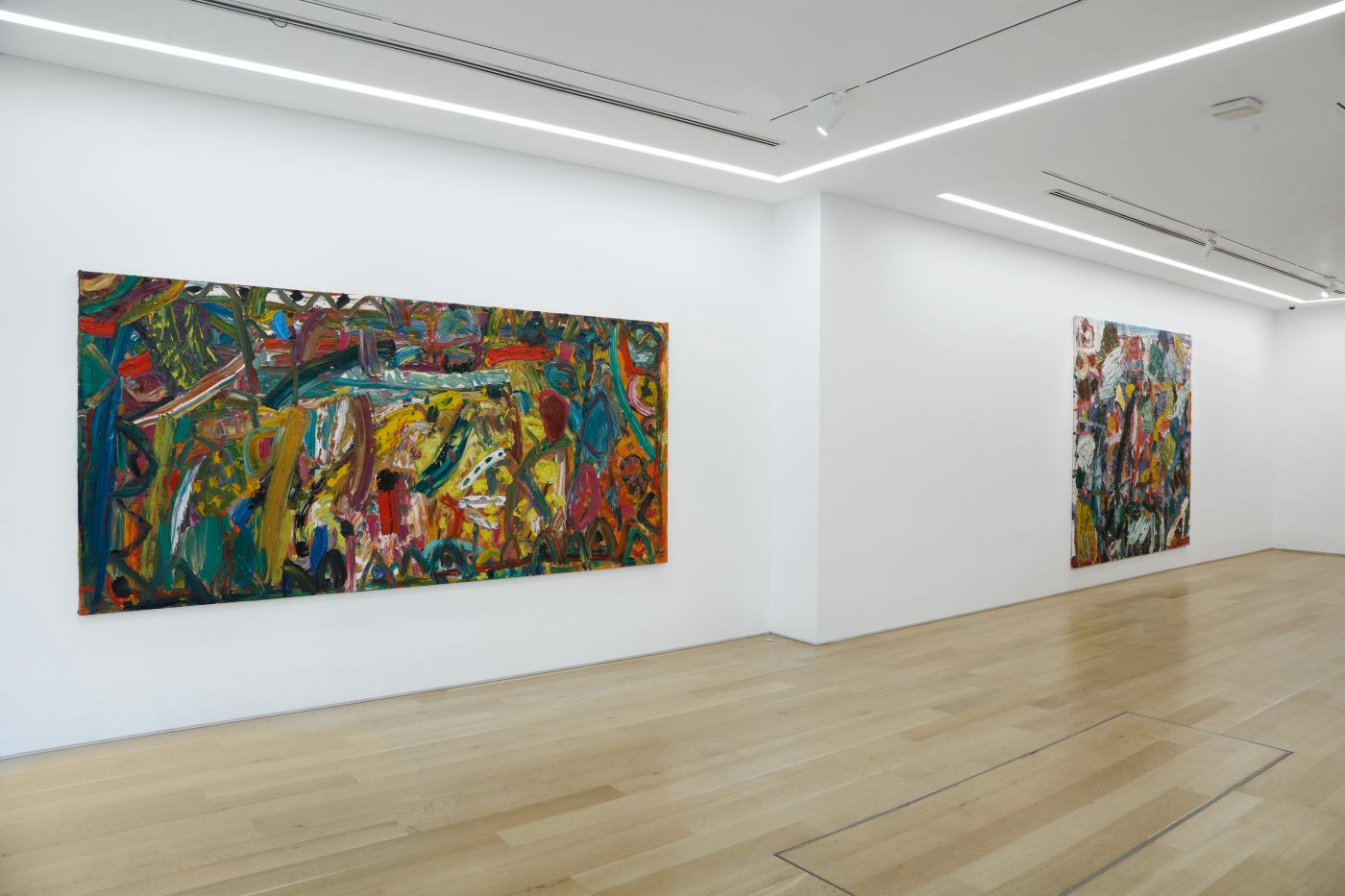 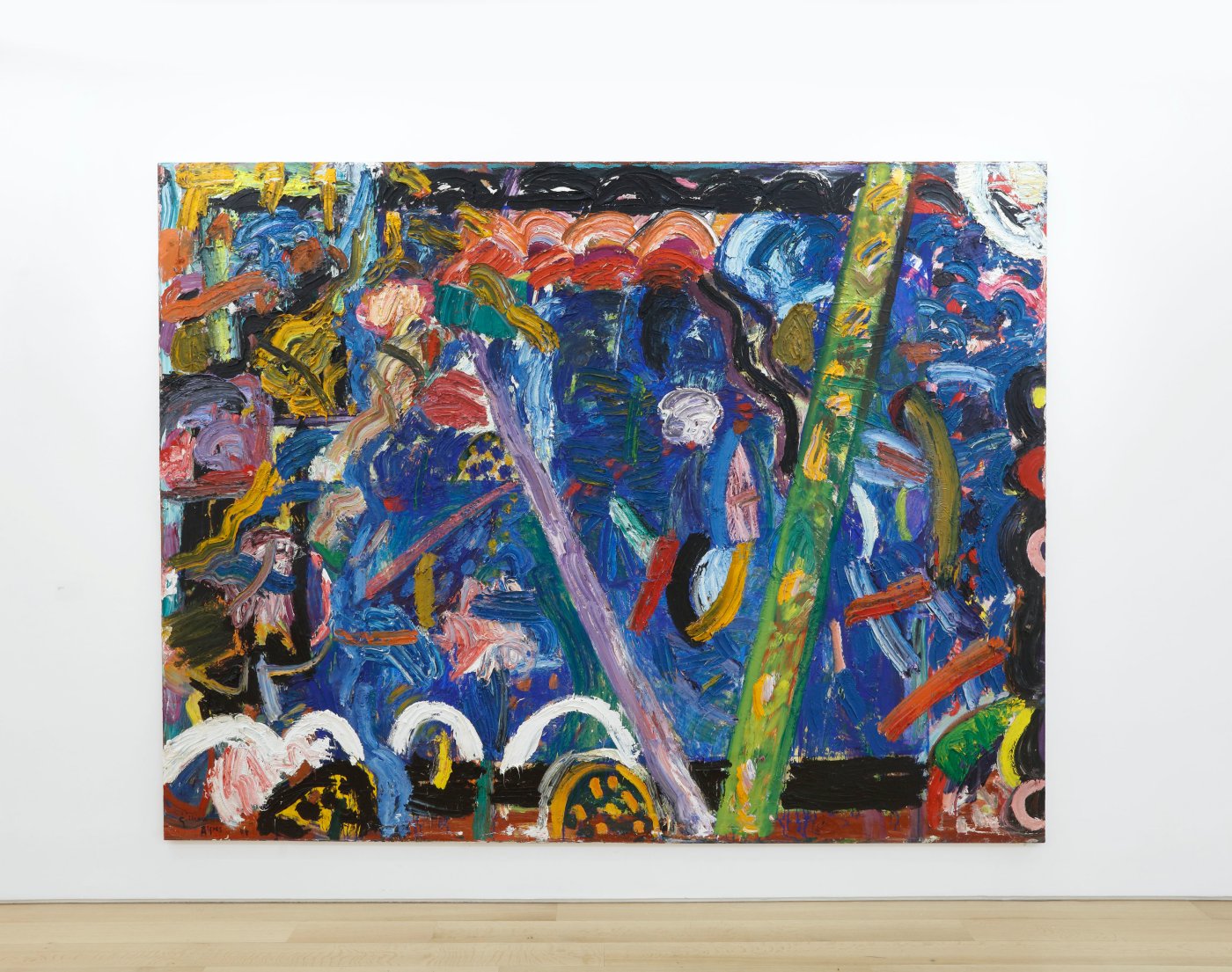 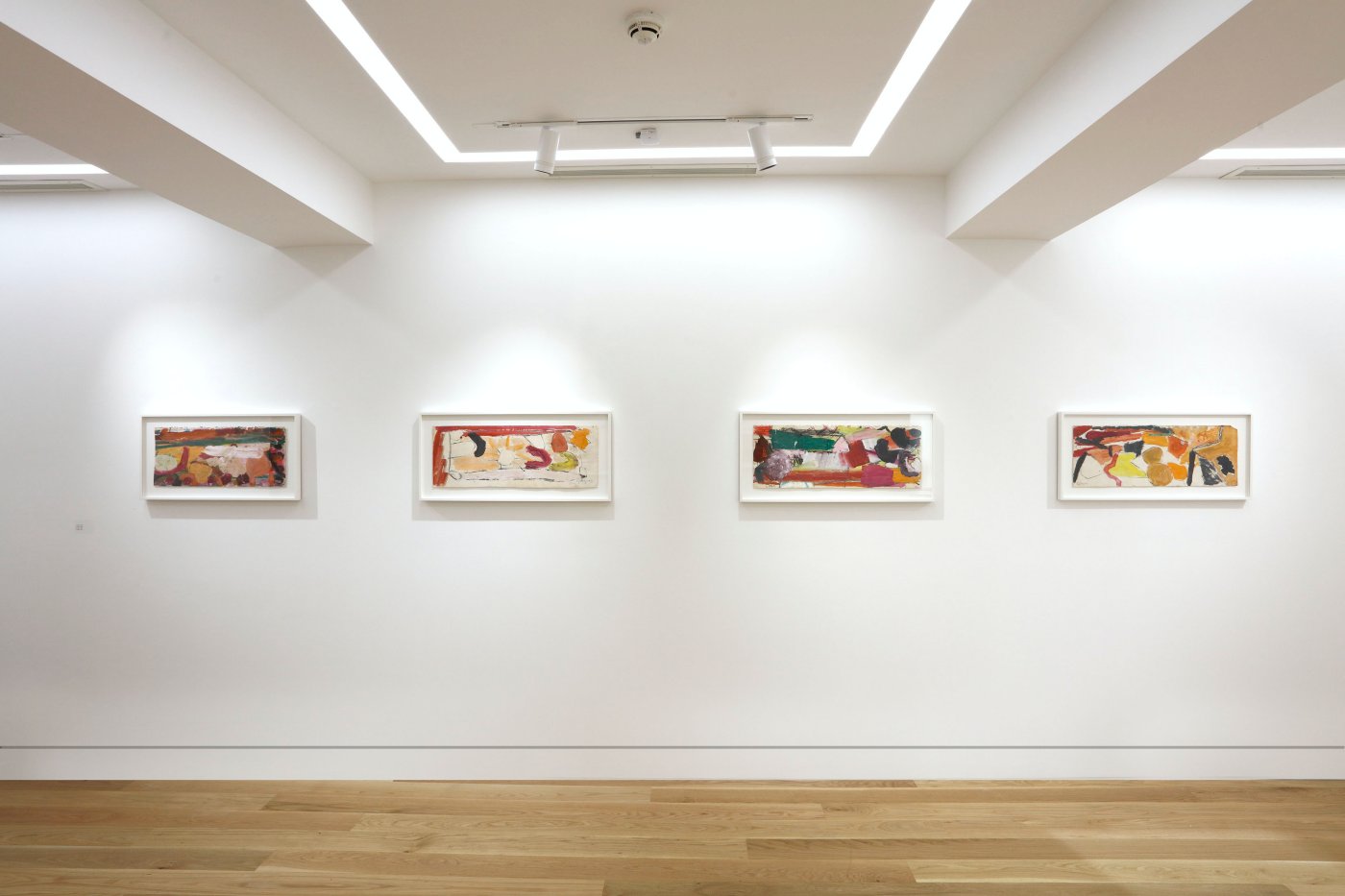 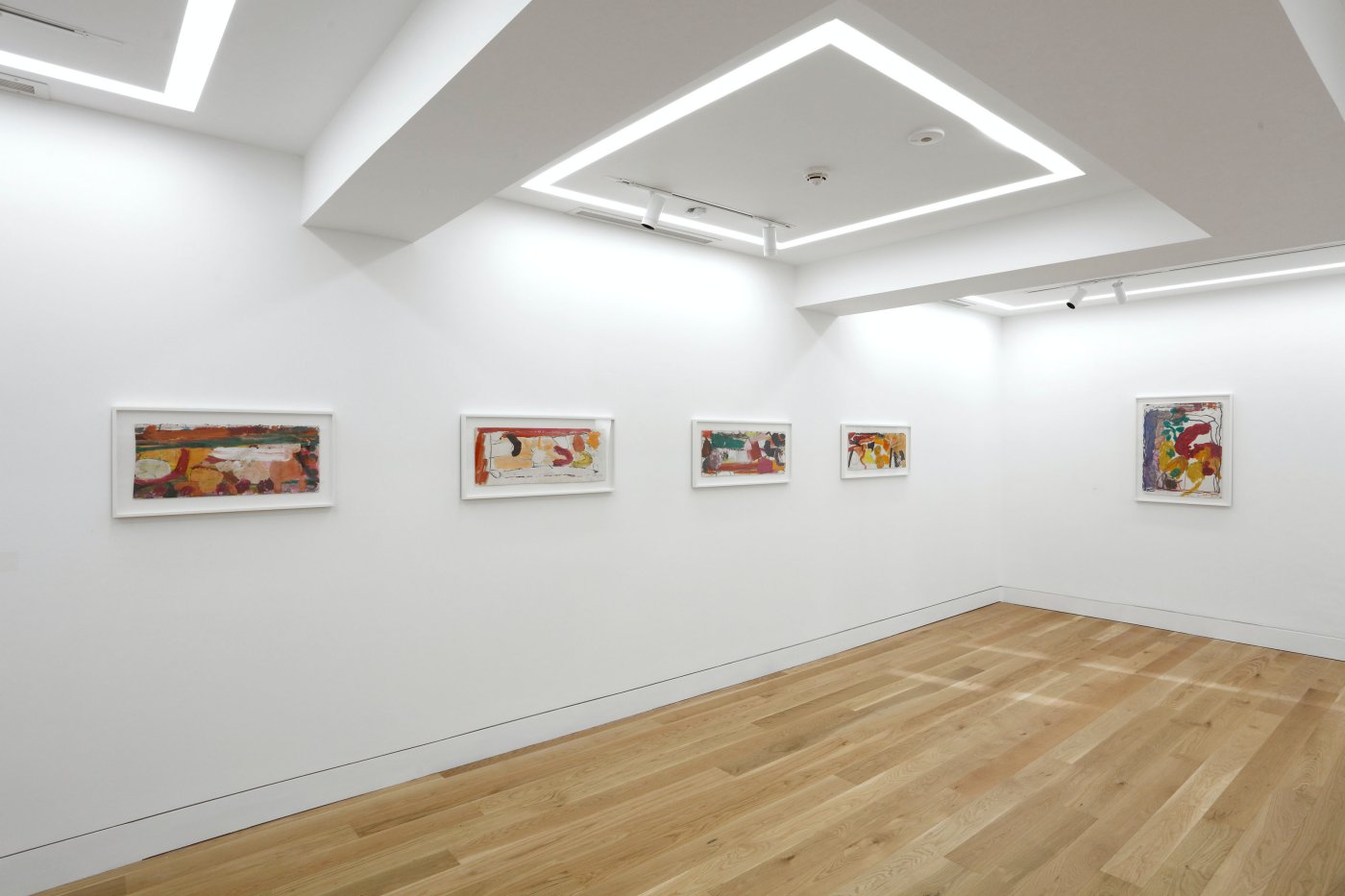 Ayres’ thrilling discovery of Hans Hofmann’s paintings at the Hirshhorn Museum in 1976 had a profound effect on her practice as she returned to London and immediately began to use oil paint in thick and complex impasto, developing a rich chromatic palette that is now instantly recognisable as her own. The resulting paintings demonstrate Ayres’ new-found joy and freedom of spirit having resigned from teaching at the Winchester School of Art and recovered from a period of serious illness. In 1981 she relocated from Barnes to the remote Llyn peninsula in North West Wales, where she dedicated her life to painting and worked towards a series of important exhibitions including solo shows at the Museum of Modern Art, Oxford in 1981 and the Serpentine Gallery in 1983. In 1987 she moved again, settling on the North Devon coast.

In both her ‘Welsh’ paintings and the revived mood of later works, Ayres celebrates the vibrant materiality of paint, often working on one canvas over many months to build up thick layers of colour and huge brush marks to produce increasingly distinct yet never fully representational forms. As Martin Gayford writes, ‘what truly interested Gillian from the beginning was the nature and potential of pigment itself: all the different kinds of things it could do. She saw that these possibilities could only be investigated physically and intuitively. Making a painting, she insisted, “is a visual experience not a literary one. It’s about what can be done with paint”.’

The exhibition is accompanied by a fully illustrated catalogue featuring an essay by Martin Gayford.