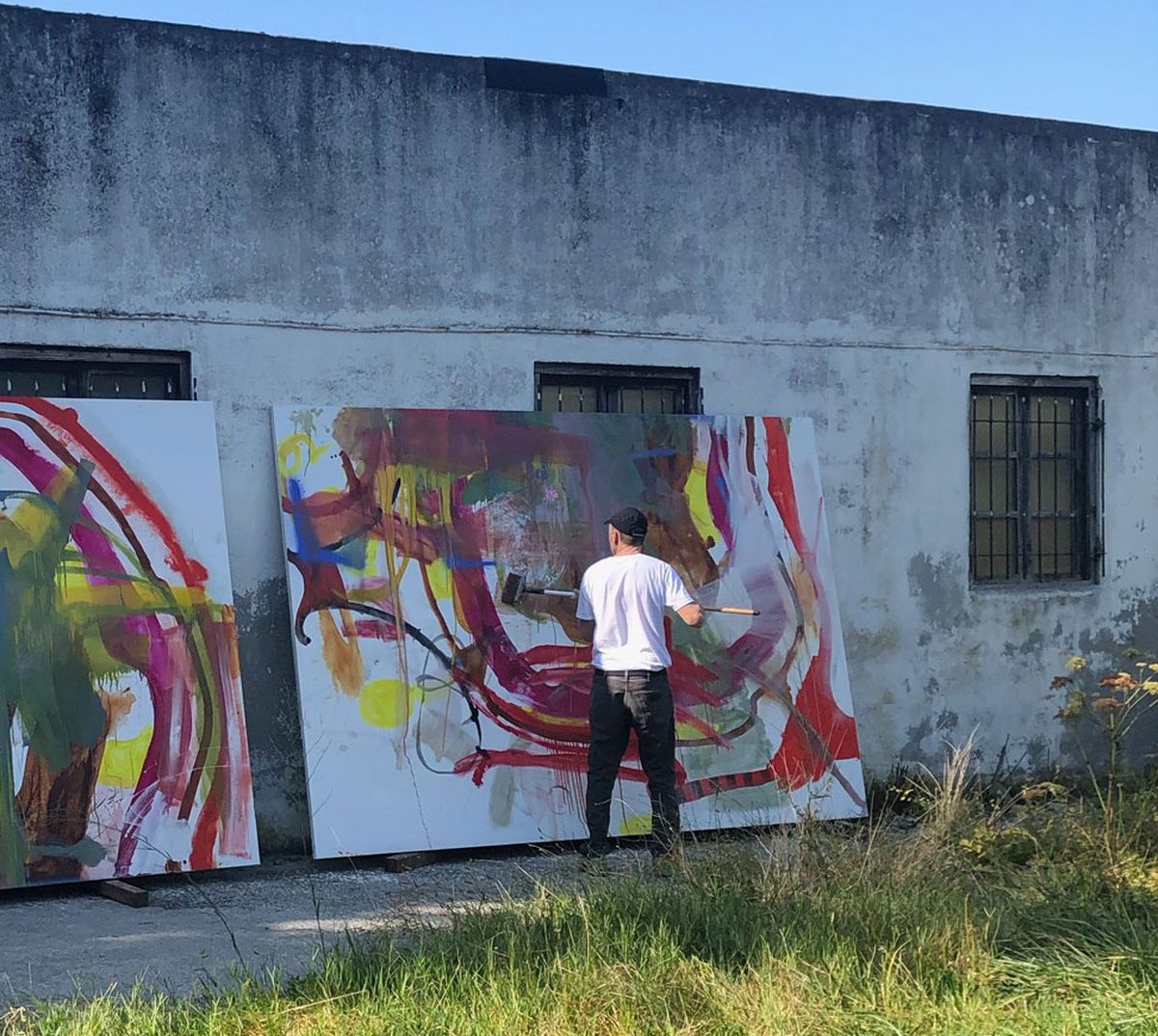 Launching online on 9 April for forty-eight hours only, the painting embodies Oehlen’s contrarian stance in its conscious rejection of compositional harmony and stable meaning. Oehlen’s improvisations on outwardly disparate methods and modes have made him a touchstone for a new generation of artists. Since his early espousal of self-consciously “bad” painting, he has continued to investigate the tensions between aesthetic order and chaos, deliberately sidestepping unified form in favor of a seemingly raw, yet highly considered painterly energy.

The gallery will present Tramonto Spaventoso, an exhibition of recent paintings by Oehlen, including four new paintings from an eight-part work of the same title, in Beverly Hills from 22 April to 5 June 2021. The first four paintings in the cycle were shown at the Serpentine Galleries, London, in 2019–20.