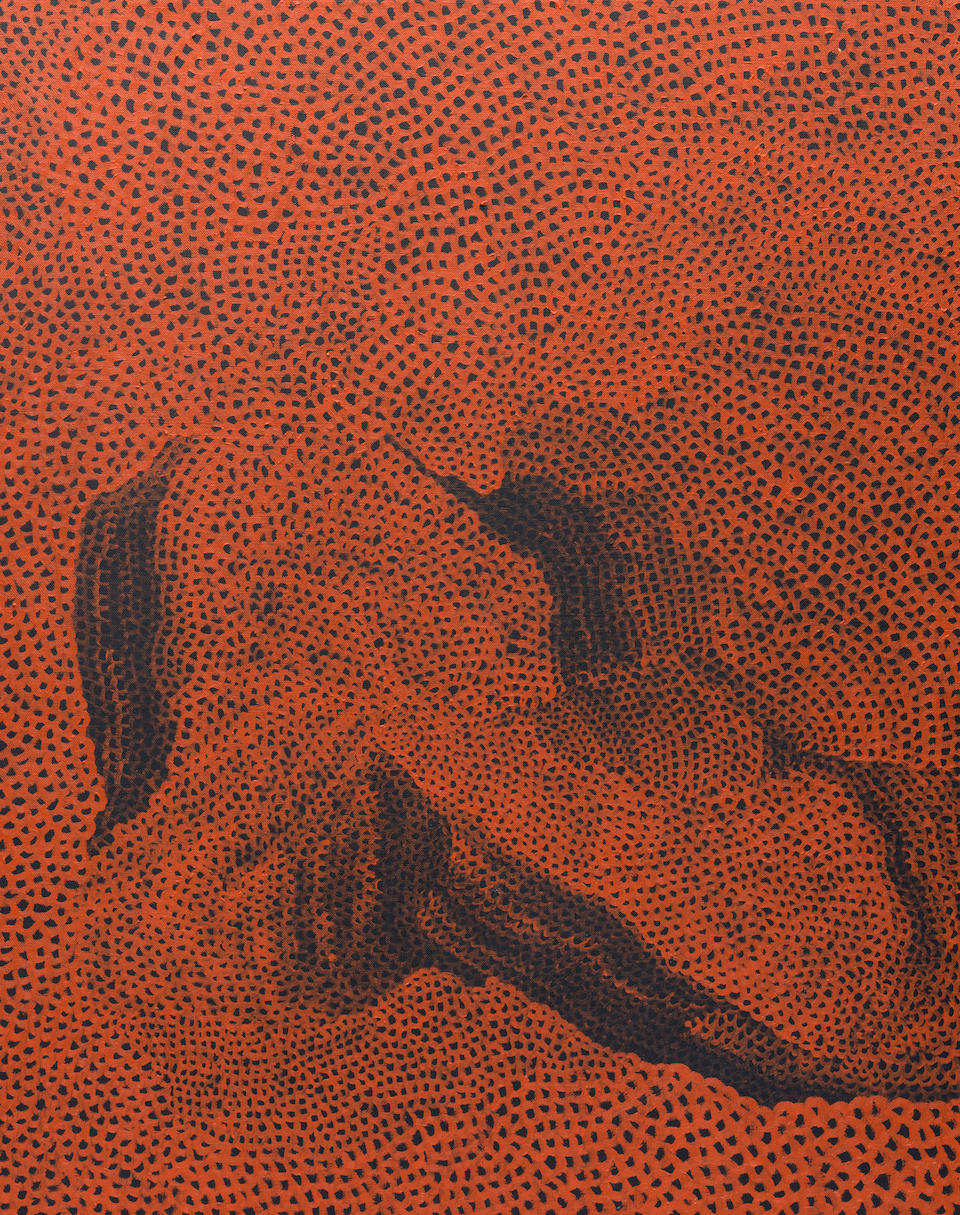 Some of the earliest recognized works by Yayoi Kusama – which have never been exhibited in public – will be offered in a special single-owner collection sale at Bonhams New York on Wednesday 12 May. The auction, Kusama: The Collection of the late Dr Teruo Hirose, comprises three paintings and eight works on paper, gifted by Kusuma herself to Dr Hirose, her lifelong friend and doctor whom she consulted in her early years in New York in the 1960s, when she was a struggling young artist in need of medical aid.

The highlights of the sale include two of Kusama's River paintings – Mississippi River and Hudson River, both created in 1960 – featuring early examples of her iconic Infinity Net motif. These early works are exceptionally rare due to Kusama's use of the colour red - almost all her other works of this period are white. The third painting in the collection, Untitled, is a very early example of Kusama combining vibrant colours and the scale of the work lends an immersive quality, something that foreshadows the artist's later work such as her Infinity Rooms. The eight works on paper, executed by Kusama before she arrived in the United States in 1957, are corner stones of the artist's practice, laying the aesthetic groundwork for her career to follow. Painted when Kusama was in her twenties, the works show the genesis of her Infinity Nets, as well as elements such as polka dots and flower imagery for which she would become known.