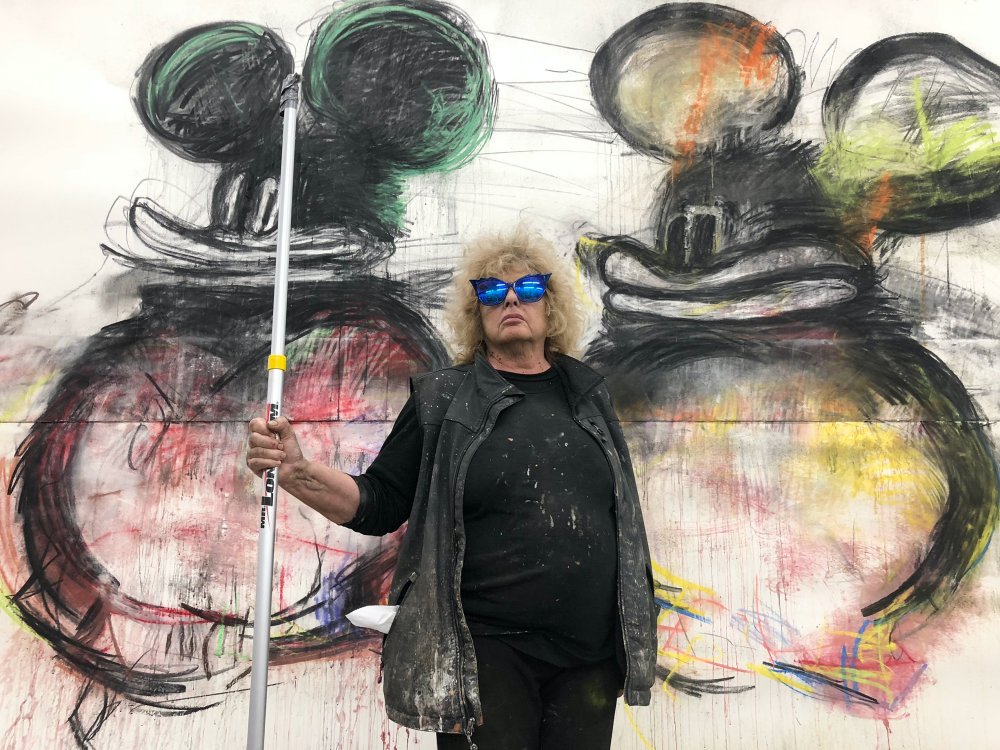 Born and raised in Brooklyn, New York, Joyce Pensato (1941–2019) lived and worked in Brooklyn her entire career except for a few months’ long stints in Europe in the late 1980s and early 1990s, particularly in Paris and in Verteuil. The artist credited her father, a Sicilian immigrant, as a great influence on her love of Pop culture, America and the arts, often times taking her and her brother Benedict to 42nd Street, the Statue of Liberty and other famous New York tourist sites to soak up the vibrancy of his adopted city. Pensato’s critical recognition came in the early 1990s, and her charcoal drawings were the first to gain attention. From January 15 through February 27, 2021, Petzel will present two solo exhibitions of the artist’s works at its Chelsea and Upper East Side galleries, which will include paintings, drawings, sculptures, and installation, some of which have never been exhibited before.