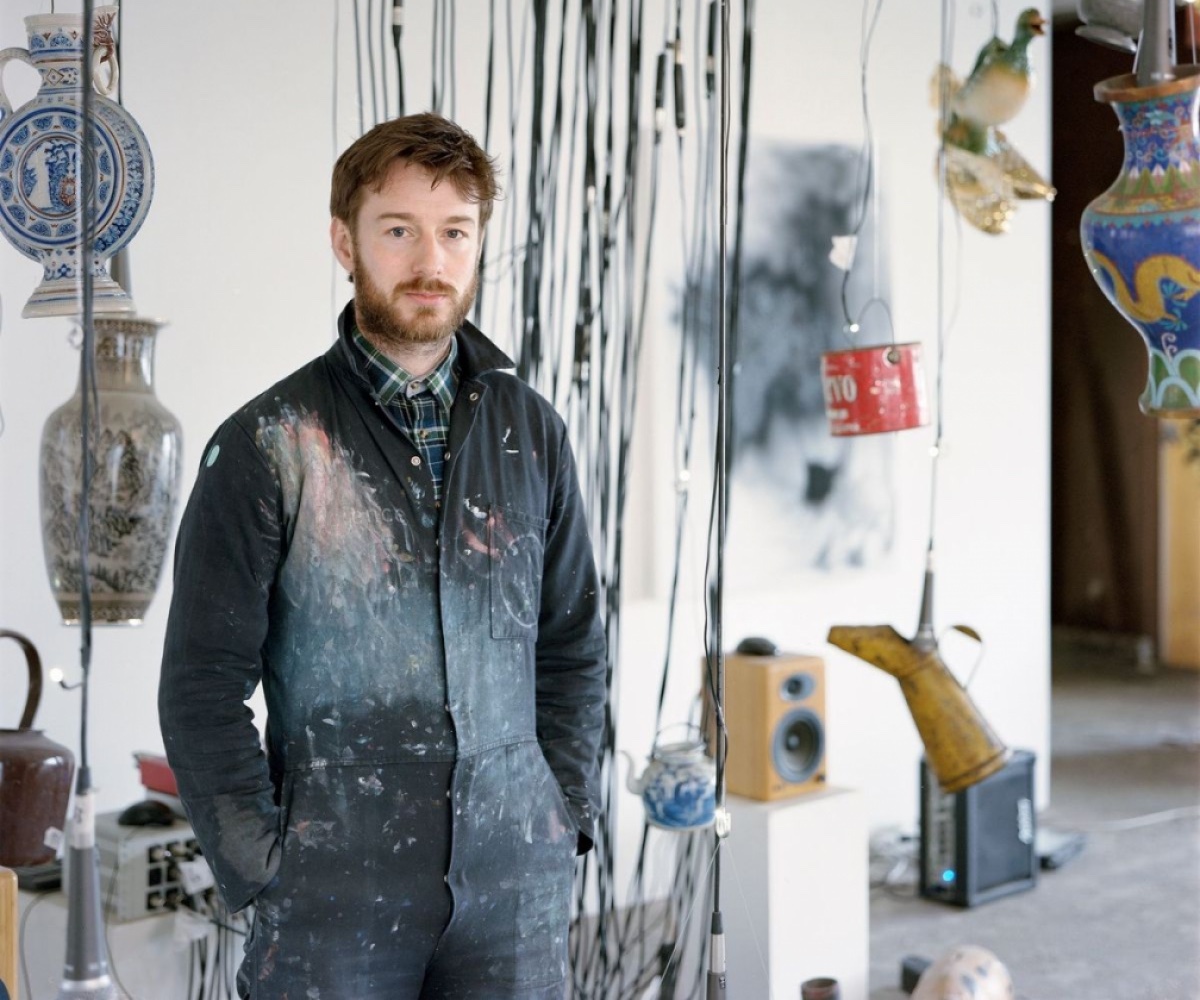 His first collaboration with the gallery will be a 24-hour performance and subsequent interactive installation at the Conservatorio di Musica for Parasol Unit and the 59th Venice Biennale.

Beer trained in musical composition, before studying fine art and then cinematic theory. His diverse artistic practice reflects these studies through the intense sonic experiences he creates in many of his immersive live performances, vocal compositions, films and installations.

His artwork extends from performative art to sculptures and paintings. While his relationship with musical composition is apparent in his powerful live performances and films, further musical elements can also be found in his visual art. We can see this in the sculptures that he makes by cutting through everyday objects ‘just like in an ultrasound scan’; or his Resonance Paintings, created by literally using ‘sound as his paintbrush'. His installations, such as his celebrated Vessel Orchestra exhibition at the Metropolitan Museum of Art in New York, play with notions of resonance and the innate musicality of the human experience.

Beer’s work has been exhibited internationally at museums including the Metropolitan Museum of Art and MoMA PS1, New York; Centre Pompidou, Palais de Tokyo and Palace of Versailles, France; and the Biennales of Sydney and Istanbul.