The Photographers’ Gallery was founded in London’s Covent Garden in 1971 as the first public gallery in the UK dedicated to the medium and remains a leader in the presentation and exploration of photography in all its forms. It has been instrumental in promoting photography’s pivotal and influential role in culture and society and ensuring its position as a significant art form.

Over the years it has introduced such international photographers as Juergen Teller, Robert Capa, Sebastião Salgado, Andreas Gursky and Taryn Simon to British audiences, whilst championing the work of home based practitioners including Martin Parr, Zineb Sedira, Nick Knight and Corinne Day.

It opened its new home in Ramillies Street, Soho, London in May 2012, after an ambitious two-year redevelopment of an old textiles warehouse. With new and enhanced spaces for exhibitions, learning, retail and social activities, plus a new website launched in 2017, The Photographers’ Gallery is able to be even more ambitious with its programming and activities meet the needs of the medium, its photographers and audiences. 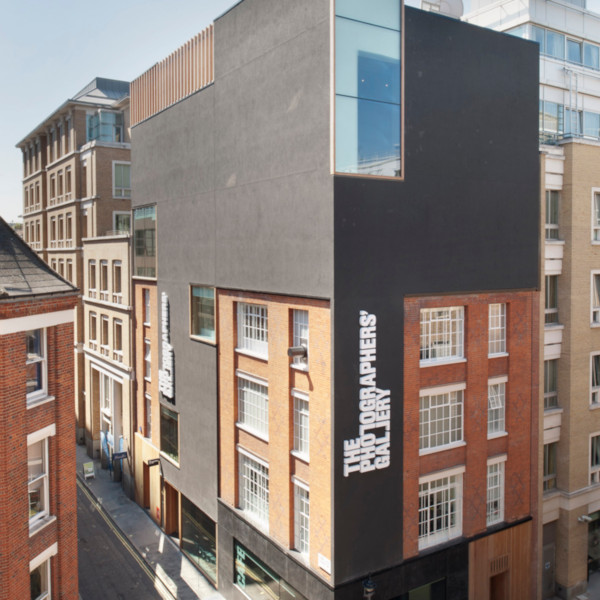