Monet, Basquiat and Twombly headline a $702 million week of auctions at Sotheby’s 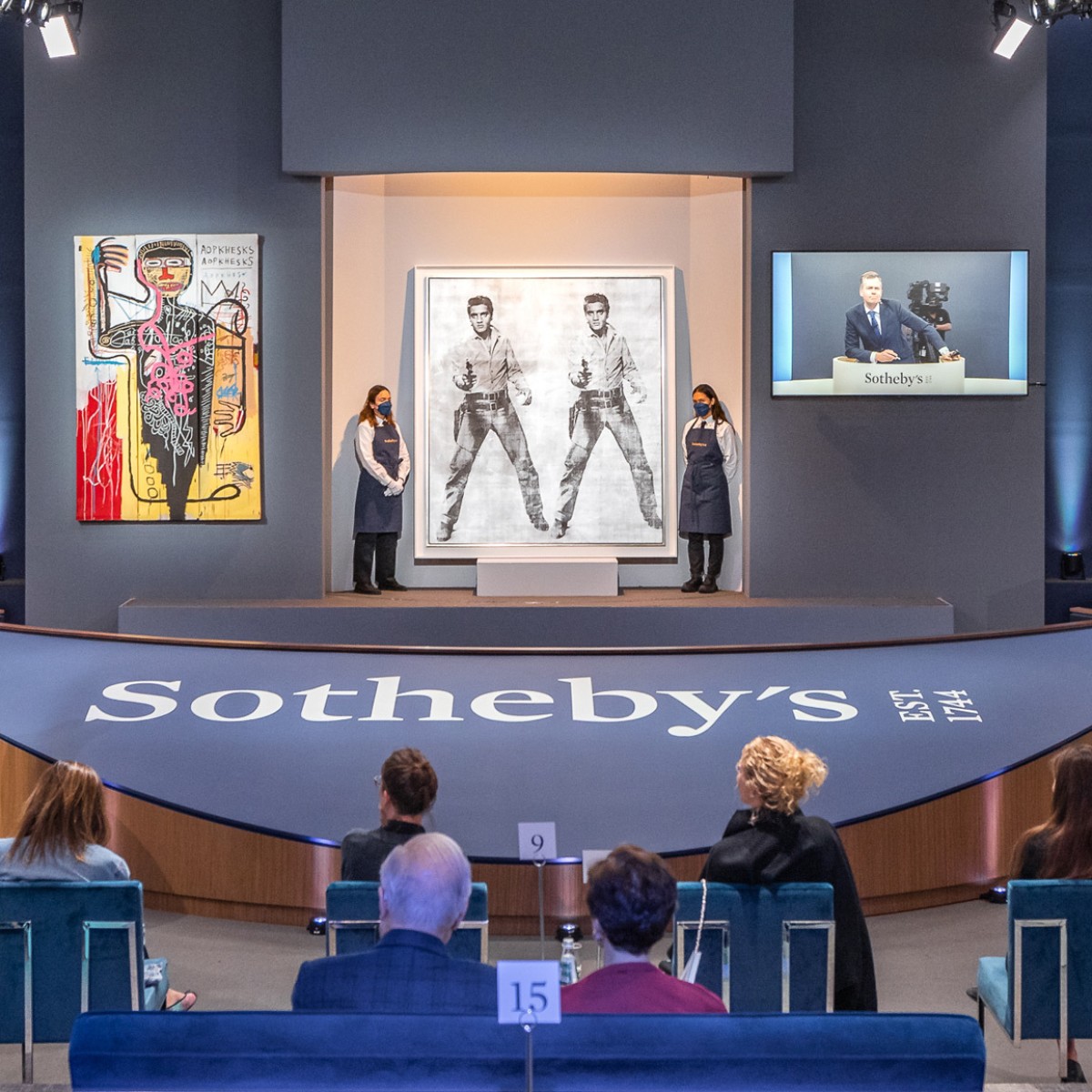 A week of auctions that brought together an array of Impressionist, Modern and Contemporary Art was led by a three-auction evening on Wednesday 12 May, which realized a total $596.8 million. Conducted by Sotheby’s auctioneer Oliver Barker, the live-streamed event featured in-room bidders in New York, telephone bidders in London, Hong Kong and New York, and online bidders from around the world.

Starting off the evening was an auction of works from the collection of philanthropist and arts patron Mrs. John L. Marion. The sale represented the height of achievement in the American Abstract Expressionist and Pop art movements, including Richard Diebenkorn’s luminous Ocean Park #40, 1971, which sold for $27,265,500 – setting a new auction record for the California artist. New auction records were also reached for a work by Kenneth Noland, whose 1958 painting Rocker sold for $4,255,000, and Larry Rivers’s Africa I, 1961–62, which achieved $2,077,000.

Top lots from the Contemporary Art Evening Auction included Basquiat’s Versus Medici, 1982, which achieved $50,820,000 and Twombly’s Untitled (Rome), 1970, which sold for $41,628,000. Robert Colescott’s George Washington Carver Crossing the Delaware: Page from an American History Textbook, 1975, sold for $15,201,000, more than 16 times Colescott’s previous auction record of $912,500. Banksy’s Love is in the Air, 2004, was a world first for a fine auction house, with bidders having the option of making their payment in cryptocurrency.