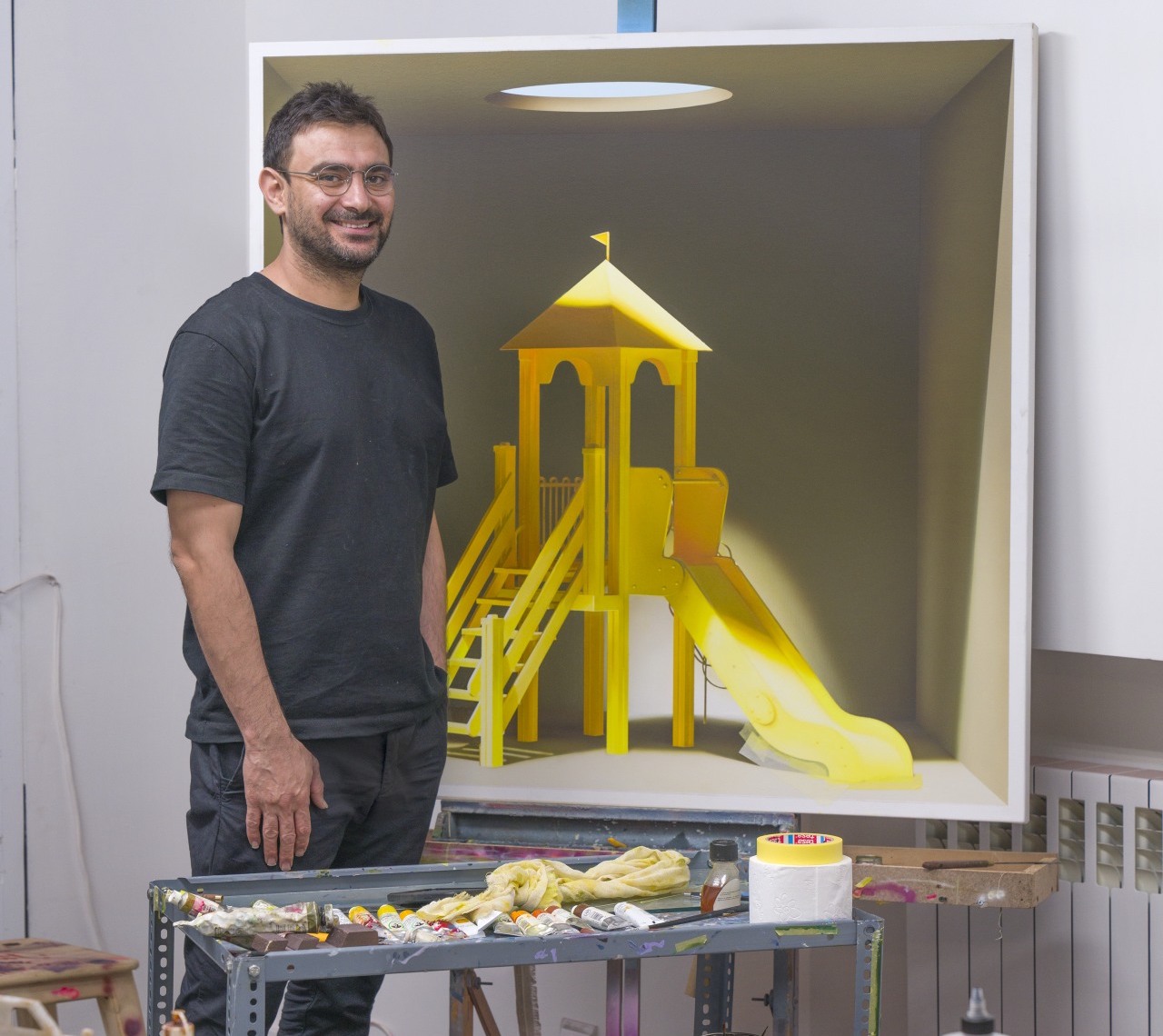 Almine Rech has announced representation of the Iranian artist Mehdi Ghadyanloo in France, Belgium and Shanghai, following his first solo exhibition at the gallery’s Brussels space in the spring of 2021.
There will be a solo exhibition of the artist at the London space in 2023.

Born in Karaj, Iran in 1981, Ghadyanloo began his career as a muralist in Tehran in the early 2000s, when, following a call for proposals by the city, he produced almost one thousand gigantic wall paintings, including dreamlike landscapes and science-fiction scenes.

His work combines minimalist themes and a surrealist aesthetic in his paintings, using acrylic, oil, or watercolor. He uses the trompe l’œil technique of his murals to compose his paintings that take on the shape of square boxes with dreamlike imagery and hyperrealistic technique. Each of his works reveals his brilliant ability to trick our eyes and our perception of reality. Their architectural appearance reflects the artist’s investigation into designing and representing space on the canvas.

Shadow and light overlap and challenge each other endlessly in Ghadyanloo’s practice, and the symbolism of the movement from darkness to light is at the heart of his vision. All the elements that he depicts in his paintings — ladders, fences, holes in the ceiling — are methods of representing a way out, a kind of hope.

Mehdi Ghadyanloo is based in Sarrebrücken, Germany and New York, US.