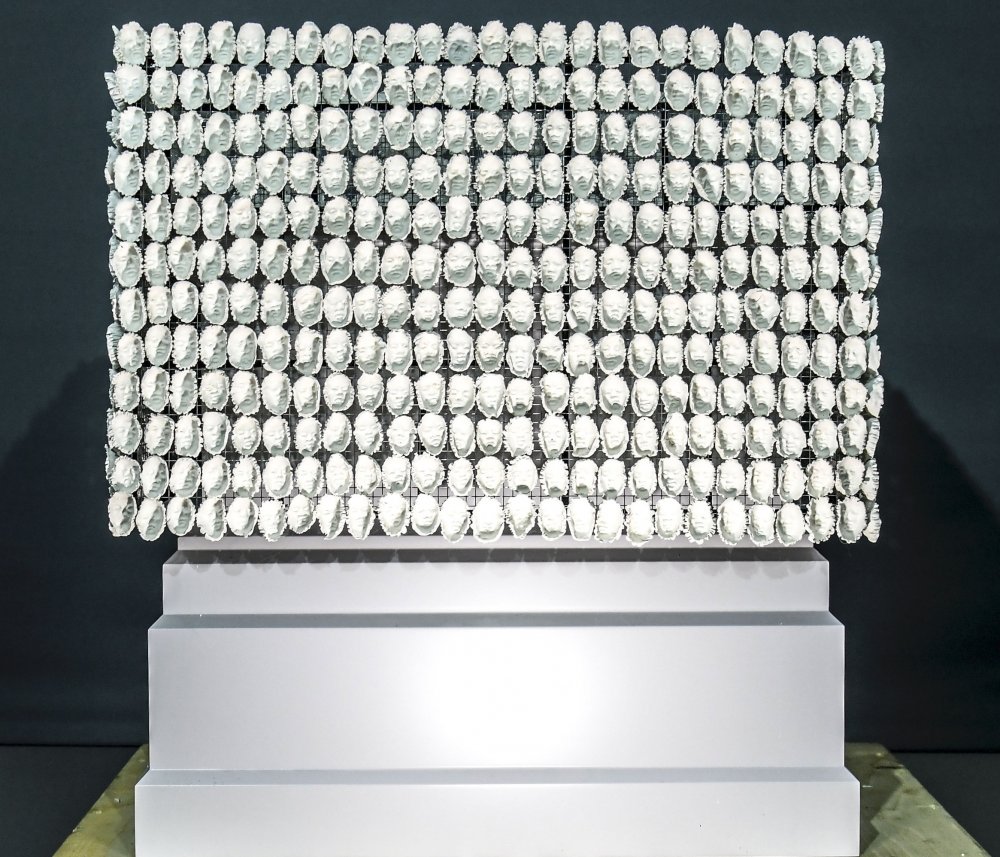 Congratulations to Teresa Margolles, whose work has been selected for the Mayor of London's Fourth Plinth Commission in Trafalgar Square in 2024.

For the Fourth Plinth, Teresa Margolles will install an ephemeral work in Trafalgar Square entitled 850 Improntas, made with plaster cast molds of the faces of 850 transgender people. The molds will be created in collaboration with trans people living in locations around the world, by applying plaster directly onto each individual's face. The resulting object is both a visual record of their respective features and, imbued with hair and skin cells, a material infusion of their physicality.

The plaster components will be arranged into an array on all four sides of the plinth, taking inspiration from Tzompantli, brutalist early prehispanic reliefs. Due to London’s rainy and humid climate, the work will inevitably deteriorate and fade away, dripping into residual material—an anti-monument—on the plinth and steps below.

Margolles states (translated): “It is necessary to visualize and signal transfemenicide. This year marks the six-year anniversary of the homicide of Karla, a transgender woman who was engaged in prostitution. She was murdered on December 22, 2016 in Ciudad Juárez, Chihuahua, Mexico. This commission is for her, and for all the others who were murdered. But above all, for trans people who are still living.”