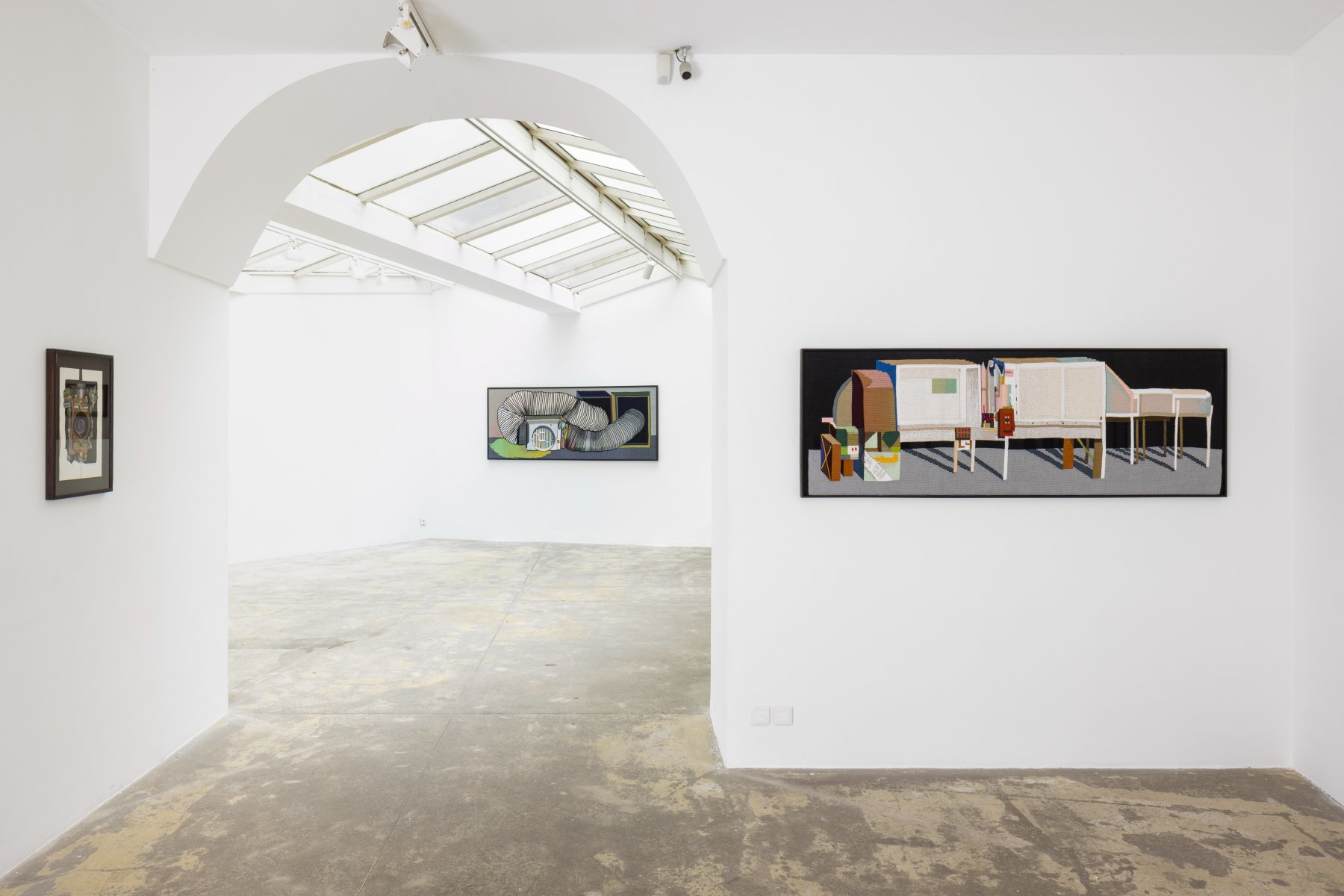 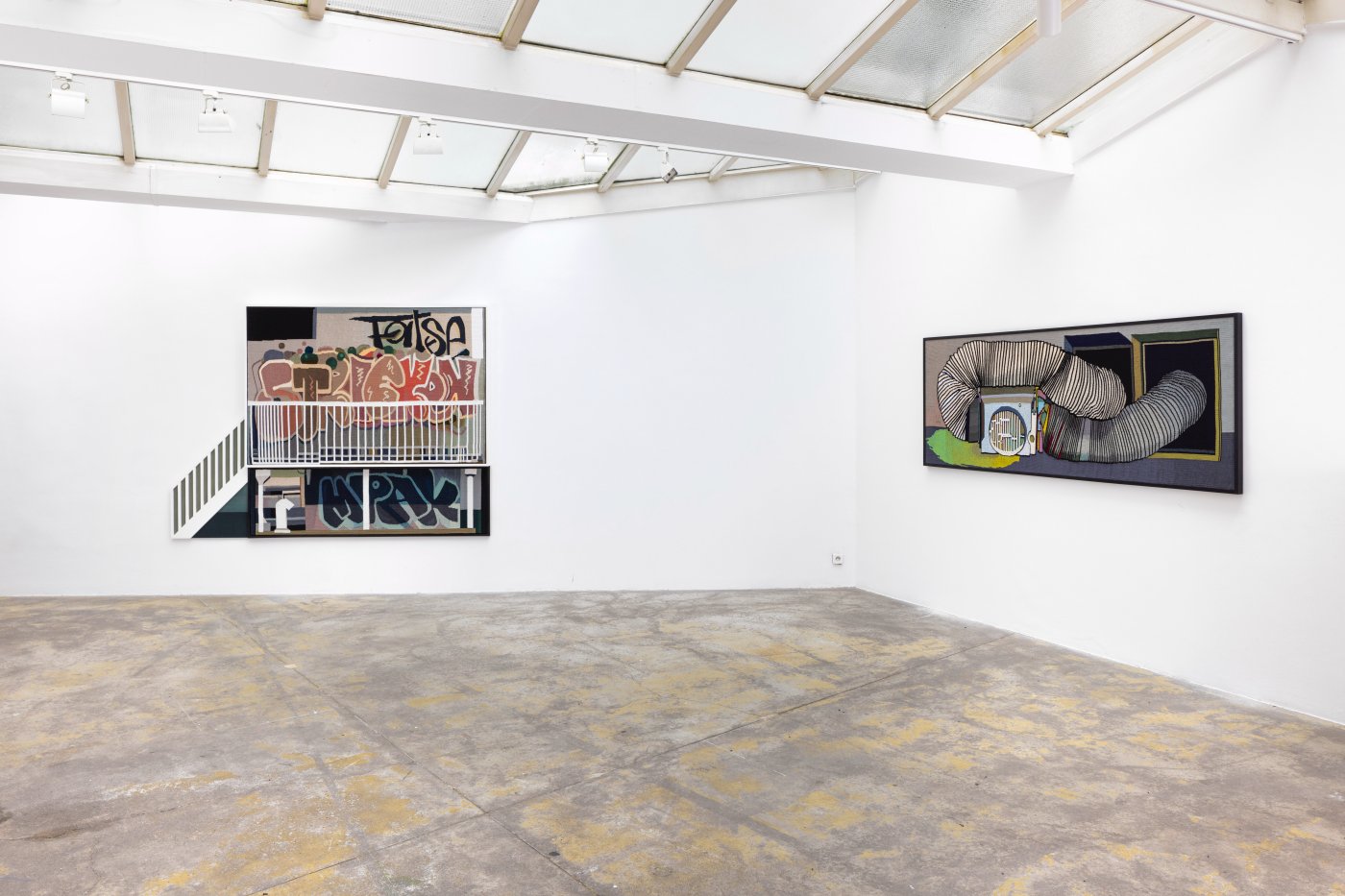 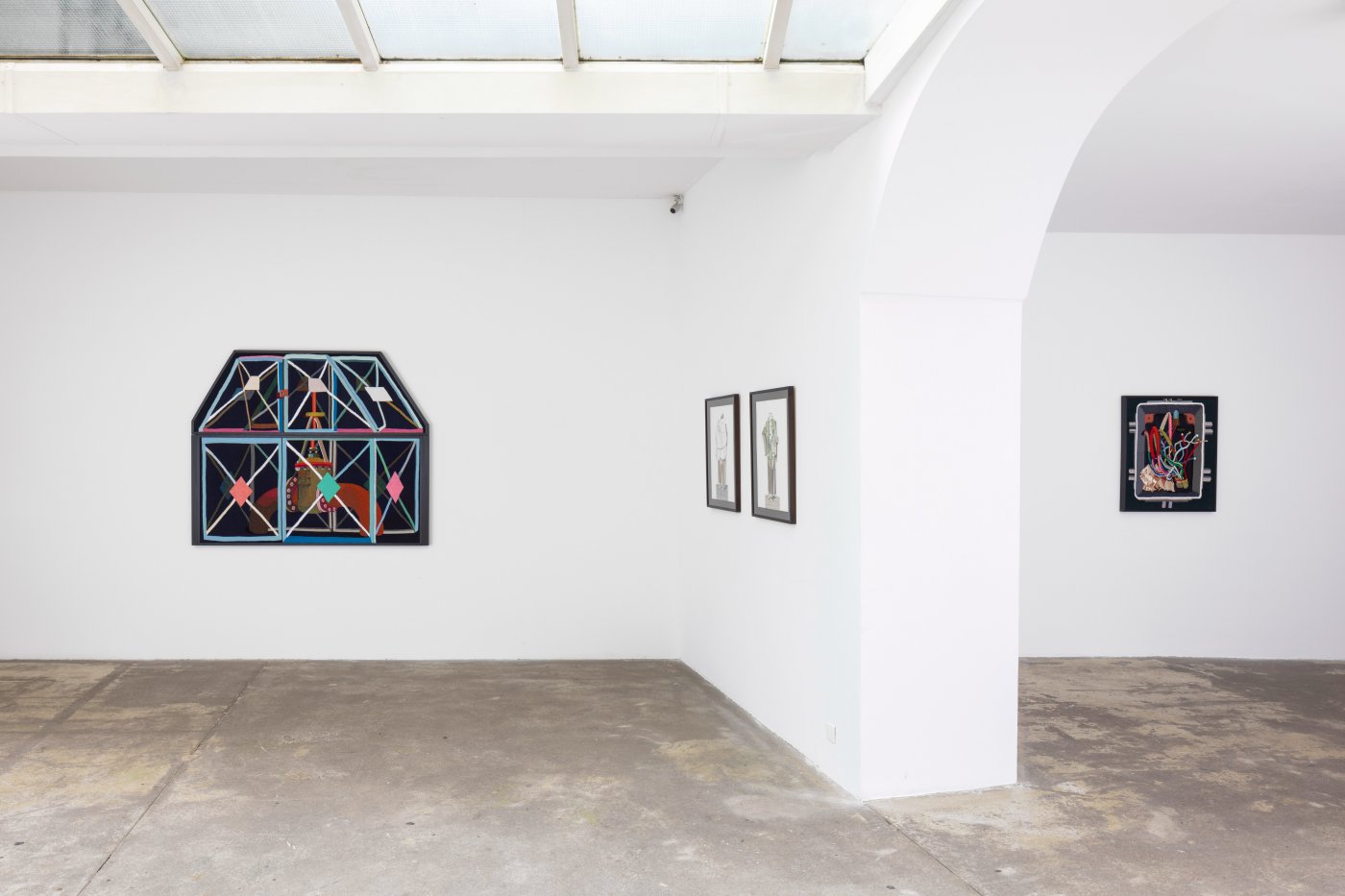 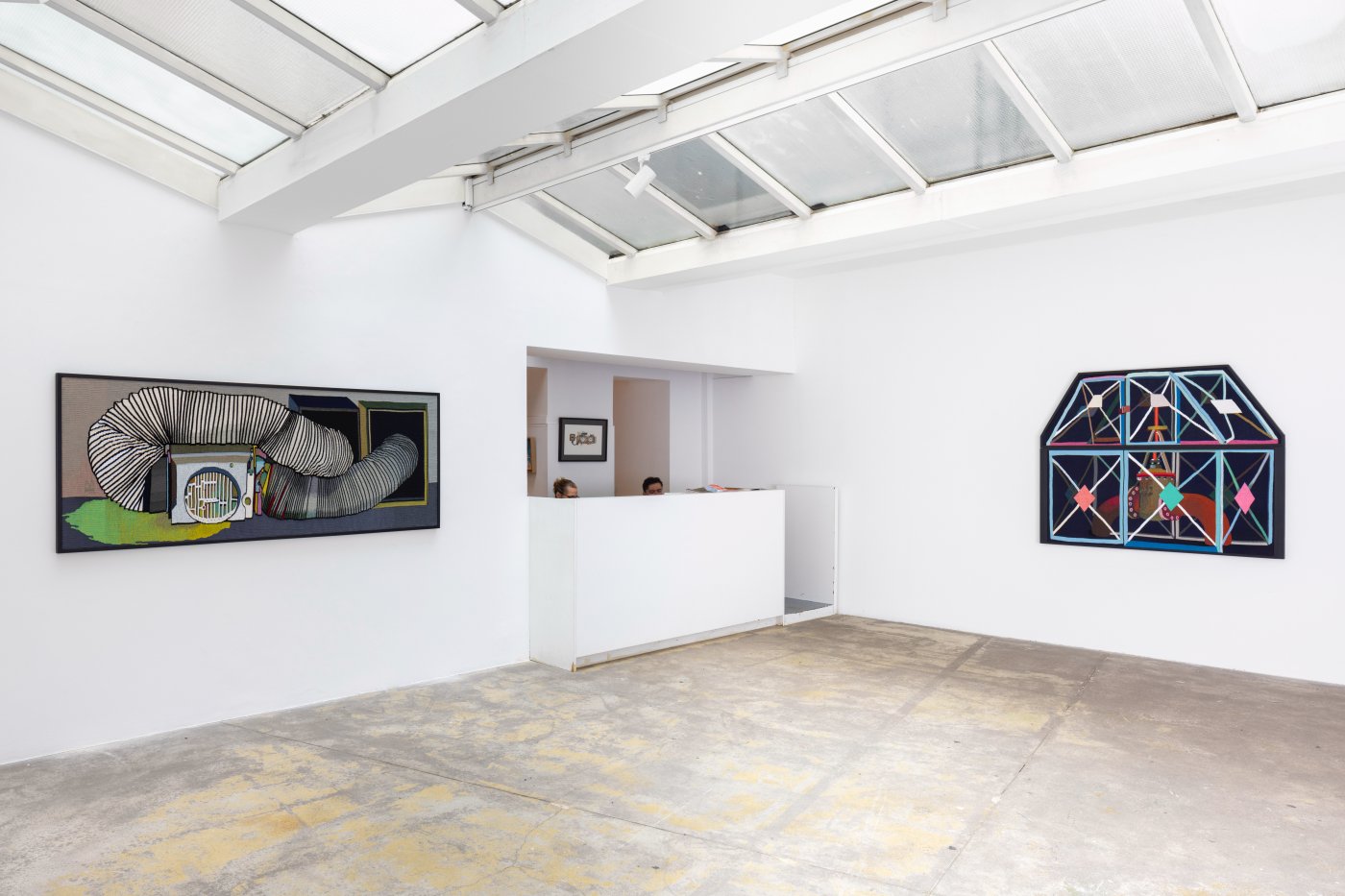 Zhenya Machneva was born in 1988 in Saint Petersburg, Russia. Trained at the Stieglitz State Academy of Art and Design, she rapidly joined the textile department, attracted to the weaving techniques which became her main practice. Discovered by Georges-Philippe and Nathalie Vallois during the New Museum Triennale in 2018, she joined the gallery that same year.

The artist, who recently settled in France, left Russia hastily. The move, initially planned in fall of 2022 for a yearlong residency at the Cité des Arts in Paris, was precipitated by the conflict with Ukraine. Since March, she has temporarily taken over the gallery’s top floor where she produces her works on a second-hand loom, procured as soon as she arrived in Paris. Three of her tapestries are currently on show in the Milk of Dreams exhibition at the 2022 Venice Biennale.

Zhenya Machneva’s practice is essentially focused on traditional, handmade tapestry, an ancestral technique she constantly strives to set within a contemporary perspective, freed from the status of decorative art.

The subjects she delves into encompass topical imageries: urban landscapes, wastelands of abandoned factories, obsolete machinery – references to realities she revisits and transposes into woven compositions.

She gleans these shapes and subjects over the course of walks and strolls, and captures them in photographs. Most of her designs are the result of peregrinations in former soviet factories, bearing witness to a triumphant industrial past, sometimes mingled with urban landscapes found during her cross-Atlantic trips.

The elements she represents share a limited temporality, a state of abandonment – they seem destined to an uncertain future, contemporary ruins she imparts with new life through her creations.

These images, captured on the spot, inspire her cartoons: black and white template-compositions created to scale and bound to become tapestries of both soft and dark tones, tinged with melancholy. Her colored palette is that of a painter – the variegated threads are combined into new and vibrant colors.

Handcrafted tapestry is a painstaking process in which the artist repeats the same meticulous gesture, weave after weave, forming a new image. It is impossible, during the creation of a tapestry, to see the whole of the gestating project – only the initial cartoon serves as a weaving pattern. Thus, and unlike painters who are able to embrace the whole of their compositions, the artist works blindly, glimpsing only the last 40 centimeters of the creation before it disappears, coiled in the depths of the loom.

Despite a technique which seems to leave little room for improvisation, Zhenya Machneva follows her intuition, choosing a color according to her mood or her desire of the moment, letting her perception of the instant act as a sensitive guide to her gestures and freely interpreting the original black and white score. She imbues her initially cold and impersonal subjects with her own emotions, infuses them with her imagination. This double incarnation of the artist, immerging her sensitive being both in her technique and in her subjects, reveals an unexpected liveliness. Echoing the titles, the elements depicted – buildings or inert machines – are put in motion (Fallen), express emotions (Cry), or take on a human (Baby, Hermit) or animal (A Dog) aspect.

Displaying a deep empathy for what we disregard or forget, Zhenya Machneva sublimates the forsaken – as demonstrated by the exhibition name, The Minor Sublimation, and invites us to delicately embrace a new perspective on the fallow lands of our world.