Zhao Zhao’s multidimensional body of work is an inspection of China’s contemporary profile and the socio-political consequences of individual free will. For his new exhibition, Zhao Zhao takes as his theme the common gourd, so ordinary in western countries but imbued with a long historical and spiritual legacy in China. In Control, the artist presents 19 new marble sculptures whose varied forms are borrowed from wax gourds. 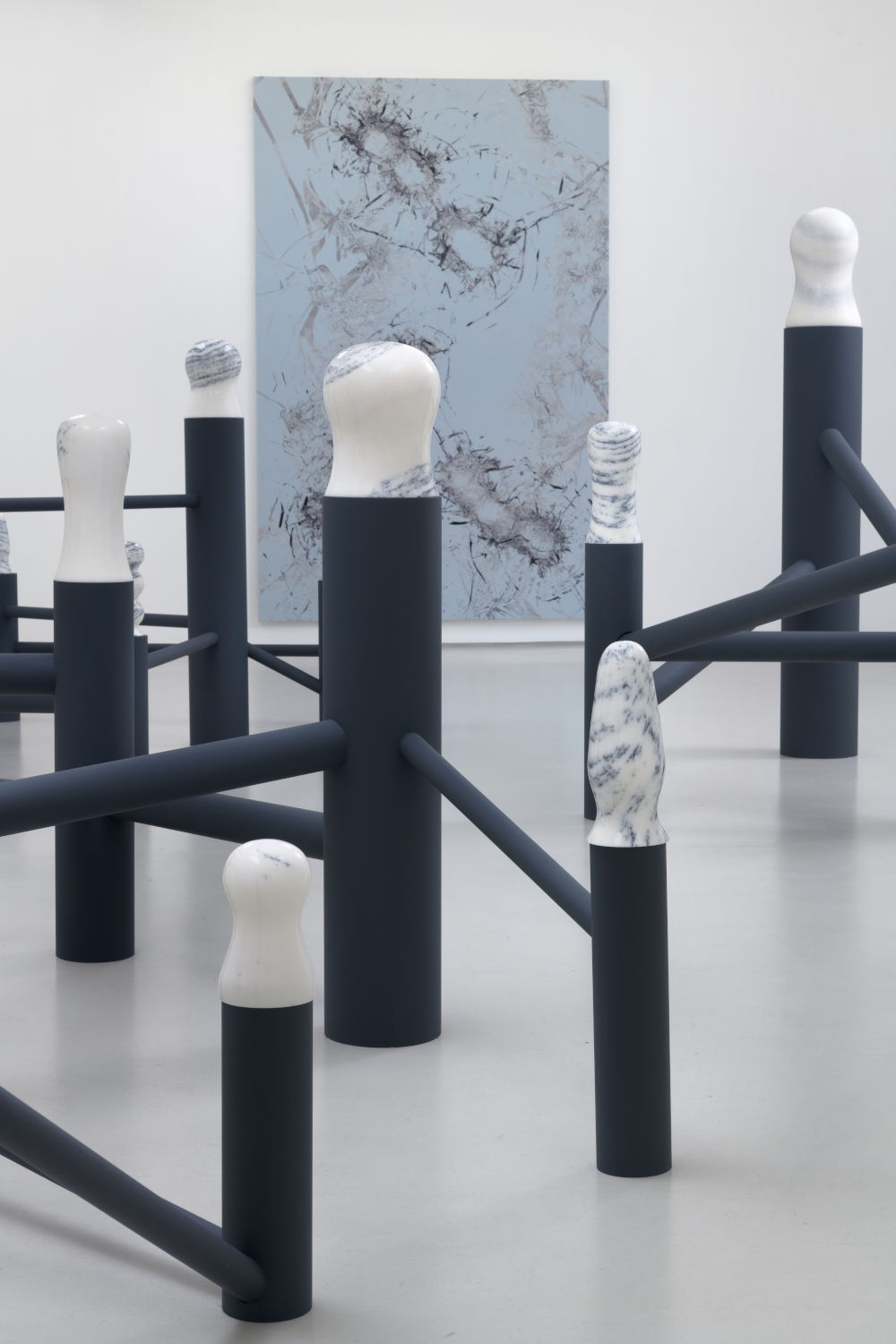 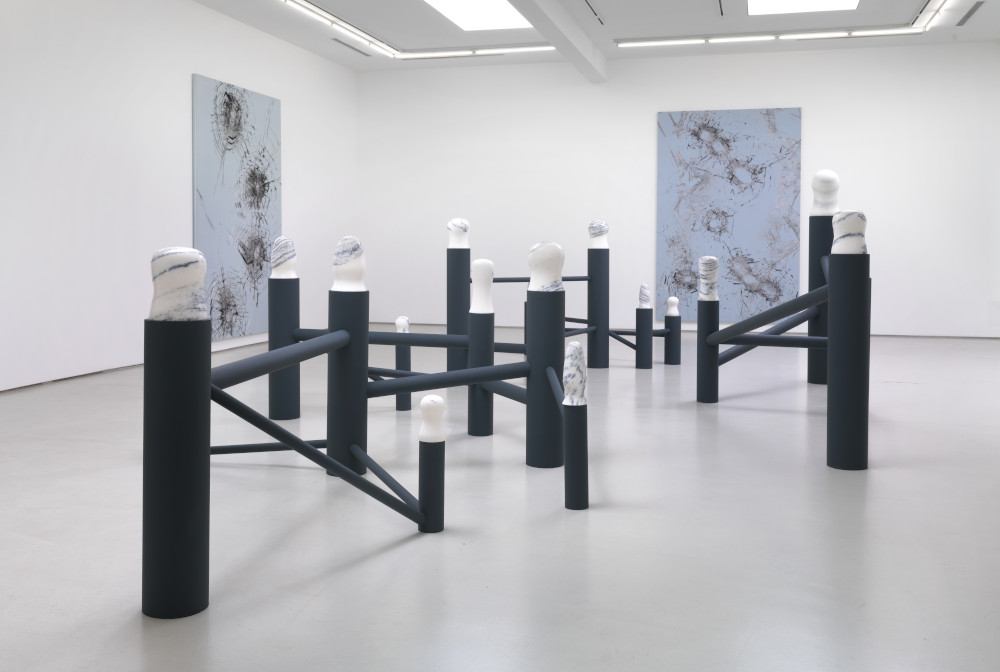 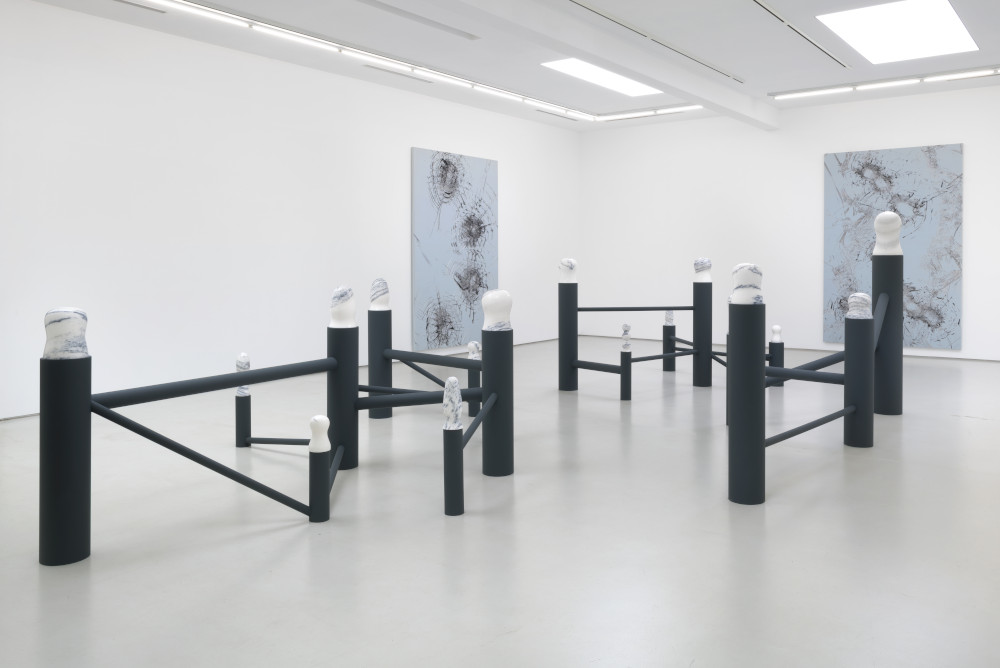 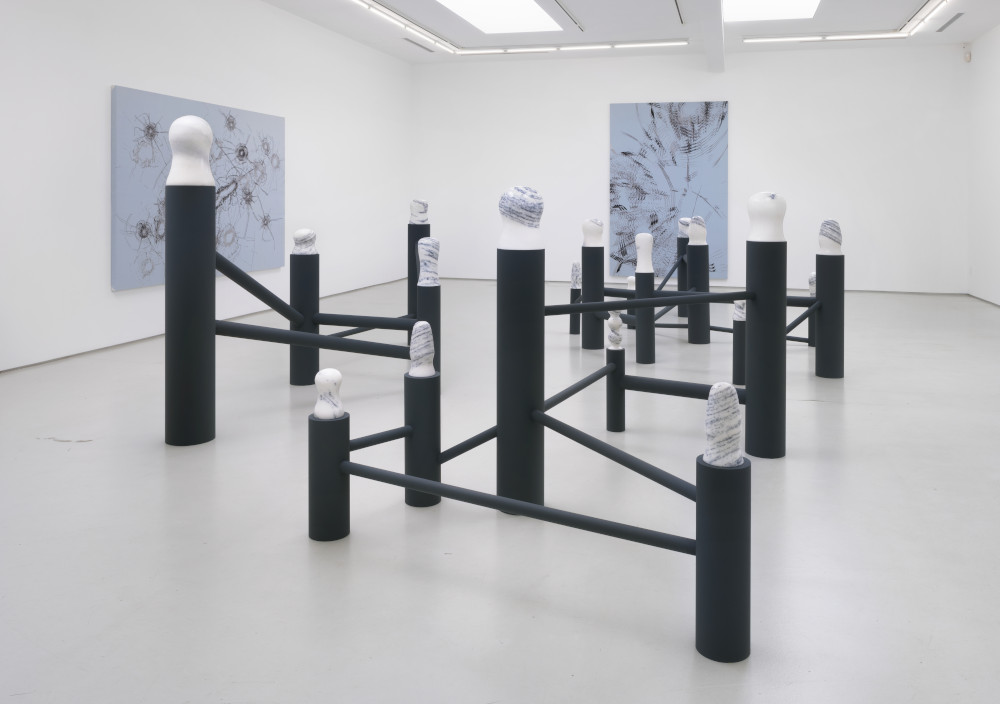 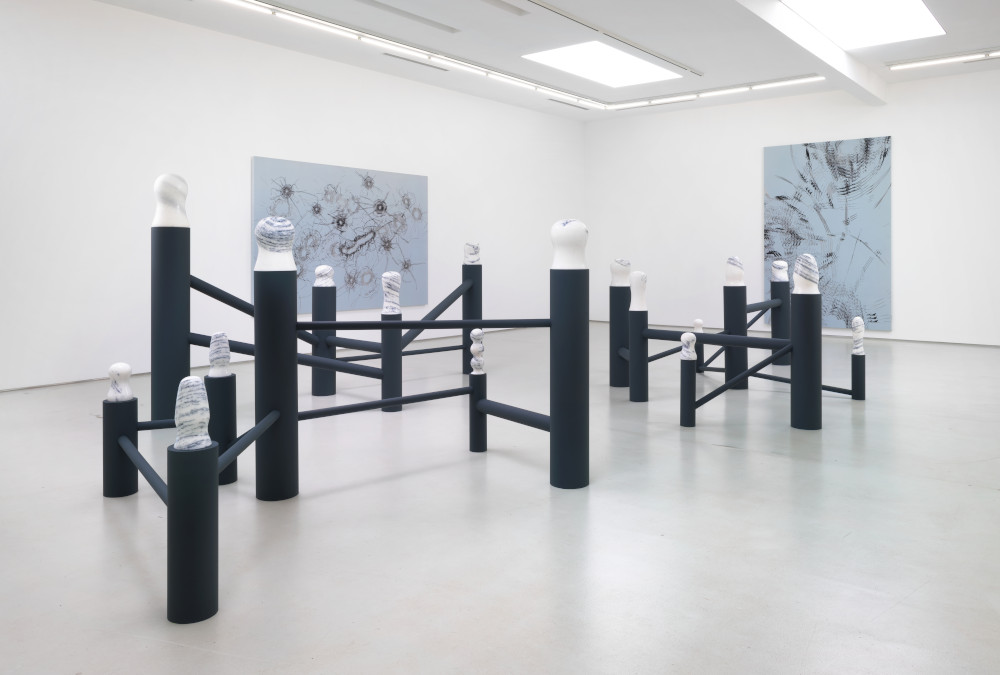 Additionally on view are works from his renowned Constellation series, which centers on Zhao Zhao’s reflection on the ephemeral passage of time. Here, the artist shows embroidered versions that he worked on with his mother, with whom Zhao Zhao has collaborated with before.

The gourds will be arranged on connected columns in the center of the gallery, that when seen from above, branch out like constellations. The exhibition showcases Zhao Zhao’s dexterous engagement with multiple formats and structures of art, allowing viewers to engage with the multidisciplinary facets of his practice.

As Chinese culture and society go through drastic transformations in the contemporary era, the usages and metaphorical meanings of the gourd have changed towards a new reality. Historically, gourds were dried and then used to store water, wine, and medicine, as well as “magic” elixirs. Shaped like the number 8, an auspicious omen, gourds were used as charms for scaring away malefic spirits. In Daoism, the naturally-formed symmetrical shape of the gourd represents both sky and earth united, the infinite, the universe, or an entry into another world.

The early manufacturing of molded gourd wares began as early as the Ming dynasty, created by encasing a newly sprung gourd into a mold, so as the gourd grows it slowly conforms to the shape of the mold. The prevalence of human interference to create powerful forms of symmetry, beauty and control, is an easy metaphor for how people – both individually and collectively – comply to another’s domination. There is also a parallel, perhaps, to how young gourds are encapsulated into molds, their different configurations are suggestive of how important the formative gestures that occur at the beginning really are, as are the authoritative checks to sustain growth. Zhao Zhao’s exhibition is a tactile study in the way we form relationships: to ourselves, to power, to minority and majority players, and how our own physical bodies are implicated within those narratives.

The series Constellations began in 2008, after Zhao Zhao was involved in a serious motor accident. Noting the twisting cracks on the glass that resulted from the force of the impact of his body against the windshield, he became focused on investigating the effect of dynamic intervention on already-extant forms. Zhao Zhao has often used the visual of breaking glass to explore his fascination with repeated, forceful, even violent efforts, and how they are often fruitless against organized political, social and/or economic resistance. As with much of his work, these images have become representative of other realities, across space and time, to be continuously explored over an ongoing series.

The exhibition is accompanied by a screening of Zhao Zhao’s film documenting how the gourds were designed, including the initial planting stage through the final transformations.

Living and working in Beijing, China, Zhao Zhao is known for making sculptures, paintings and installations which examine the power of individual free will and the dynamics of state control. As a former assistant to Ai Weiwei, Zhao Zhao is no stranger to the complexities and setbacks caused by political anxieties.

Zhao Zhao’s The Project Taklamakan was elected as the background picture of 2017 Yokohama Triennale Poster and catalog. In 2017 he was also selected as one of the “Top 10 Chinese Artists to Watch” by CoBo and was nominated for “Young Artist of the Year” in the 11th Annual Award of Art China (ACC) and one of Modern Painters “25 Artists to Watch”.

Control is the artist’s second solo exhibition with Roberts Projects.