Xavier Hufkens is delighted to announce the representation of leading Chinese artist Zhang Enli (b. 1965) and his inaugural exhibition with the gallery. In this presentation, the varied facets of the artist’s erudite and lyrical practice are brought to the fore in a thoughtful and representative selection of works spanning both gallery spaces. 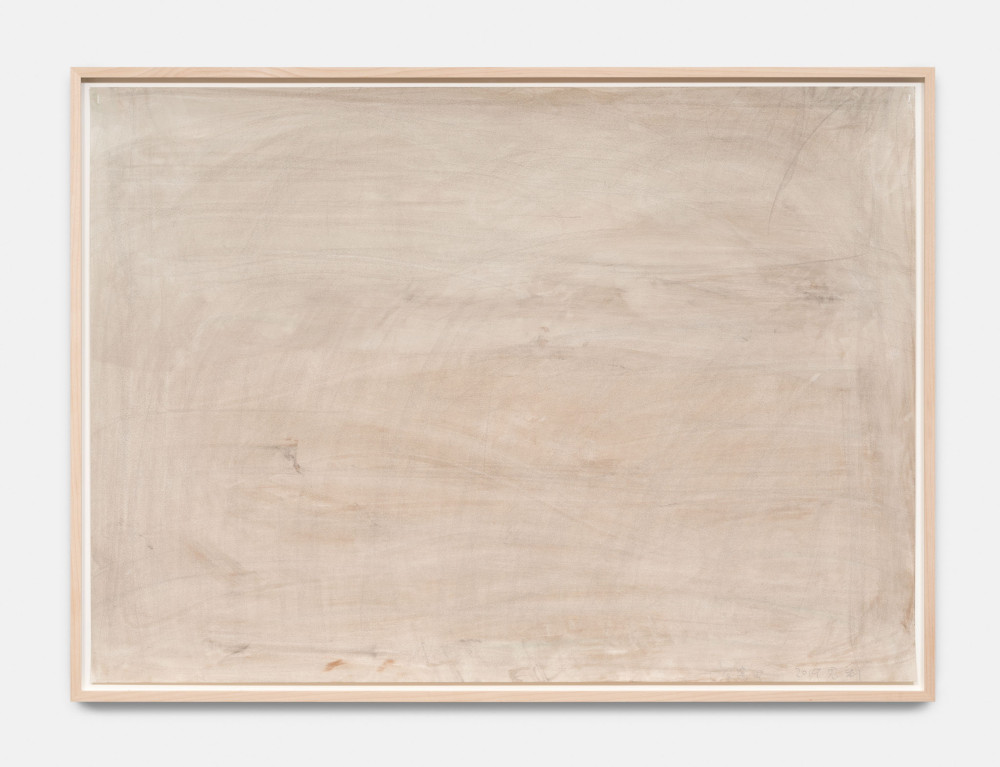 Watercolour on paper
77,7 x 107,8 cm
Courtesy of the Artist and Xavier Hufkens, Brussels 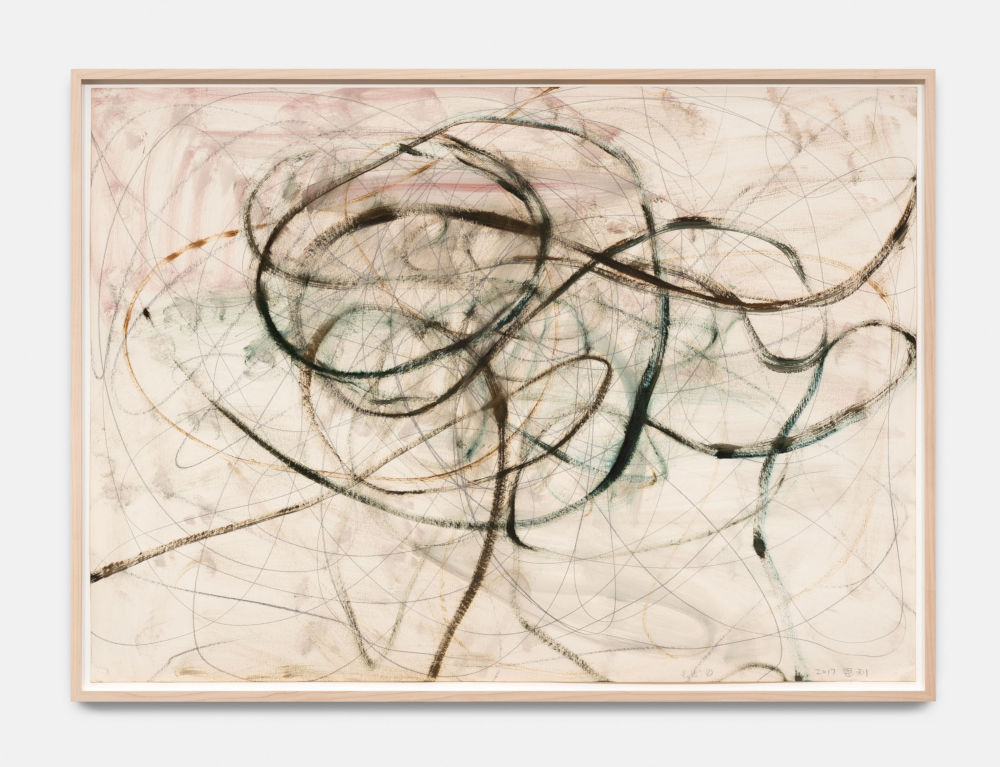 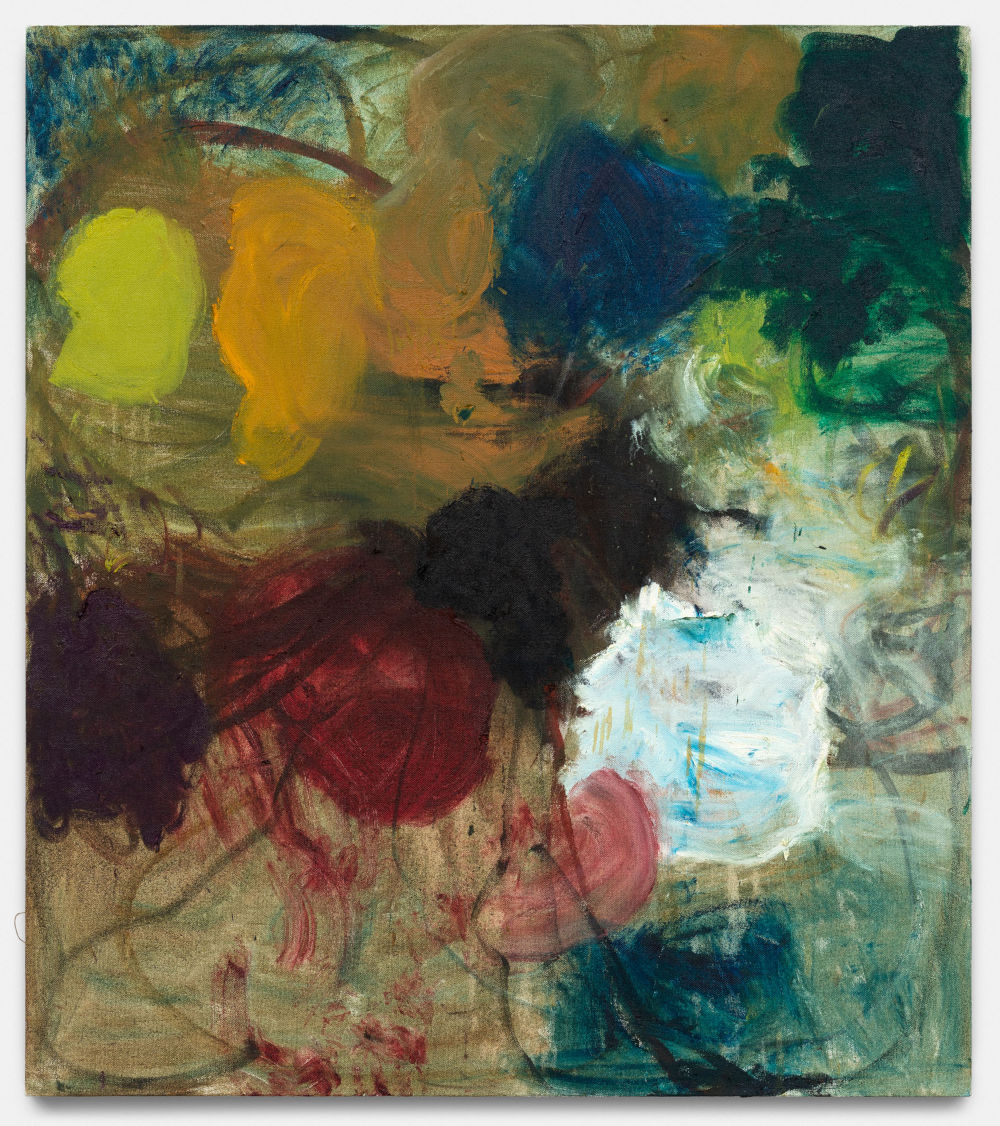 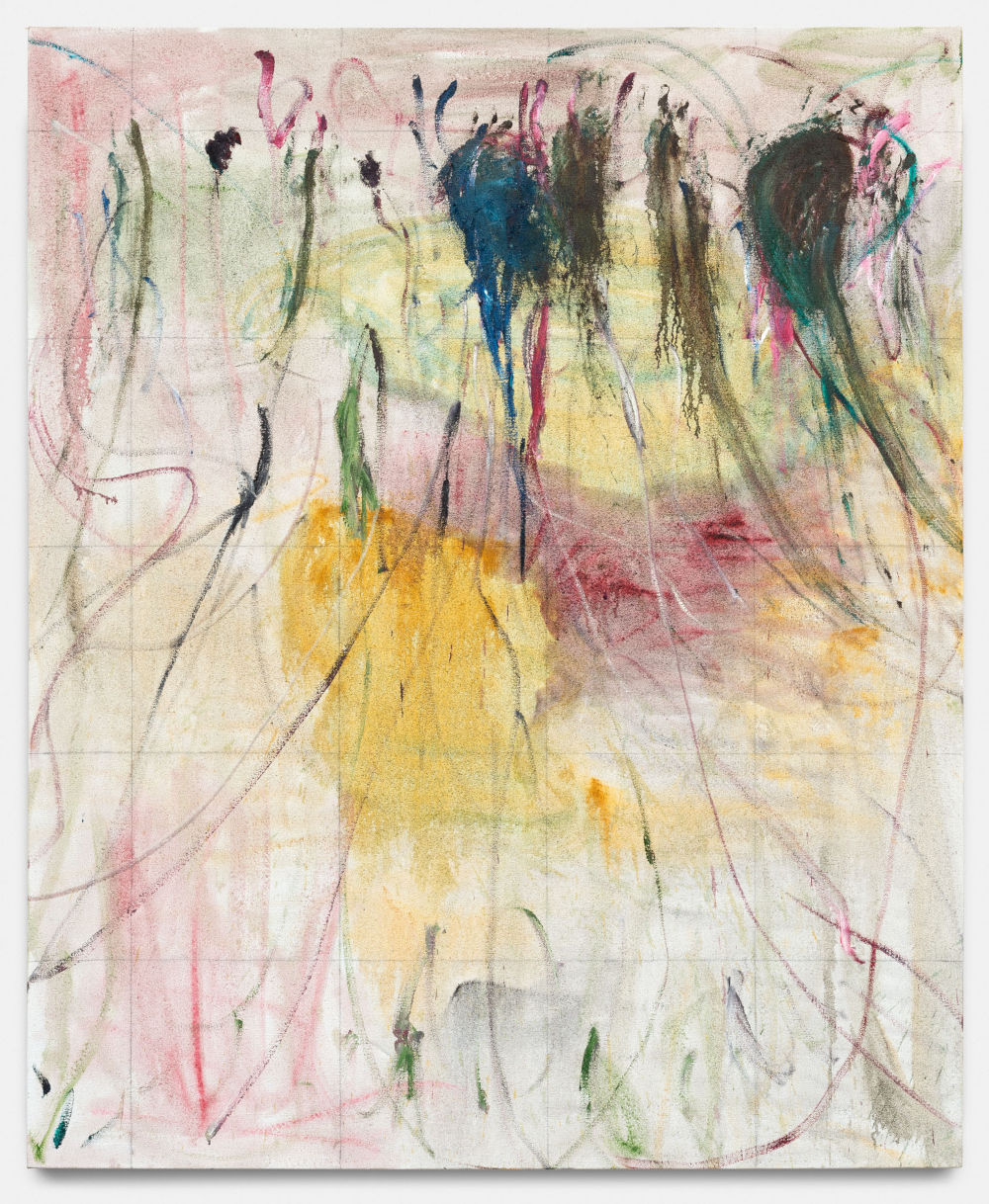 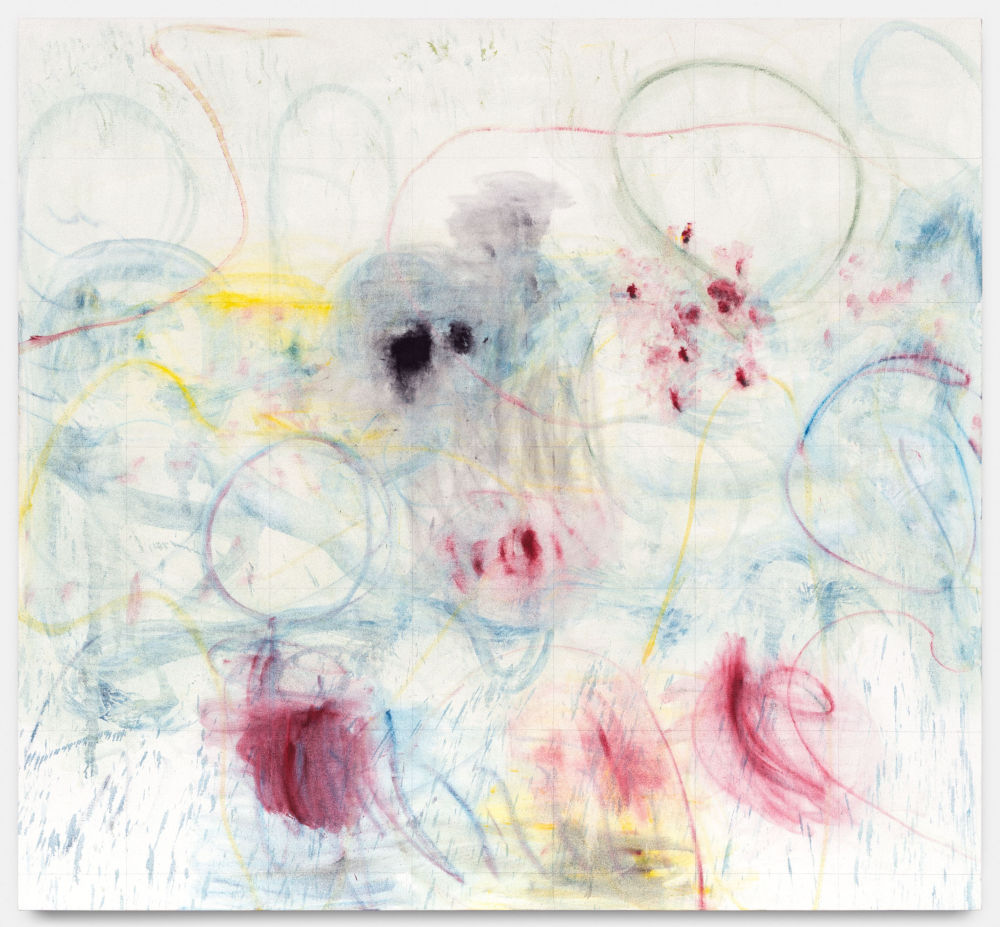 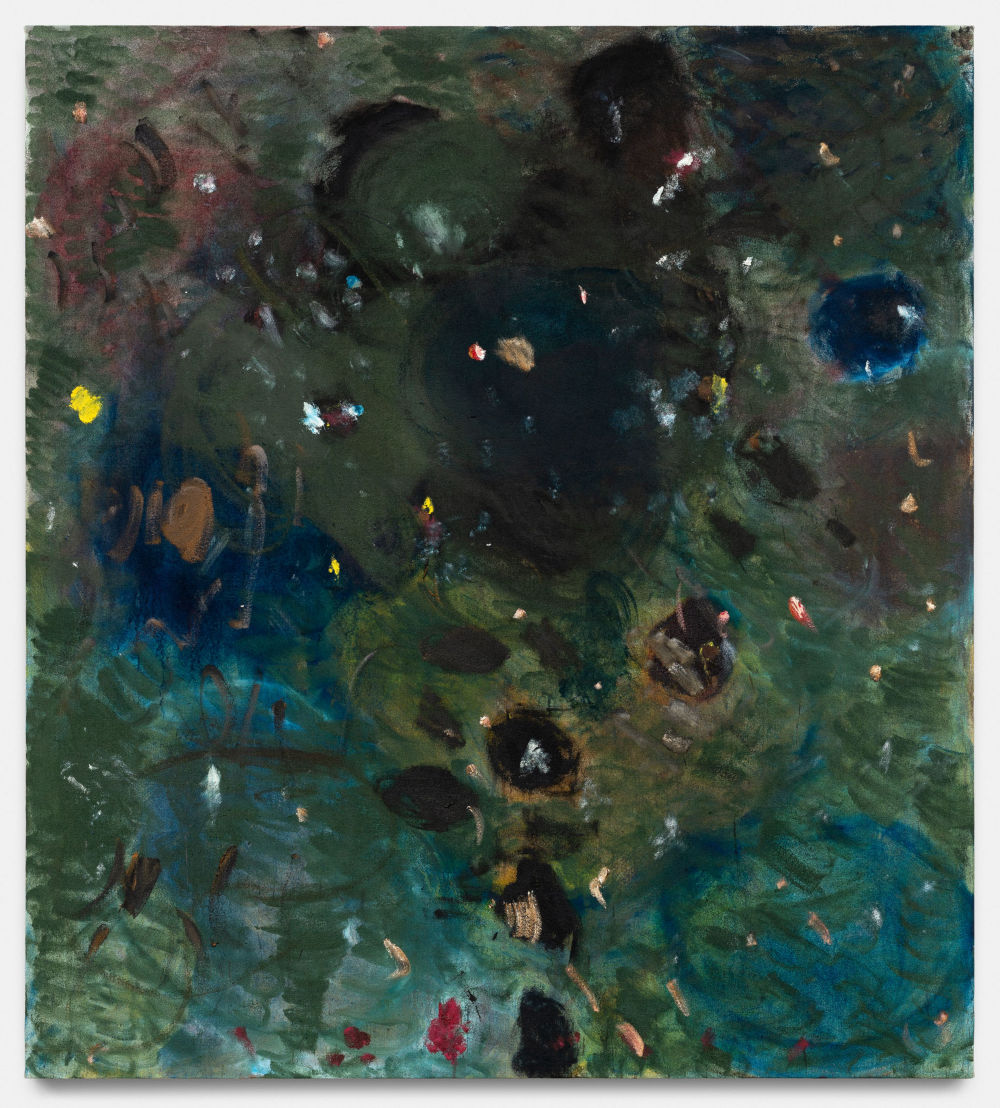 Zhang Enli
A Portrait of a Physician, 2019 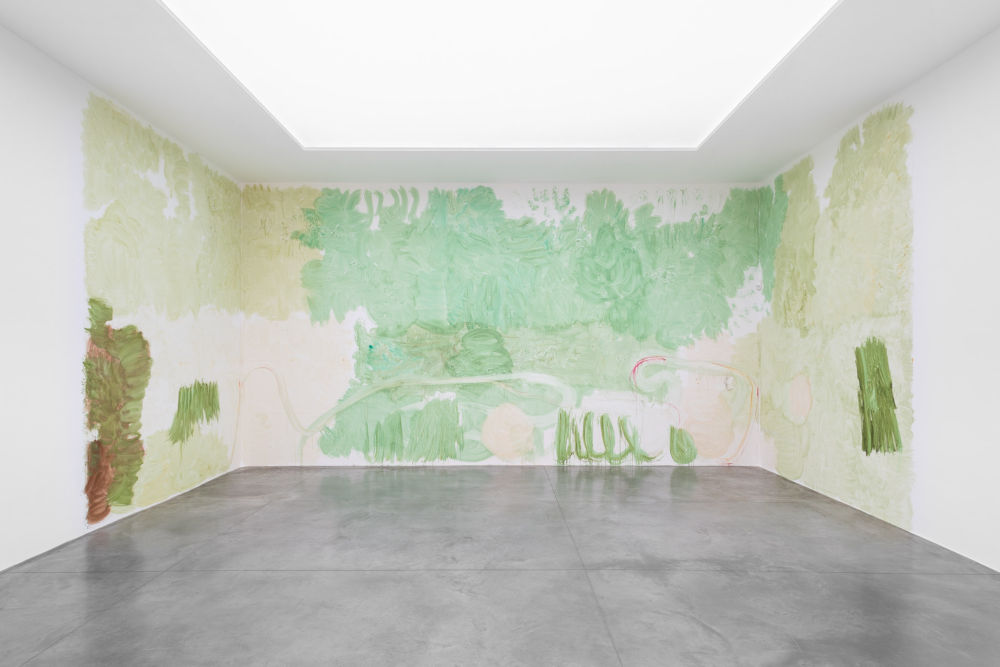 Zhang Enli
Watercolour on the Wall, 2019 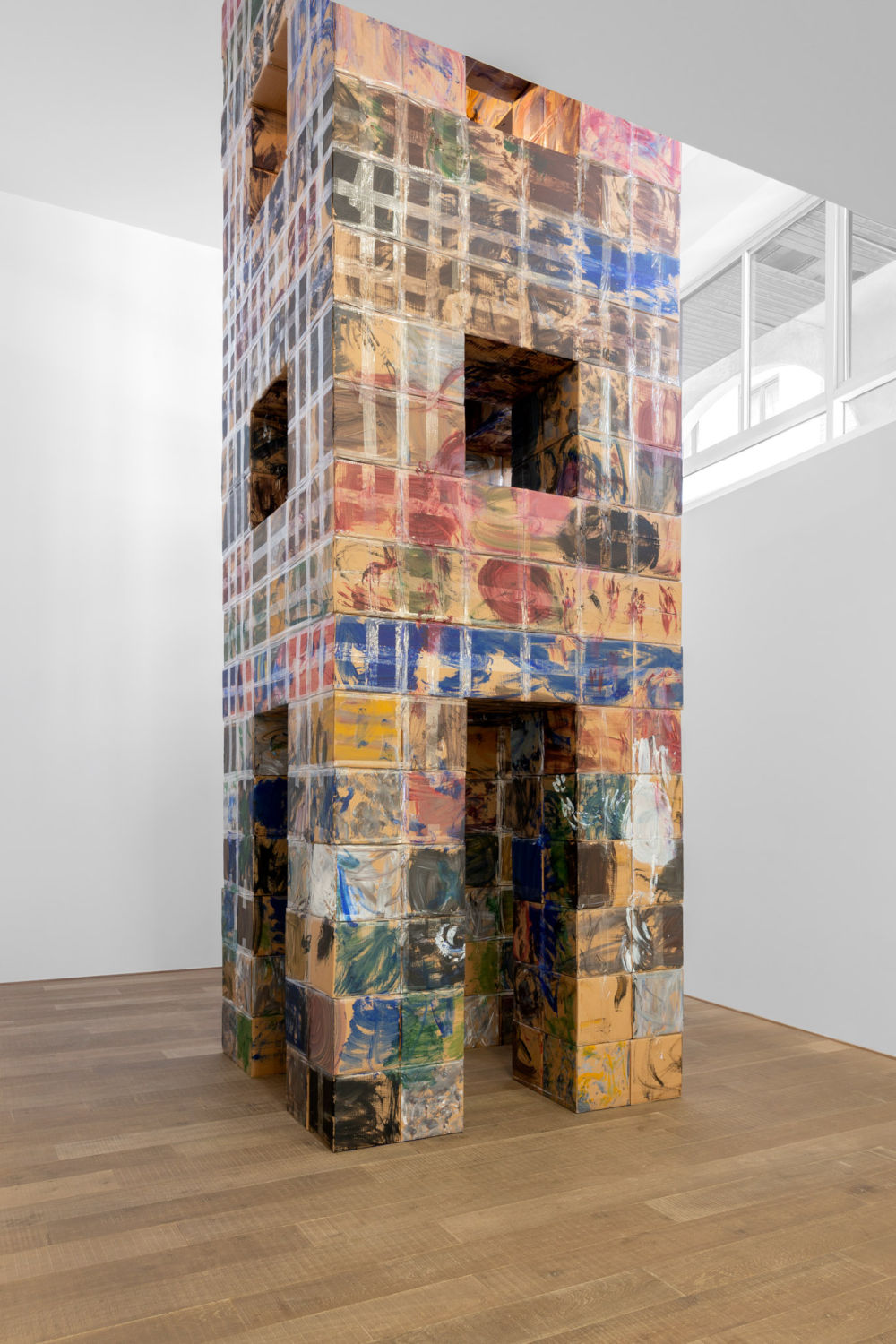 Zhang Enli is a painter whose oeuvre has gradually developed from visual interpretations of everyday objects to abstraction. Interested in the morphology of painting and its relationship to space, he works in both two and three dimensions and often creates works directly on the surfaces of walls or cardboard structures. In recent years, he has made a series of immersive, site-specific environments known as ‘space paintings’ that push the boundaries of his chosen medium. Uniting this diverse yet coherent oeuvre are the enduring themes of memory and emotion, which the artist frequently explores in relation to his experience of growing up in rural China and the present-day reality of his life in Shanghai.

The exhibition opens in the main gallery with a large mural. This practice typifies Zhang Enli’s intuitive and spatial approach, but also serves as an introduction to his distinctive painterly style. The artist is known for his mastery of thinly applied pigments, which he manipulates using rapid and fluid brushstrokes. Moving from section to section, he adds semi-transparent layers to the wall but never allows texture to accumulate: the end result appears as an indivisible part of the architectural surface while retaining the vestiges of the physical gestures behind its creation.

In the adjacent rooms, Zhang Enli presents a series of oil paintings that form a dynamic contrast to the mural. Like much of the artist’s abstract work, the canvases stem from his interest in human perception and the subconscious. They are directly related to memory and the ever-fluctuating relationship between past and present. More specifically, the artist investigates the fleeting moments in which traces of bygone events, places and impressions make themselves felt in contemporary day-to-day life. Though invisible and elusive, these sensations are intensely palpable and form the springboard for his explorations of colour and composition. Just as his life has embraced two diametrically opposed worlds – the rural/traditional and the urban/hyper-modern – so too is his technique indebted to both Western and Eastern artistic conventions. The gestural brushwork and sparsely applied paint, both of which are evocative of classical Chinese painting, feel worlds apart from the hard-edged urbanism of twenty-first century Shanghai. This is also true of the colour palette, which seems to have a greater affinity with early twentieth-century modernism than the loud colours one might associate with the bustling metropolis today. These delicate qualities imbue the oil paintings with an air of otherworldliness, as though they emanate from a more distant time and place.

The second space is dominated by a monumental tower made of painted cardboard boxes. These in situ objects have long featured in Zhang Enli’s practice, either as the subjects of paintings or as part of actual physical structures. For the artist, cardboard boxes are humble, friendly and often overlooked items. He utilises them here to create a sculptural form, allowing painting to escape the confines of a two-dimensional canvas. This self-assembled ‘three-dimensional painting’ is as unpretentious as it is ingenious, and a tour de force in terms of scale and execution, echoing the verticality and architectural parameters of the gallery space.

The nearby ‘apartment’ series of paintings are based on impressions derived from spartan rooms occupied by the artist in various corners of Shanghai and at different stages of his life. They touch upon the notion of transition and evolution, both on a personal level and in terms of the city’s own meteoric development. While the ‘old’ Shanghai that the artist first encountered in the 1990s has disappeared beneath the weight of a futuristic megalopolis, Zhang Enli alludes once again to the meshing and merging of past and present. In this sense, the apartment series correlates socio-economic progress to different types of accommodation, and a fight for survival that often plays out across the city. From the chaos of the urban sprawl, dominated by some of the tallest buildings in the world, he distils a serene emptiness, devoid of all detail and lacking any human presence.