Pippy Houldsworth Gallery is delighted to announce the first London presentation of New Orleans-based artist Zarouhie Abdalian. Conceived as a site-specific installation for The Box, the gallery’s micro project space, con sordino (2021) advances Abdalian’s preoccupation with the relationship between sound, space, and society. 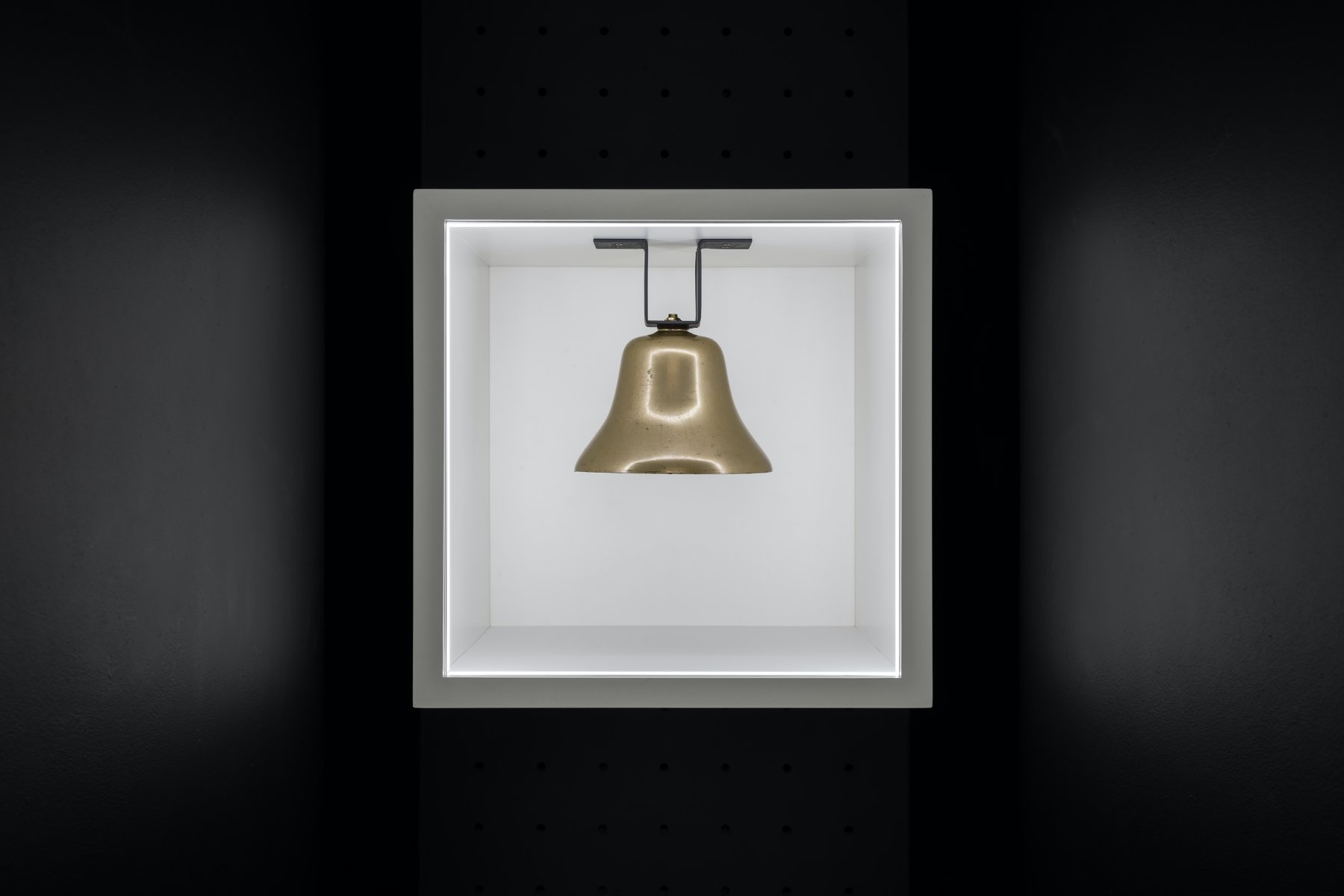 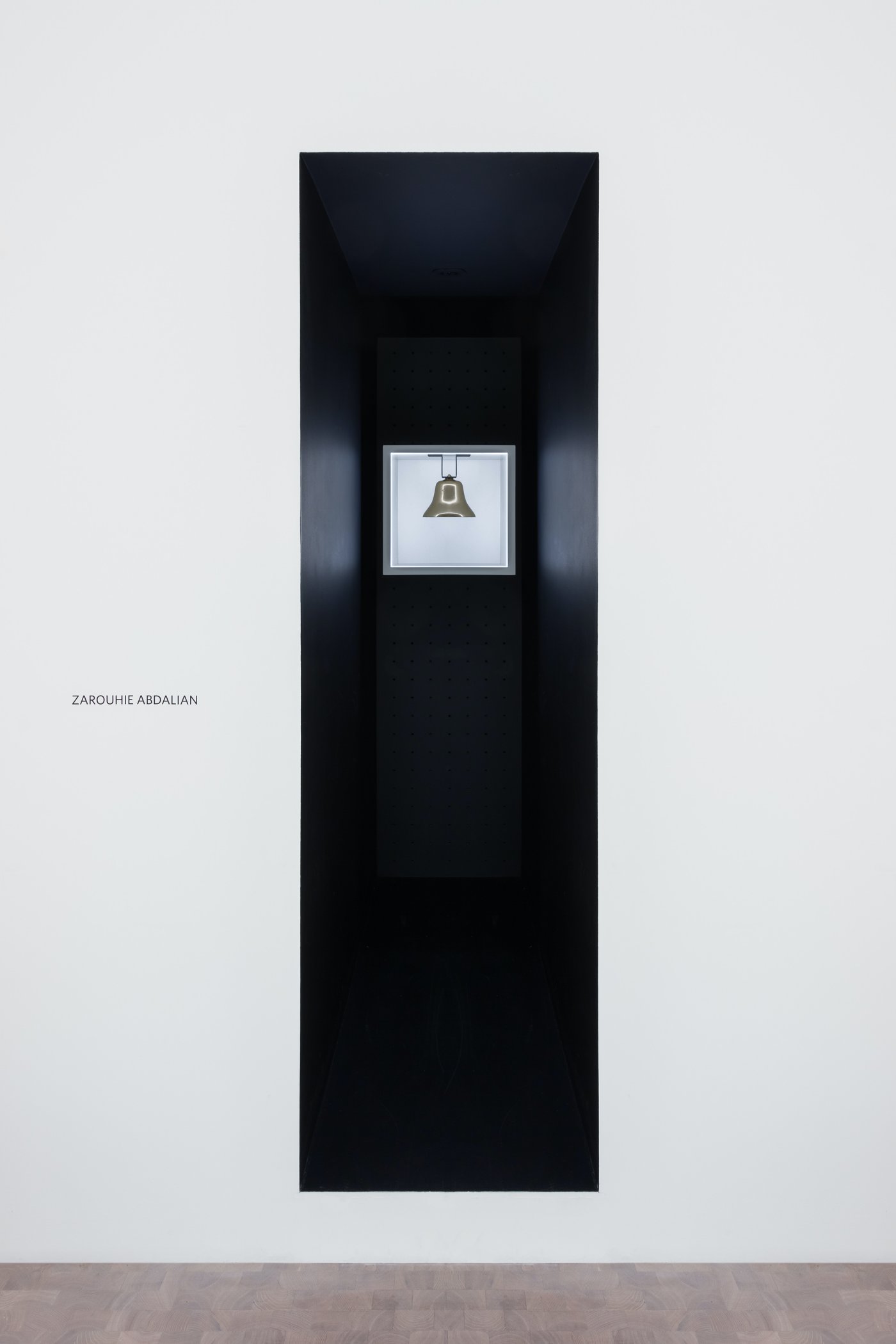 This audiovisual sculpture is composed of a single brass signalling bell continuously yet subtly ringing out from within The Box. A found object, the bell is likely to have once served as a small ship’s bell, primarily used for preventing collisions in foggy conditions. However, in the confined space of The Box, the bell’s cautionary, projective function is obfuscated, the ringing barely audible to those outside of The Box’s corridor. The title of the piece, con sordino (traditionally, a musical instruction for performers to mute), seems to acquire a twin significance here: firstly, as an acknowledgement of its subdued volume; secondly, as an appeal to the viewer/auditor who, without quiet contemplation, might miss something entirely. Breaking with the declarative triumphalism of bells in churches or town halls, con sordino rings most clearly in the fertile interstices between narrativising gestures.

The piece, nevertheless, retains the public function of church or civic bells, which once marked those moments of communal transition: a death, a marriage, the beginning of a curfew, the breaking of war. The viewer/auditor of con sordino is ushered into a space of liminality, wavering on the cusp of some ambiguous personal or historical change. In an era where most receive their news, and their warnings, from laptop or smartphone screens, con sordino resonates as an echo and an augury of collective invocation.