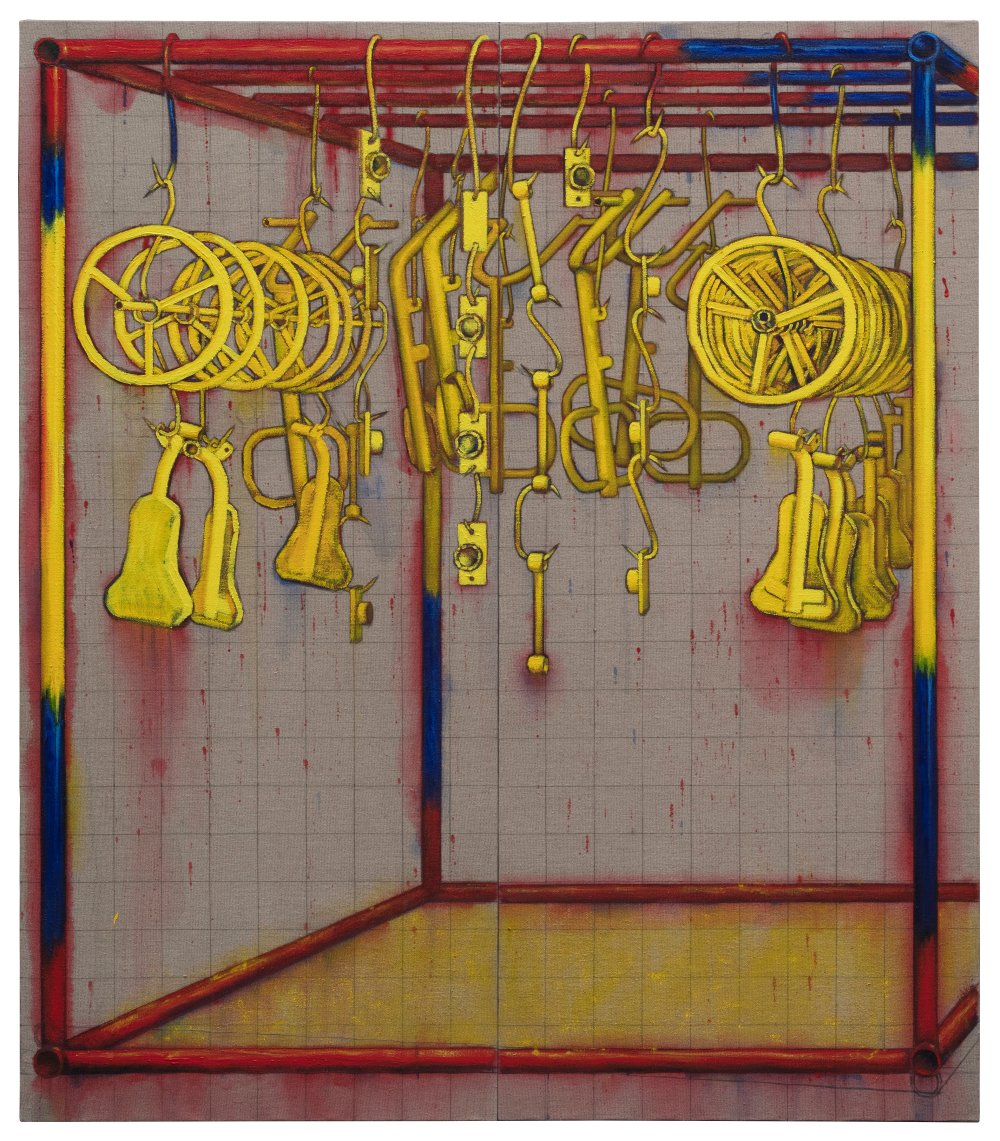 Zang Kunkun
The End or the Beginning, 2019 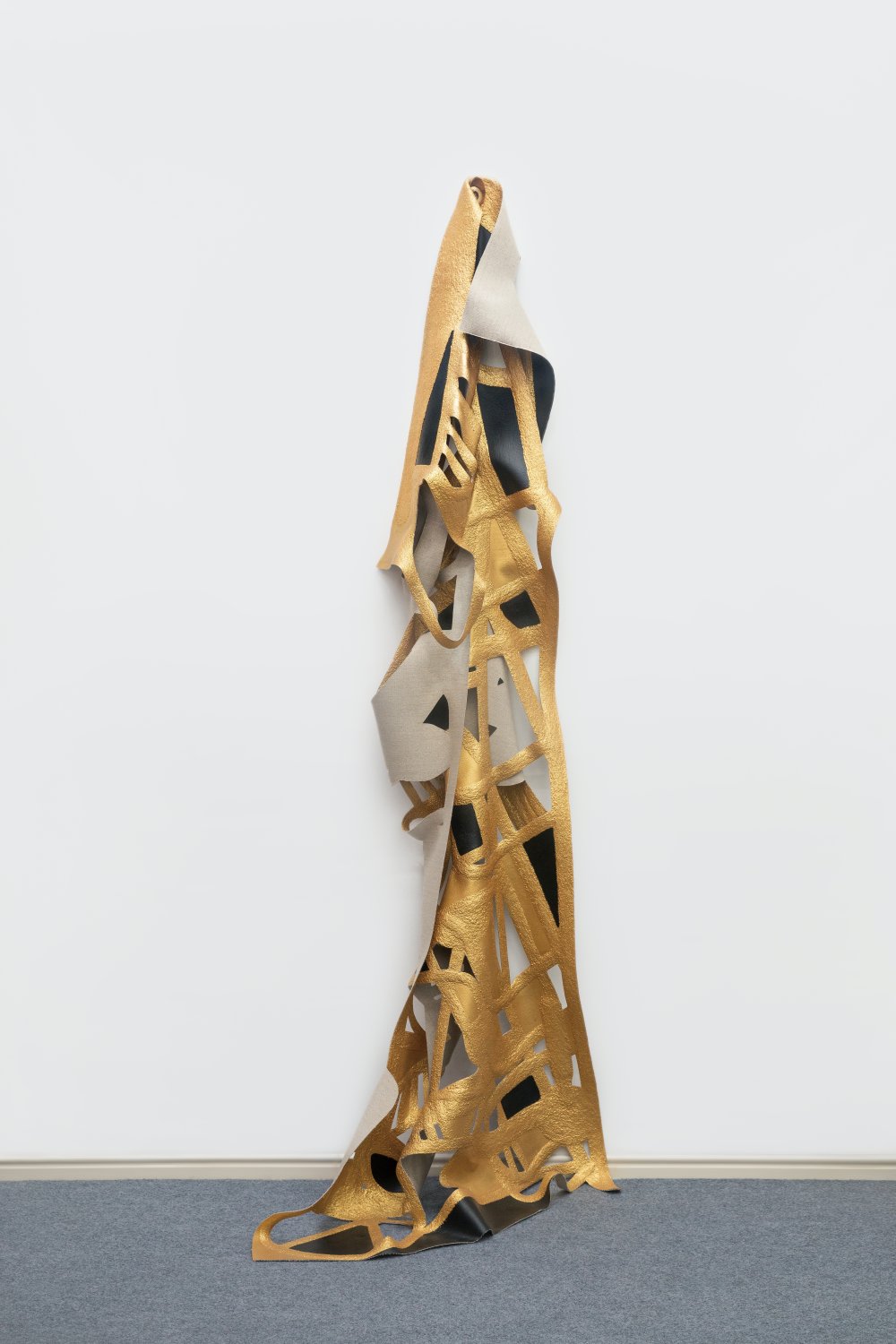 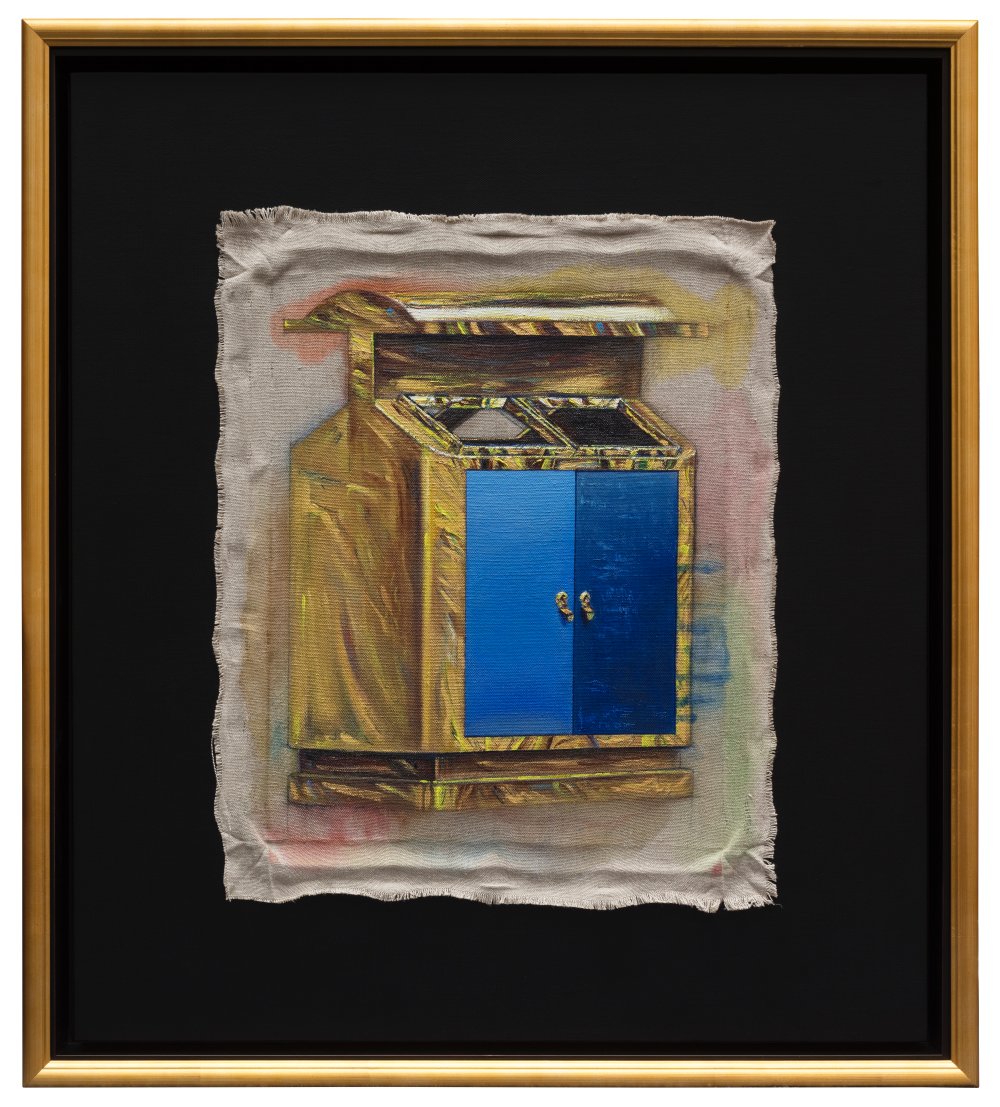 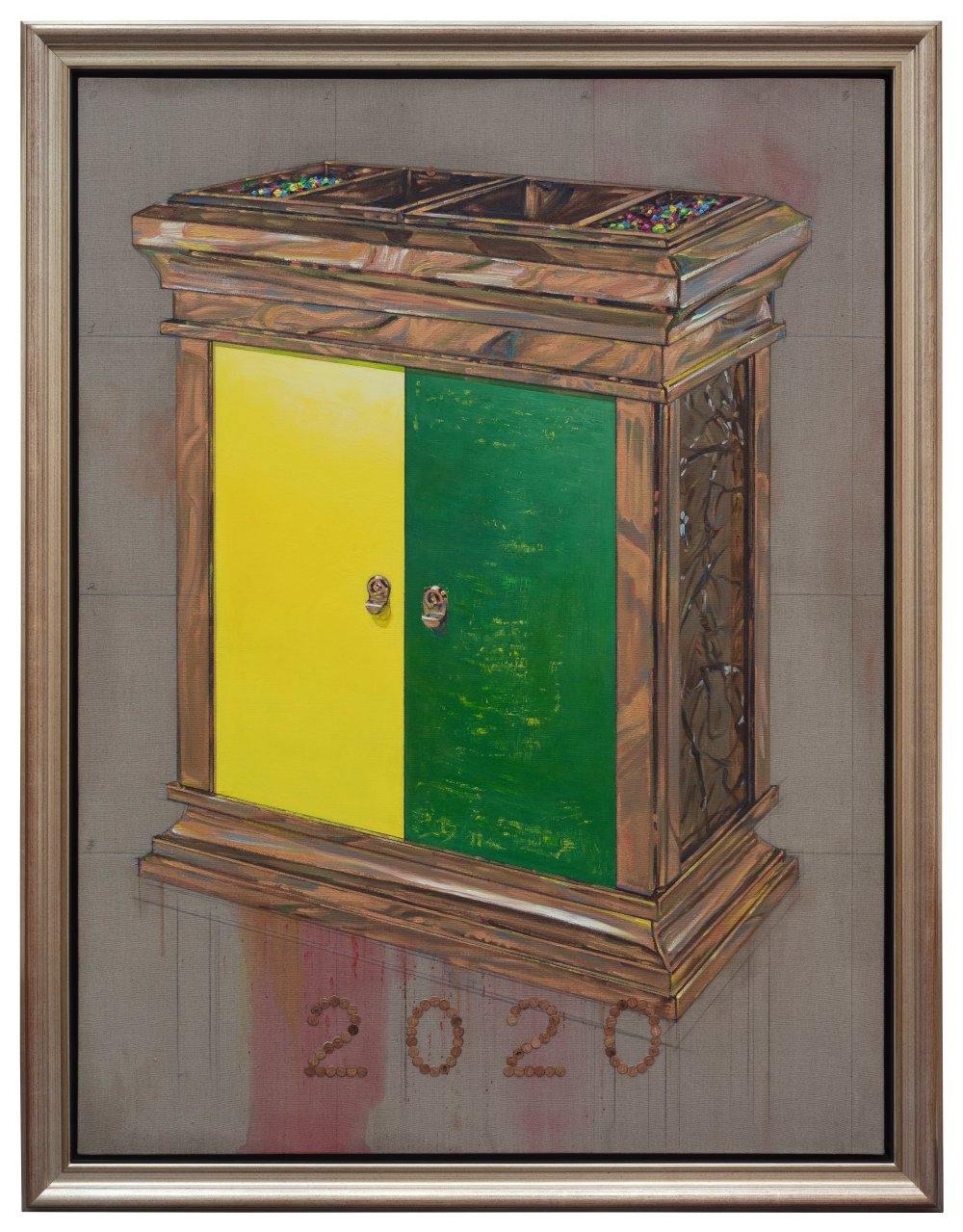 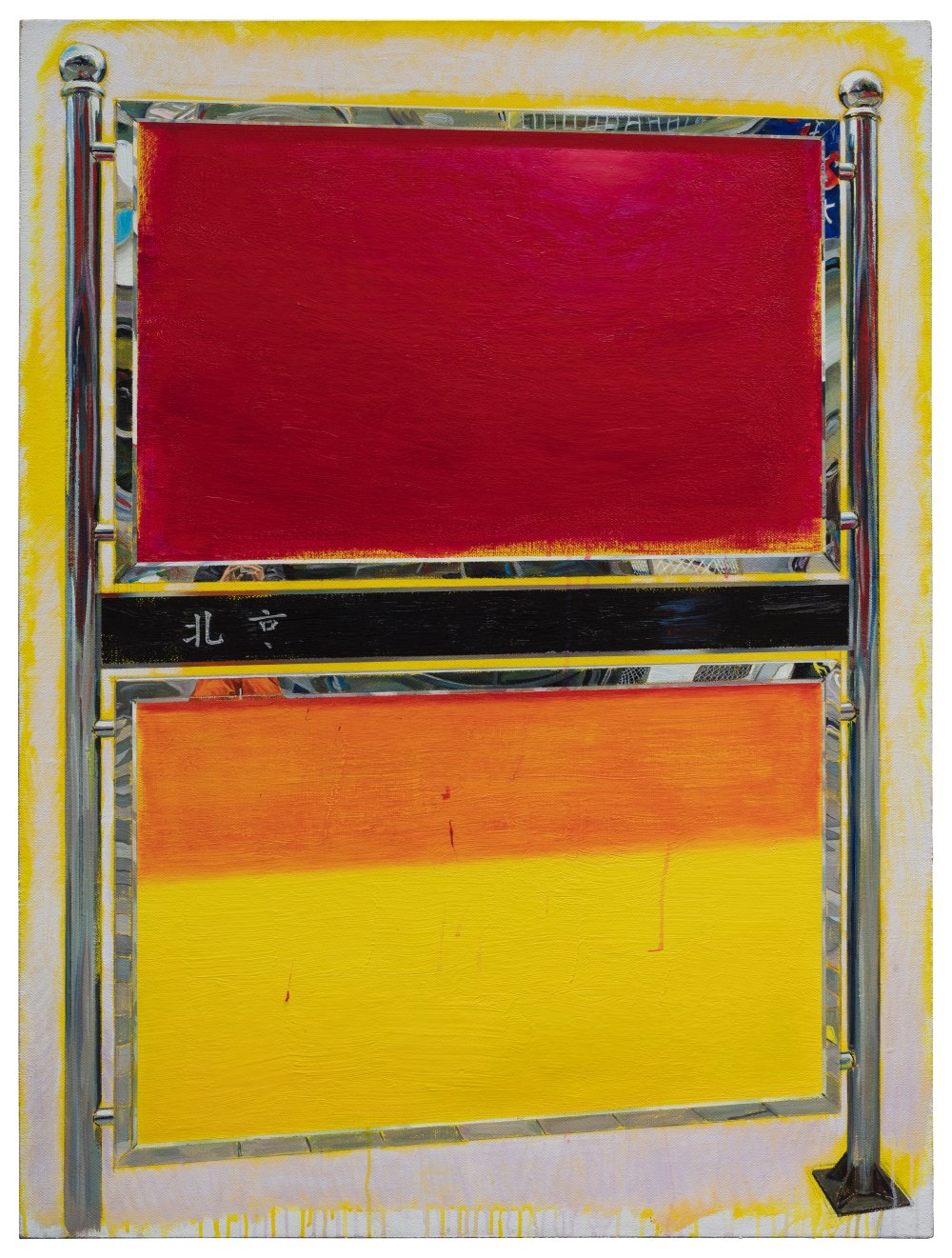 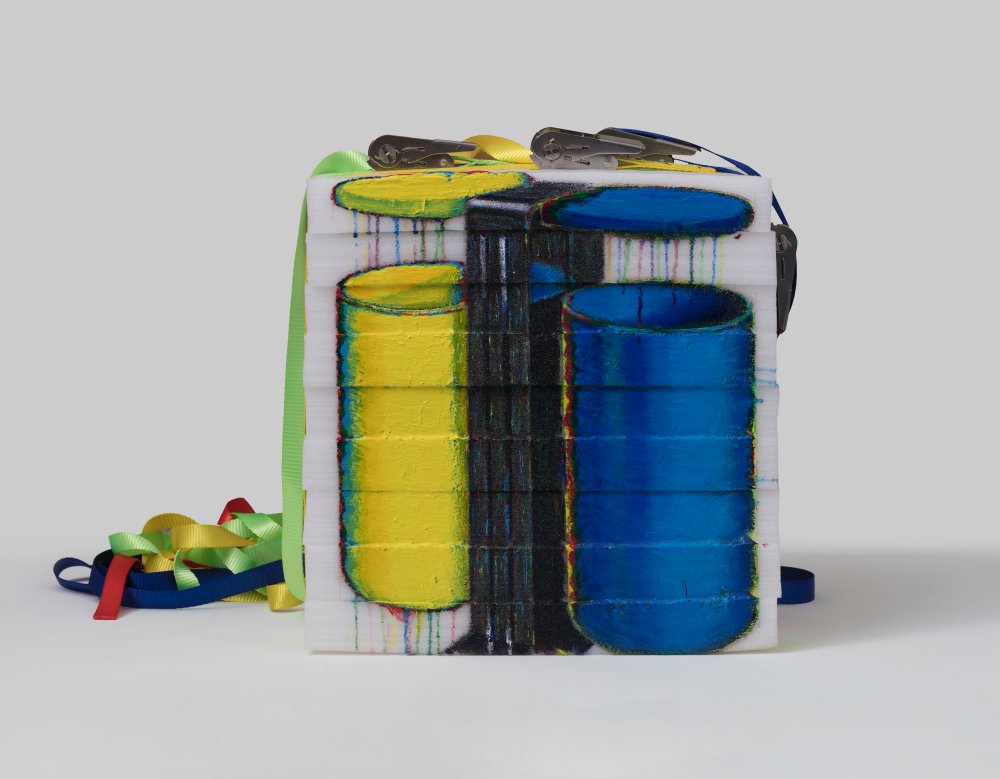 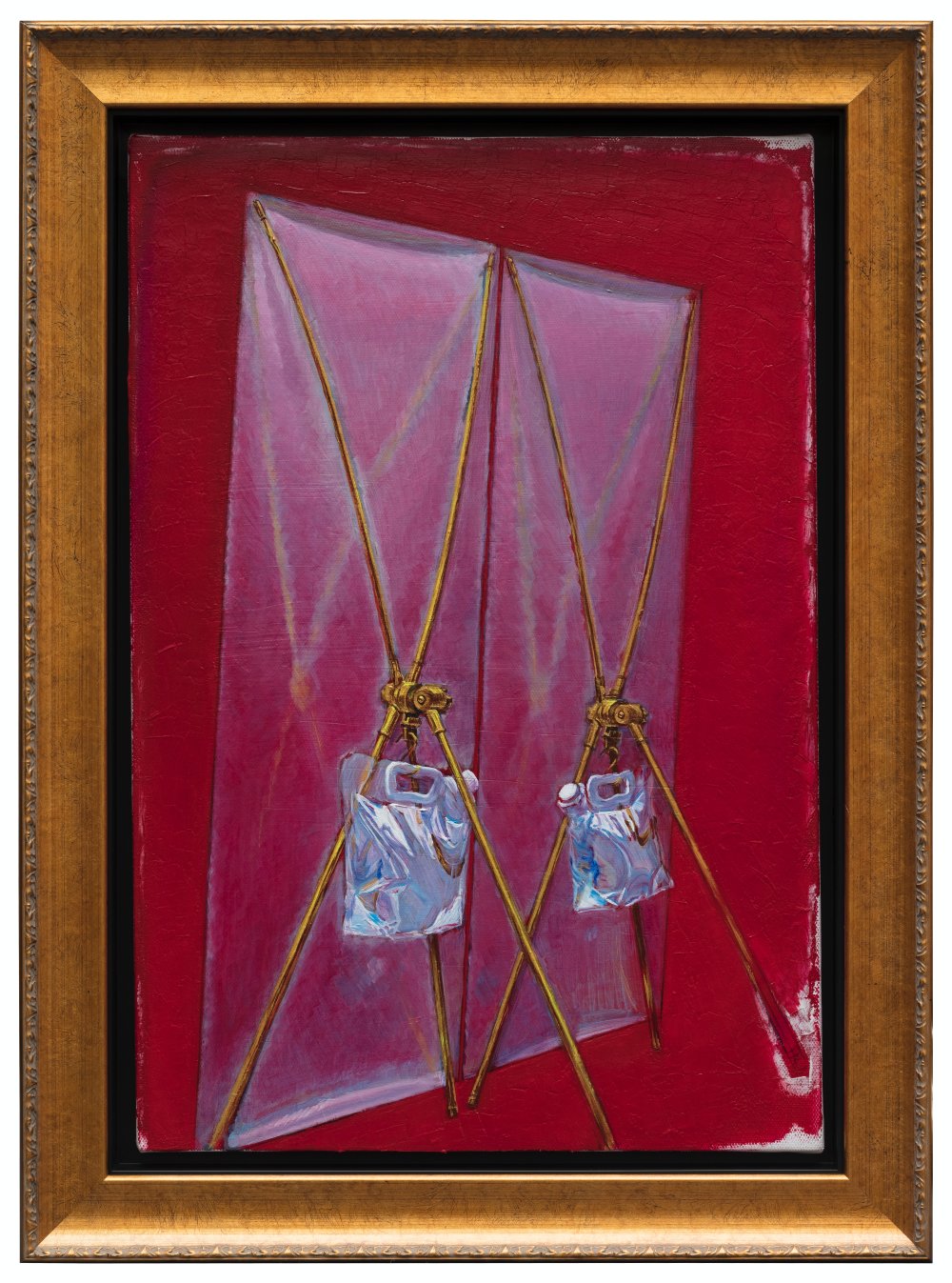 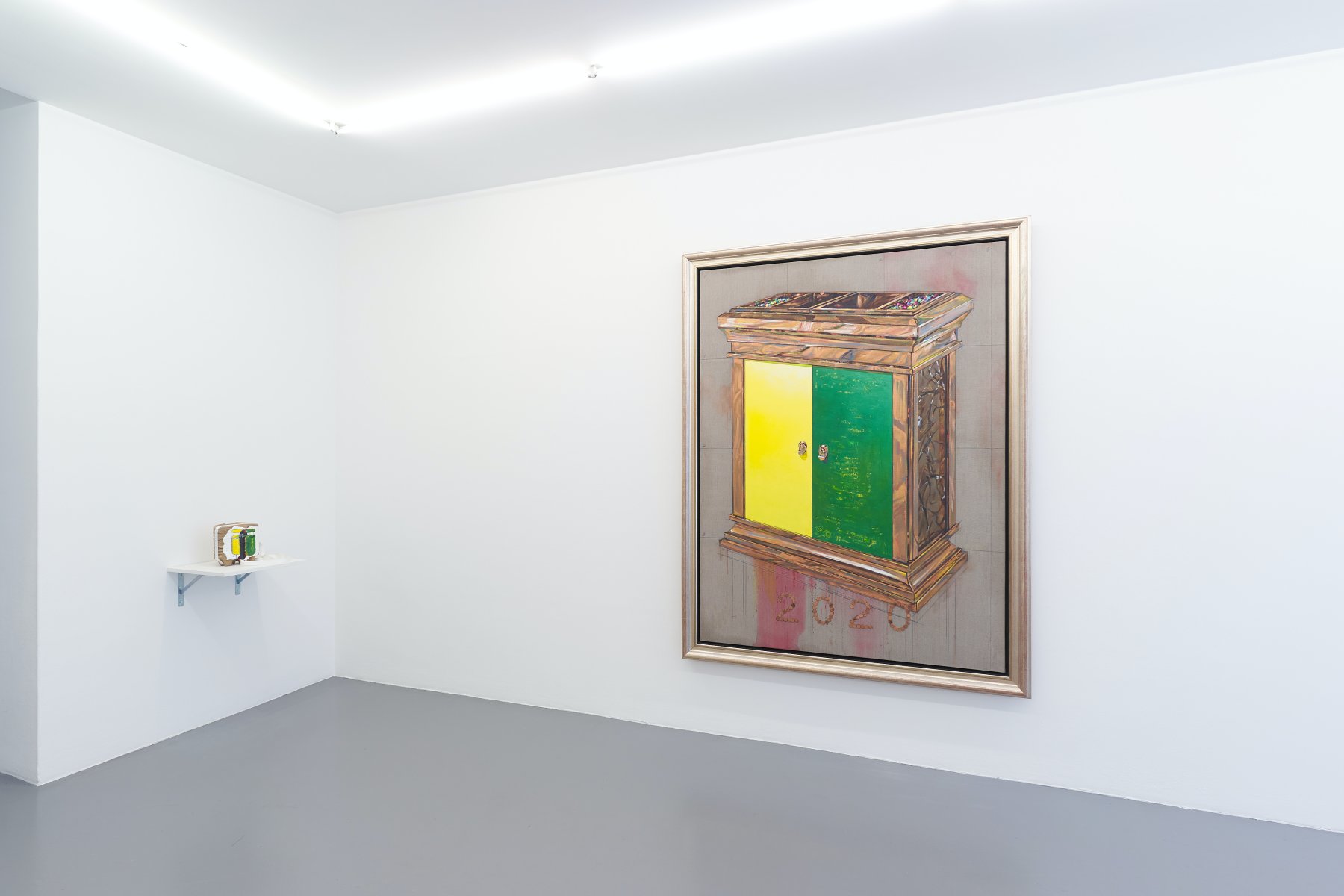 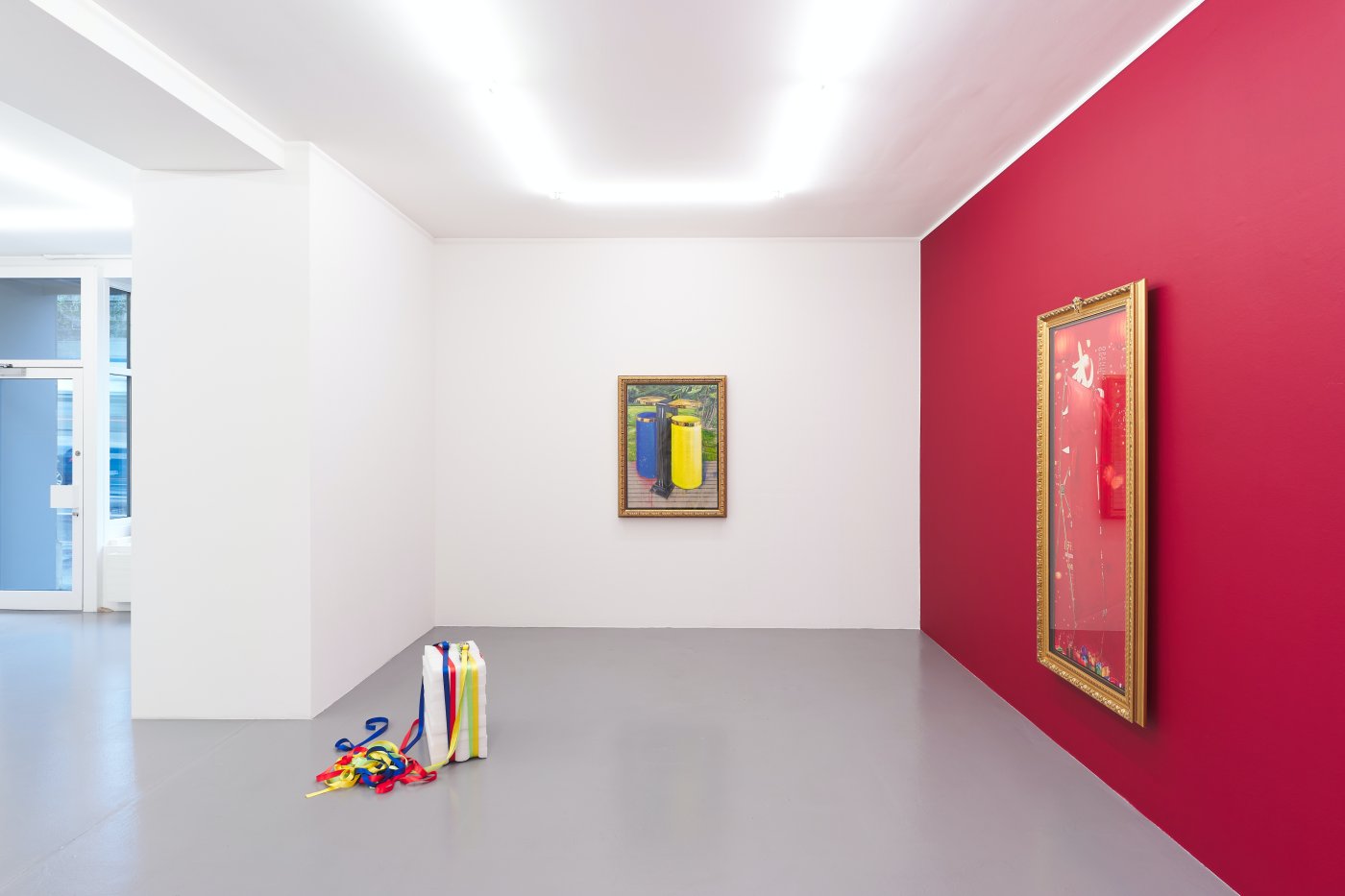 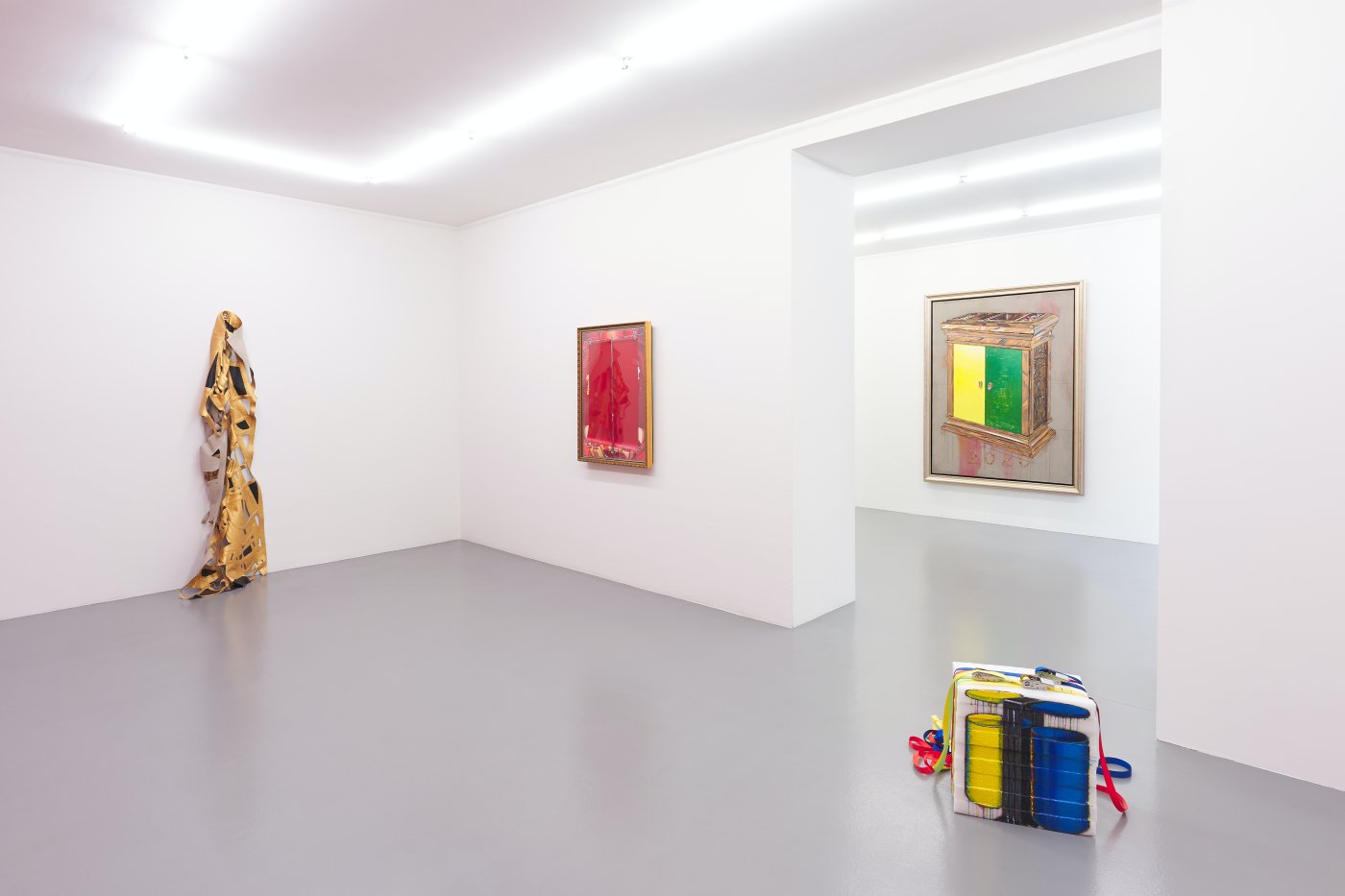 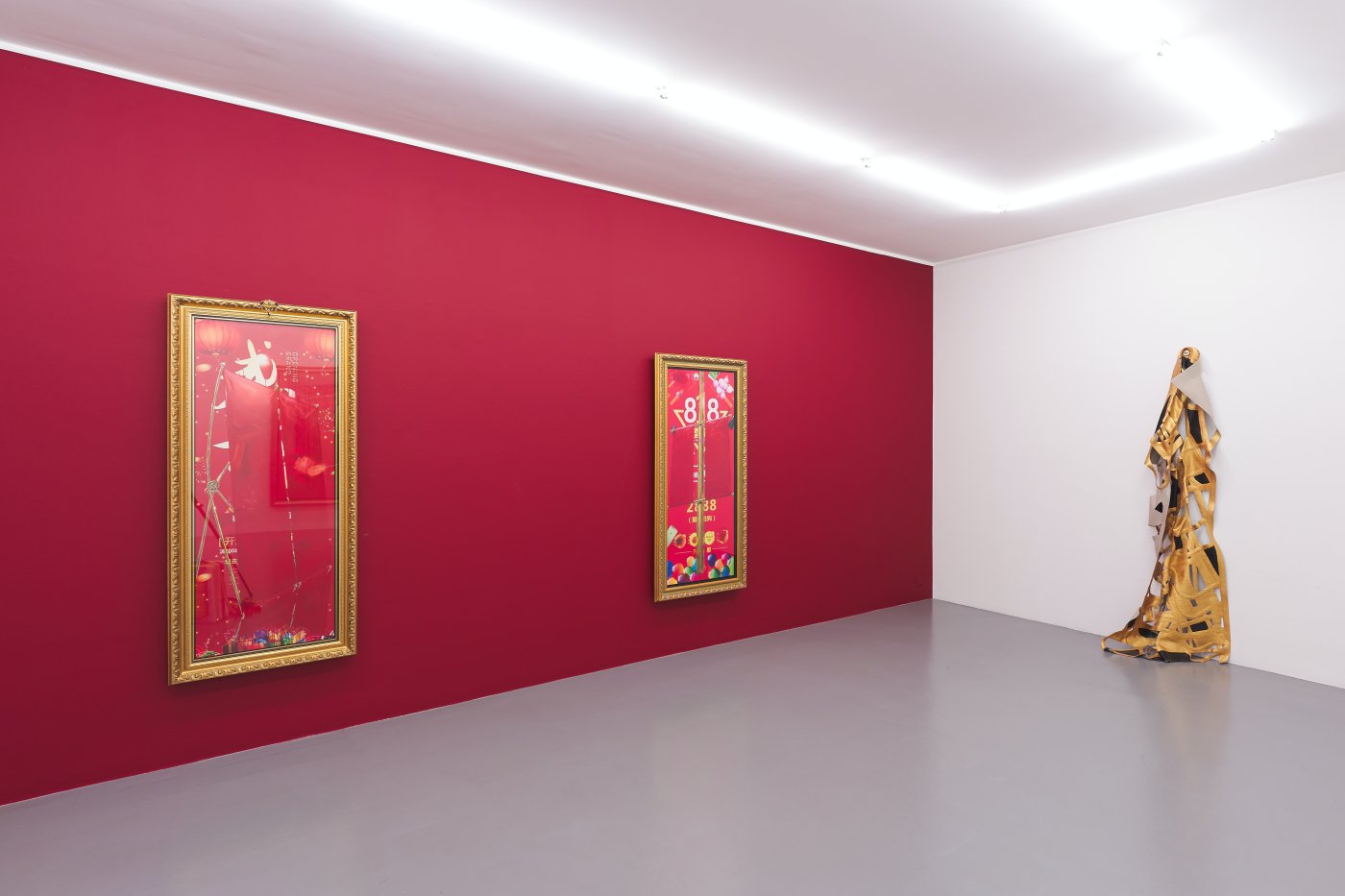 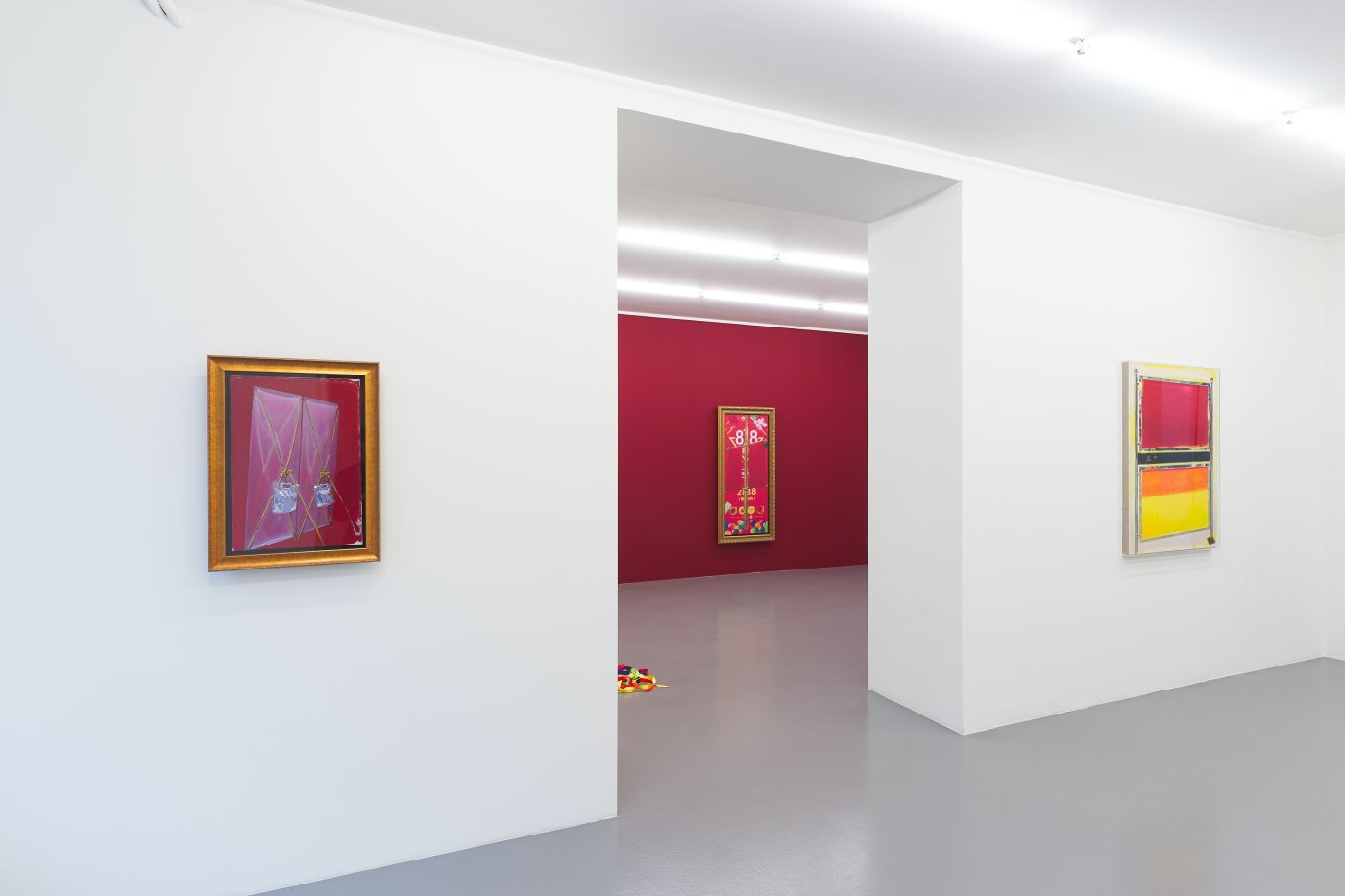 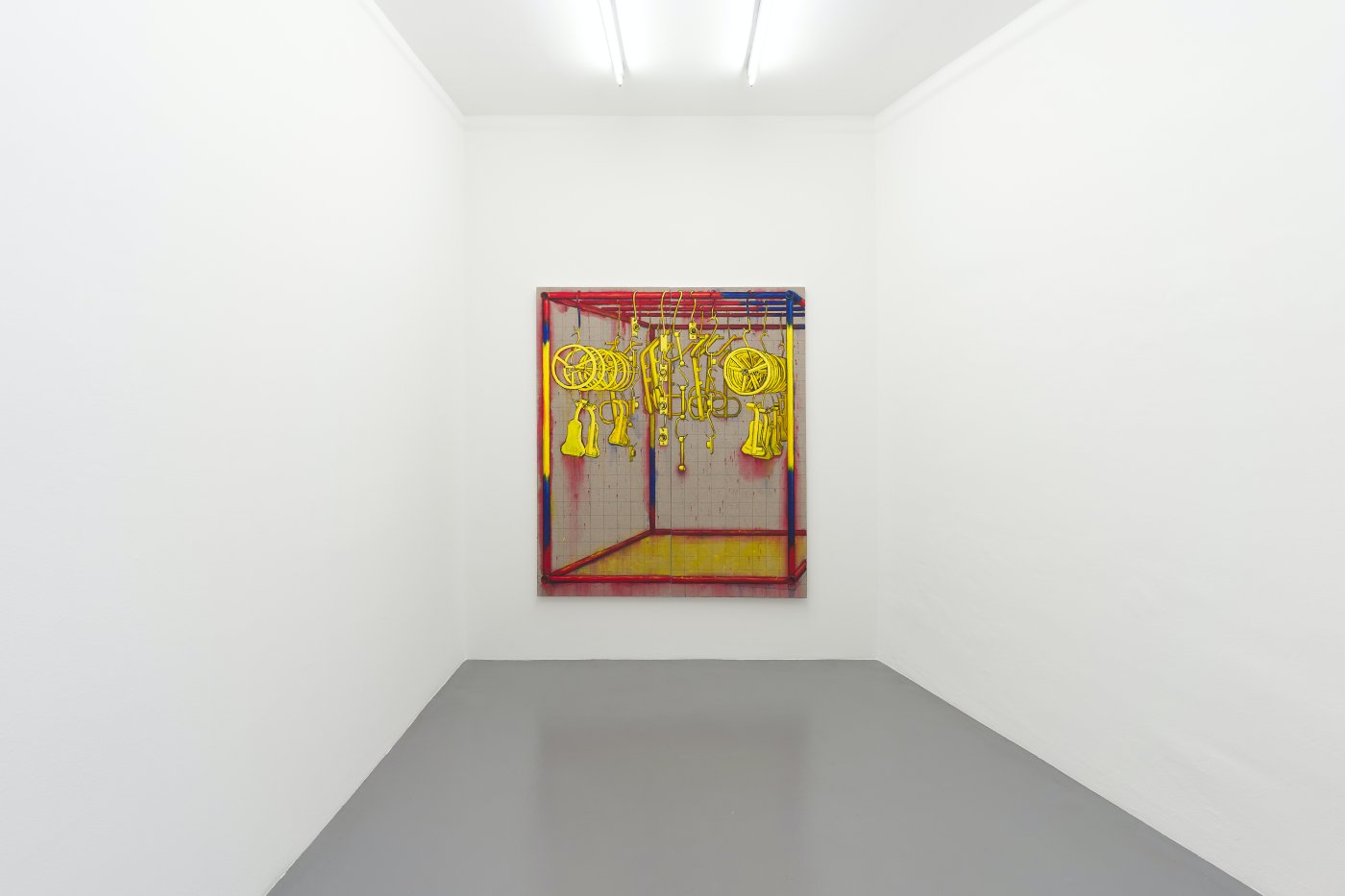 Zang Kunkun uses a variety of materials and objects that are often overlooked in day-to-day life, with the aim of altering our perception of the everday and framing it within new and even (global) political contexts. Cheap and cheerful things such as adverts for mobile phones, posters for a new shopping mall, US coins, styrofoam and discarded packaging are combined with creative elegance and intellectually complex ideas in order to reflect the reality we live in. The resultant transformation of an object into an artwork is a key aspect of Zang Kunkun’s oeuvre.

The new series Barnett Newman in Socialism and Mark Rothko in Socialism explore the concept of modern minimalist abstraction in the history of western art, referencing such notions as the sublime, which such leading proponents of American Abstract Expressionism as Newman and Rothko channeled in their work. In his latest works, Zang Kunkun addresses the themes of minimalisation and simplification, incorporating these into the context of China’s rapid and expansive urbanisation.

Both Barnett Newman in Socialism (VI) (2019) and Mark Rothko in Socialism (II) (2020) show public spaces in China with a modern waste sorting facility and billboards respectively. The actual objects bear a remarkable correlation to the colour schemes in the works of both Newman and Rothko. Zang Kunkun transposes this to an artistic level in its own right, while at the same time making a sarcastic observation on the similarity between the colours, proportions and pursuit of the sublime. The functions, however, are utterly contrasting: the long straight lines and short curved lines of the actual objects (trashcans, advertising posters) reflect the western aesthetic concepts of the Bauhaus. Yet these are the very aesthetics that have led to the purely functional and pragmatic design of capitalism and consumerism.

In this way, the new works reveal an inherent contradiction between interior and exterior: a beautiful outer shell, empty within. It is a metaphor that may well apply to the current situation in the world, for are these works that address capitalism, consumerism, value systems and modernity. Zang Kunkun’s approach may be interpreted as a sublimation of the mediocrity of life or as the conscious appropriation and scrutiny of western classics.

Zang Kunkun (*1986 in Qingdao, Shandong Province, China) lives and works in Beijing. His work was shown in a 2018 solo exhibition and in 2017 in the group exhibition Ian Anüll, Jacobo Castellano, Zang Kunkun at Mai 36 Galerie.