Steve Turner presents All Dogs Go 2 Heaven, a solo exhibition by Milwaukee-based Zachary Ochoa that features new paintings which add to the narrative that they introduced with their 2021 solo exhibition. 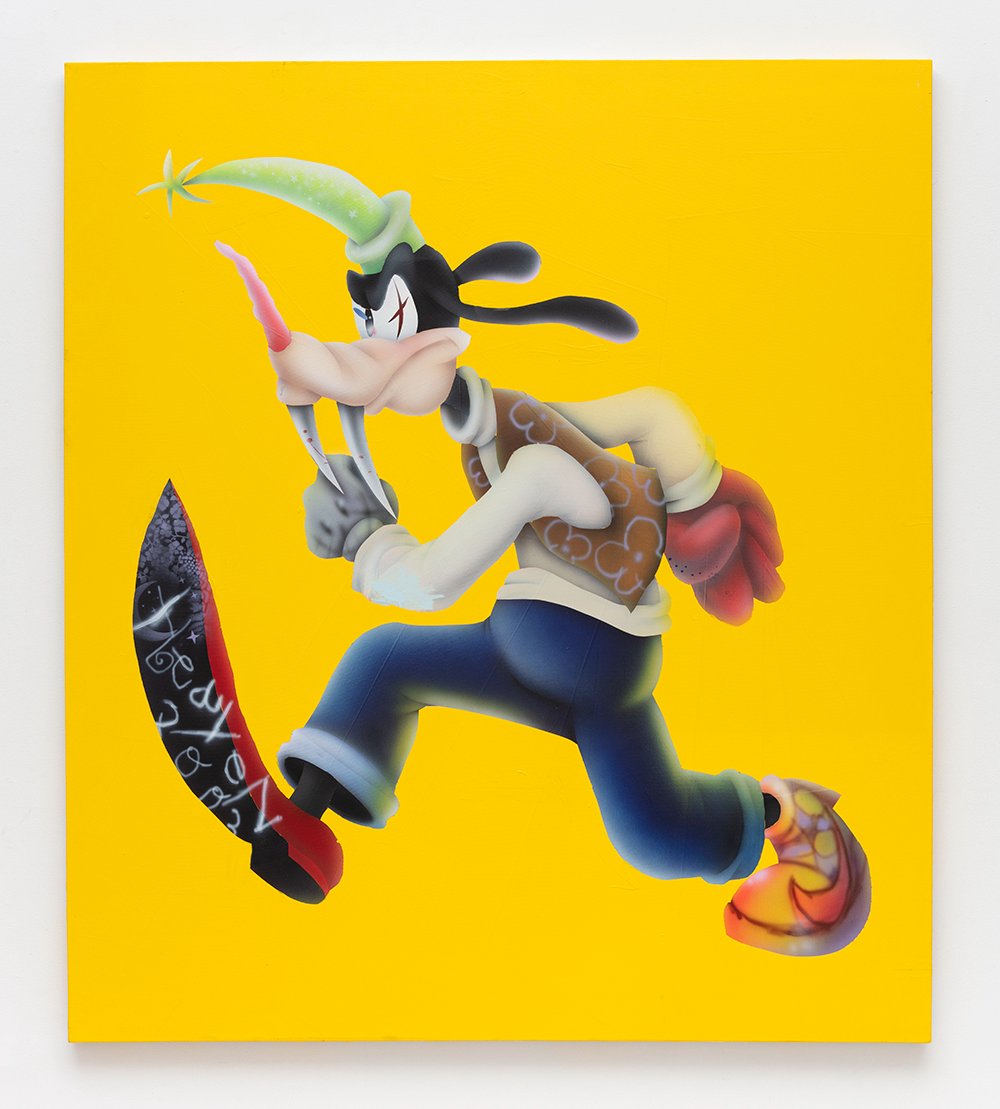 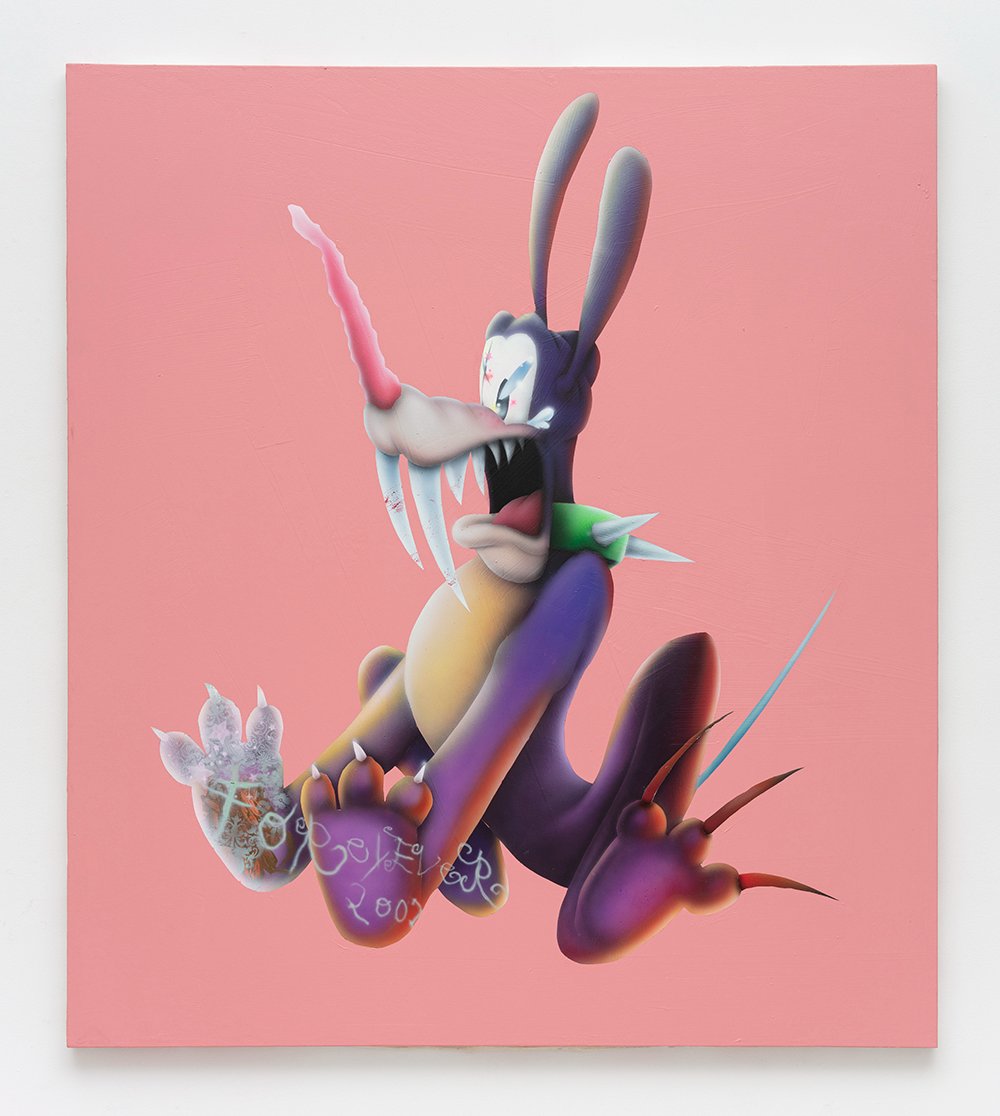 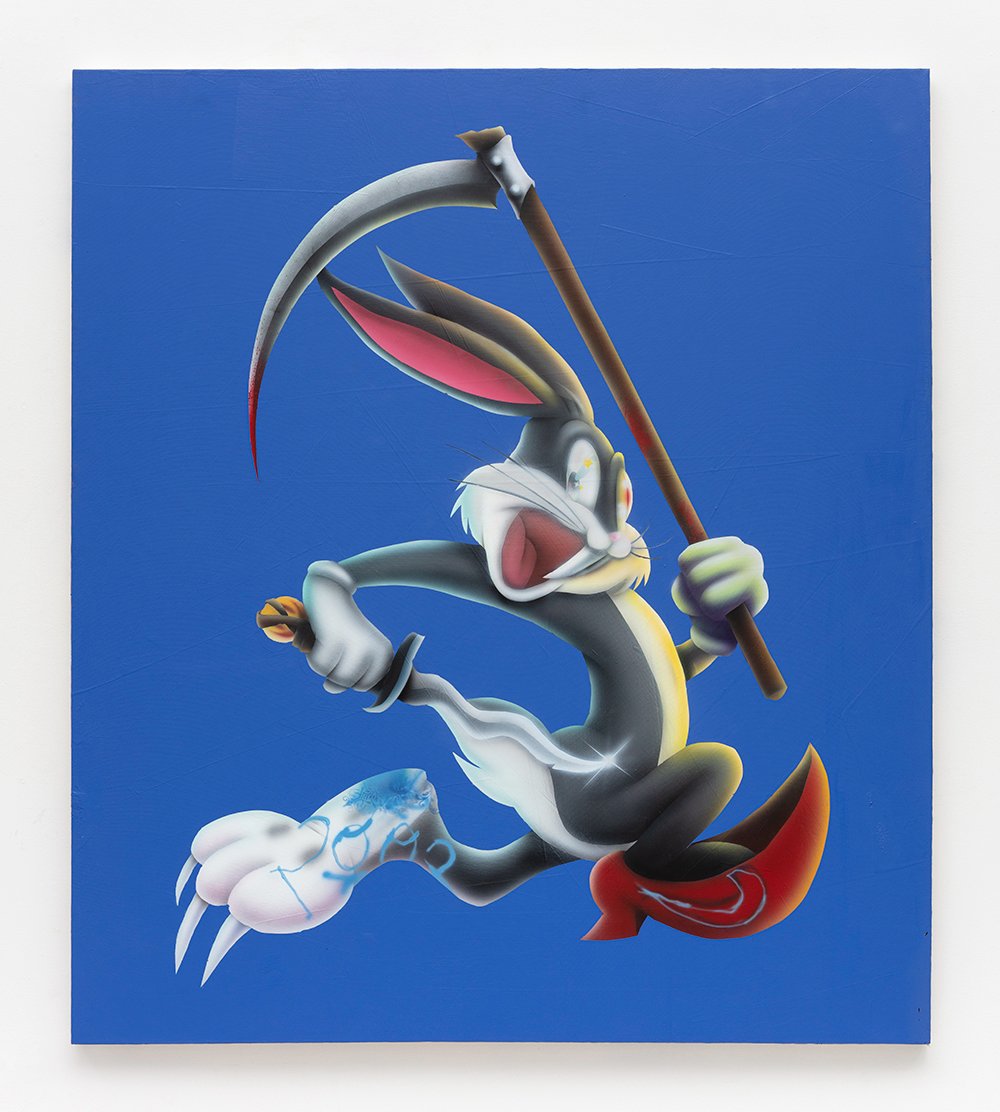 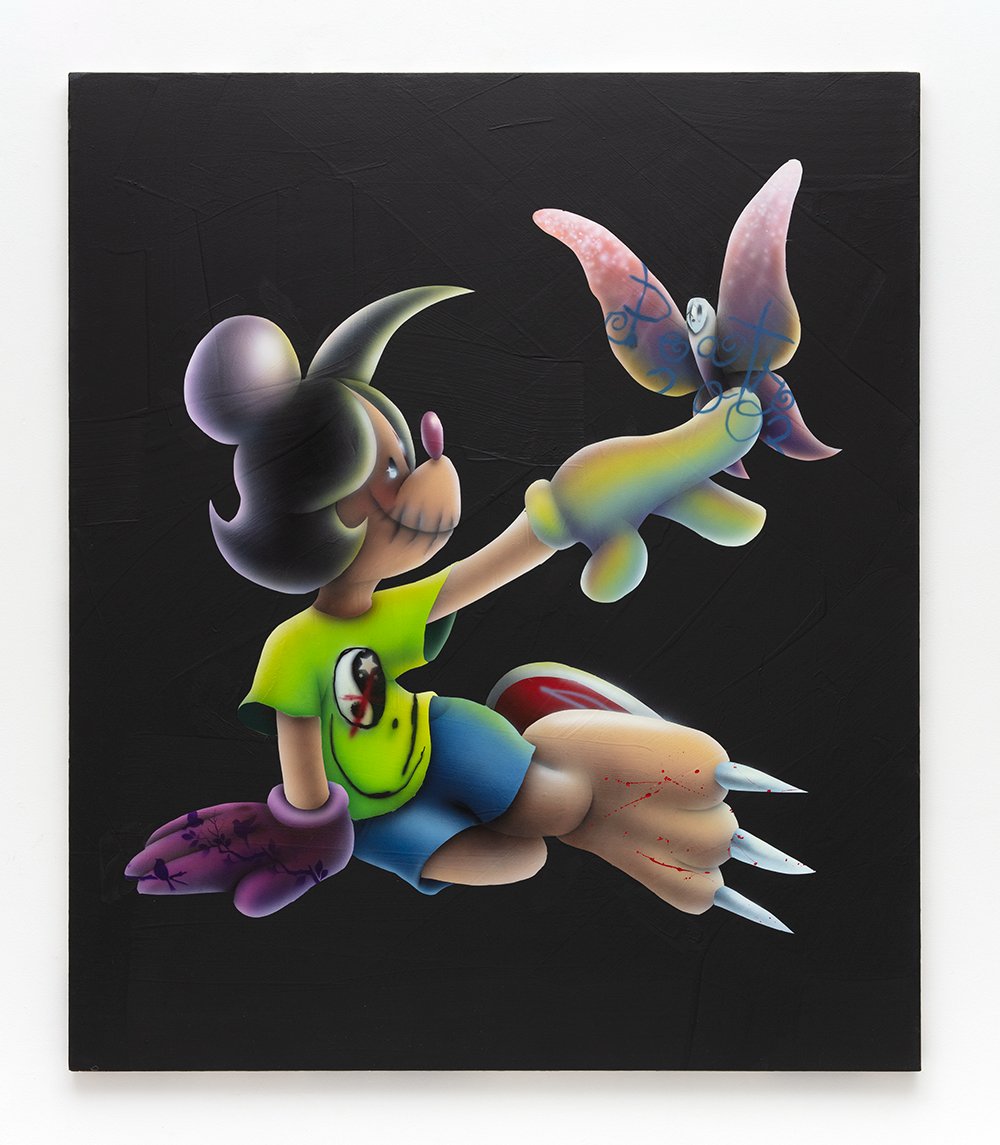 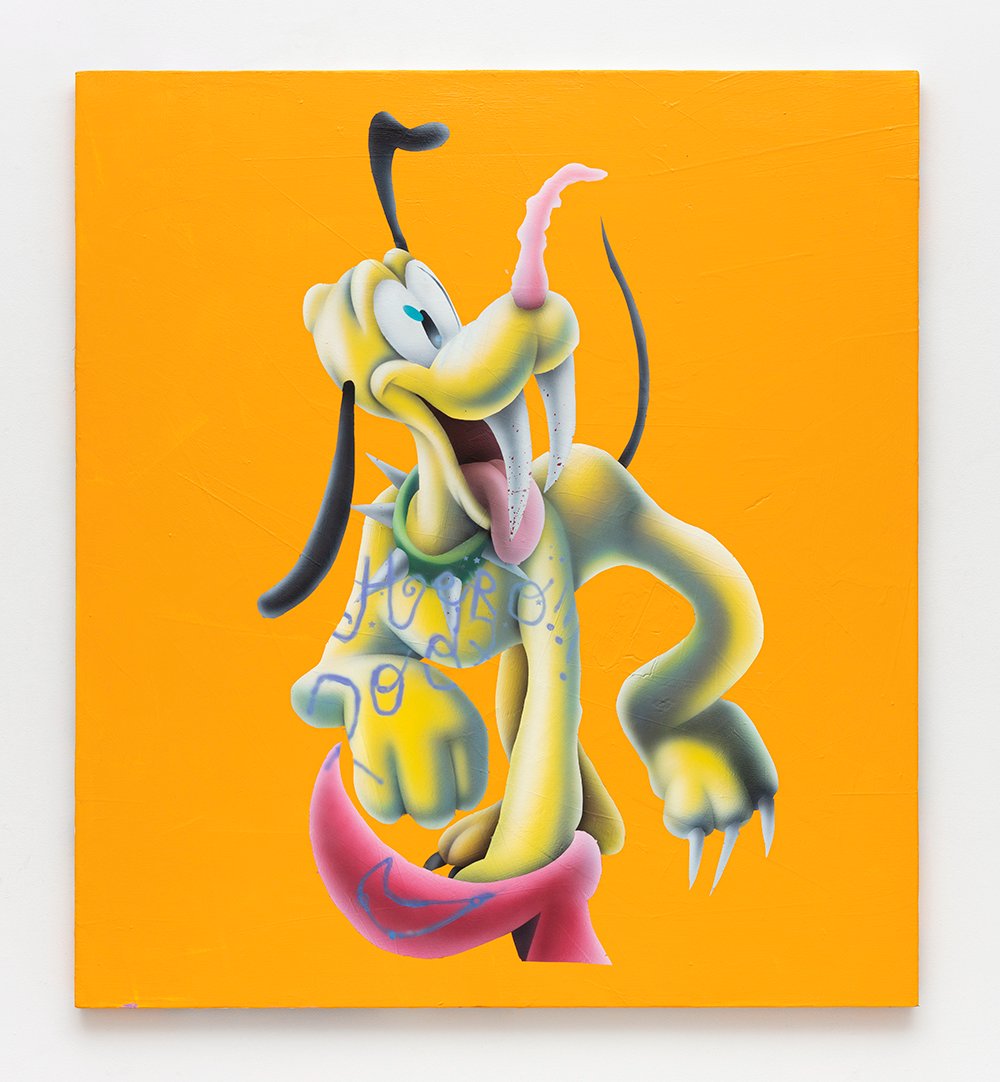 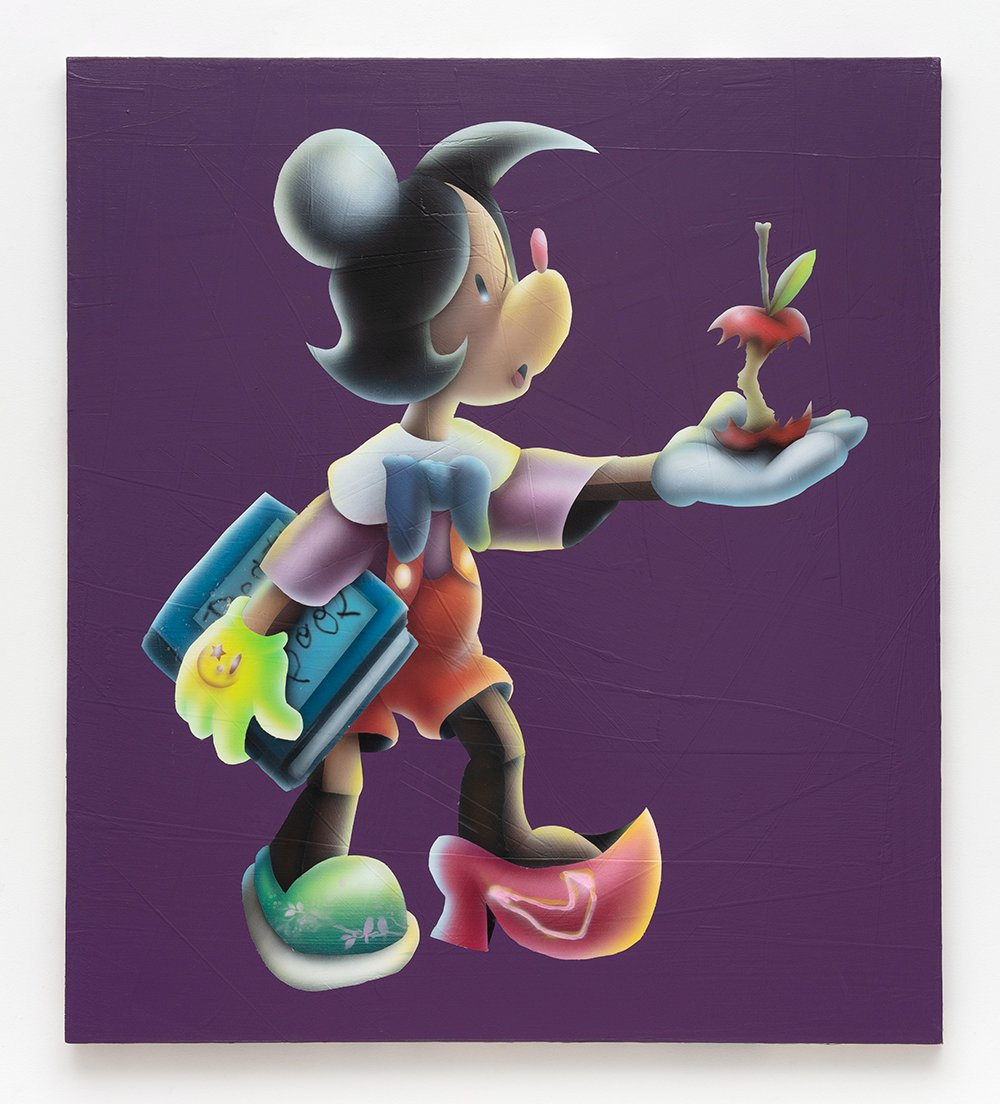 Zachary Ochoa
THE BOOK OF DEATH/GIRL OF ENLIGHTENMENT!!!, 2022 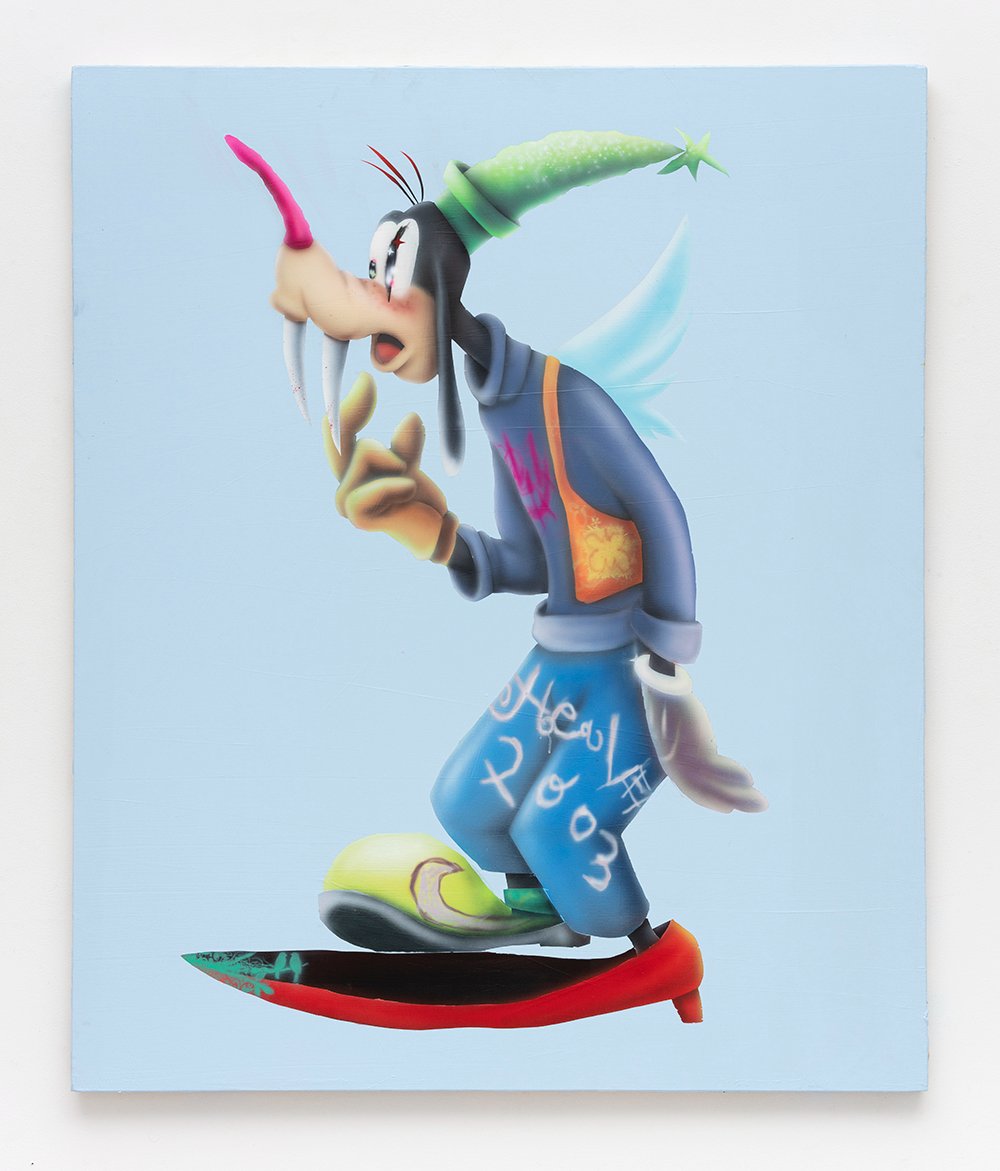 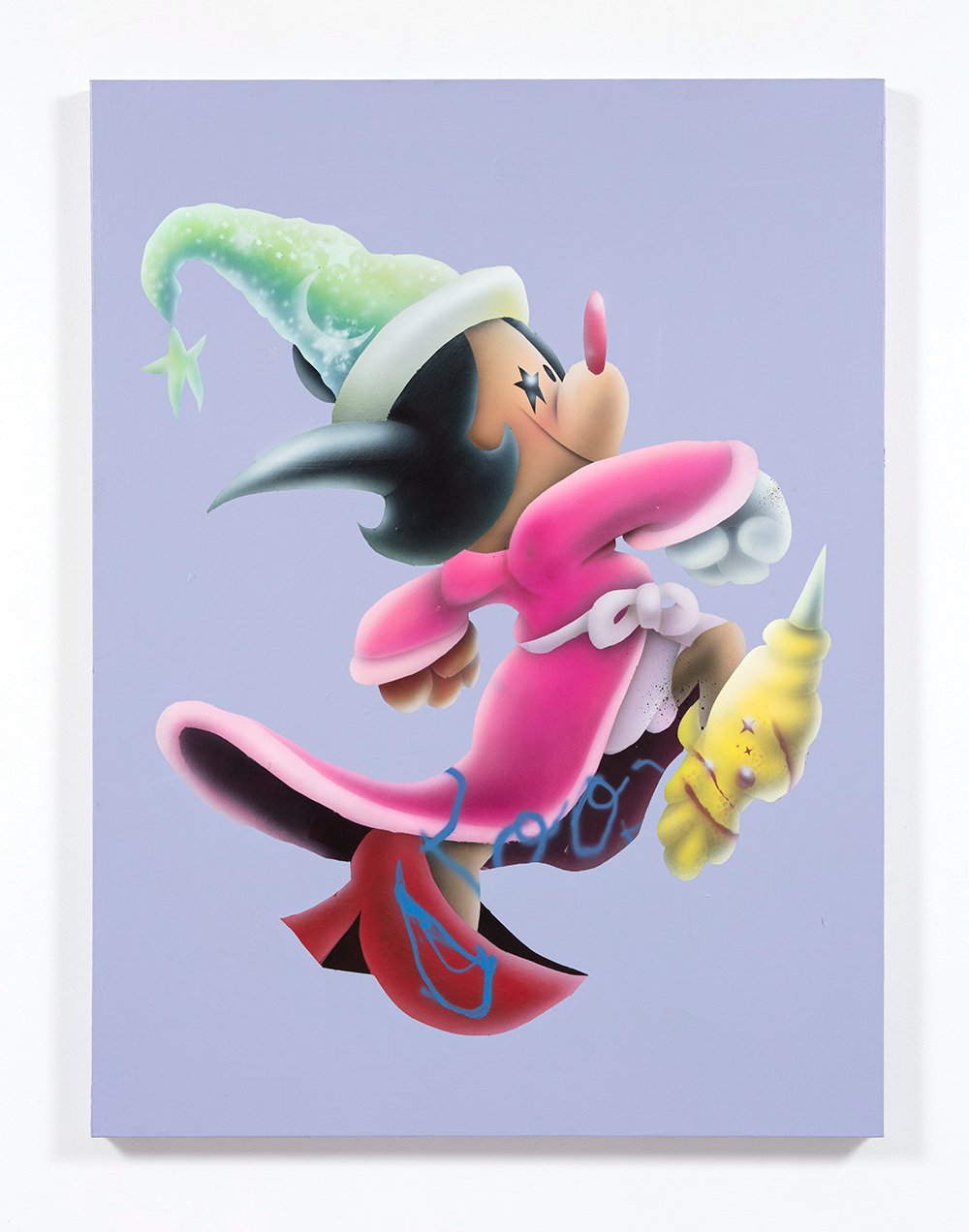 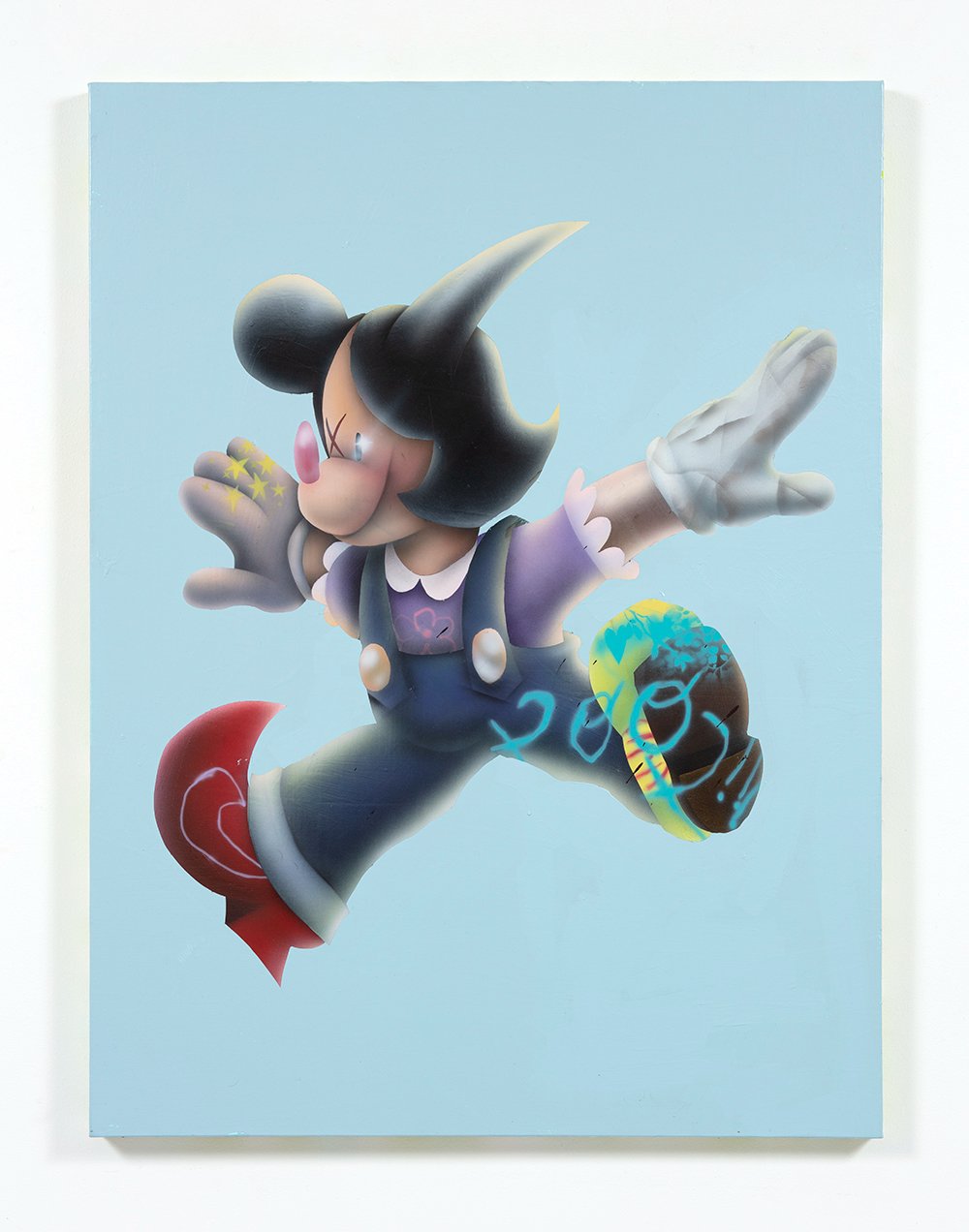 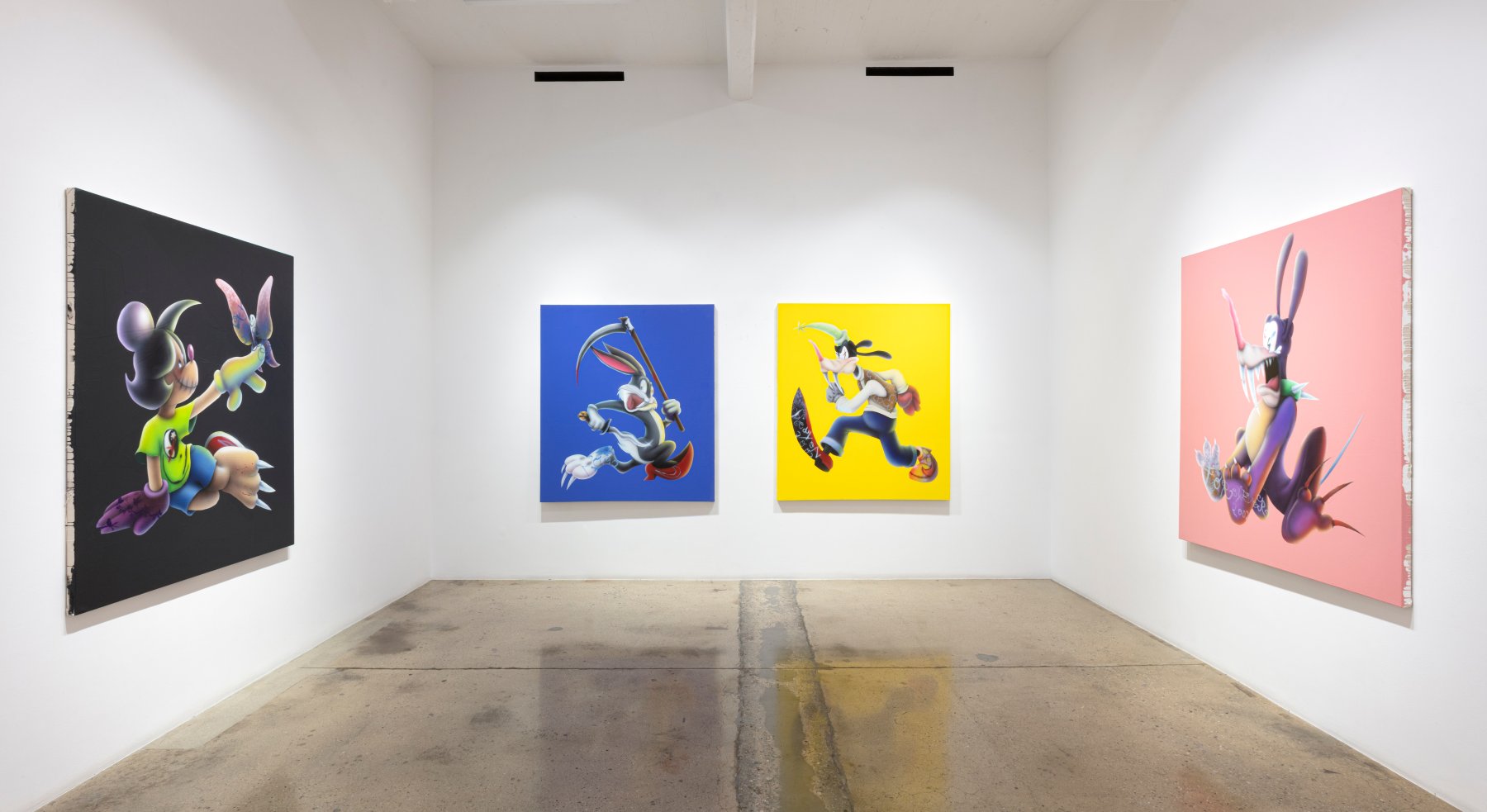 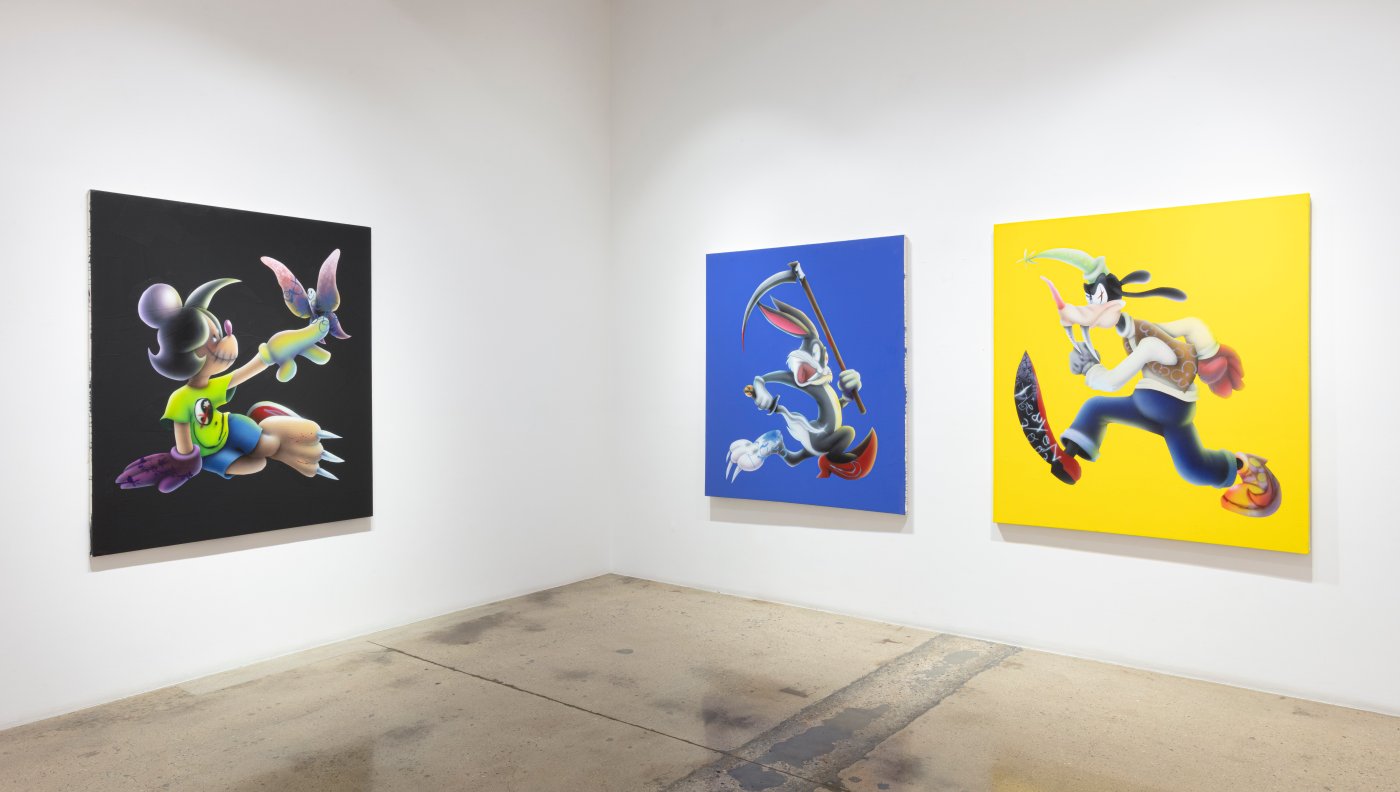 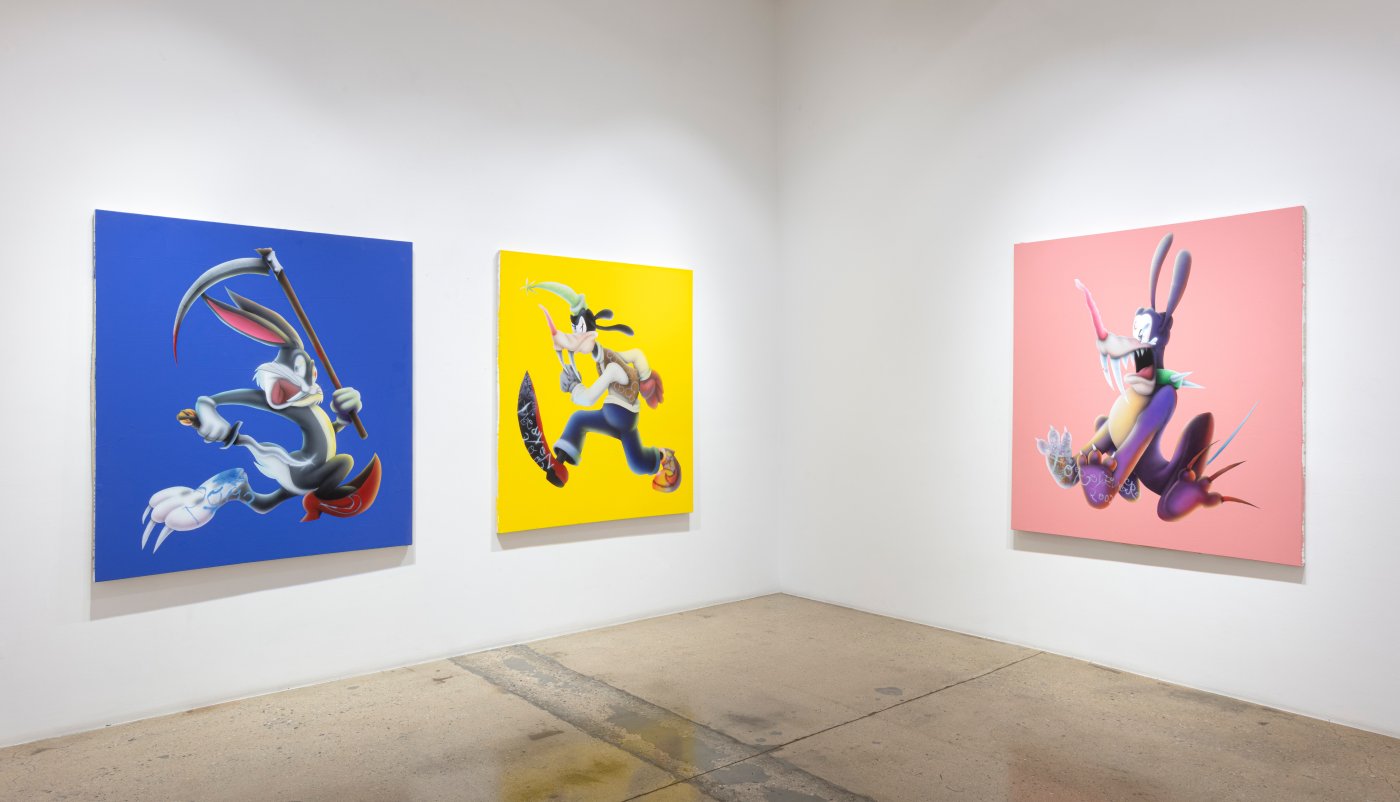 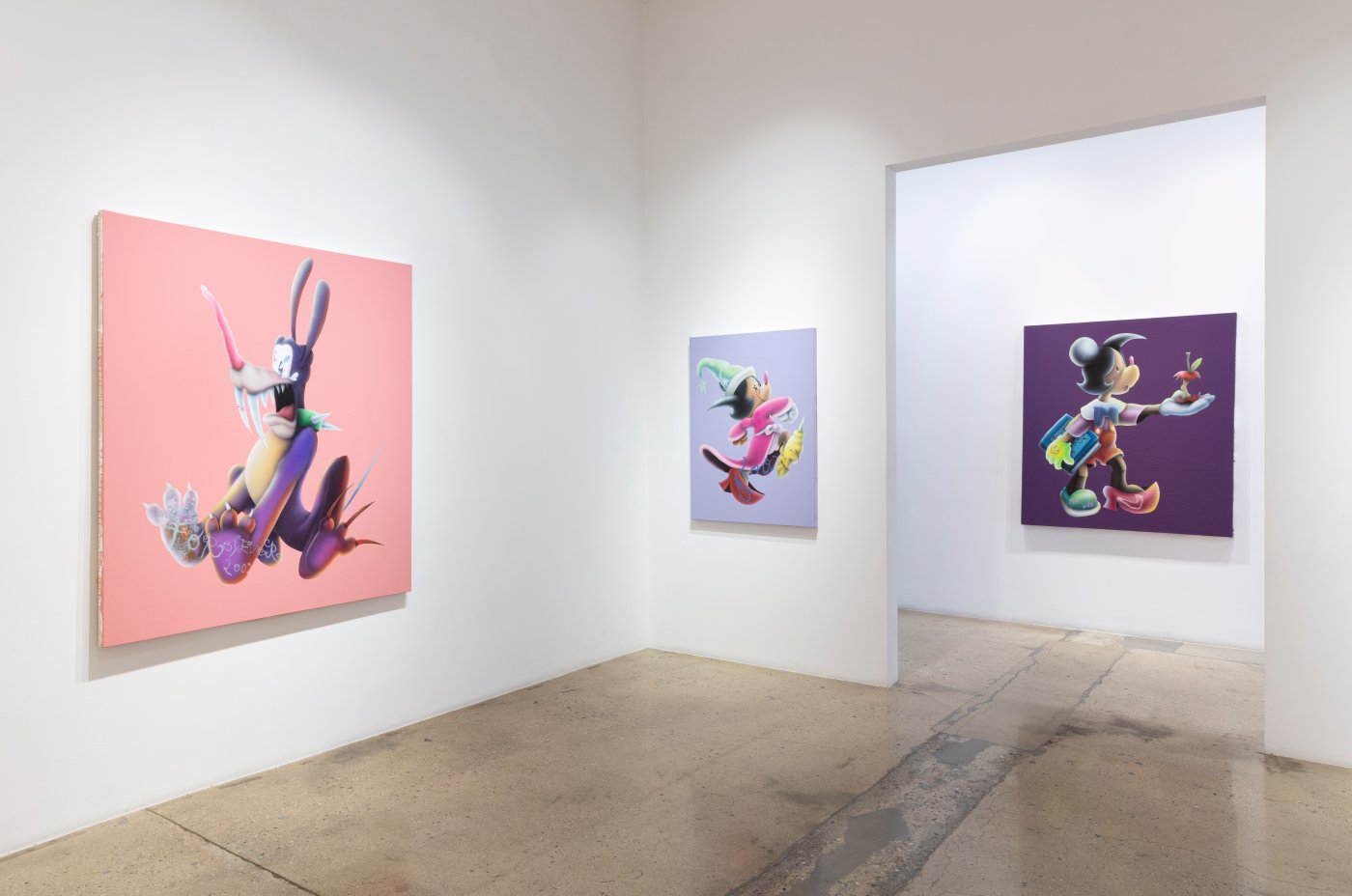 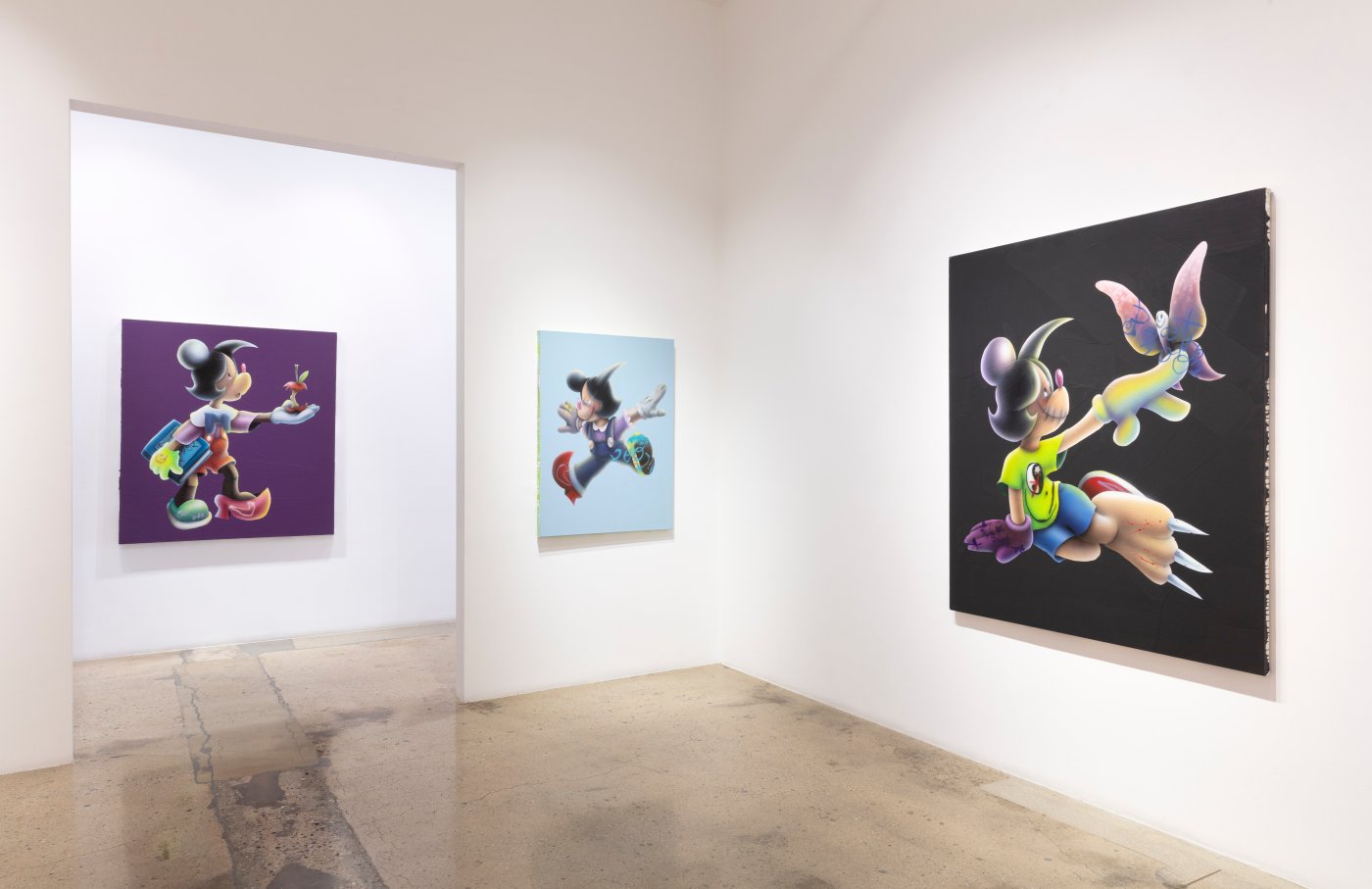 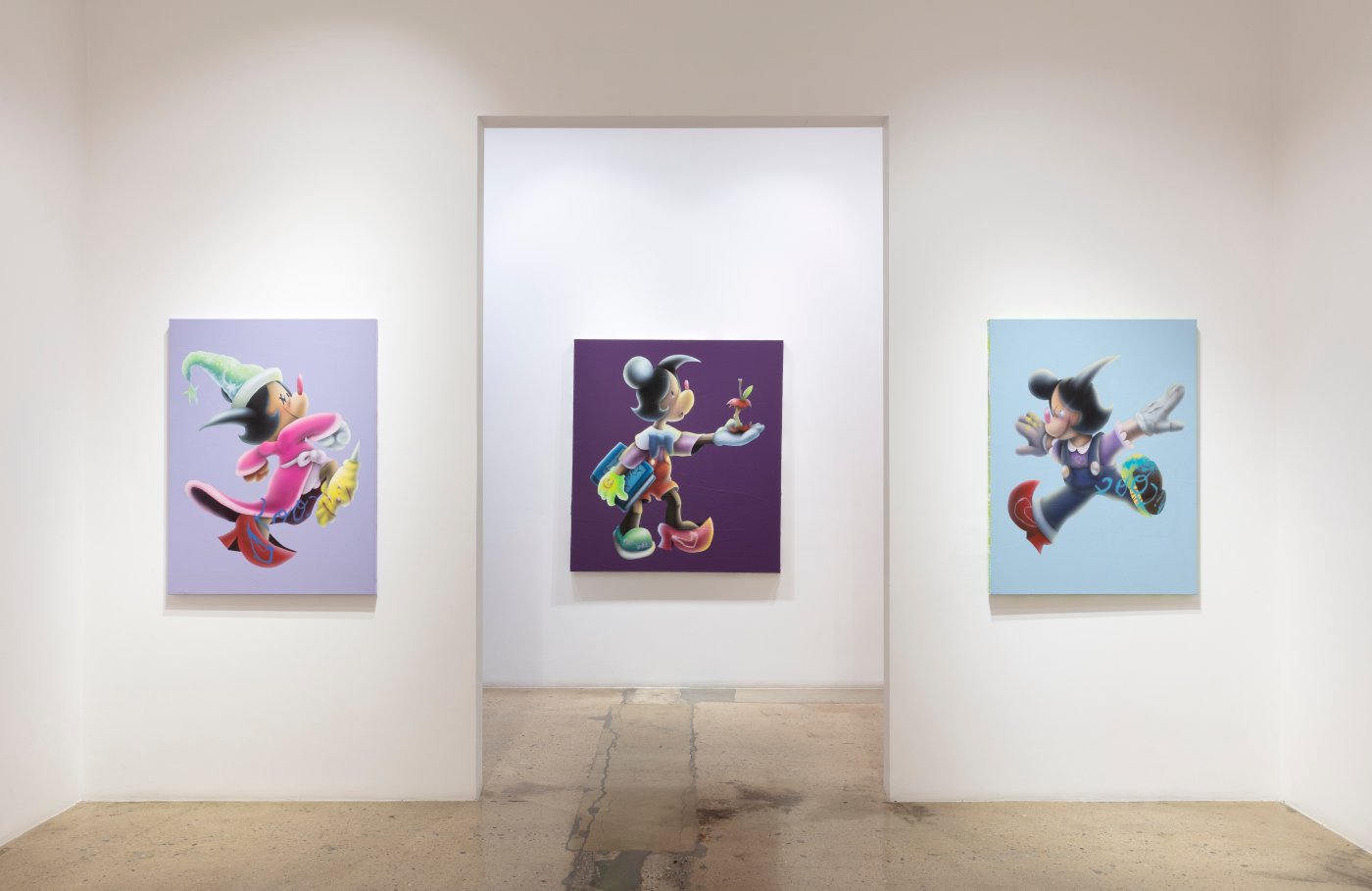 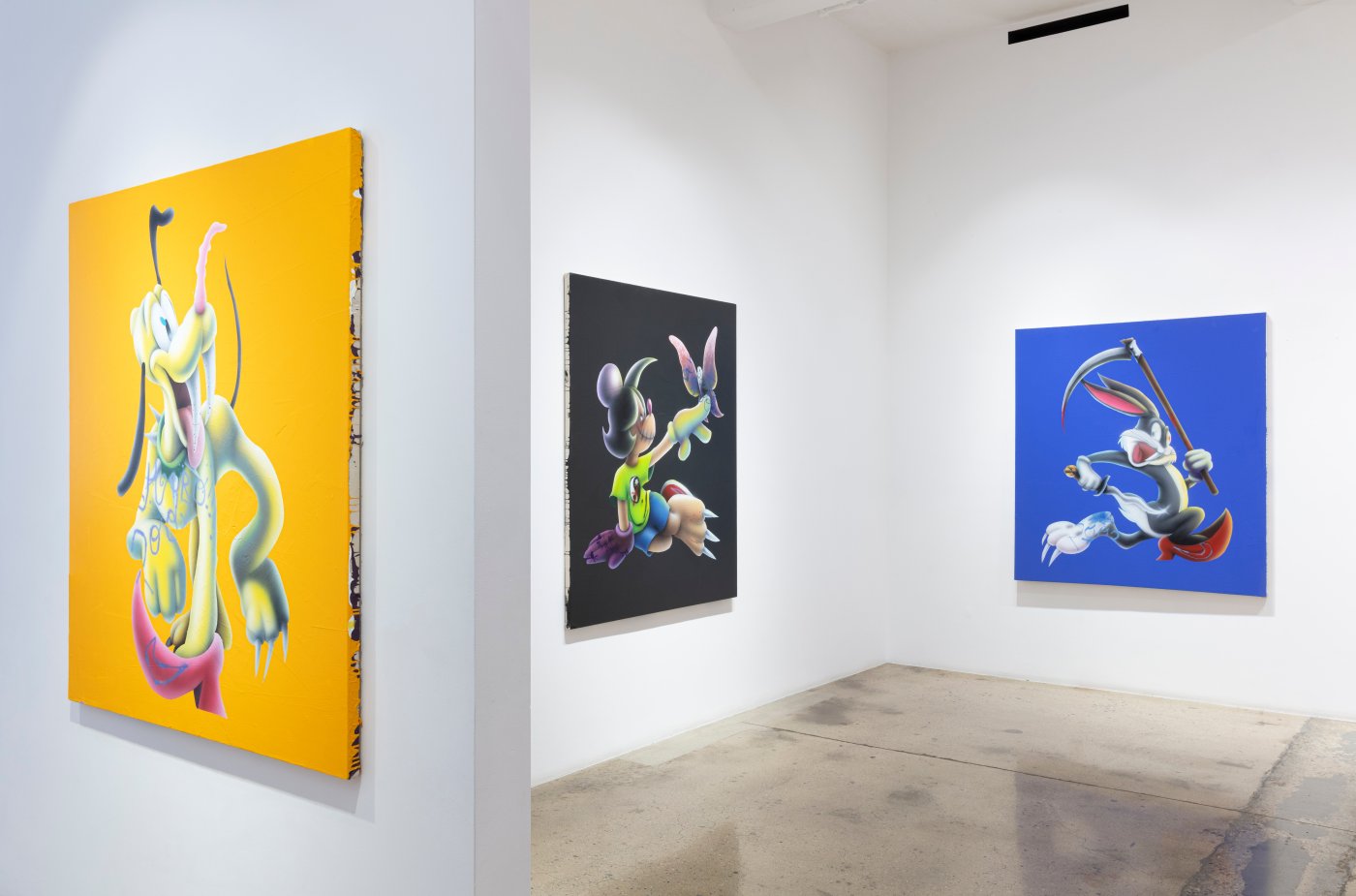 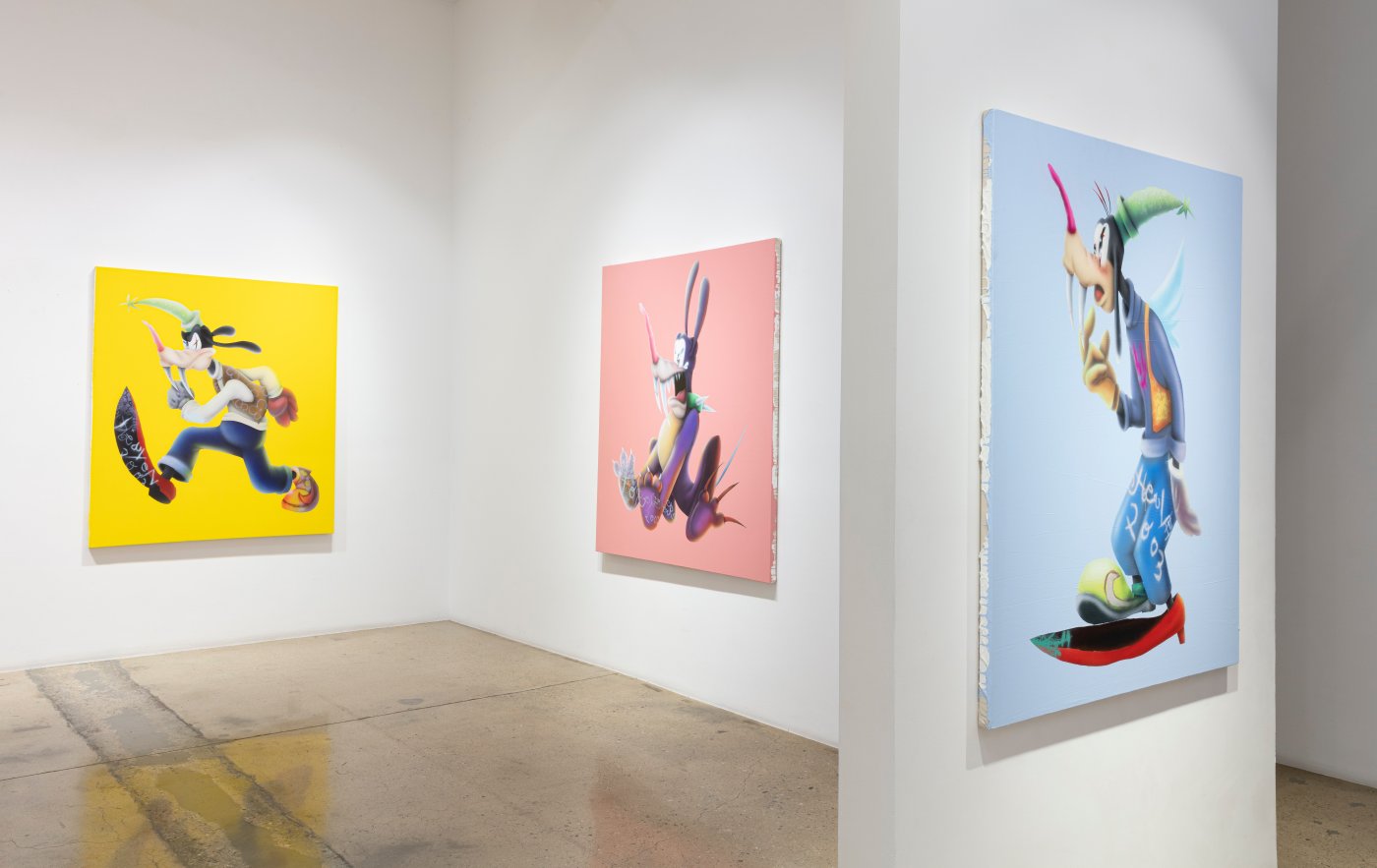 Where they previously depicted Girl Hero, the artist’s invented protaganist, with an array of urns, swords and other weapons bearing symbols from tarot cards, graffiti and tattoo art, they have now created new characters, familiar and iconic, yet also marked by their resemblance to Girl Hero. It is as though Girl Hero has produced offspring with Mickey Mouse, Bugs Bunny, Pluto, Goofy and Pinochio. While weaponry is largely absent, the symbols from tarot remain. The paintings combine thickly painted brushstrokes that have been overpainted with solid background colors within which float Ochoa’s precisely articulated airbrushed figures. The contrast suggests a buried history from which the new characters have emerged. According to Ochoa, this represents the evolution of their narrative as the new characters seek to abandon anger and violence in favor of love and self-acceptance.

Zachary Ochoa (born 1998, Aurora, Illinois) earned a BFA from the Milwaukee Institute of Art and Design (2020). They had a solo exhibition with Steve Turner, Los Angeles (2021) and have had works included in group exhibitions at Spring Break, New York (2021) and Woaw, Hong Kong (2022). Ochoa creates paintings to explore their trans femme and Afro Latino identity.