Time Team, a solo exhibition by Newcastle-based artist Luke McCreadie, addresses the purpose of objects and the fluidity of interpretation through a multifaceted sculptural environment. 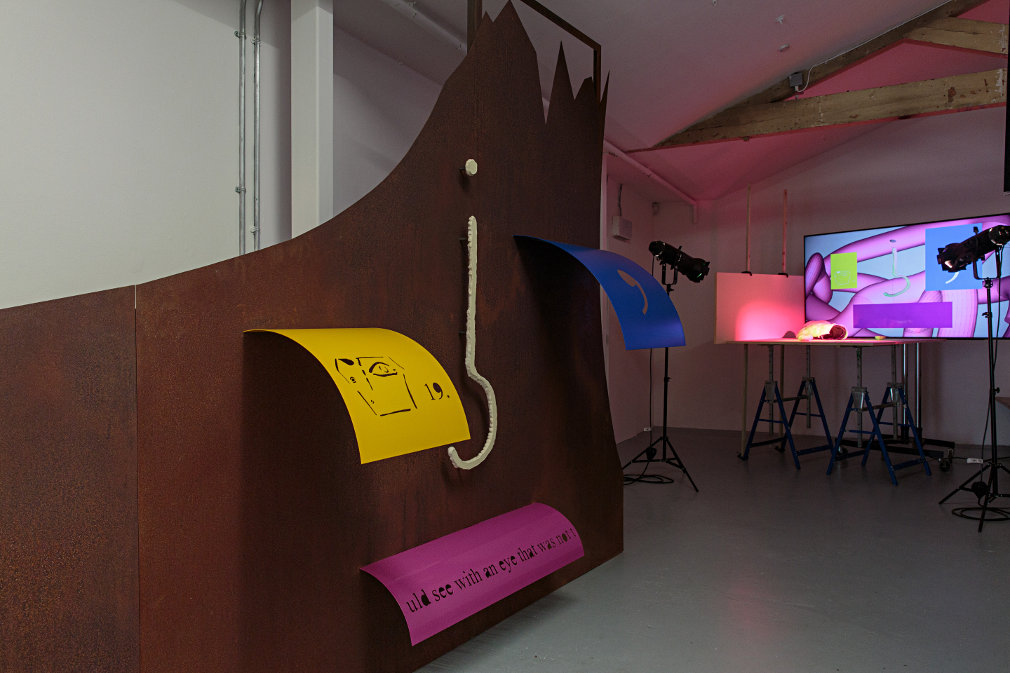 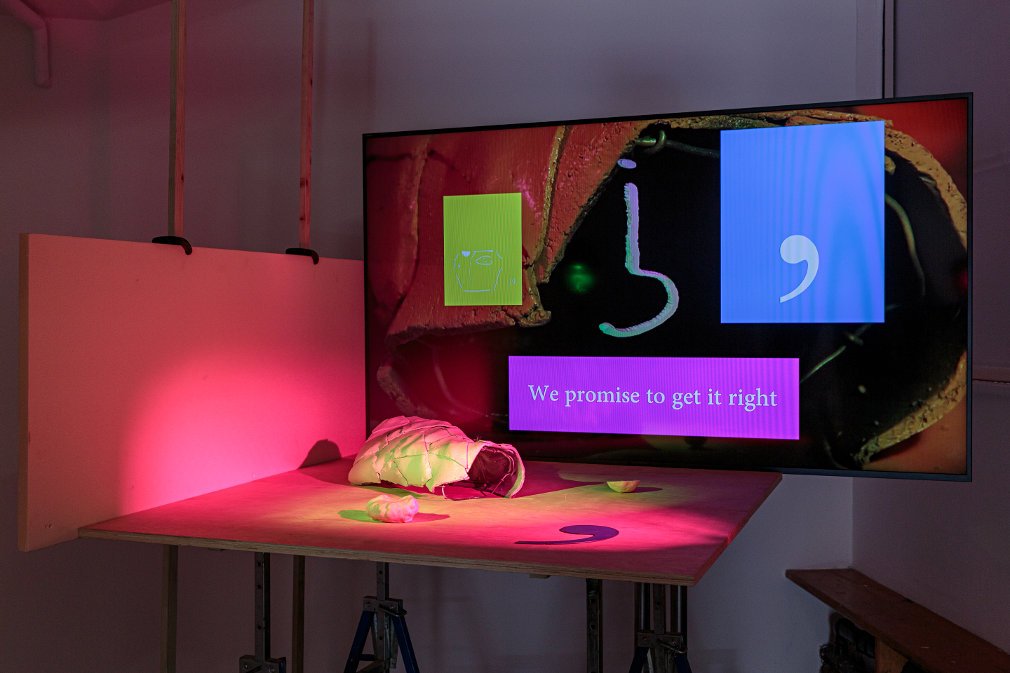 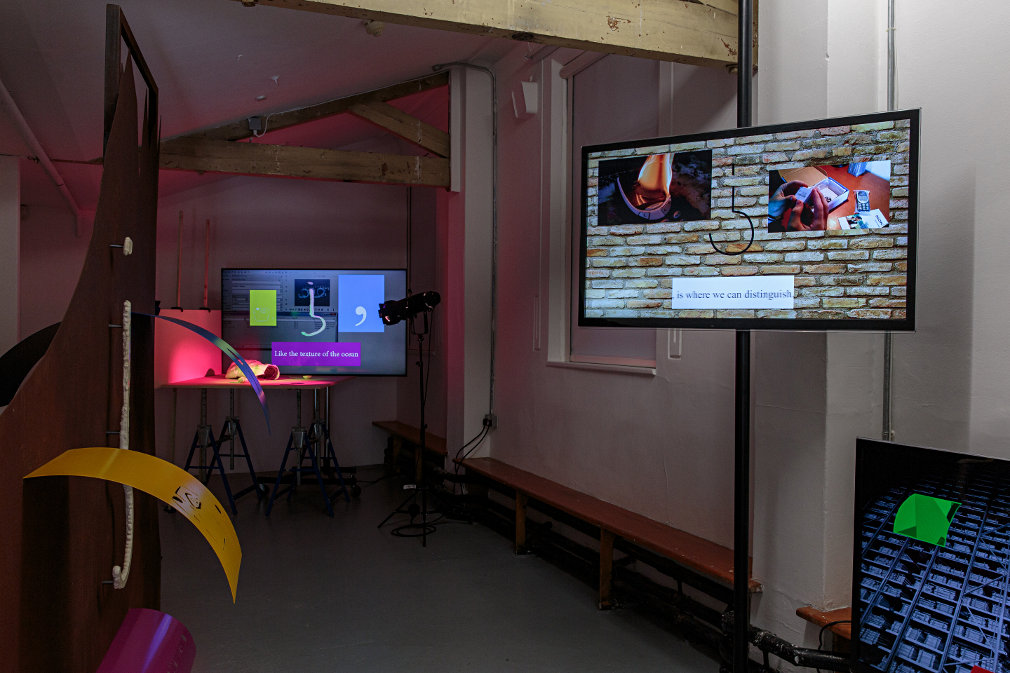 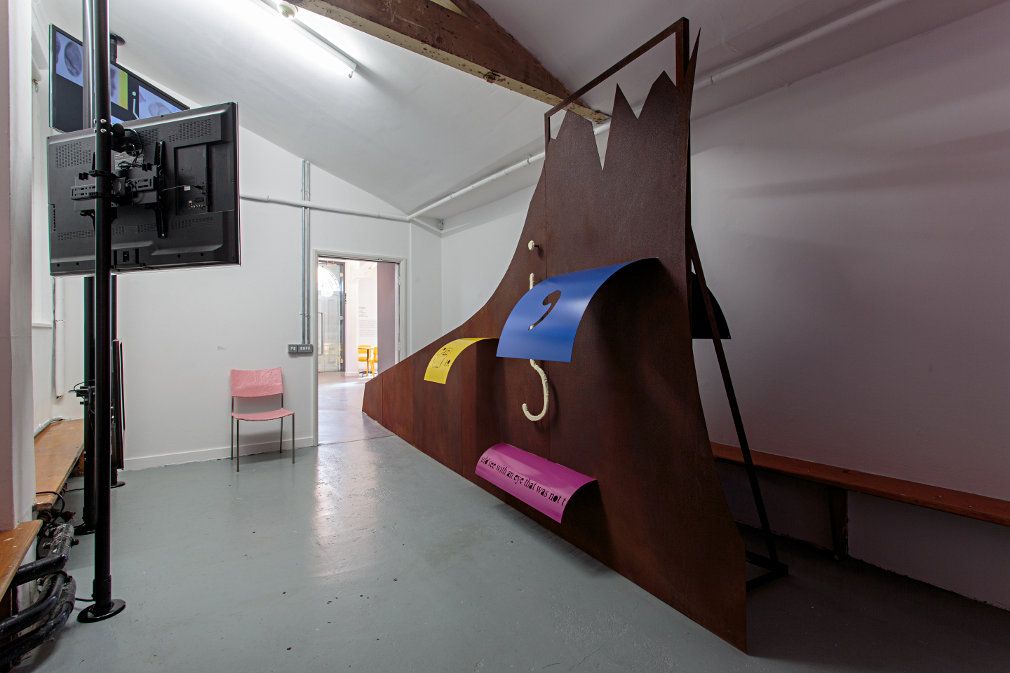 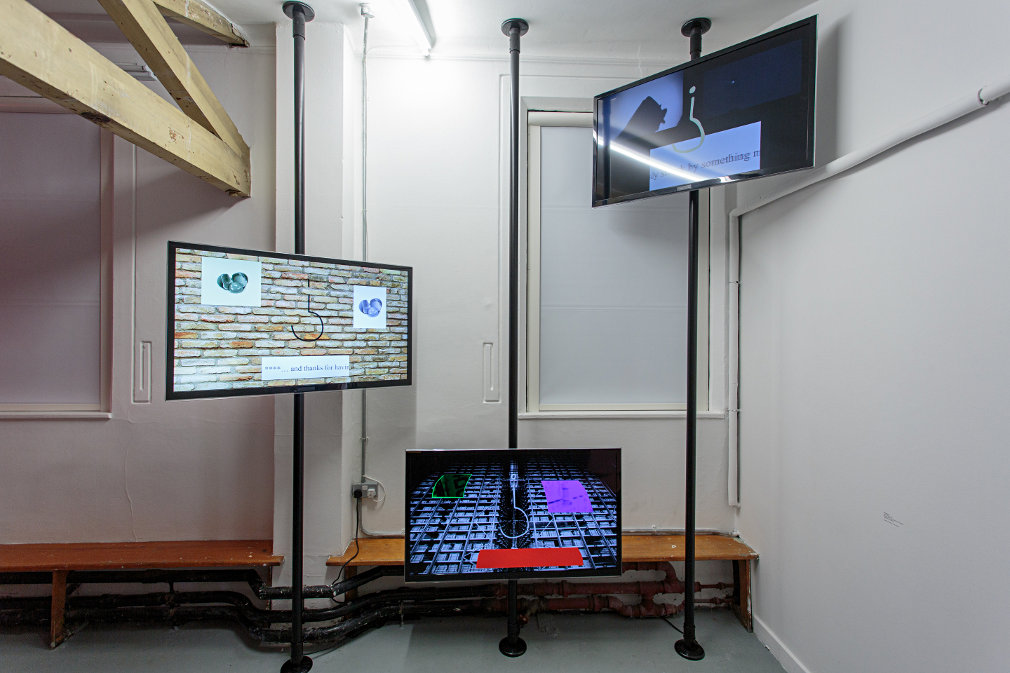 Combining new and recent video works in a site-specific installation, McCreadie considers how the transformation of language between varying contexts creates slippages in meaning and understanding.

The title refers to the popular Channel 4 archaeological series that reconstructs a picture of the past through the accumulation of artefacts and expert analysis. In new video Can these words reach into that darkness? McCreadie explores the idea of assembling a whole from fragments, using SketchUp models, found images, lyrics and music. He proposes that artefacts that have lain dormant for millennia suddenly have interpretation applied to them when discovered, while in contrast, objects of contemporary art come into the world laden with meanings, both intended and unintended. For McCreadie, objects in both instances share a desire to return to the soil.

The way objects and ideas are archived, both by institutions and personally by individuals, is a recurring topic in McCreadie’s work and he has responded to the contents of the Zabludowicz Collection by referencing sculptures by Austrian artist Franz West (1947–2012). McCreadie’s fascination with West emerges from thinking about the tension between the solid surface and uncharted insides of an object, building or body, and it continues his recent use of iconic artists’ work from other archives, including Lucian Freud and Henry Moore.

In Time Team a new sculptural metal wall in the shape of a broken, italic letter ‘I ‘ diagonally bisects the gallery space, poking its ‘nose’ out into the café. It is accompanied by three recent videos; A lecture to a letter, A lecture to an egg and A lecture to an archive (all 2016). These feature texts written by McCreadie which appear to be transcriptions of live lectures, complete with awkward pauses and false starts, and ranging from philosophical musings to absurdist anecdotes. McCreadie brings together the process of making, viewing and interpretation in an unsteady but engaging space.