Invites: Beth Kettel: The Mist Of A Pessimist

Invites: Beth Kettel: The Mist Of A Pessimist


Working with text, video, costume, sound and sculpture Beth Kettel produces performances and installations that prod and stretch language; its meaning and its feeling. 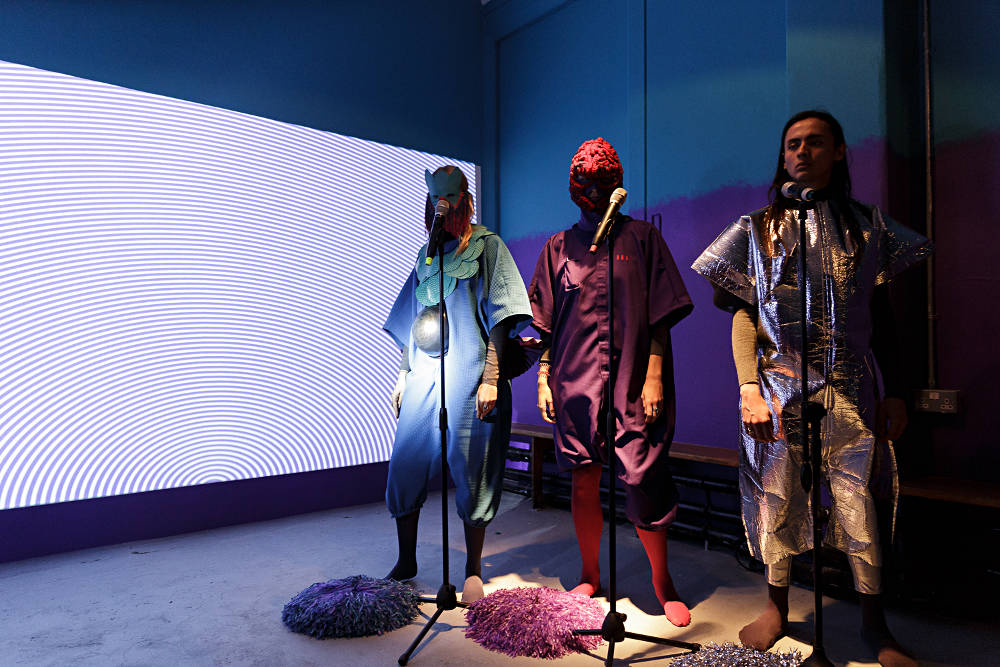 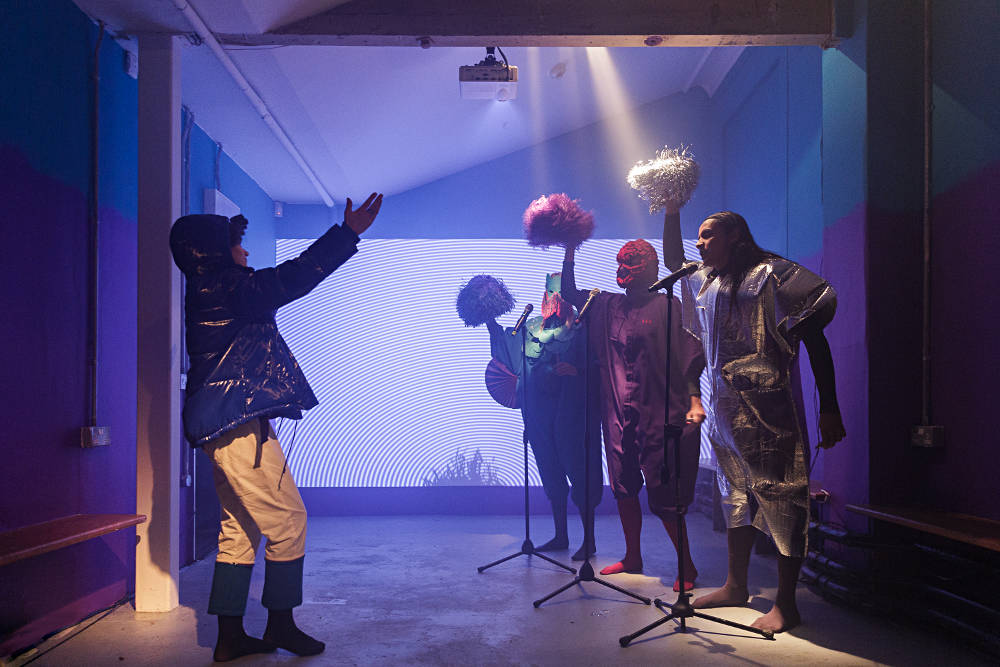 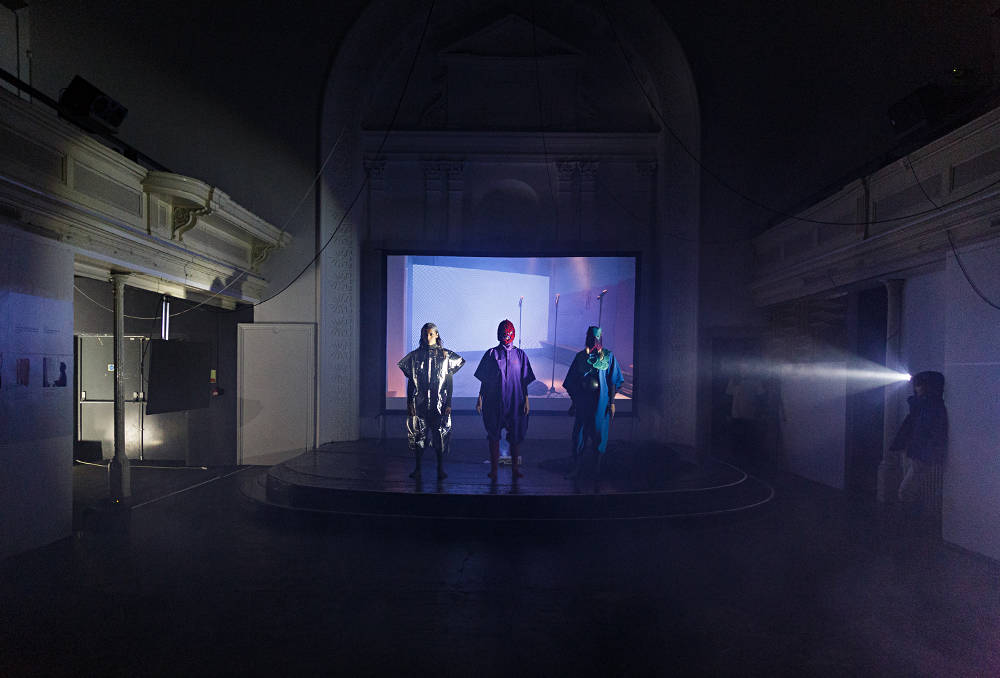 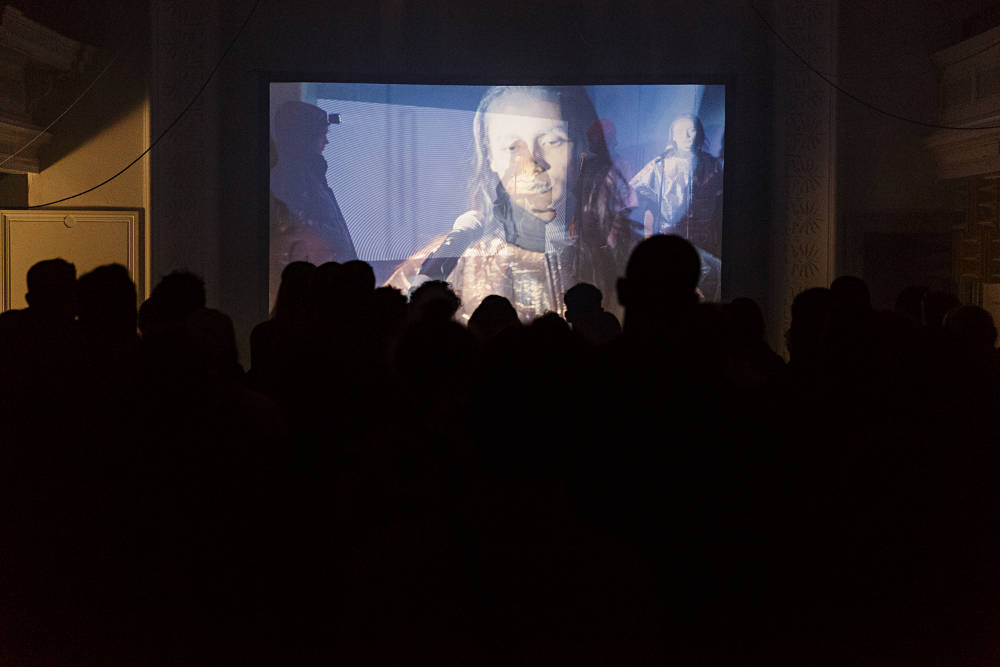 Kettel presents a new performance grounded in an experimental text, continuing her series using and misusing elements of game shows. The Mist of a Pessimist borrows from rounds and sounds to structure the work: catchphrases as narrative hooks, contestants as characters, a colour palette setting the scene, and The Host, assistants and an omniscient voice-over offering multiple voices. Presented on the opening night, this performance will be videorecorded and subsequently projected in the Invites gallery alongside props and costumes, forming the exhibition installation.

Our very own (omniscient voice-over) Graham leads the narrative, talking about the three contestants/characters – An Animal, A Human and A Machine – as they stand wondering what to do with their wandering hands (don’t worry they will be put to use). Through common game show binaries such as body/brain, abstract/concrete, silly/serious, simple/cryptic, colourful/dark, Graham explores a series of disparate ideas. Meaning shifts and spreads contagiously across all elements of the work, as the characters, costume, gesture, sound and colour alter as the performance develops.

Central to the narrative is the characters’ shape-shifting potential, individually and collectively. The Animal’s camouflage for example, especially the octopus’ nice little play with body/brain as it changes colour with a changing mood. Over to the Human, whose inner experience and monologue shape-shifts constantly with changing emotions. Over to the Machine who moves between multiple simple/cryptic guises: in phones, in walls as smart technology, as embodied AI and advanced robotics. And finally the spotlight falls on the relationships involving all three contestants, where things get a bit silly/serious in relation to Animal, Human and Machine: evolution, selective breeding, genetic engineering, hybridity, bloodstream nanotechnology and microchip implants.

The Mist of a Pessimist brings together words, gestures, costume, objects and sound to form a polyphony or cacophony or just … a phony collection of stuff and questions that are themselves questioned. The voice at the heart of it can’t necessarily be trusted (Graham, what have you been up to?). As the relationships between the natural/unnatural cohabitants are considered, an uninvited mystery guest arrives, the true shape-shifter, sharing common ground and dark secrets with all three of the characters/contestants. 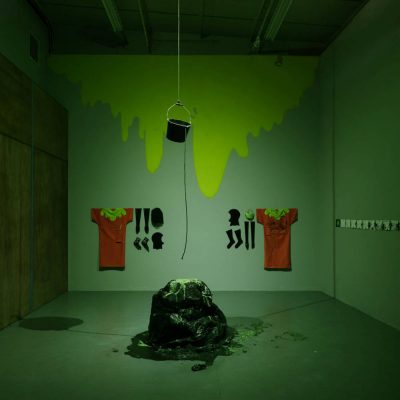