For Plop Shop, Munks, a keen angler and artist, has made a series of photographs in which he has caught various coarse fish, dressed them in tiny hats and home-made wigs and photographed them underwater using a scuba camera. 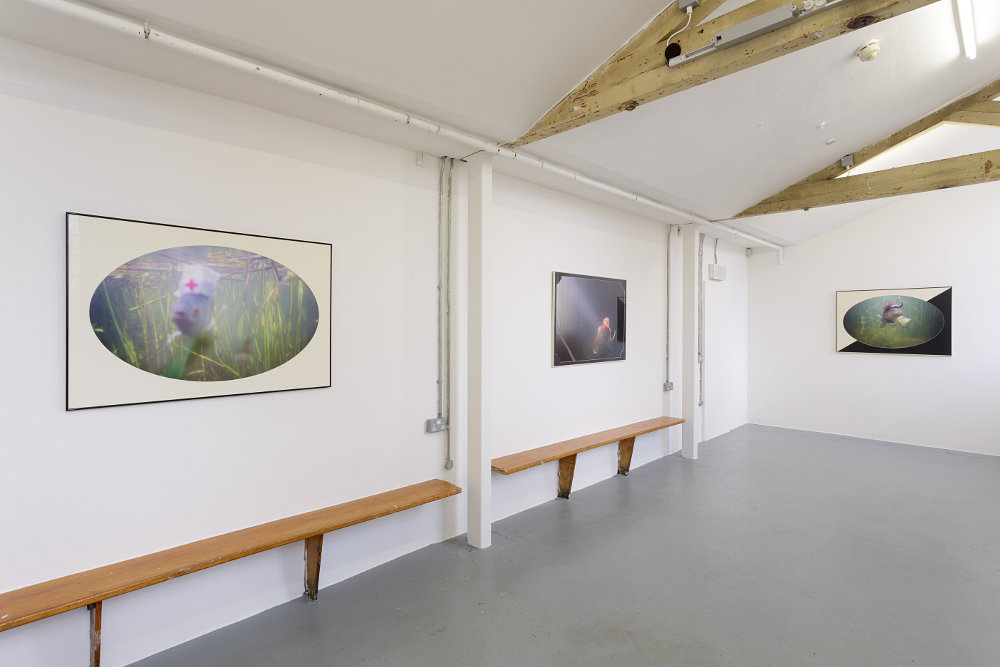 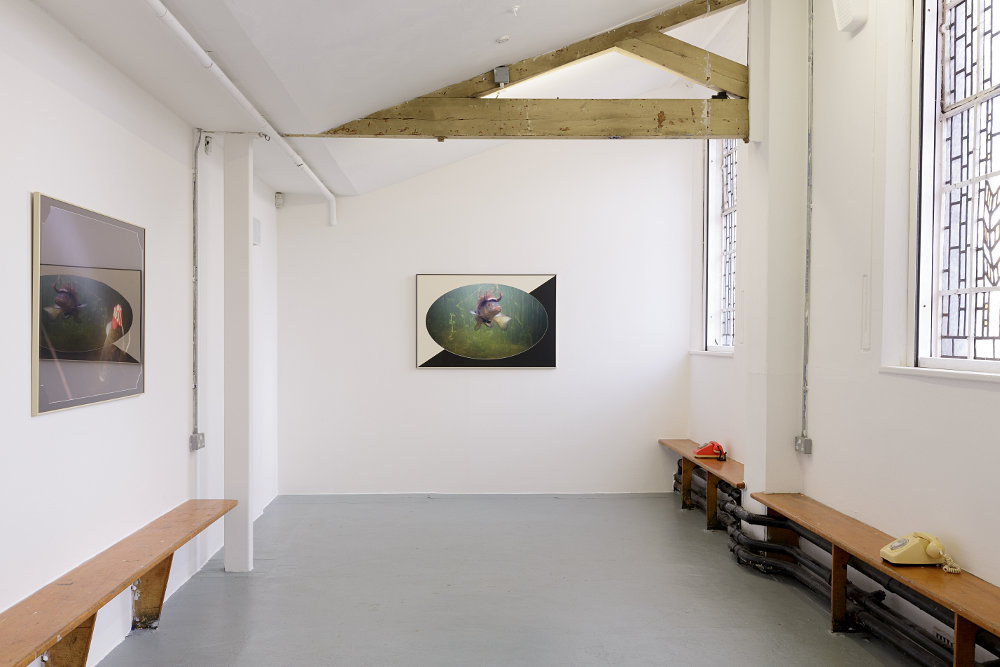 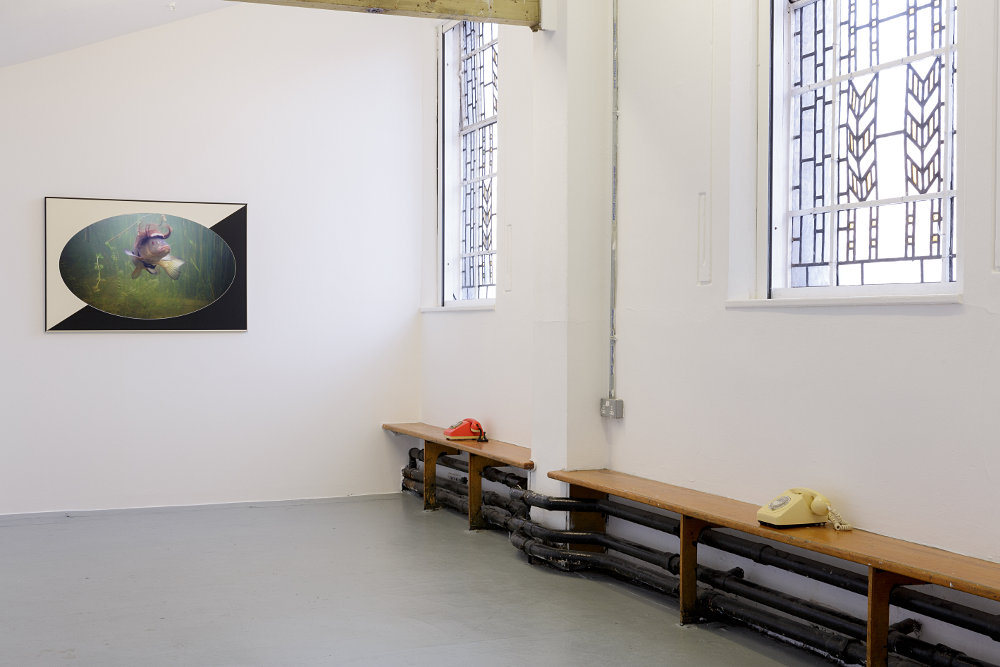 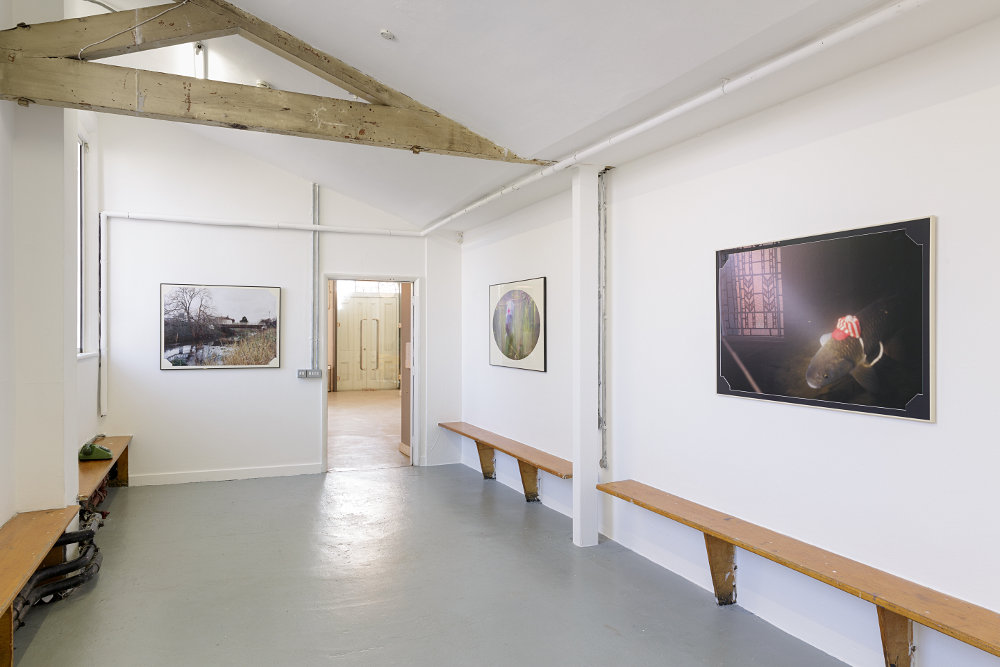 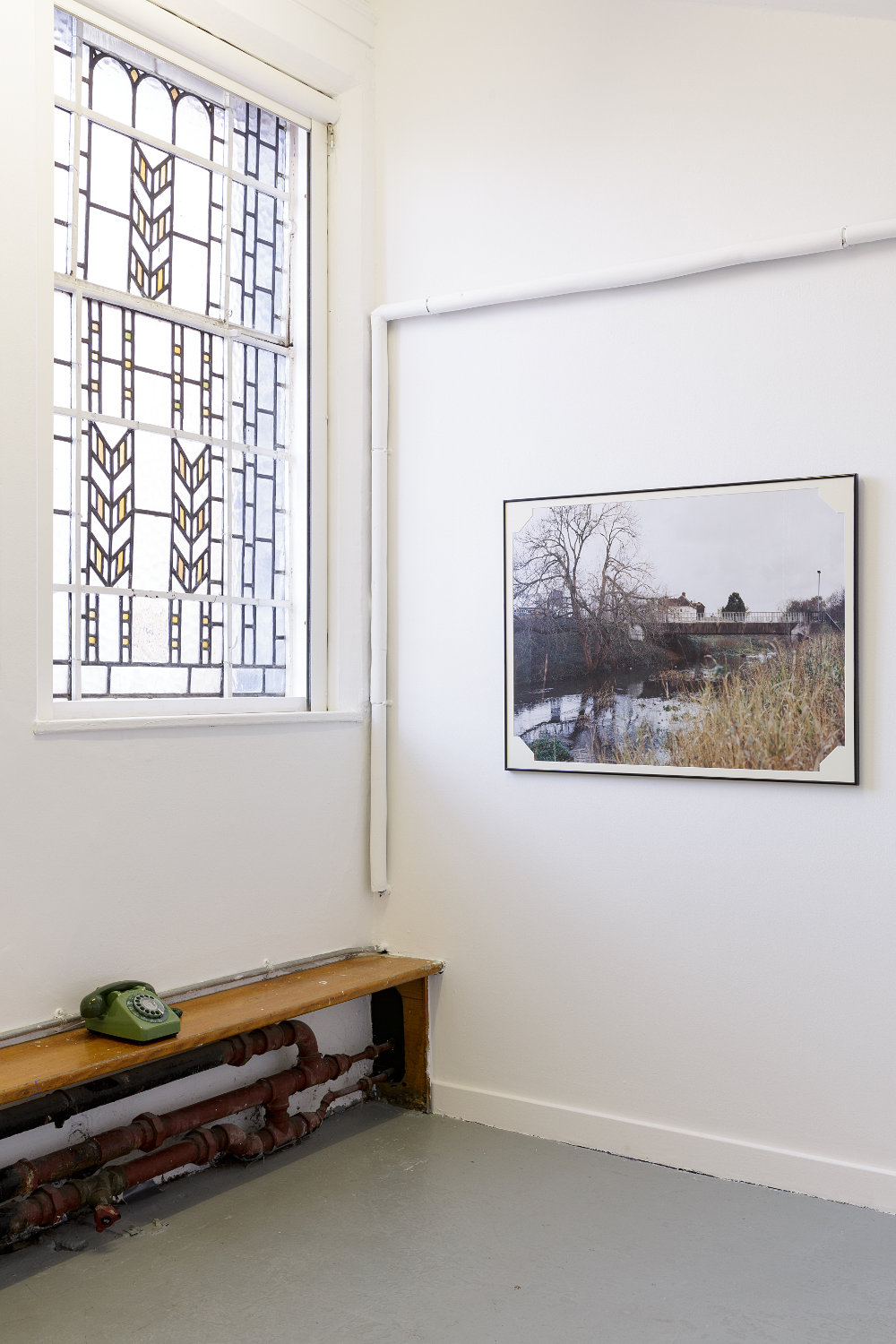 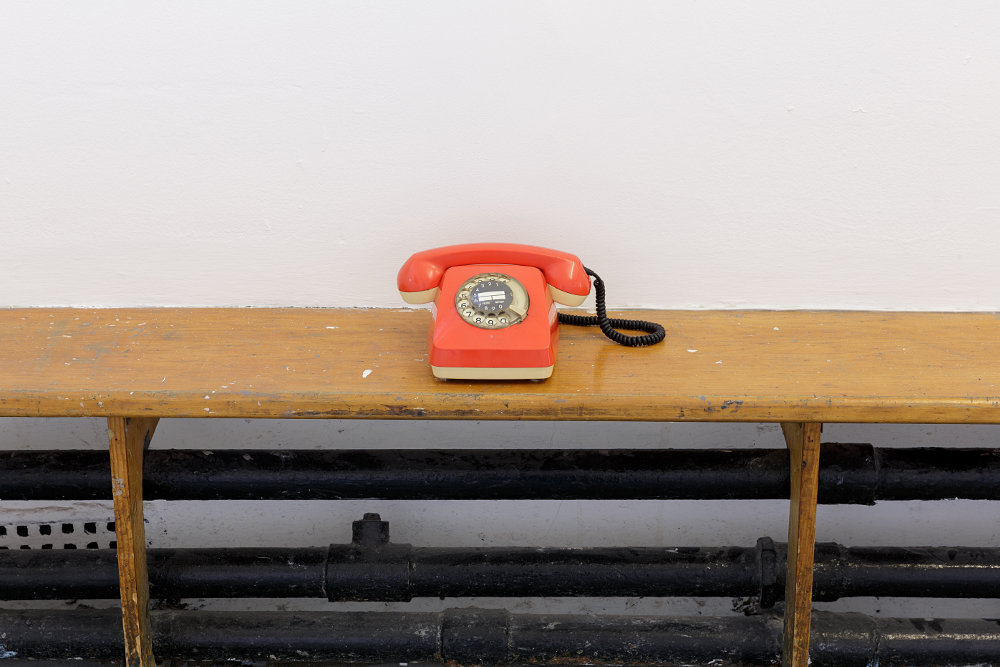 Alongside these images are three phones containing sound and information.

Munks is a London-based artist working across sculpture, photography, video, painting and installation. The particulars of how people live their lives and spend their time, as shaped by taste, British social history and the urban and natural environment, are recurrent themes.

Recent works have included a video narrated by the artist’s mother about Silver End, Essex, a modernist village built for Crittall Windows workers in the 1920s; a video mixing footage from a 1980 Panorama documentary on the impact of a nuclear attack with material shot on a recent visit to the The Kelvedon Hatch ‘Secret Bunker’; and paintings of imagined streets in Blitz-era Europe.

Andrew Munks (B.1985, Rotherham) studied for his BA at The Slade School of Fine Art, UCL and graduated with an MA from the Royal College of Art in 2012. Munks co-runs Watch It gallery with artist Sophie Michael.

Photography: Tim Bowditch. Courtesy of the artist and Zabludowicz Collection