“Soil, trees, and rocks are what’s beautiful. Without question, they’re simple and tower over anything produced by people, no matter how skillfully made.”
Yun Hyong-keun in his diary on July 10, 1990.

Axel Vervoordt Gallery presents a solo show on the Korean artist Yun Hyong-keun (1928-2007) in the Patio Gallery at Kanaal. The exhibition focuses on the artist’s works from the 1990s, featuring 14 paintings of which 9 large ones and 5 smaller. After the success of the solo exhibition in Palazzo Fortuny, Venice, in 2019, Axel Vervoordt Gallery is proud to showcase this major exhibition again in Europe. 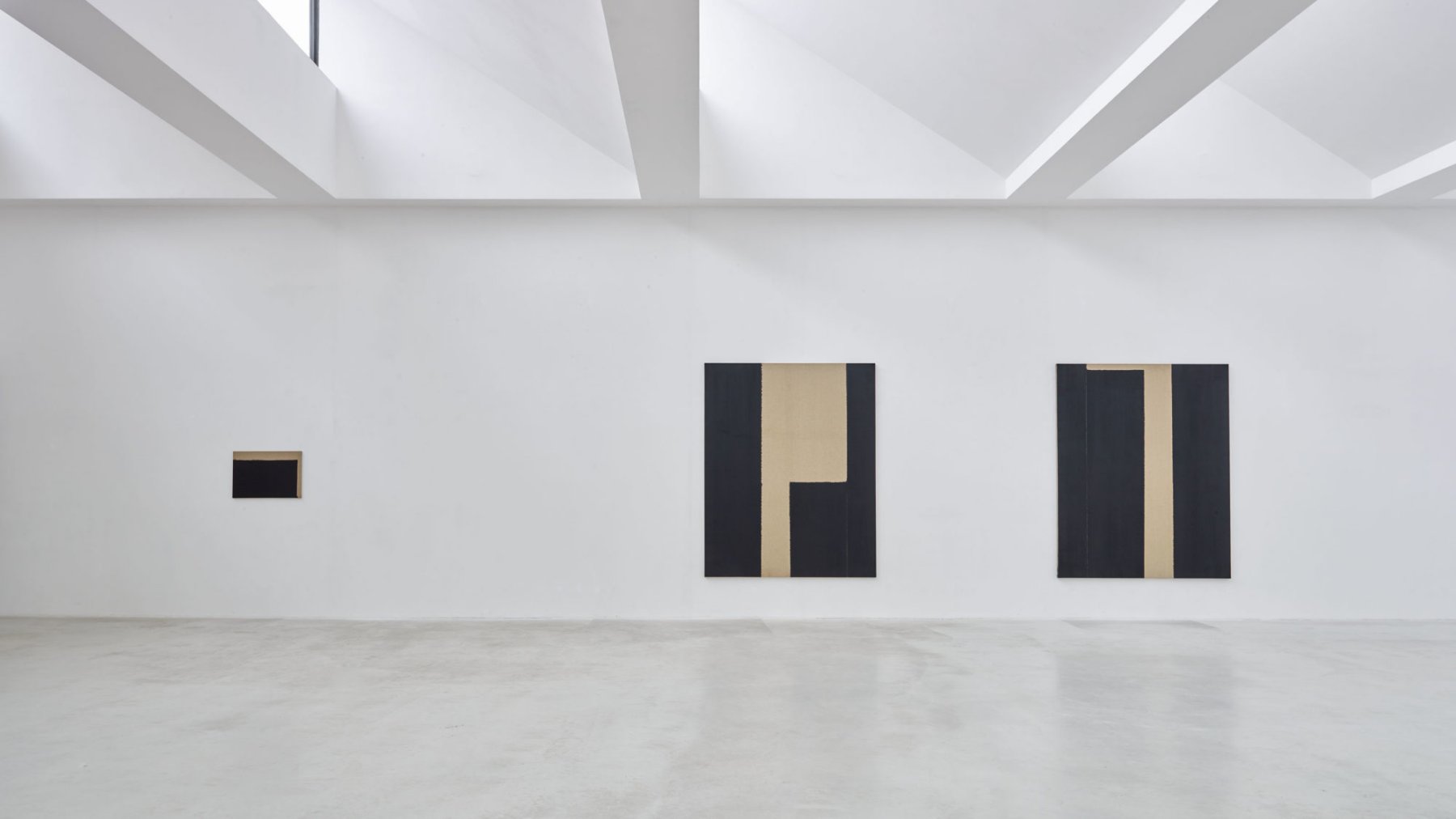 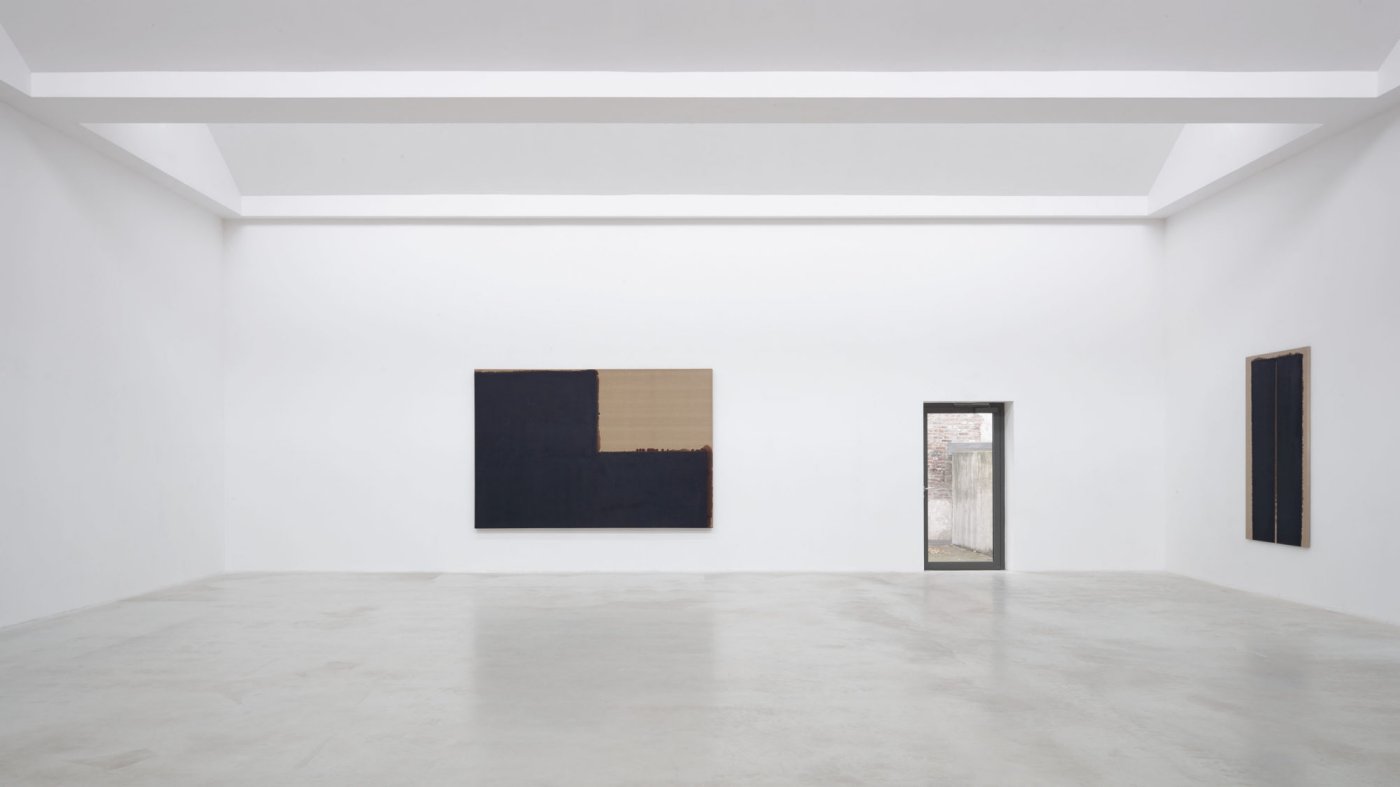 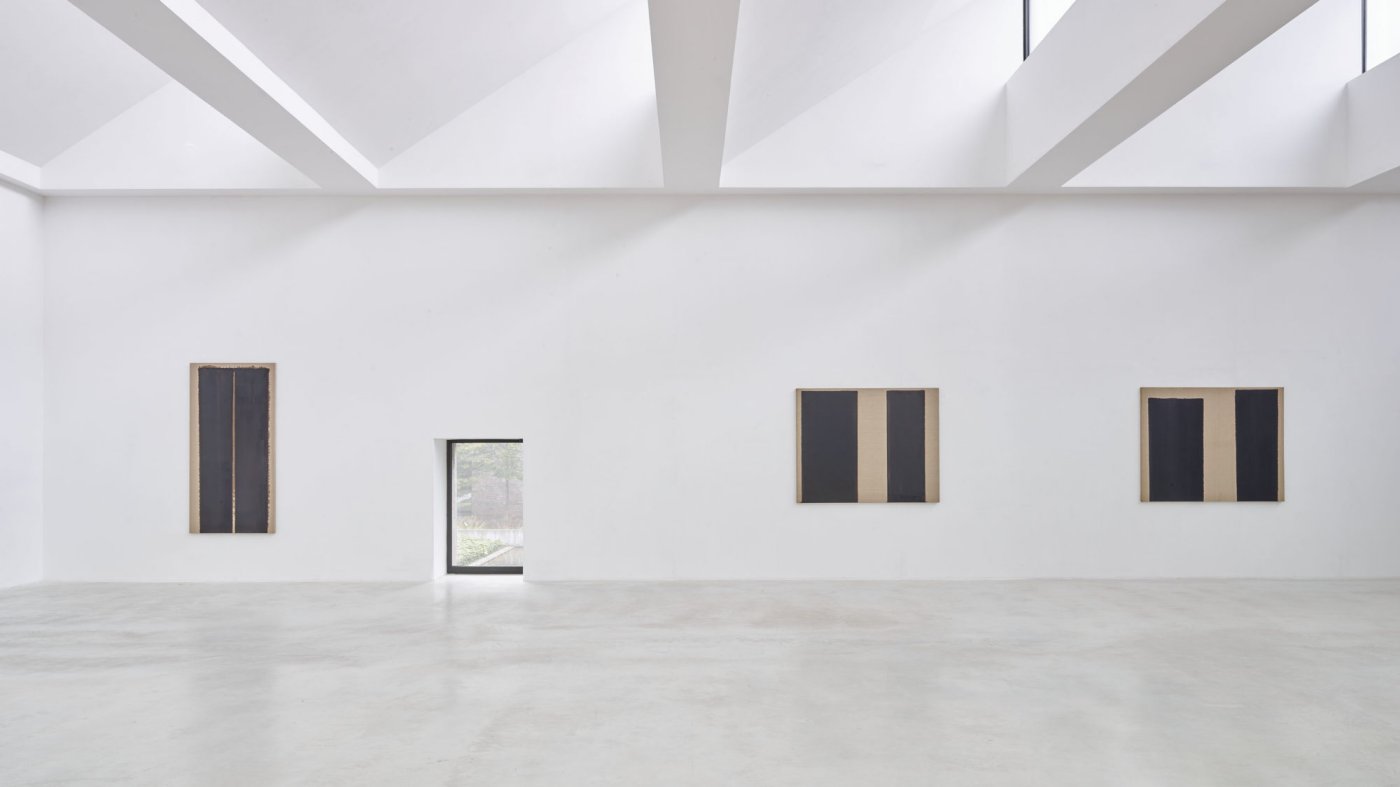 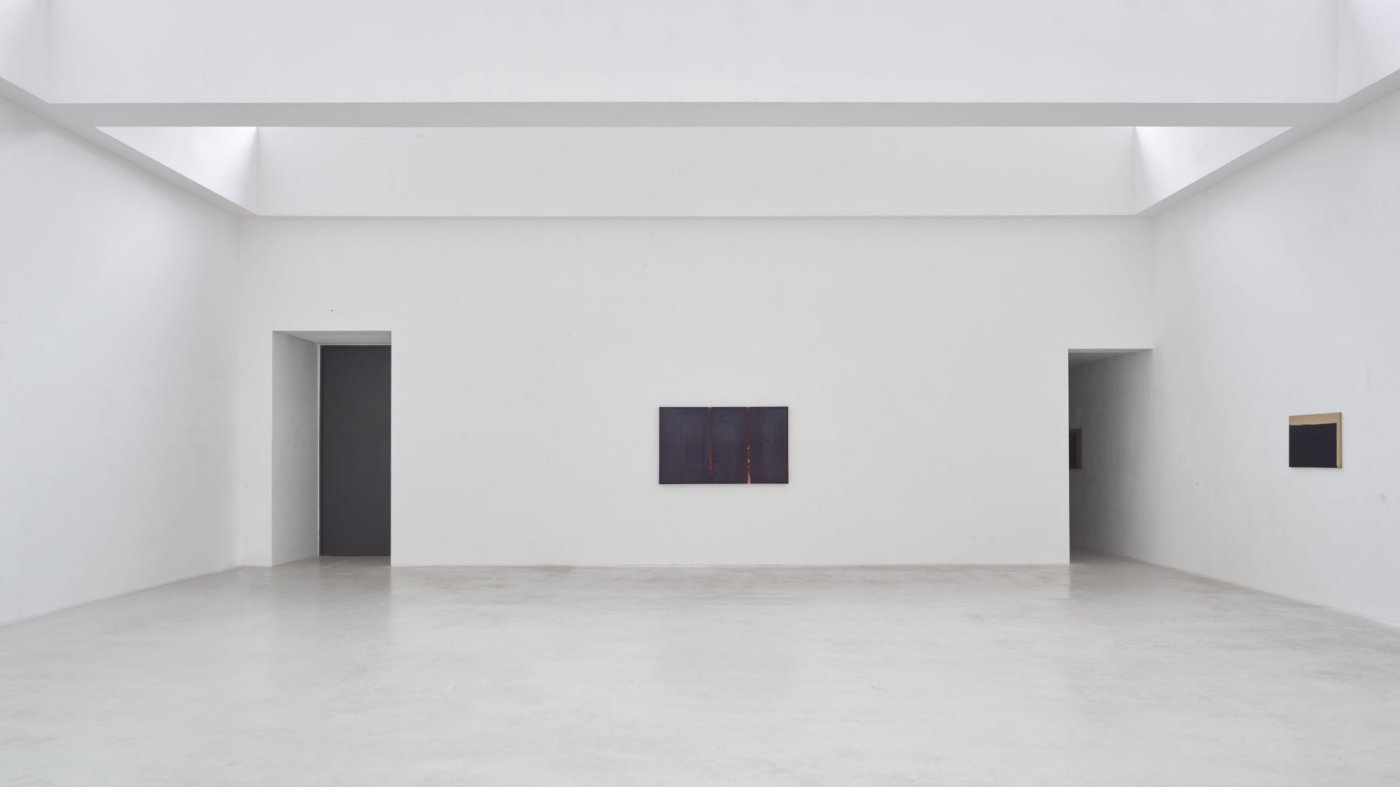 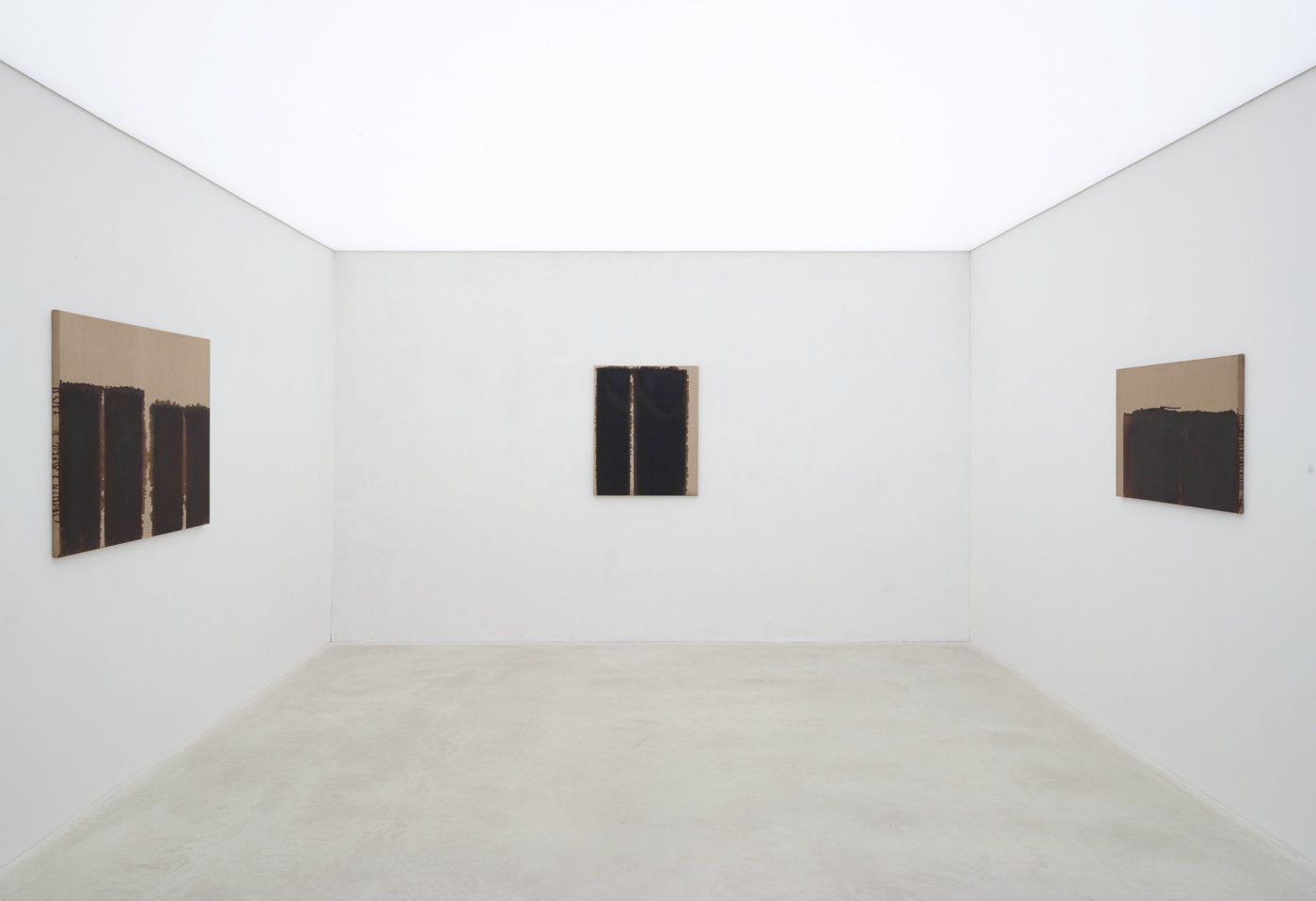 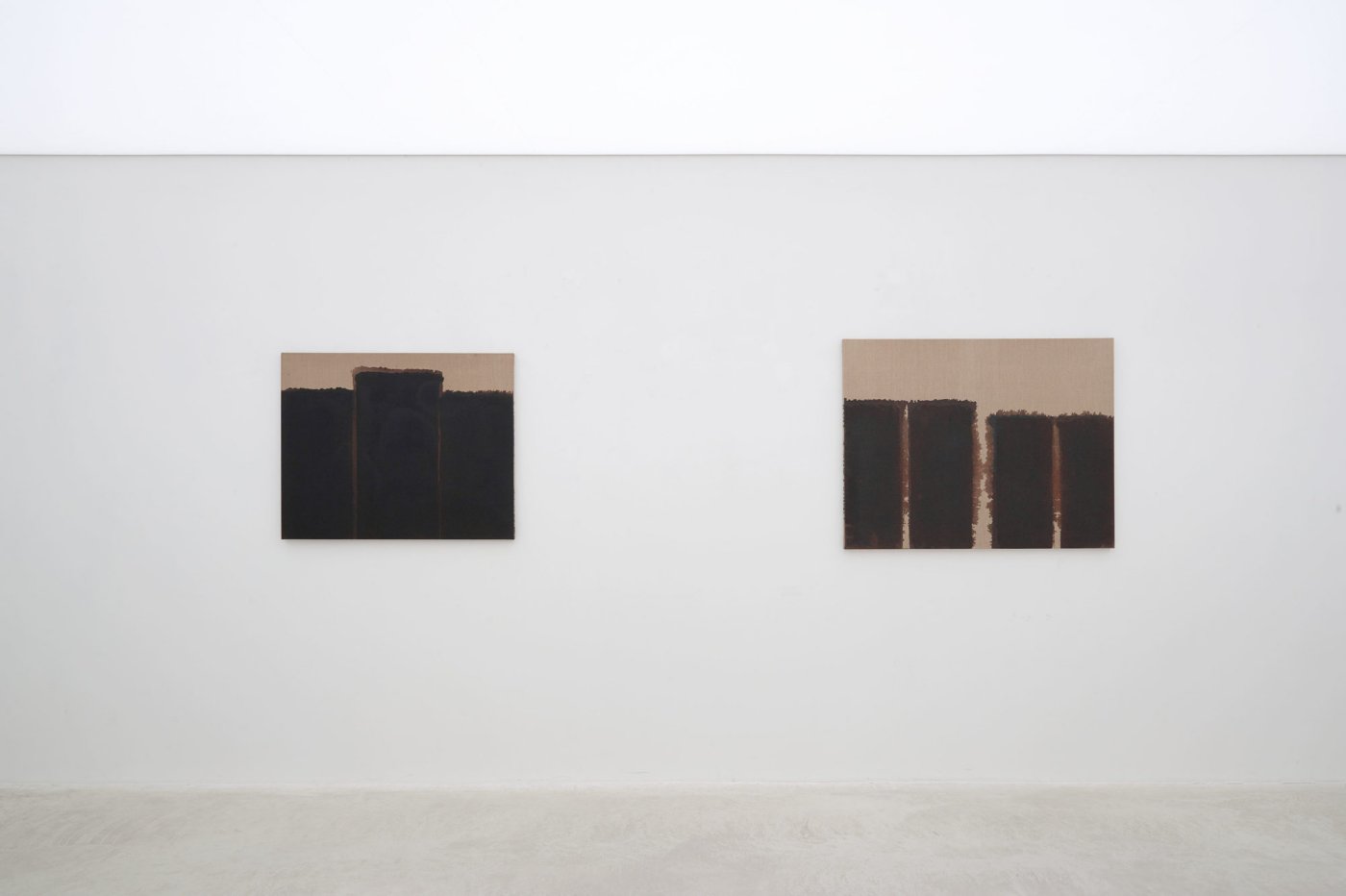 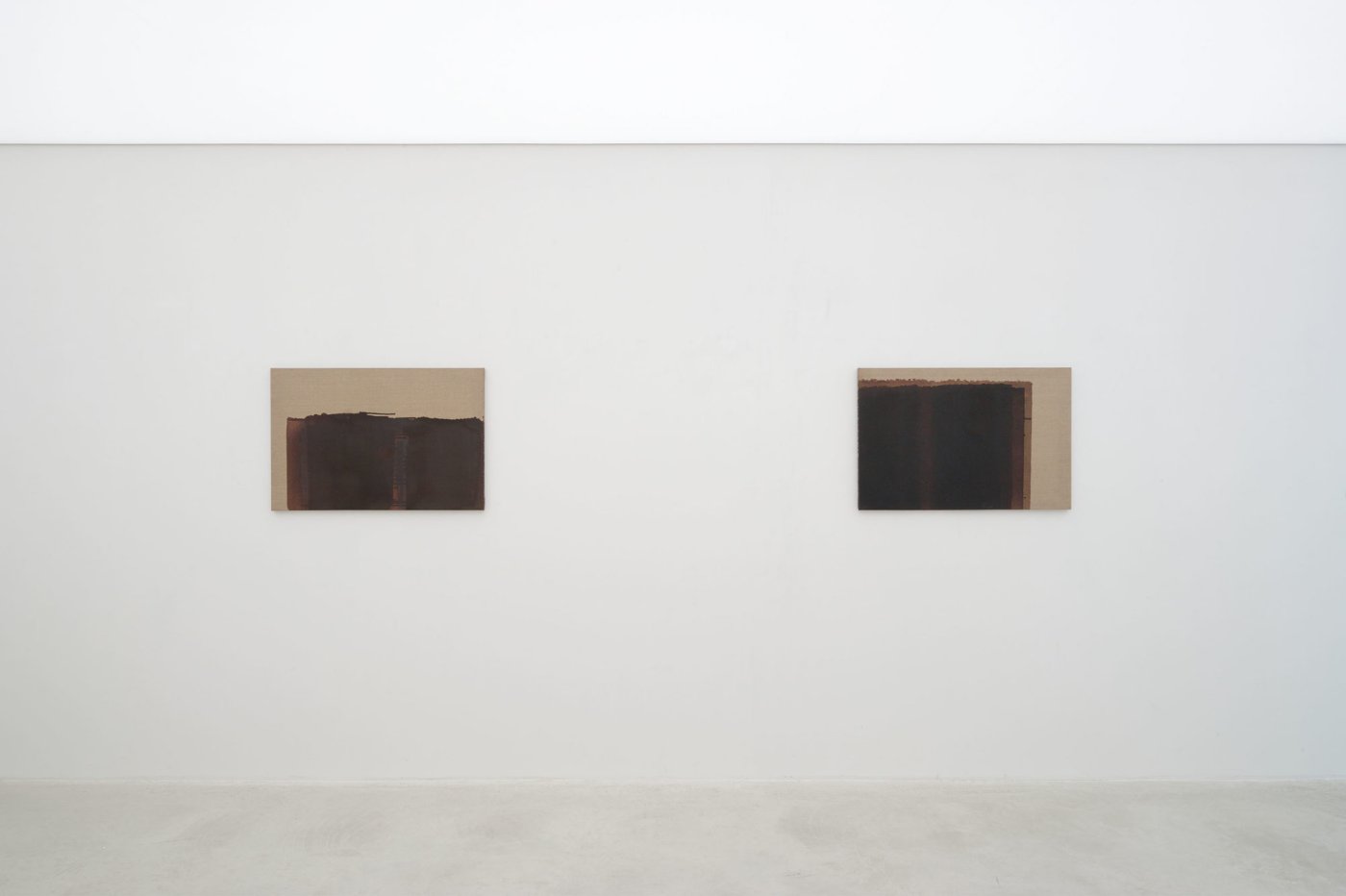 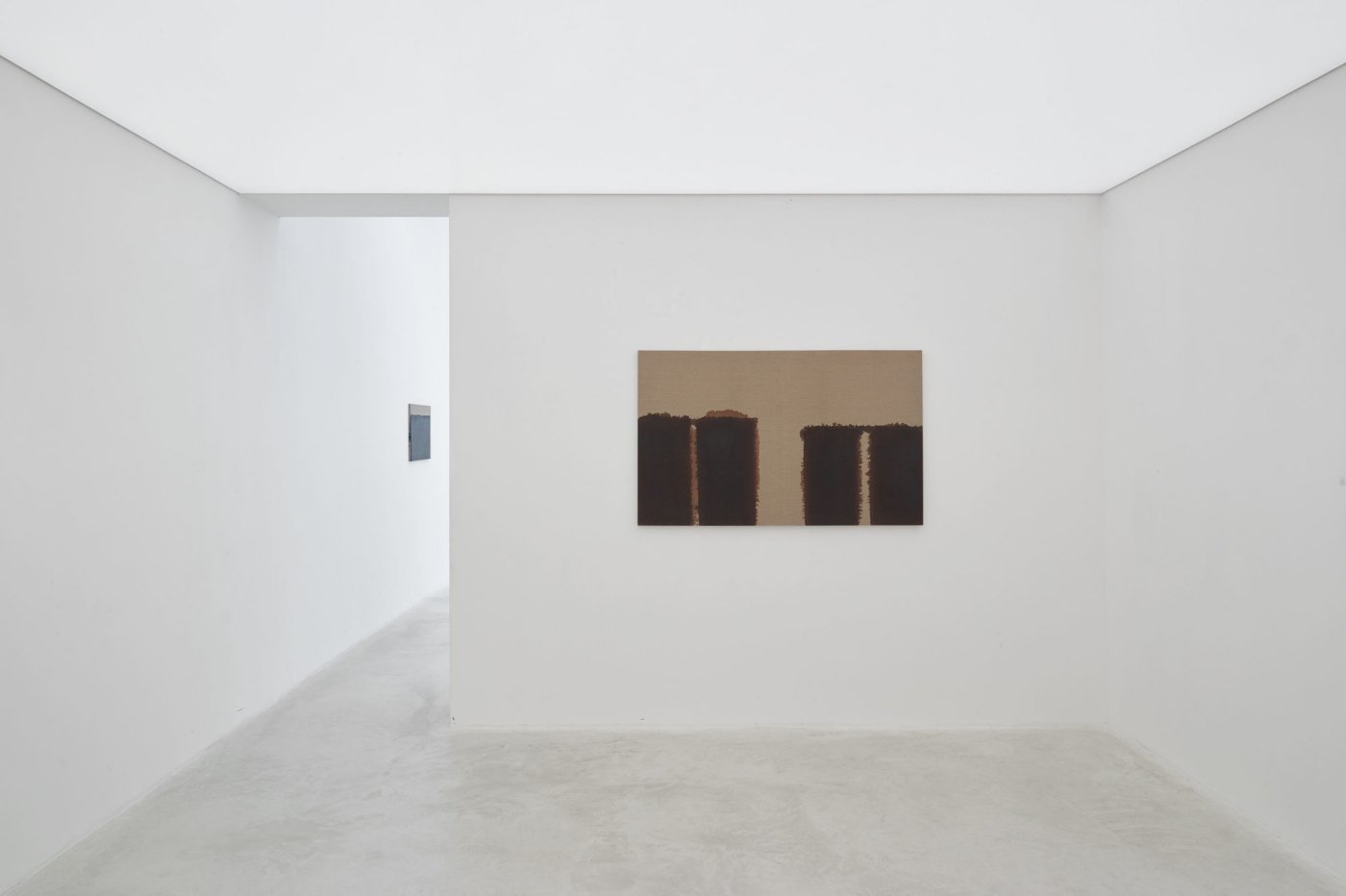 Yun Hyong—Keun (1928—2007) was one of the leading Korean post—war artists and a member of the Dansaekhwa art movement,. Yun had a difficult and harsh life, suffering during the Korean War and the post—war dictatorship, being imprisoned three times and miraculously escaping from death. His integrity and honest character made him fight against injustice. In 1973, after being imprisoned again and quitting his job, he could fully commit himself to art and develop his unique type of painting which is defined by the curator of MMCA Kim Inhye as ’the epitome of minimalism and simplicity’.

Yun admired nature and was inspired by its simplicity and pureness. He wanted to capture the essence of nature in his painting. Honesty and truthfulness were translated into muted, receded colour, and simple compositions of bold square—shaped colour fields. Yun reduced his palette to only two types of colours: burnt umber referring to the earth and ultramarine referring to the blue sky. He often referred to his early paintings as ”the gate of heaven and earth.” The space between flanking two columns, painted with the mixture of the two paints, is empty yet full, as the Dutch word,’vol-ledig’, describes it so well.
This composition is frequently seen through the works produced until the mid 1980s.

Yun had a deep respect for the empty surface and selected his canvasses carefully. In the 199Os, he mainly used self—stretched linens on a homemade wooden frame. On this surface, he applied a thin coating retaining the fibrous texture of the fabric. The paints, heavily diluted with turpentine and linseed oils, were applied directly on the linen canvas on top of each other. Due to the characteristics of the materials, paint smears into canvas quickly and creates blurred margins around the bars. As each brush stroke is unique, different rates of colour absorption can be seen. The process is very natural and organic like water soaks into the soil. The artist noted in his diary: “Since everything on earth ultimately returns to earth, everything is just a matter of time. When I remember that this also applies to me and my paintings, it all seems so trifling.”Yun’s work, like his words, express the most somber, bone— chilling truth of nature, yet they bring us a measure of comfort and humility.

Yun’s lifelong search for simplicity and honesty was deeply rooted in the traditional Korean culture resulting in simple, plain, gentle, comfortable, and unpretentiousness objects where human intervention must be minimised. The choice of objects in his studio shares this aesthetic sense. This also explains his admiration for an artist like Donald Judd, of whom he had a sculpture in his studio. Yun met Judd during his visit to Seoul in 1991 and both artists immediately felt a connection to one another. Two years later, Judd invited Yun for a solo show at his studio in Spring Street, NY, and the following year at the Chinati Foundation in Marfa, Texas.

The friendship with Judd inspired Yun in his artistic practice to seeking for a much bolder and simpler composition. The transition in Yun’s usage of paint and formation is seen from works produced throughout the 1990s. The subtle differences among the hues that we find in his early works, disappear and the colour of paint become almost purely black. Also, he uses less oil so that the surface becomes dryer. He often used a different technique—drawing rectangles on the canvas with a ruler and pencil and then covering these with tape. He painted the inside parts and then removed the tape again. Kim Inhye states: “These works become simpler and more stringent in terms of forms, colours and process. But these seemingly simple works have a hidden depth, such that gazing into the large black void is like plunging into a deep abyss.” The forteen works, selected with careful consideration, reflect this subtle evolution of Yun’s style, an effort in succeeding the Korean traditional aesthetics that Yun had continuously admired and embracing the notion of Western minimalism about simplicity in material and form.