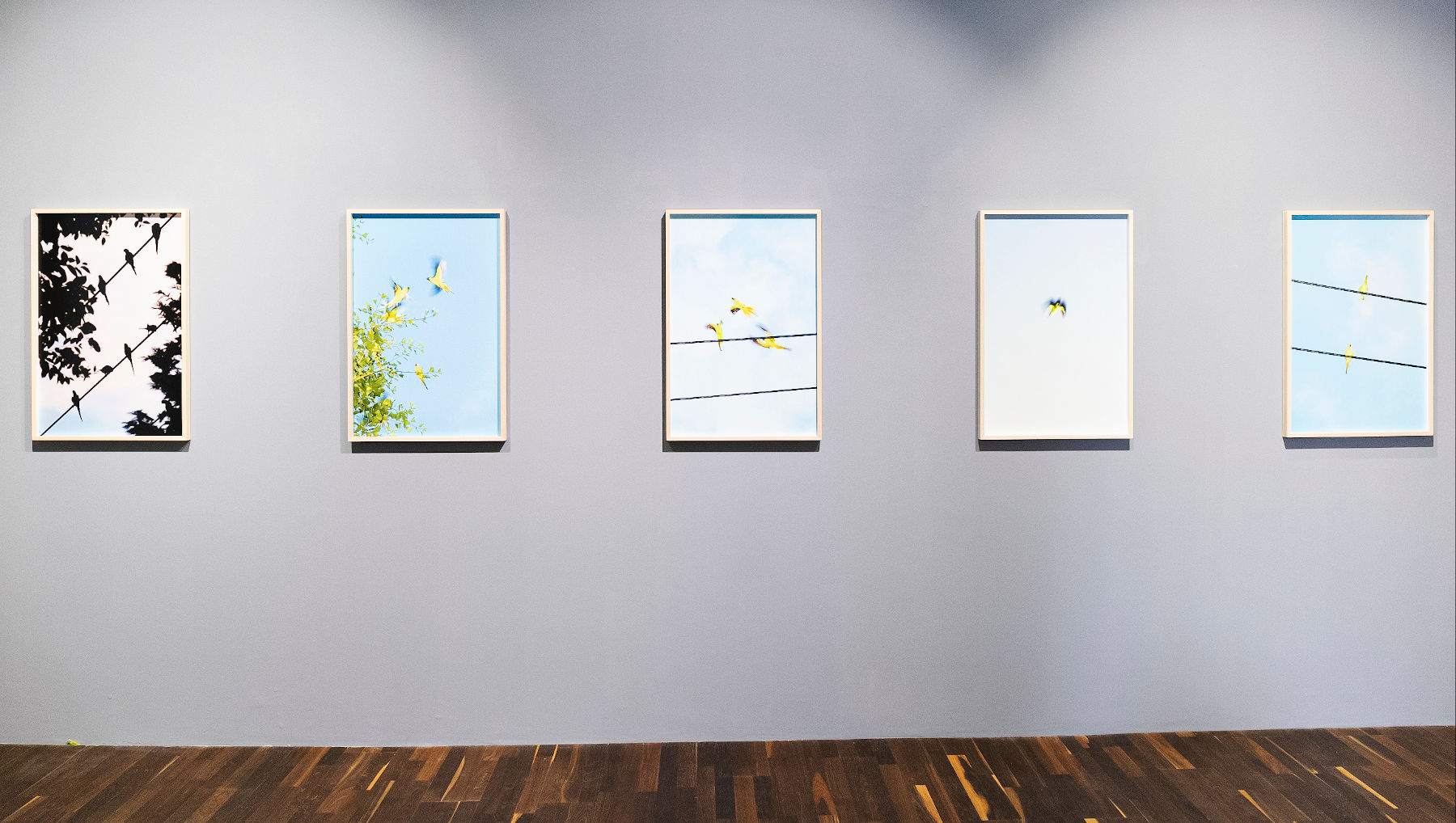 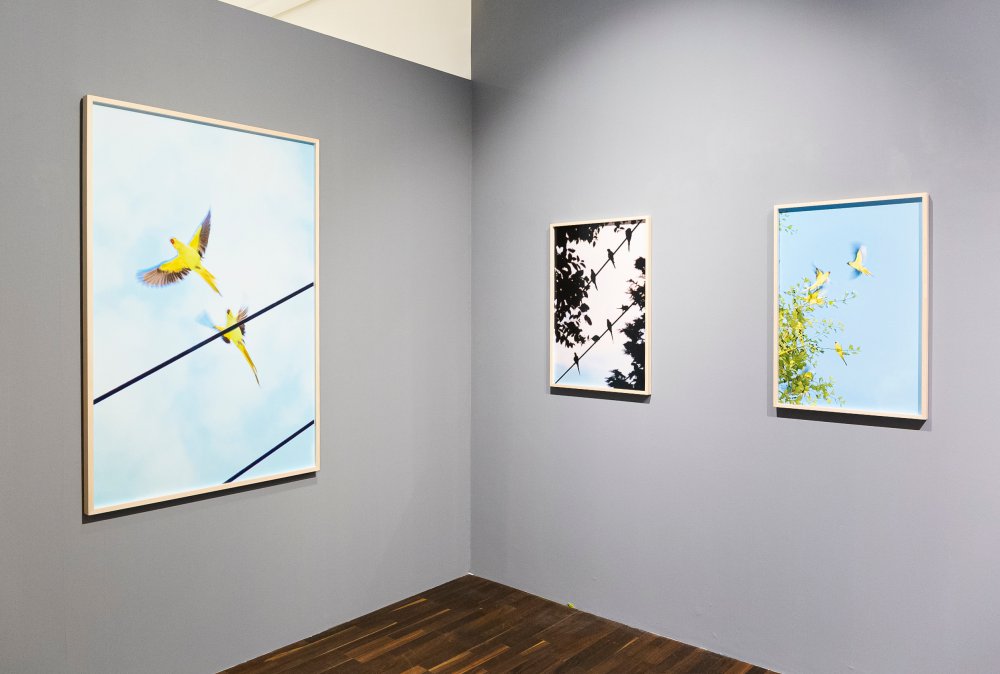 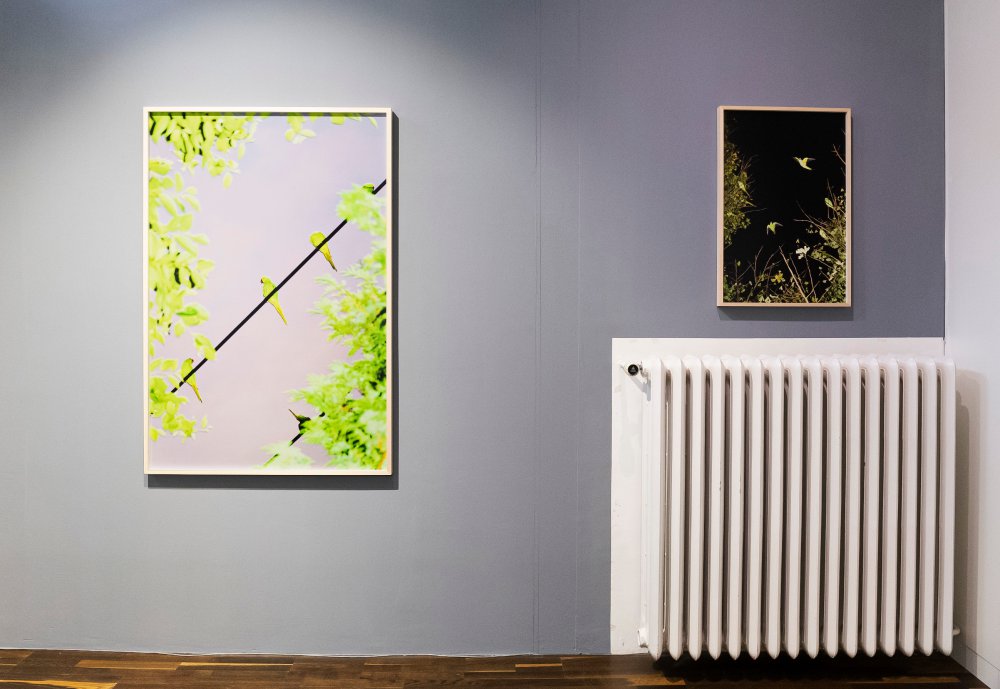 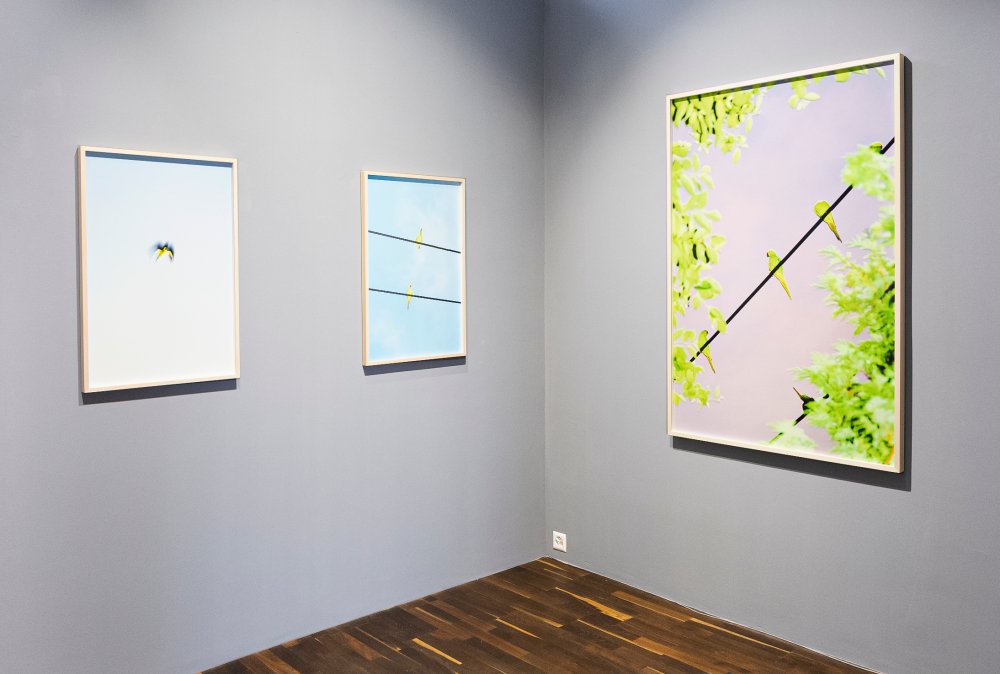 Young Japanese photographer Yoshinori Mizutani (*1987) has turned Tokyo’s sky into the canvas of his colourful universe. Turning his lens skywards, he captures parakeets that colonize electrical cables and populate en masse the trees of the megalopolis. The tender, pure blue of the morning skies gives away to the cyan and deep purple produced by the city’s artificial and neon lights. Drawing deeply on Japanese pictorial tradition, Mizutani plays with power and contrast using vibrant and muted colours. Bedecked with bright yellow and green feathers and orangey-red beaks, parakeets stand out against electric pink skies or among the bronze leaves of gingko trees. Having escaped the domestic space, the rose-ringed parakeet adds a certain touch of surrealism to the Tokyo sky.

Yoshinori Mizutani lives and works in Tokyo. His work draws both on a conceptual approach and on elements of street photography. The winner in 2013 of the prestigious Japan Photo Award, then selected in 2014 as part of the Foam Talent Call, his series Parrots was presented at the Biel/Bienne Festival of Photography in Switzerland in 2015. Since 2012 he has exhibited in many international institutions in Japan, China, Belgium, Great Britain, Italy and Switzerland, and has published, among other, Tokyo Parrots, Colors, and Yusurika.