This autumn, Whitechapel Gallery visitors are invited to participate in an interactive installation by world famous artist, musician and activist Yoko Ono (b.1933, Japan). 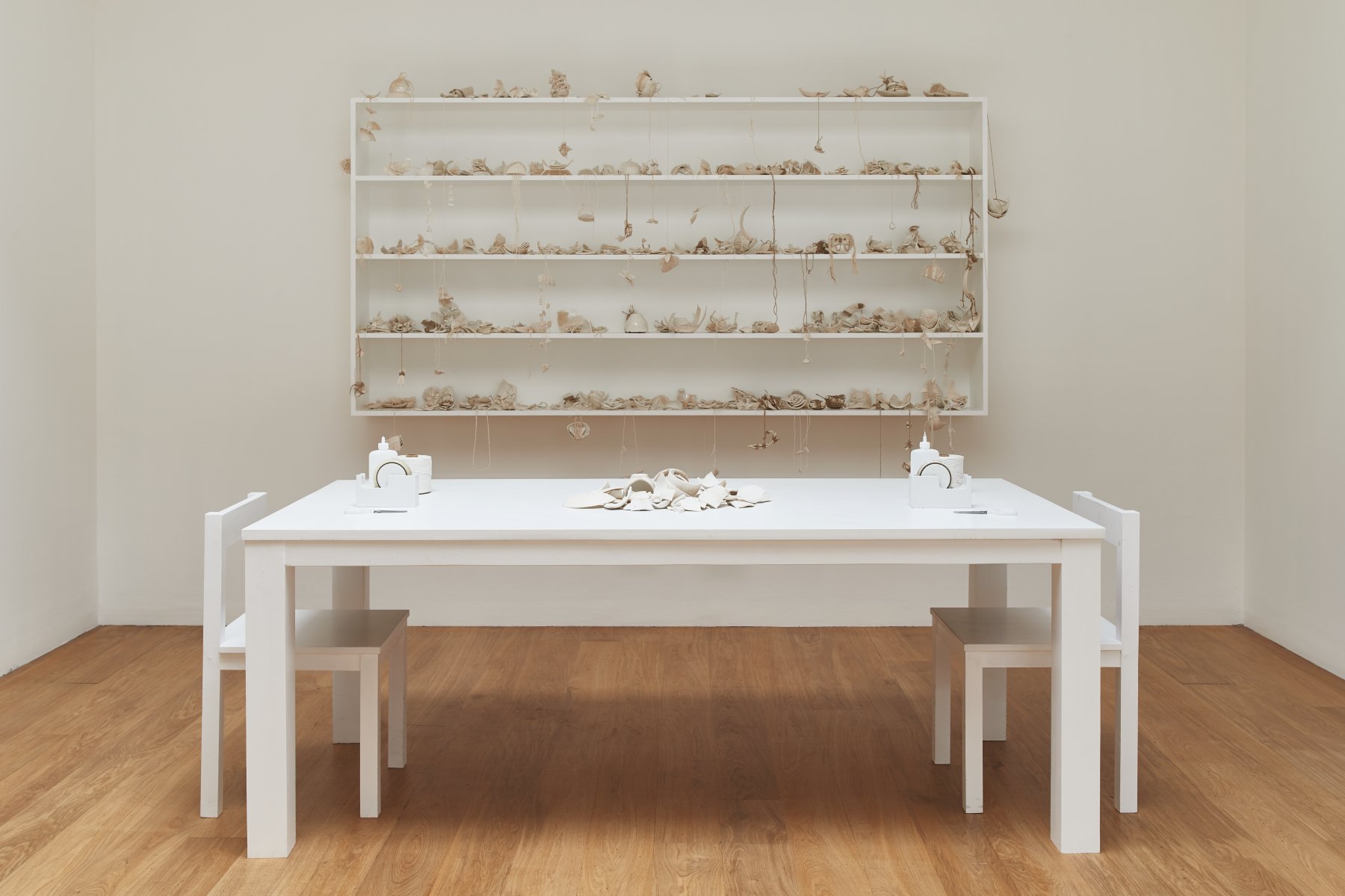 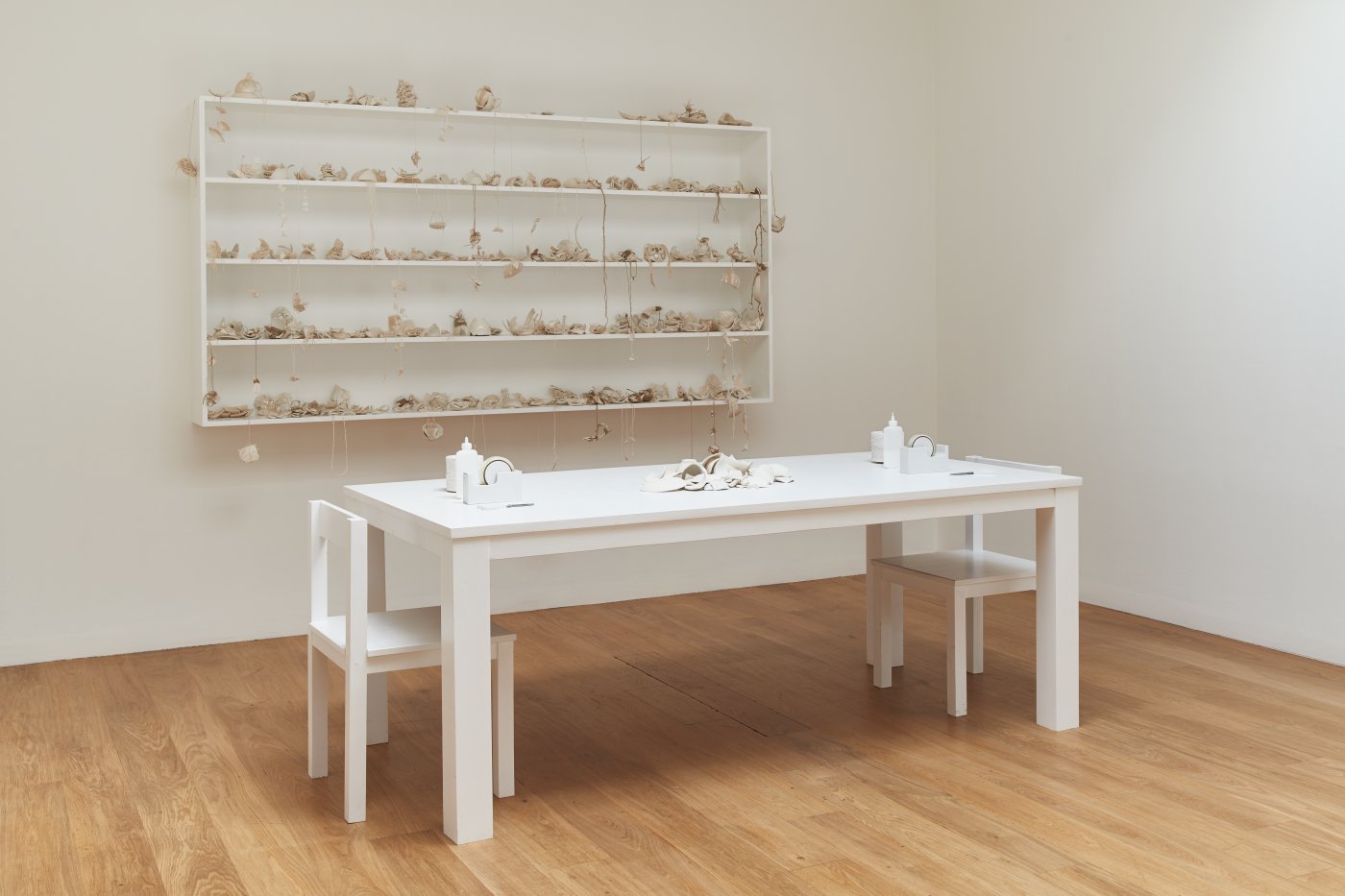 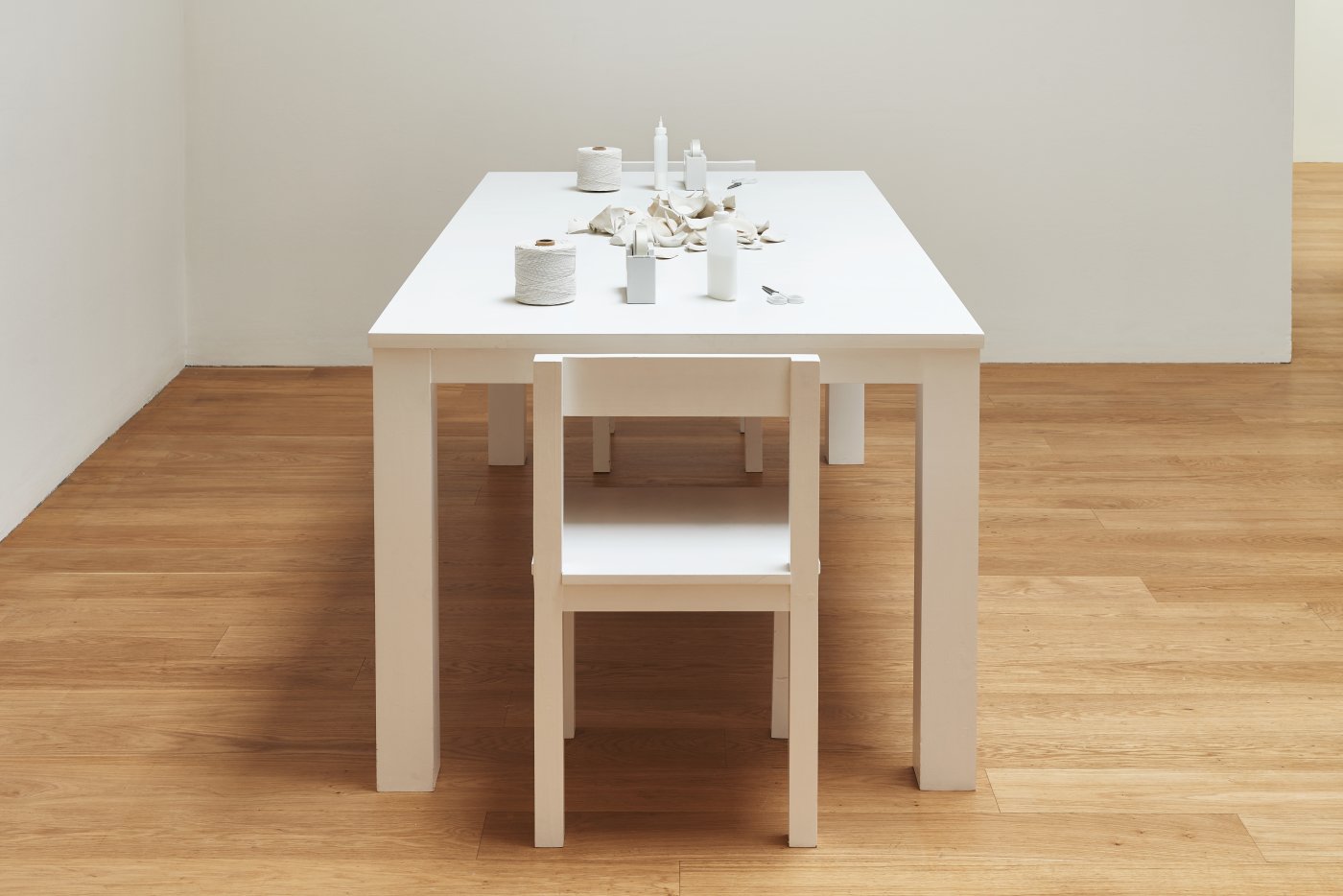 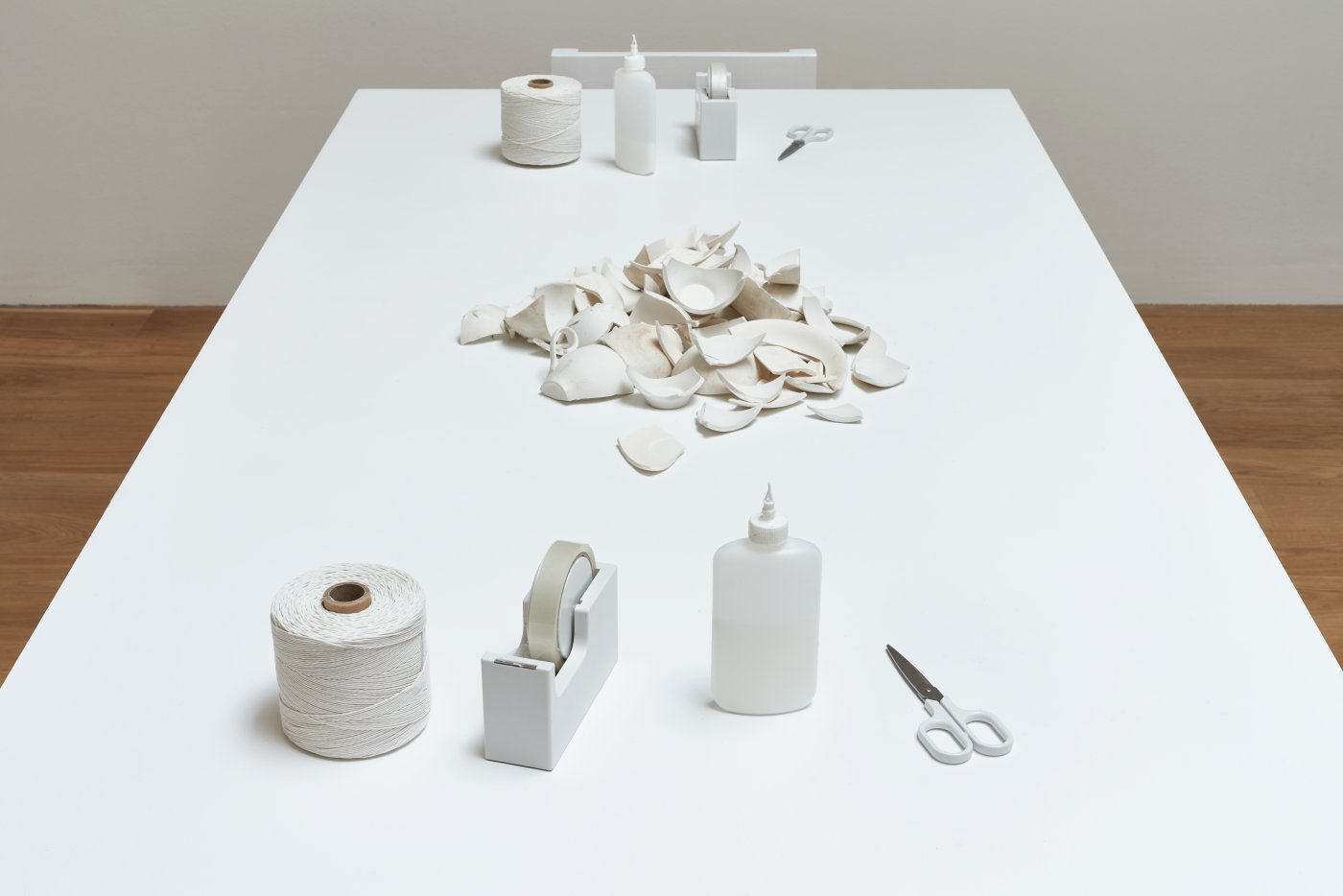 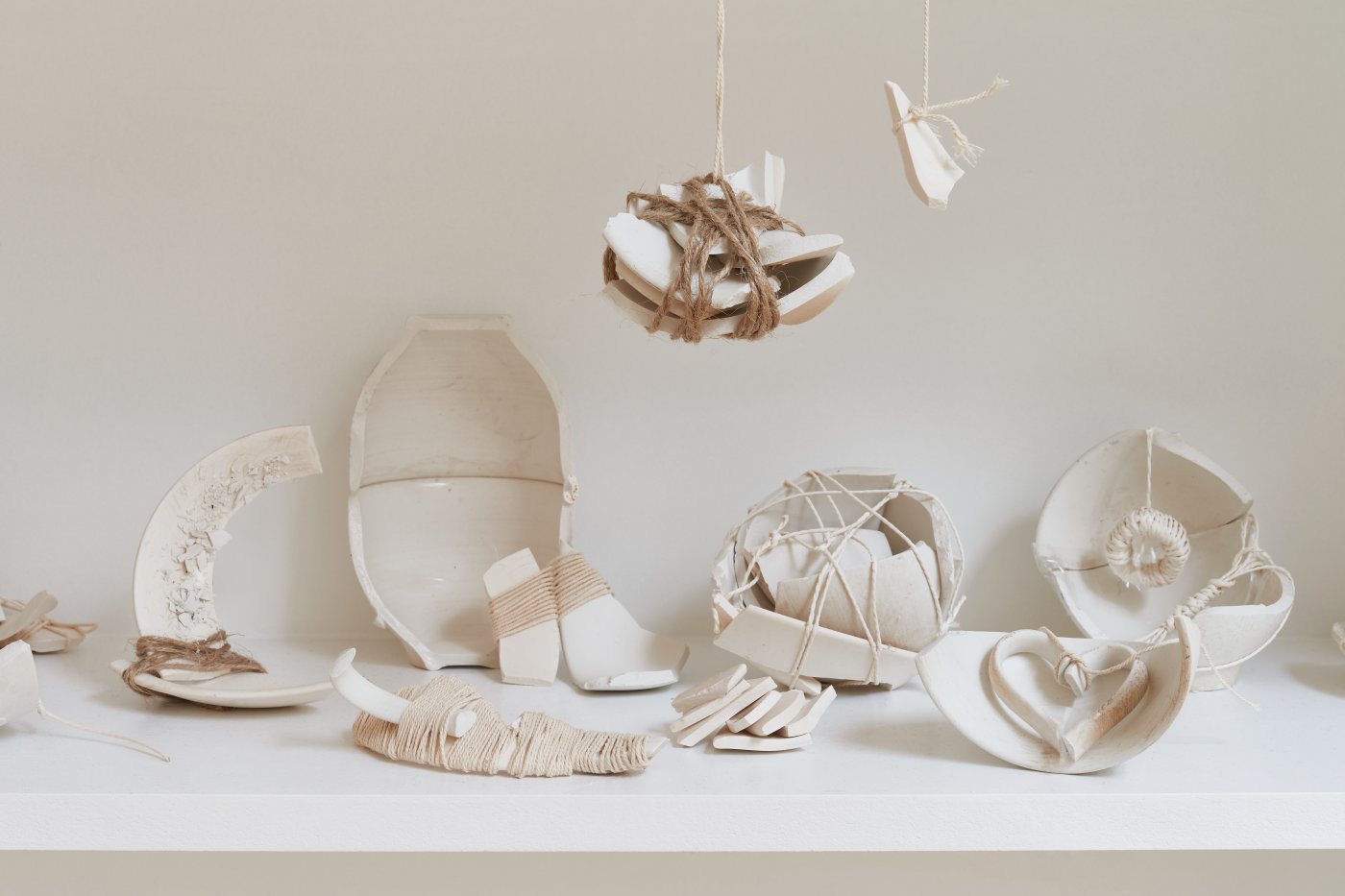 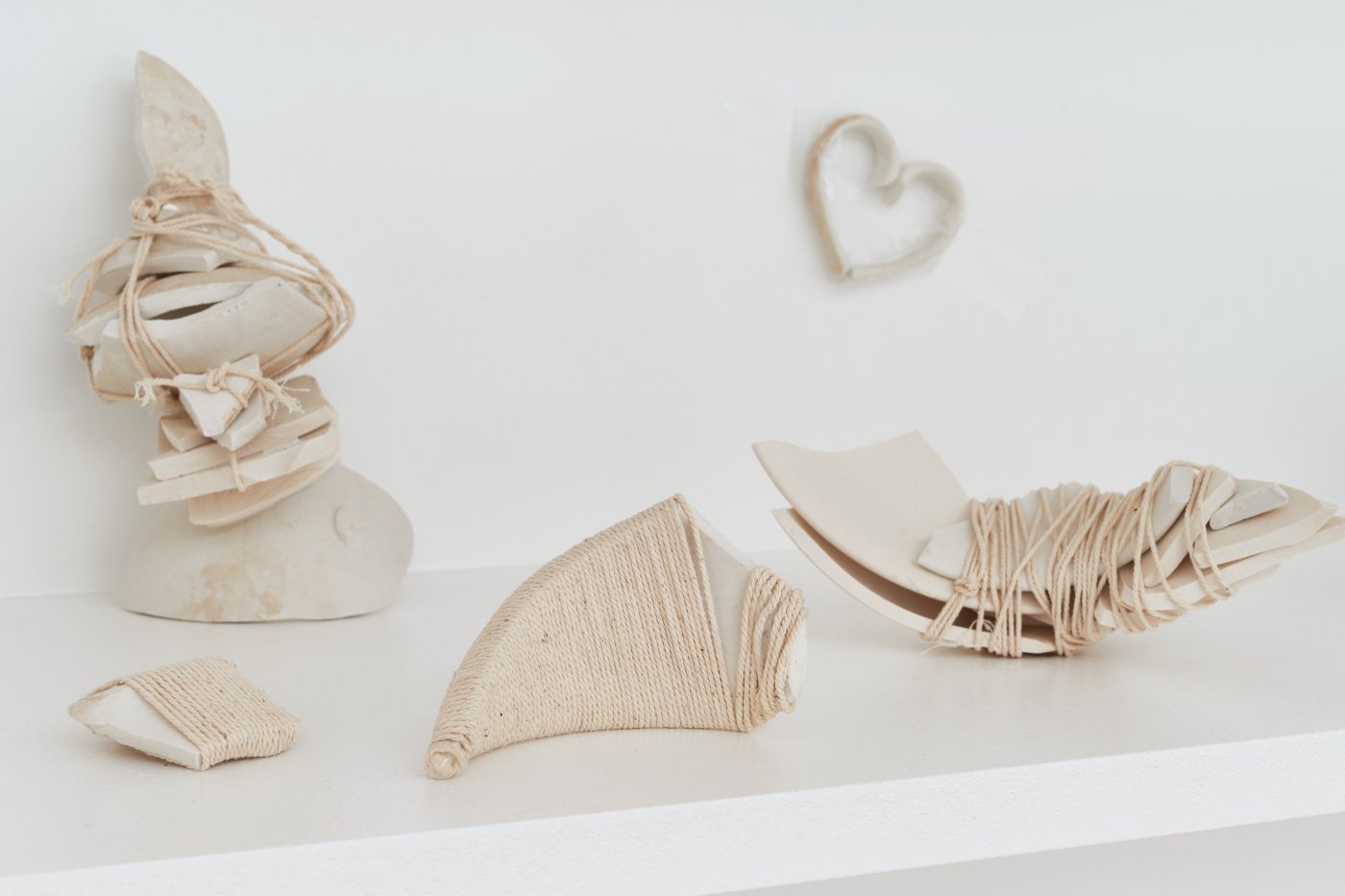 Broken fragments of pottery are presented on two plain white tables, along with simple materials for repair – glue, twine, scissors and tape. On entering the space participants are prompted by a set of simple instructions provided by the artist: ‘Mend carefully. / Think of mending the world at the same time.’ Once finished, the ‘mended’ objects are displayed on adjacent shelves.

Ono first presented this work as Mending Piece I at her 1966 solo exhibition at Indica Gallery, London, a renowned centre for countercultural art. MEND PIECE for London now returns to the city more than 50 years later, following Ono’s extensive career spanning performance, writing, visual art, experimental music and film. Instruction-based works such as Mending Piece I established Ono as an important figure in the development of both Fluxus and Conceptual art, with participation and collaboration being central to her practice. These concepts are also intertwined with her ongoing and tireless campaigns for peace and non-violence.

MEND PIECE for London draws on the Japanese tradition of kintsugi, the art of repairing broken pottery using lacquer mixed with precious metals such as gold and silver. The process nurtures breakage as an important part of an object’s history, rather than seeking to disguise it. Likewise, in this artwork, the physical act of repairing becomes a timely metaphor for a different kind of mending which takes place in the mind and through community.

To ensure visitor safety and peace of mind, MEND PIECE for London has been adapted in consultation with the artist to accommodate social distancing. Sanitiser is available, ventilation has been increased and a member of staff is available at all times to assist.

Yoko Ono was born in Tokyo in 1933 before moving to the US with her family in the mid-1950s. After studying at Sarah Lawrence College, she quickly became a catalytic figure within the avant-garde scenes in New York, hosting an influential series of concerts and art installations in her downtown Chambers Street loft featuring the likes of Simone Forti, Jackson Mac Low, Robert Morris and La Monte Young. Over the ensuing decade she lived in New York, London and Tokyo, influencing the development of both Fluxus and Conceptual art, through her instruction, film and performance-based work. From the late 1960s she collaborated with husband and musician John Lennon on experimental pop music releases and anti-Vietnam war campaigns for peace that imaginatively took advantage of her growing international fame. In more recent years she has made full use of digital and social platforms to promote activist causes, always rooted in messages of peace and universal creativity. In 2009 she received the Golden Lion award at Venice Biennale for lifetime achievement.