Meliksetian | Briggs presents Names for airy nothings, an installation of a new video animation and new paintings by New York-based artist Yifan Jiang. This new show is the second part of a two part exhibition by Jiang at the gallery this summer. 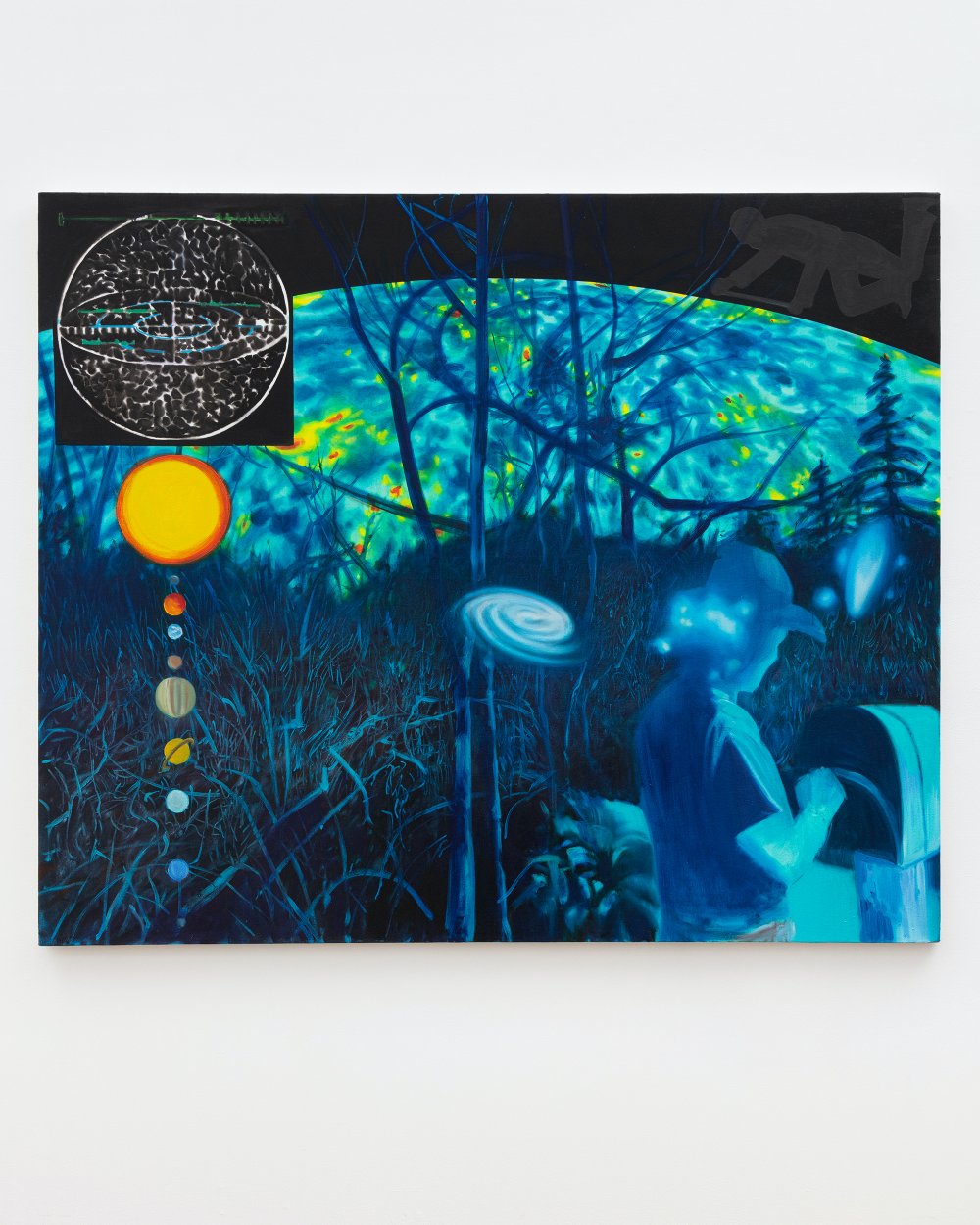 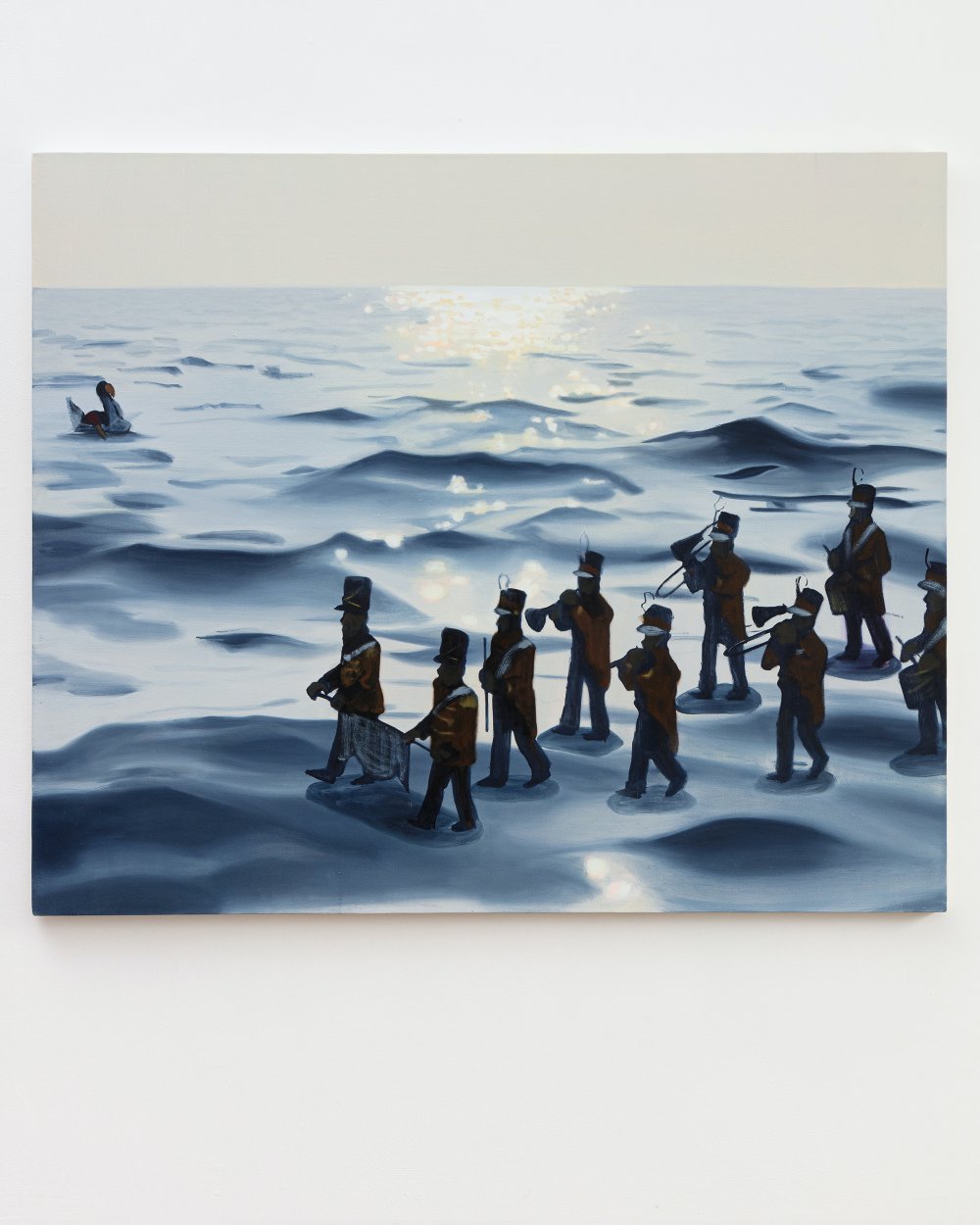 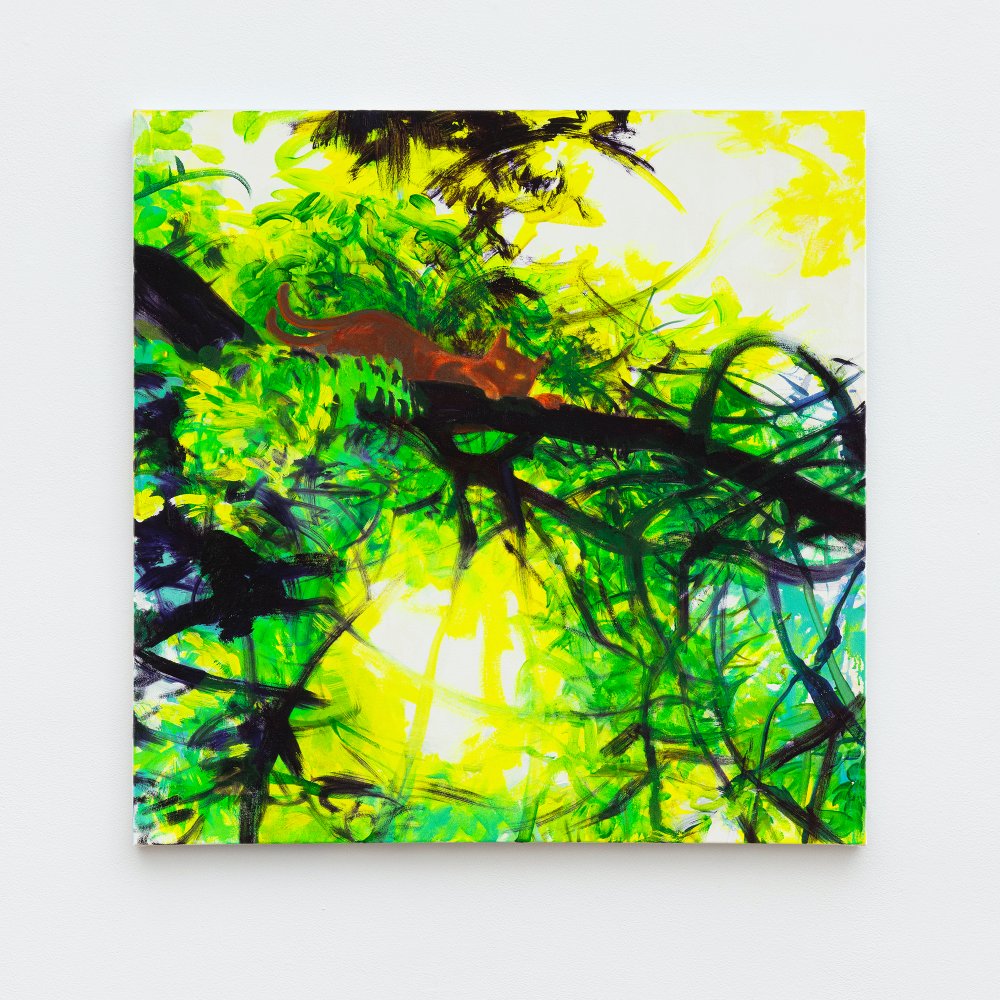 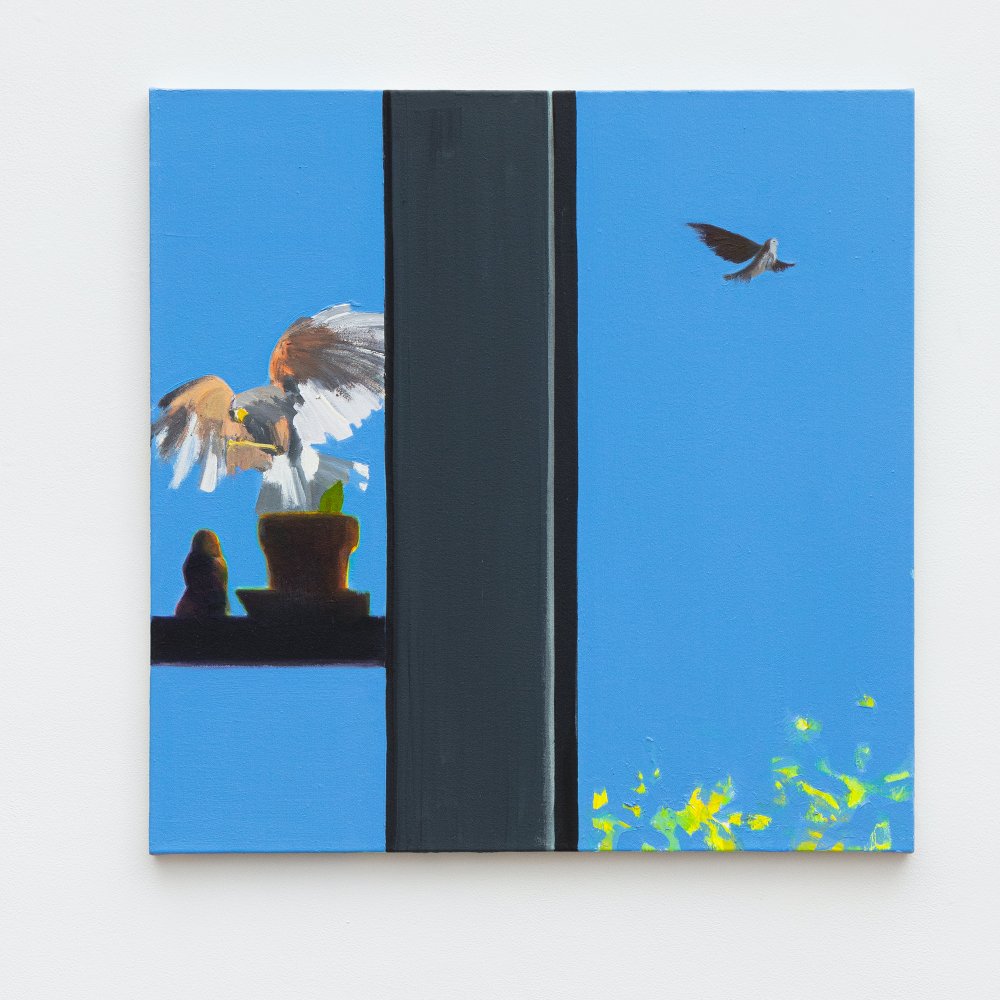 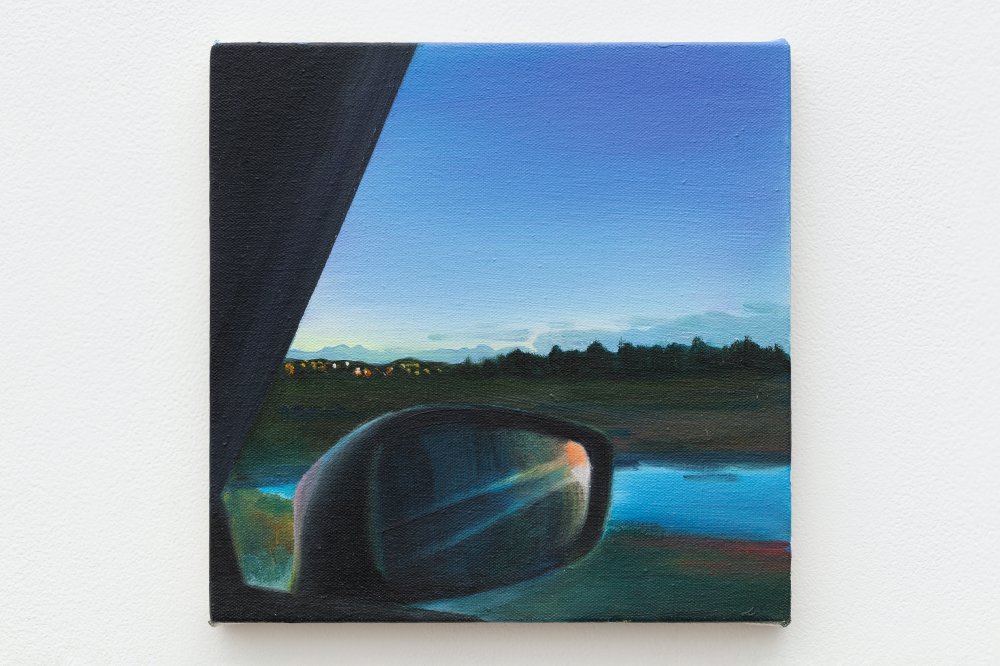 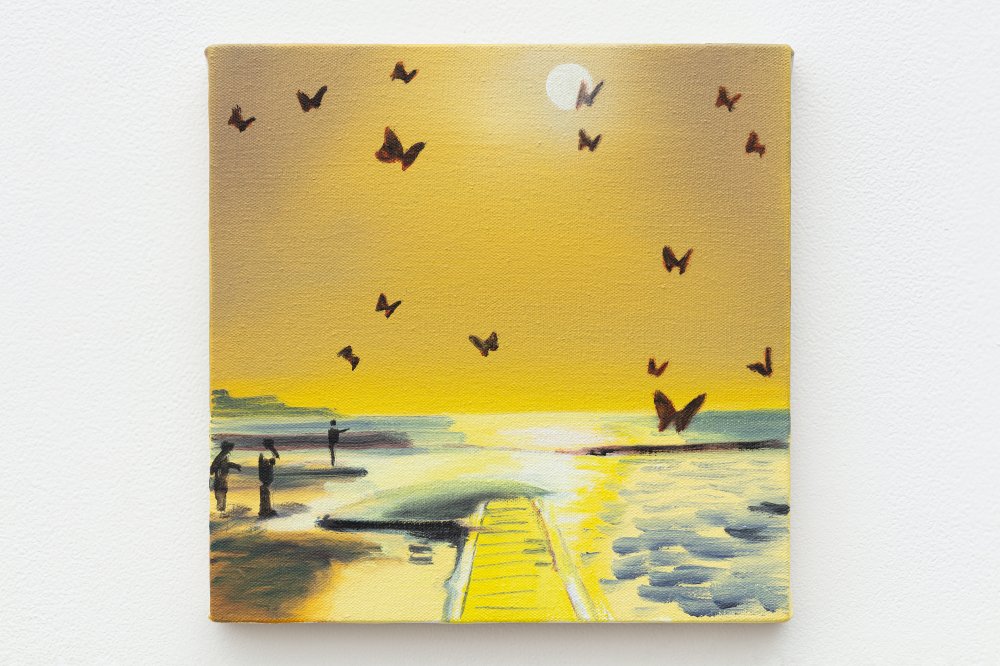 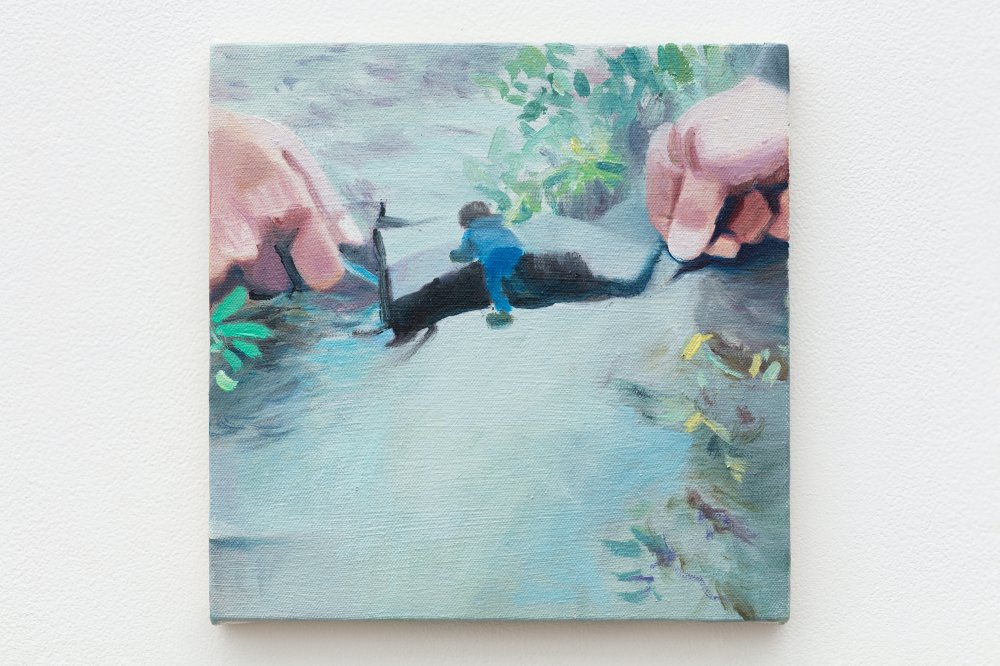 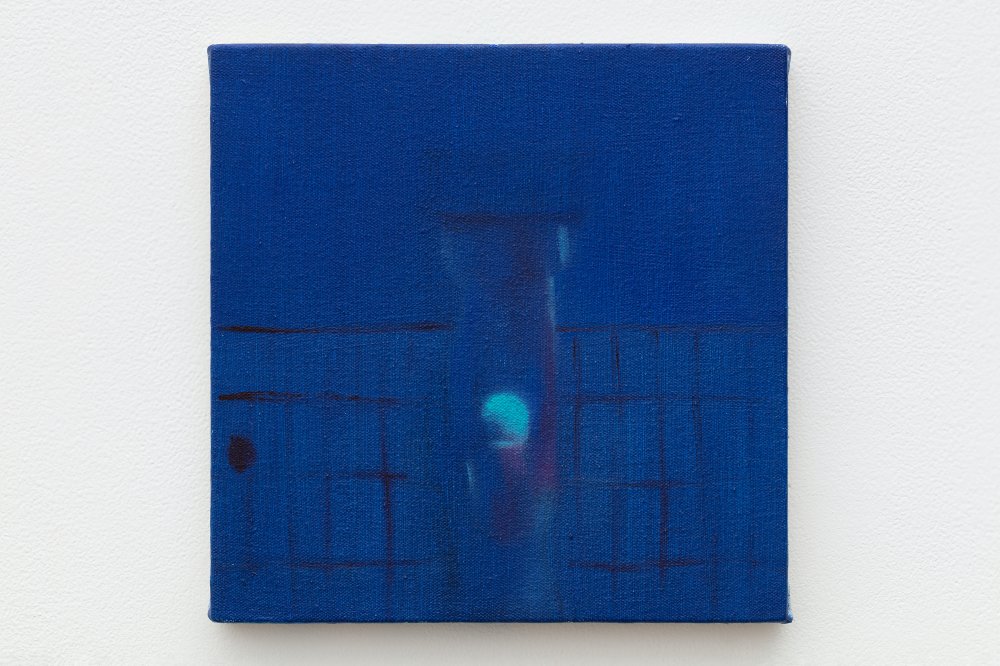 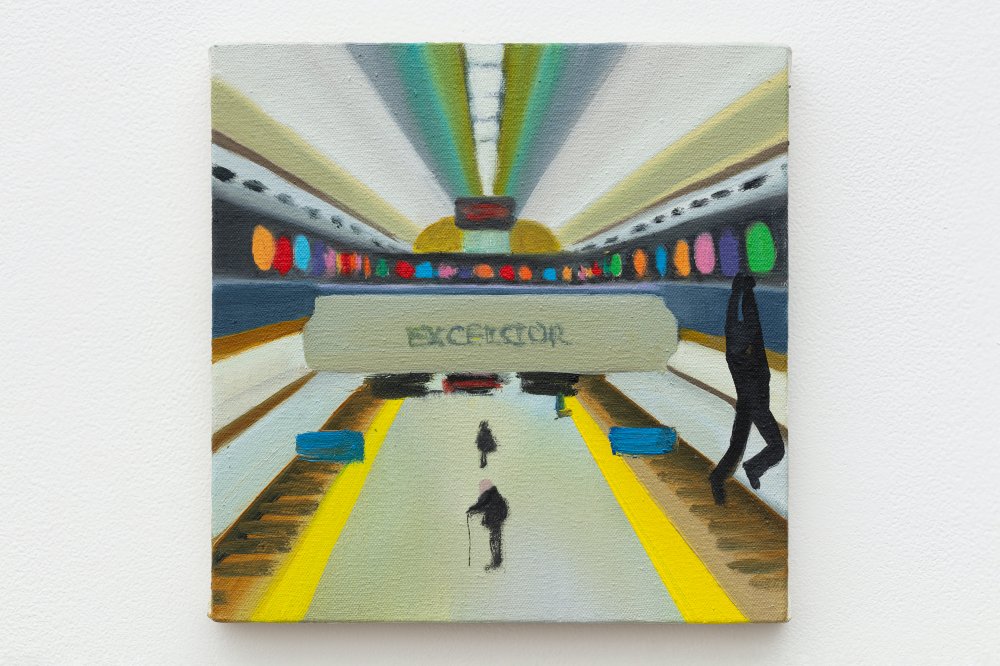 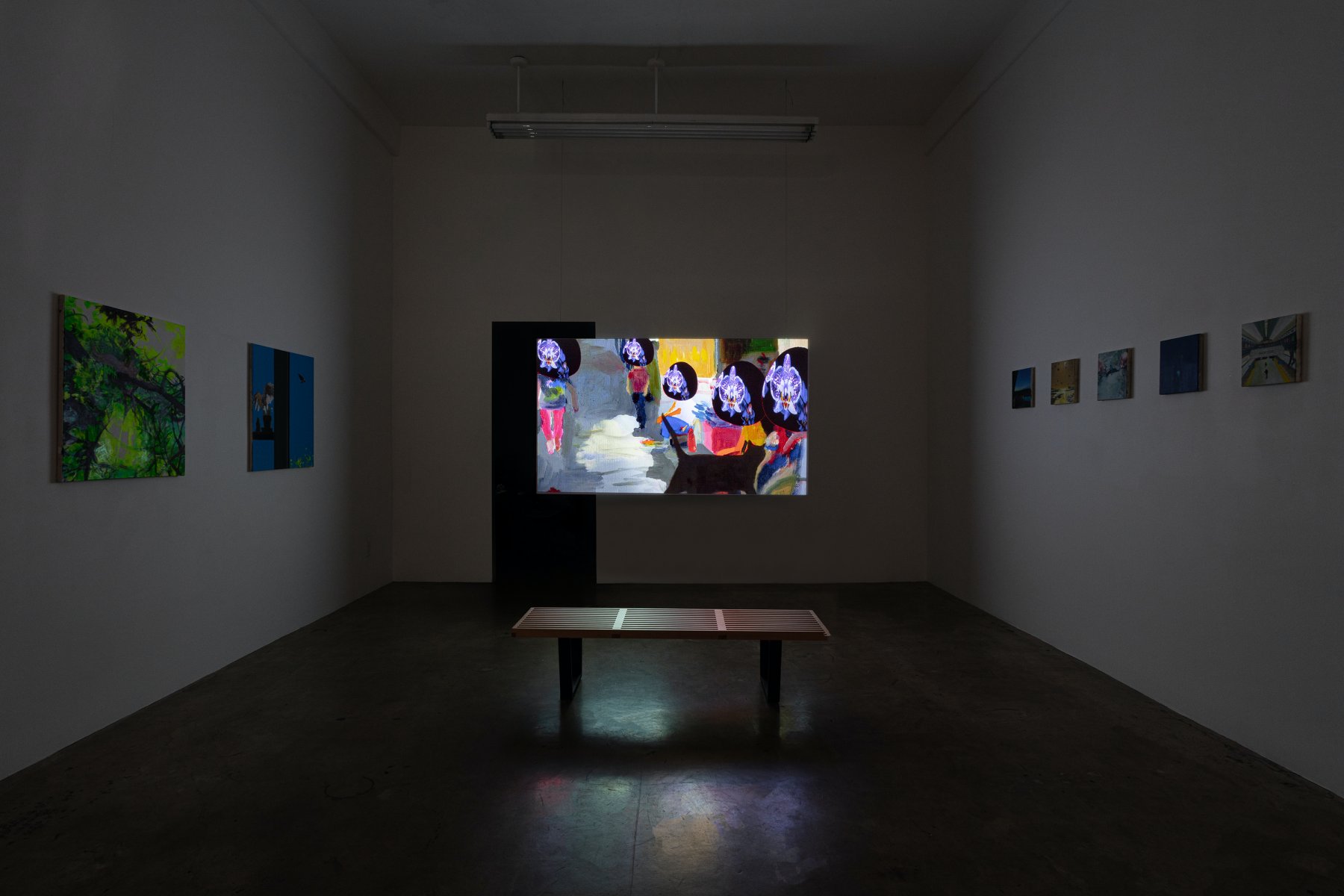 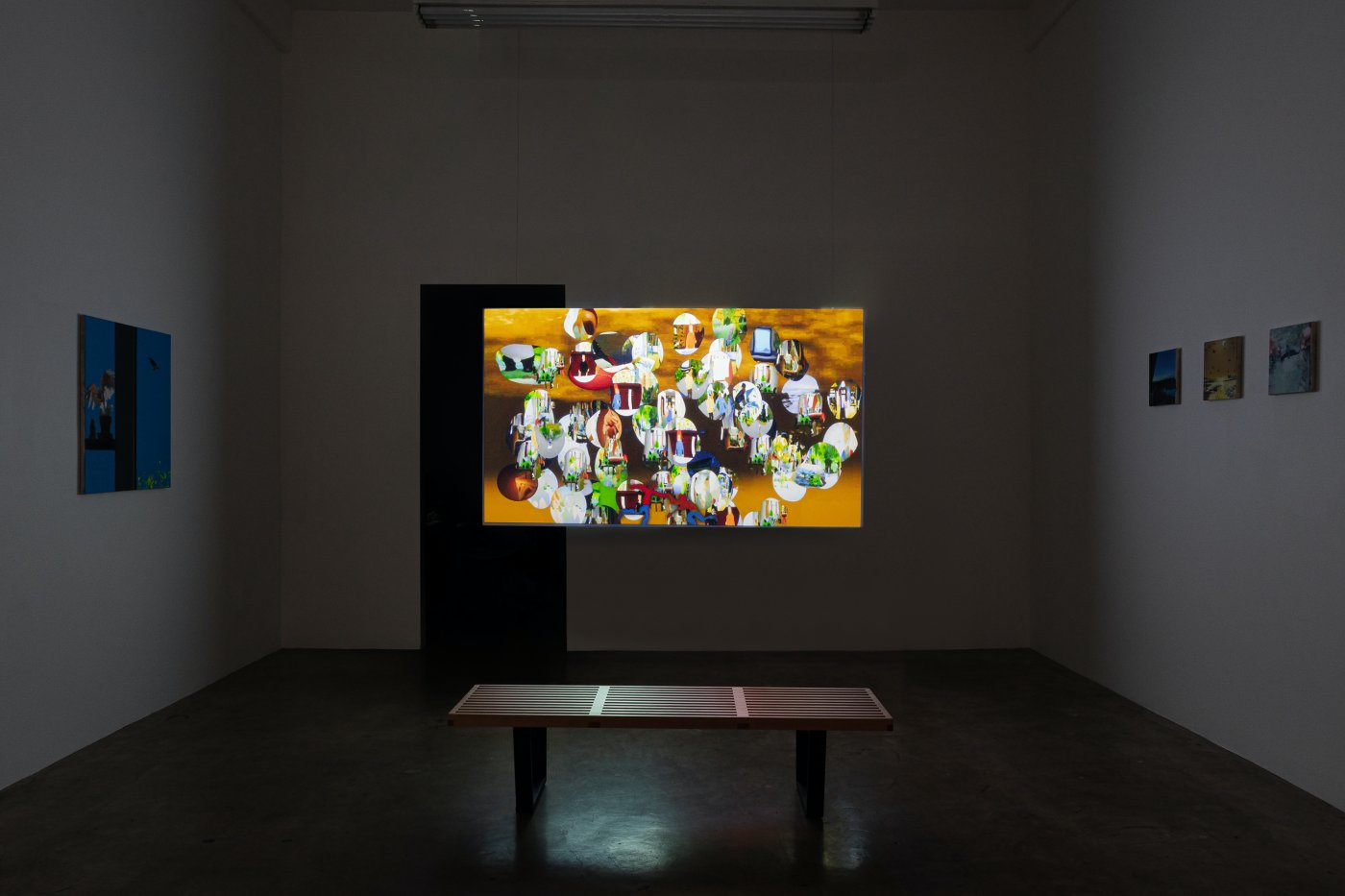 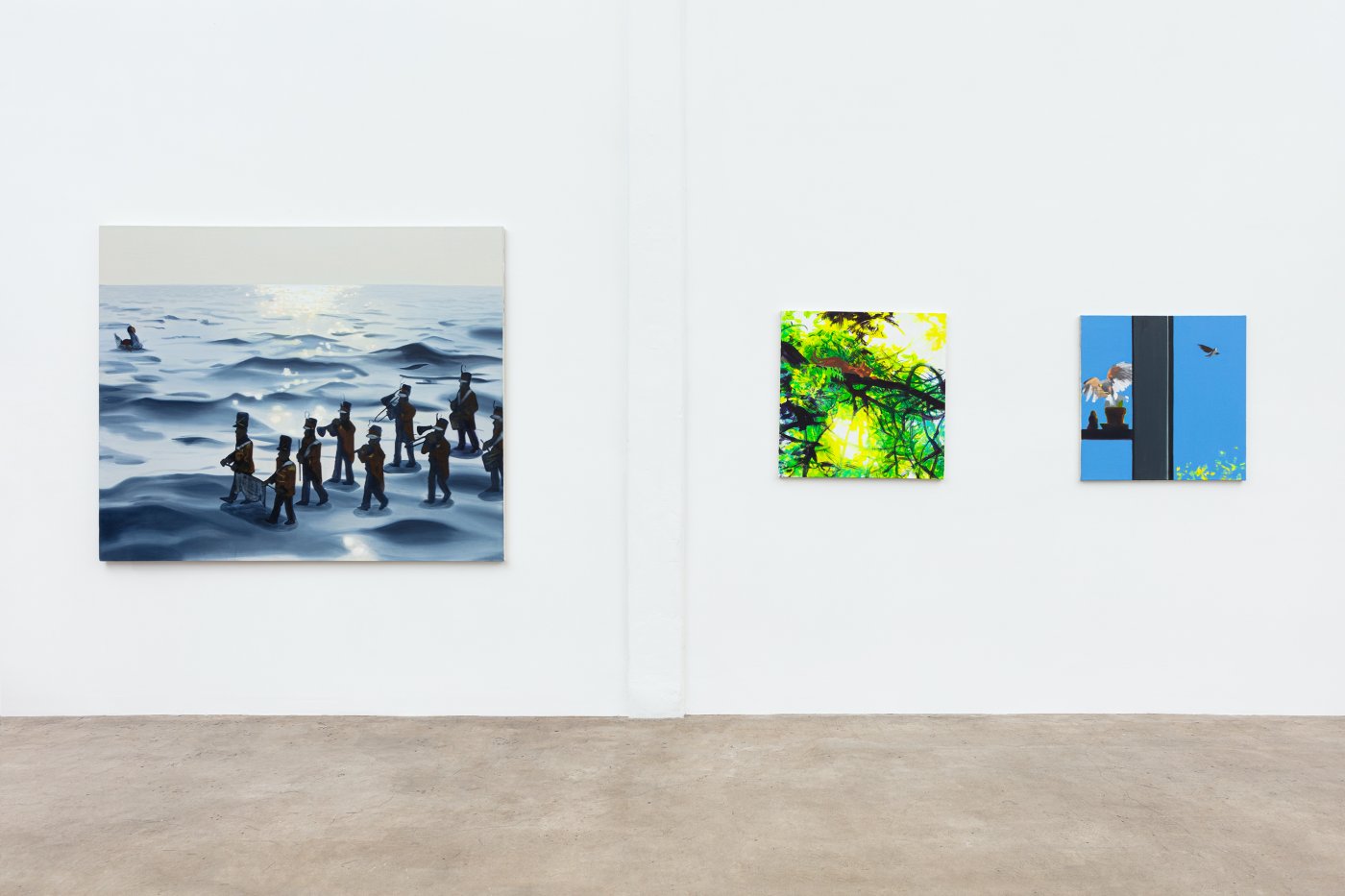 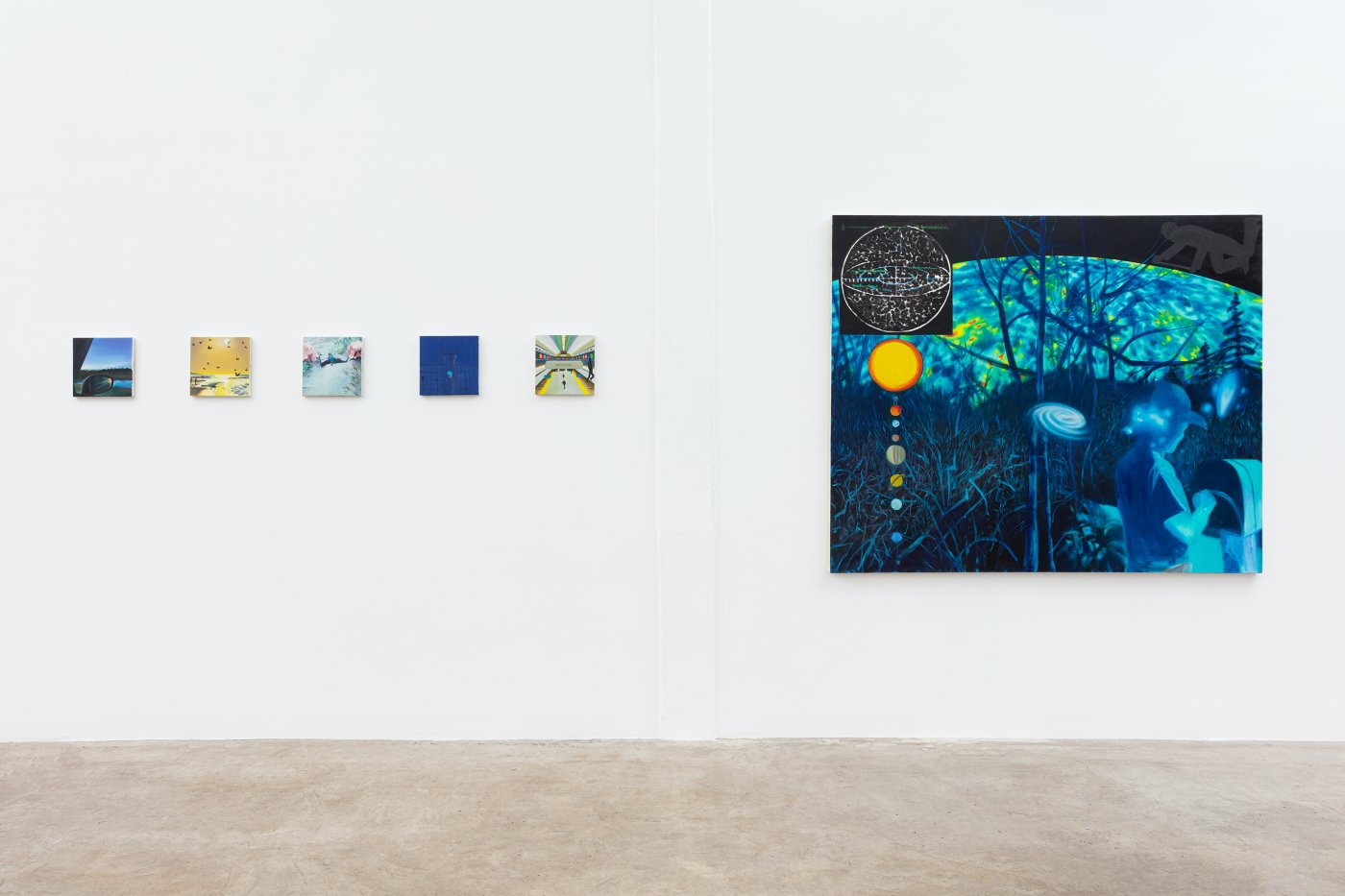 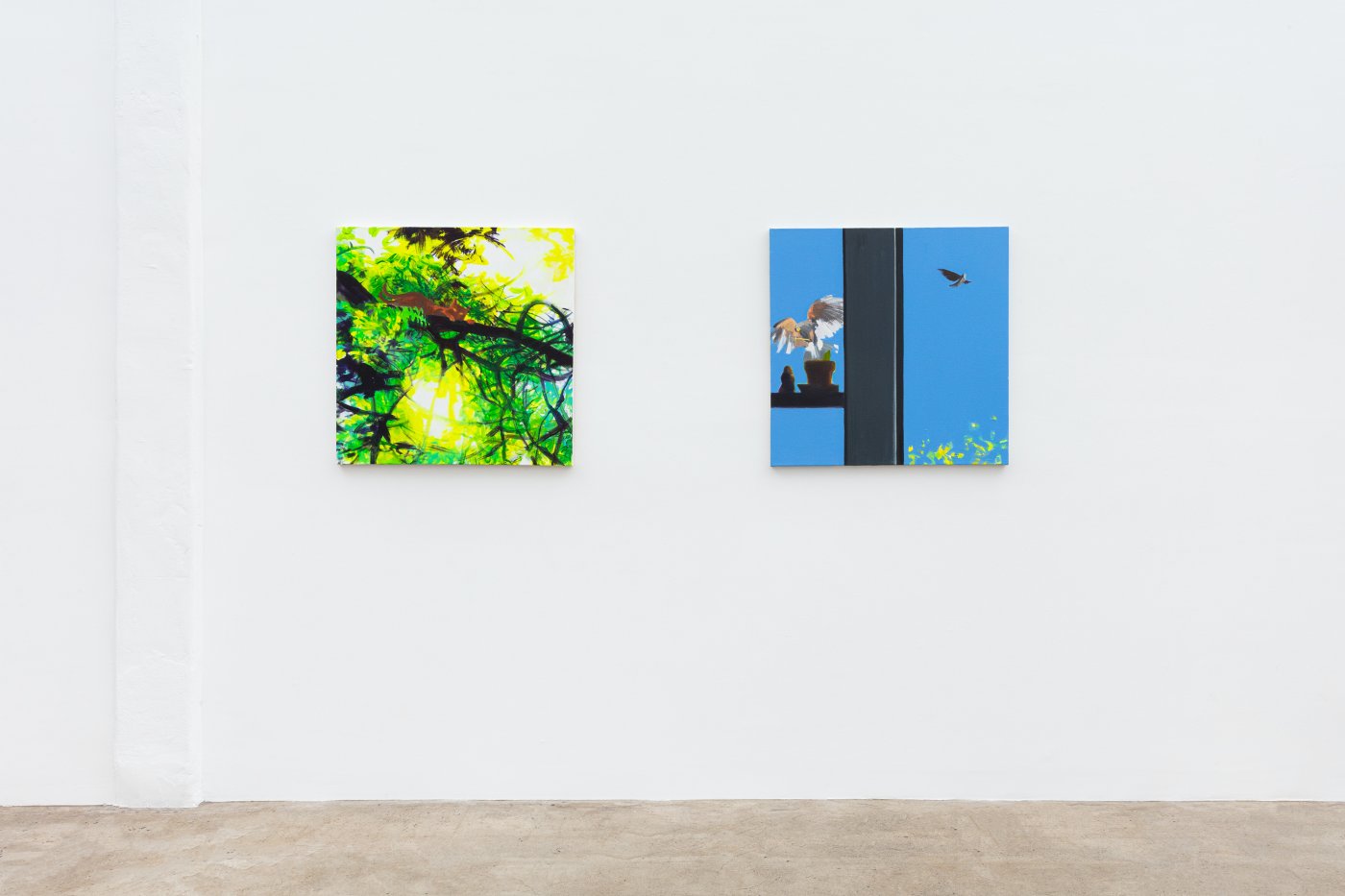 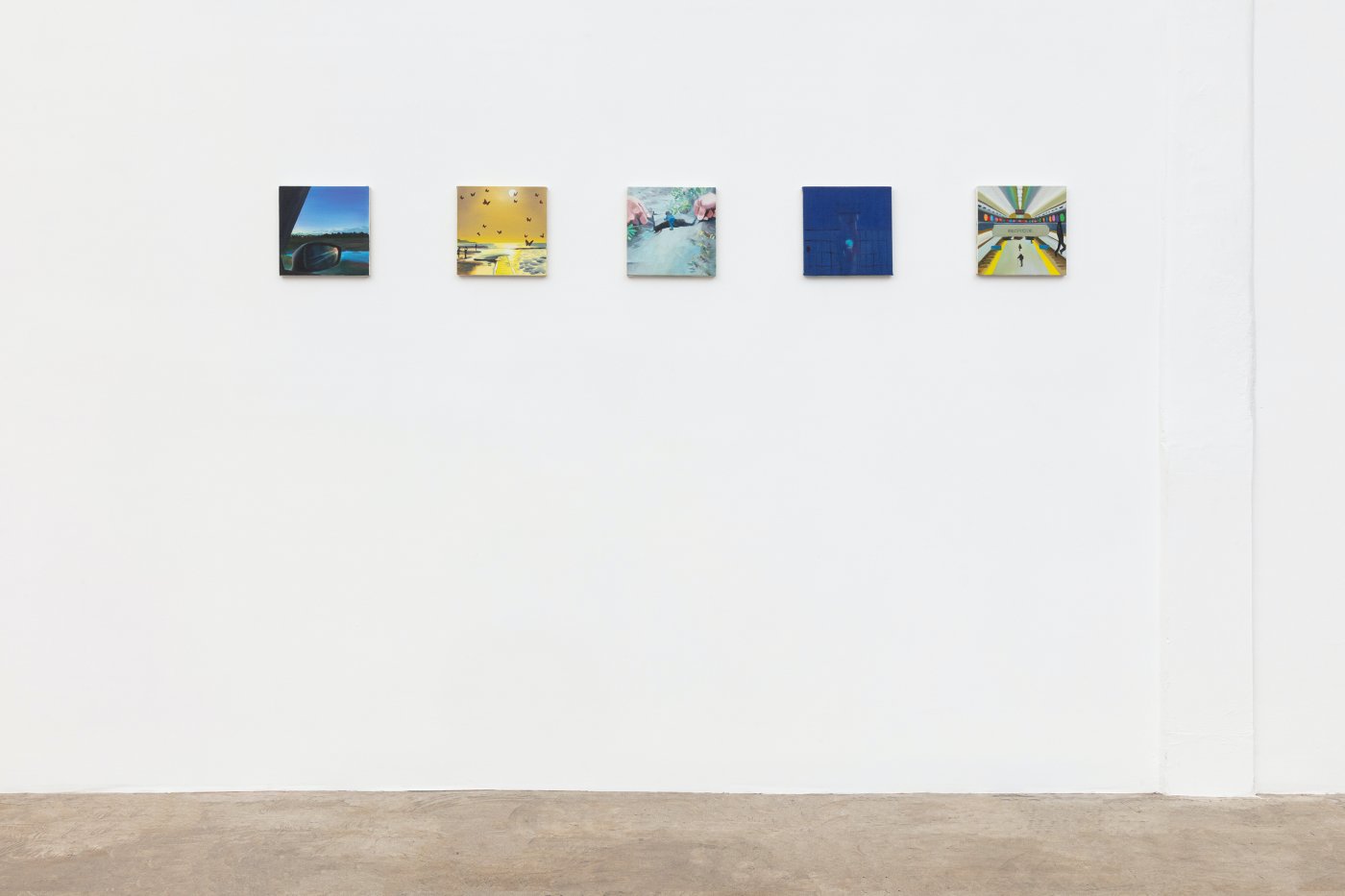 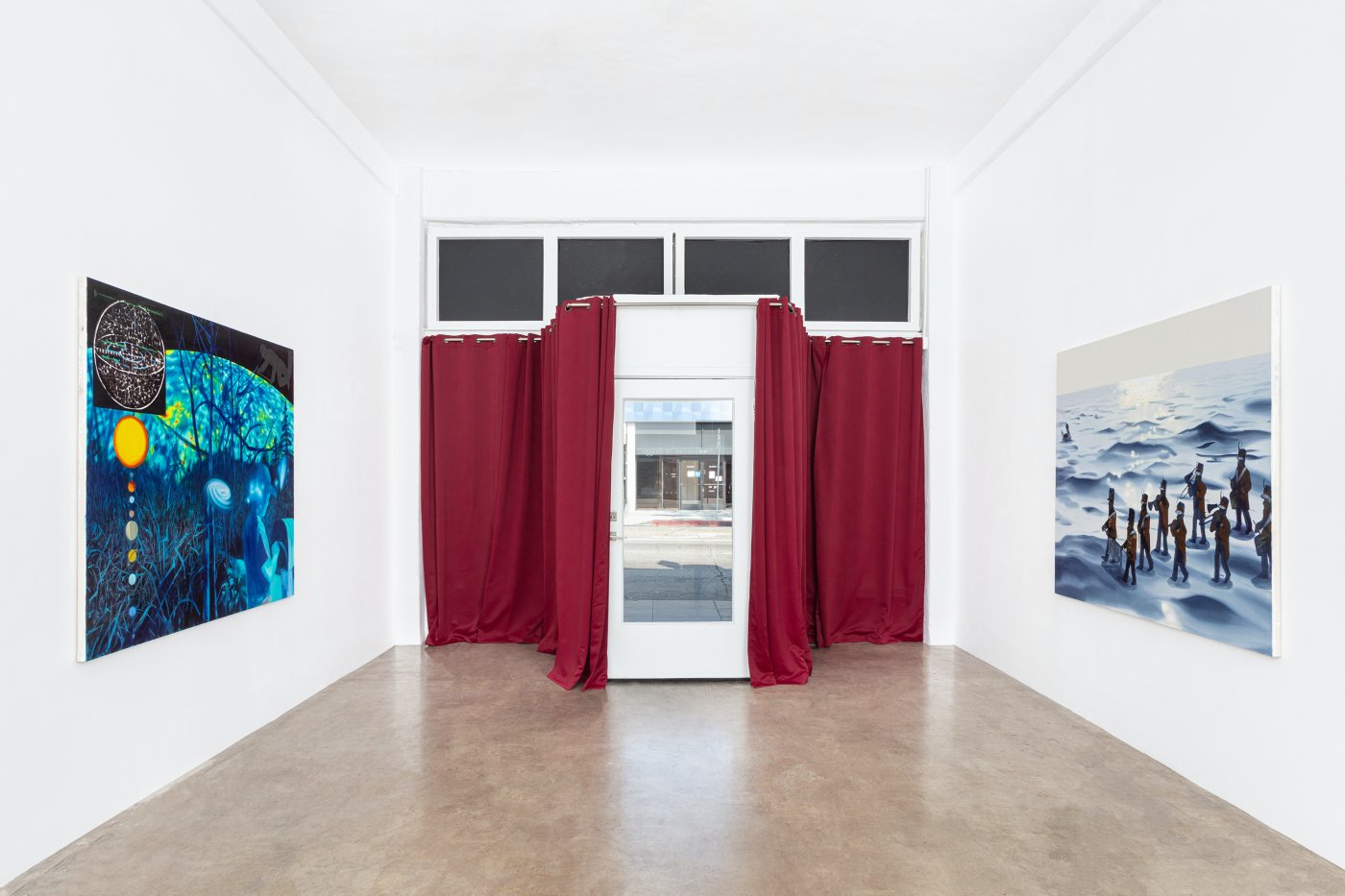 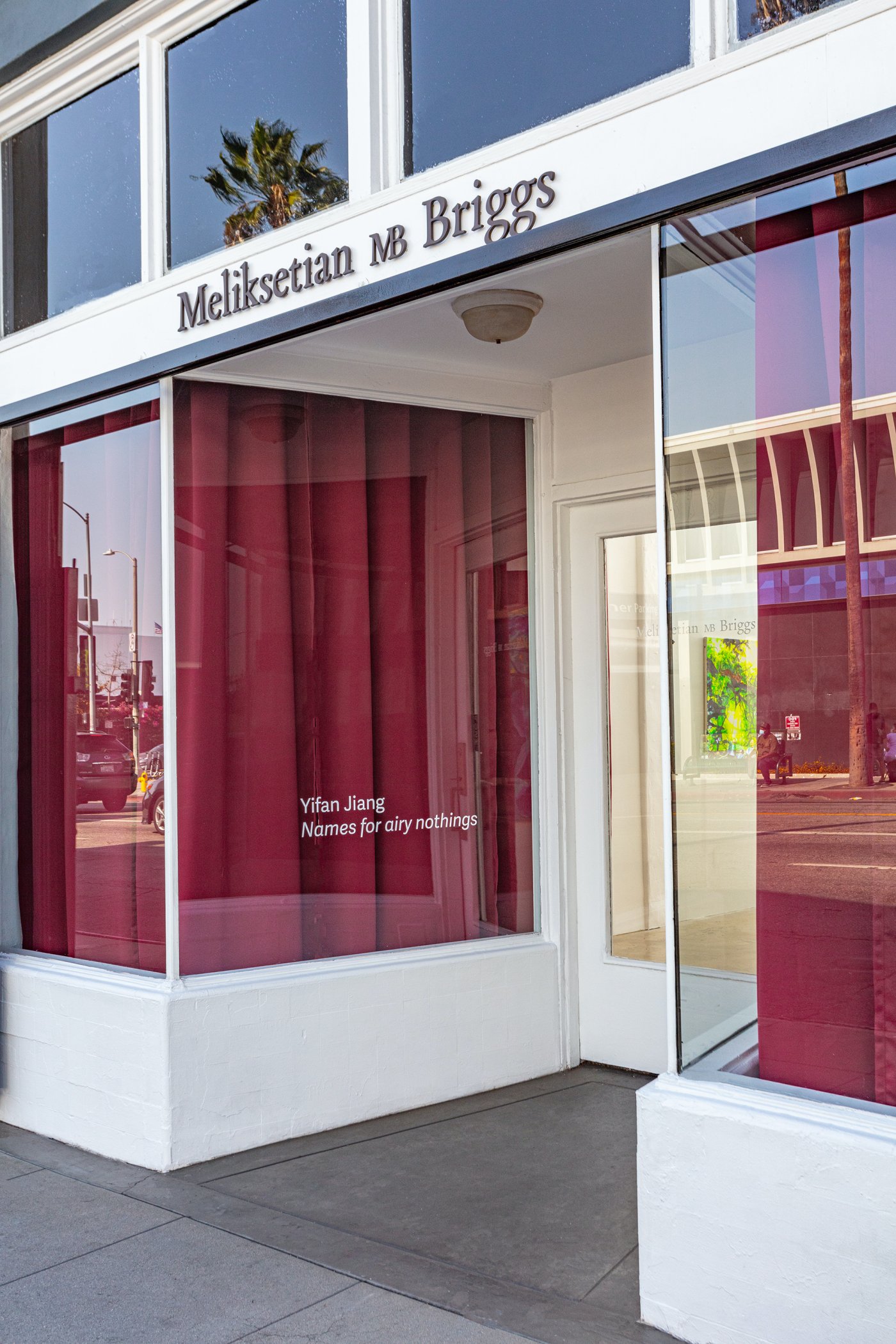 Part one of the exhibition, Medium-sized dry goods examined the middle layer of objects that we are supposedly at home with. The range of everyday things and phenomena whose sizes range between a speck of dust and a mountain range. Much beyond that size range, in either direction, our senses and understanding are at sea. For the second part of the two part show, Names for airy nothings, we leave our native neighborhood of existence and venture out to sea, boarding a ship woven from words and abstraction.

Language allows us to travel beyond our senses. By classification and abstraction, we are able to look phenomena that are too big, too small, or too ephemeral in the eye.

“The forms of things unknown, the poet’s pen

Turns them to shapes and gives to airy nothing

A local habitation and a name.”

The painting, Cosmic Address, is puzzled together using images that attempt to give form to immense objects like the Virgo Supercluster or the Observable Universe. It indicates our location in the universe, in case the aliens want to send us something.

The paintings are an irrelevant drift across strings of associations, a psychological landscape where the mosaic of words shares more resemblance to the structure of dreams. With slippery hands, language is trying to grasp the slippery tail of experience. But let’s not pretend that feeling its tail is the same as holding it captive. By giving something a name we inevitably simplify it. To speak of the unspeakable, we must overlook the tremendous gulf between language and reality.

Our view of the world and each other is always filtered through the lens of language. This layer of abstraction affects the way in which we interact among ourselves therefore affects the shape of organized human life. The video animation One Sunday morning is a fable-esque thought experiment exploring the limits of language and human empathy. The story begins with humanity’s sudden loss of language on one unsuspecting Sunday morning. Set in a parallel universe that is a magical realist rerendering of our contemporary reality, the lives of the two protagonists pushes these questions to the breaking point. What did we humans gain from language and at what cost? The depth and territory of commutables determine who we are as individuals and what we are as a collective. Don’t look down. We are beings that live on top of dizzying towers of abstraction on top of abstraction on top of abstraction…

Yifan Jiang (b. 1994, Tianjin, China) is a Canadian artist currently based in New York City. Jiang received her MFA from Columbia University, New York and her BFA from Emily Carr University of Art and Design, Vancouver. Jiang is a conceptually driven, project-based artist who works across painting, animation, sculpture, and performance. She creates images and narratives by weaving together personal experiences with seemingly unrelated elements across multiple cultures and disciplines. By honing in on banal moments, Jiang explores the grey intersections of the scientific, the psychological, and the magical. Jiang’s work has been featured internationally in the contexts of galleries, museums and film festivals.

Her work was featured in the Public Art Fund’s Art on the Grid project across New York City in Summer 2020 and most recently her performance work was included in the exhibition In Response: We Fight to Build a Free World at the Jewish Museum, New York City. Her animations have been a part of the London International Animation Festival, as well as the Commiserate Media Art Festival in Chicago among others.