Futuristic signs within objects possessing multiple eyes and sensory organs; Possibilities and potential worlds permitting “new eyes” capable of seeing different dimensions; Allusions to a not-too-distant “superconnected society” through compositions of networks linking objects, bodies, and machines; Futuristic objects conveying senses of comfort and healing with a thousand hands and eyes; A new series of over 20 works by Yangachi, an artist who has explored the realm and nature of media for over 20 years

Barakat Contemporary presents Galaxy Express, a solo exhibition by the artist Yangachi. “Galaxy” is a theme that Yangachi has continuously explored in his work, and with Galaxy Express – his first solo exhibition in three years – he presents a future anterior world view consisting of networks of objects absent of distinctions of “subject” and “object,” “body” and “thing,” or “natural” and “artificial.” 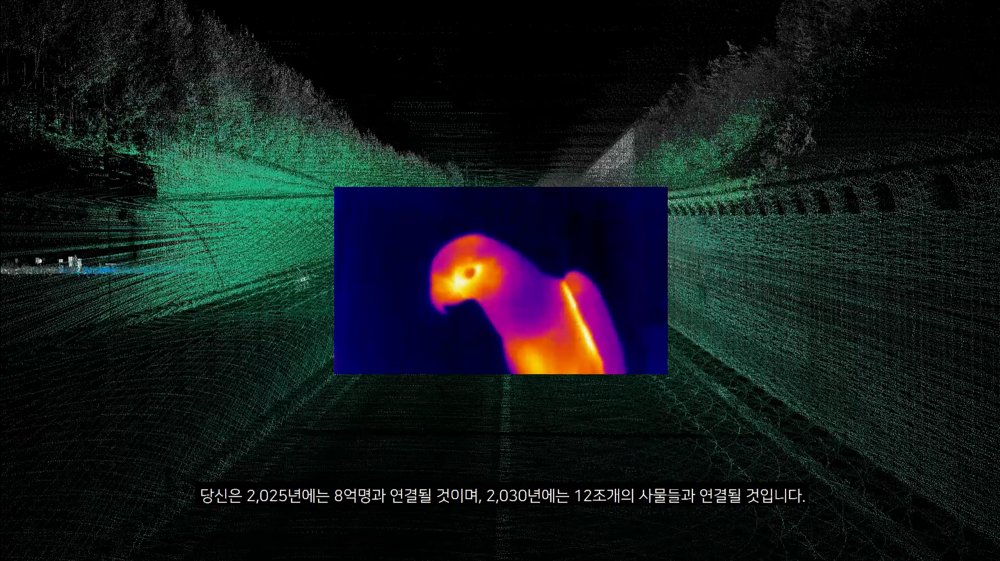 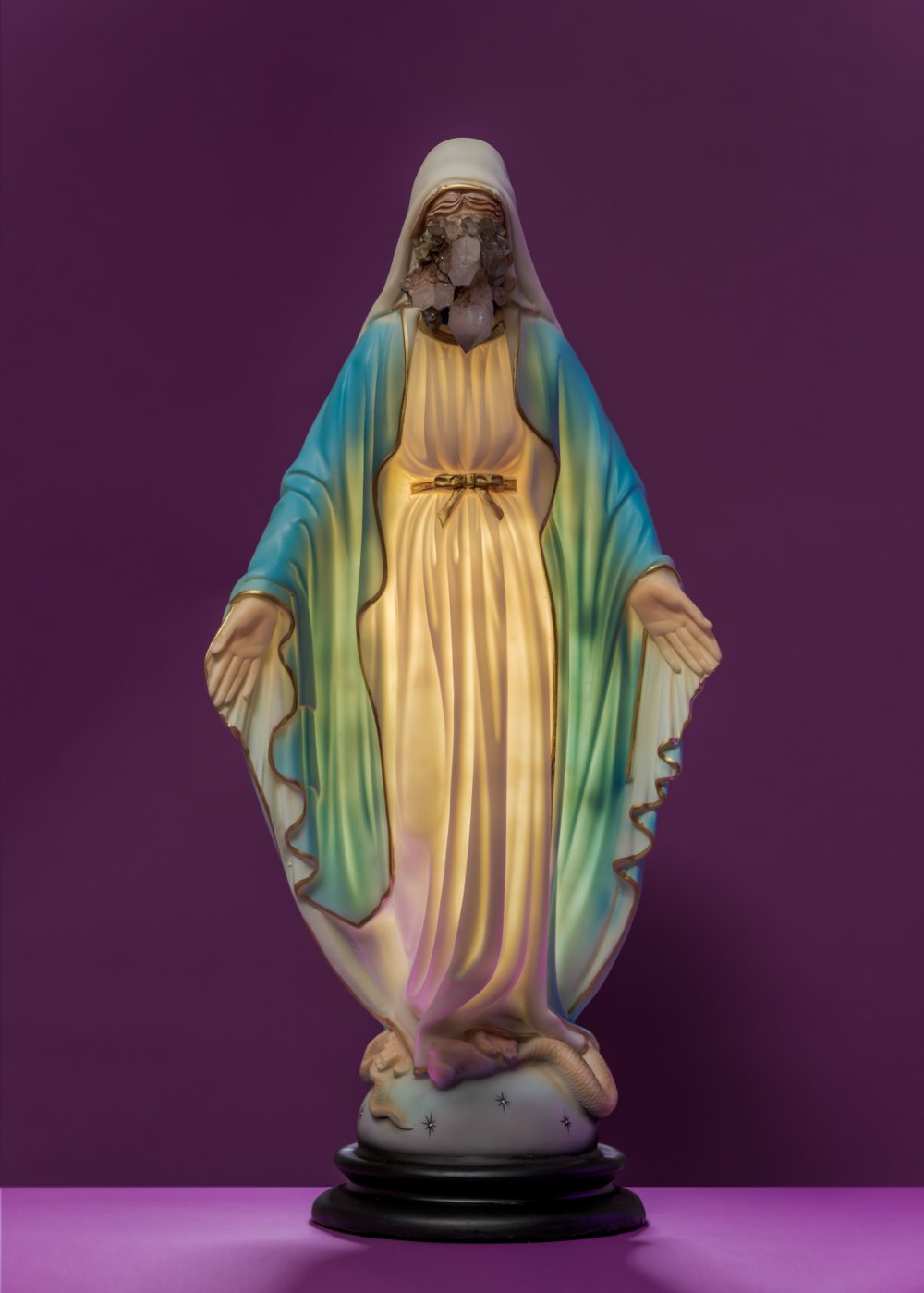 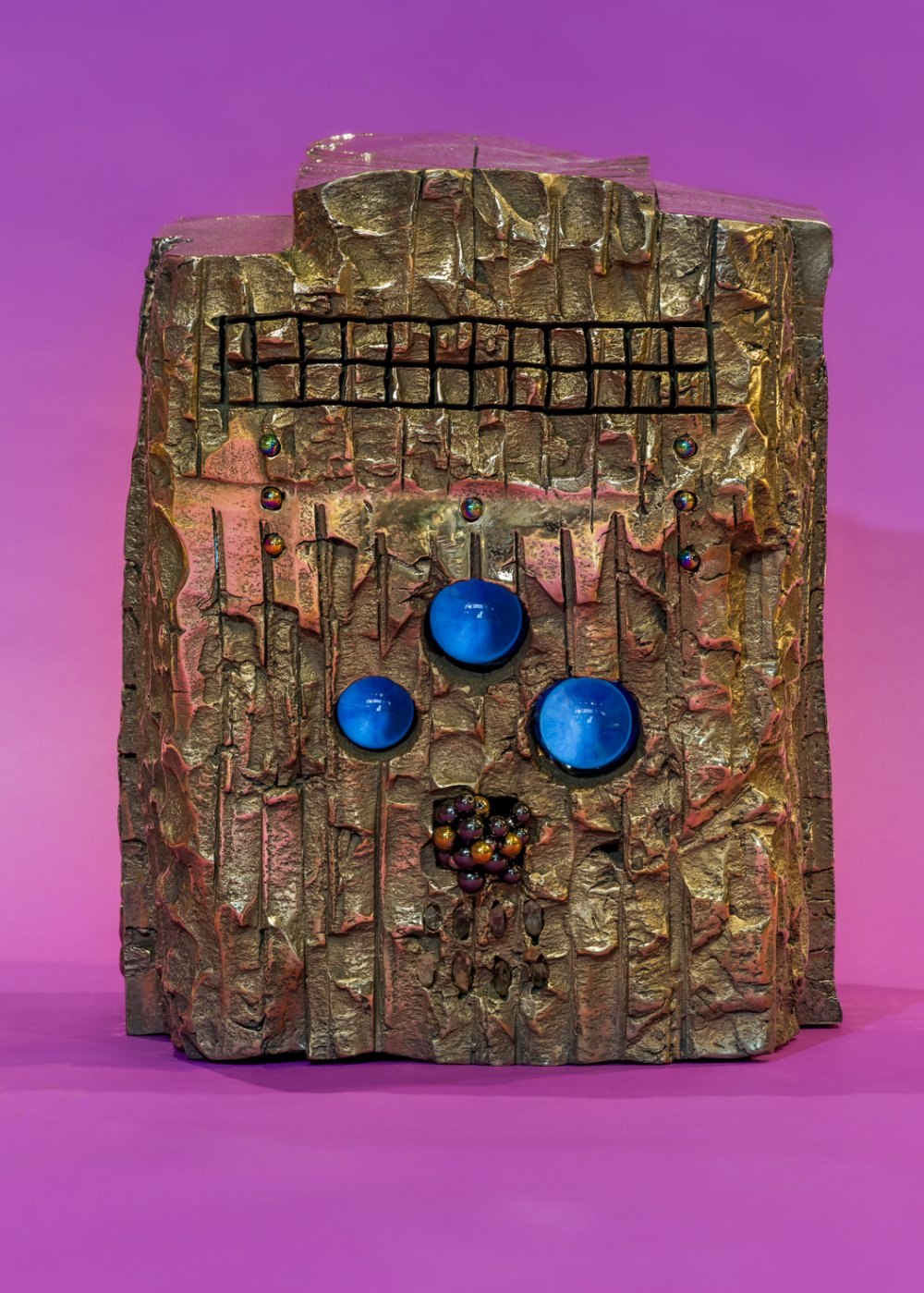 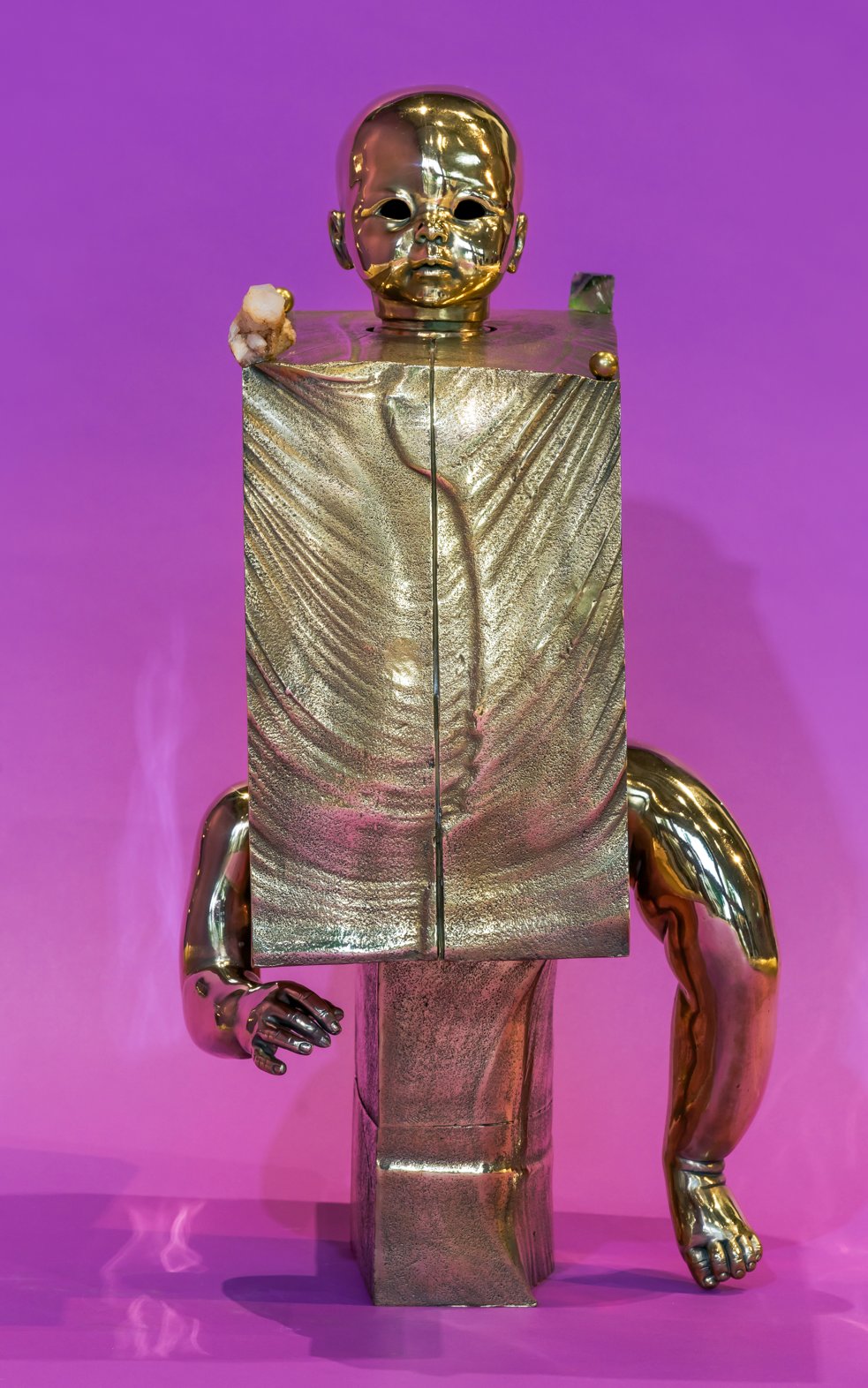 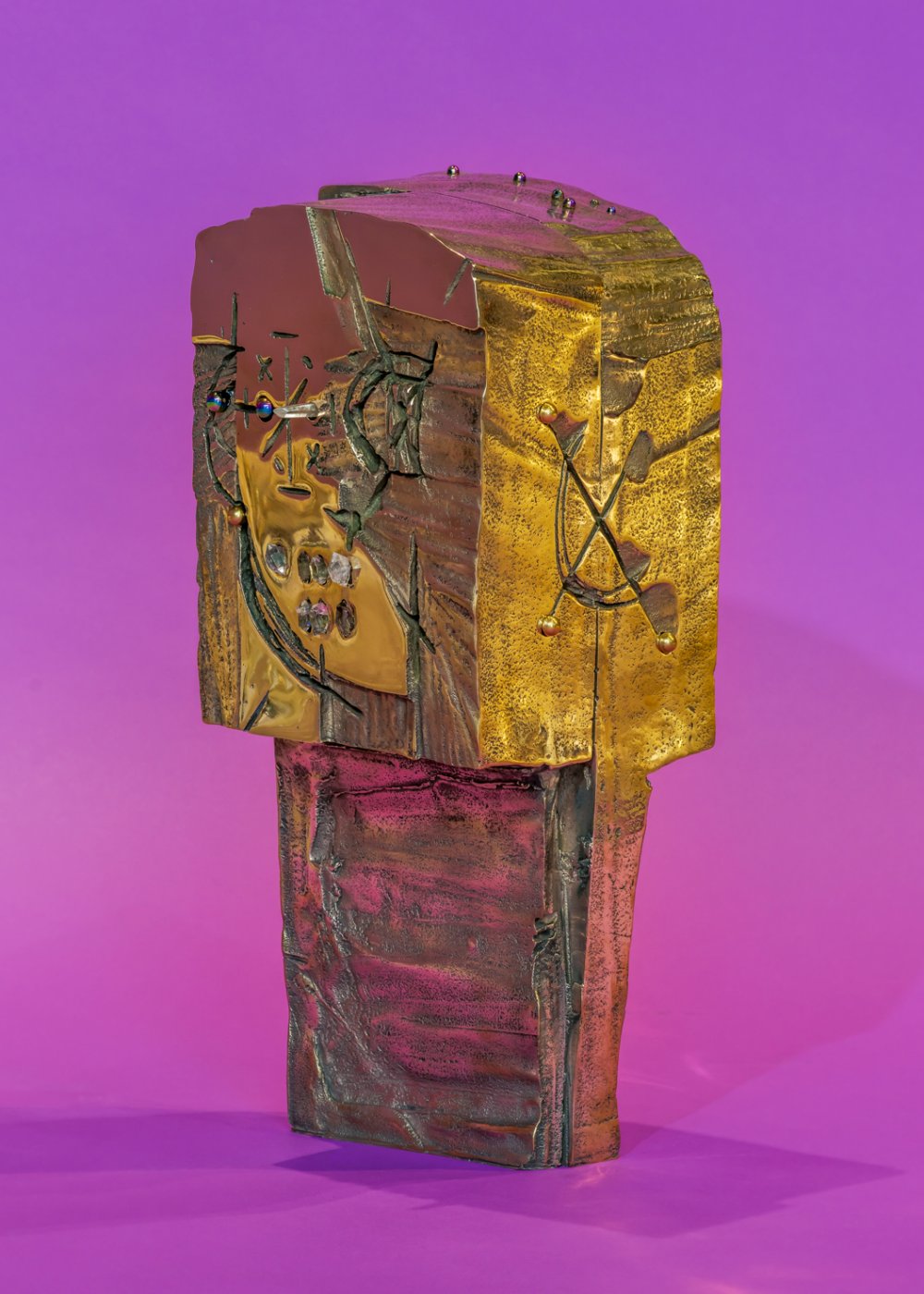 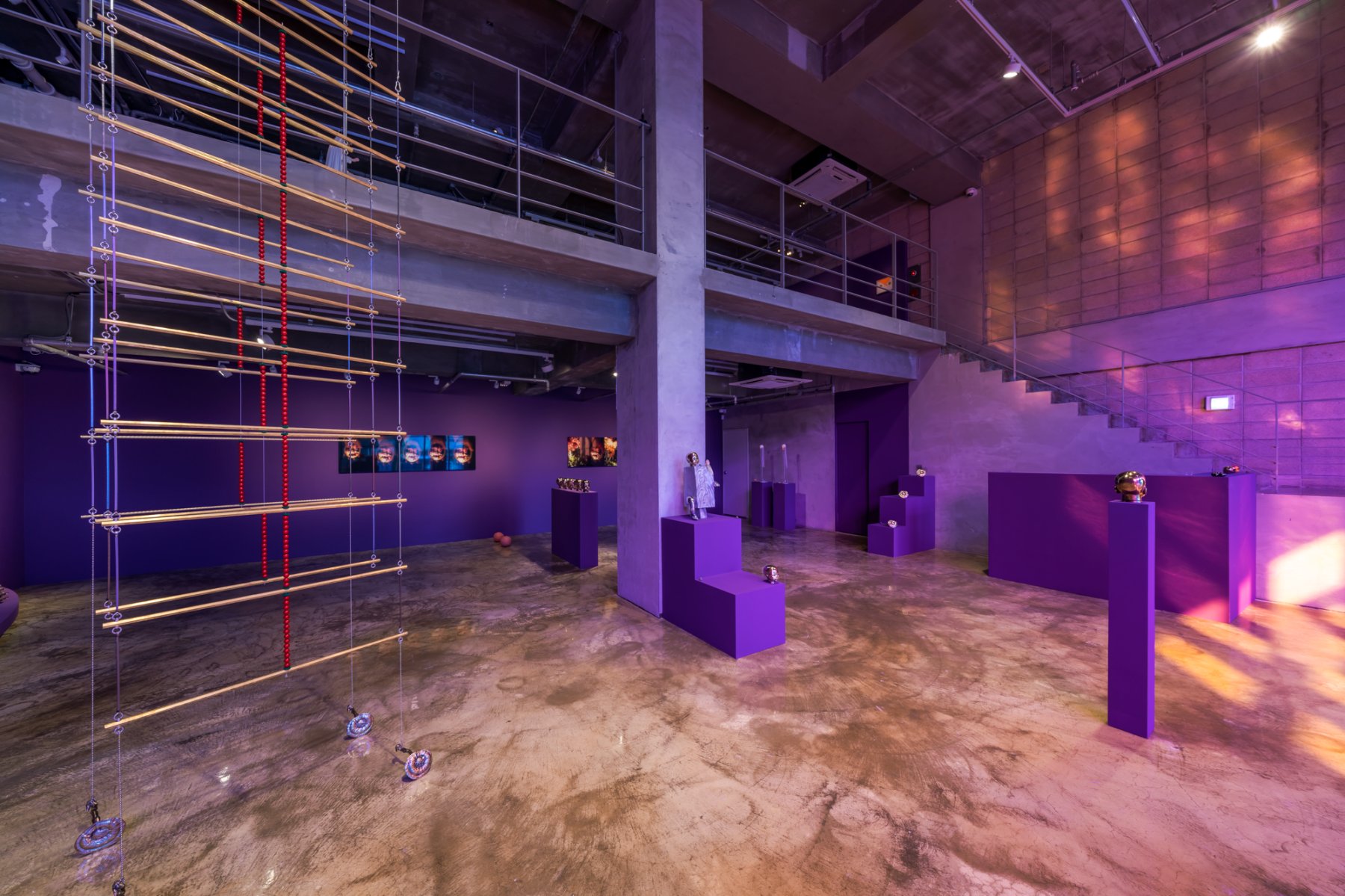 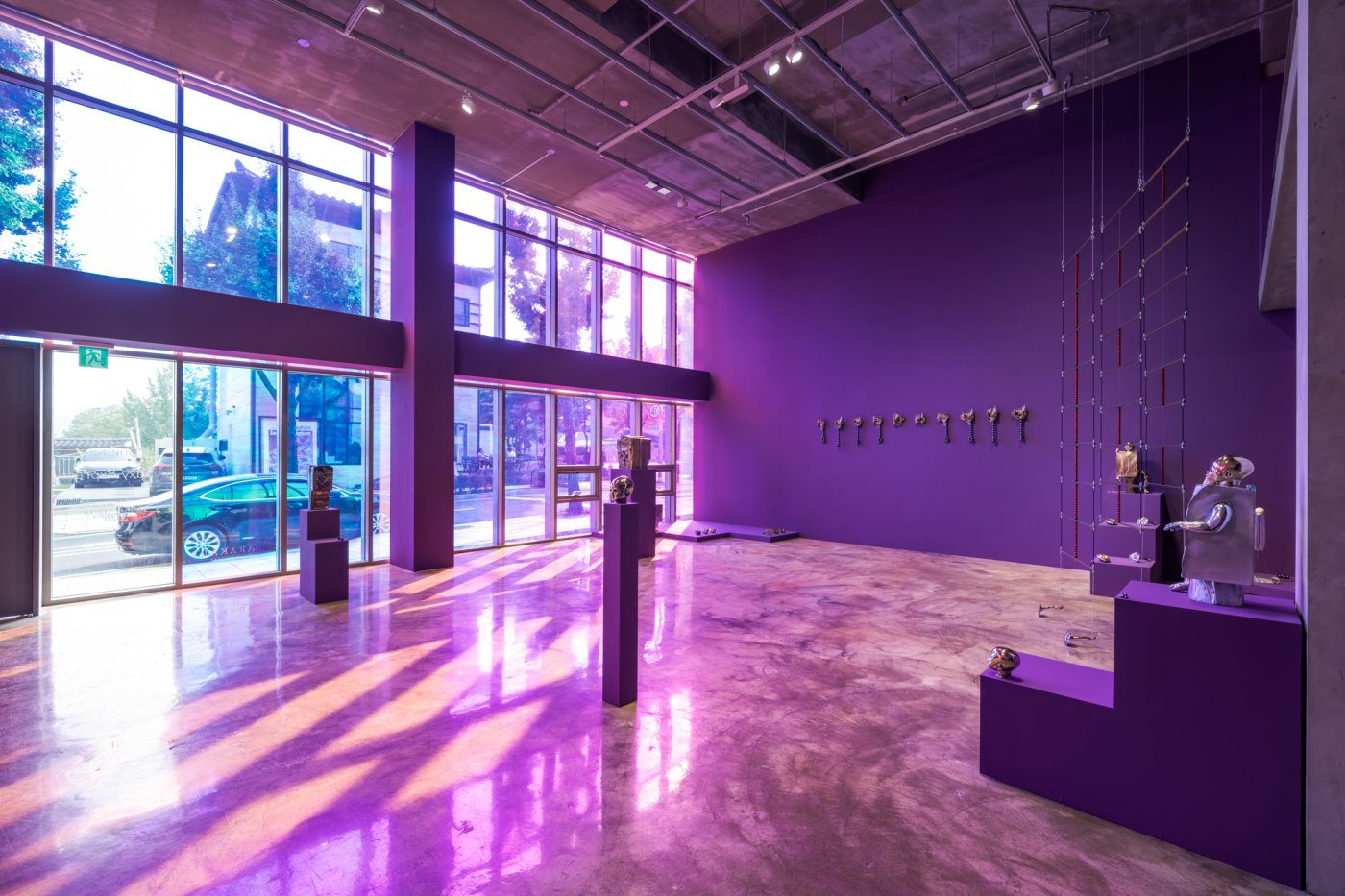 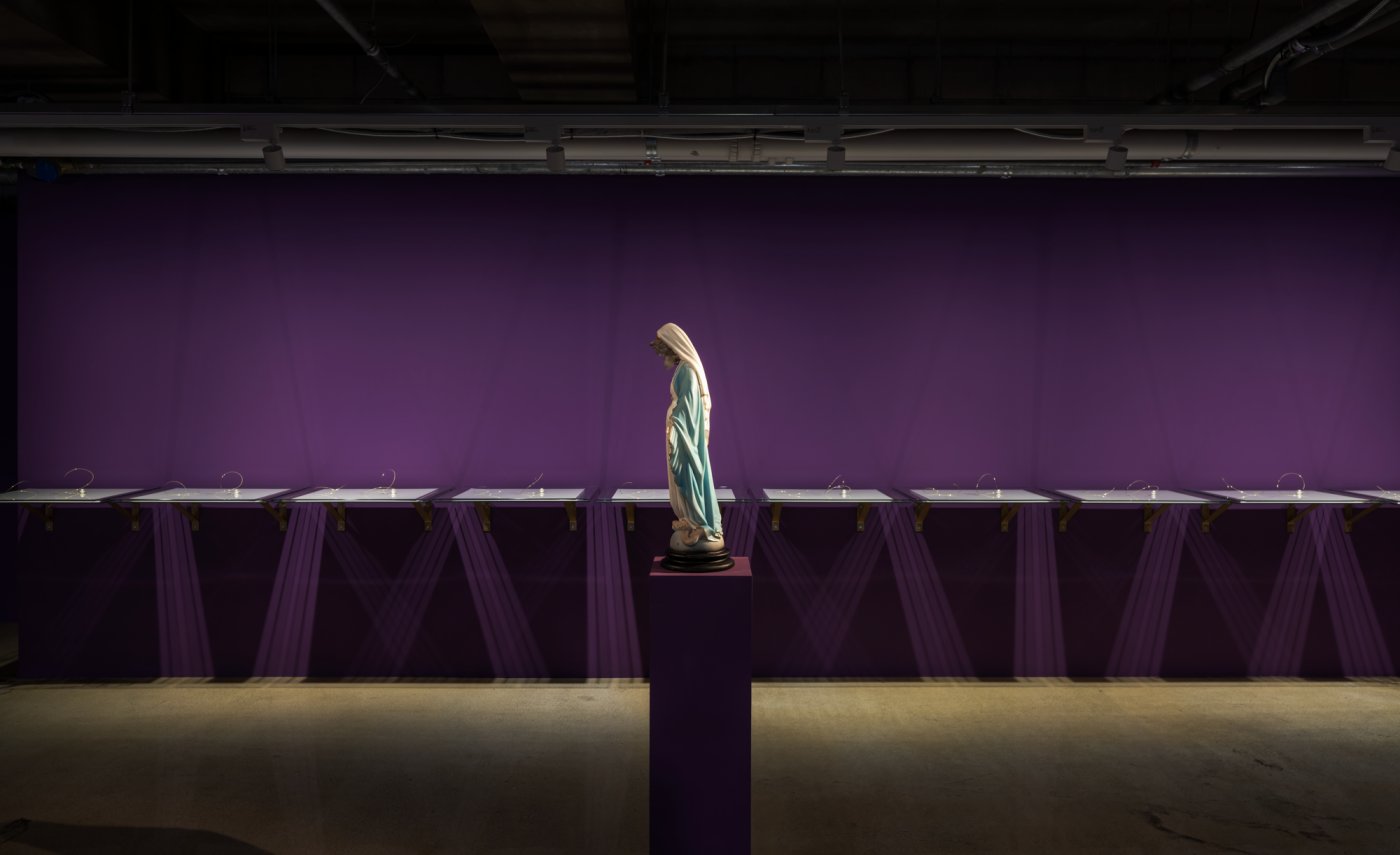 One of Korea’s representative media artists, Yangachi has shared new possibilities for media since his web-based work of the early 2000s, adopting a critical perspective toward the social and political influences that lie beneath them. He has also branched out from typical art forms to experiment with his own formative language in collaboration with experts from different fields, including music, dance, architecture, and literature.

Galaxy Express, the exhibition being presented by Barakat Contemporary, metaphorically expresses a world akin to a constellation of celestial bodies in space held together by the attraction of their mutual gravity, where nature, humanity,
objects, machines, and other things maintain an equal balance through their mutual influence. Imagining a not-too-distant future poised to evolve as a result of new technologies such as 5G, the Internet of Things, big data, artificial intelligence, and robots, the artist has created a world of multiple networks formed through unexpected combinations of objects.

With their mixtures of allegorical and religious symbols, Yangachi’s works are arranged into forms bearing multiple eyes and organs. These objects represent a fissure of time between past, present, and future, the intersection of this world and that, a crossroads of materiality and non-materiality – a place between the real and virtual without clear boundaries such as those distinguishing the organic from the non-organic. In short, Galaxy Express presents a world of possibility, an invisible potential world beyond the limits of perception that we might be able to survey if we had eyes capable of seeing multiple dimensions.

Cloud Nine, the work at the center of Galaxy Express, consists of unpredictable items like the online images on a data network. They herald a “superconnected society” in which humans, objects, and machinery are all linked together through new technology. The brass material used for the objects was chosen based on the fact that the internet – something we view as abstract – is actually connected by metal wires linking continents via the ocean floor. Broadcasts transmitted over radio frequencies expand the work into the realm of the nonvisible as they share the sounds of comets and other noises derived from space.

Metal sculptures such as Sartre, Crosseyed, 10-eyes, Thing and Sartre, Connected, Body, Thing possess several sets of pupils, while the work 10 Mudras, Connected, Thing (modeled from the hands of a Buddhist statue) and Our Lady of Fatima, 1,000-eyes, Thing (an icon of the Virgin Mary) have numerous objects attached that symbolize expanded eyes. Bodies combined with the expanded eyes found in numerous myths and religions – the Thousand-Armed Avalokiteśvara tending to the suffering with 1,000 hands and 1,000 eyes, the all-seeing mythical Greek giant Argos with 100 eyes covering his body, and four beings from the Bible covered front and back in eyes – are symbols of awe that simultaneously call to mind surveillance cameras observing us in different settings, or cyborgs expanding their bodies by combining with machinery.

The video work Galaxy Express presents us with a video image created with “new eyes” that differ from human ones, including thermal imaging and radar cameras. The radar camera in particular disrupts the realm of perception as we know it, creating images “filmed” through data alone, without a lens. Your New Eyes, a crystalline lens that visitors can pick up and observe the gallery through, permits us the symbolic experience of a different dimension of perception only accessible through a “new eye.”

Having delved into the territory and essence of media over the past 20 years and explored its underlying depths, Yangachi uses this exhibition to further broaden the “field” of media that has been the focus of his experiments. As an artist who has tackled the infinite possibilities of media with a focus on uncertain processes rather than clear results – artwork that has expanded beyond visually centered media art to incorporate online networks and social linkages; storytelling that has achieved political engagement and the creation of virtual realms through media; expansions of perceptual words such as hearing and touch; and experiments with hypnosis and spirit possession mediated through the body – he has returned to “networks of objects” incorporating material qualities.

The body-as-media (at once body and object) in Yangachi’s Galaxy Express operates as primal media, a magical technology that connects this world with that one, as a medium linking different dimensions. Metallic yet warm, odd yet beautiful, evocative of new technology yet also spiritual, his artwork seems to represent a critical dystopia, but he presents us with multidimensional worlds that offer a comforting and healing touch. Creating intermediate domains that cannot be categorized in terms of existing ideas, Yangachi’s worlds are like the story of Galaxy Express 999, traveling through different planets and episodes on its way toward its destination: they move ahead to a point of origin that begins to reveal itself through a synthesis of all past processes.

Yangachi (b. 1970) is a leading media artist in Korea who, starting with his web-based work in the early 2000s, has critically explored the possibilities of new media and the social, cultural, and political influences behind it. “Yangachi” is a pseudonym used by the artist (whose real name is Cho Sung Jin), the online ID used in the early stages of his work having become his moniker. Yangachi has experimented with and expanded the realm of media not only through holding exhibitions, but also through collaboration with experts in various fields including music, dance, architecture, and literature.

The artist has explored the nature of media and its various dimensions, starting with web-based work such as Yangachi Guild (2002), which compares Korea’s social and political landscape to online home shopping, and eGovernment (2003), which criticizes government surveillance, and continuing on to Middle Corea: Yangachi Episode I – III (2008-2009), which experiments with the power of storytelling by the media; Bright Dove Hyunsook (2010), where he explores the interfaces between virtual and real space by capturing urban performances via CCTV; and When Two Galaxies Merge (2017), an attempt at bringing together two different worlds.