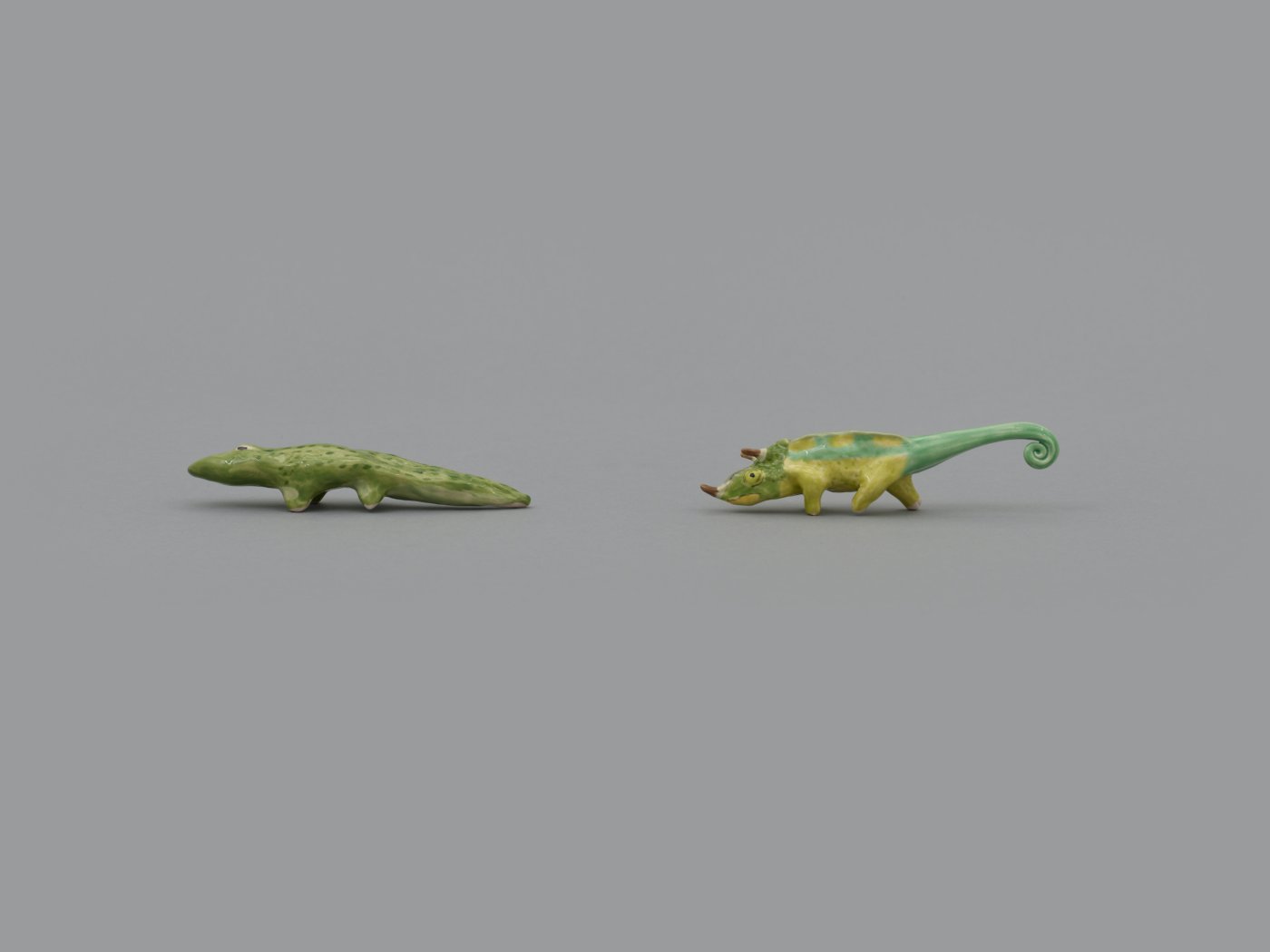 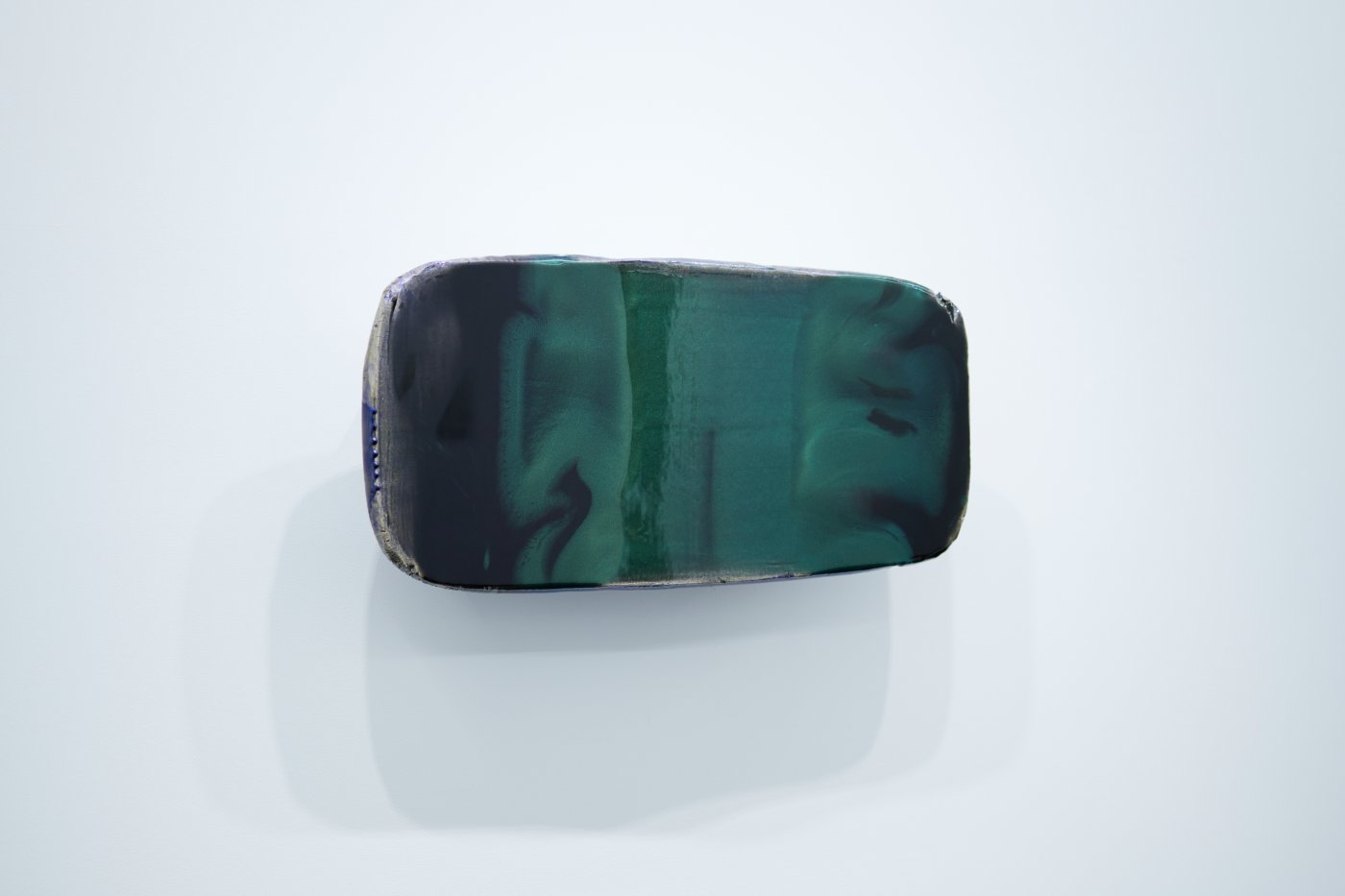 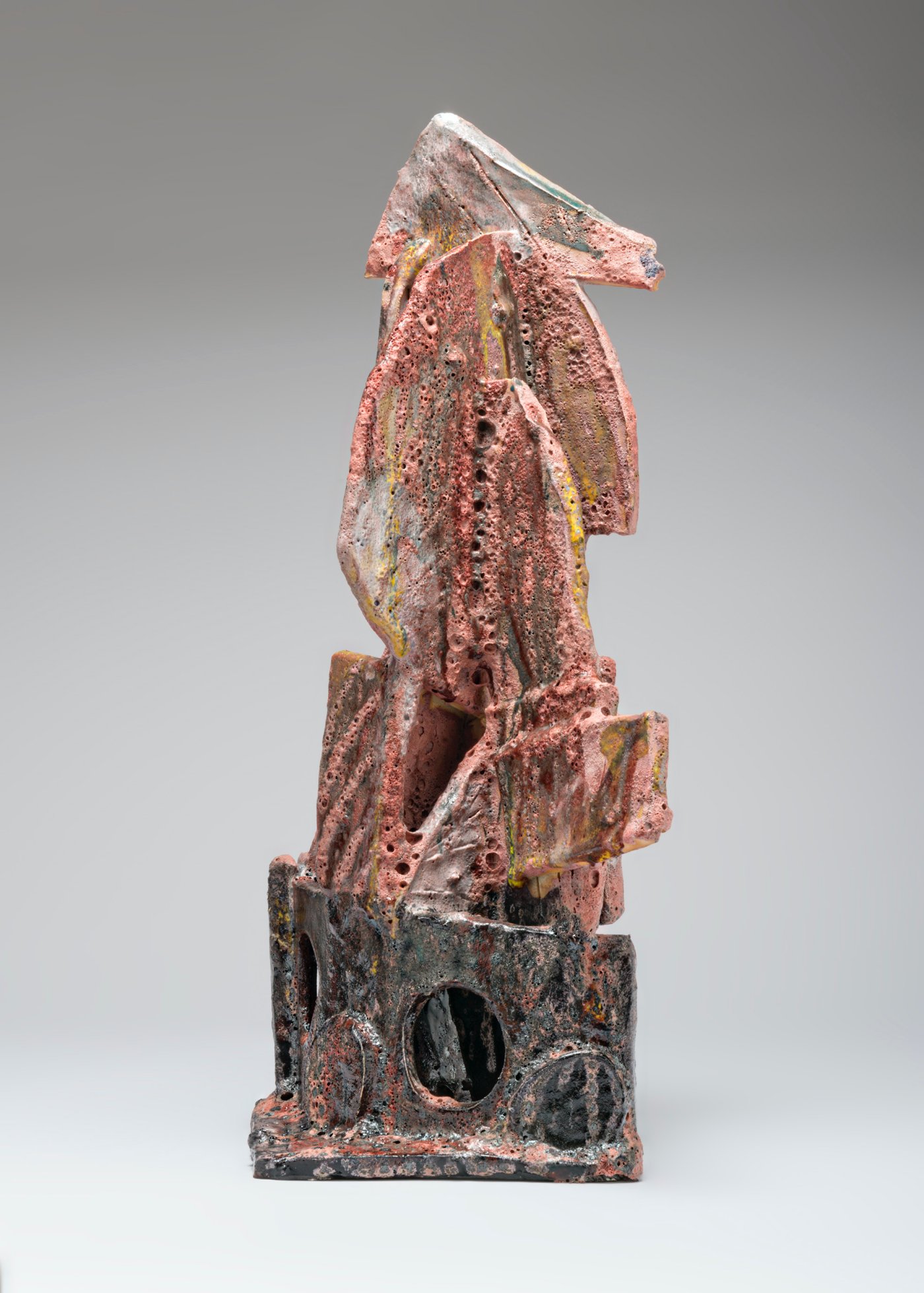 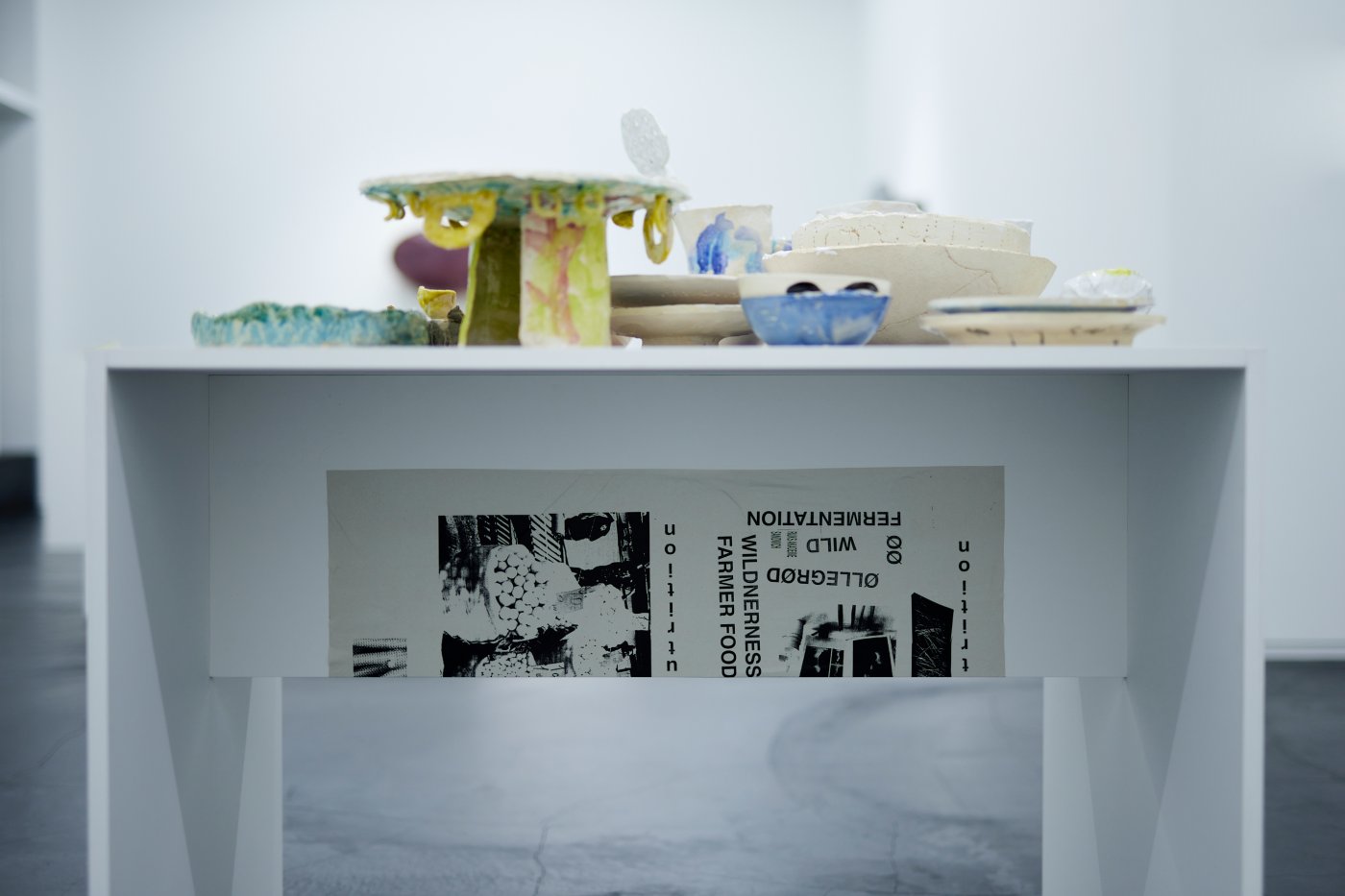 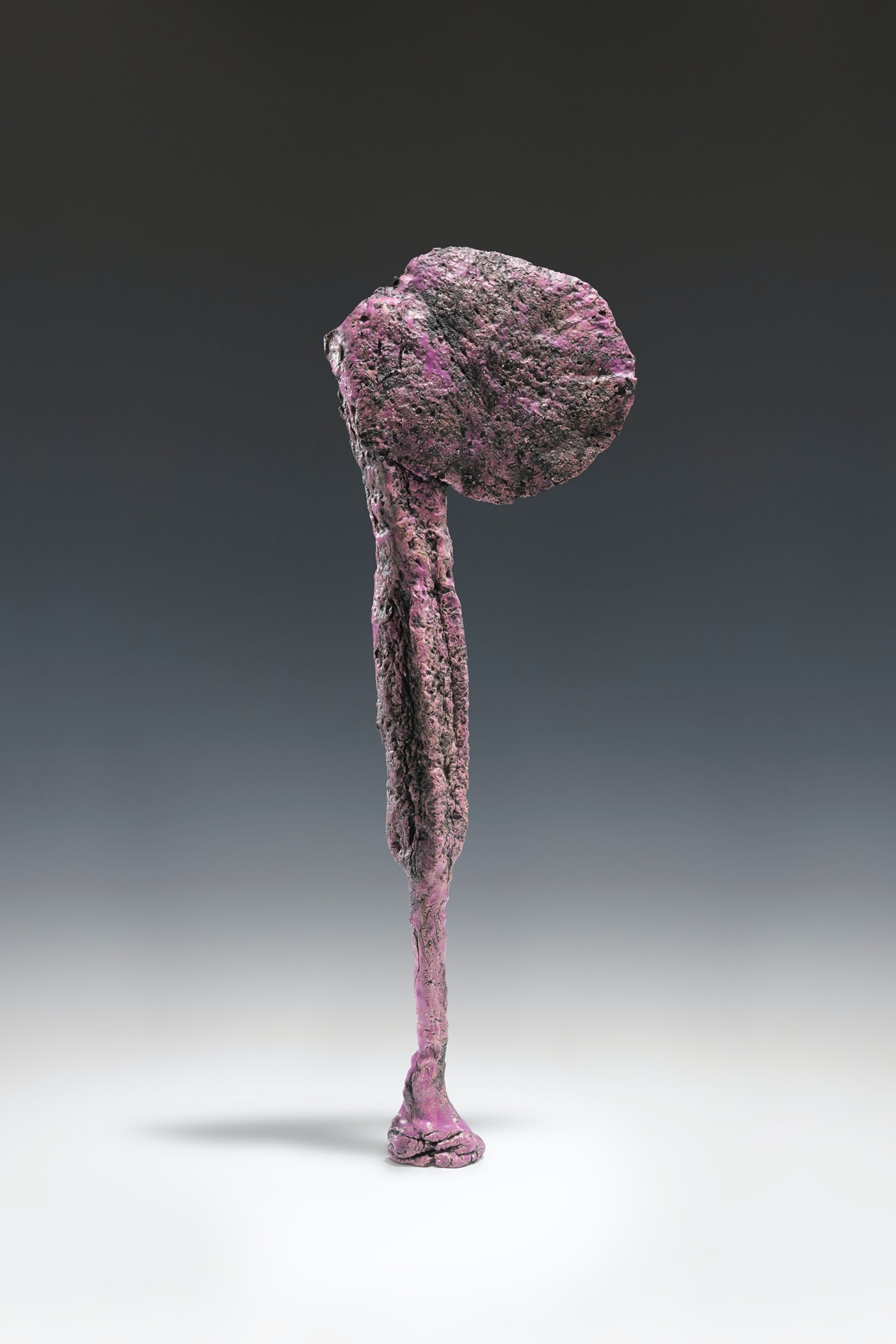 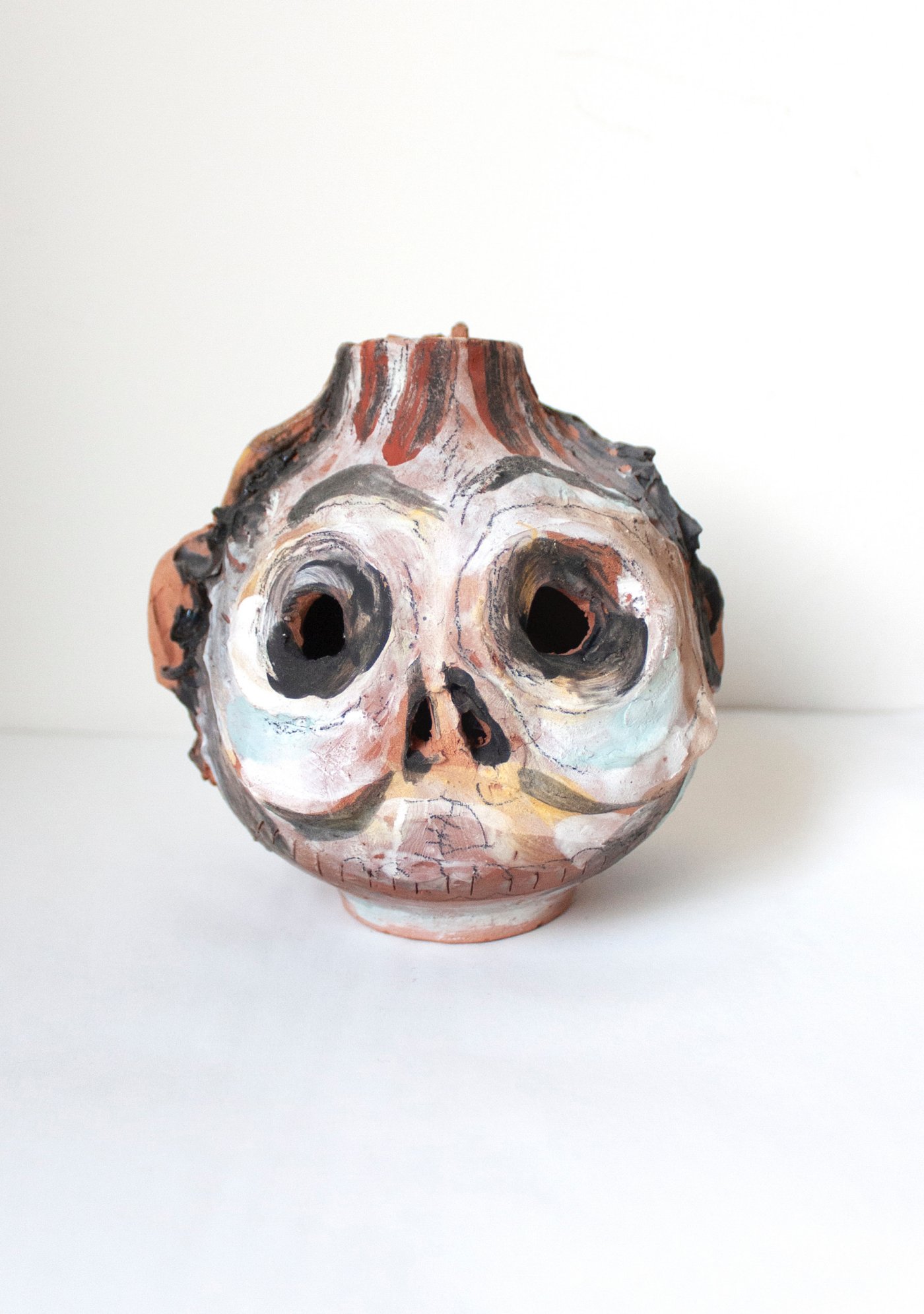 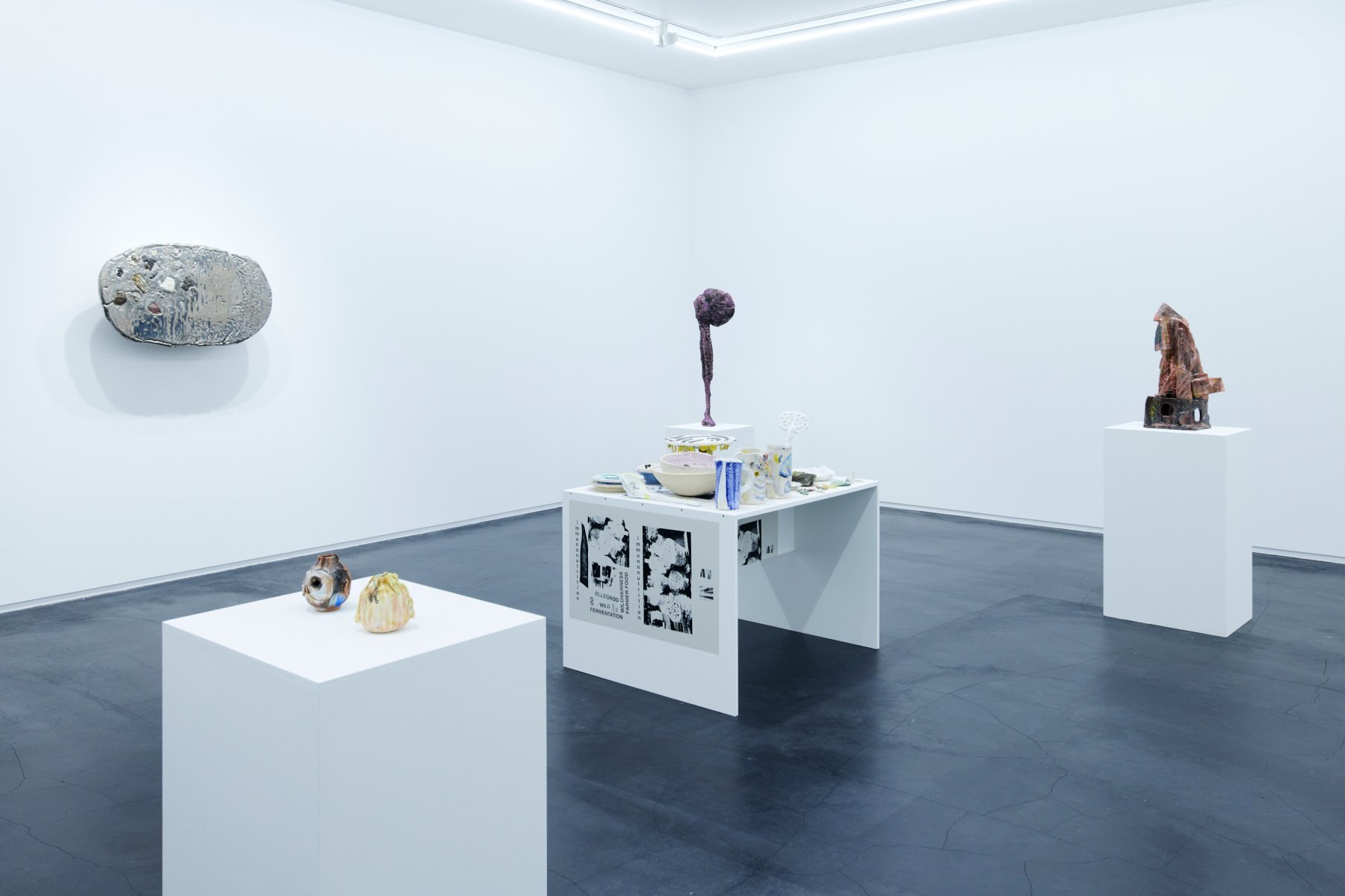 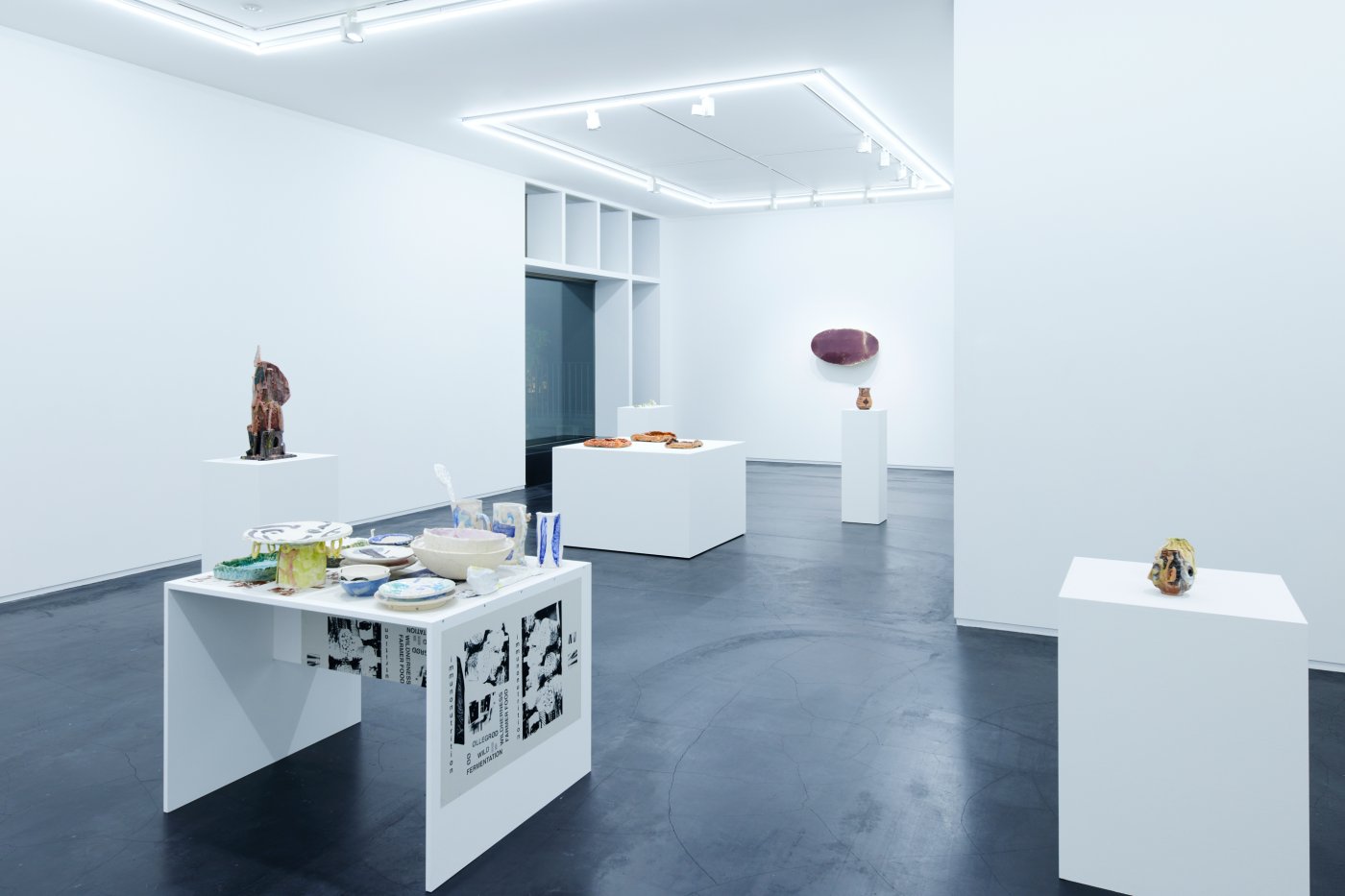 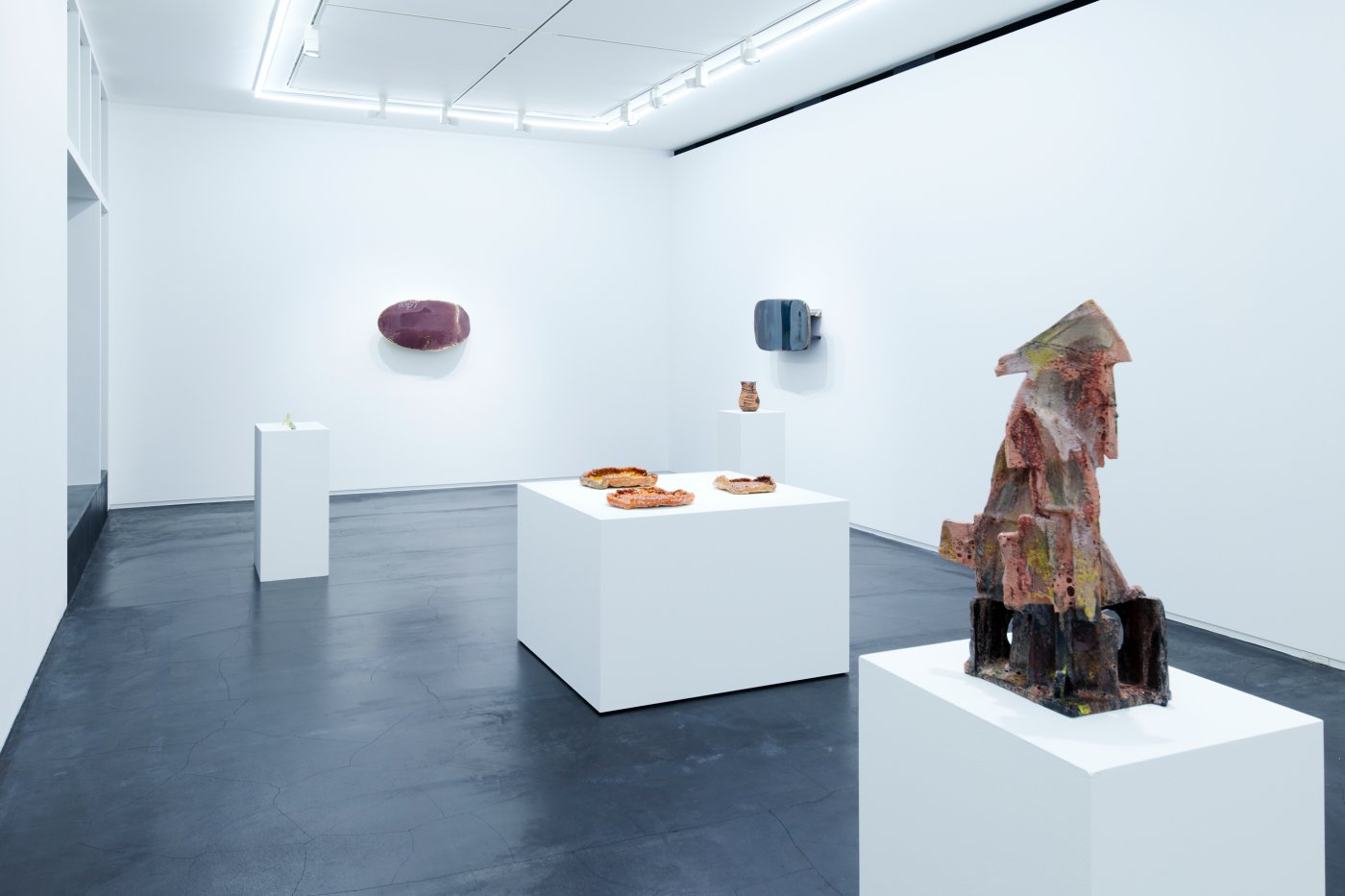 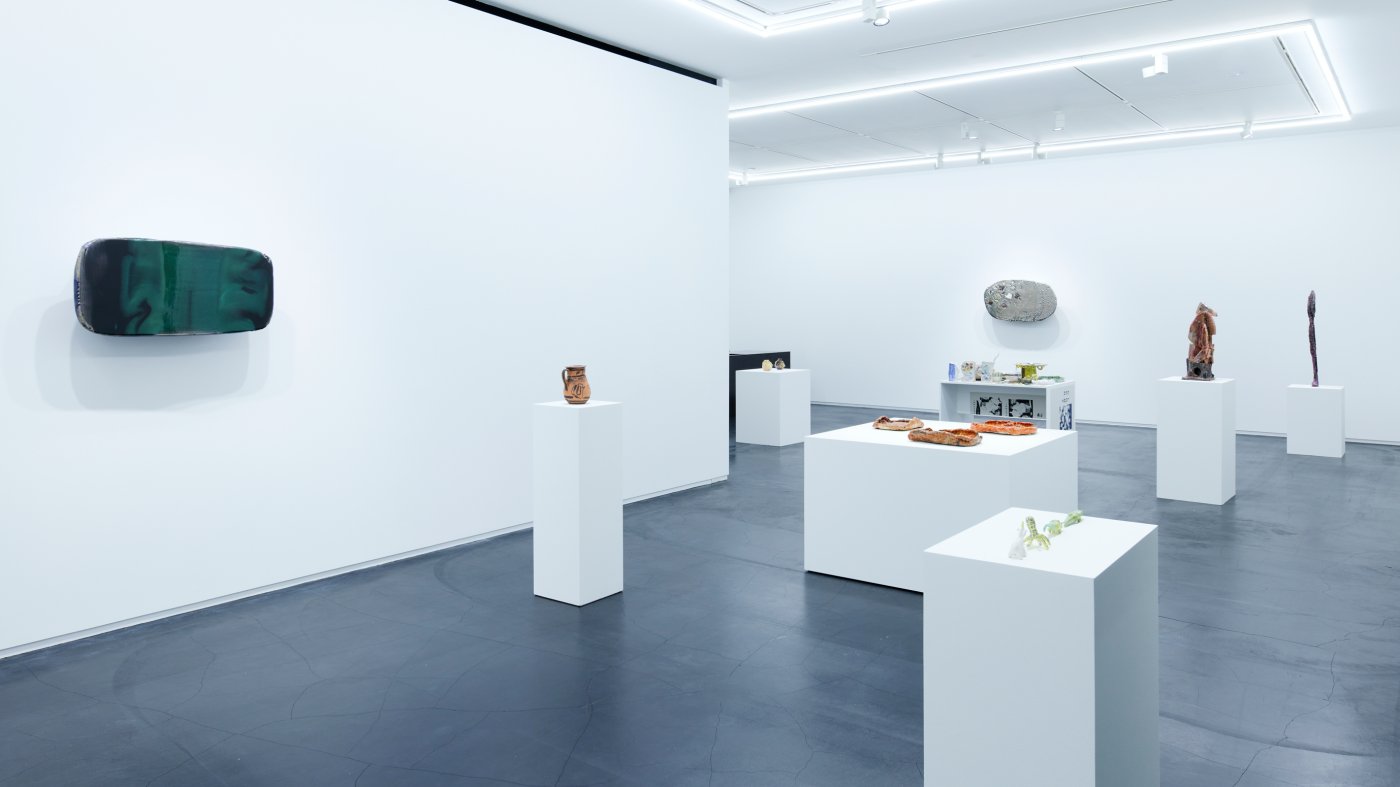 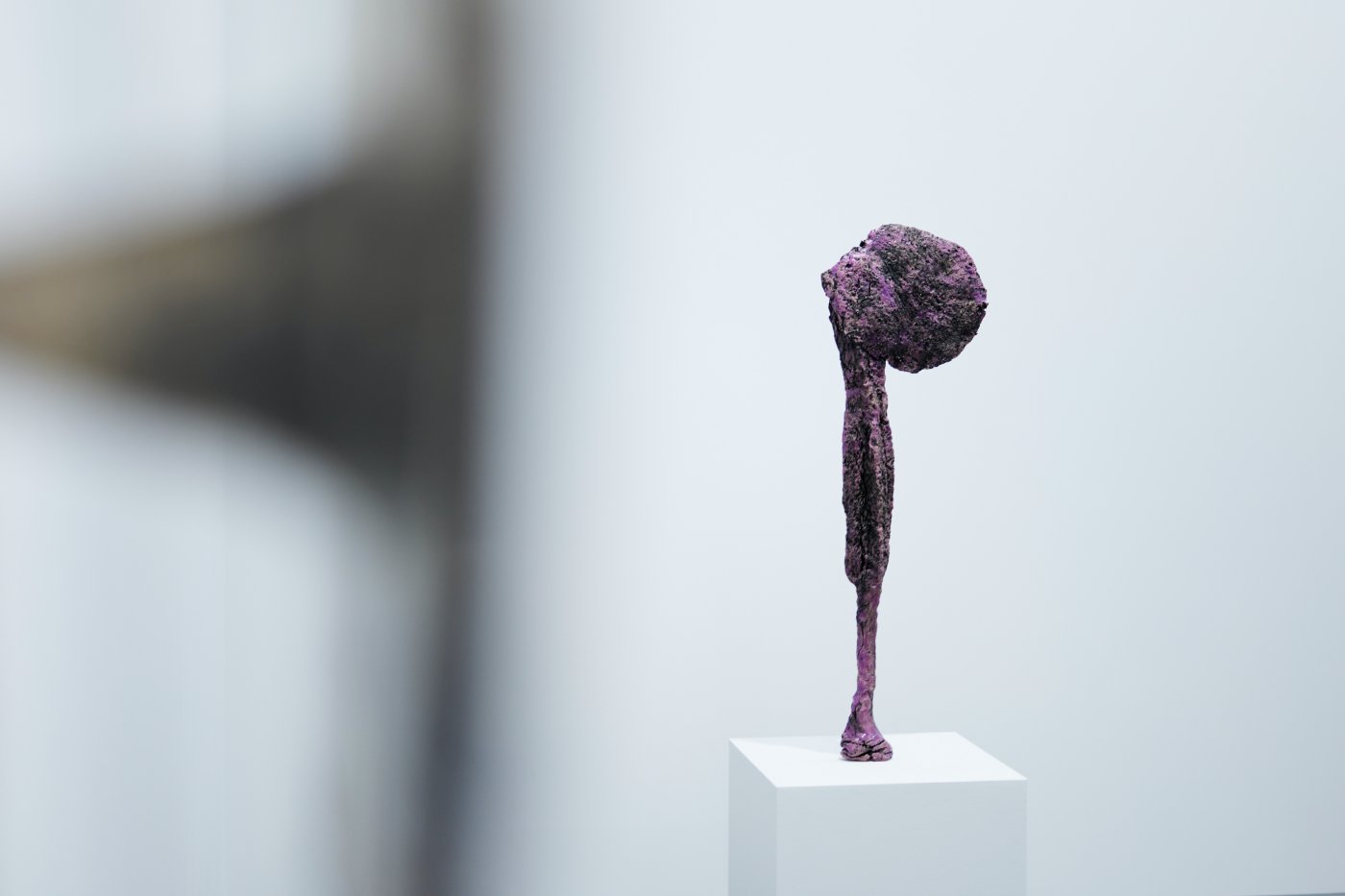 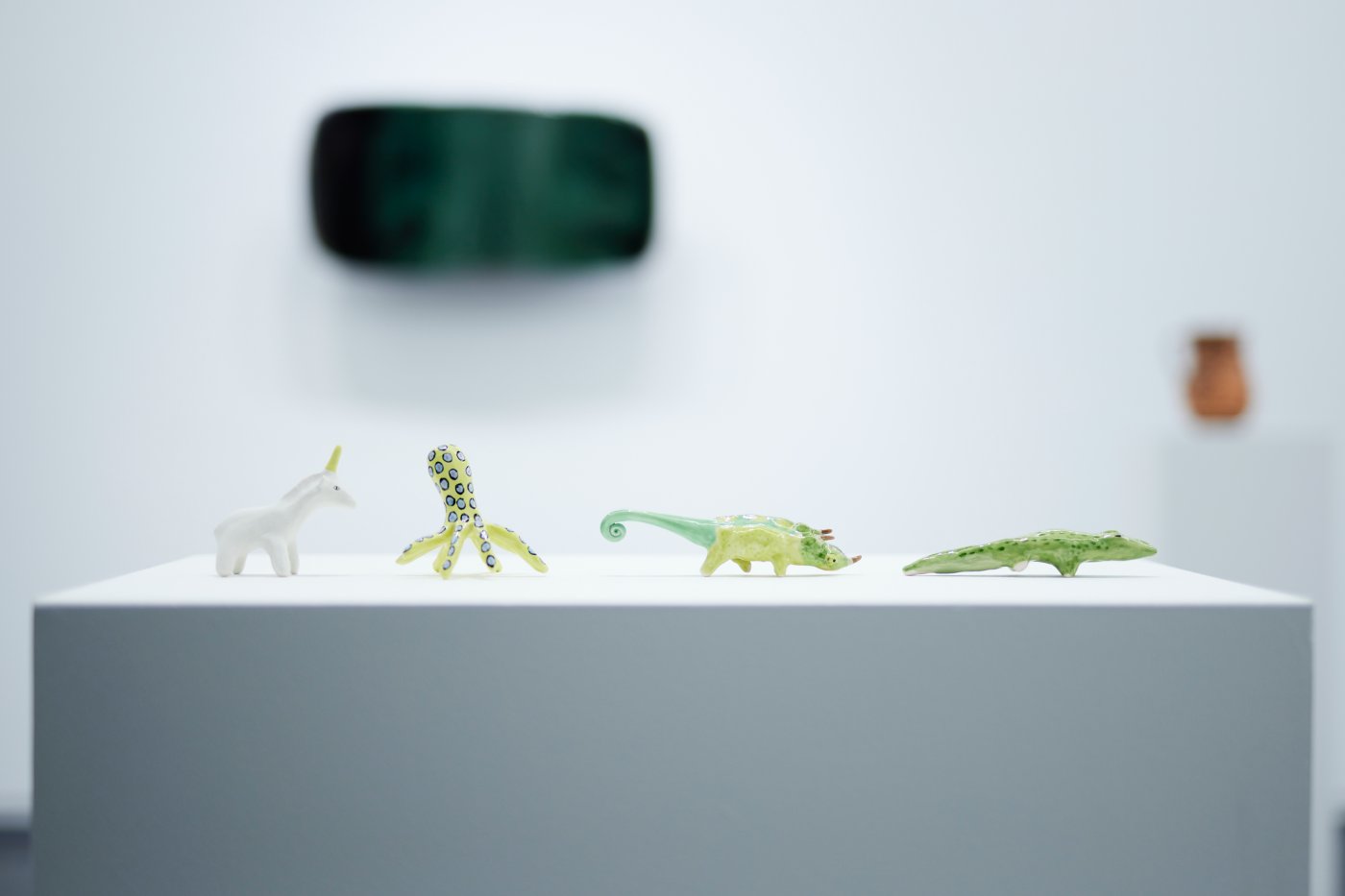 Ceramic has one of the richest histories of any medium on the planet, dating back from the prehistoric era to the present, from essential pottery vessels for daily use, decorative vases, and figurines to the increasing revival of the media resulting of technical diversification by contemporary artists. Represented from Lissitzky and Malevich to the futurists and the Bauhaus school, the Avant-garde artists in the 20th century were the pioneers to exploit the metamorphic nature of ceramics in the context of art. After World War II, Lucio Fontana, Pablo Picasso, Luigi Ontani, among others began to sublimate this media into the pure art forms through artistic approaches.

Clay has become increasingly central in contemporary art, and while many artists today are not formally trained in the medium’s traditional techniques, instead they discover its physical satisfaction.

Shio Kusaka was born in 1972 in Morioka, Japan and is currently based in Los Angeles, California. In 2001 she received a BFA from the University of Washington. Kusaka introduces innovative approaches to pottery-making. She creates abstract patterns influenced by the ancient Japanese pots of the Yayoi period and visual artists such as Agnes Martin, while also intuitively incorporating fruits, balls, and dinosaurs, motifs derived from her domestic life with her family. Her small porcelain series, group 35 and group 39 reflect her interest in exploring elements of playfulness which are common in her work.

Matthew Lutz-Kinoy (b. 1984) was born in New York and is currently based in Paris. Natsuko Uchino (b. 1983) was born in Kumamoto, Japan, currently lives and works in the South of France. Lutz-Kinoy and Uchino have their own interdisciplinary artistic practices including paintings, drawings, and performances. Their collaborative craftwork in ceramic has been conceived under the name of Keramikos. This special collection of ceramics on display at Taka Ishii Gallery is a selection from the large-scale dinner set of over 300 objects titled Keramikos II, produced in 2012. In correspondence with the works’ history, the ceramics are presented on a table designed by the artists. It is ornamented with silkscreened posters on newsprint made at the time, which contain reference photographs such as food preparation, pickling, ceramic kilns, gardens and the creation of the ceramics themselves.

Born 1960 in Sacramento, California, Liz Larner is currently based in Los Angeles, California. She received her BFA from California Institute of the Arts in 1985. In her work she often explores the various material qualities of ceramics, creating unique textures and forms through experimentation with firing and glazing techniques. Larner actively embraces the unpredictability and instability of the materials used, many of which refer to the geological and tectonic features of the Earth from which it is sourced. Given their vibrant palette and vertical, wall-mounted presentation, she encourages the viewers to contemplate how they might be perceived as both paintings and sculptures.

William J. O’Brien was born 1975 in Eastlake, Ohio. He currently lives and works in Chicago. O’Brien received his MFA from the School of the Art Institute of Chicago in 2005. He explores the potential of a diverse range of media including paper, clay, textile, ceramic, steel, found objects and everyday materials. O’Brien is best known for his ceramic sculptures. The playful ceramic works, which are adorned with bright glazes, refer to a broad range of cultural elements such as ethnography, traditional crafts, poetry, pop and psychedelic cultures, and gay minimalism.

Born in 1972, Sterling Ruby works with a wide range of aesthetic and material strategies from sculptures made of saturated, glossy, poured polyurethane, bronze and steel, to drawings, collages, richly glazed ceramics, paintings, photography and video, as well as textile works that include quilts, tapestries, garments, and soft sculptures. Ruby refers to the CLUBS as they are vertical and free-standing objects. Some suggest standing figures, while others are blunt objects, resembling ancient weapons or tools that might have been unearthed as artefacts. The CLUBS stand as an incitement to use, ready to be seized and used as a weapon, a spectre, or a walking stick.

Born in Mexico City, Mexico in 1986, Lucía Vidales currently lives and works in Monterrey, Mexico as a BA professor at the University of Monterrey. She received her BA from ‘La Esmeralda’ National School of Painting, Sculpture and Printmaking of the National Institute of Fine Arts, Mexico in 2009 and MFA from the National Autonomous University of Mexico, Faculty of Art and Design, UNAM in 2014. Vidales’ ceramics, referenced to the unglazed practice and style of pre-Hispanic wares, represent a young voice in the exhibition to open up dialogues with masters of the twentieth century.

This exhibition is held in collaboration with BLUM & POE and Regen Projects.