Parrasch Heijnen presents Back Rub / Foot Rub, an exhibition of new works by American artist Xylor Jane (b.1963, Long Beach, CA). This is the gallery’s second solo exhibition with the artist. 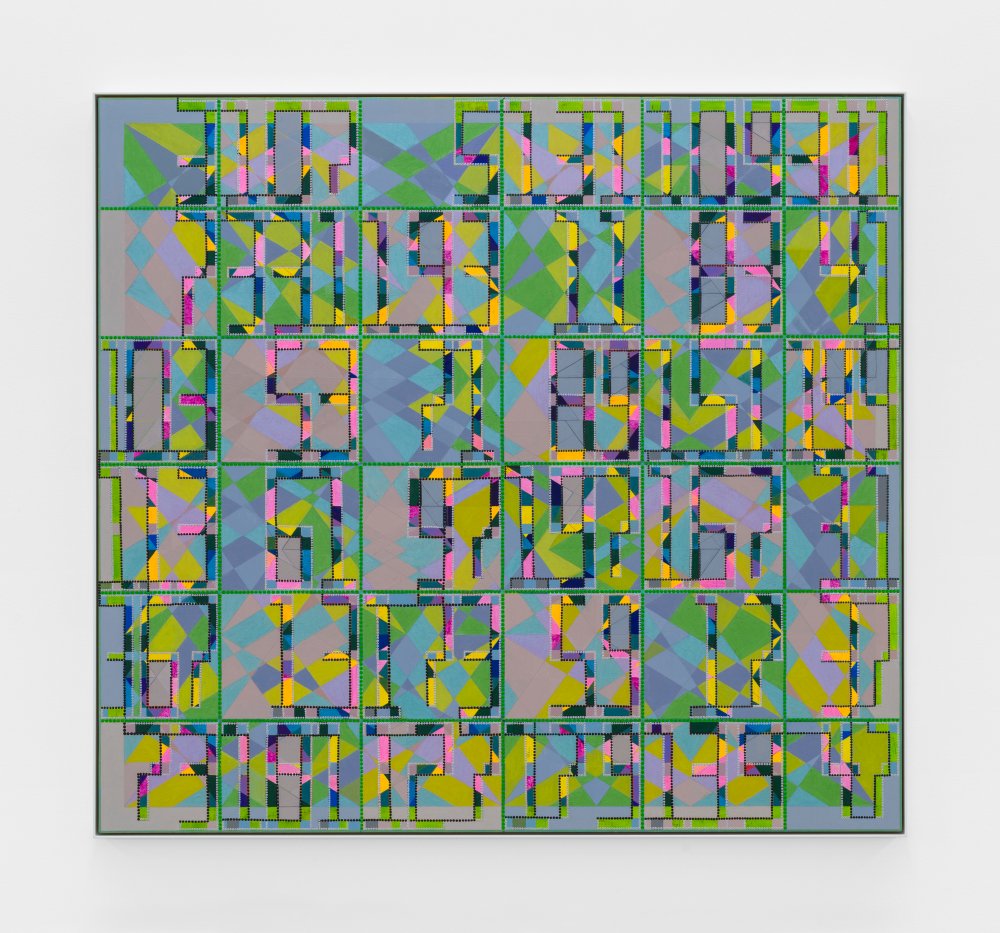 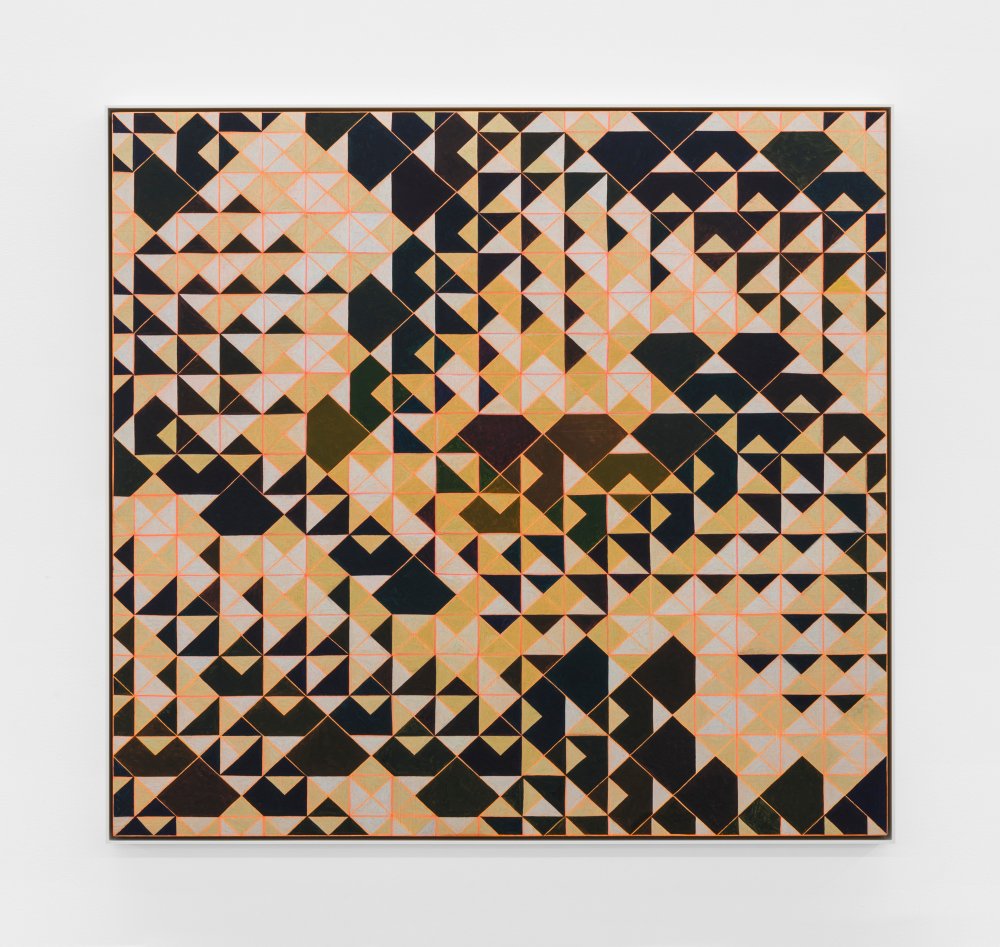 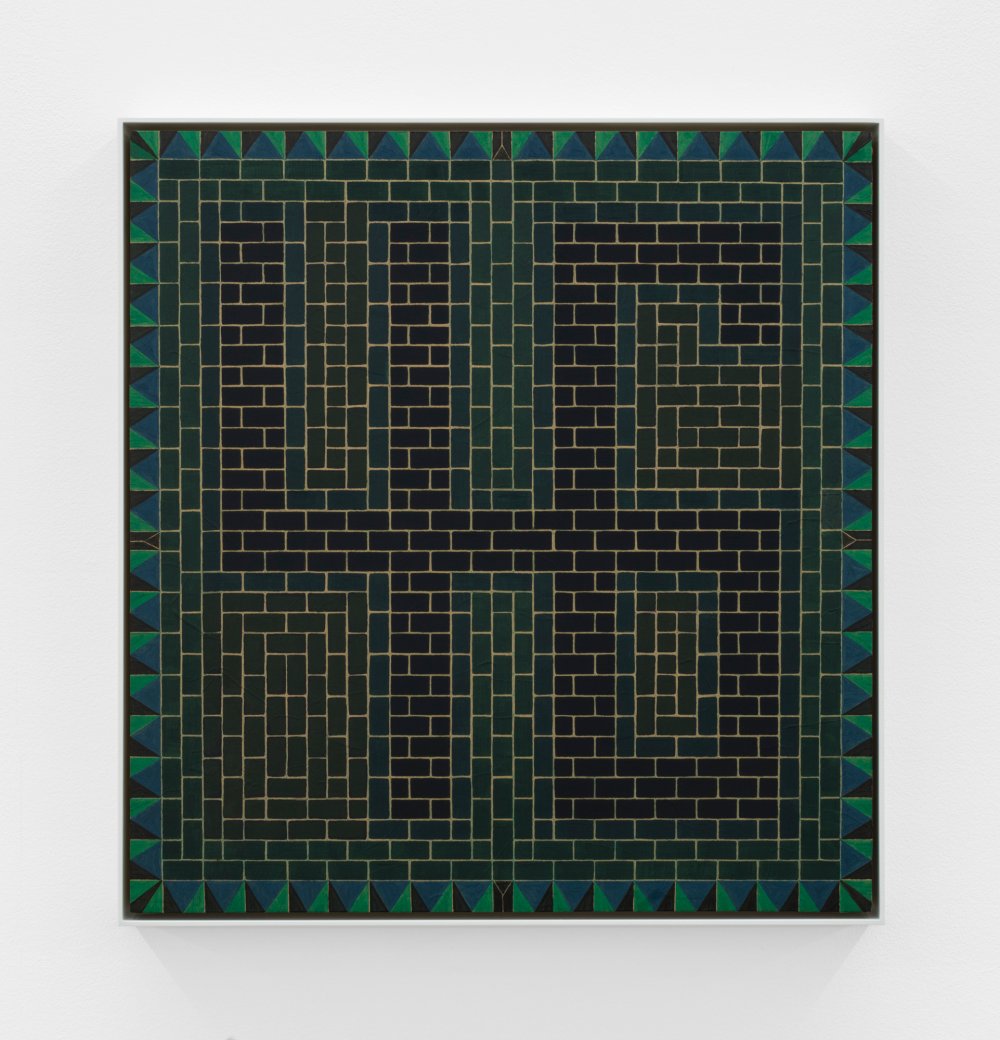 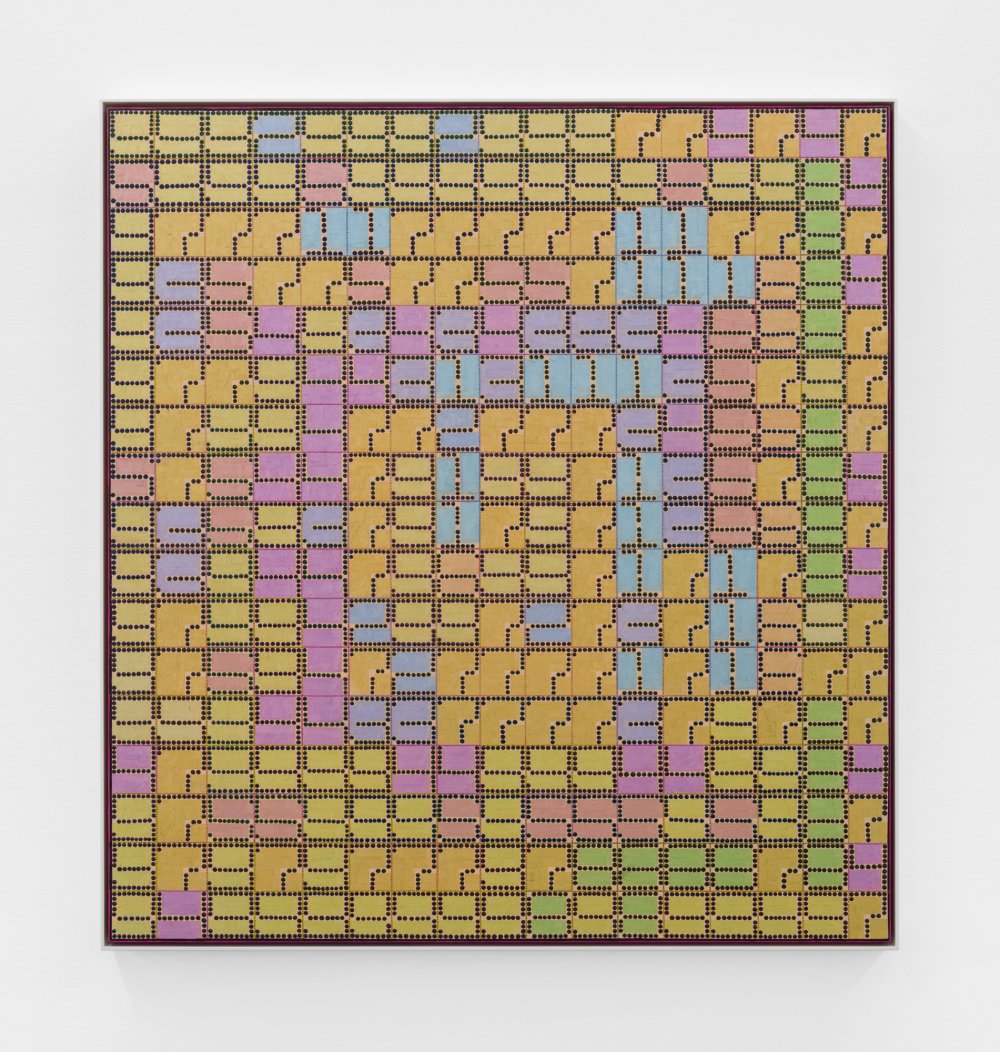 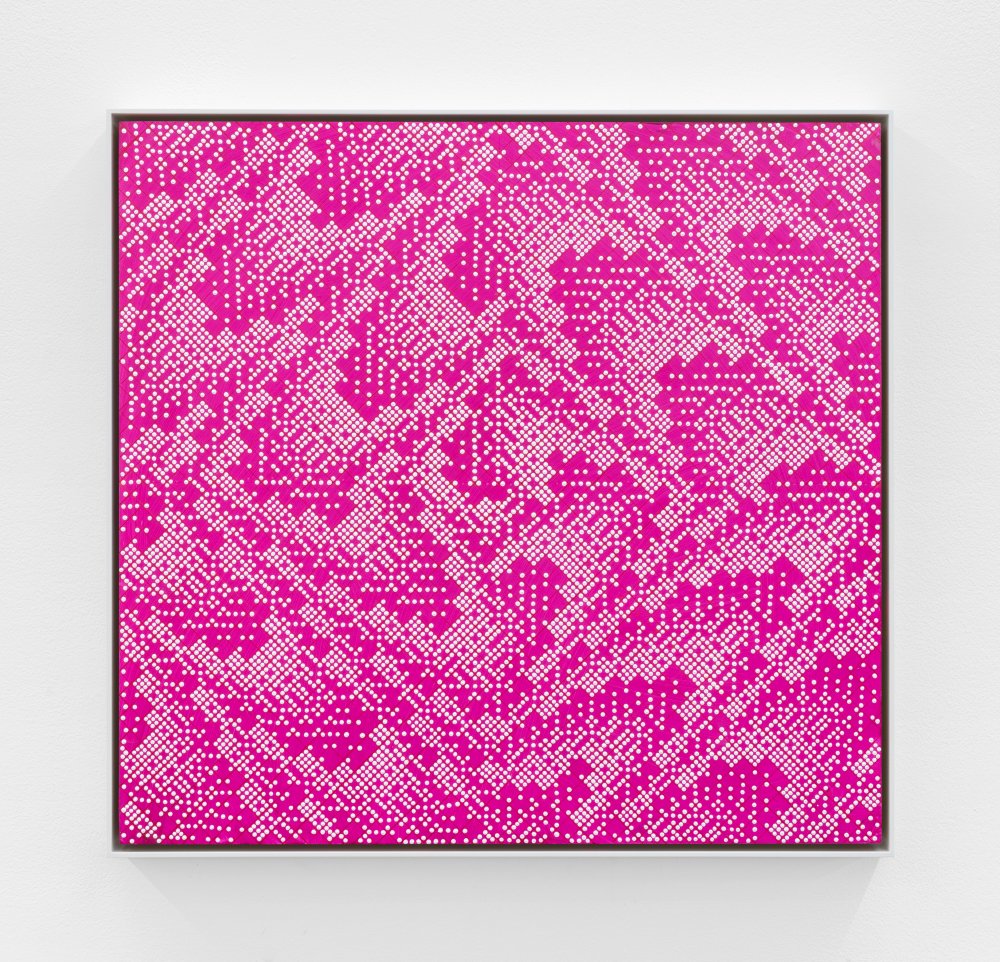 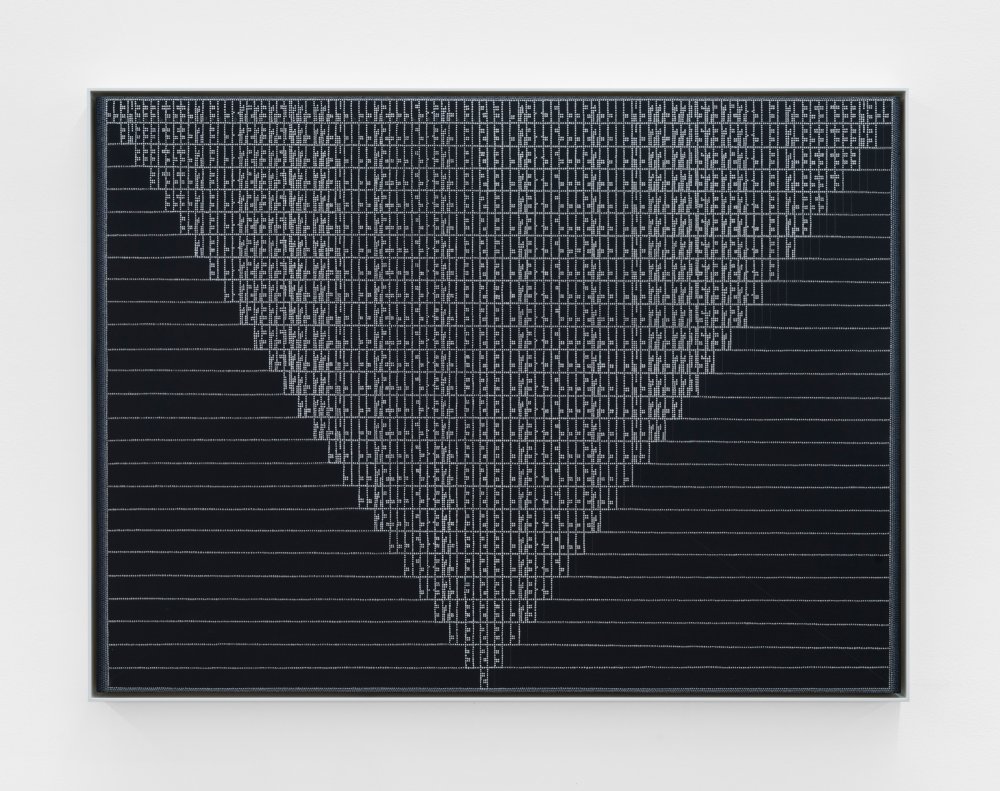 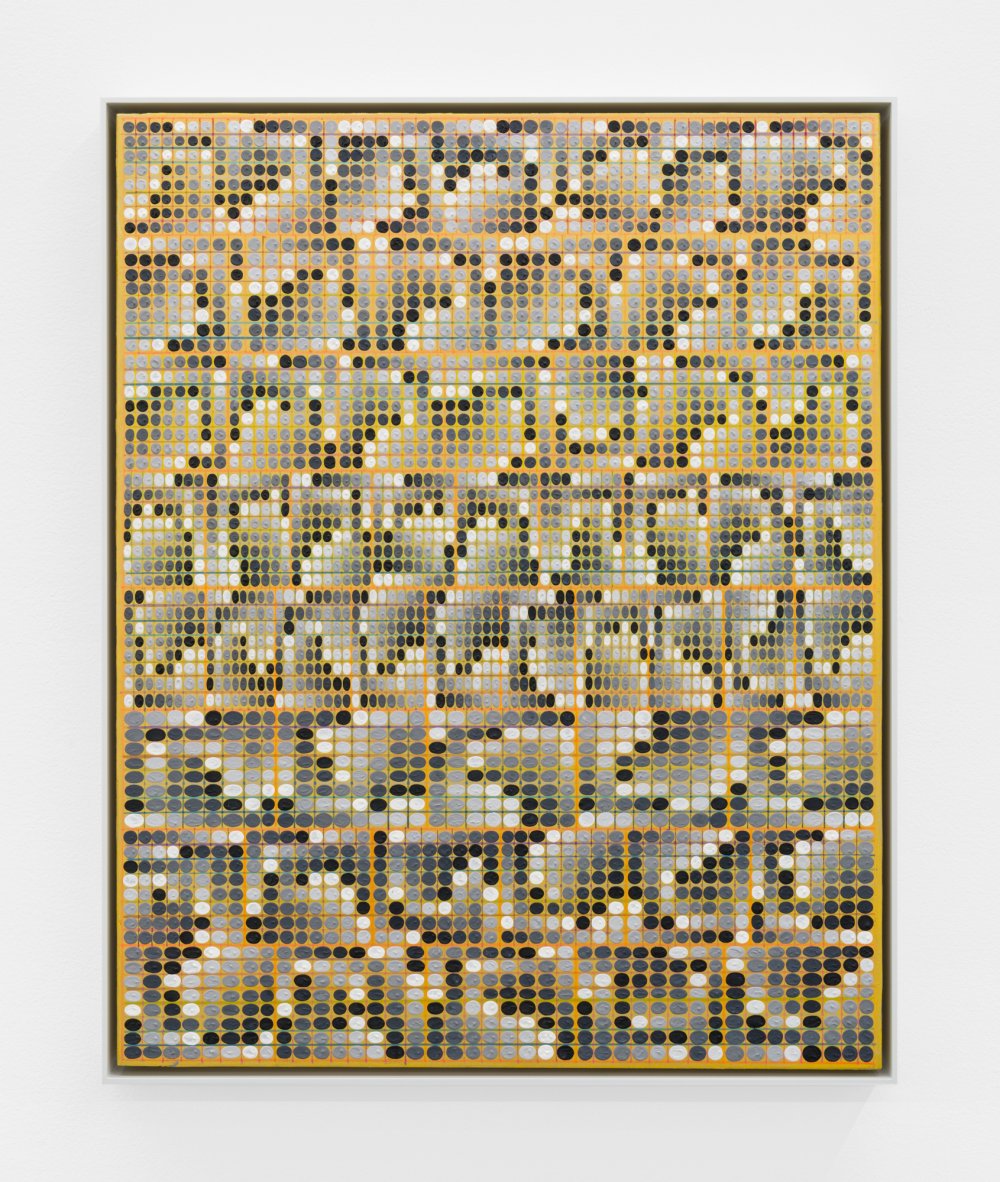 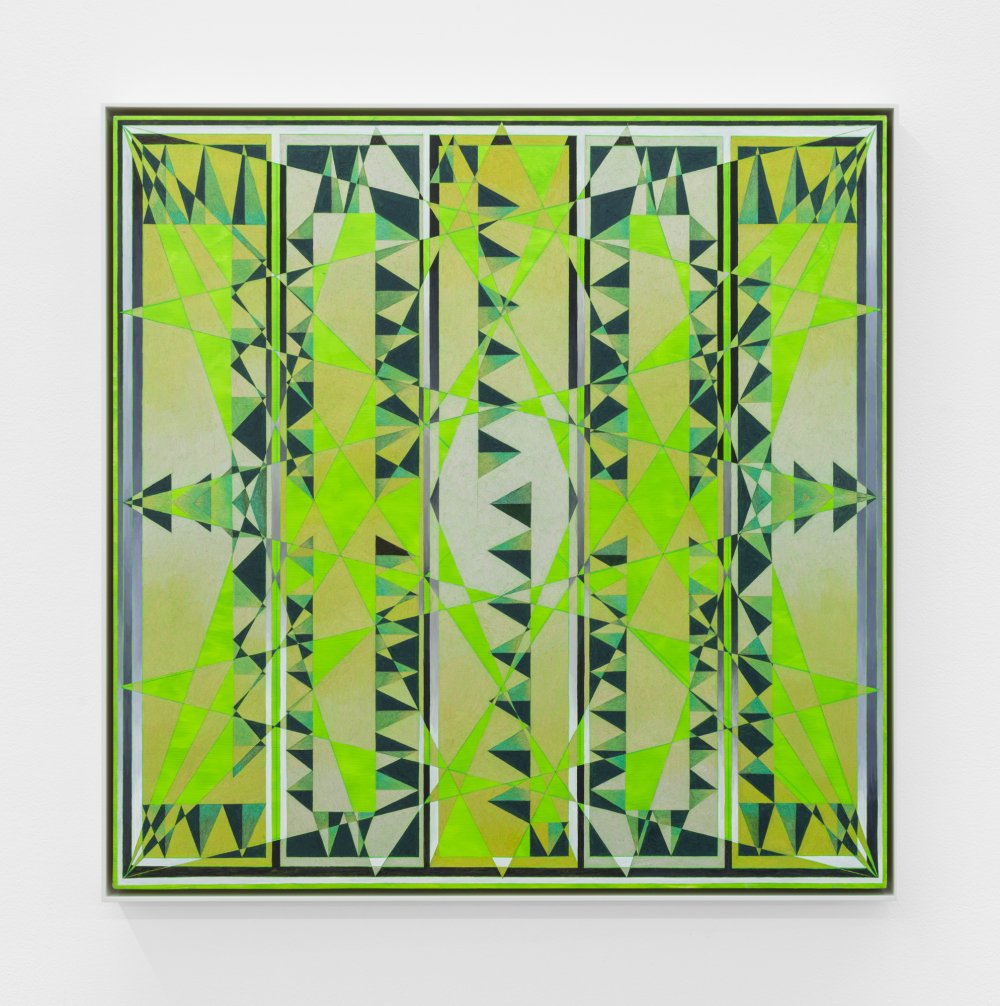 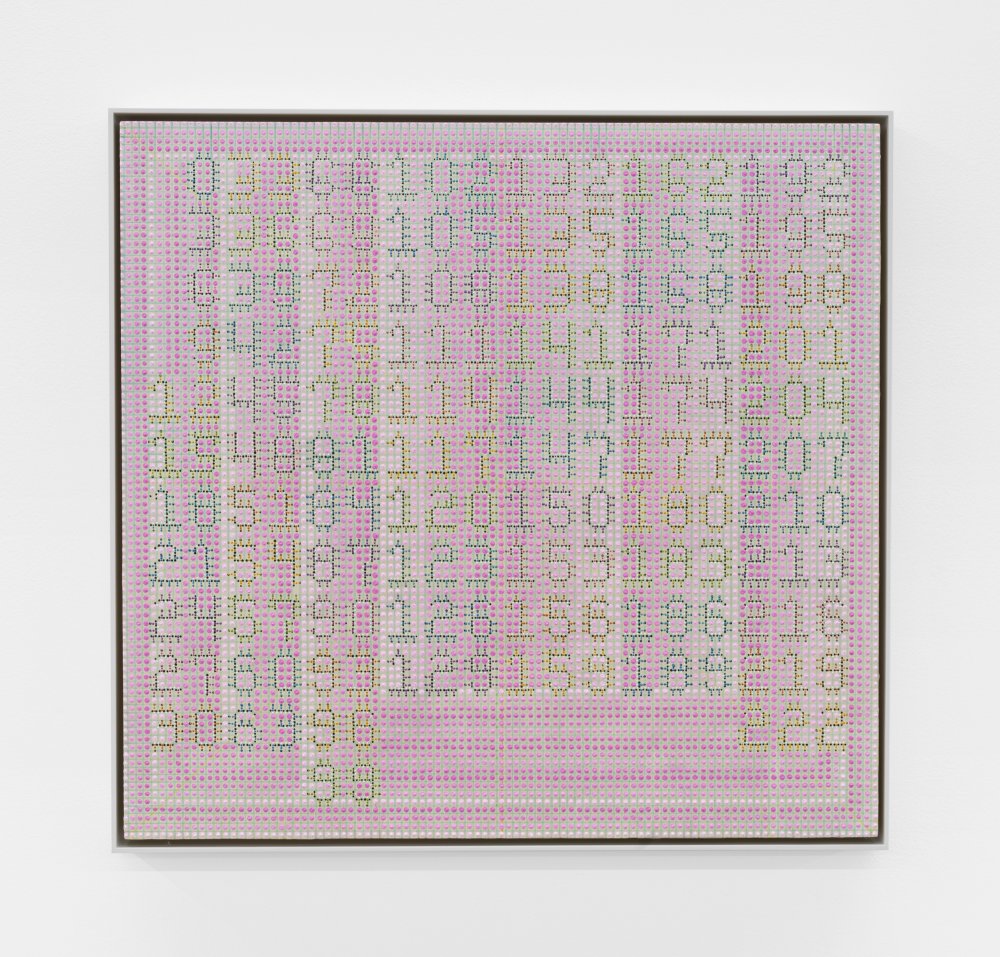 Xylor Jane
Walking to Your House (Counting by Threes), 2020 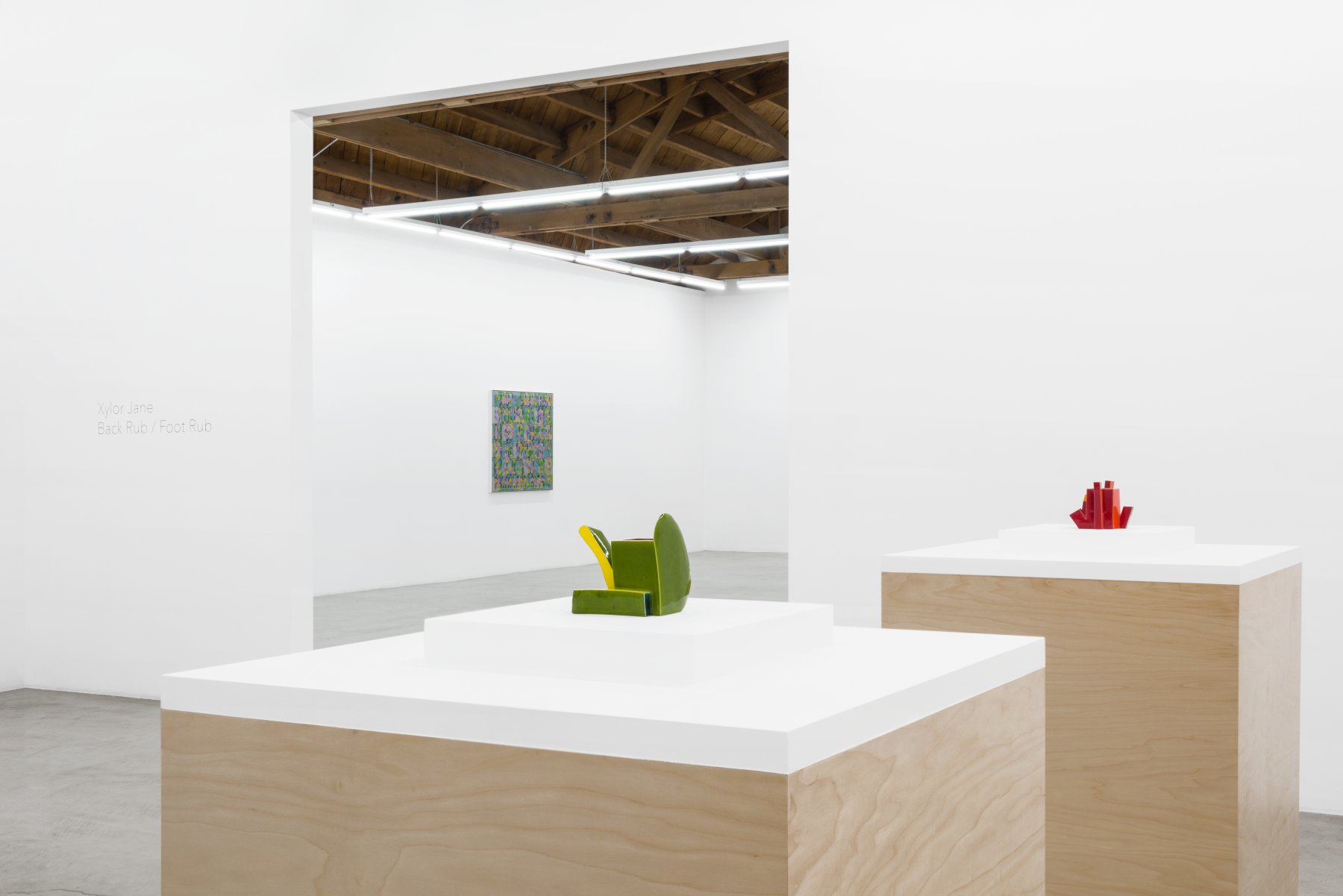 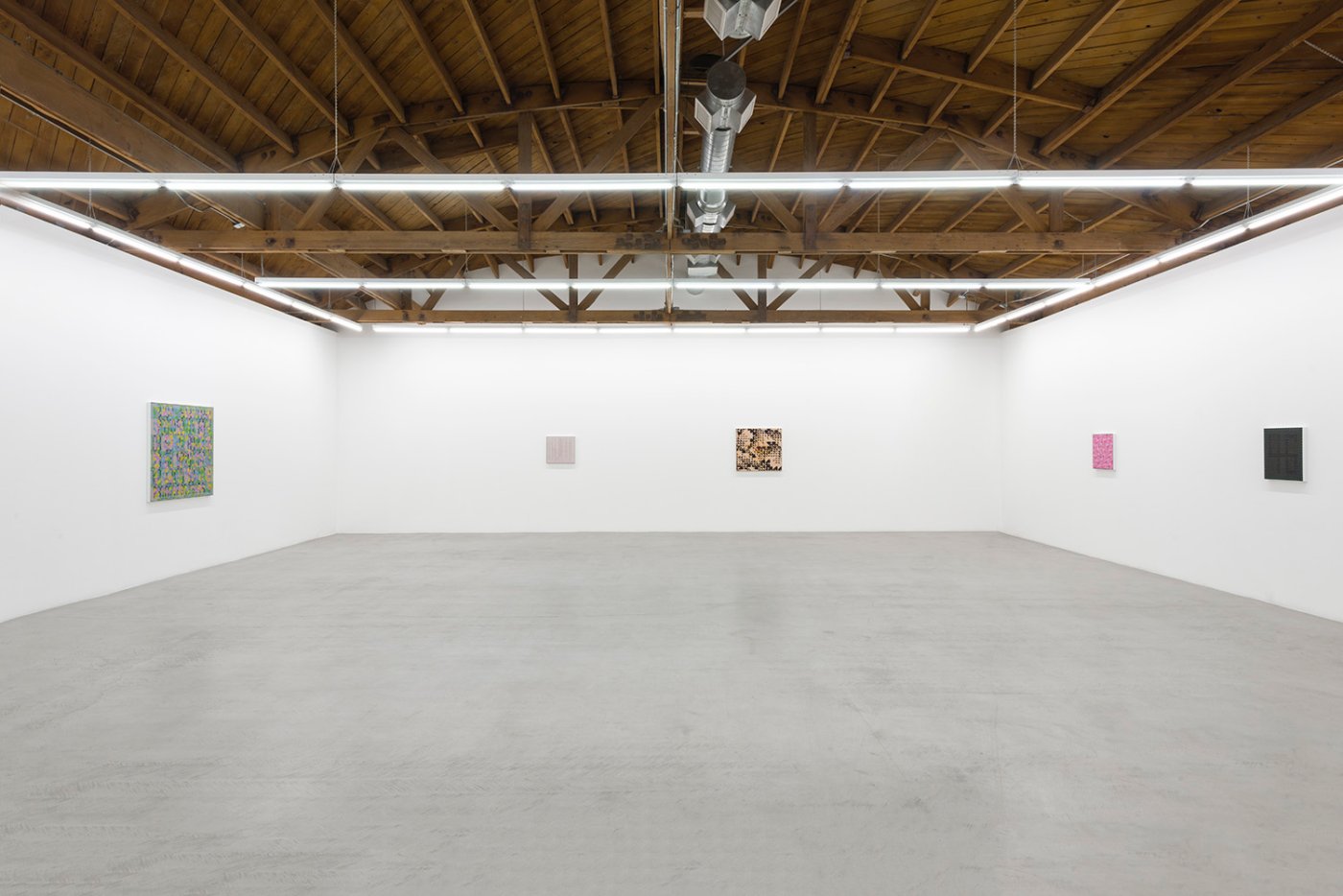 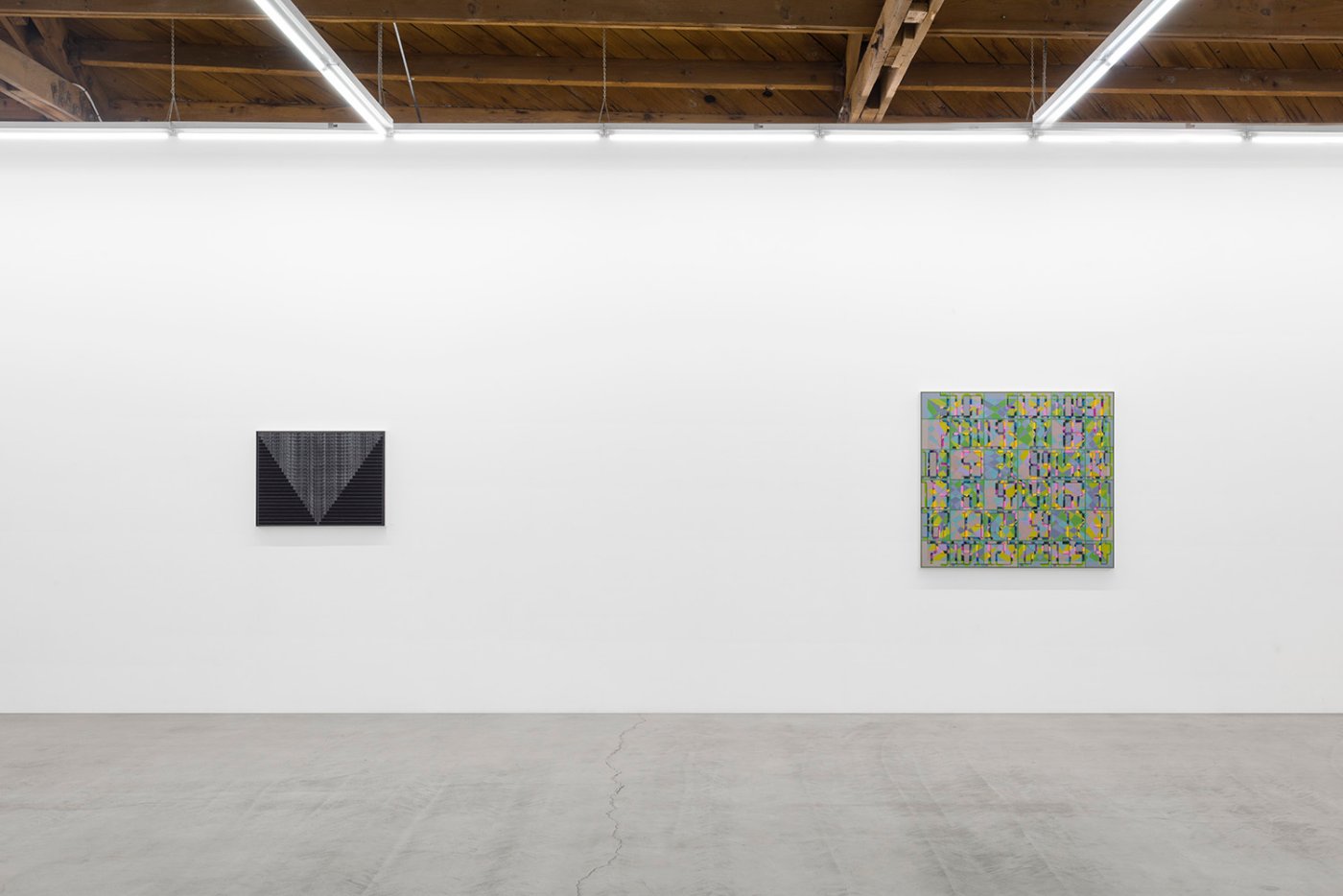 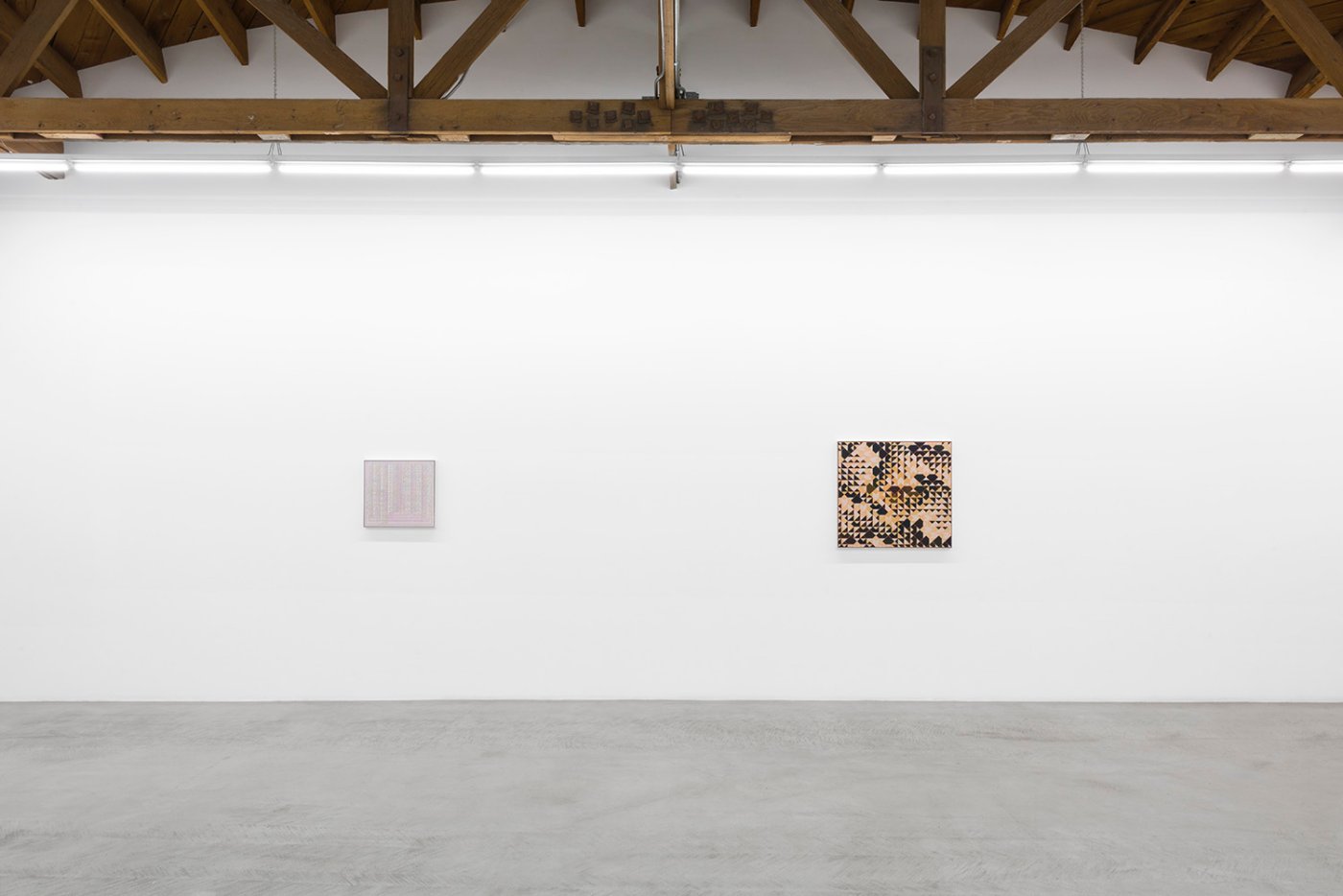 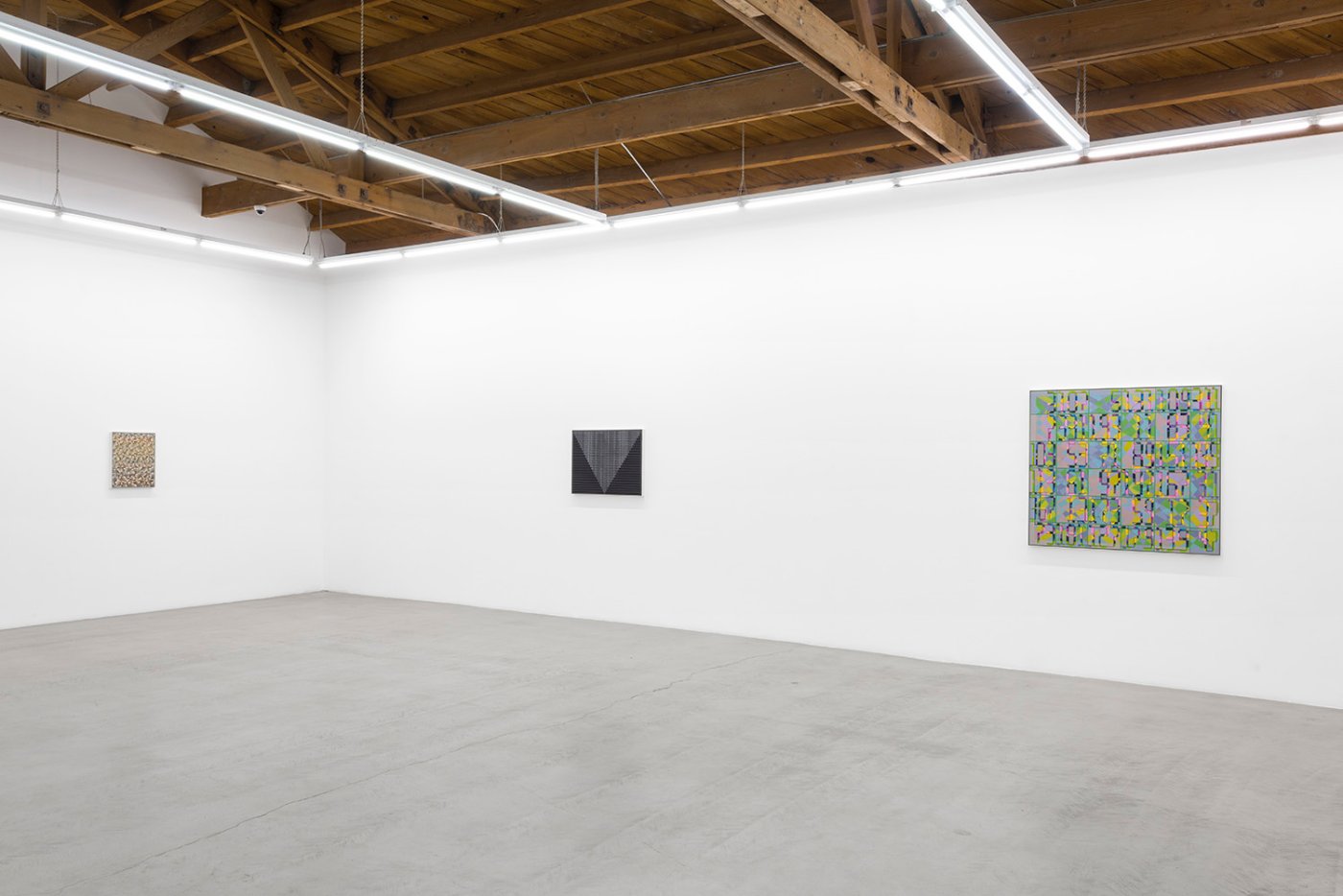 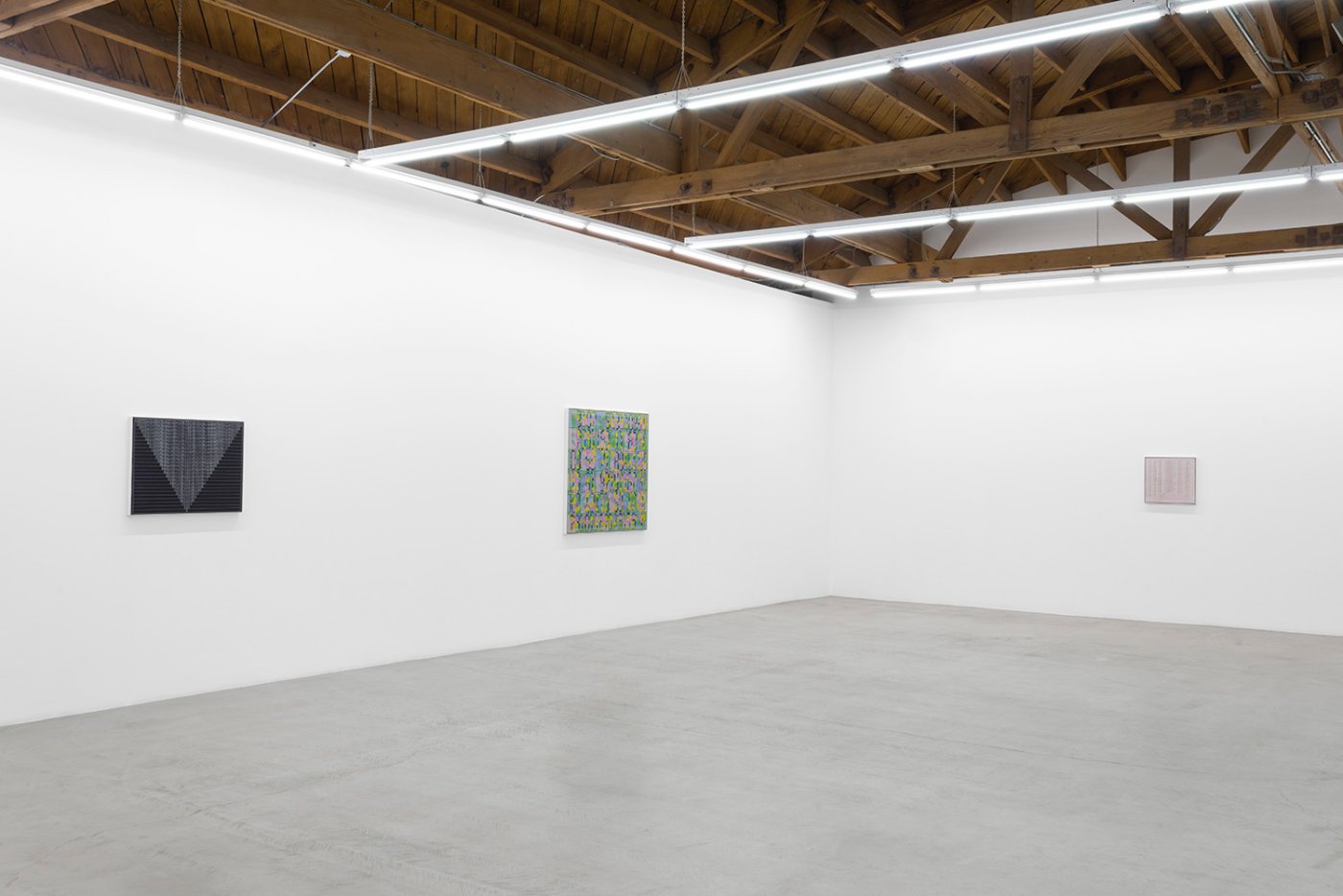 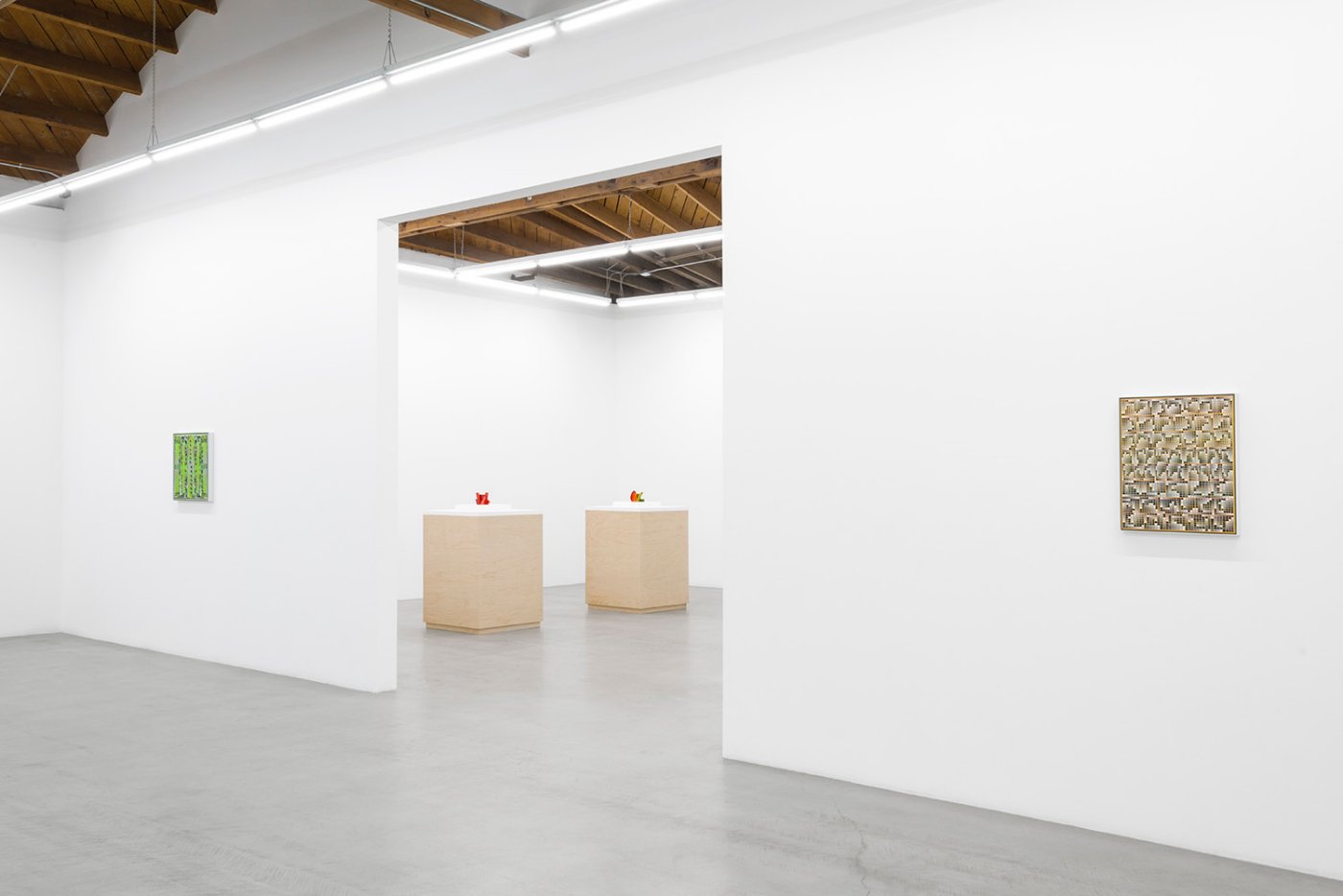 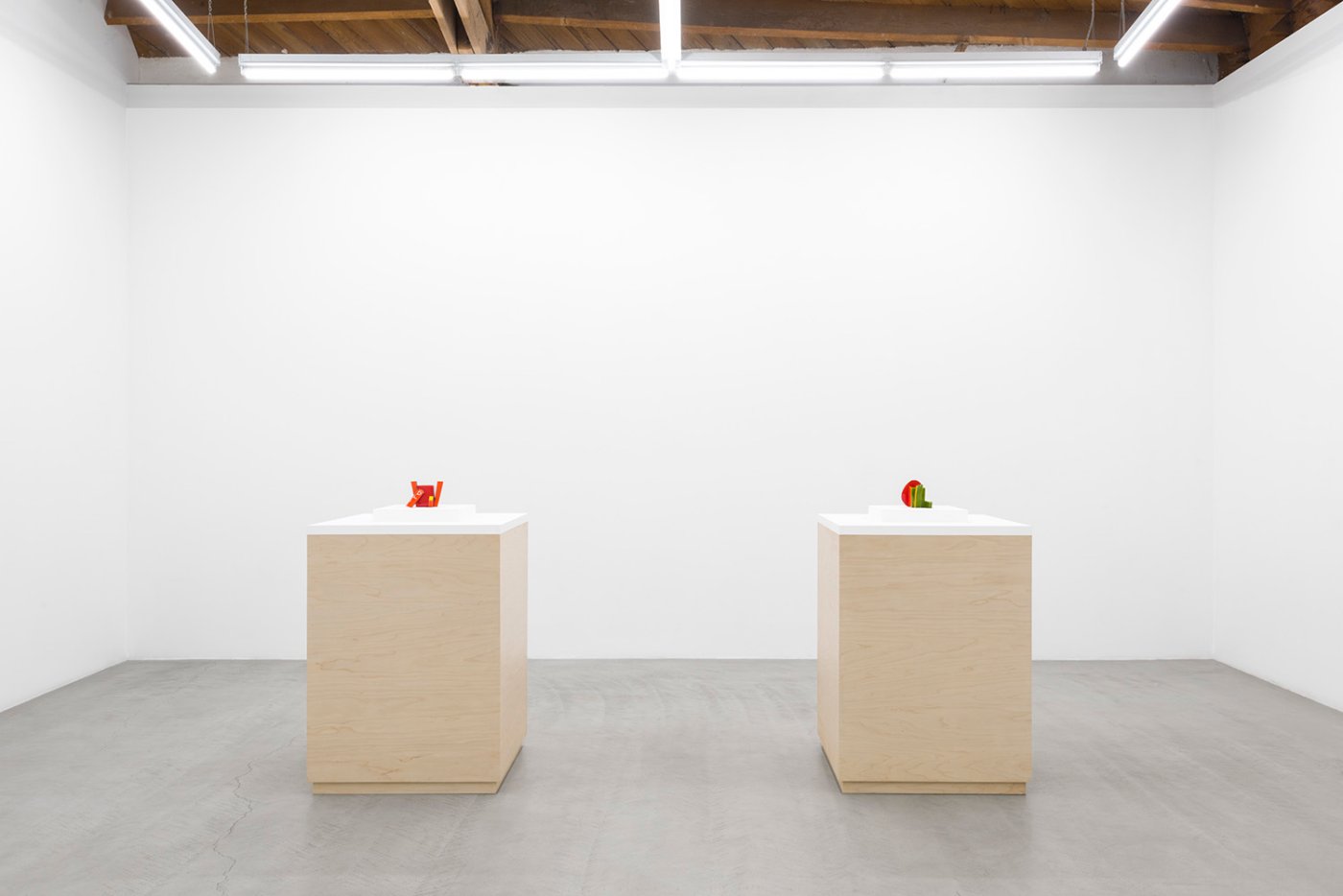 Jane’s exploration of unique phenomena found in numbers and patterns produces delicately layered tessellations that achieve mesmerizingly intricate precision. The artist’s paintings on panel reflect a controlled form of chaos utilizing ideas similar to that of pointillism—weight is added in the density of marks, culminating in a complexly resolved image. The labyrinthine forms are highly evolved constructions utilizing numerical systems sectioned within each panel. Jane either methodically plans out each panel beforehand or begins with problematic compositions that resolve through her experimental process.

These otherworldly works are conceptual in nature, focusing on structures found organically and abstractly, beyond the realm of tangibility. Jane investigates her lifelong fascination with palindromes and counting spirals (near-perfect patterns found in nature like that of pinecones or sunflowers) in new modes through trial and error, resulting in remarkably intricate paintings. The artist’s work often relates to relationships of time, constellations, and energy throughout the universe. As markers of temporality, these patterns appear to move past the confounds of the plane, reaching a three-dimensionality that expands into the unknown.

The meticulousness of the artist in these minuscule marks is matched in the intensity of the chromatic gradations. Jane uses consistent finishing and translucent hues to depict a spectrum of color, including metallic sheens.

This past year’s collective hardships have not left Jane unscathed; 6th Order Magic Square for Apocalypse, 2020 represents the disruption and change in the jagged crystalline forms populating the base. The tones reflect the light and dark of the last year. In the counting spiral, Sync Swim (1-8 Counting Spiral), 2020 the negative space is filled with a black rainbow as the segments spiral from the center in a grid. Jane uses the entire plane to highlight the pattern itself in gold and pink metallic hues.

2020 was also significant for Jane as the year of 12 days of global palindromes, not seen since the year 1111. Dissent (26 Nesting Prime Palindromes), 2020 shows the miraculousness of nesting palindromes expanding four digits each successive level. The artist notes that the form is reminiscent of the late Justice Ruth Bader Ginsburg’s white dissent collar. Jane adjusts the black and white pyramidal expansion to a panel to fit into concrete, human dimensions. In Moon Dragon, 2020 the ellipses in gradients have meaning and direction as letters on a grayscale. Walking to Your House (Counting by Threes), 2020 playfully follows numbers expanding by three with a surrounding gradient of pink tinged points.

Concurrently on view in the front gallery is a selection of Geometric Cup sculptures (1973-74) by the late American artist Ken Price (1935-2012). These works are presented in direct historical conversation with Back Rub / Foot Rub. The fluidity of Price’s rich chromatic range, absorbed and reflected upon the facets of these complexly structured glazed ceramic forms, speaks to the infinite perceptual potential of color – an approach that is at the core of Jane’s formal pursuits.