‘I have this mistrust of painting. I don’t believe that what we see represents painting in its entirety.’
– Xie Nanxing 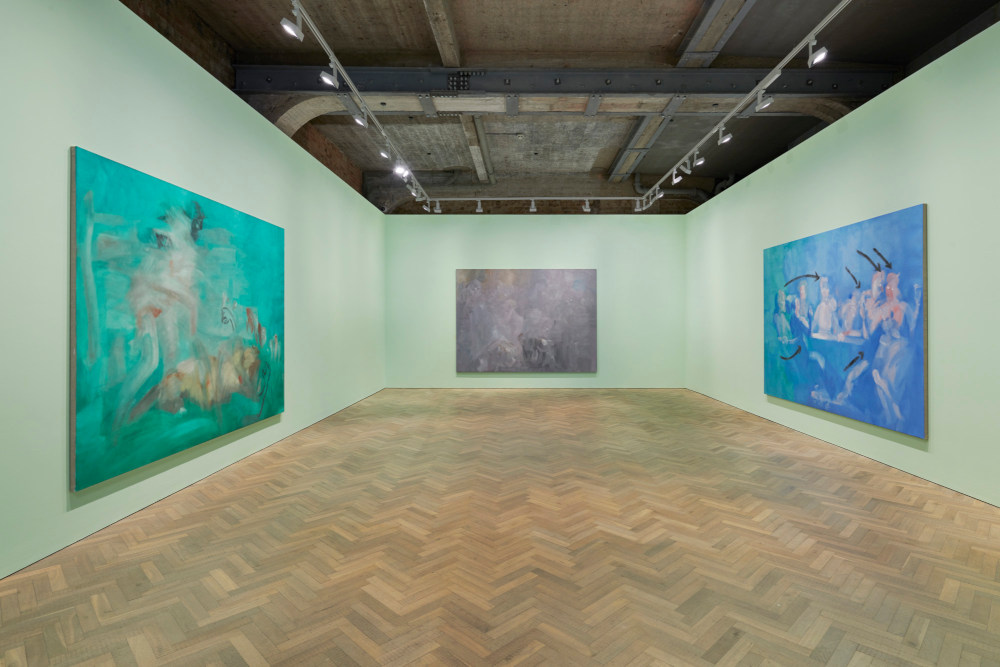 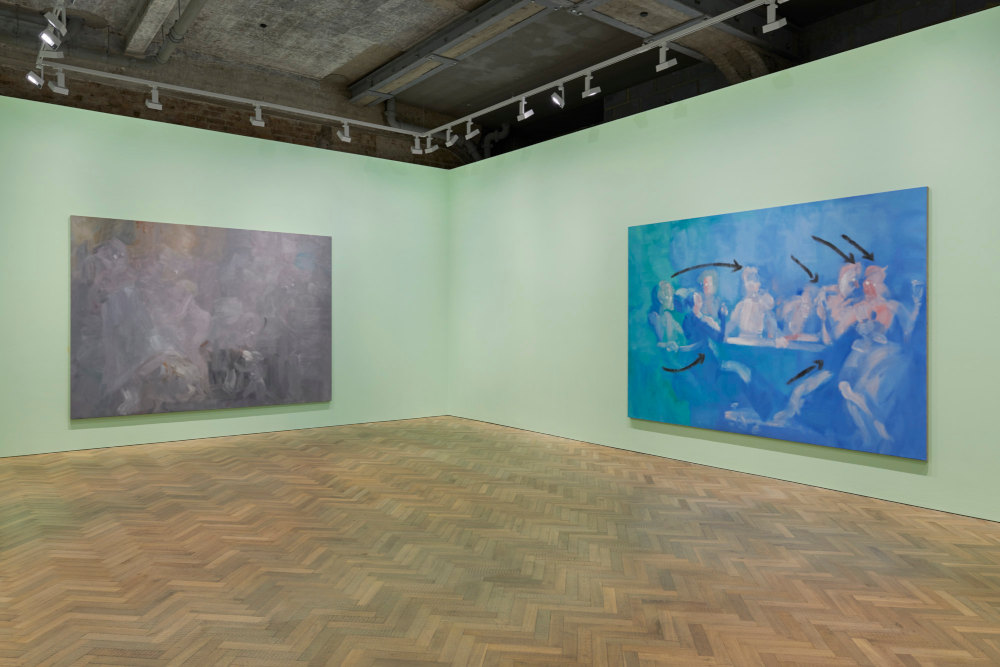 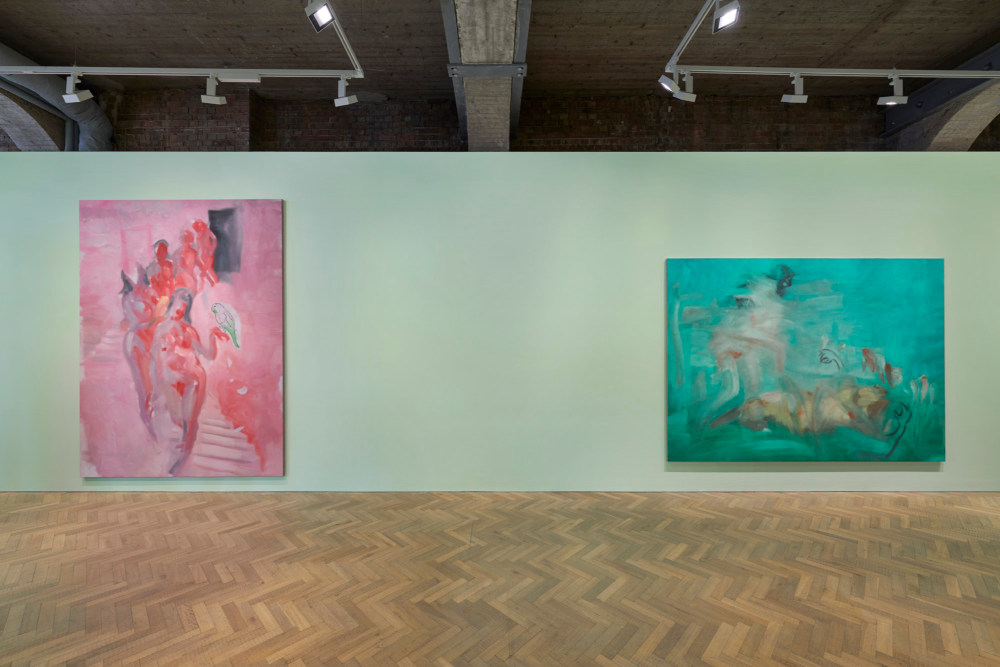 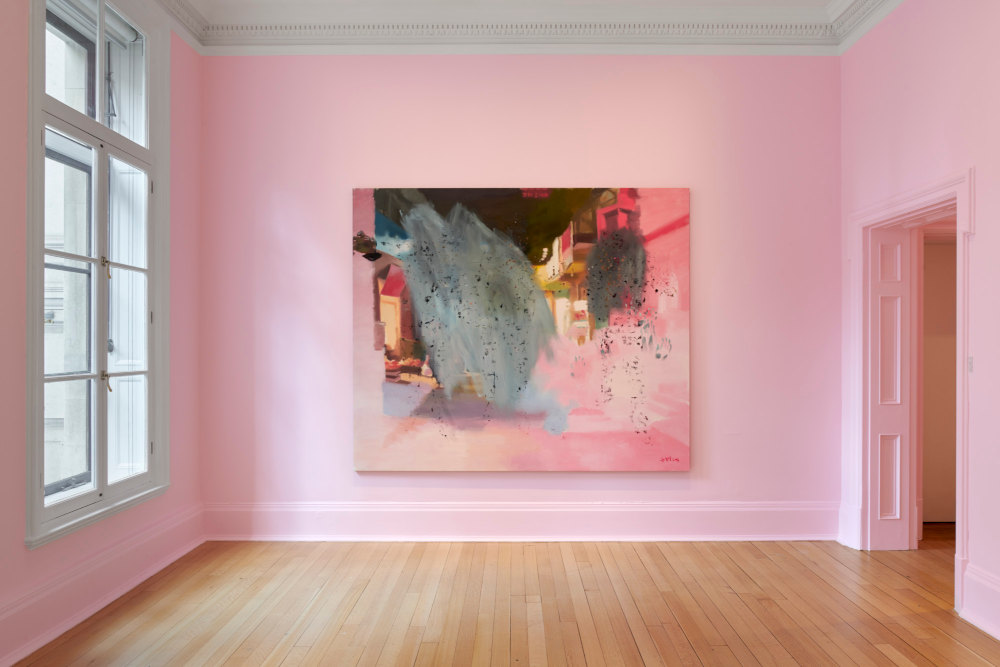 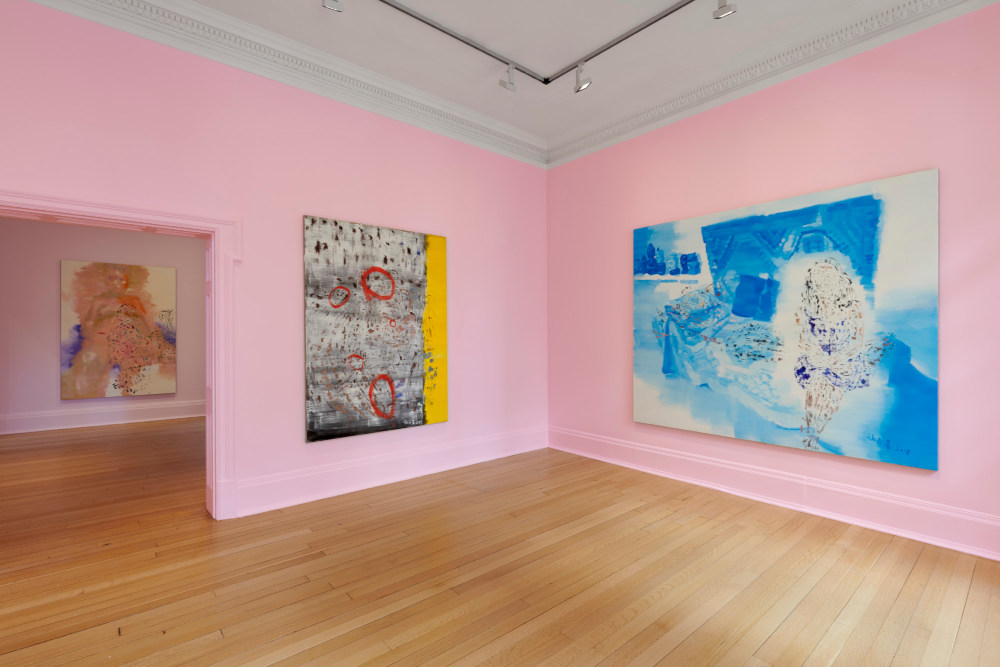 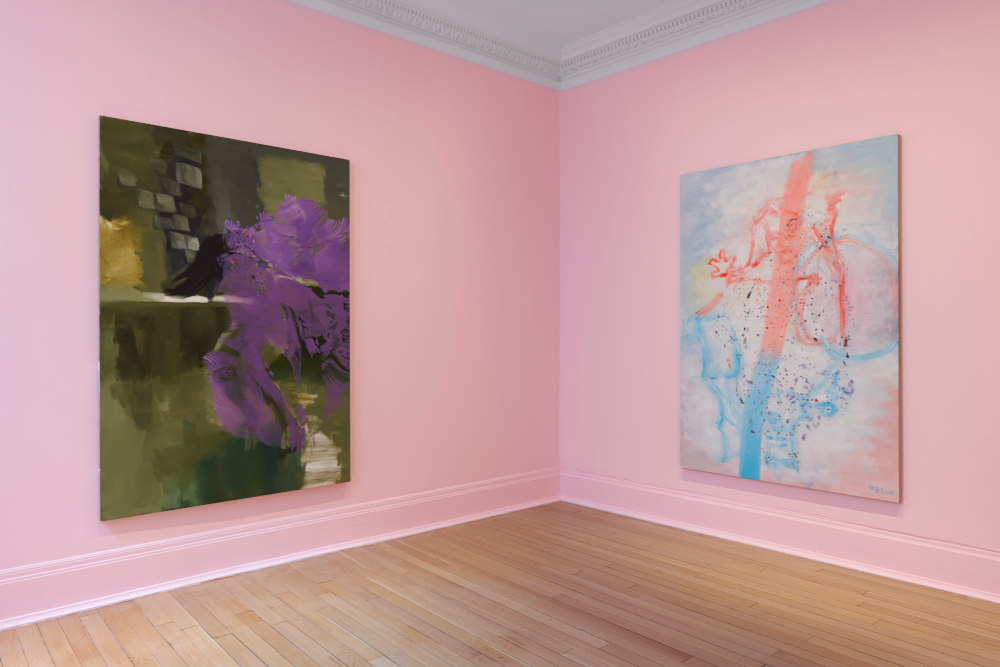 The show’s satirical title, taken from a signature Chinese dish, is typical of an artist fascinated by codes and conventions while simultaneously shifting and upending their meaning. Drawing from his Chinese academic education and the Western artistic lexicon, Nanxing approaches painting with both an analytical and synthetical mind — posing riddles, yet solving them at the same time. In other words: the recipe, as much as the dish itself, matters equally to him.

This inquiry extends through both bodies of recent work on show in the two spaces: Spices (2016-2017), and a new series of portraits. In fact, these seemingly disparate series function similarly in how they expose and depict the process of acculturation as well as the acculturation itself.

On view at No.11 Duke Street, Nanxing’s new portraits testify to his understanding of the necessary synthesis of abstraction and figuration. Source material for these portraits are often derived from studio sessions or photographs of the artist’s close friends. Each portrait is made using his ‘canvas print’ technique, a method of creation that references Chinese ink painting. A rough woven canvas is placed over the surface of the work, establishing a threshold that acts a barrier to the painting beneath. As direct, figurative brushstrokes seep through the surface, they become stippled and obscure, leaving traces of the original gesture. As Nanxing explains: ‘The spots that are left behind are fundamentally linked—as evidence—to the completed work. These surplus materials carry some of that work’s meaning. They are like its shadow.’

No.3 Duke Street includes a selection of Nanxing’s Spices, previously exhibited at the Ullens Centre for Contemporary Art, Beijing. The series takes its name from the historical spice trade, specifically the anecdotal discovery that one of Christopher Columbus’ newly discovered spices was nothing but flavourless tree bark. In his subtle inclusion of iconic motifs from art history, Nanxing’s Spices show how one subject can reverberate through time. Though Spice No.7 (2017) may resemble a generic Last Supper, it is in fact the structural arrows which assume centre ground and the precise devices which evoke Nanxing’s Chinese education of the Old Masters.

Spice No.3 (2016) references the permutations of one particular motif: the nude descending the staircase. From Gerhard Richter’s Ema (Nude on a Staircase) (1992), to Marcel Duchamp’s seminal Nude Descending a Staircase, No. 2 (1912), and Edward Burne-Jones’s The Golden Stairs (1876-1880), Nanxing emphasises how symbols become canonised, though his grafting of a flat, graphic parrot destabilises the scene. More than reflecting European genre-painting from the sixteenth century, the incursion of the parrot gestures toward the patterns of mimicry, repetition and appropriation that have defined the course of art history.

As a final physical expression of the title, each location of Thomas Dane Gallery has been painted in a single hue of green and pink respectively—a visual pun on the lurid tones of Kung Pao Chicken, which subverts the ubiquitous “white cube” aesthetic.