“The artist should not only paint what he sees before him, but also what he sees in himself.”
—Caspar David Friedrich

The exhibition intersperses the work of the two painters, conjuring a dialogue between them grounded in their shared, quasi-Romantic sensibility.

Both artists create figurative paintings drawn from and set in dreamlike spaces. The backgrounds in the works of both artists are hazy, indistinct and ambiguous. The atmospheres in Orr’s paintings evoke the painting effects seen in the skies of J.M.W. Turner and Caspar David Friedrich – soft, uncertain passages of light built up through layers of translucent washes and pigments. In Xie Lei’s luminous, almost neon paintings, the backgrounds are often flat and abstract or generically natural; water, mountains, vegetation. Mostly the spaces in the paintings by both artists, are shallow, sometimes even claustrophobically so, frustrating expectations of pictorial depth and foregrounding the subjects, placing them, as it were, dramatically, centre stage.

Archetypes, stereotypes and symbols populate the works. The people in Orr’s paintings are, judging from their clothes, visitors from 1950’s Britain. They look safe and wholesome and uncannily in the wrong place – accidental tourists in Orr’s phantasmagoric creations – dutifully starting into sublime voids. In Xie Lei’s works the humans and animals are more anonymous, more purely archetypal, figures powerfully evoked, but without individual features – ghost forms his nether world – compelling, dark, threatening even. Like dreams these works are deeply allusive, full of opaque meanings.

In an age in thrall to empires being built in digital space the works of Xie Lei and Orr and timely reminders that we all, already, carry virtual worlds within us. They are powerful messages sent to us from the infinite lands of the imagination.

This show will be Xie Lei’s first exhibition in the UK.

Orr’s works have been exhibited widely, including in a solo show “A Stone Walks Slowly Under A Cloud” at La Borie, Solignac in France in 2019, ‘The Beguiled Eye’ at Talbot Rice Gallery in University of Edinburgh, Scotland in 2013. “Light Shining Darkly” at Kunsthaus Baselland in 2013, another one “Christopher Orr”at the Hauser and Wirth, Zürich in 2010. Notable group exhibitions including “Foncteur d’oubli” at FRAC ile-de-Paris in 2019, “No New Things Under the Sun” at the Royal Academy (London U.K., 2010), “2007 Old School” at the Hauser and Wirth, Zürich in 2007, another one “London in Zürich” curated by Gregor Muir in 2005, Tate Triennial in 2006, “(…) The Duck Was Still Alive” at CAC Meymac in France in 2005 and “Ideal Worlds” at Schirn Kunsthalle in Frankfurt Germany in 2005.

Courtesy of the artists and HDM Gallery 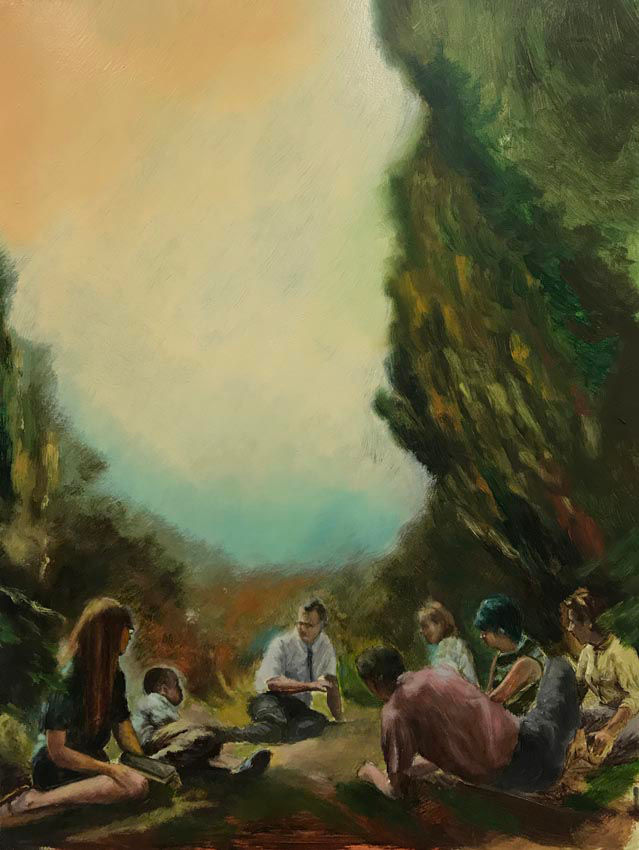