Sean Kelly is delighted to present jing-atmospheres, Wu Chi-Tsung’s first solo exhibition at the gallery and indeed the United States. Chi-Tsung’s innovative body of work encompasses a broad range of media including photography, video, installation, and painting, in which he combines traditional and contemporary forms and methodologies to explore perceptions of the physical and natural worlds. This exhibition features new Cyano-Collages, videos, and an immersive film installation. 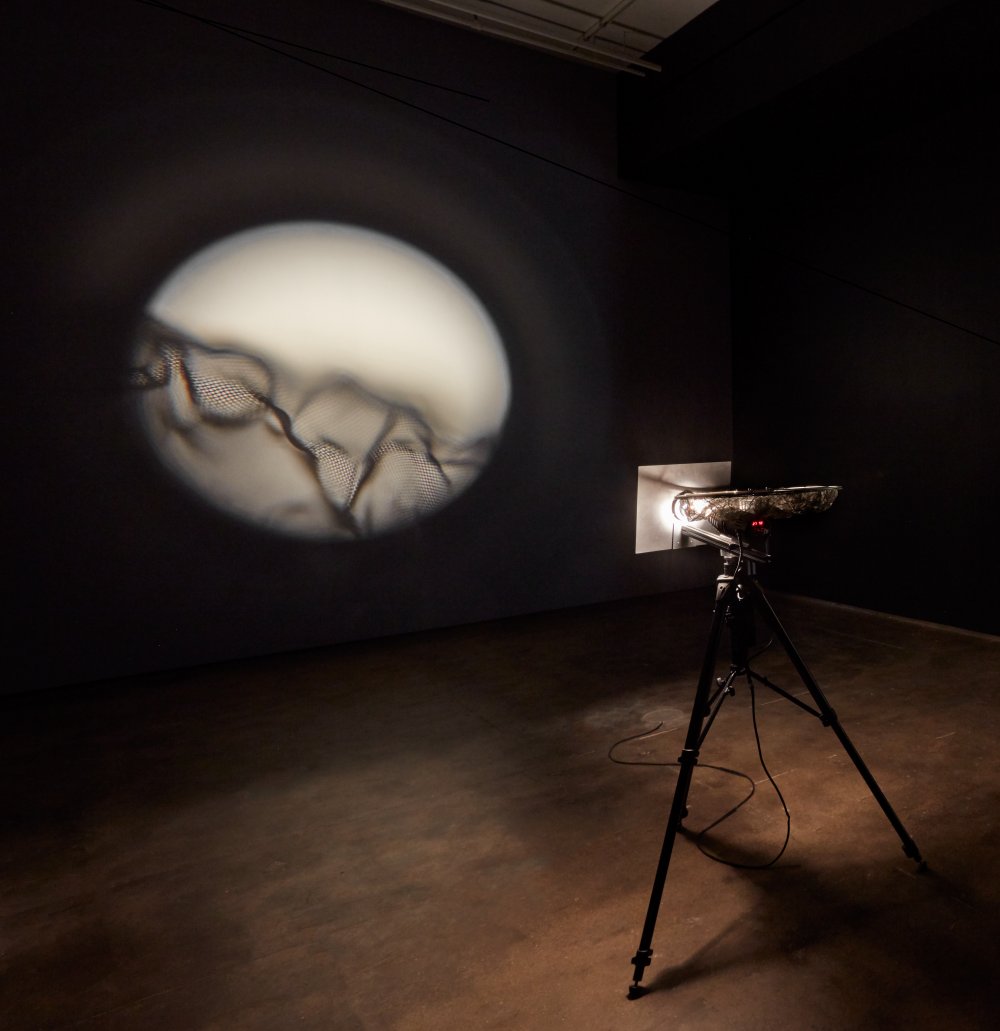 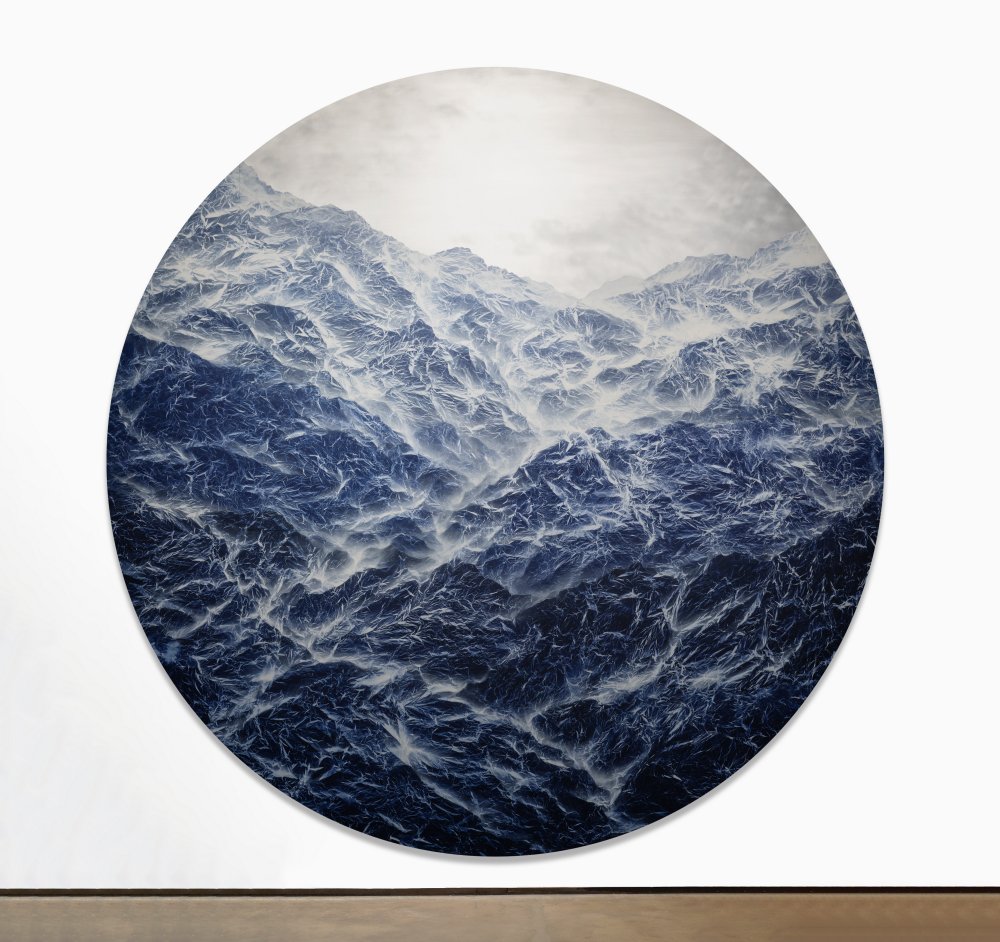 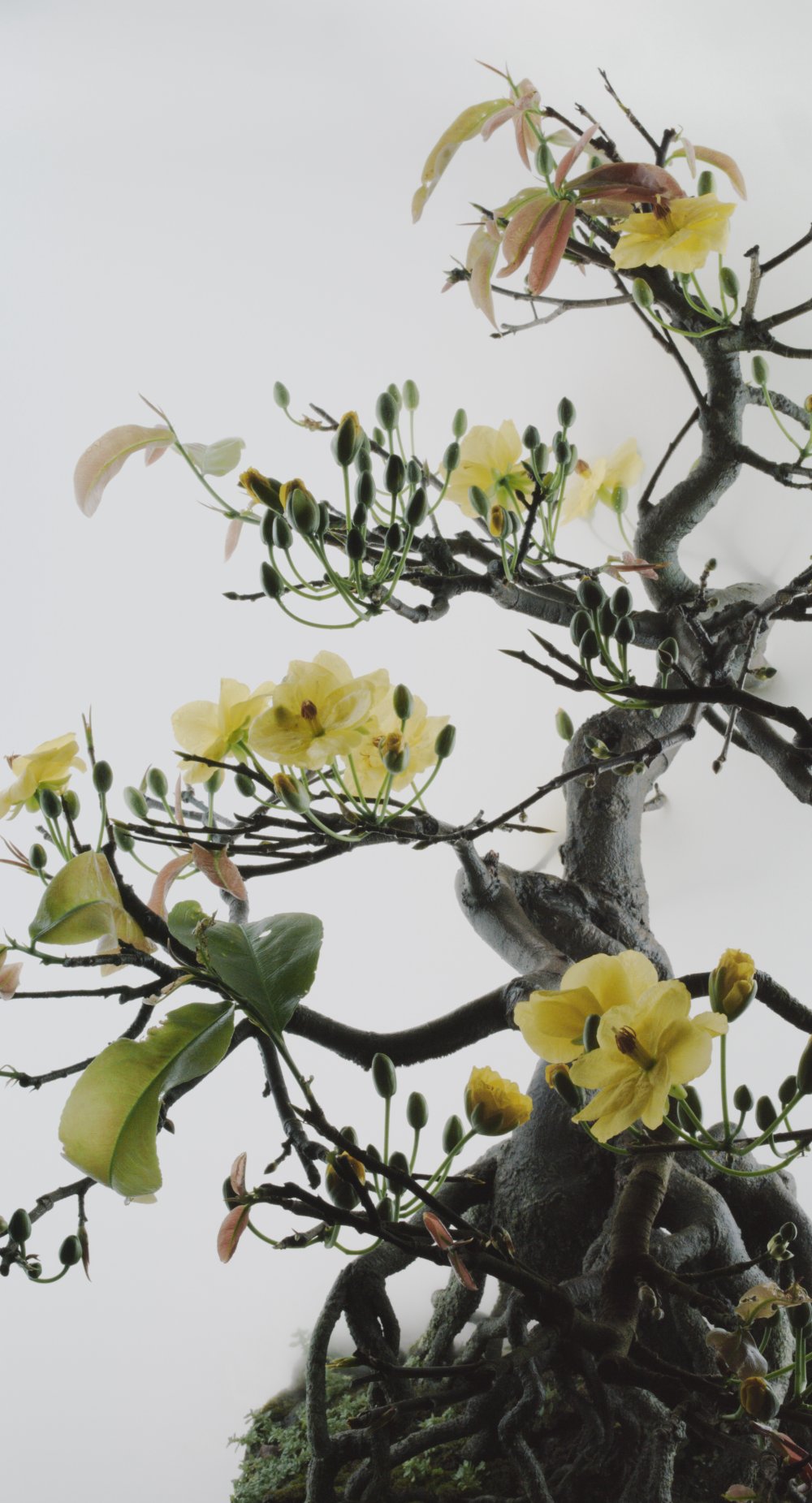 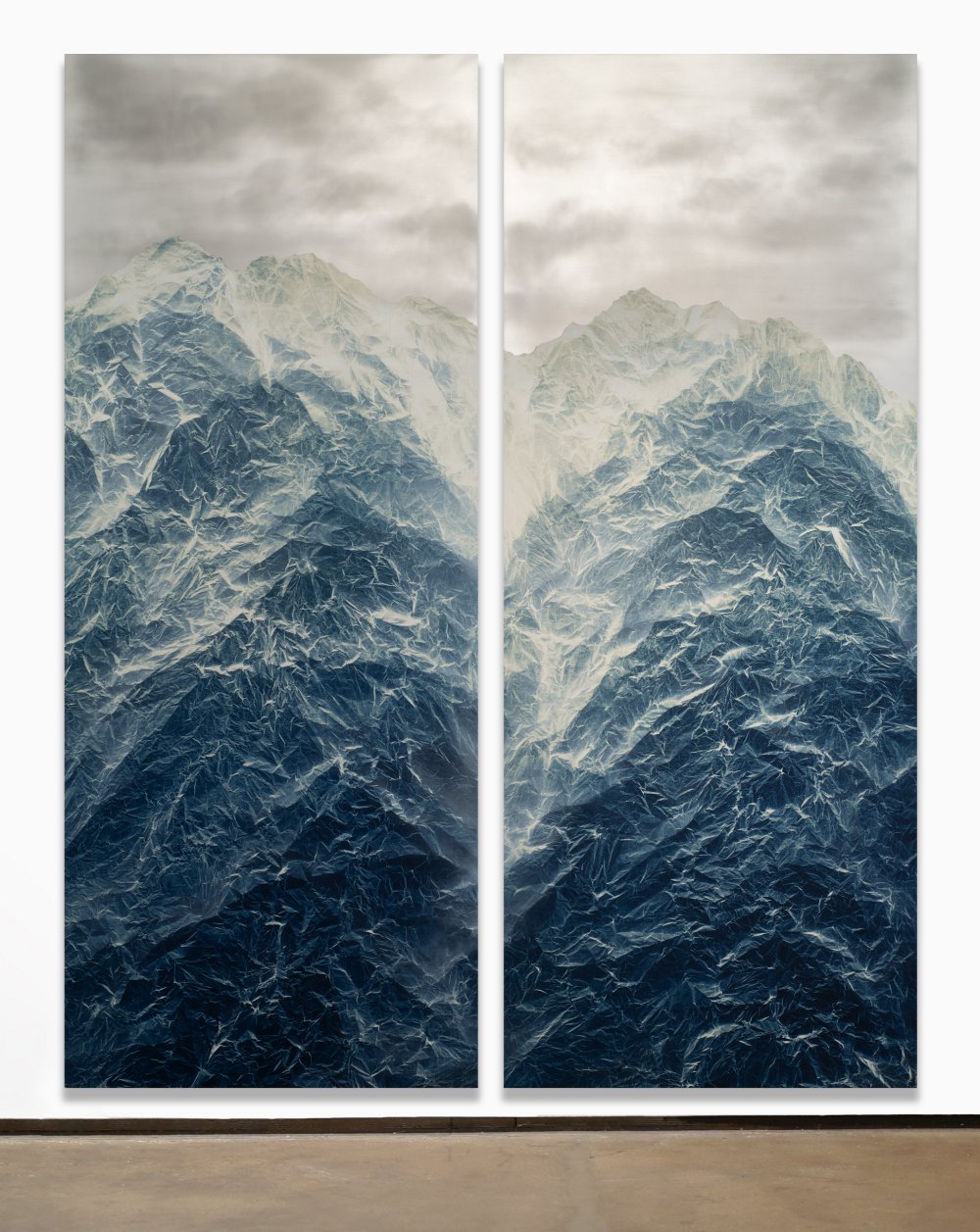 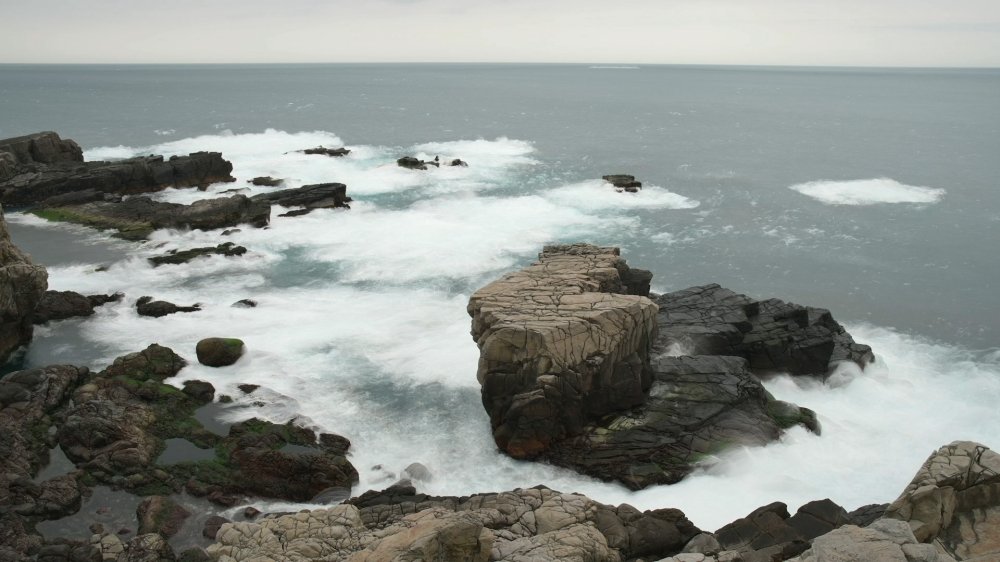 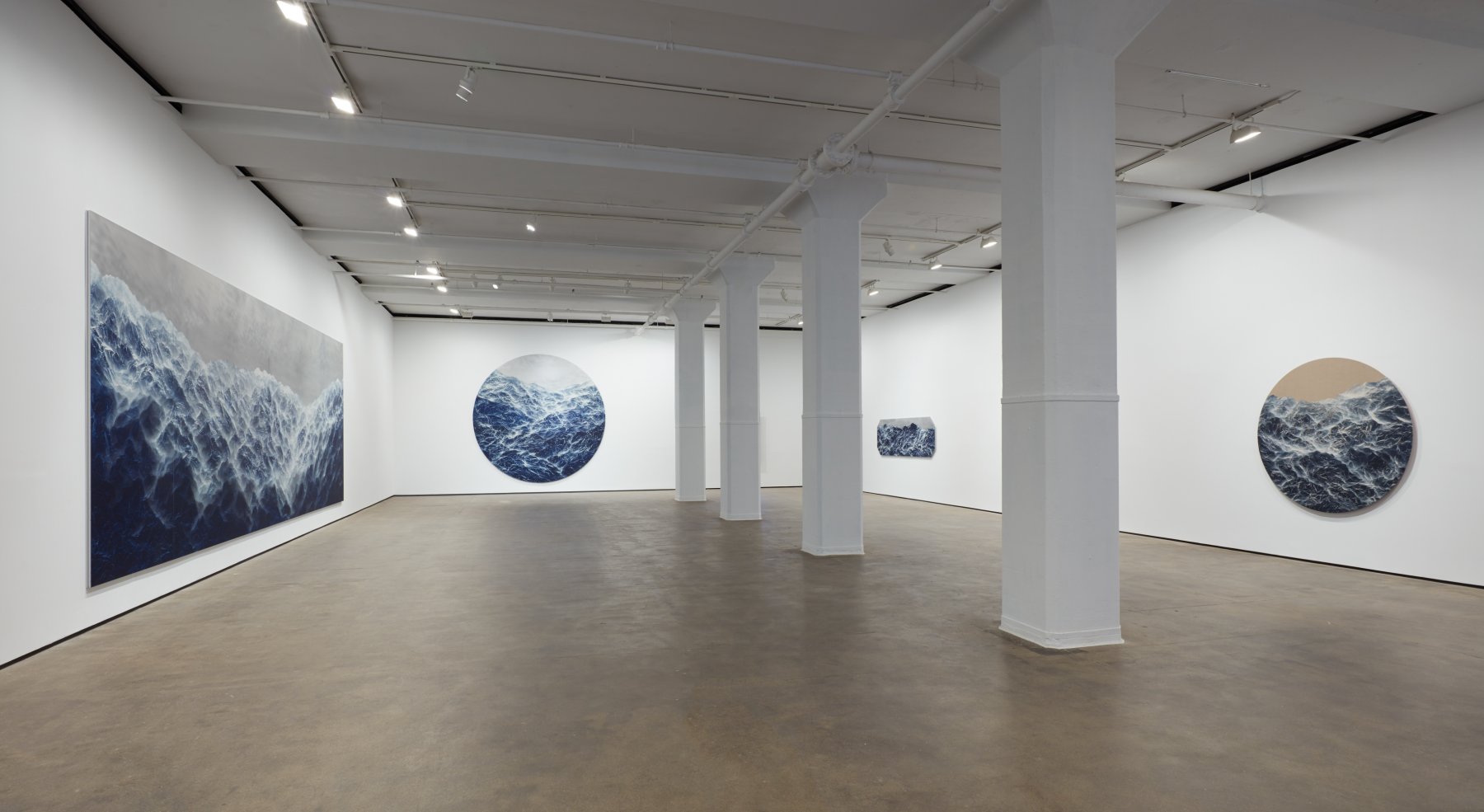 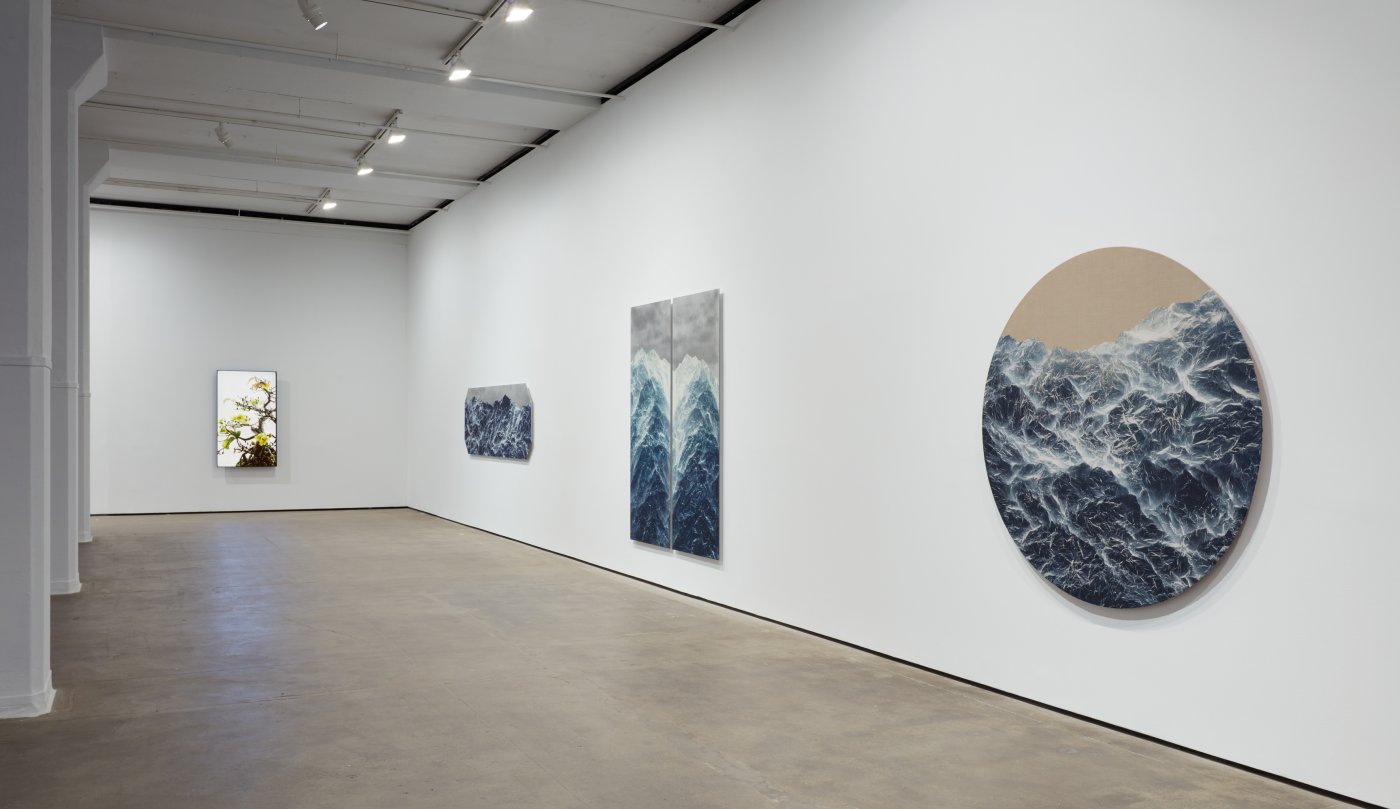 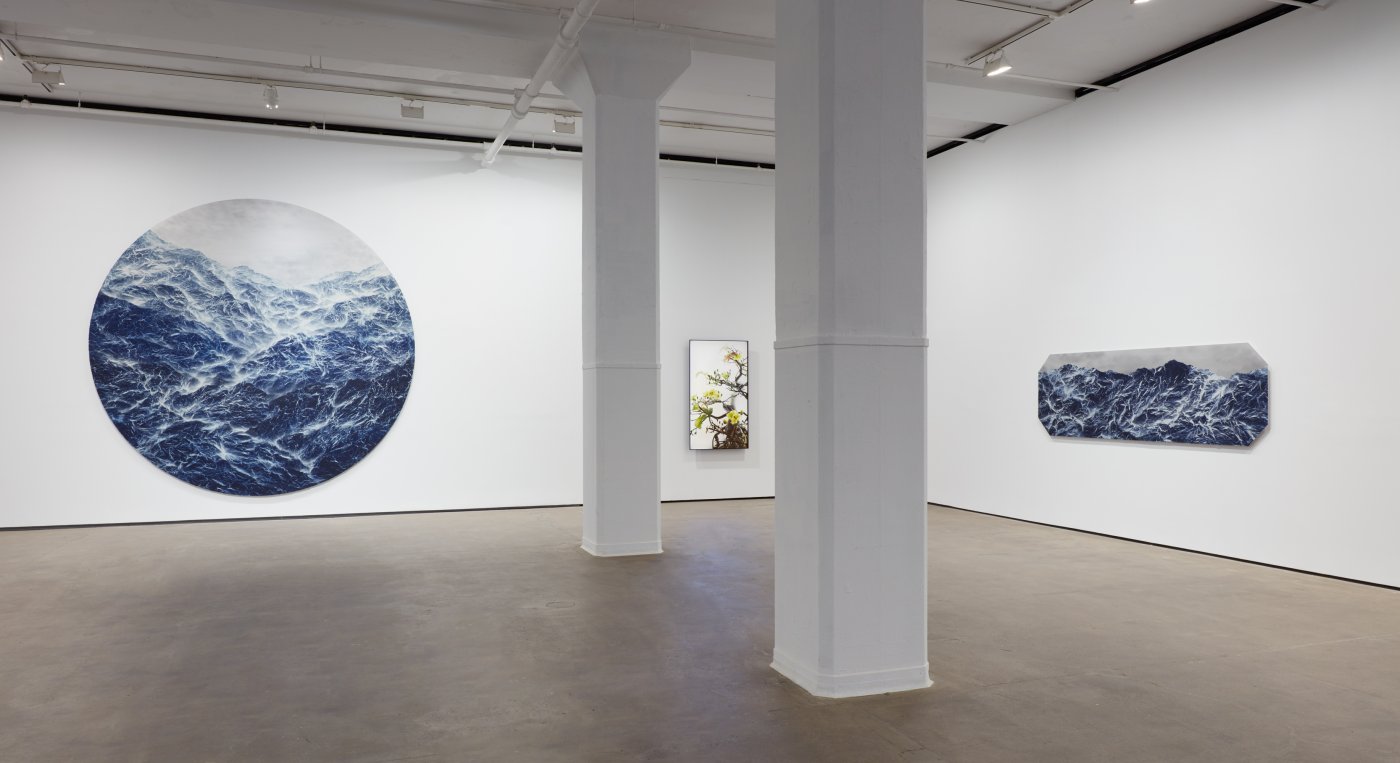 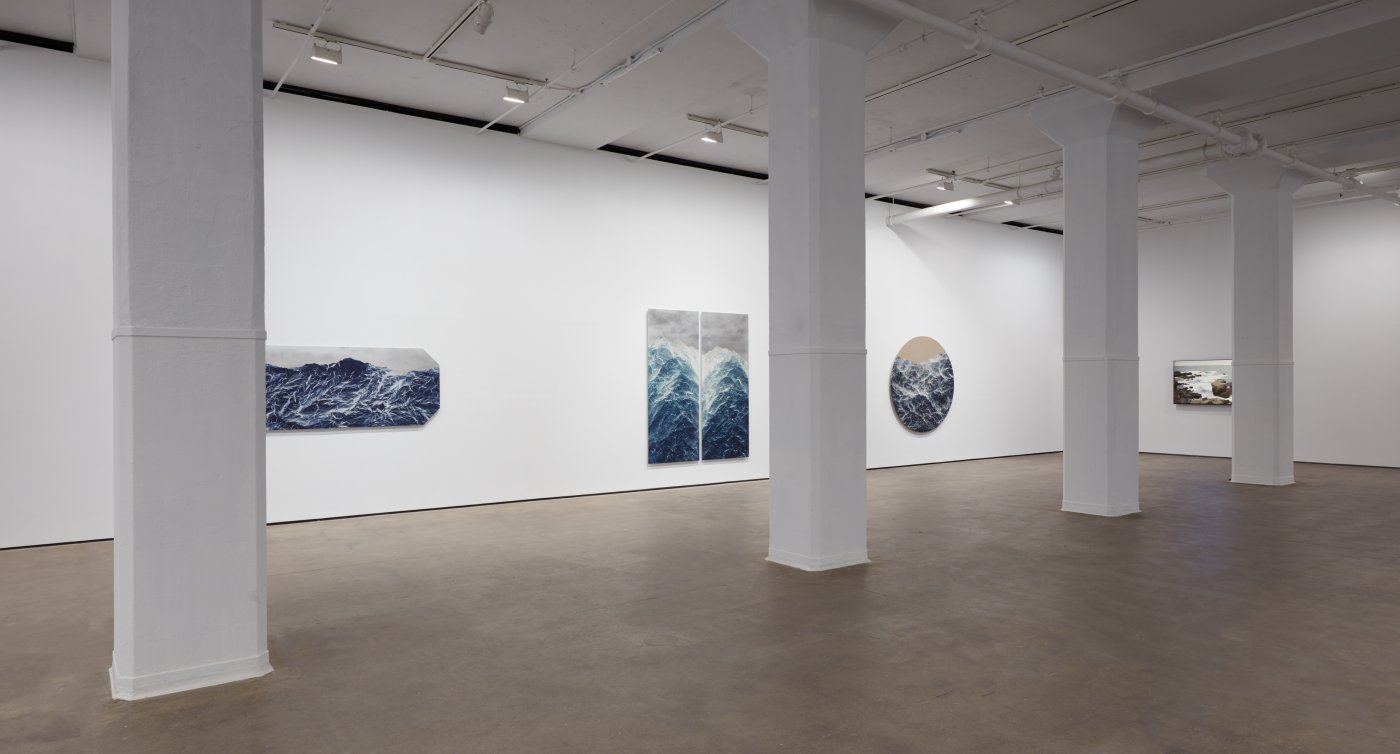 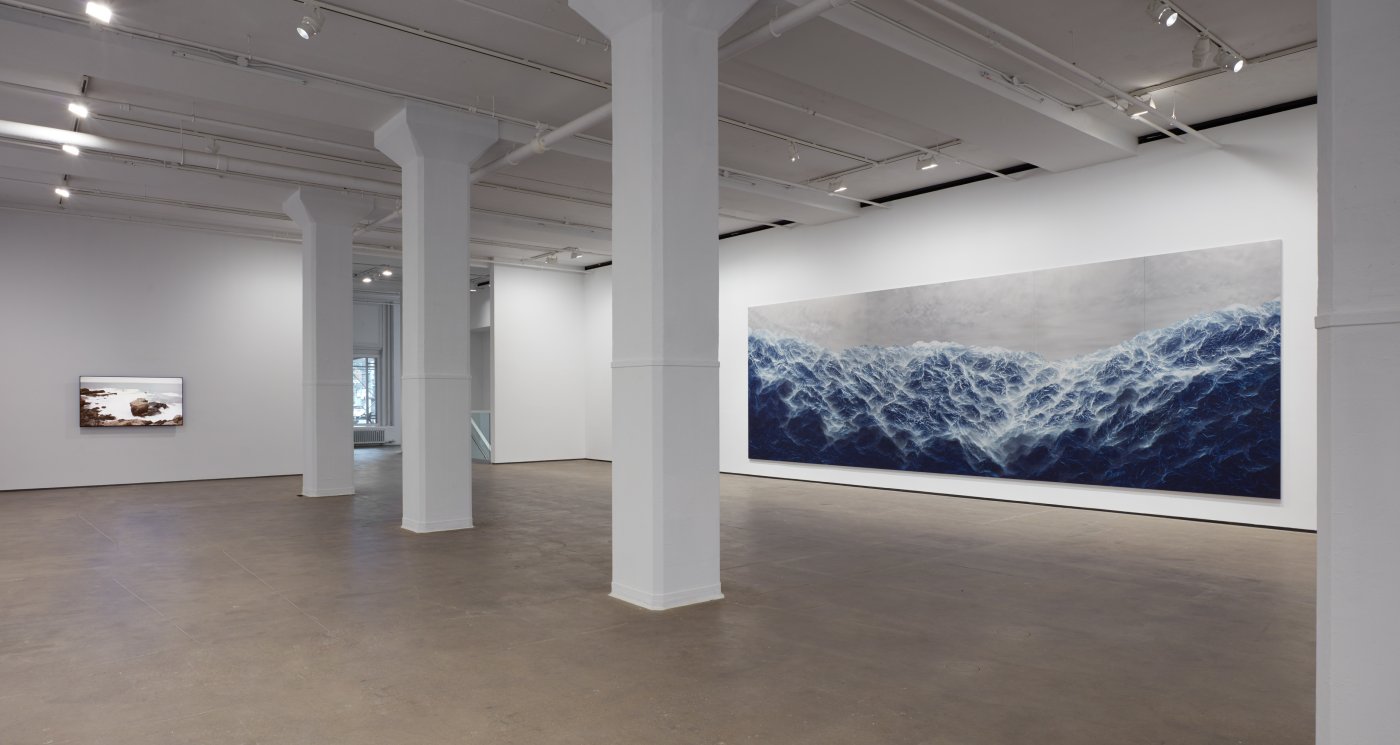 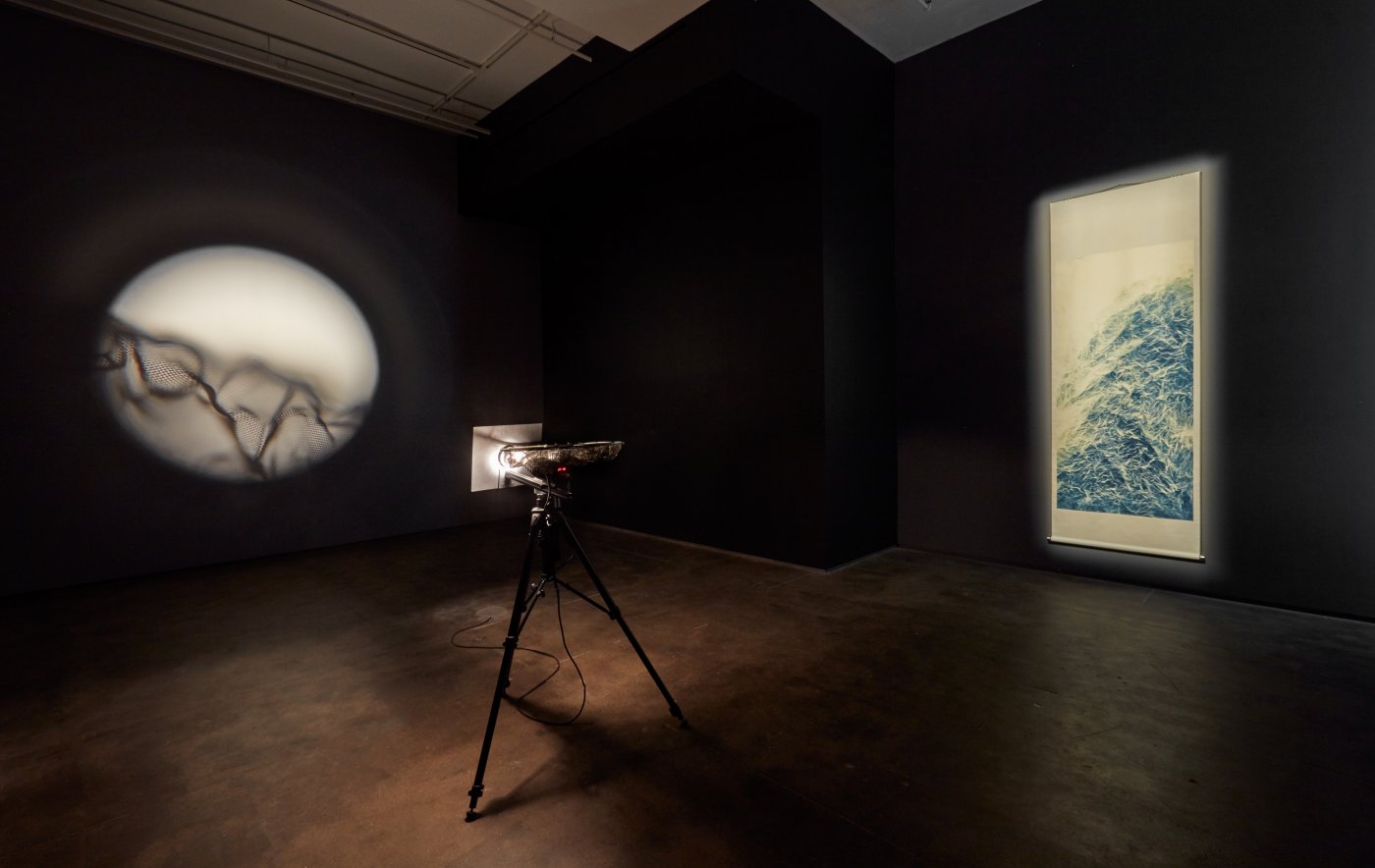 Wu Chi-Tsung was trained from an early age in the traditions of Chinese calligraphy, Chinese ink painting, watercolor, and drawing, and worked in these time-honored idioms for many years. While those practices still inform his process, Chi-Tsung’s current work seeks to understand how media and technology are manipulated to represent our relationship to the world. In the main gallery, there are new iterations of his Cyano-Collage series, in which he connects Eastern and Western culture and art to integrate traditional aesthetics within a striking contemporary language. His Cyano-Collages replace the traditional ink and brush used in Chinese shan shui paintings –literally, “mountain-water-pictures”—with experimental photography to reinvigorate the traditional landscape language. To create these stunning images, Chi-Tsung prepares hundreds of cyanotype photographic papers—Xuan paper treated with a photosensitive coating—that are crumpled, exposed to sunlight, and then mounted onto aluminum, creating a spectrum of tonalities. The results are collaged images that resemble the mountainous landscapes often found in Chinese shan shui paintings, but which are produced using completely a contemporary process.

Utilizing video, installation, and photography, Wu Chi-Tsung discovered in these new media compelling conceptual stratagems that spurred new and dynamic approaches to image making. Featured in the main gallery are two new films from Wu Chi-Tsung’s Still Life series, that conceptually translate motifs of traditional cut-branch flower painting into time-based moving images. Describing these works, Chi-Tsung stated that they are inspired, “by a cherished memory of painting; however, the mourning over this lost memory might not be limited to painting only. Some nameless emotions and memories unconsciously and slowly dissipate until, to our surprise, they are far away and cloaked by a white mist, their appearances obscured.”

In the front gallery, is a work from Wu Chi-Tsung’s Wire series, begun in 2003. Applying a structure similar to a magic lantern – an early type of image projector that used a light source, pictures printed on transparent plates, and one or more lenses – Chi-Tsung’s Wire VI, uses an automated mechanical control to repeatedly adjust the focal length of a camera trained on a single piece of wire mesh. A strong light illuminates the mesh and is directed through a large camera lens that projects a continually evolving image onto the wall. The result is a moving image that suggests an exquisite Chinese landscape. With this work, Wu Chi-Tsung explores how images change the way we see and imagine the outside world.

In the lower gallery, Chi-Tsung’s 2006 installation, Dust, investigates the artist’s deep concern with our relationship to images. A camera, positioned at one end of the darkened gallery, has its lens focused on the light of a projector installed at the opposite end of the room. The camera is focused on the center of the room and sends a live video signal to the projector. Thus, a recording of the reflection of the circulation of dust particles moving about the room are projected on the wall, wavering and glimmering. As viewers progress through the space, disrupting the flow of air, the images of flickering dust change constantly and instantaneously. The emerging and hidden images in Chi-Tsung’s work suggests a new relationship between artist and media, image and viewer.