Petzel Gallery presents an exhibition of works on paper by artists Jorge Pardo, Seth Price, Pieter Schoolwerth, and Emily Mae Smith on the parlor floor of the gallery’s Upper East Side location at 35 East 67th Street. In this grouping we encounter the many forms – both physical and cerebral – that drawings can assume. Naturally, many of the works on view represent an element of the artist’s process in developing the larger-scale works we have come to know them by. 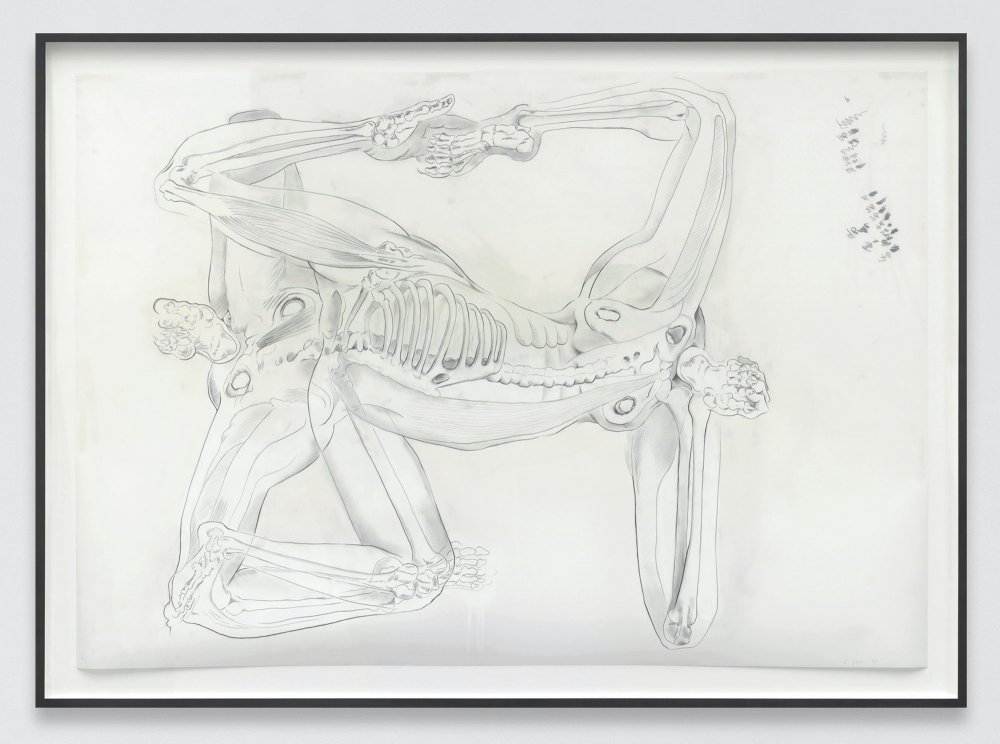 Seth Price
Tools Are Not Trustworthy, 2021 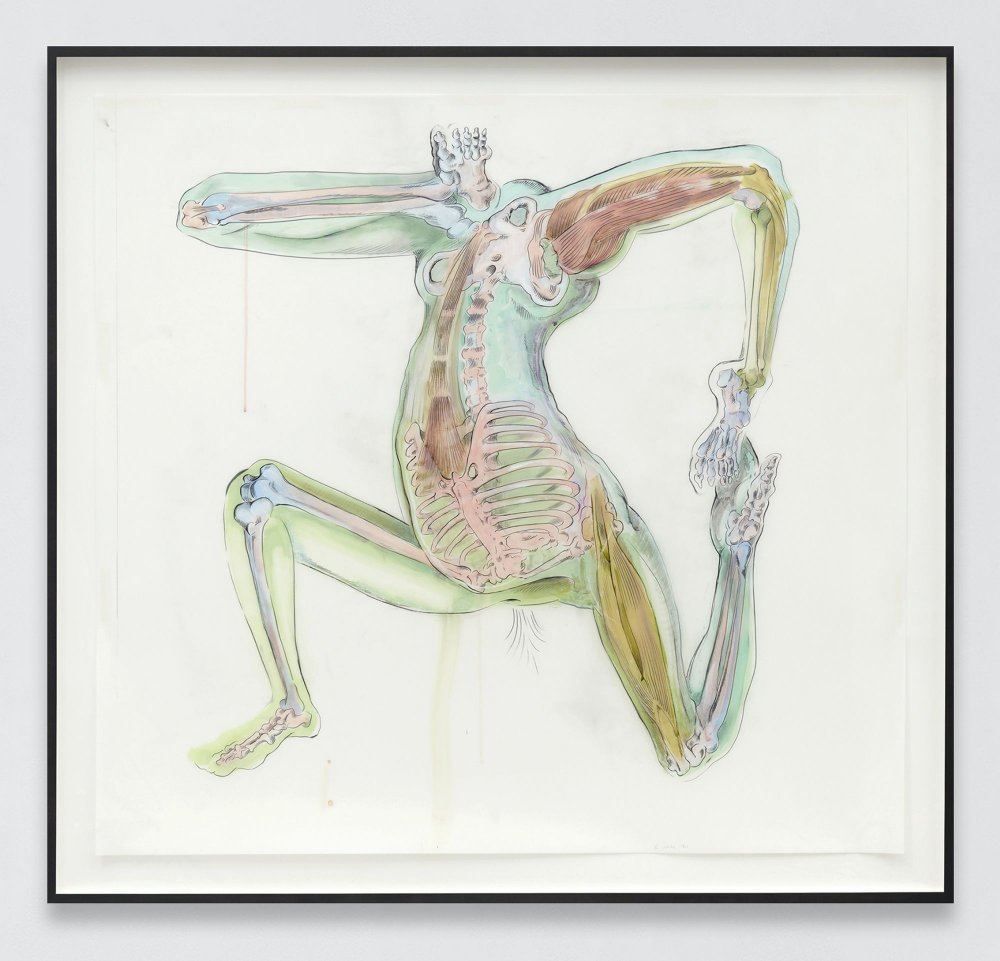 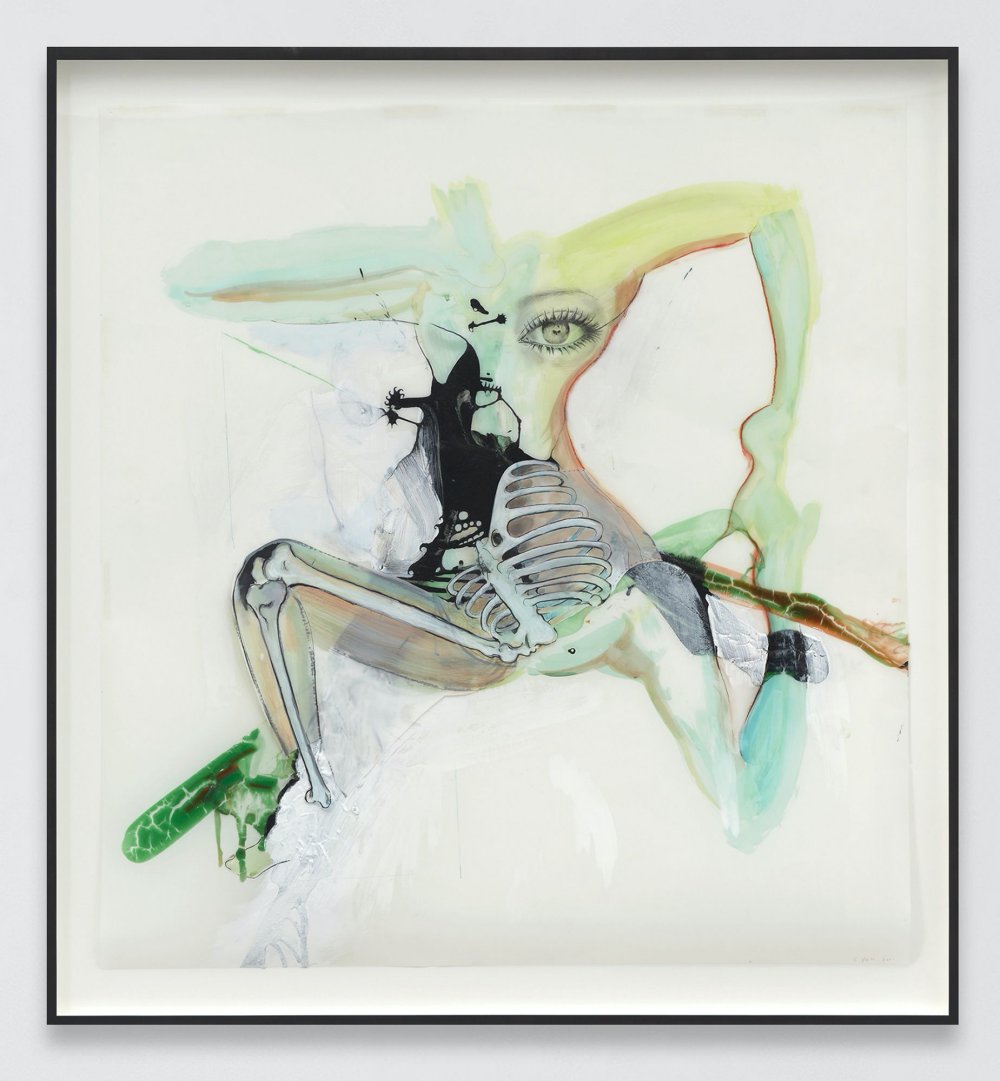 Seth Price
Words Should Be Misspelled, 2021 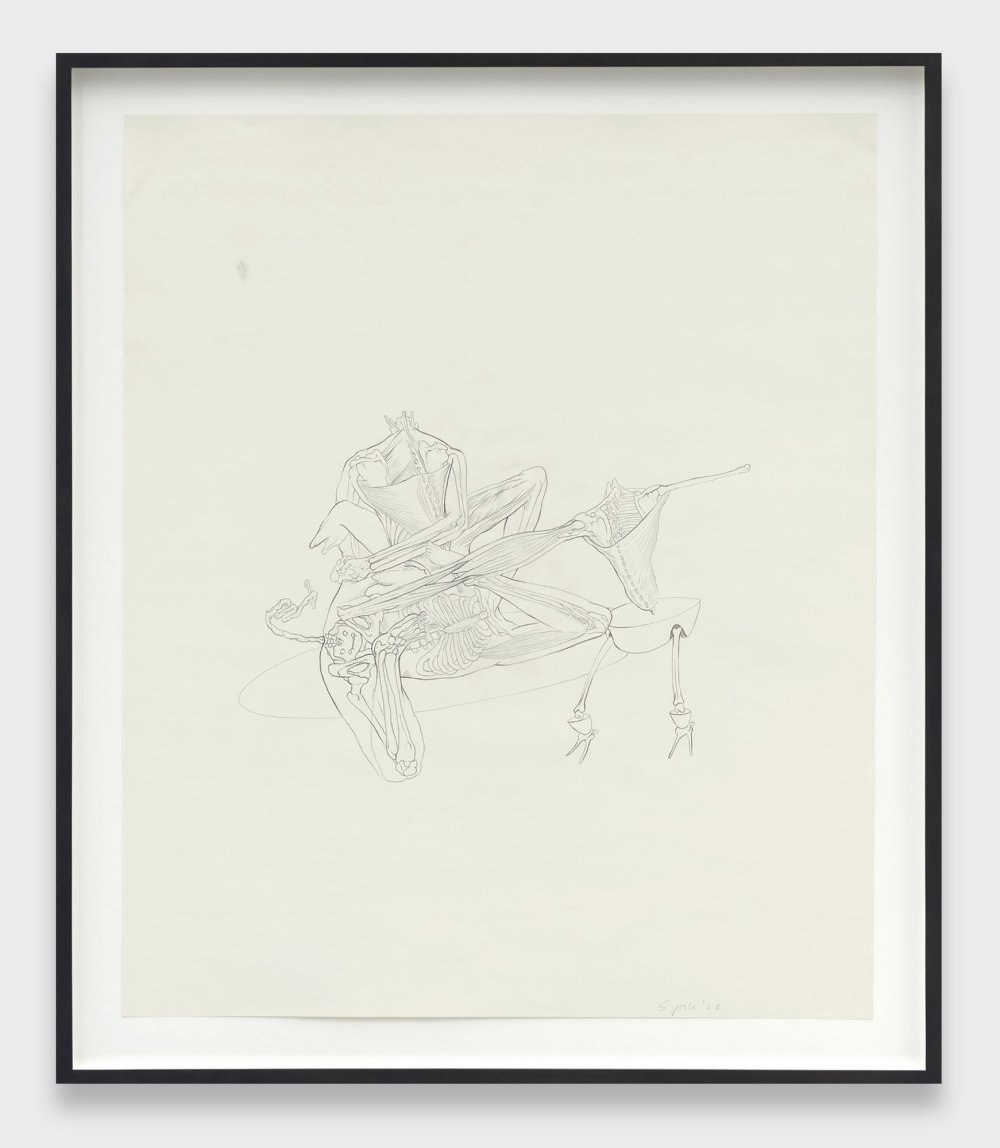 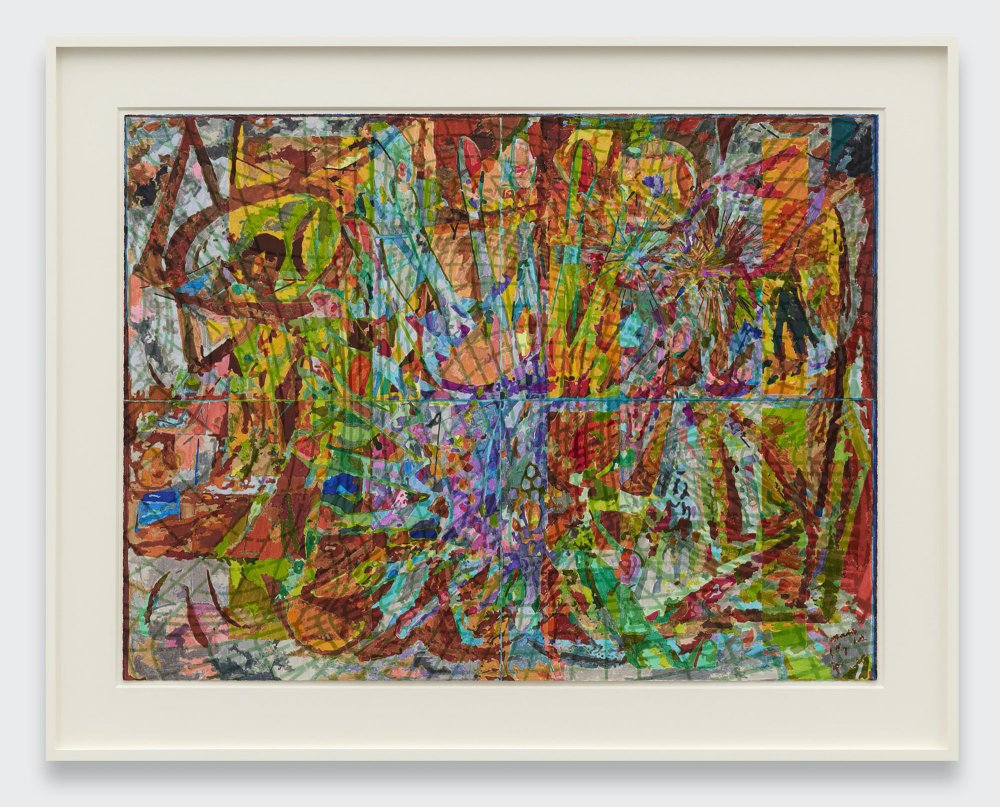 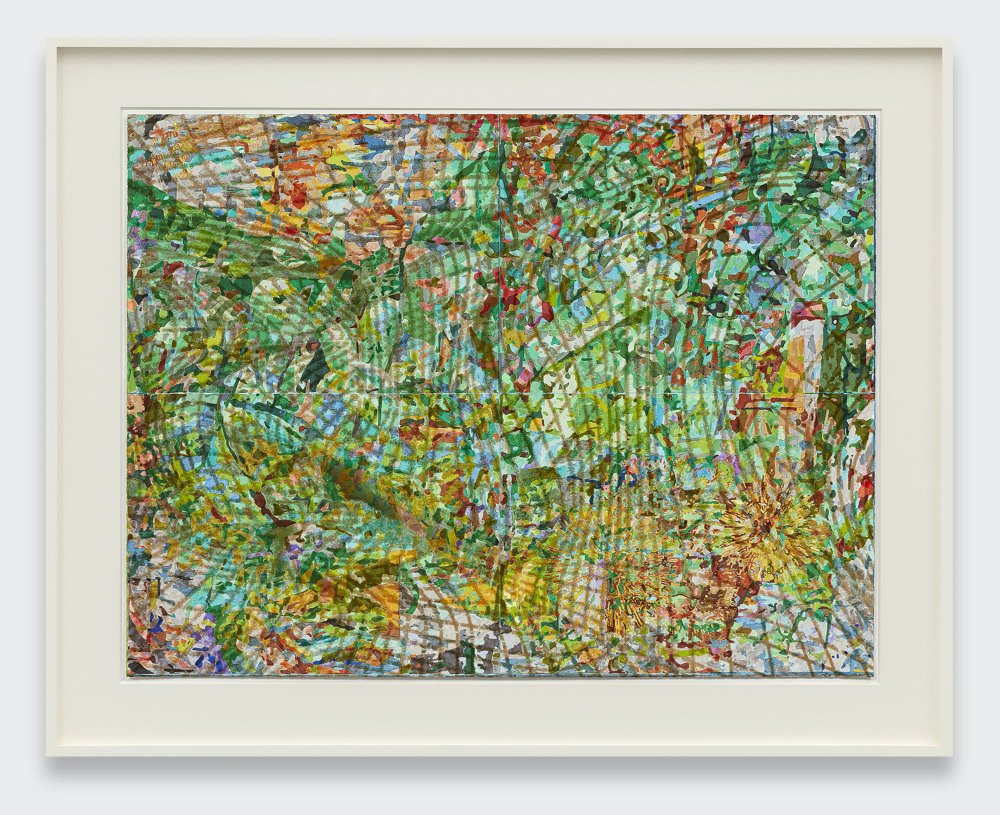 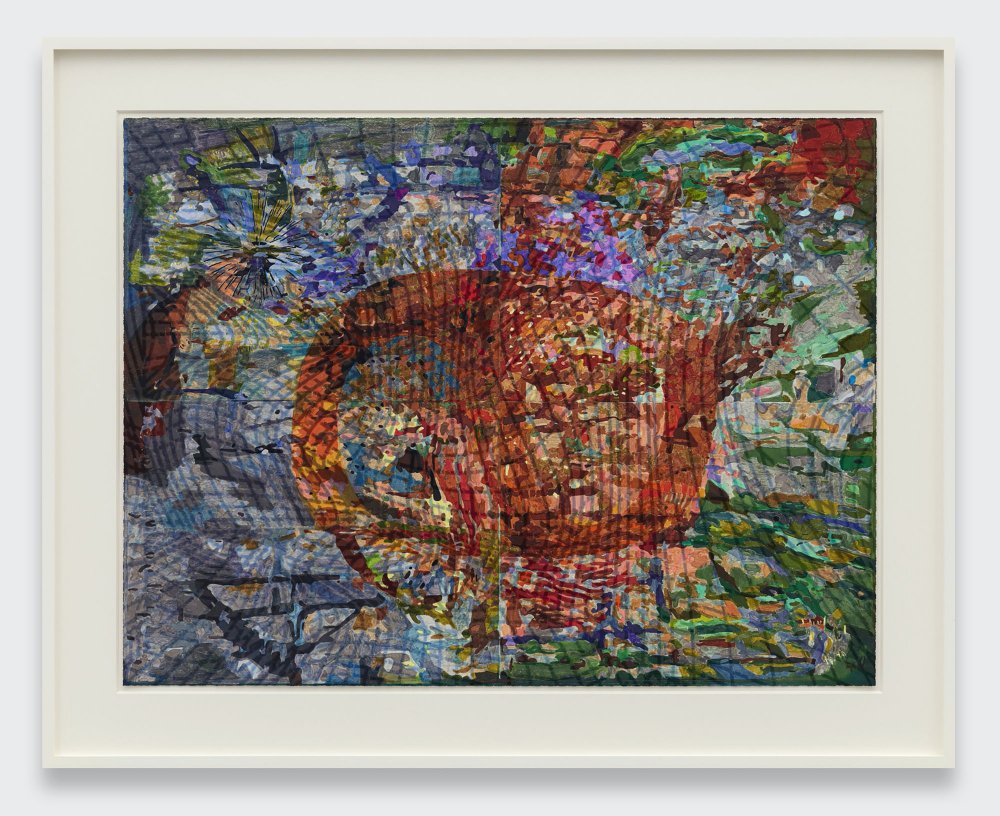 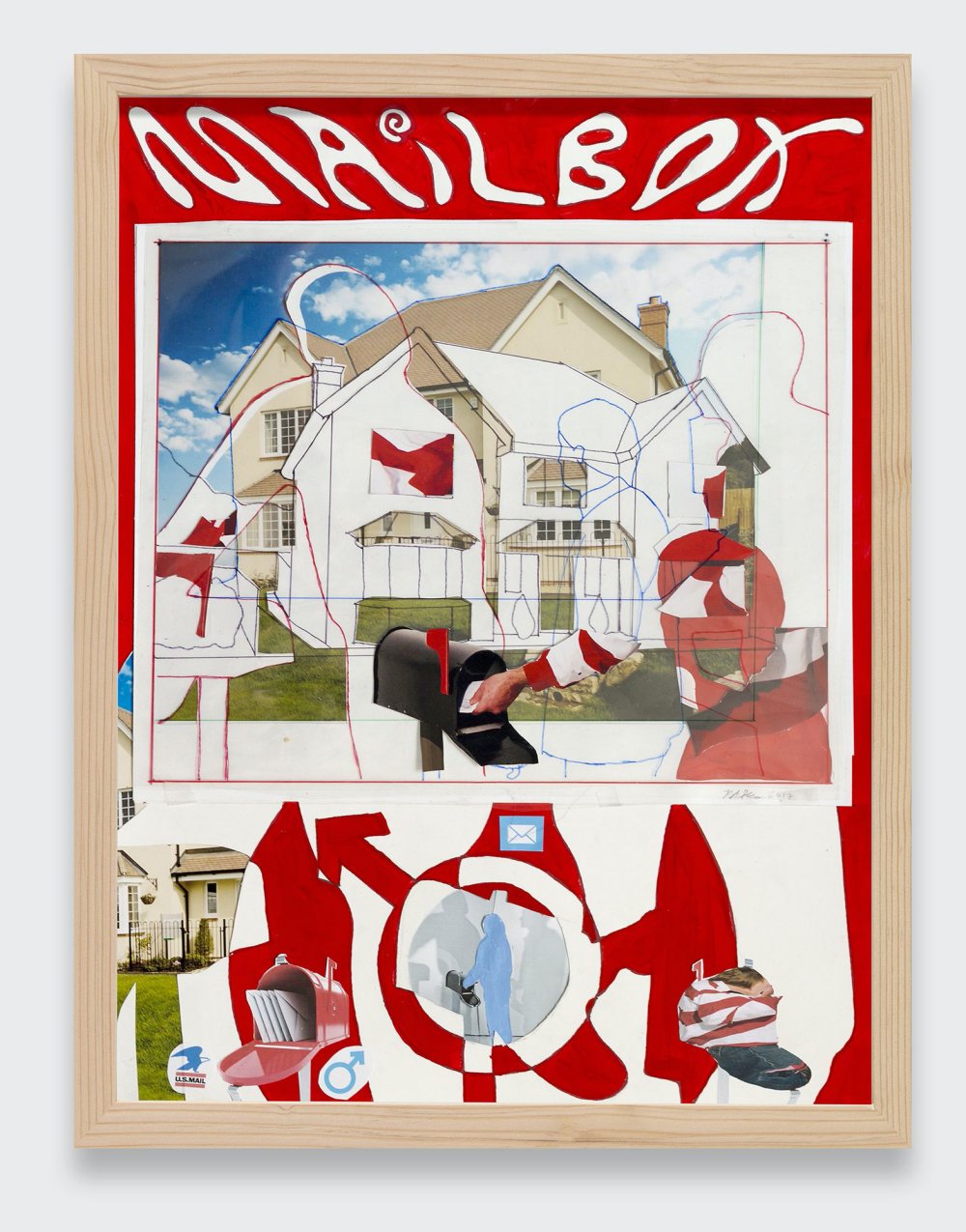 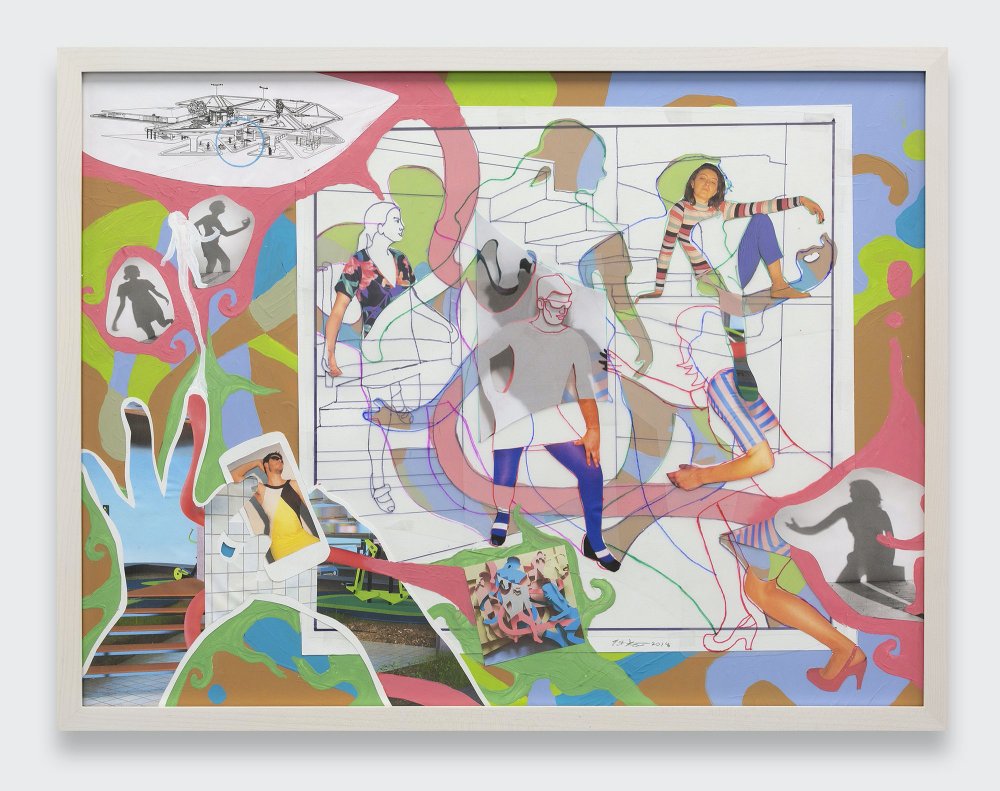 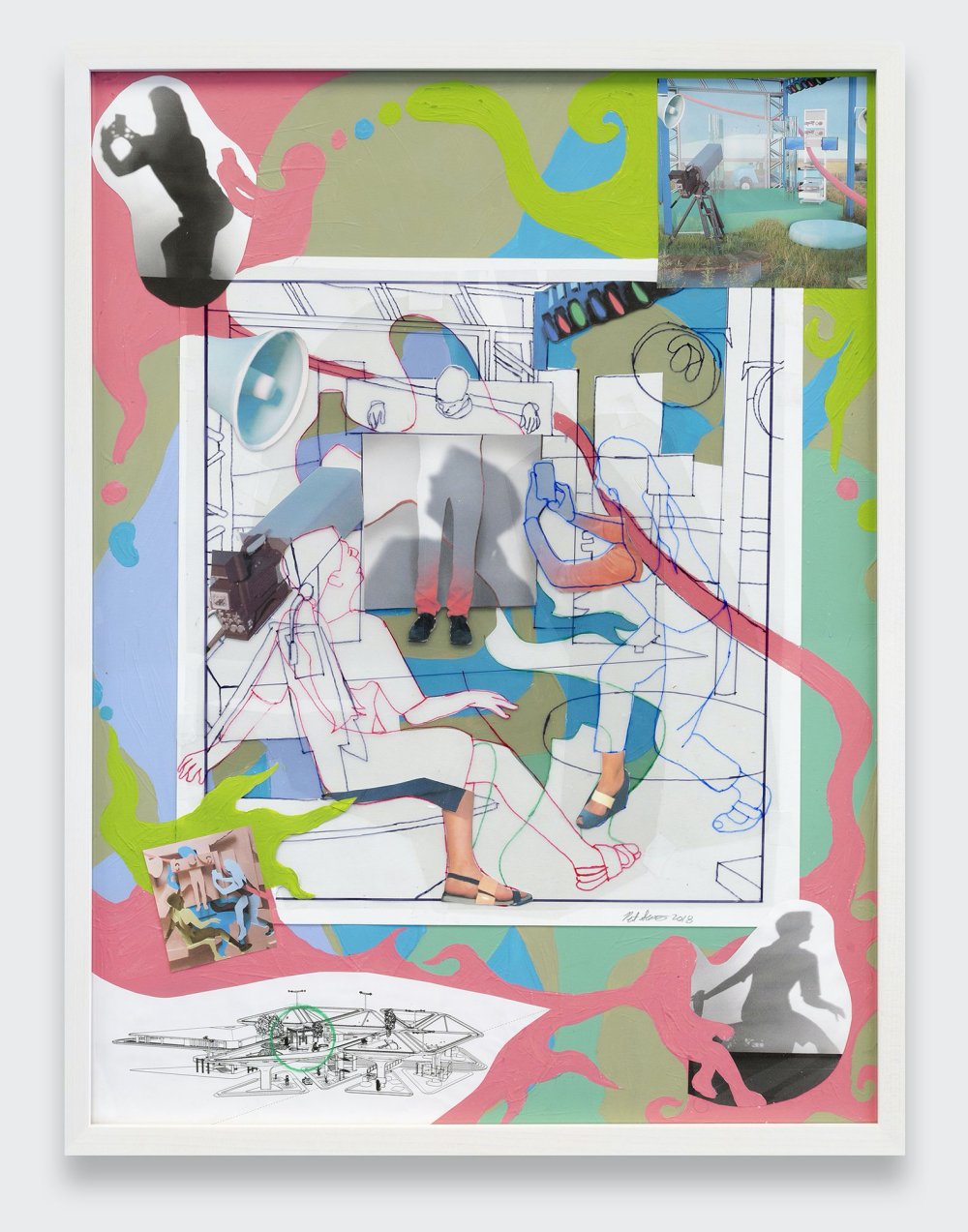 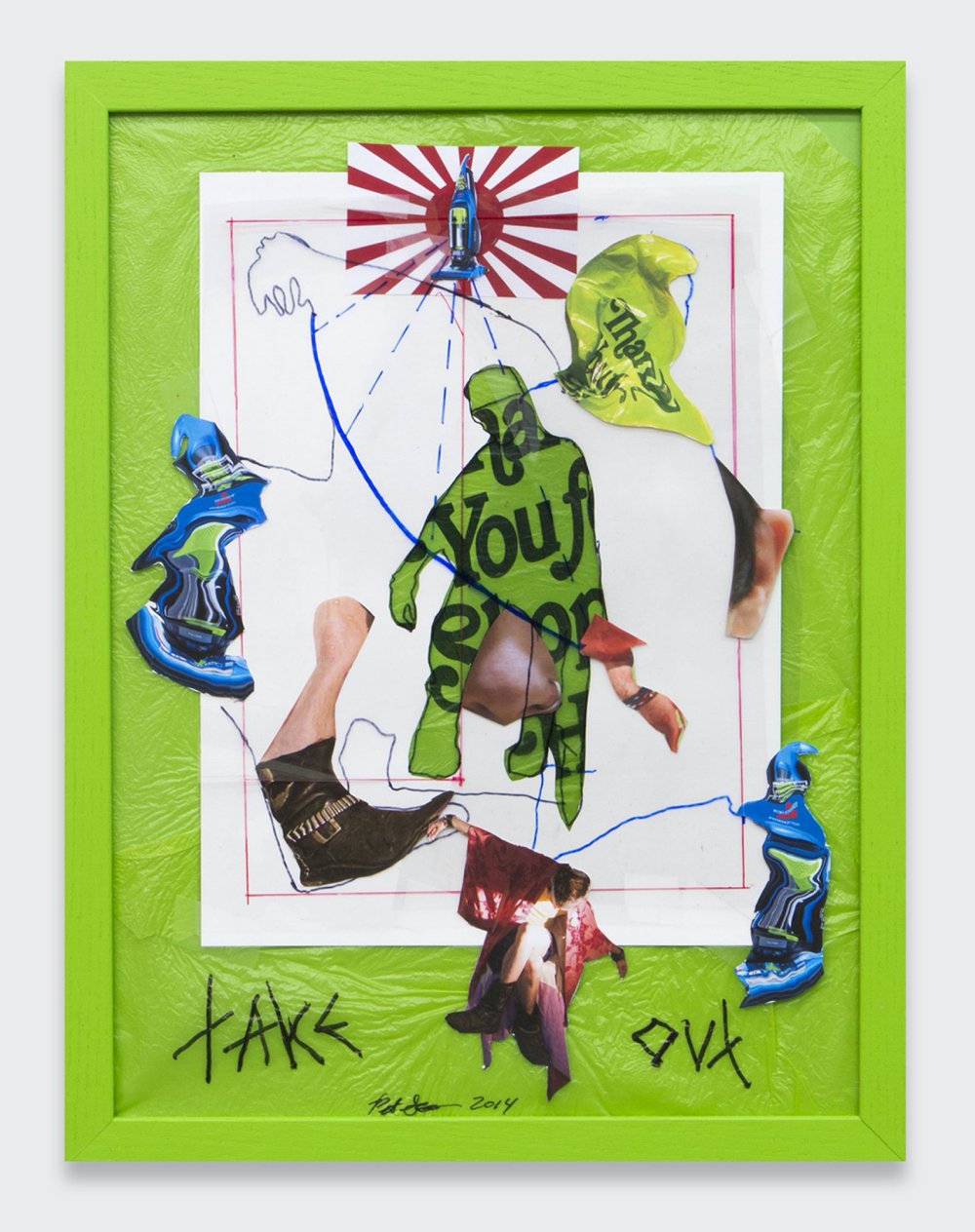 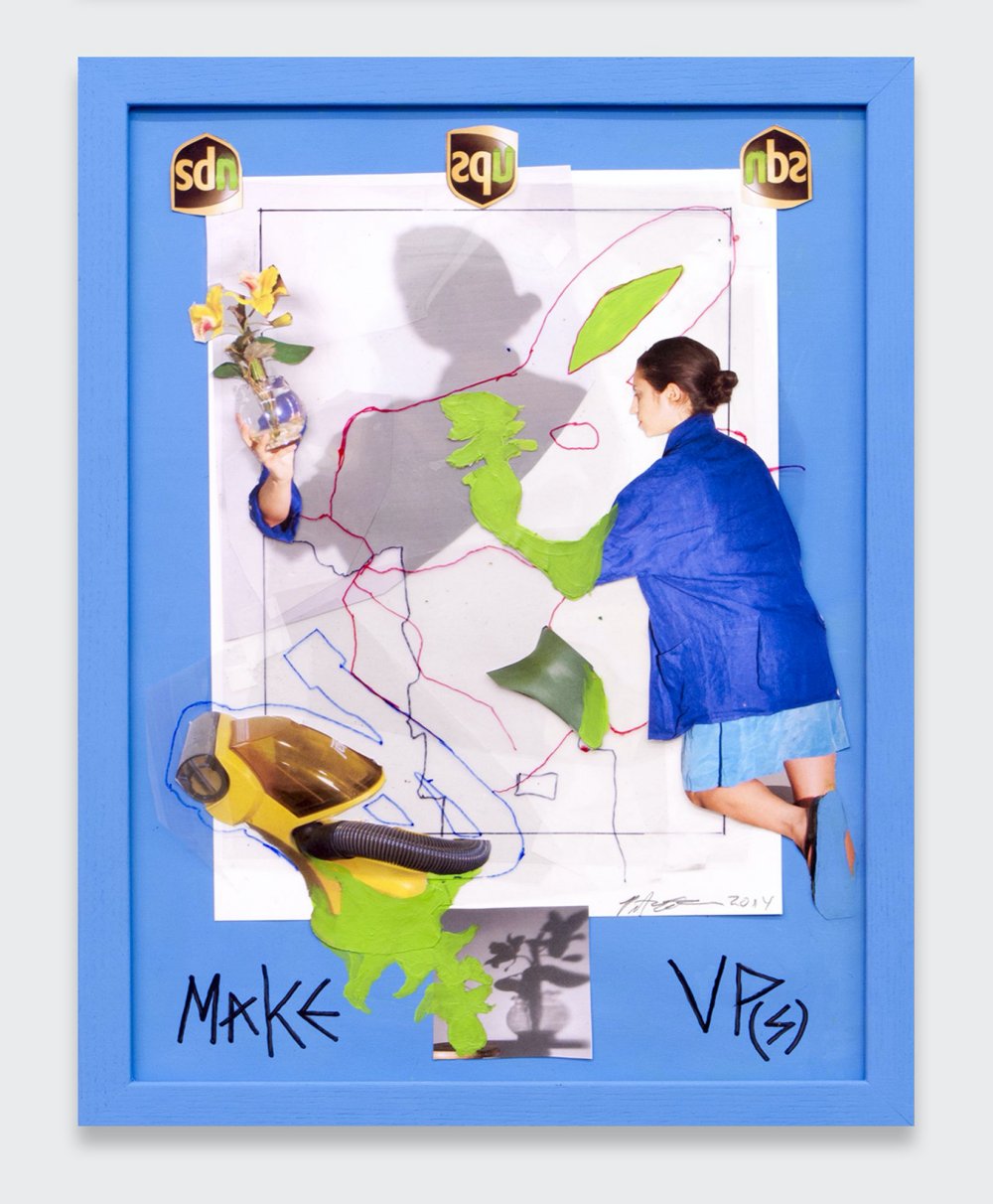 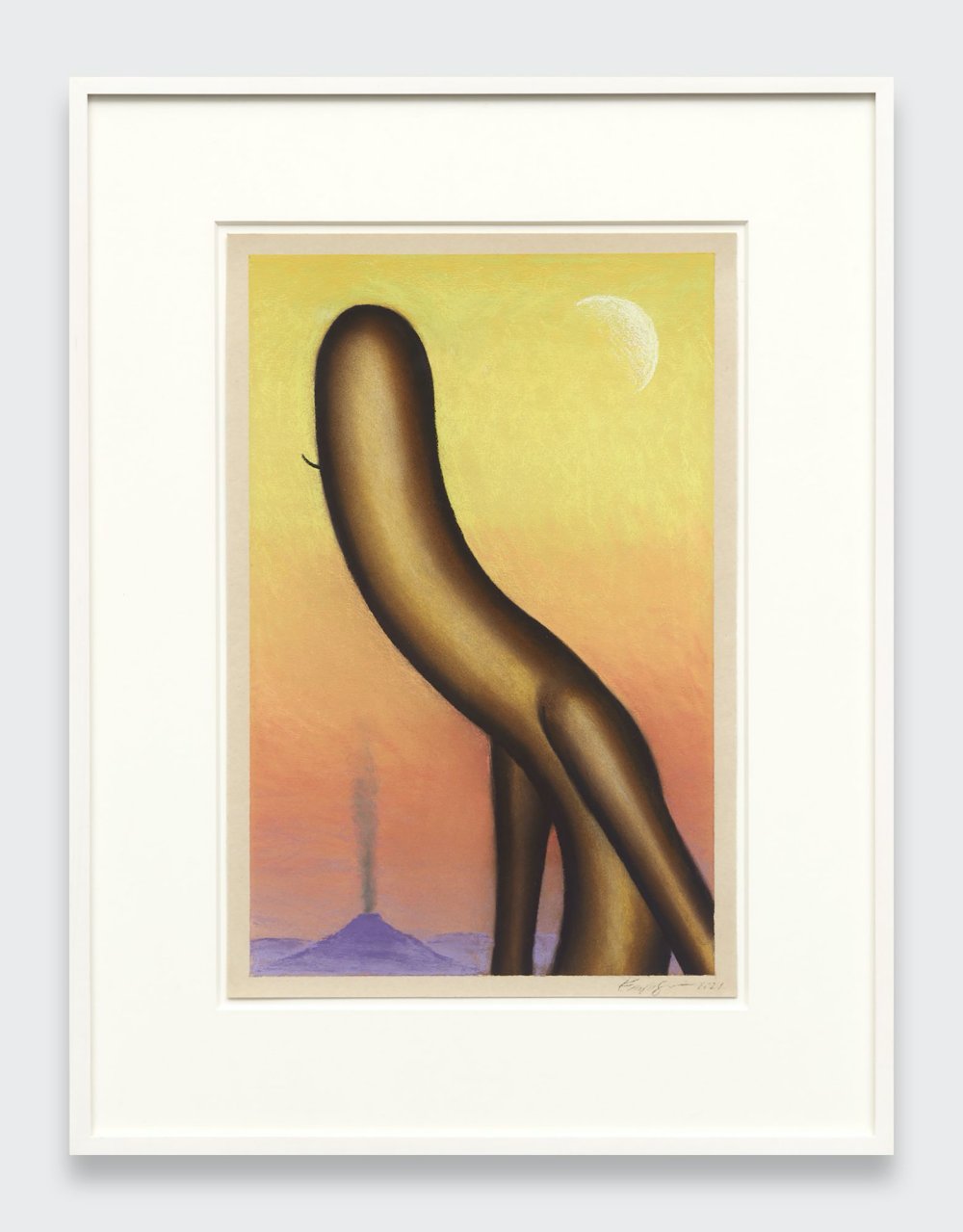 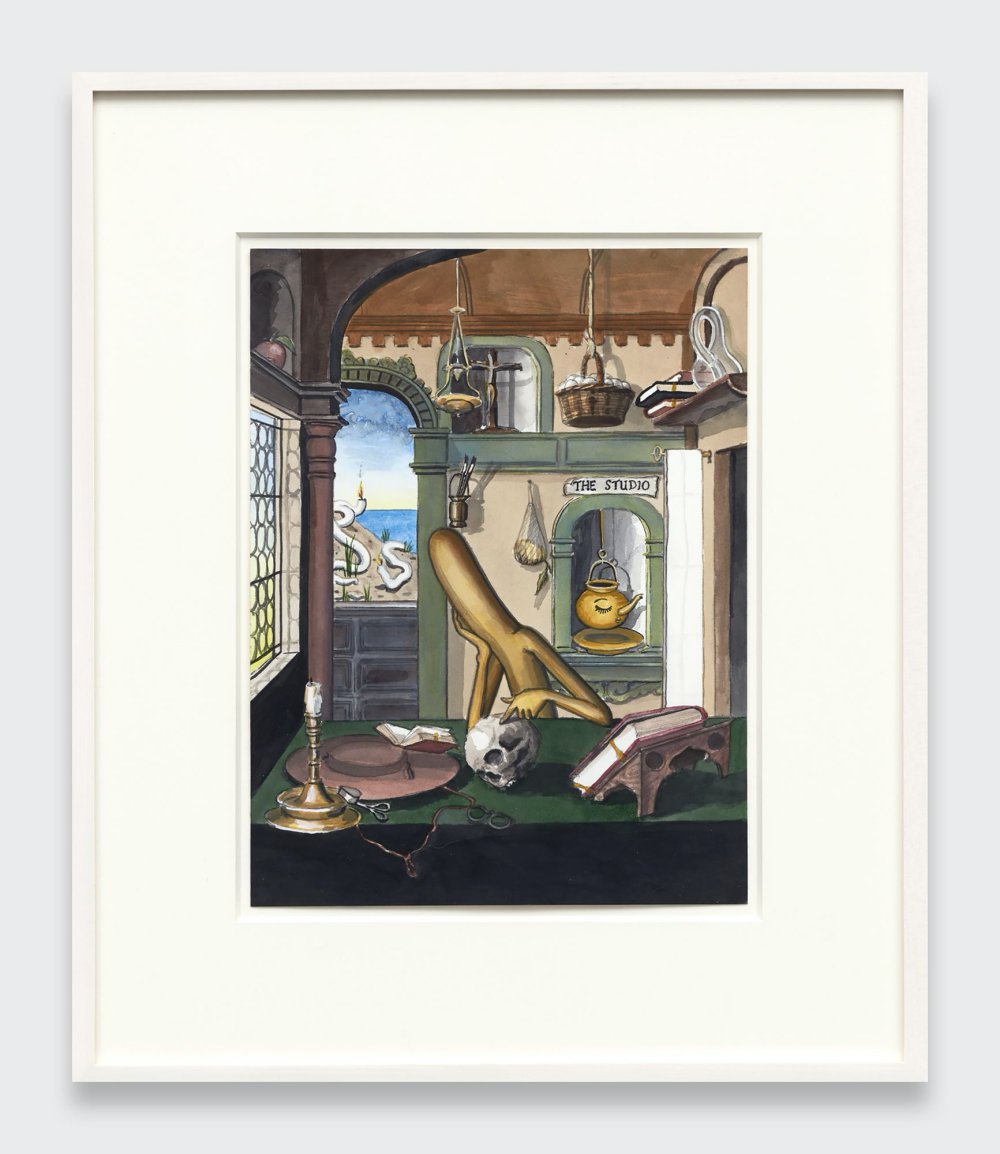 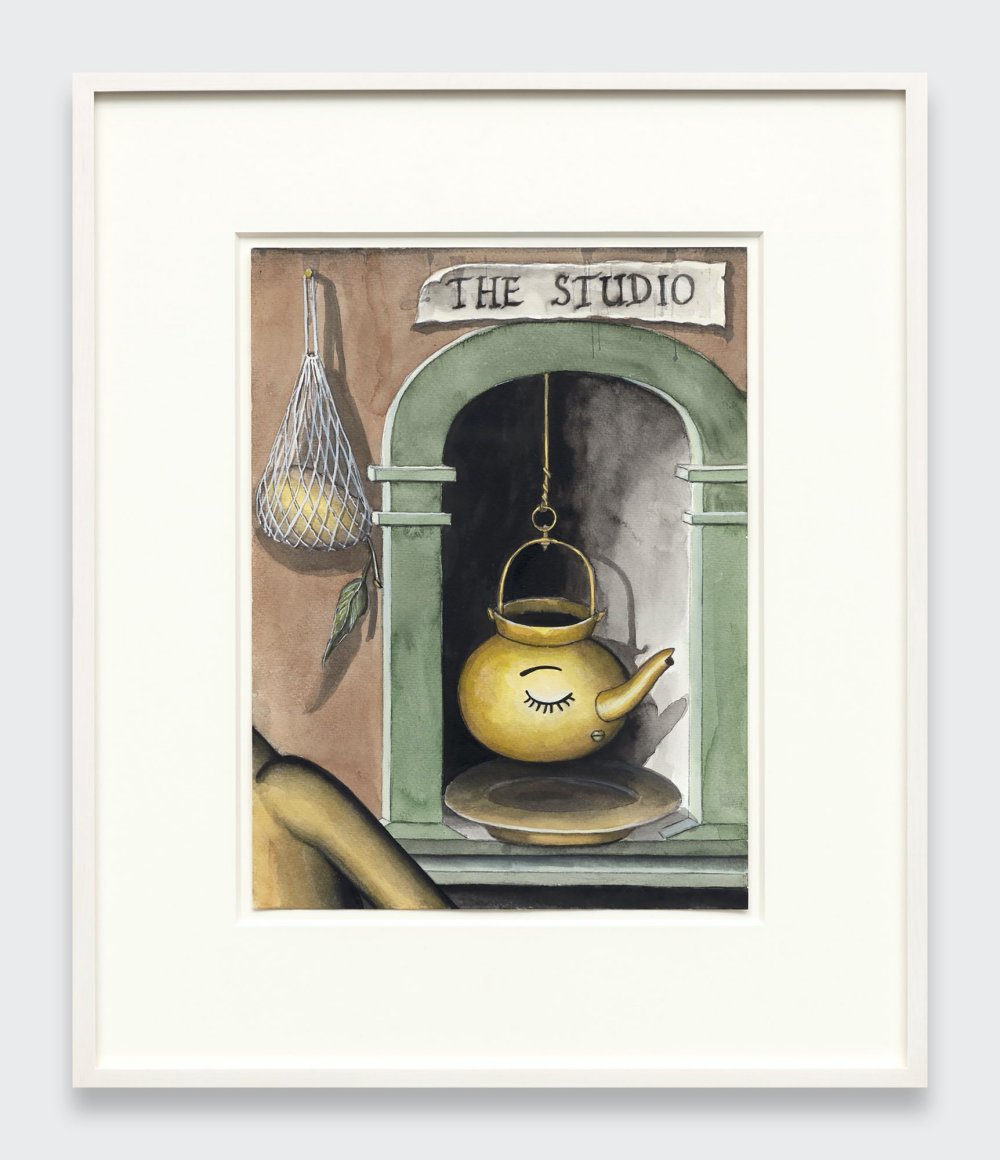 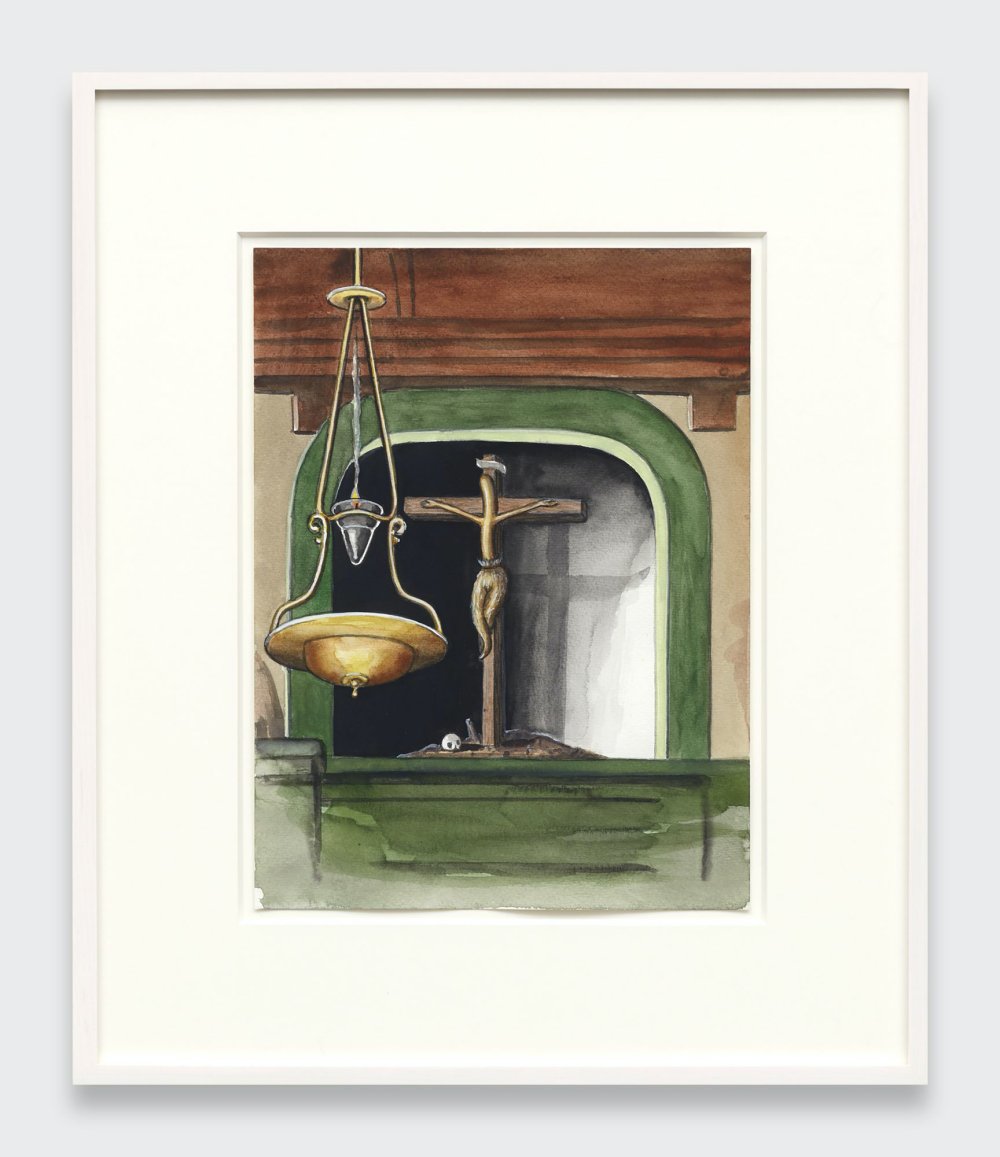 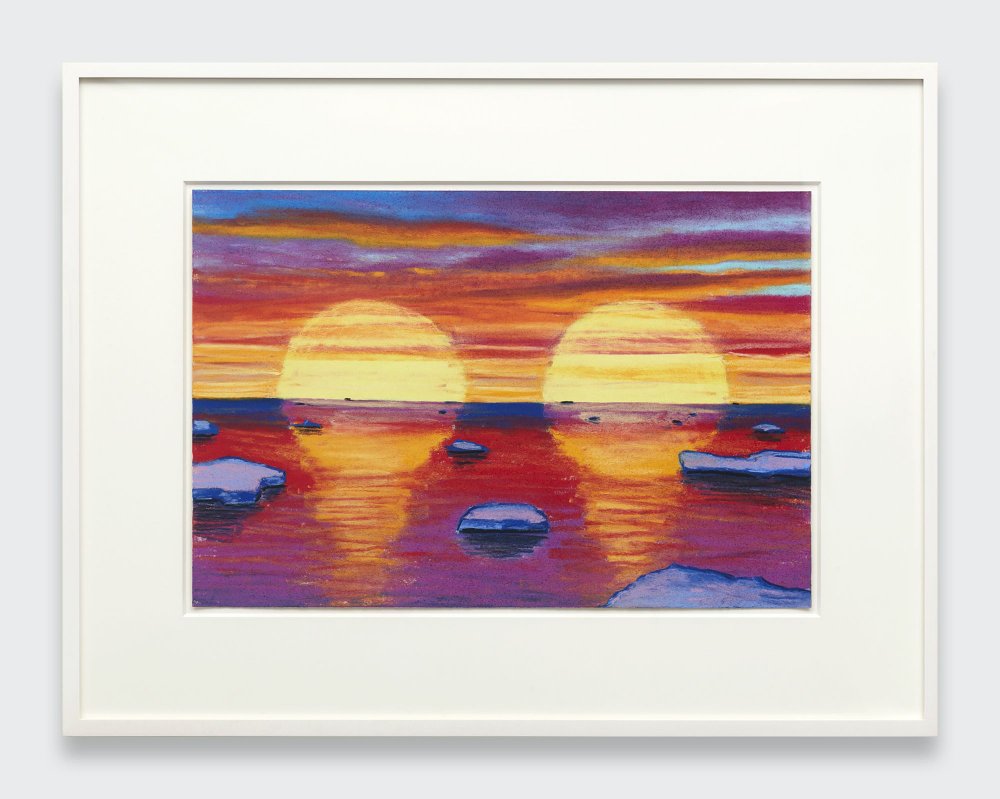 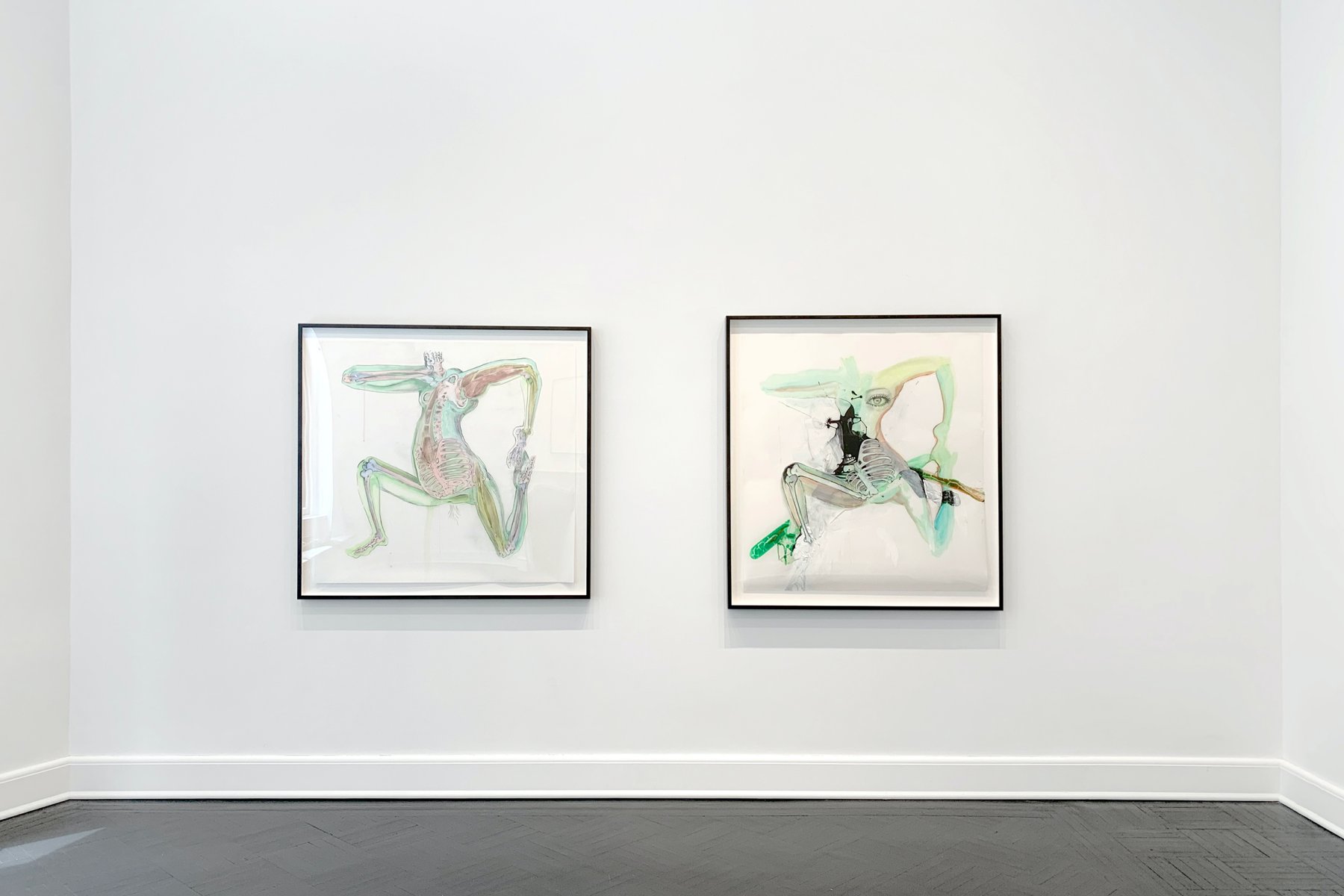 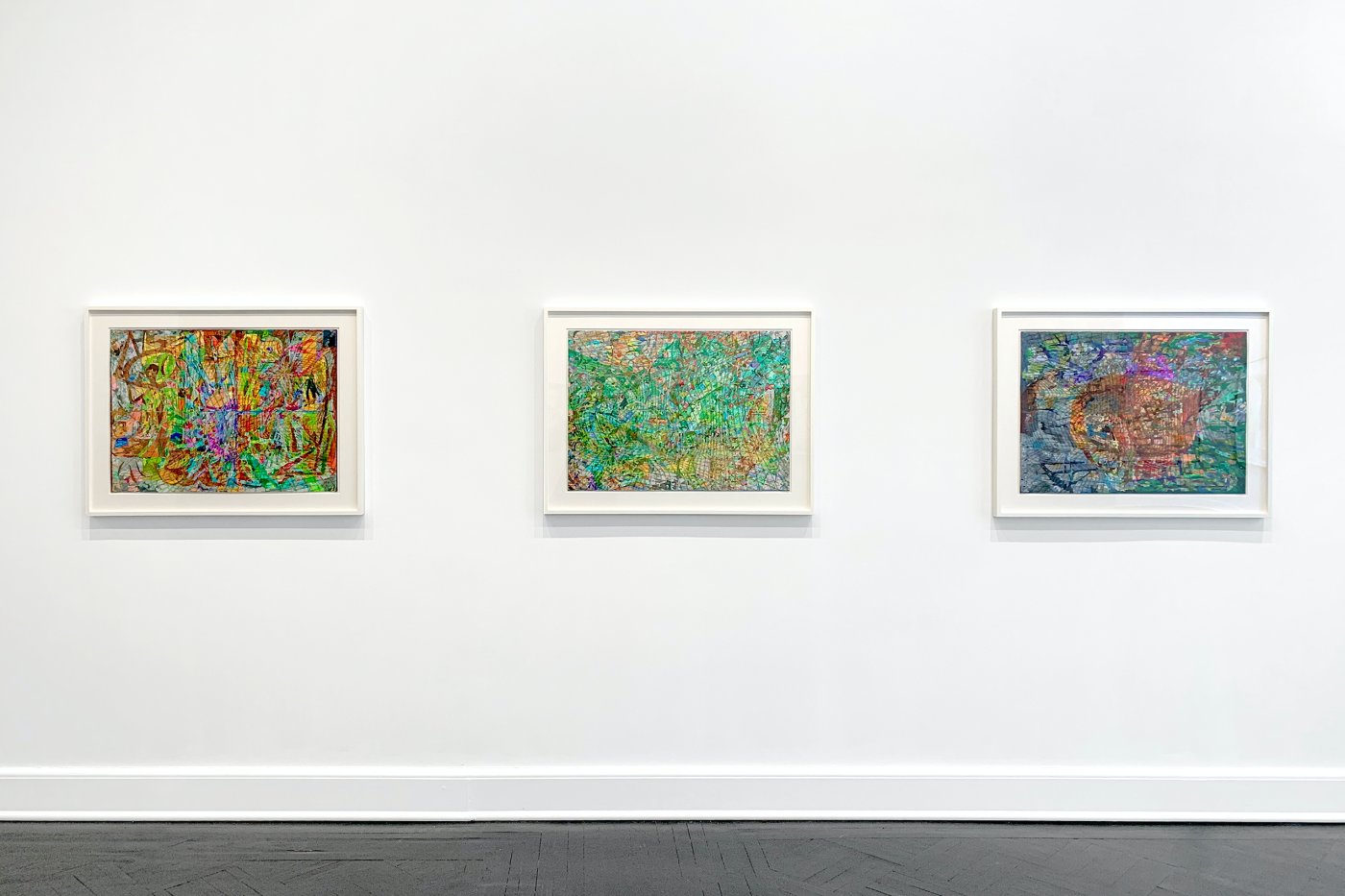 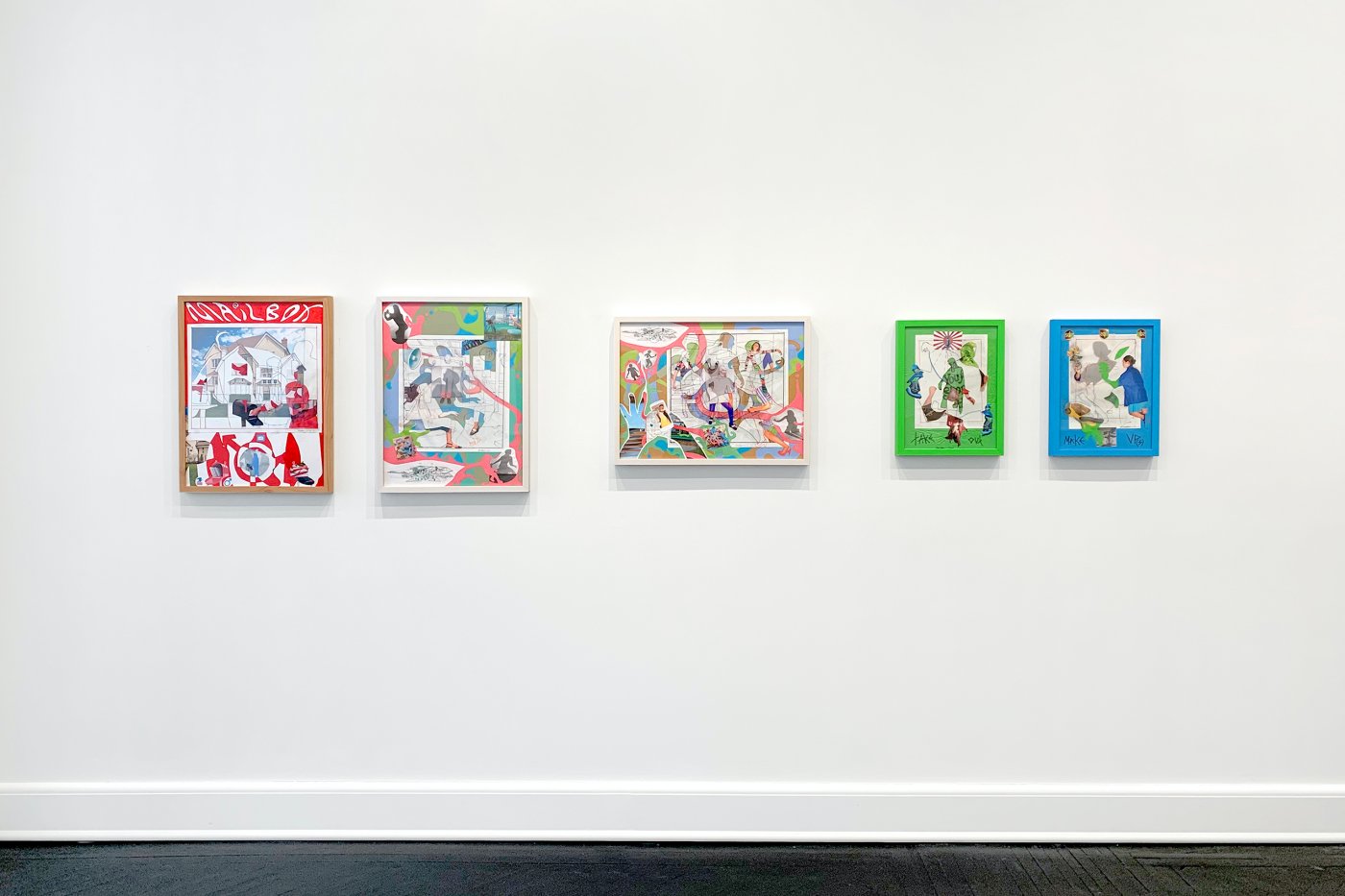 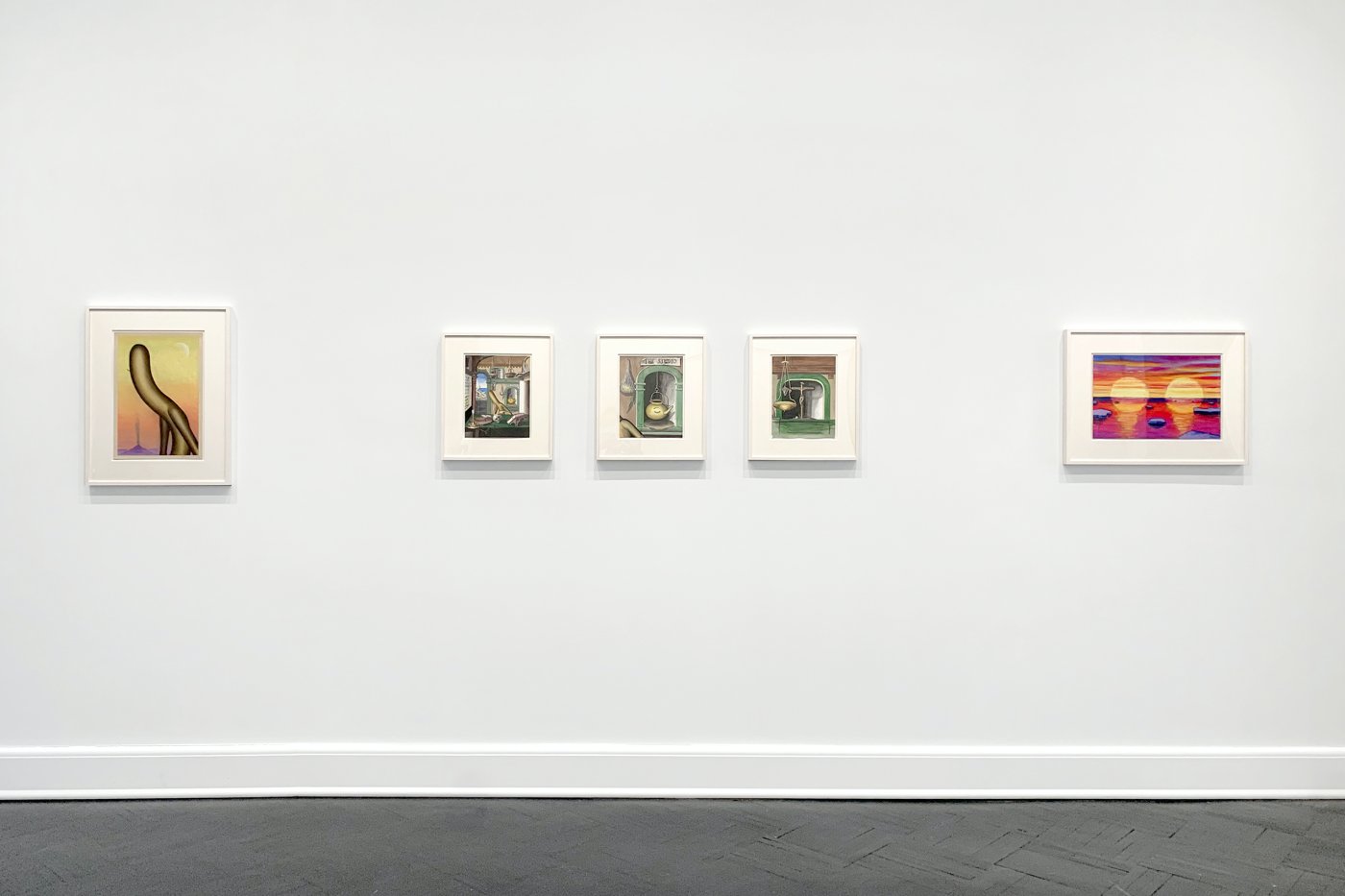 Pieter Schoolwerth regularly uses models to build his multi-layered canvases which incorporate imagery from a range of art historical and pop culture references. Akin to the sculptural models he utilizes to form his more recent paintings, the works on view here represent 2D versions of a similar process. In them, one can see Schoolwerth’s template for the painting to come – each made up of traced elements from an existing (and very well known) classical artwork, drawn on to acetate and then layered to build a new body from the collected fragments – the manipulated Mylar still reflecting his fingerprints from a decade ago. Revealing the midpoint between the original painting and Schoolwerth’s contemporary version, he notes, “I thought of each collage in this series as a multi-layered ‘script,’ which guided my effort in composing a chimerical body out of images from the art historical past.”

Emily Mae Smith presents studies on paper for recently completed paintings (all 2021). Smith says, “when working on large compositions I often find areas within which, if isolated, would be interesting paintings themselves.” Here she has drawn out two moments in watercolor from the background of The Studio (Speculative Objects), the kettle nestled in a nook and a crucifixion scene high-up on the wall – both representing a kind of “martyr as an industrious figure, who has worked without recognition until sacrificed,” says Smith. Two soft pastel drawings are also on view, bringing out the importance of color in Smith’s work: “I enjoy how this medium is very intense in pigment – the color story and color movement in my work is significant- the form does convey a meaning- these passages of color create movement of thought.”

In Seth Price’s new drawings, a rotation of gouache, pencil, and enamel mix on paper and Mylar to create mysterious anatomical forms. Some seemingly overly conjoined with too many joints, others appear as if in a yoga pose revealing an internally misplaced ribcage – the skeleton flipped to create a headless creature of 4-legs. The illustrated dismemberment concedes in turn, a profound wholeness, a new representational form that confronts our supposed truths. As described by Price, “Drawing is the most immediate of forms, and it allows ideas and impulses to crystallize with barely any mediation. In these works, that immediacy allows some of my longstanding interests to come right through, whether it’s the human body in extremis, or the confusion of inside and outside, front and back, negative and positive, or my interest in transparency, and plastic.” These new works are particularly interesting in dialogue with Price’s silhouettes and other works on Mylar as well Schoolwerth’s similarly fragmented drawings on the same material.

And lastly, Jorge Pardo rather inverts the traditional steps of a ‘study’ – creating the drawing after completing a painting based on the same imagery. As Pardo explains, “drawings are sometimes interesting because they invoke a projection of development of something and in this case, they’re kind of the opposite – they’re made after a painting that was made using the same image. I think it’s interesting in this particular instance that the drawings don’t help the painting and they’re not helped by the painting.” To create these new works, first the image is composed digitally, then the outlines are printed on paper, next color is added, and finally, the moire pattern is overlaid or printed on top to create a raised effect – a very similar process to Pardo’s recent engraved MDF lightbox paintings. “The drawings, I hope, point to the source of the image, which in this case is the computer screen – not an aspirational image, or something I think is amazing and need to express, not an image that challenges what an image is…I think that the landscape with the most currency right now is a screen: it’s a monitor, it’s a phone, it’s a tv, it’s a storefront. Landscape used to be this kind of cultural mirror of a lot of our fears and a lot of our projections about beauty and order and other worldliness – the new mirror, the optic that we use like landscape now is the screen, so I want to make the screen,” Pardo says.

Courtesy of the artists and Petzel, New York