Woof of the Sun, Ethereal Gauze

Woof of the Sun, Ethereal Gauze

Haze by Henry David Thoreau
Woof of the sun, ethereal gauze,
Woven of Nature’s richest stuffs,
Visible heat, air-water, and dry sea,
Last conquest of the eye;
Toil of the day displayed, sun-dust,
Aerial surf upon the shores of the earth,
Ethereal estuary, frith of light,
Breakers of air, billows of heat,
Fine summer spray on inland seas;
Bird of the sun, transparent-winged
Owlet of noon, soft-pinioned,
From hearth or stubble rising without song;
Establish thy serenity o’er the fields. 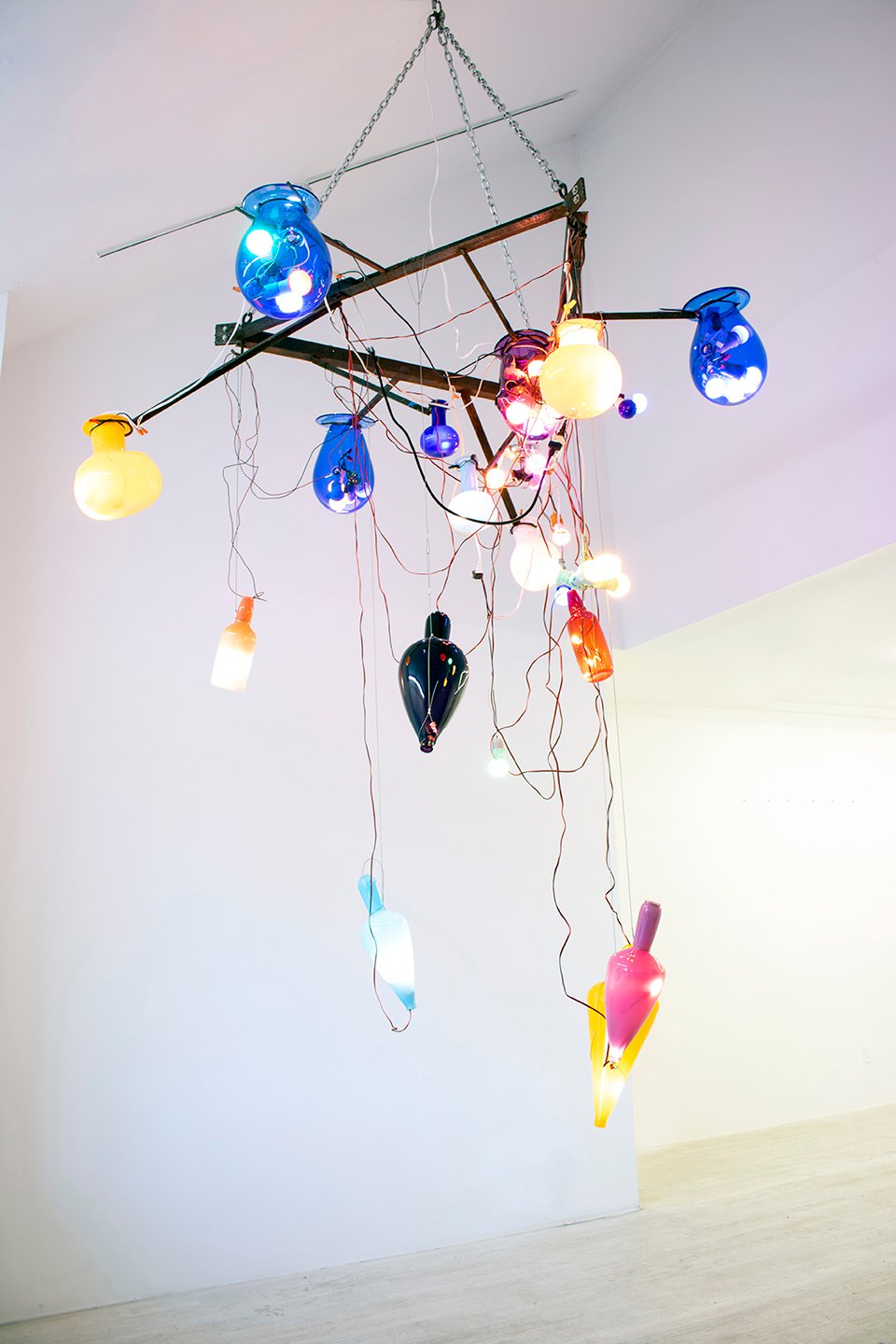 Elias Hansen
I Miss You So Much but You're Dead and I Aint and I Promised You I'd Go On Living, 2020 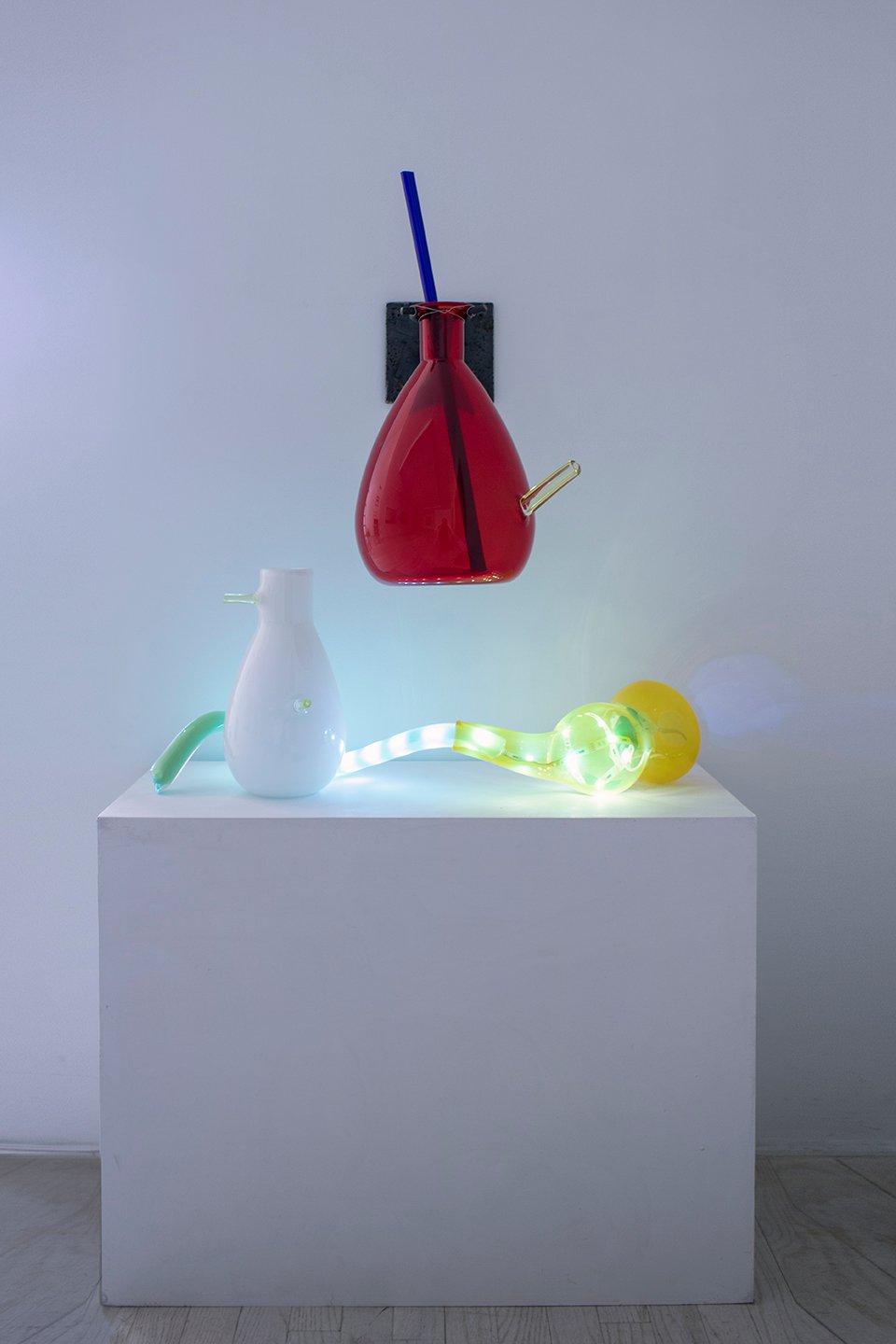 Elias Hansen
I've Been Crying Since You Died, 2019 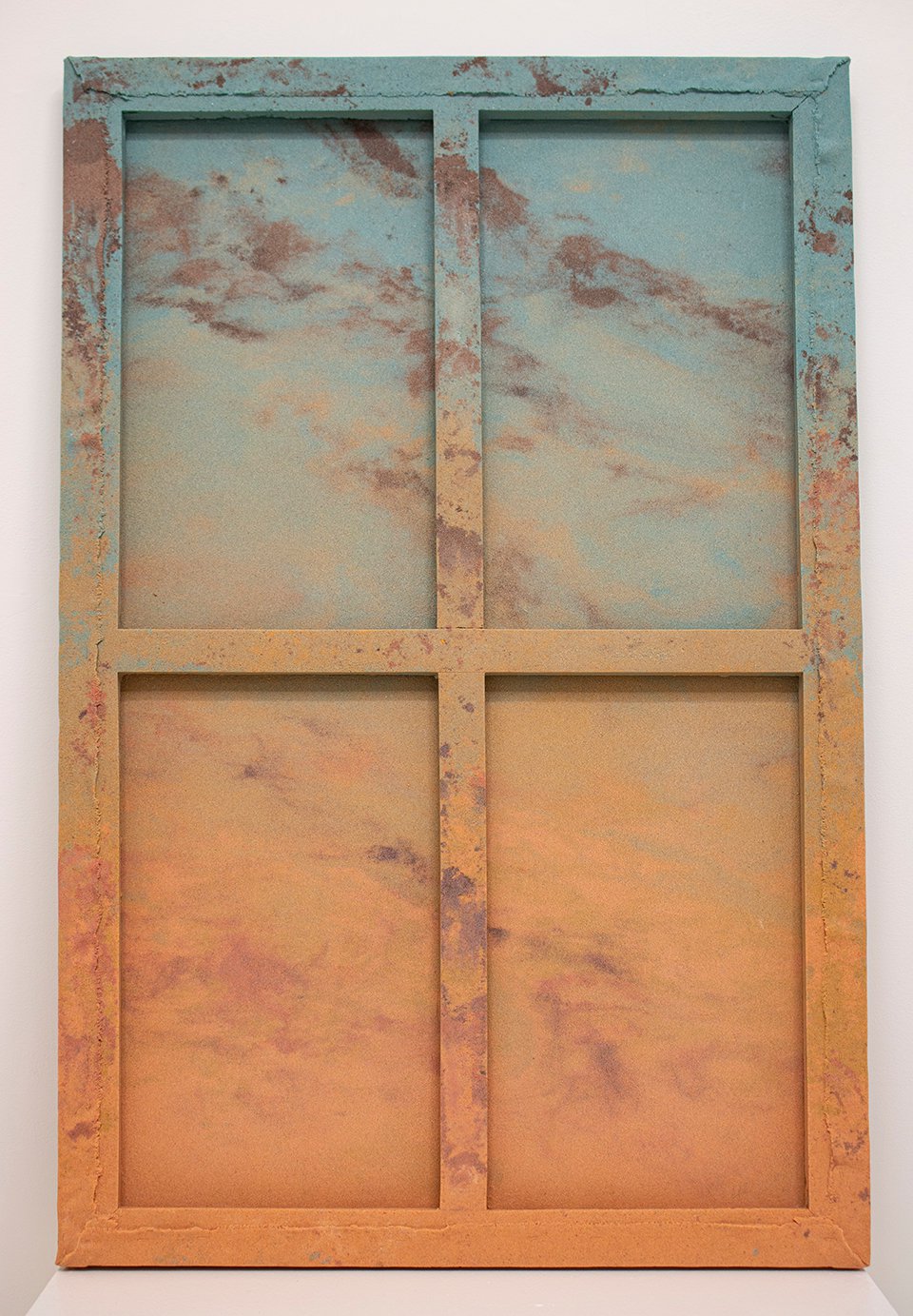 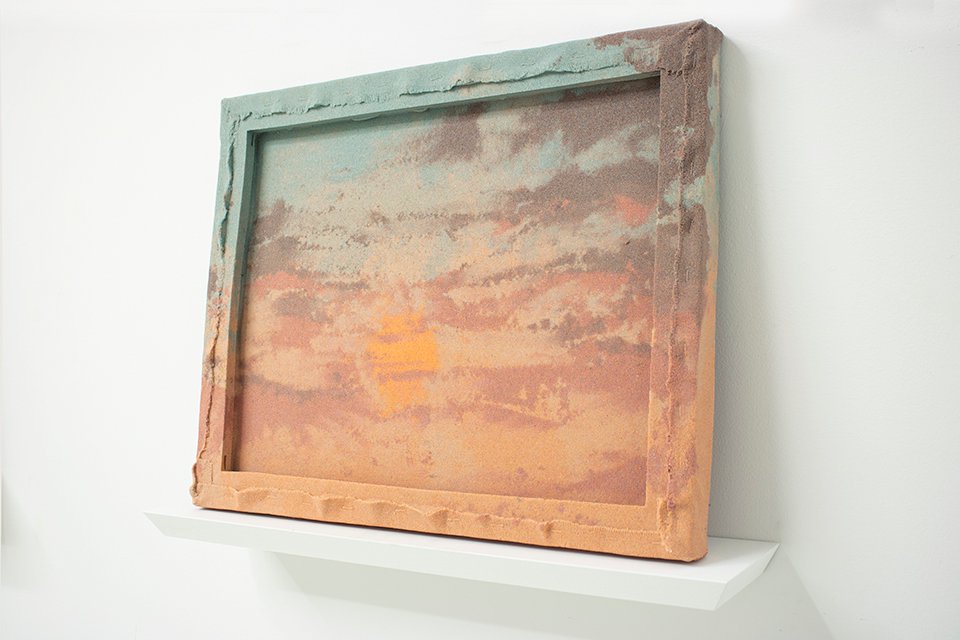 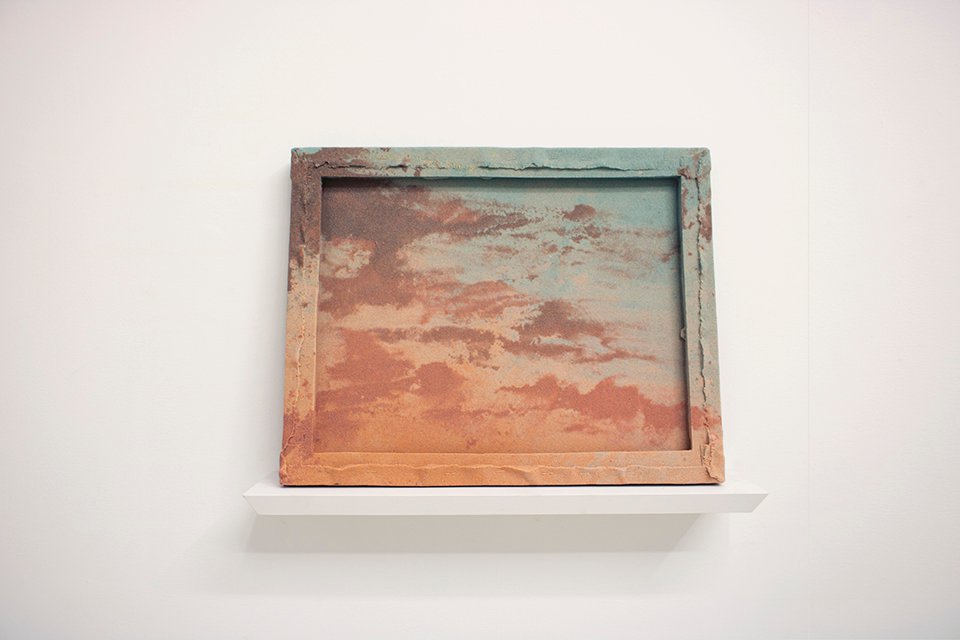 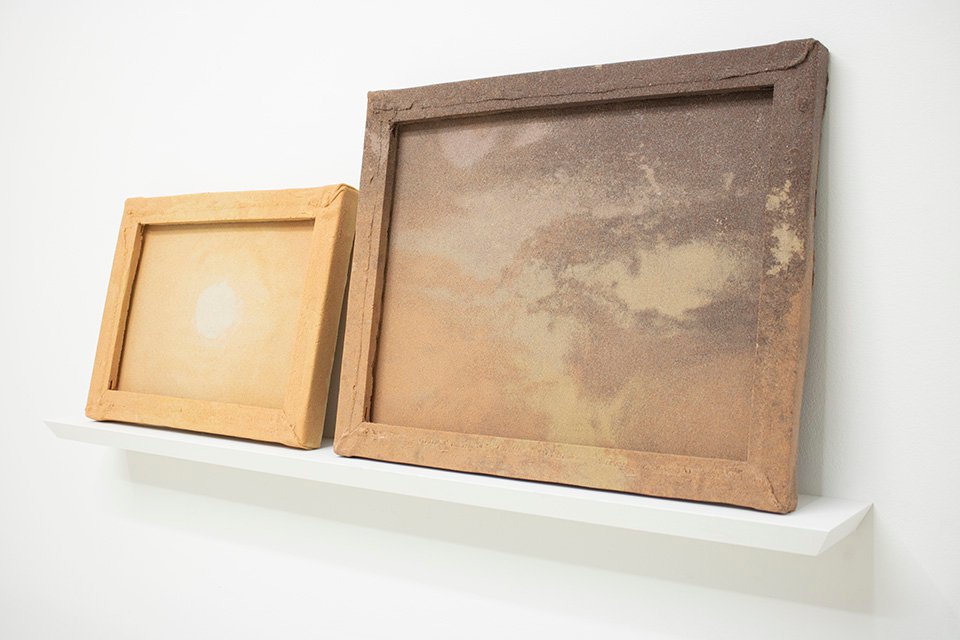 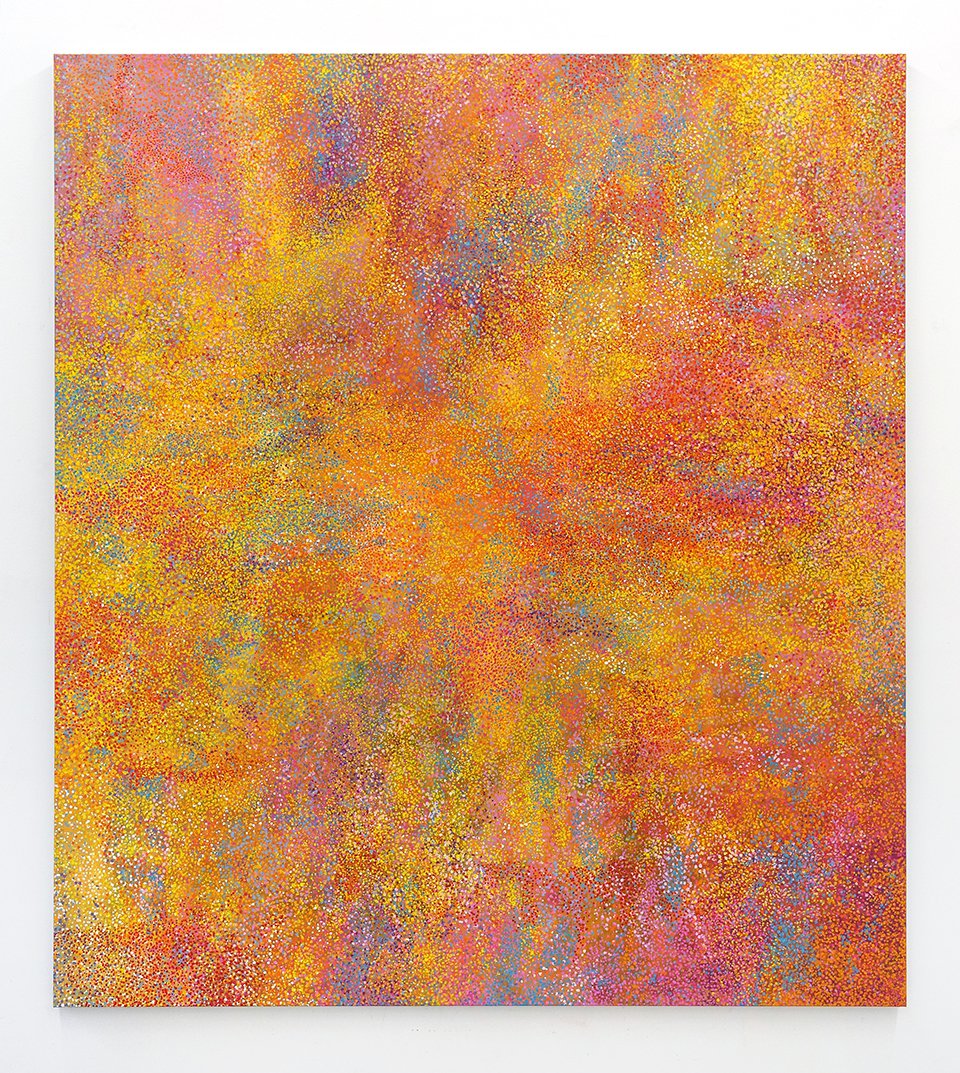 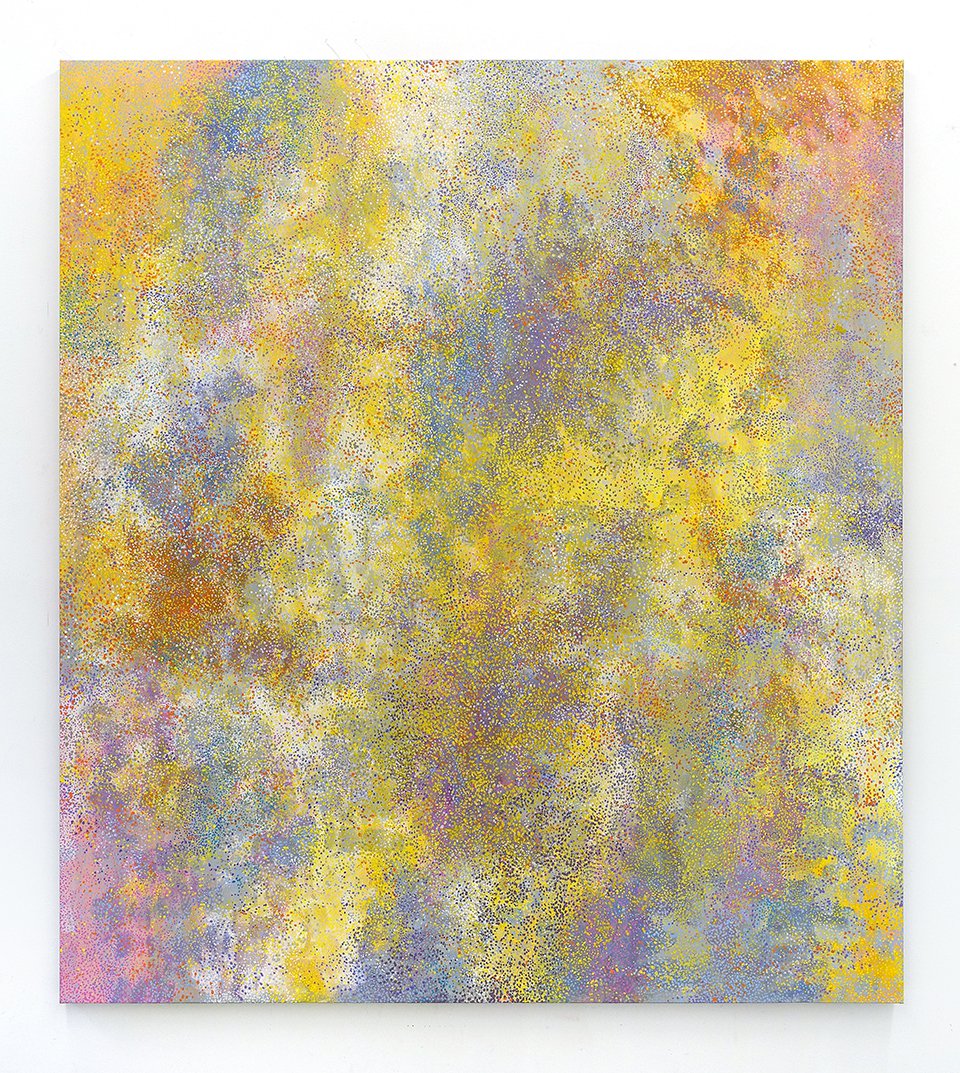 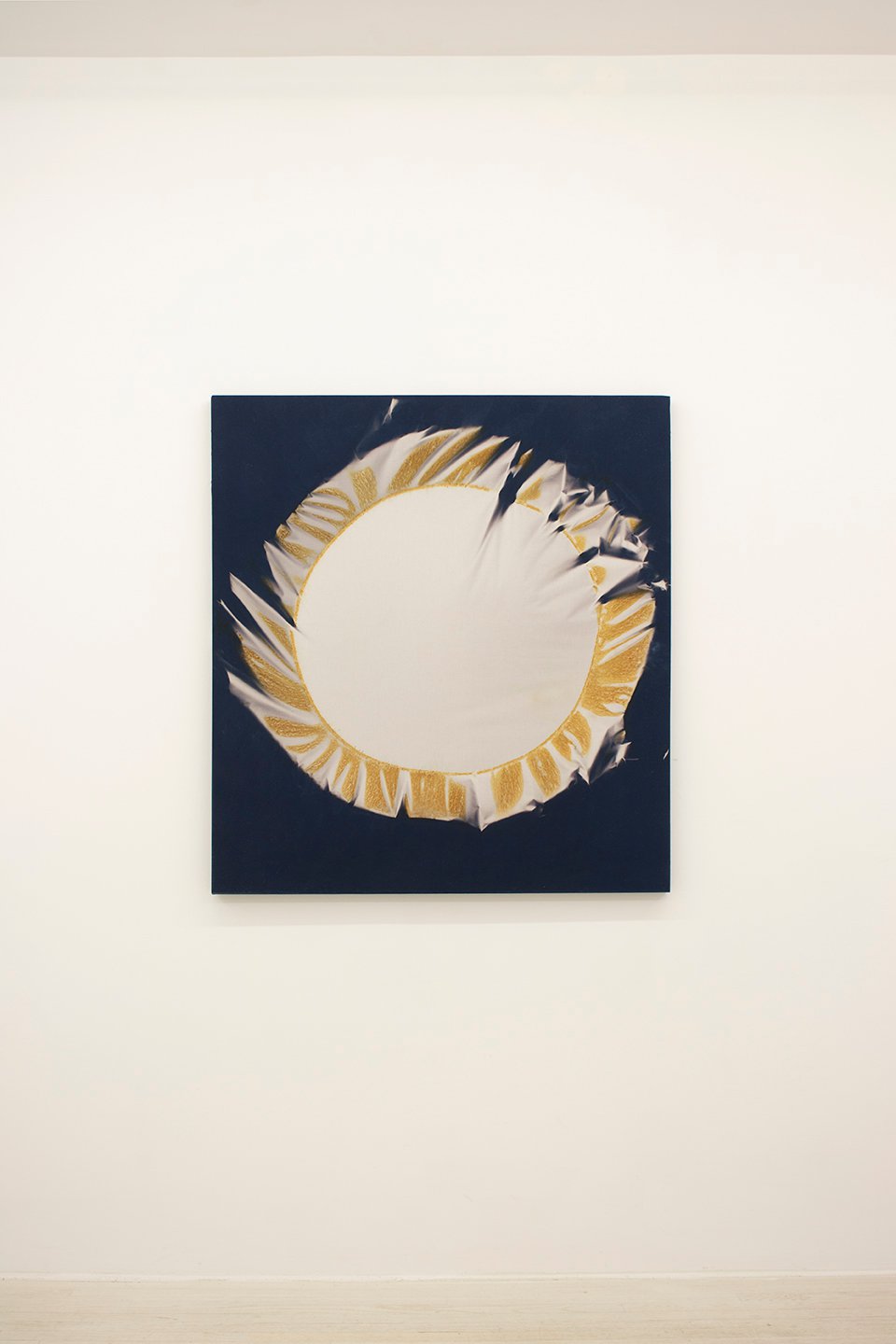 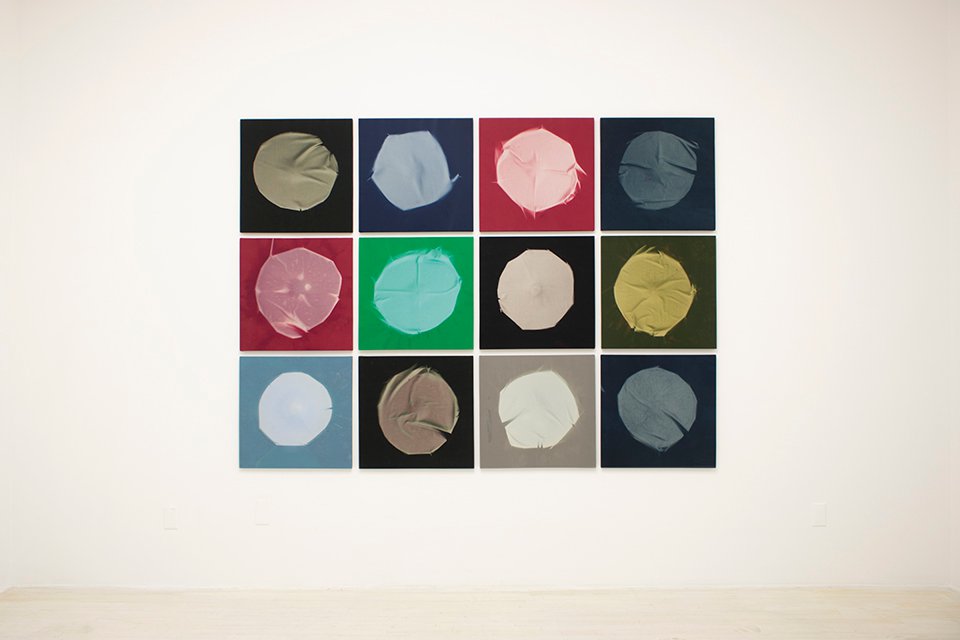 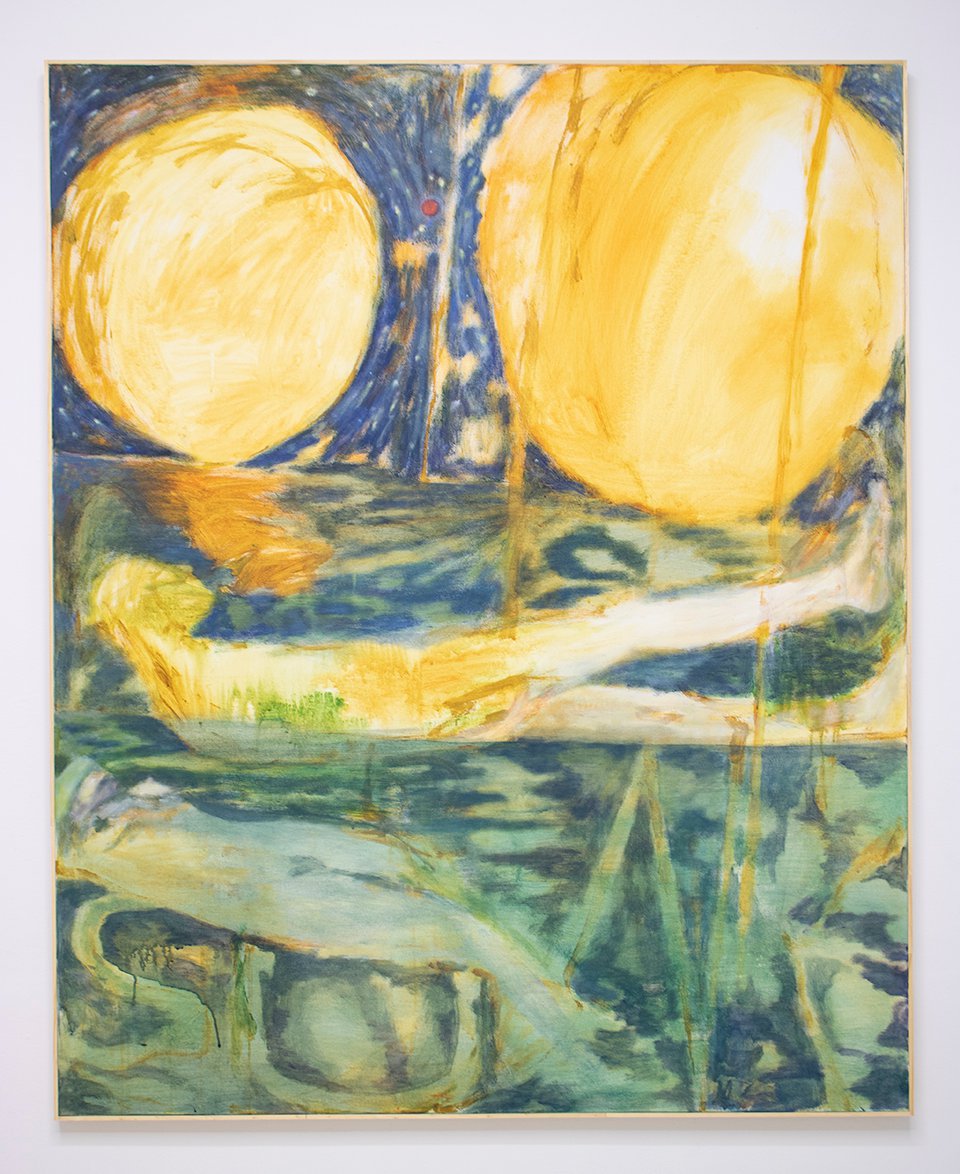 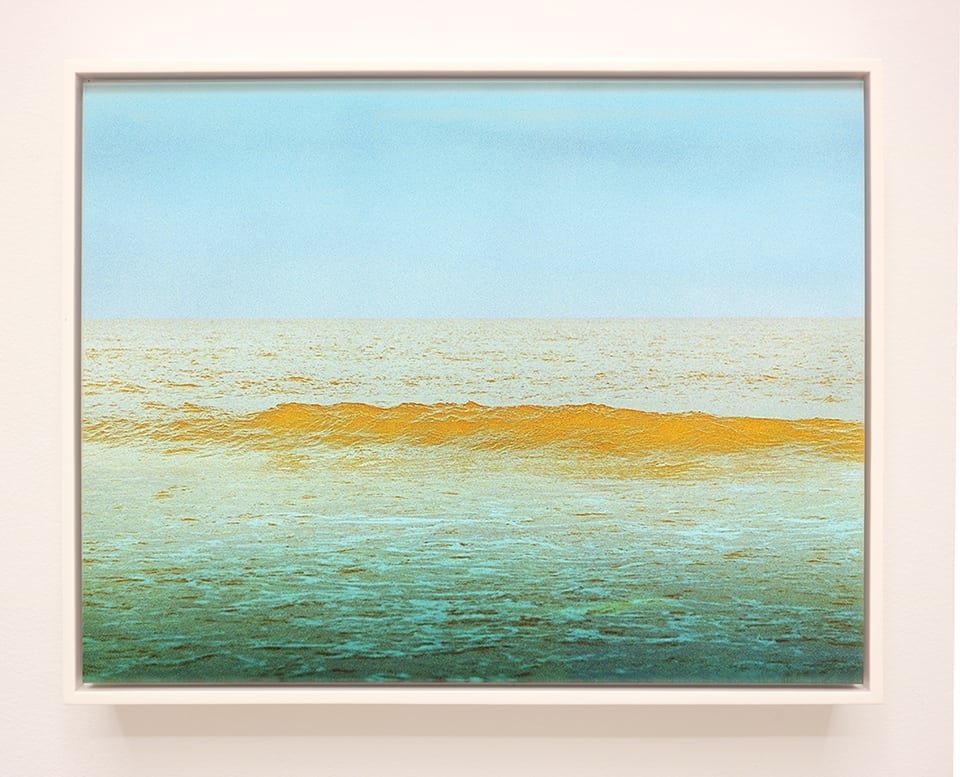 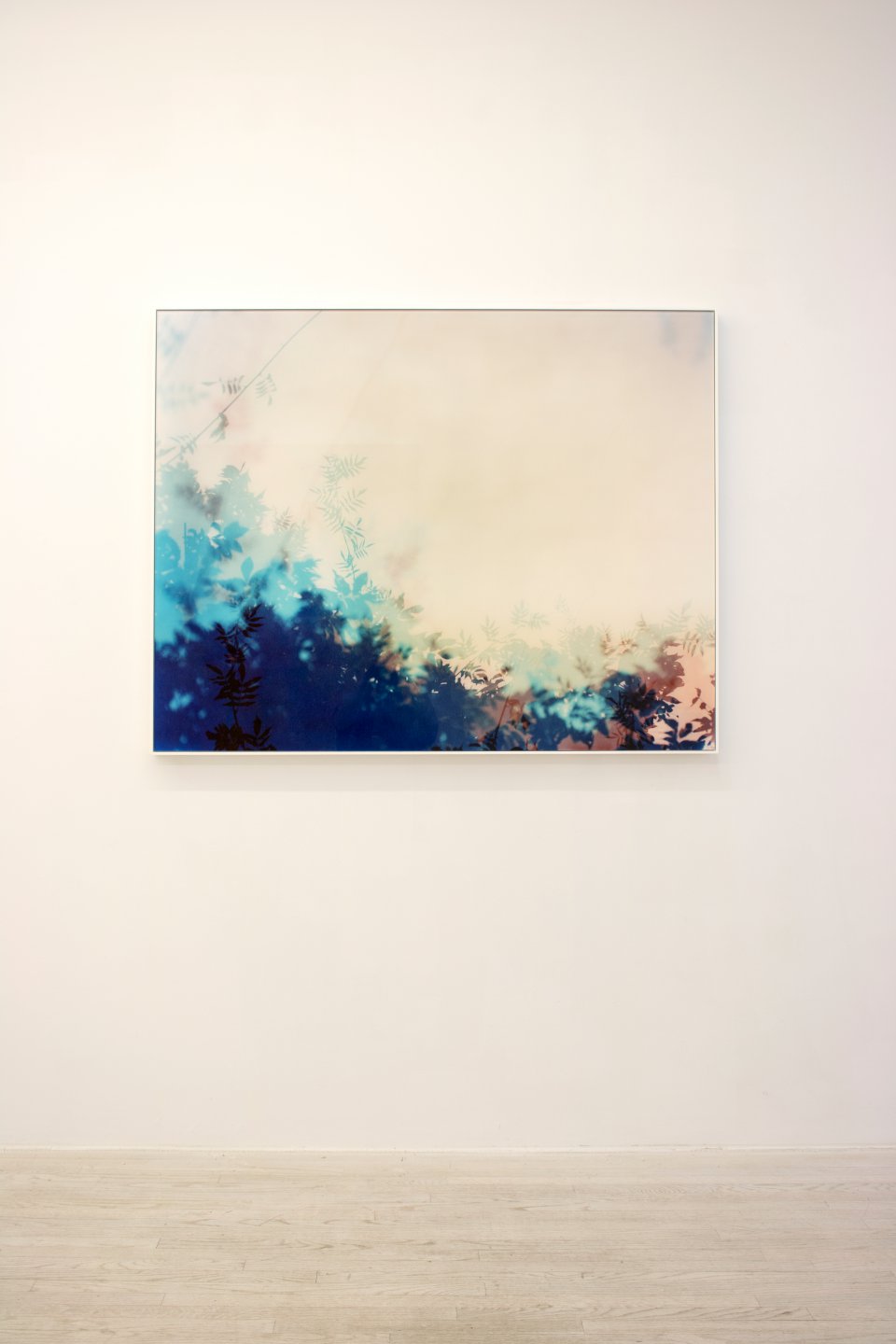 Bryan Graf
Hallucination I (the end of summer), 2018 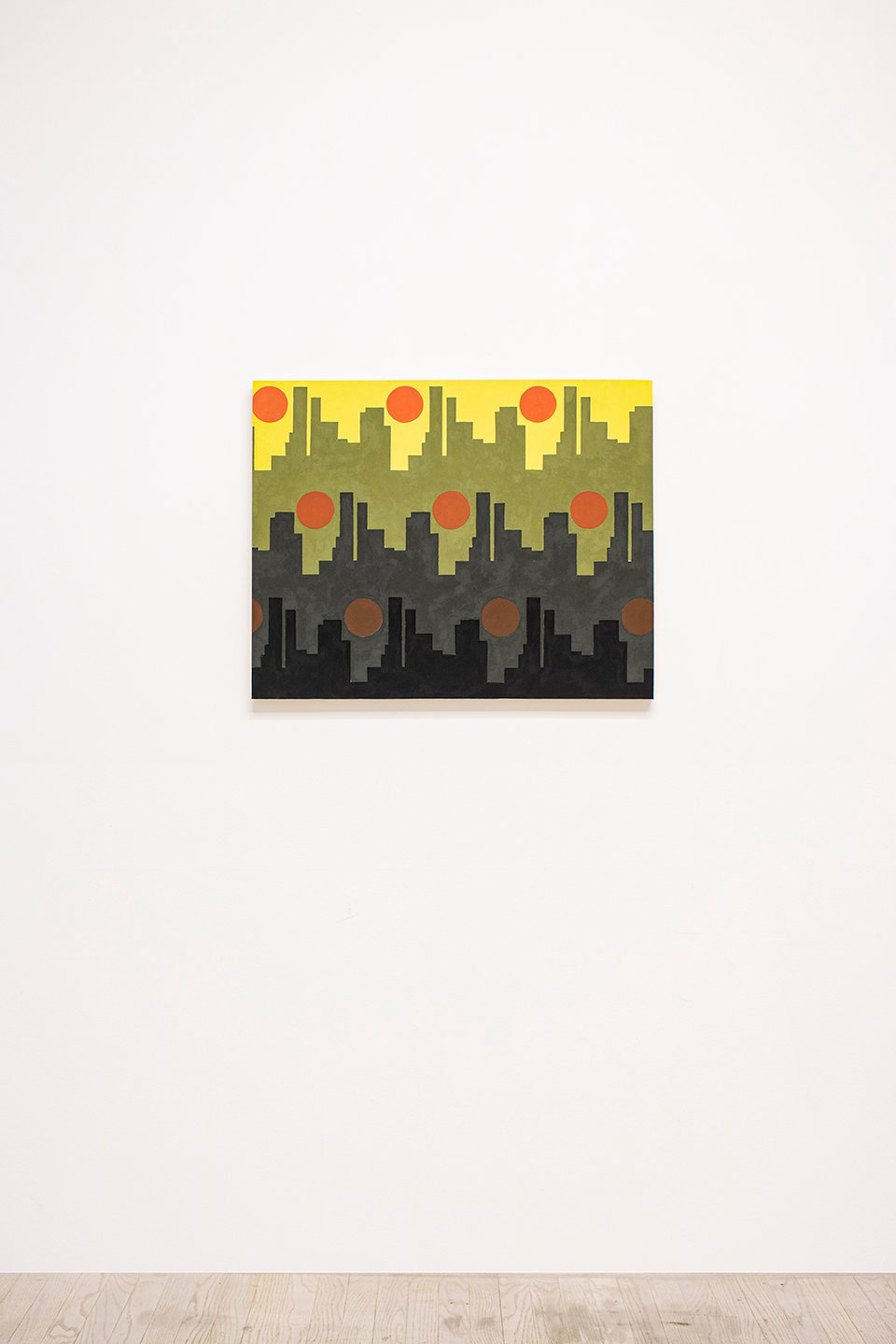 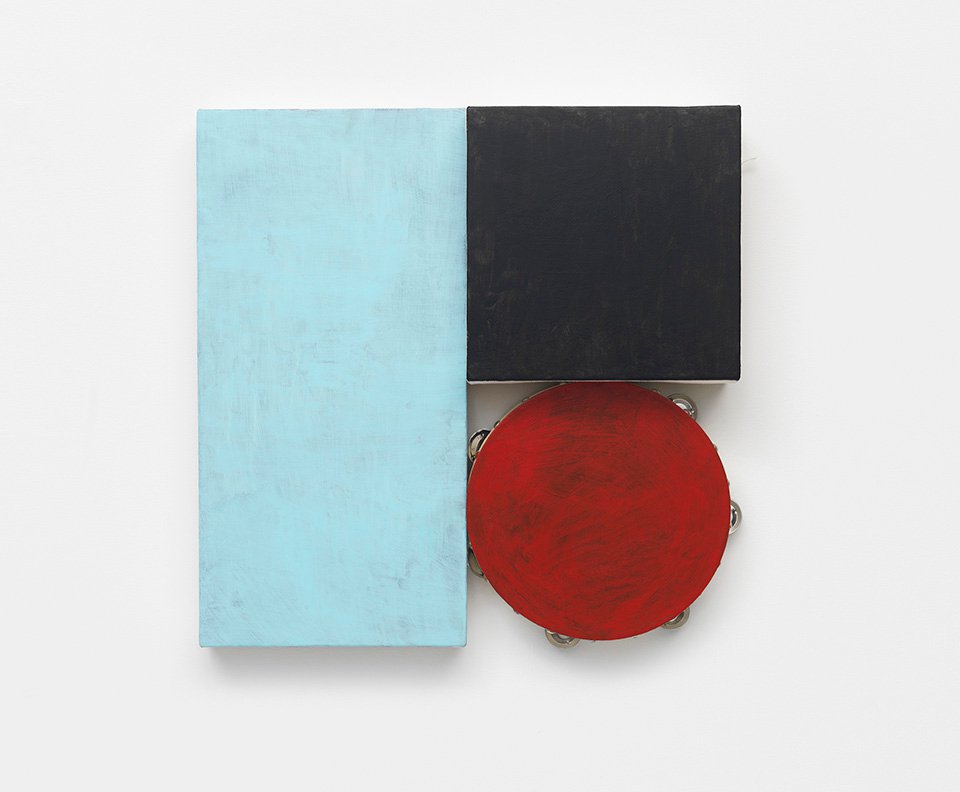 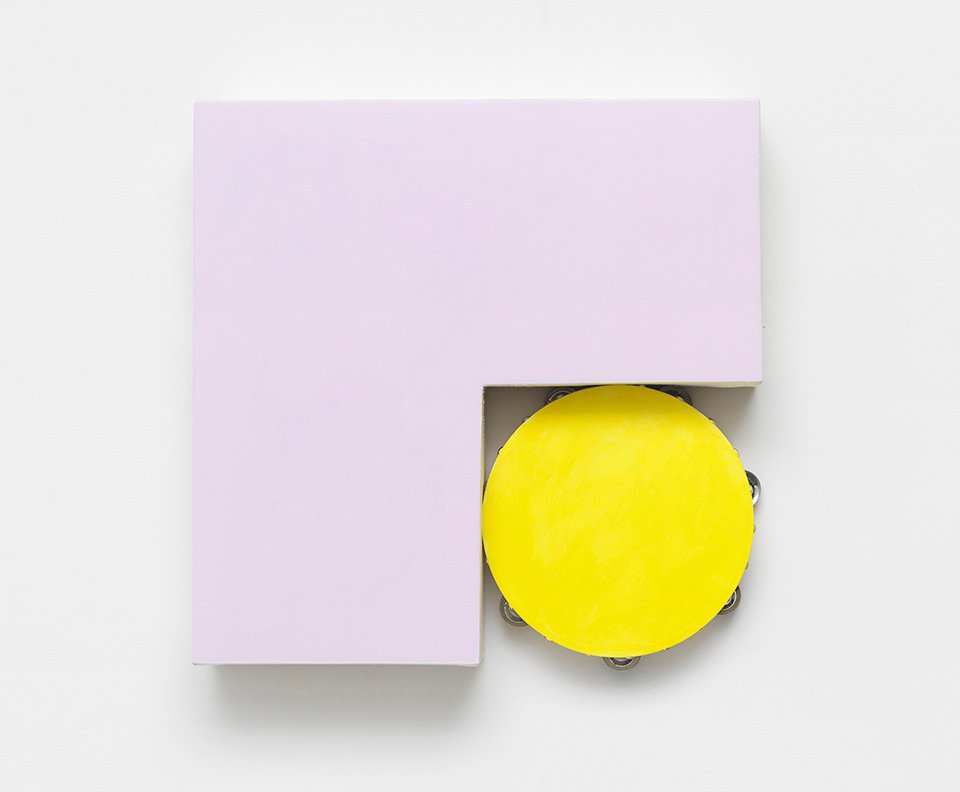 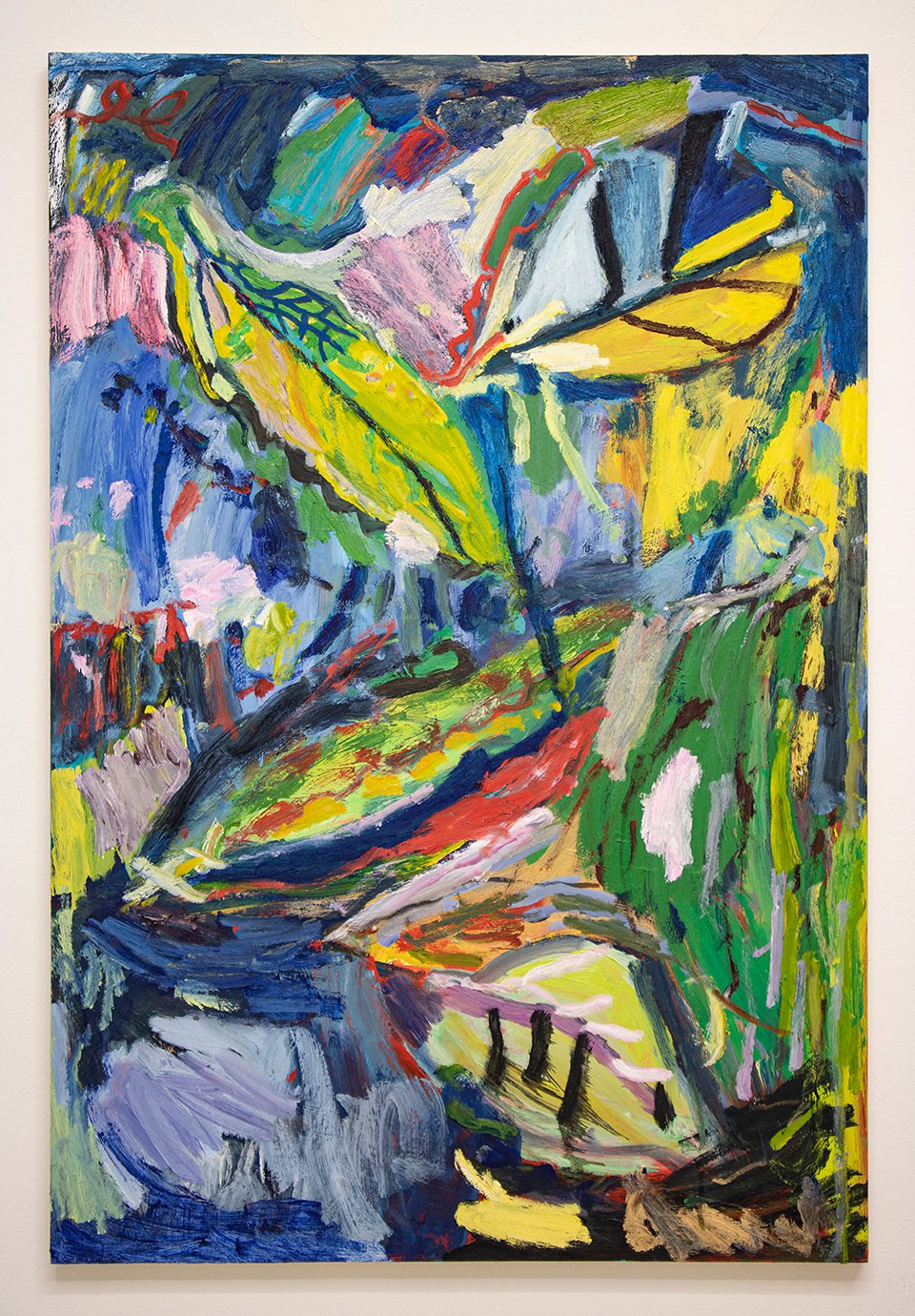 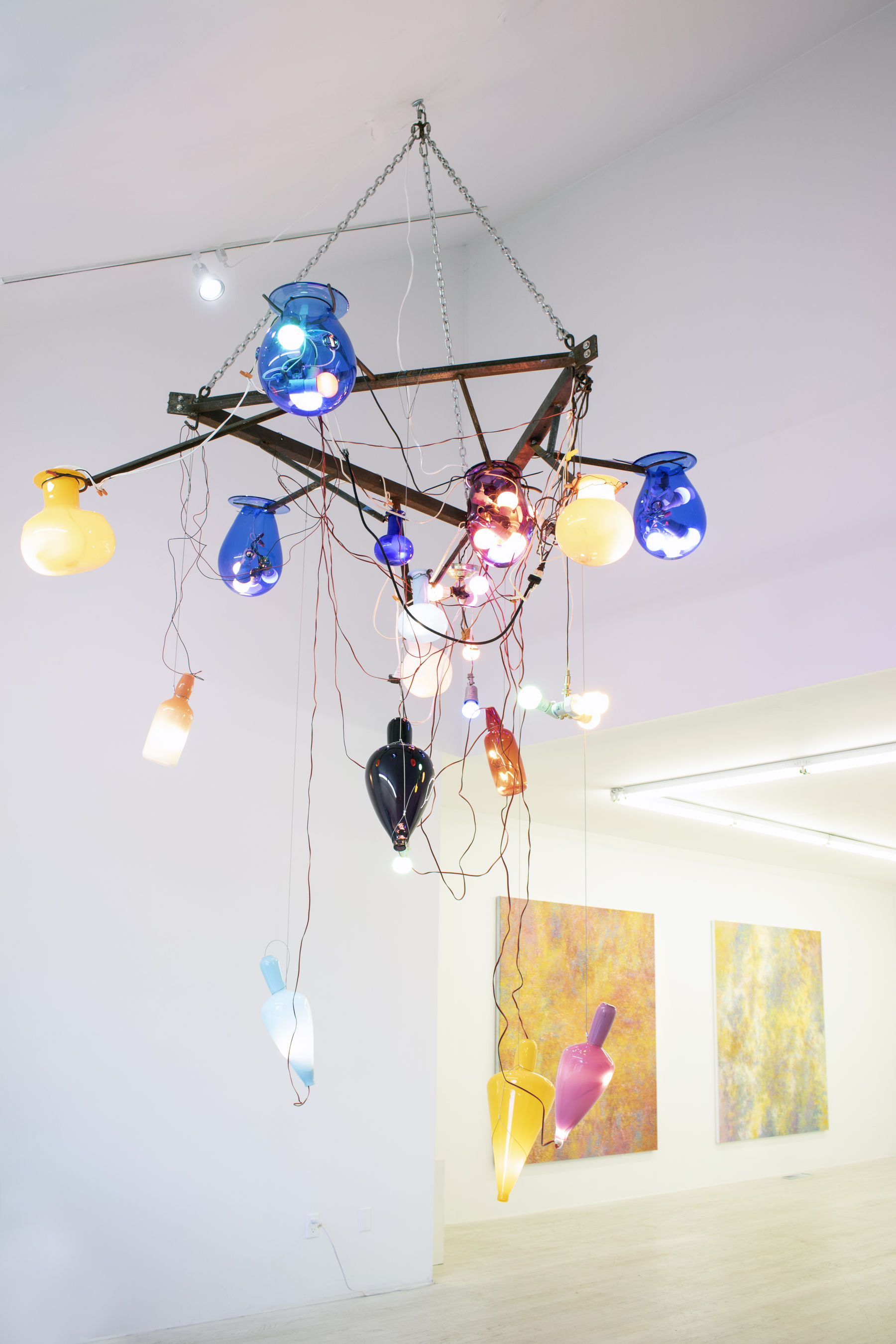 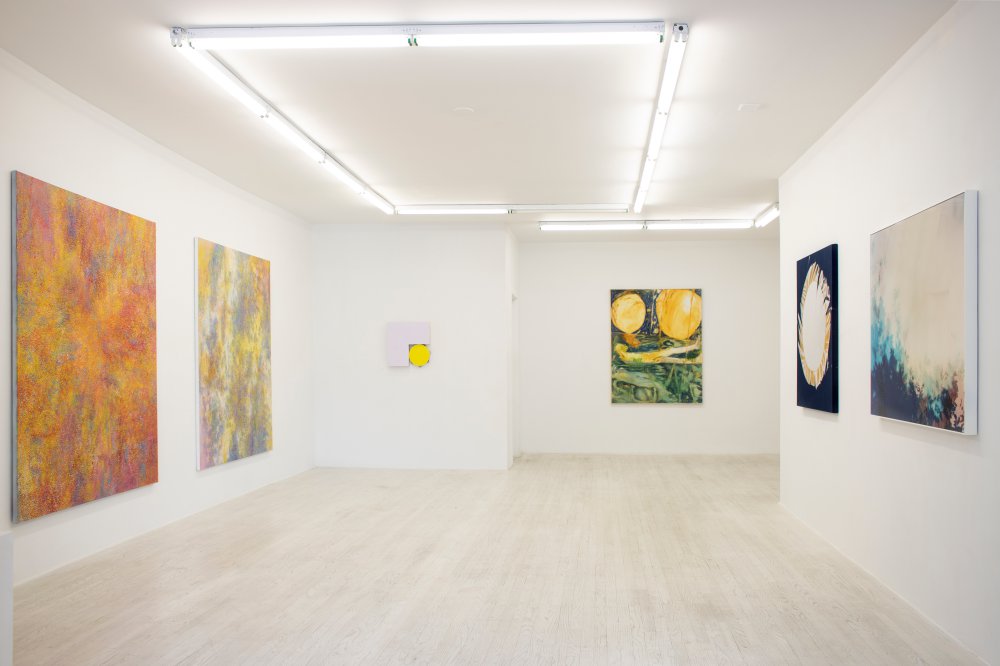 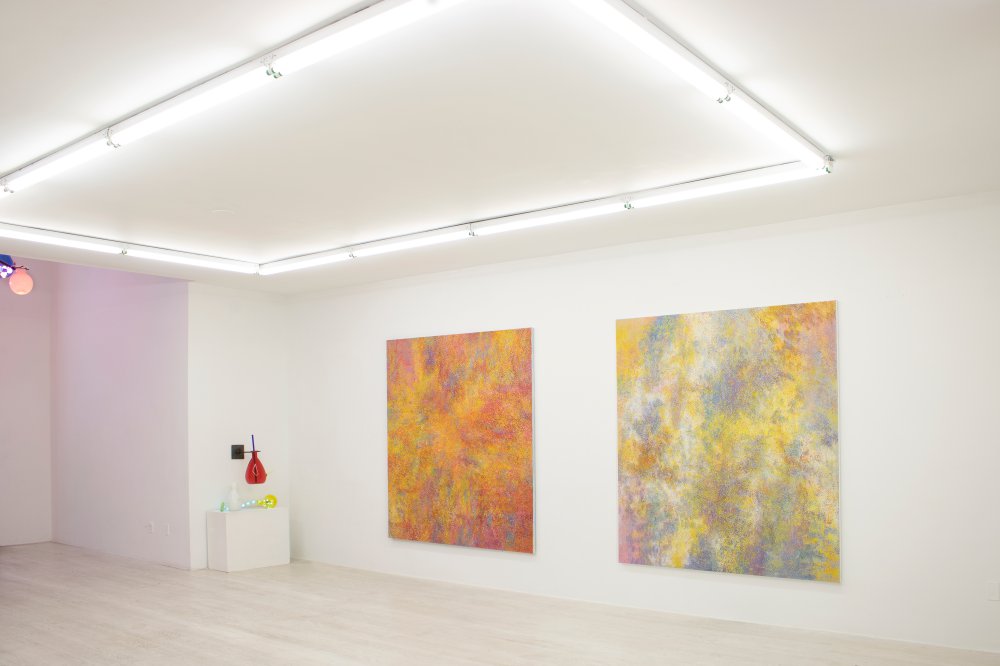 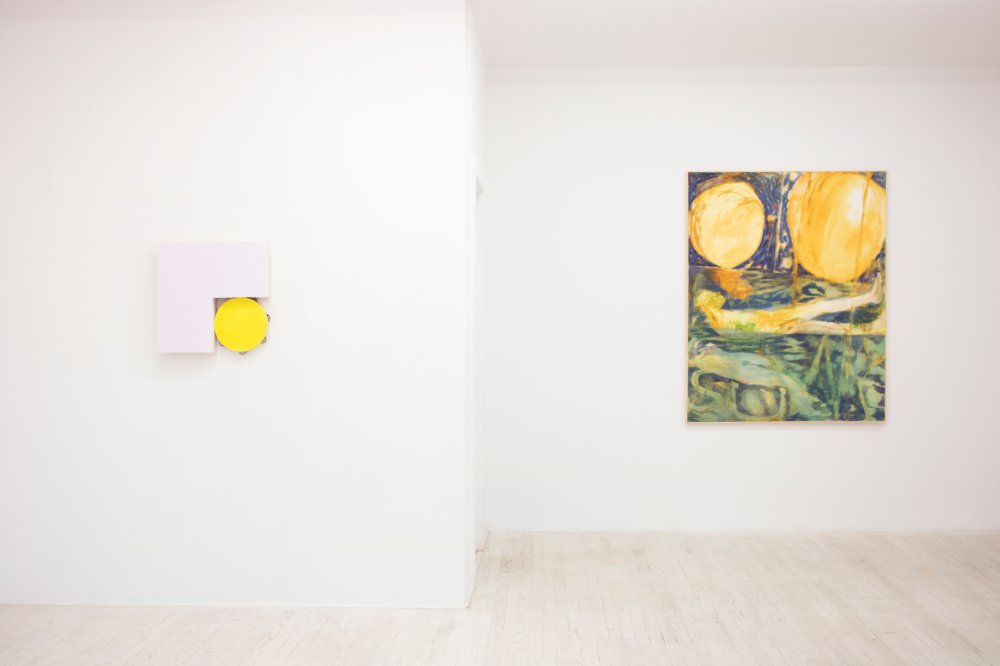 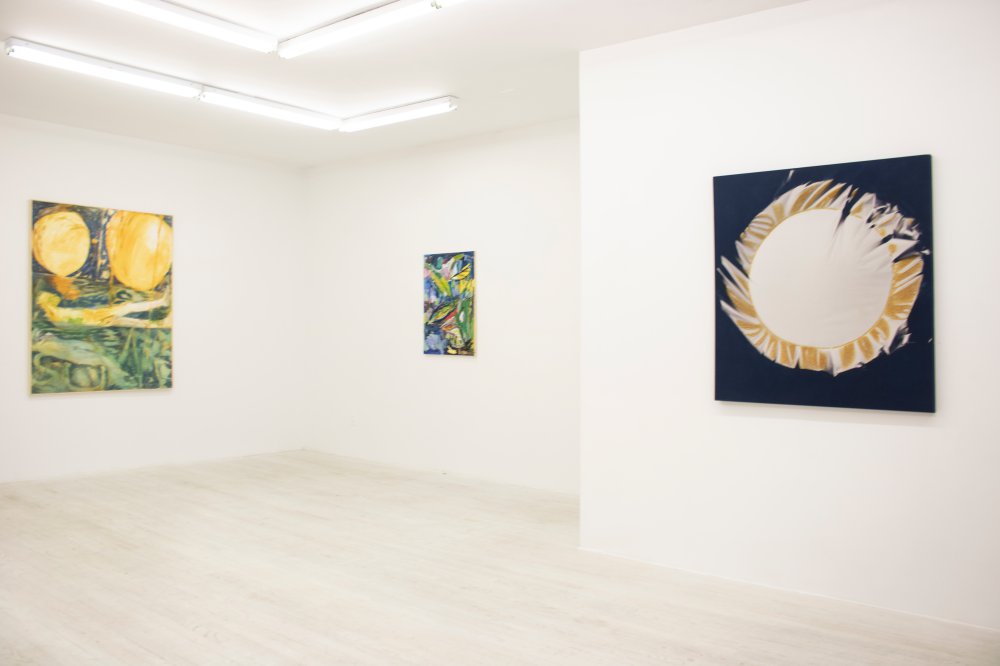 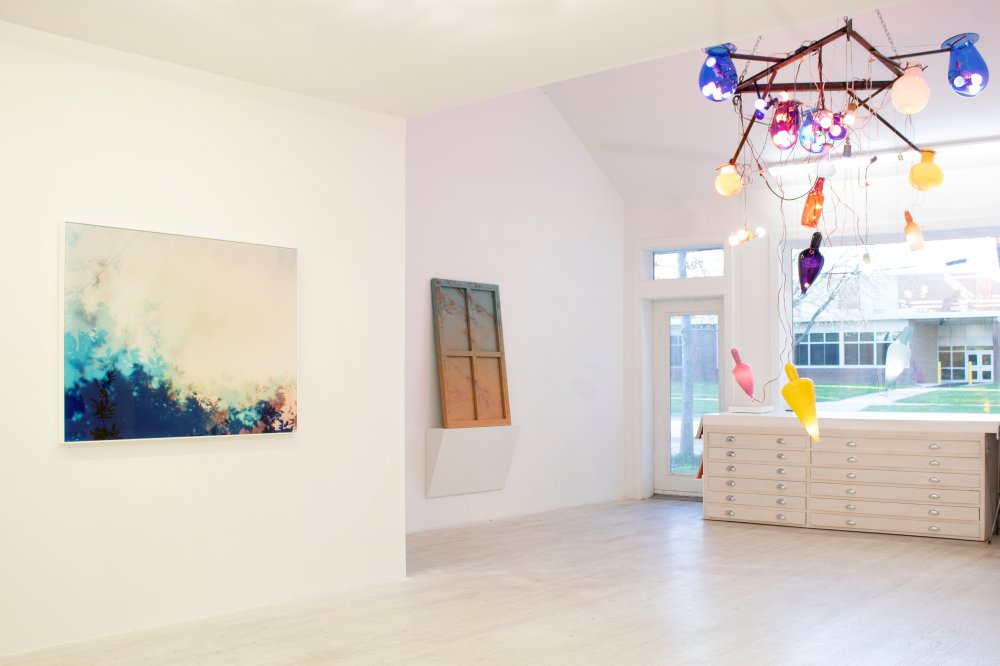 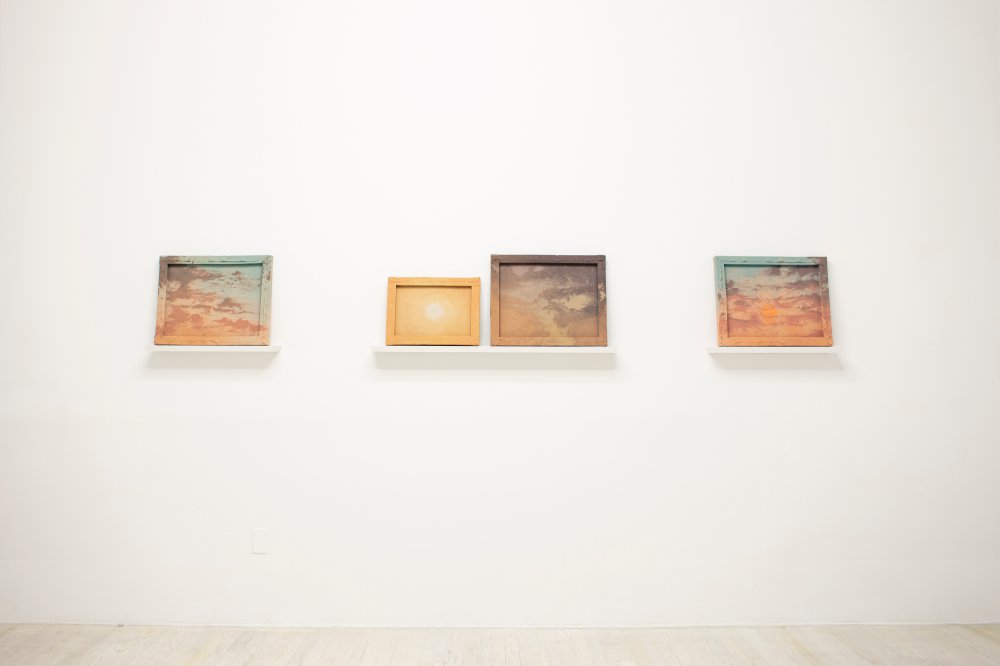 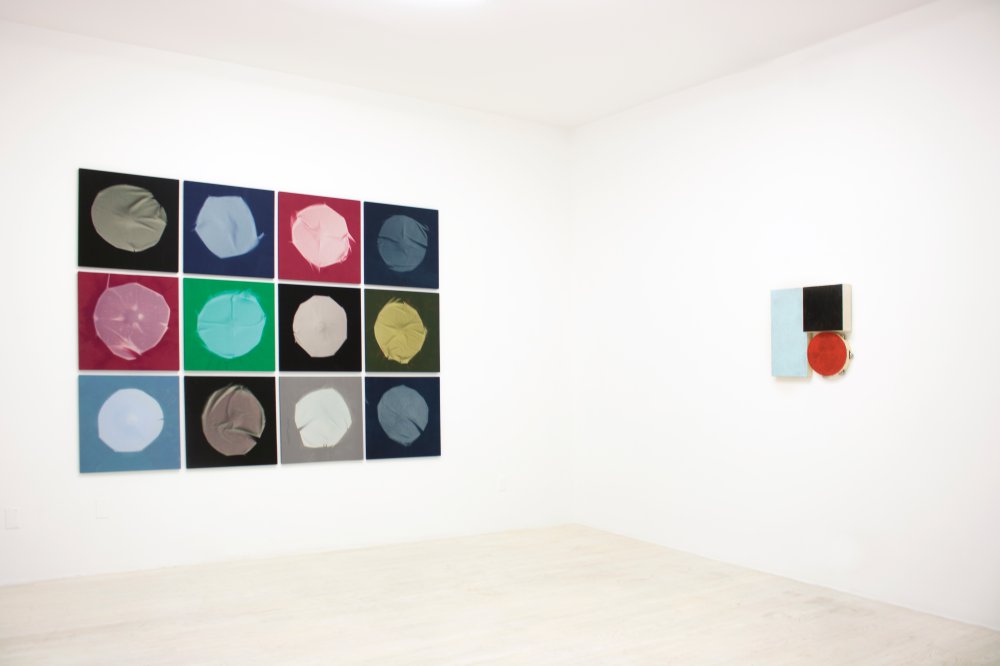 Taking its title from the first line of Henry David Thoreau’s Haze, the works in the show build from pure atmosphere, to sublime object and imagery. Landscape flickers in and out of paintings, photographs, and sculptures creating a tension between illusionism and materiality. Elias Hansen’s altar-like shrines’ and chandeliers cast the glow of man-made light through glass while Lisha Bai’s works capture light of the natural world in hues of quartz and rock. The geological grains of Bai’s cast sand can be seen in the ethereal pointillist atmospheres of Jean-Baptiste Bernadet’s newest paintings. The visual hum of these abstractions is captured in nature through Bryan Graf’s photographs and Chris Duncan’s sun exposures of cymbals and drums. The implication of sound beats on in Paul Lee’s tambourine works that imply the touch of skin as much as a rising sun. The reverence for celestial bodies continue a circular motif of the sun and moon in Ted Gahl and Denise Kupferschmidt’s new paintings while the painterly marks of Adrianne Rubenstein’s work render a memory of it all, captured.

Bryan Graf was born in New Jersey in 1982. Graf received an MFA from Yale University in 2008 and a BFA from the Art Institute of Boston in 2005. His work has been exhibited at the Atlanta Contemporary Museum, Atlanta, GA; George Eastman House Museum, Rochester, New York; Institute of Contemporary Art, Portland, Maine; and DeCordova Museum and Sculpture Park, Lincoln, Massachusetts. Graf was a 2016 recipient of the Pollock-Krasner Foundation Grant. His work has been featured and reviewed in numerous publications, including The New York Times, The New Yorker, Harpers, Blind Spot, and Details among others. He has published four books:Wildlife Analysis (Conveyor, 2013); Moving Across the Interior (ICA@MECA, 2014); Prismatic Tracks (Conveyor, 2014); and Debris of The Days (Conveyor 2017). His photographs and books are held in the public collections of The Museum of Modern Art Library, The Portland Museum of Art, Yale’s Beinecke Rare Book & Manuscript Library, The Victoria and Albert Museum, and the Tokyo Institute of Photography.

Denise Kupferschmidt received her BFA from the Massachusetts College of Art in Boston. Recent solo exhibitions have been with Halsey McKay Gallery and Cooper Cole Gallery, Toronto. Her work has been included in numerous group exhibitions, including at BAM, Foxy Productions, Eleven Rivington, Nicole Klagsbrun and Tracey Williams, NY amongst others. She was an organizer of the itinerant group-show series Apartment Show.

Adrianne Rubenstein was born in Montréal, Canada in 1983 and lives in New York, NY. She received a Master of Fine Art from the San Francisco Art Institute, San Francisco, CA in 2011 and a Bachelor of Fine Art from the Nova Scotia College of Art and Design, Halifax, Canada in 2006. One-person exhibitions of her work have been presented at venues such as Reyes Projects, Bloomfield Hills, MI; Fourteen30 Contemporary, Portland, OR; White Columns, New York, NY; and David Petersen, Minneapolis, MI. Rubenstein’s paintings have been featured in thematic and two-person exhibitions including Out of Control, curated by Sally and Peter Saul, Venus Over Manhattan, New York, NY; Permanent Embrace, with Walter Robinson, Stems Gallery, Brussels, Belgium; Say Yes, curated by Kimia Ferdowsi Kline, Elaine L. Jacob Gallery, Wayne State University, Detroit, MI; Feed the Meter I & II, Ceyson & Benetiere, Luxembourg; and Bunnicula, with Jennifer Sullivan, Marvin Gardens, New York, NY. Rubenstein is an active participant in the international community of artist-run spaces and artist-driven curatorial initiatives, and she was awarded the Emerging Artist Grant from the Rema Hort Mann Foundation in 2016.

Courtesy of the artists and Halsey McKay Gallery, New York