Wolfgang Tillmans: How likely is it that only I am right in this matter?

Wolfgang Tillmans: How likely is it that only I am right in this matter?

David Zwirner presents an exhibition of new and recent works by Wolfgang Tillmans at the gallery’s 519 and 525 West 19th Street locations in New York. 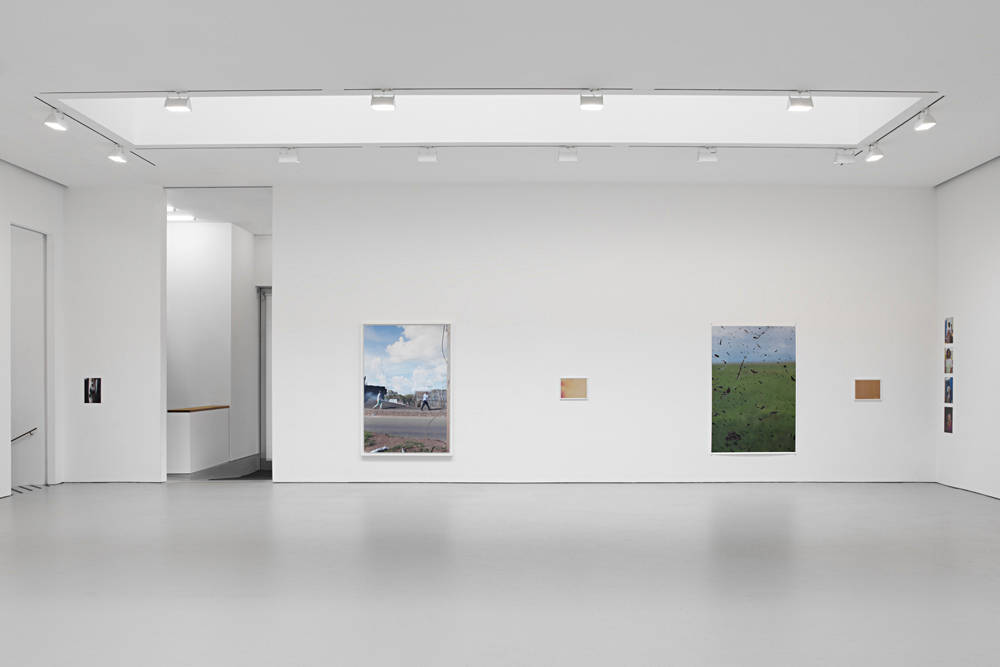 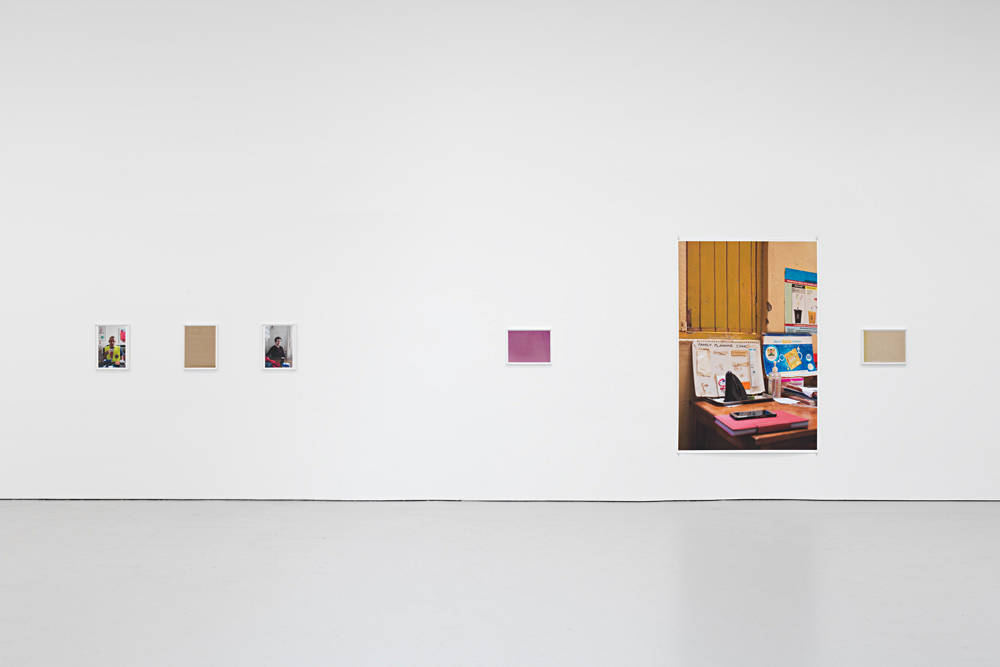 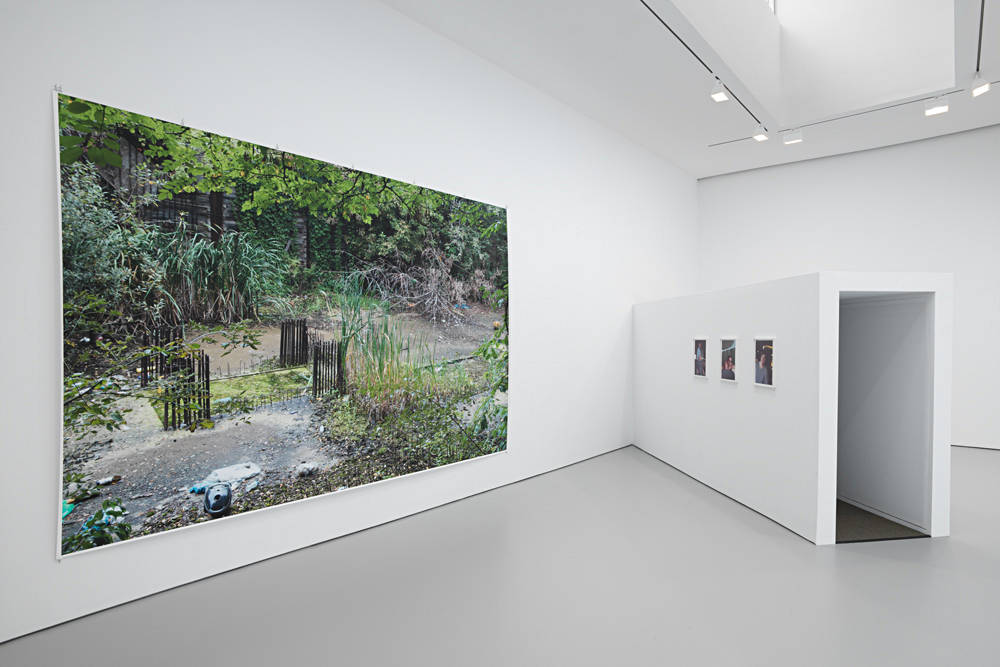 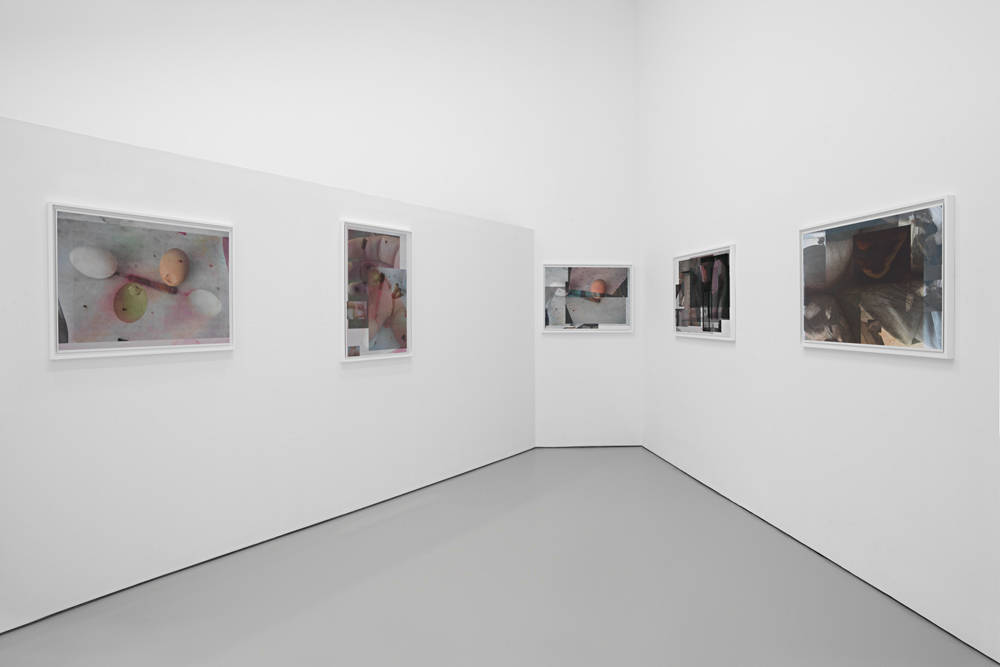 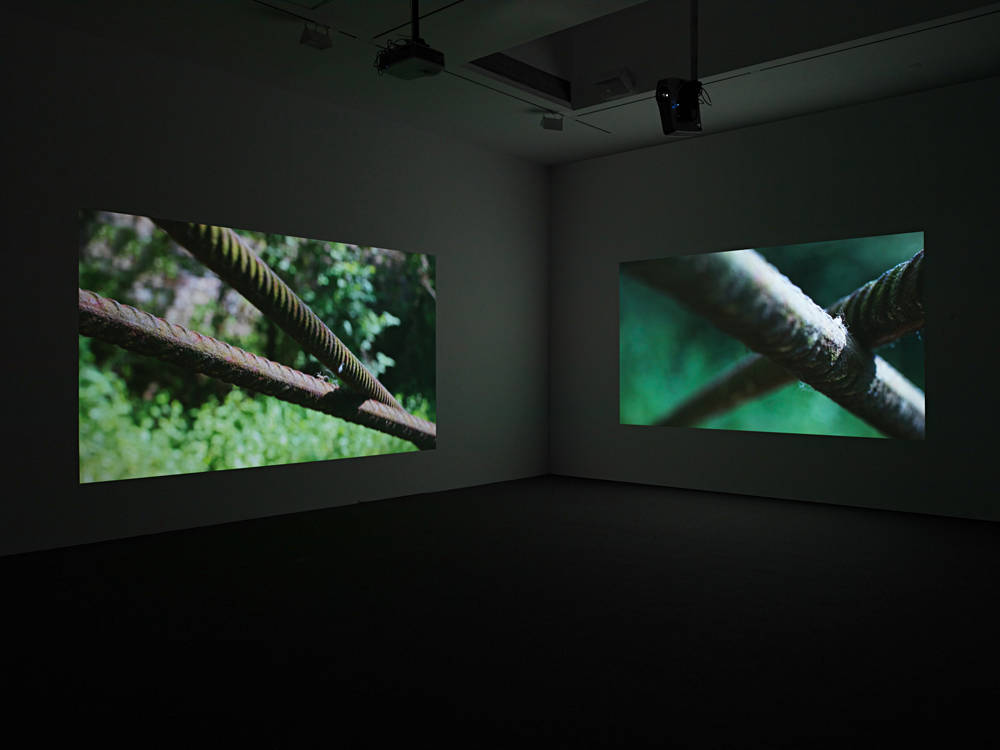 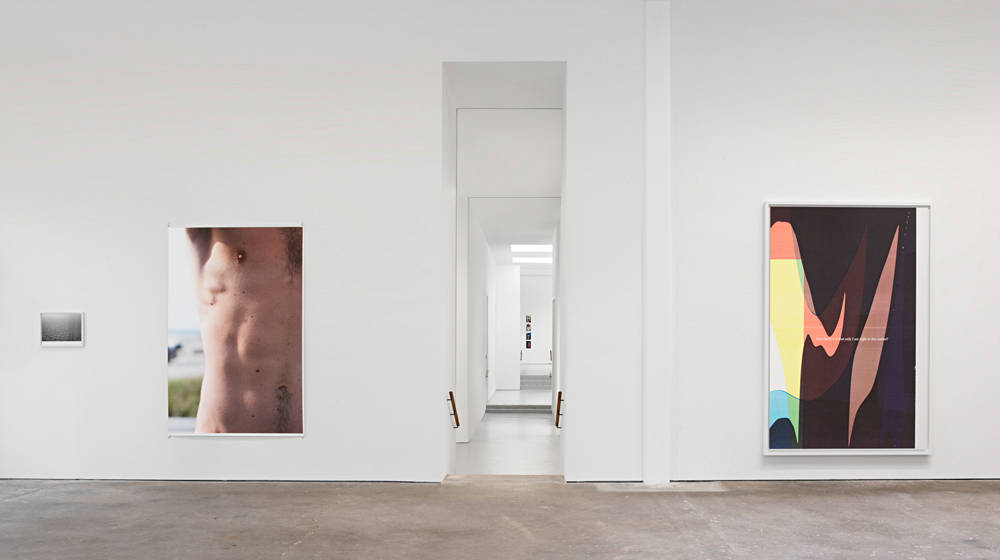 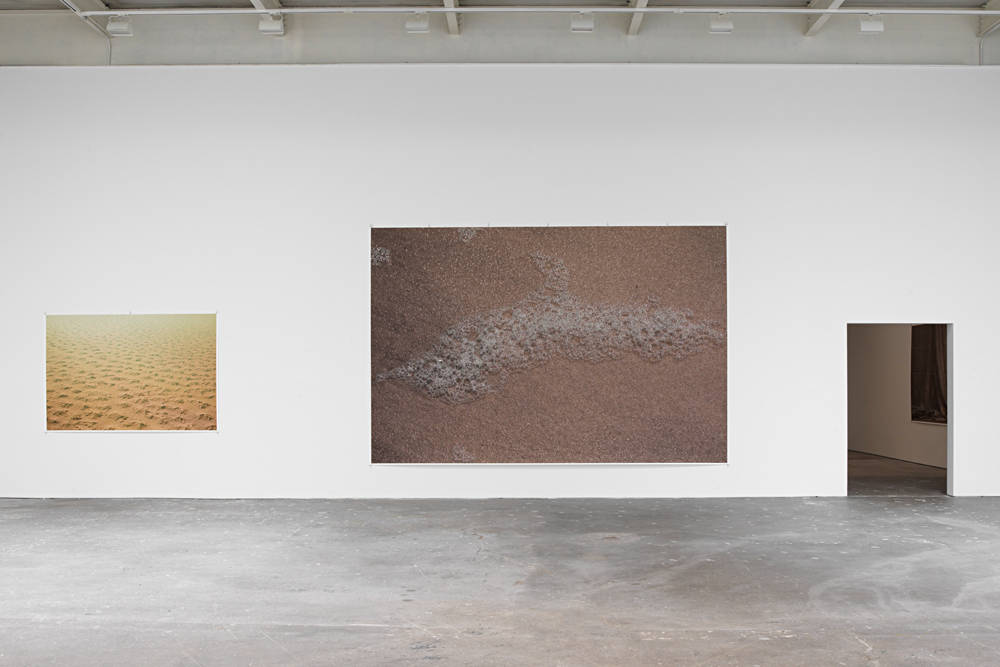 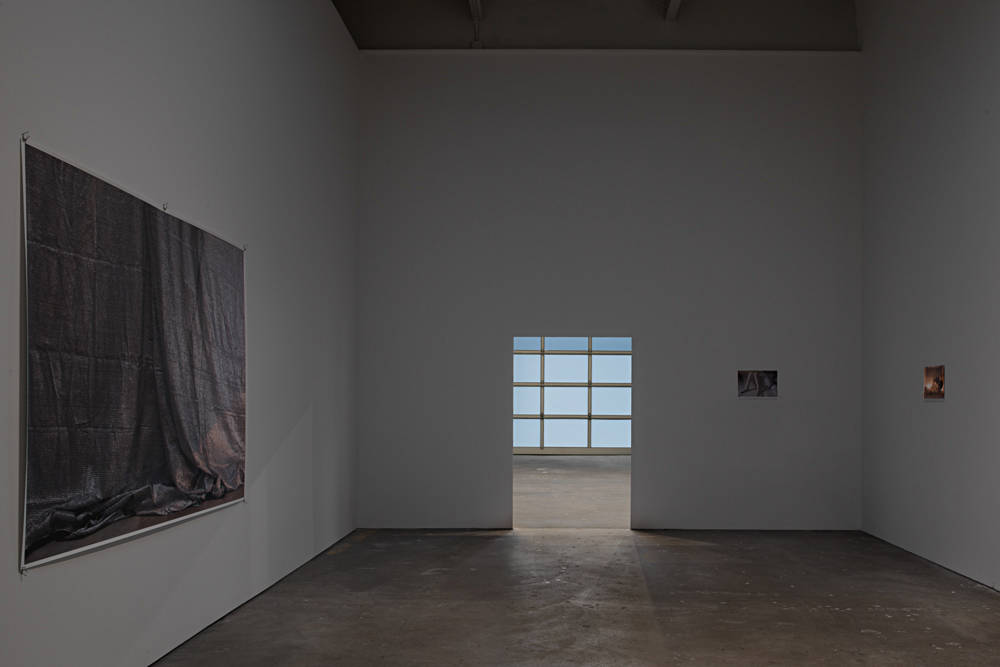 Featuring photographs, a video-and-sound installation, and a spoken-word piece, the show revisits themes explored by the artist throughout his thirty-year career, while it also embodies a subtle reevaluation of how to portray a world consistently in flux. The question posed in the exhibition’s title stretches from an introspective inquiry into perception in these divisive times to photography’s claim to reality.

Since the early 1990s, Tillmans’s works have epitomized a new kind of subjectivity in photography, pairing intimacy and playfulness with social critique and the persistent questioning of existing values and hierarchies. Through his seamless integration of genres, subjects, techniques, and exhibition strategies, he has expanded conventional ways of approaching the medium, and his practice continues to address the fundamental question of what it means to create pictures in an increasingly image-saturated world.

This inquiry is put into further perspective in I want to make a film (2018), a new sound piece in which a male voice discusses plans for a film about the computing power of smartphones. Playing within a near-empty, darkened room, the unscripted monologue proceeds to query one of the single biggest technological advances in recent history—what is actually inside the instrument in the palm of one’s hands, why is it ever faster, who makes the parts, how can light waves now register on chips smaller than themselves, how infinite can image resolution get, and what does it all do to the human brain—though it recognizes that many answers are beyond comprehension and rarely sought out.

Introduced as a film project and exhibited within a space where the artist’s photographs would typically be expected, the monologue—which Tillmans is presumably having with himself or on behalf of the listener—evokes its own set of pictures. By extension, it highlights issues central to the artist’s practice, including how to make a given image possible and what can and cannot be depicted. As these parameters continue to get pushed by technology so do broader questions regarding how perception changes when photographs are increasingly viewed on a small scale and digitally disembodied. Disarming and quixotic in its bewilderment, the monologue maintains a daring and powerful insistence on the act of questioning and ultimately revolves around the creative process itself.

Videos on view explore a style of narration that at once diverges from and resembles the still photograph. In Non-toxic Foam (2017), Tillmans engages playfully with foam on the beach. In an age of alarming environmental news, the foam may appear pernicious but is in fact a harmless natural phenomenon caused by algae. Ebbing and flowing with the waves, solid at one moment and dissolving at the next, its indefinite materiality suggests endless change and as such reflects the artist’s recent engagement with water as one of his photographic subjects. Other films in the exhibition, including Freezer (2017), a timely play on authority and masculinity, and an as-yet-untitled piece (2018) in which the artist causes movements and unexpected musicality of steel rods at a construction site, employ non-chronological sequences that defy conventional narrative trajectories. The soundtracks accompanying the videos continue Tillmans’s exploration of music as a parallel language.

The photographs on view were alternately created with a photocopy machine, in the darkroom, and with a camera and accentuate the performative and investigational tone of I want to make a film. Amongst the first group, Klaus (2018) was developed from a spread in the catalogue the artist designed for his exhibition at David Zwirner Hong Kong earlier this year and is one of only a few compositions by Tillmans to consist predominantly of text. Other works were created directly on a book printing press by exposing plates with pictures and layering them during printing, or by manually moving paper edges while scanning in four colors. Tillmans has noted that he came to photography through the photocopy, and his ongoing exploration of this process continues to emphasize its alchemical qualities.

While these ink-on-paper works stretch the definition of the photograph, analog and digital techniques intersect in the large selection of Silvers, which continue a series that the artist began in the late 1990s. The abstract compositions are created by manually feeding paper through a processor filled with exhausted photo chemicals, which invariably stains it with dirt and silver particles. Like a representational photograph, the resulting “chemical reality” involves equal degrees of cause-and-effect and chance and incorporates an almost infinite amount of detail similar to high-resolution digital images.

Viewed together, the works—abstract and figurative, small and large—play against each other to form a self-contained environment with unexpected connections and dissonances. In continuation with the artist’s recent spatial interventions to exhibition spaces at the Museu Serralves, Porto, in 2016 and at the Kunstverein Hamburg in 2017, he has made subtle changes to the gallery architecture and the existing light conditions. Pushing forward his ever-expanding vocabulary of installation practices, such modifications also prompt an awareness of fluidity and unpredictability that again evoke the message in the show’s title: How likely is it that only I am right in this matter?

Born in 1968 in Remscheid, Germany, Wolfgang Tillmans studied at Bournemouth and Poole College of Art and Design in Bournemouth, England, from 1990 to 1992. In 2000, he was the first photographer and first non-British artist to receive the Turner Prize, an award given annually by Tate in London. In 2009, he received the Kulturpreis der Deutschen Gesellschaft für Photographie and was selected to serve as an Artist Trustee on the Board of Tate. He has been a member of the Akademie der Künste, Berlin, since 2012 and was appointed a member of the Royal Academy of Arts, London, in 2013. Tillmans was the recipient of the 2015 Hasselblad Foundation International Award in Photography and in January 2018, he was awarded the Kaiserring (or “Emperor’s Ring”) prize from the city of Goslar in Germany.

Since the early 1990s, Tillmans’s work has been the subject of prominent solo shows at international institutions. Recent venues include Tate Modern, London; Fondation Beyeler, Basel; and Kunstverein Hamburg, all in 2017. The artist’s first solo exhibition in Africa, Wolfgang Tillmans: Fragile, was on view earlier this year at the Musée d’Art Contemporain et Multimédias in Kinshasa. The show has traveled to the Circle Art Gallery and The GoDown Arts Centre in Nairobi and is currently presented at the Johannesburg Art Gallery (through September 30, 2018). On view through September 16, 2018 is Wolfgang Tillmans: What is different? at Carré d’Art – Musée d’art contemporain in Nîmes, France. This fall, the Irish Museum of Modern Art, Dublin, will present a solo exhibition of the artist’s work.

The artist has operated the non-profit exhibition space Between Bridges since 2006. First located in London until 2011, Between Bridges has exhibited a range of work by artists, including David Wojnarowicz, Ull Hohn, Charlotte Posenenske, and Charles Henri Ford. In January 2014, it reopened in Berlin with a solo show of work by Patrick Caulfield. From 2003 to 2009, Tillmans served as a professor at the Städelschule in Frankfurt.

In recent years, Tillmans has been more directly involved in political activism. In tandem with his ongoing Truth Study Center project (begun in 2005), he has created posters for the anti-Brexit campaign in Britain and in response to right-wing populism in Germany. For the 2018 edition of Sternberg Press’s Jahresring, the artist guest-edited and designed What Is Different?, a publication including interviews with scientists, politicians, journalists, and social workers on the issues of societal consensus, fake news, and psychological findings such as the backfire effect.

Installation views of Wolfgang Tillmans: How likely is it that only I am right in this matter? David Zwirner, New York, 2018.