“The great German philosopher Theodor W. Adorno stated that after Auschwitz, art was no longer possible. Instead, I believe art is absolutely necessary, precisely because of Auschwitz” (Wolf Vostell, 1990). 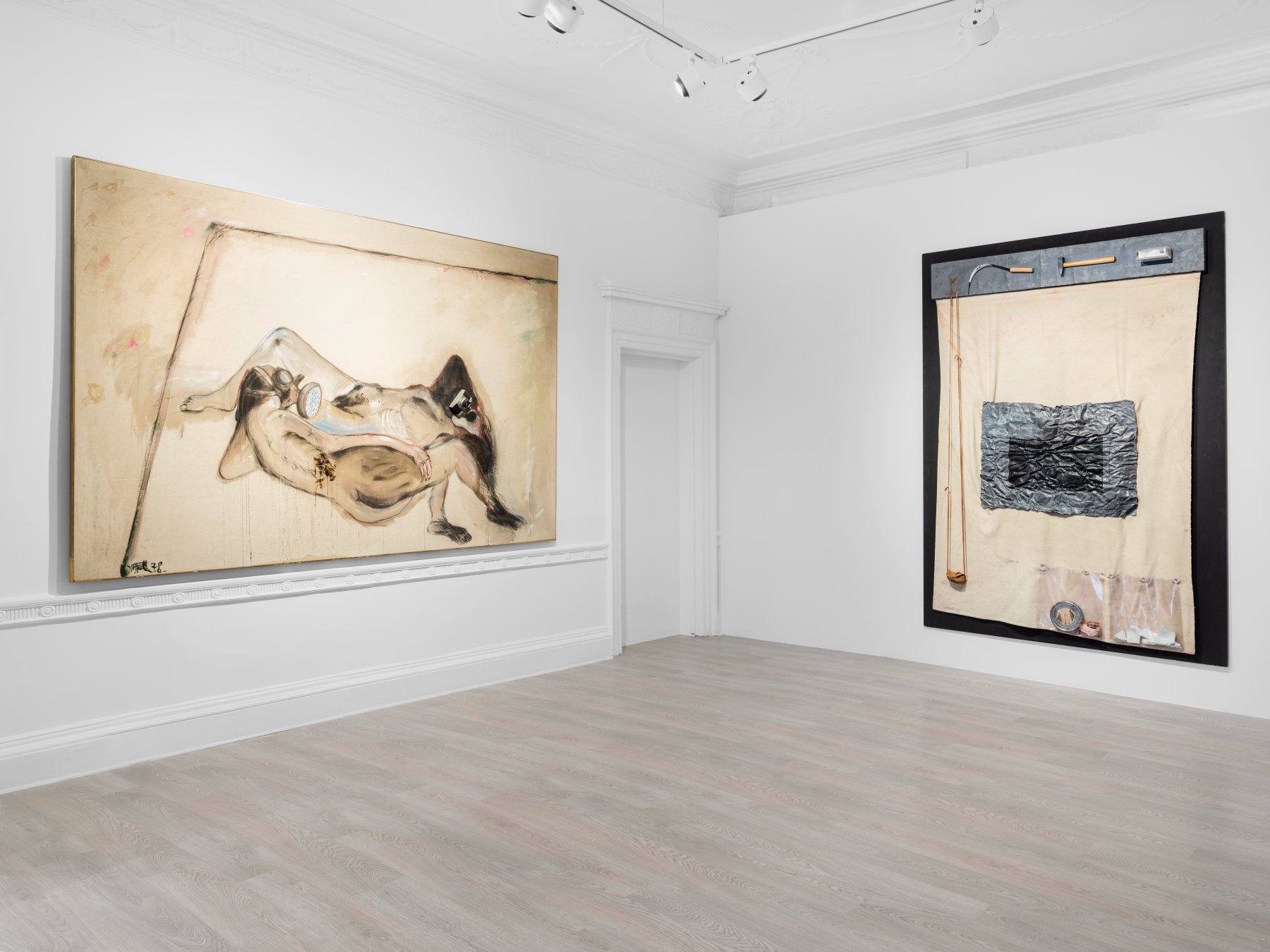 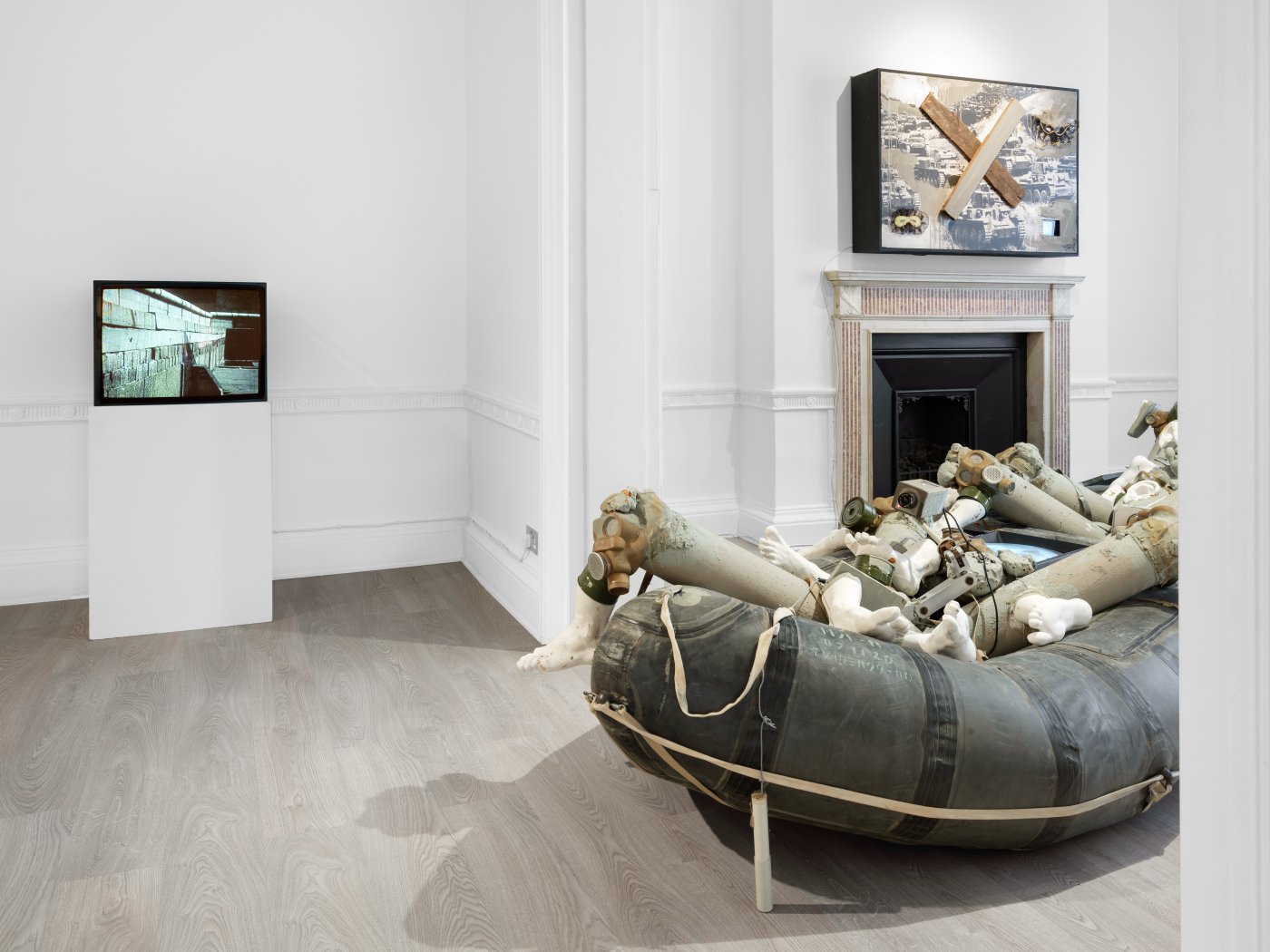 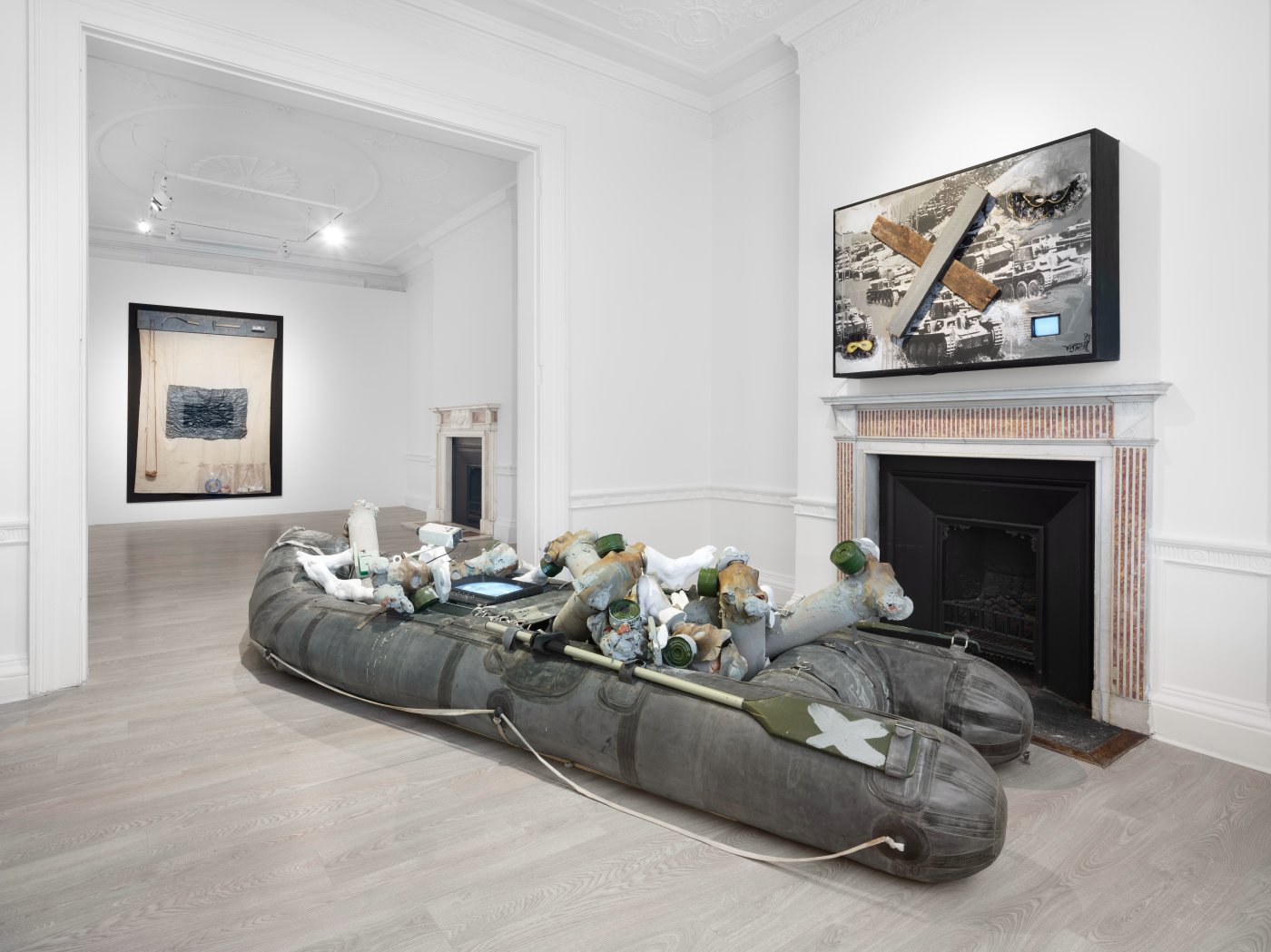 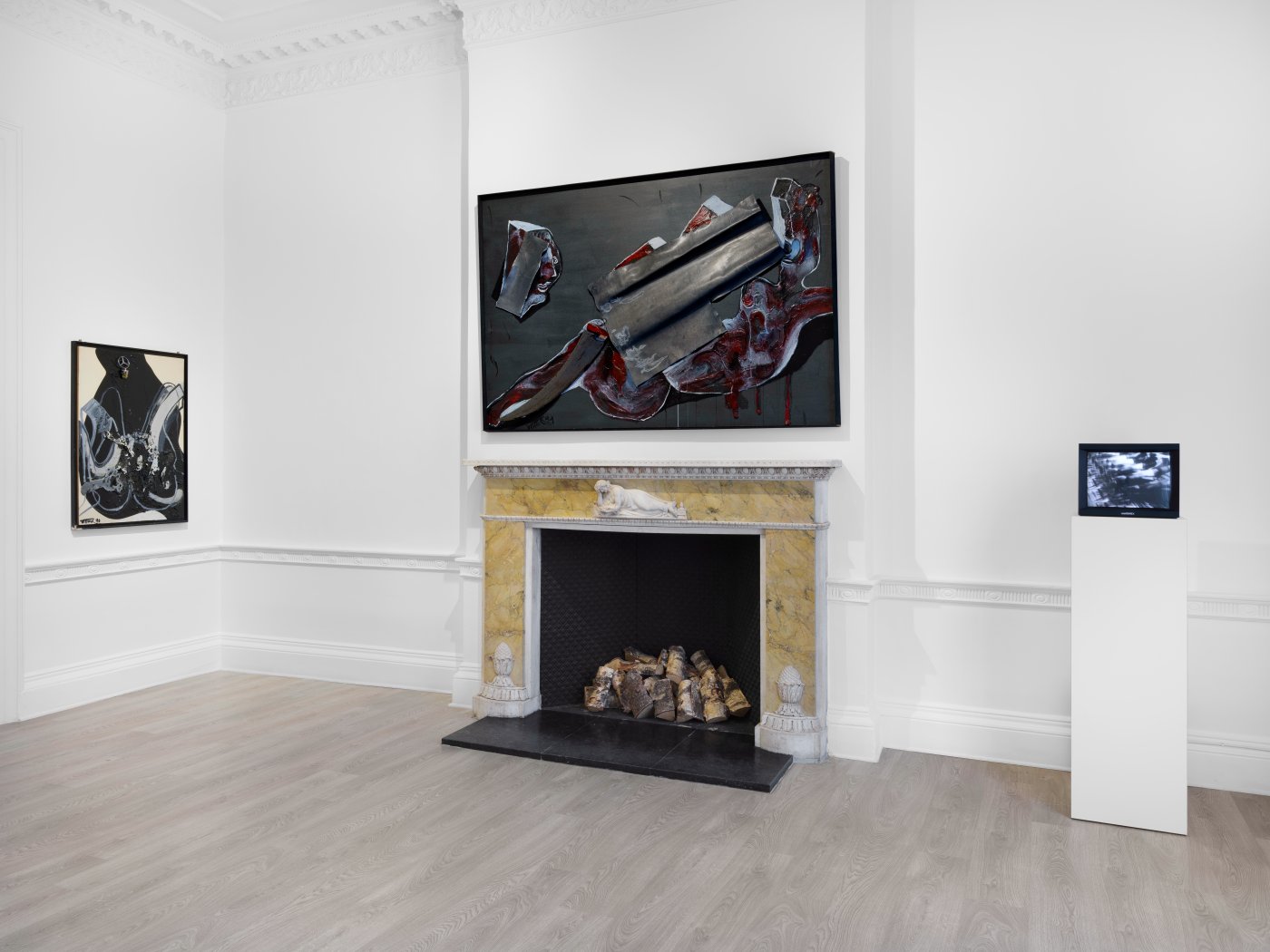 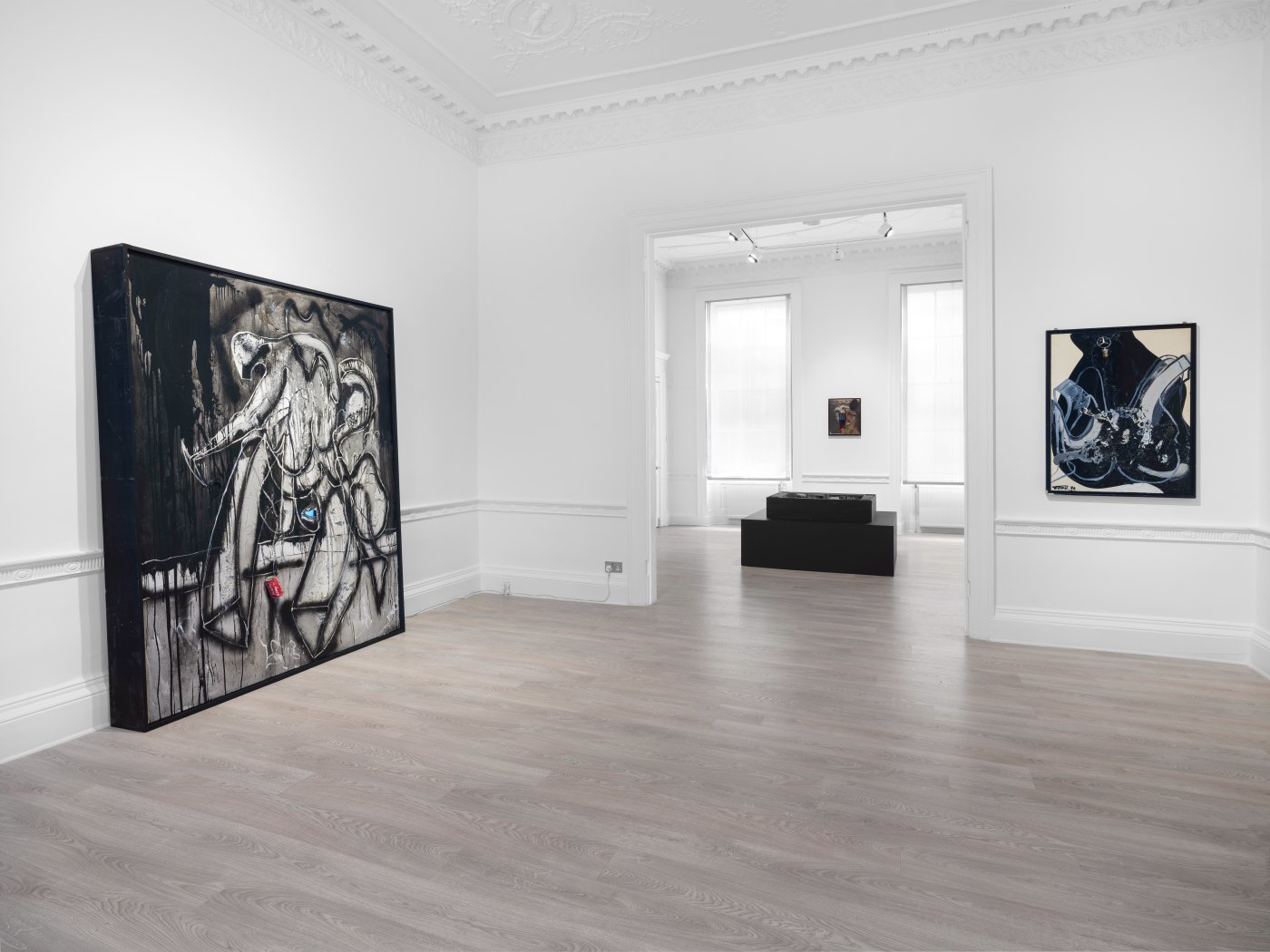 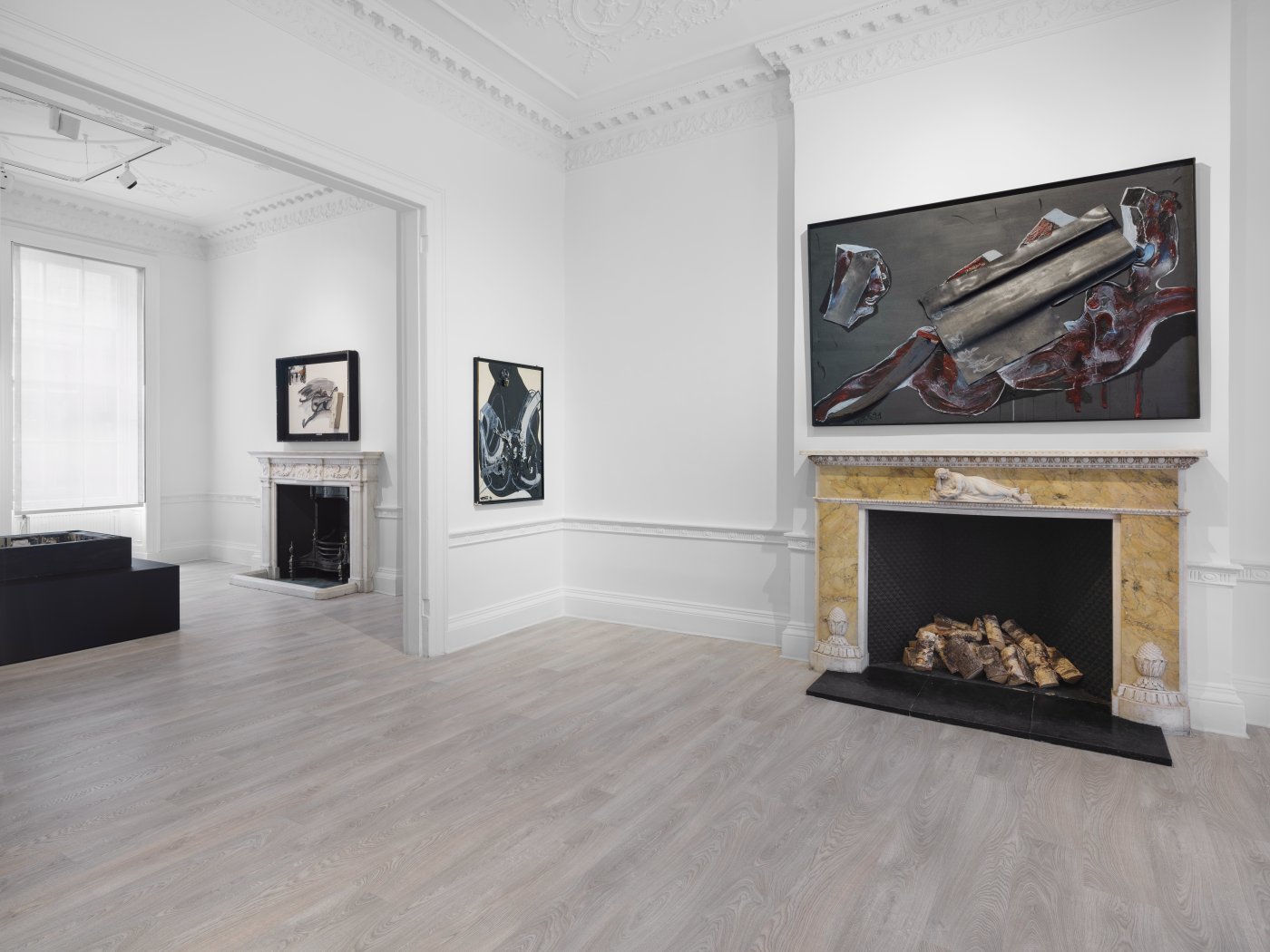 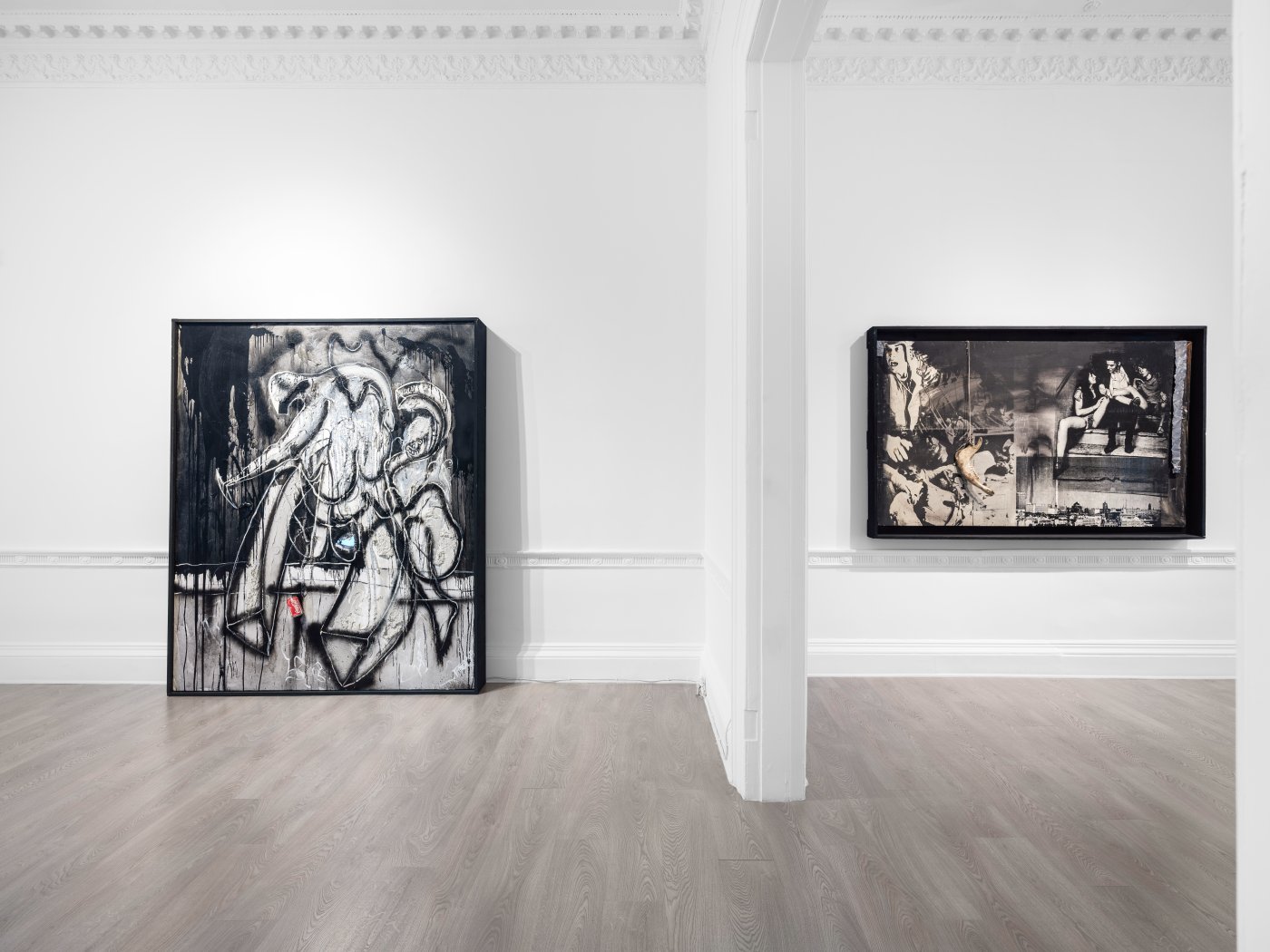 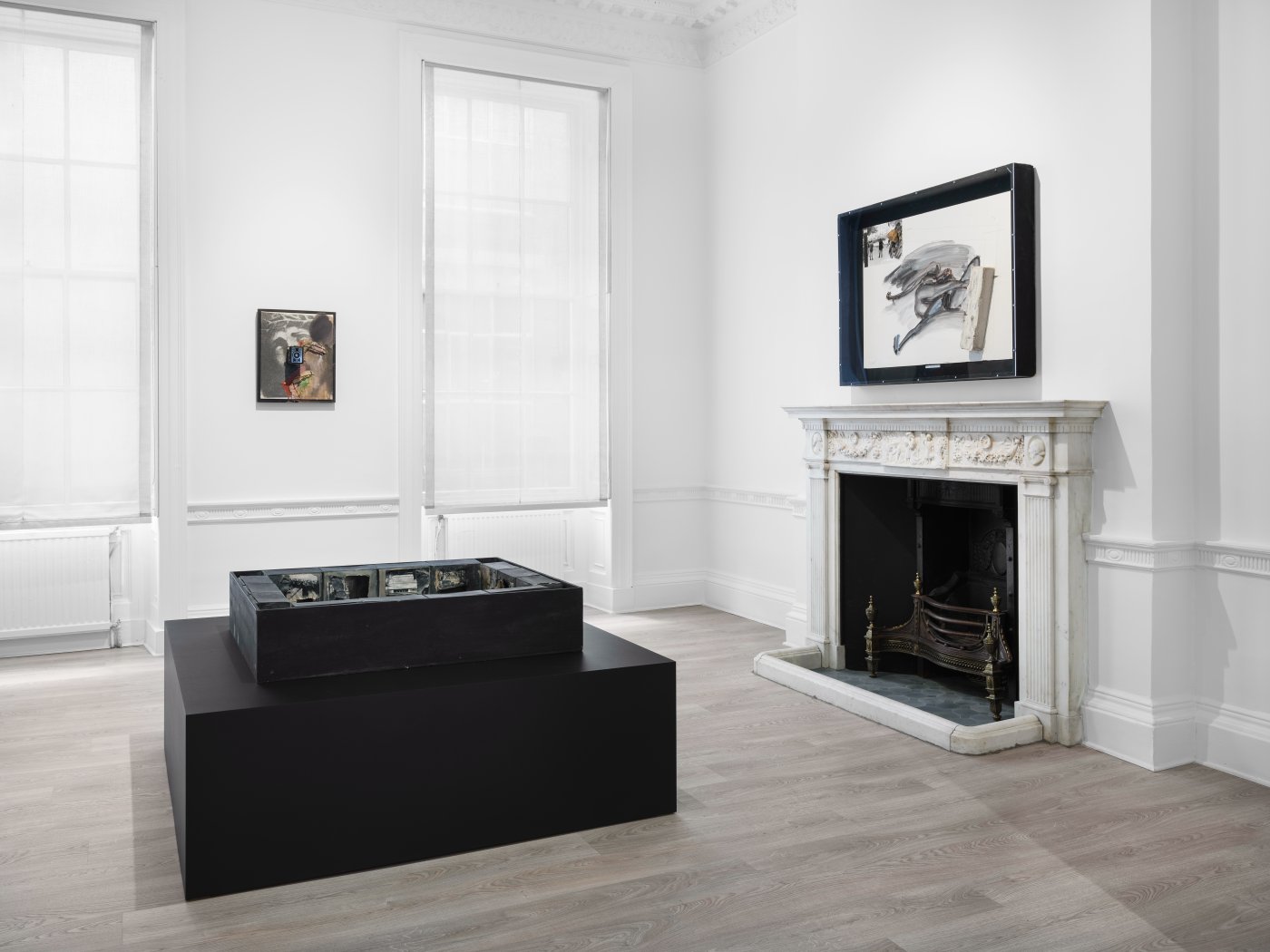 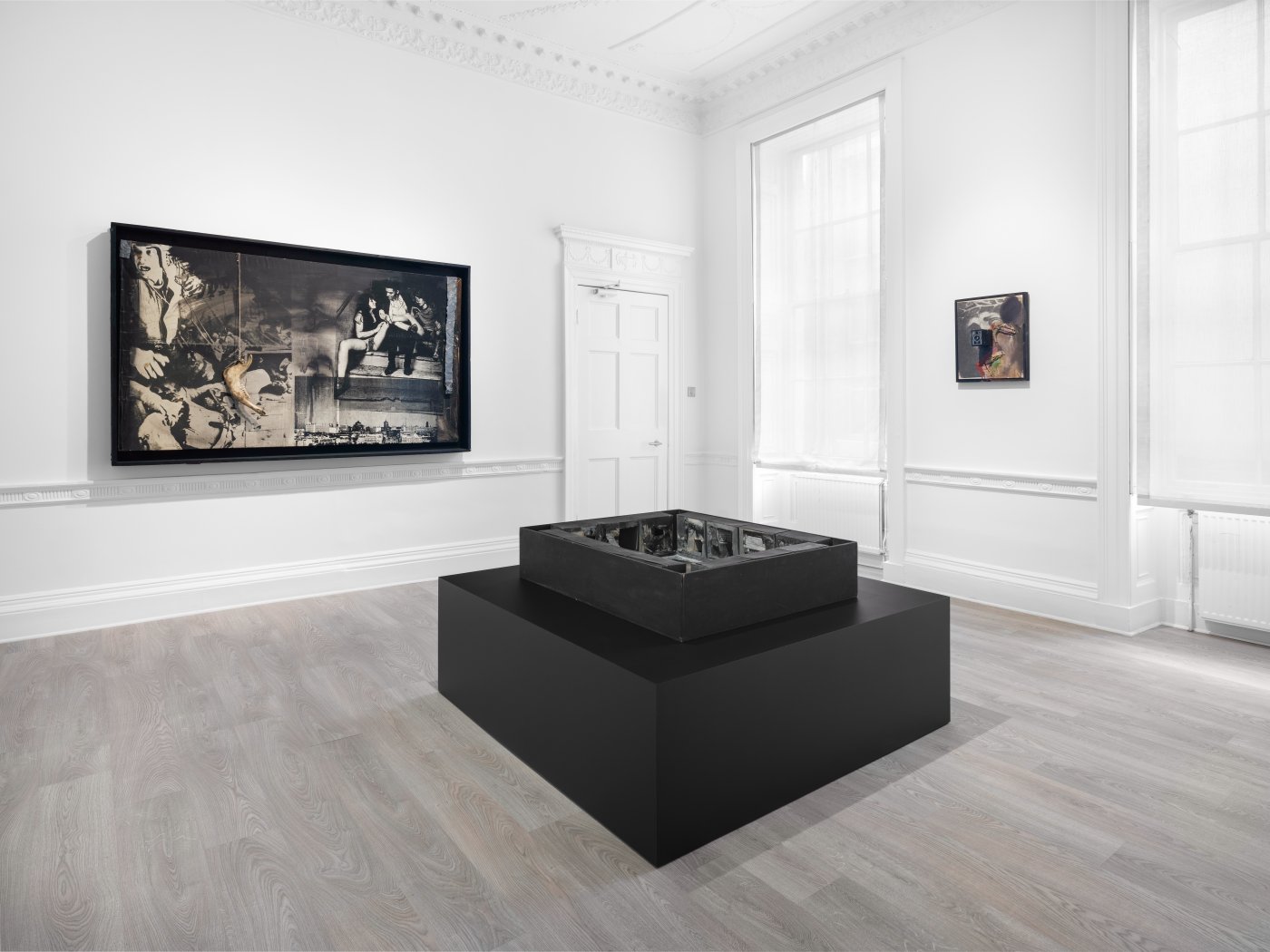 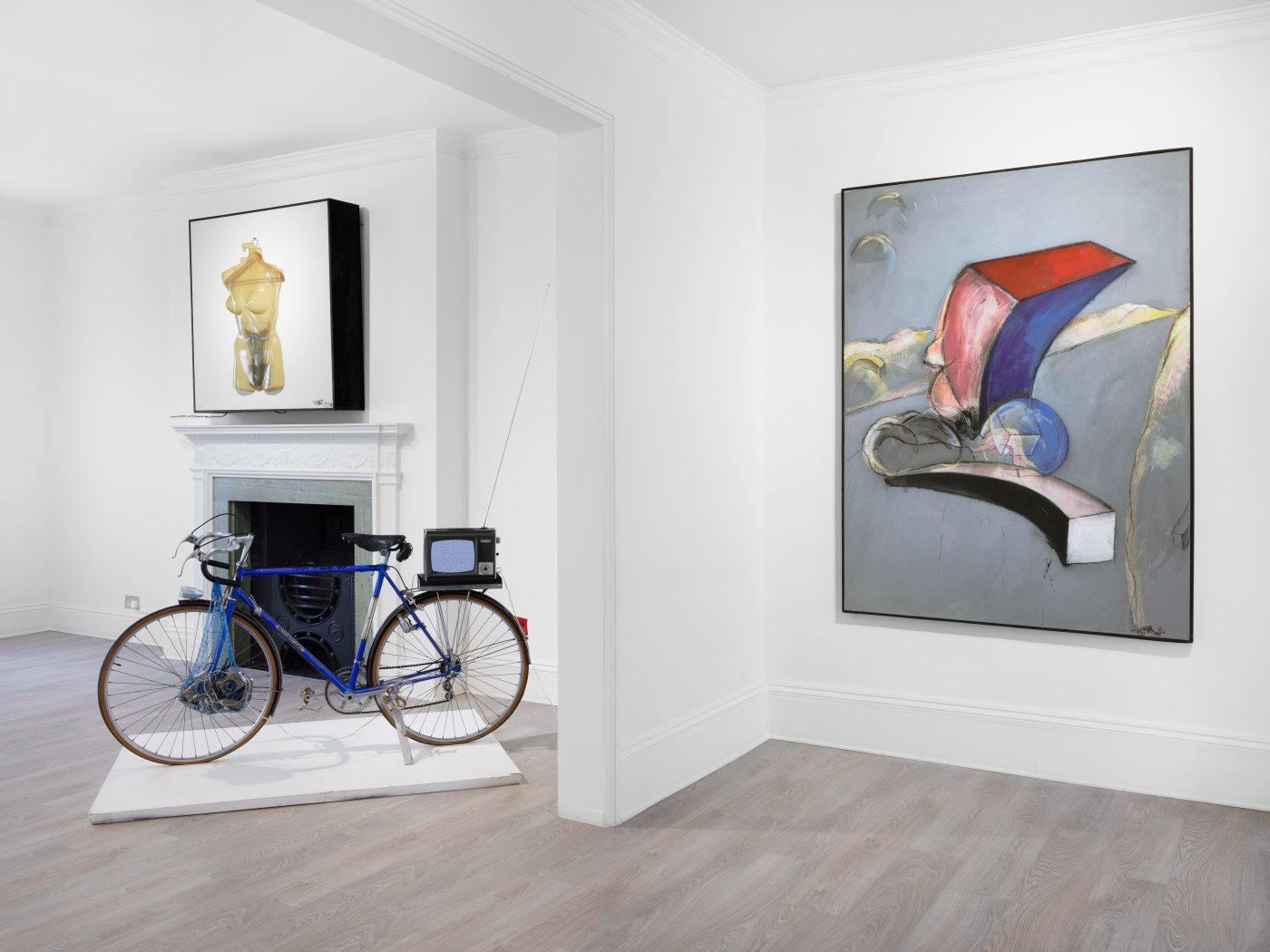 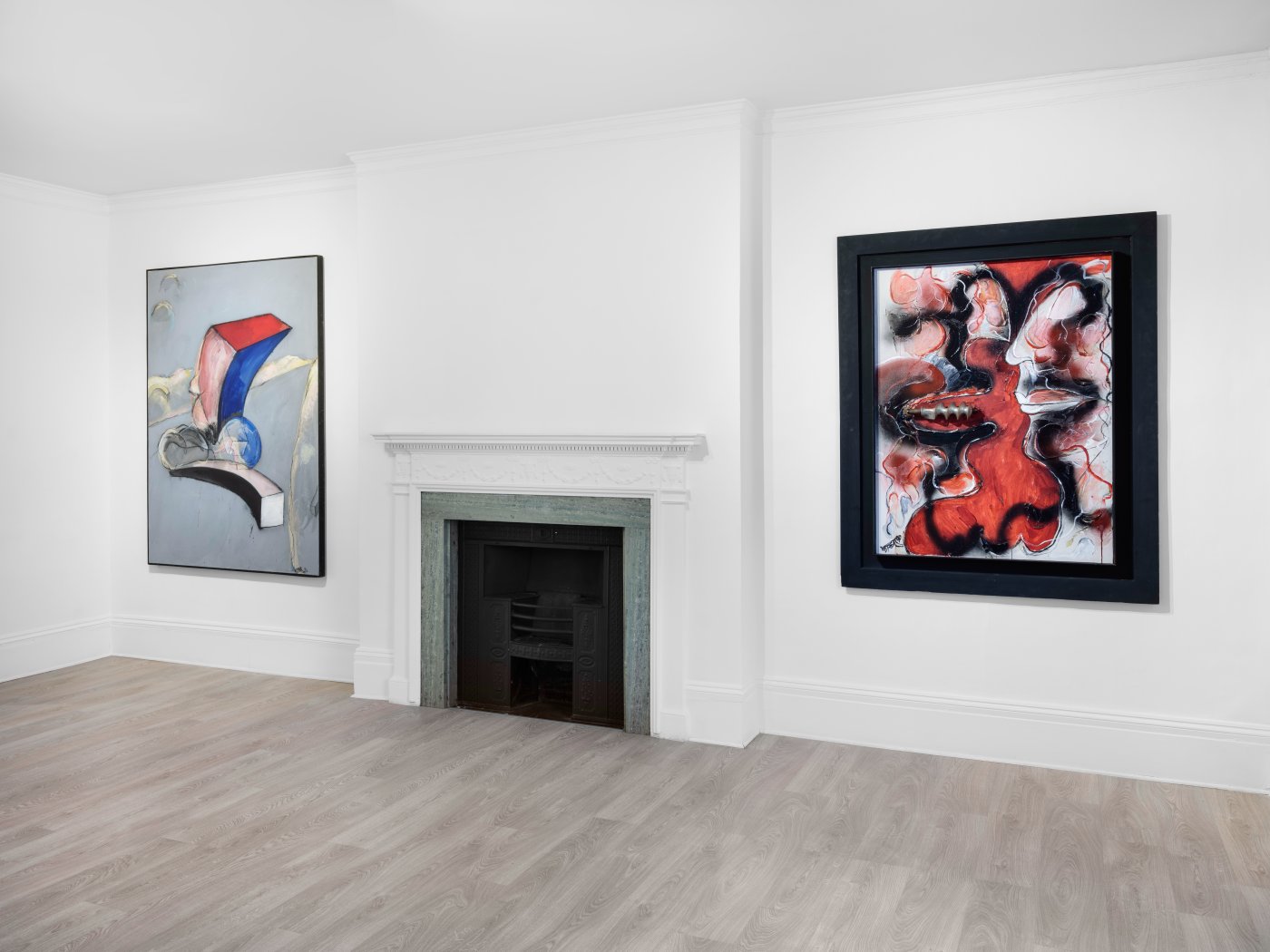 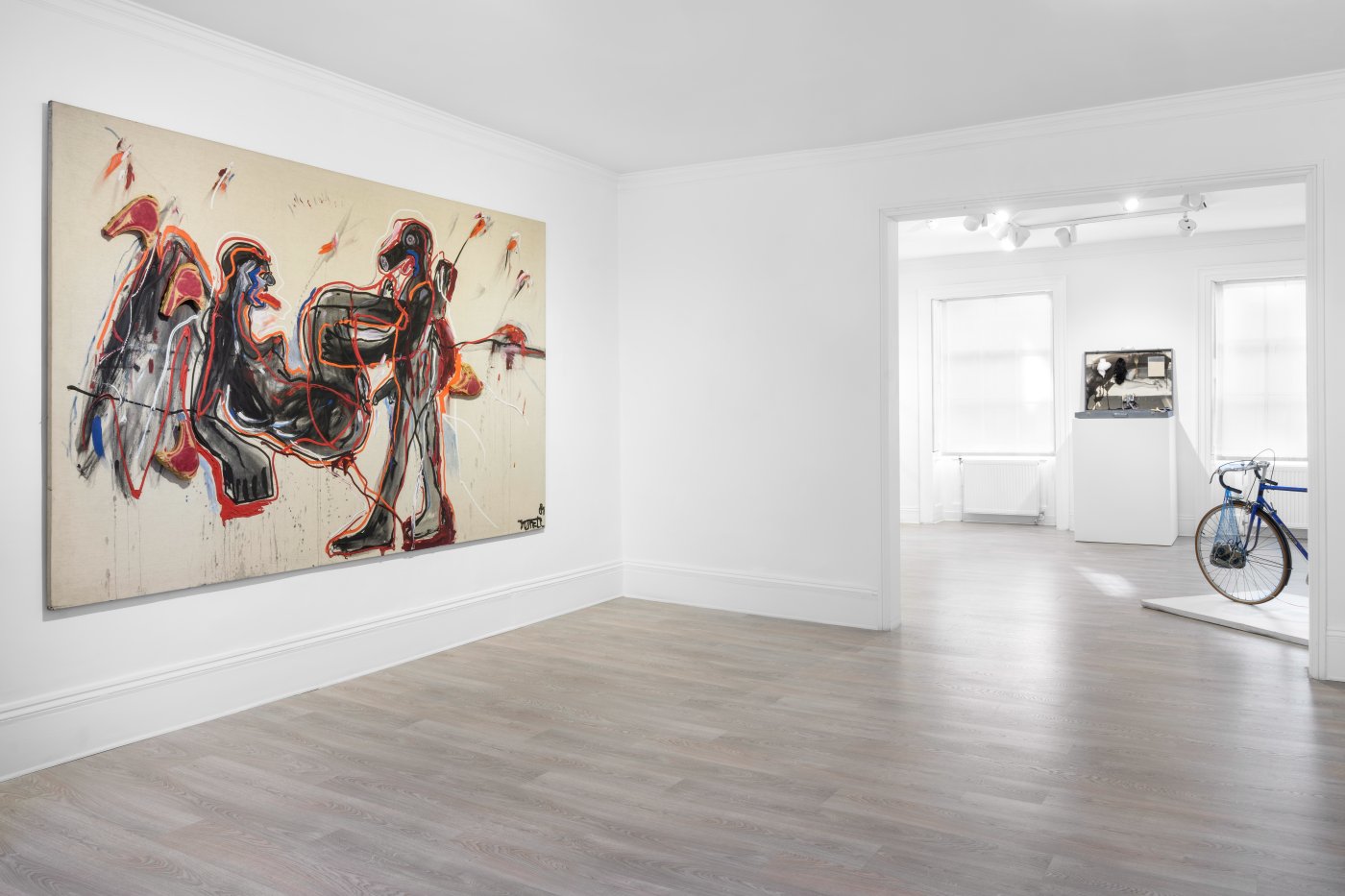 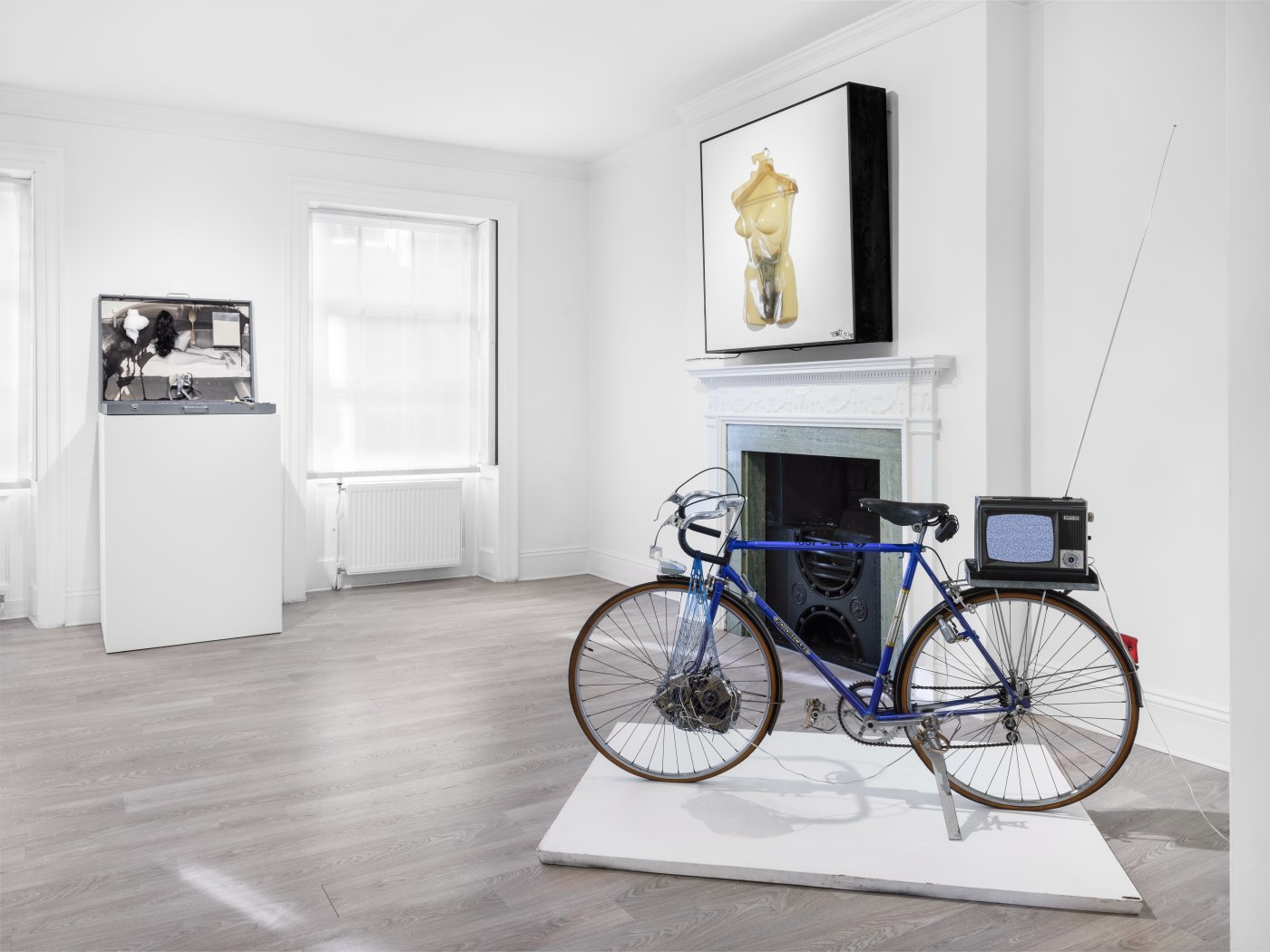 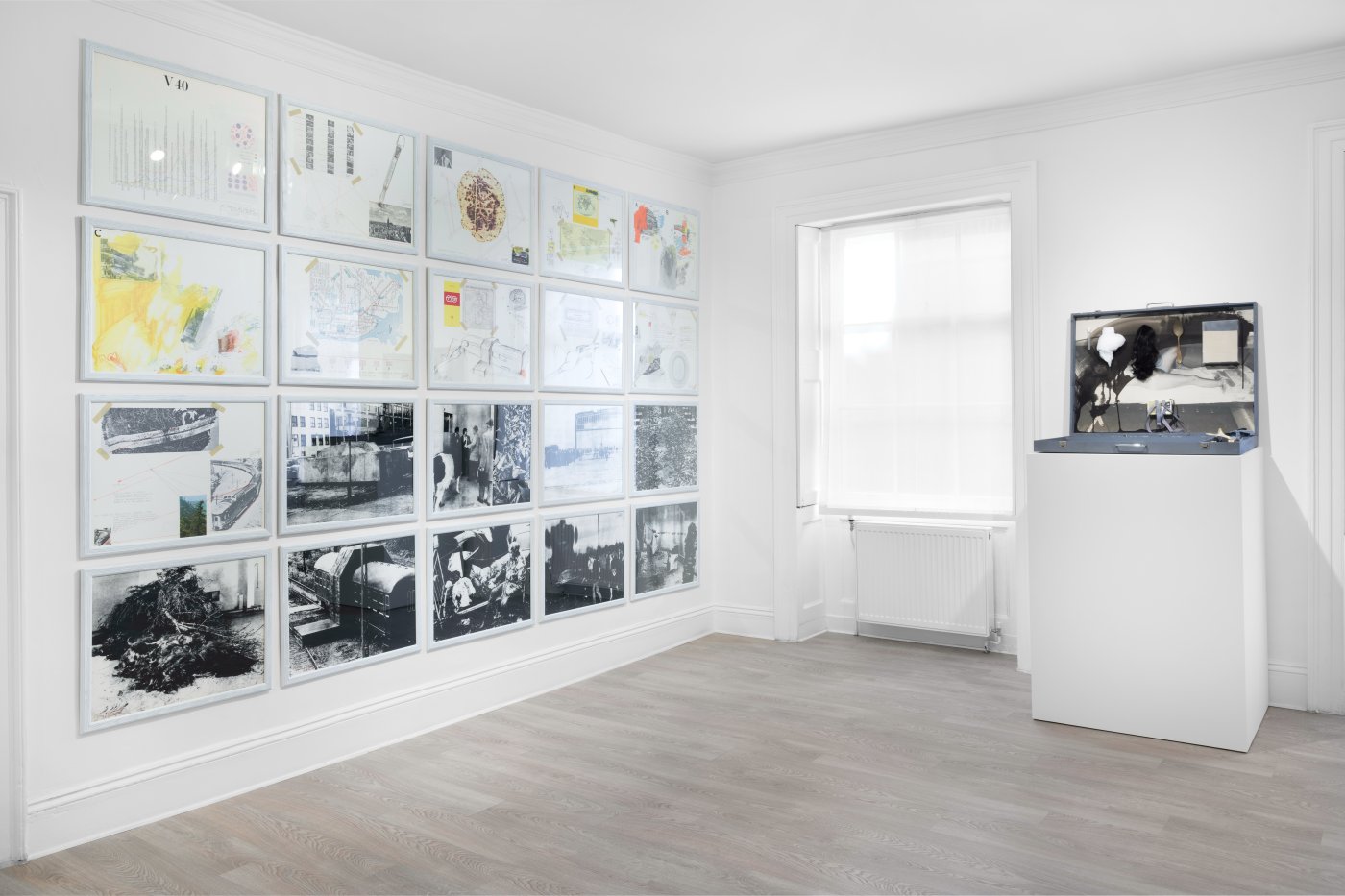 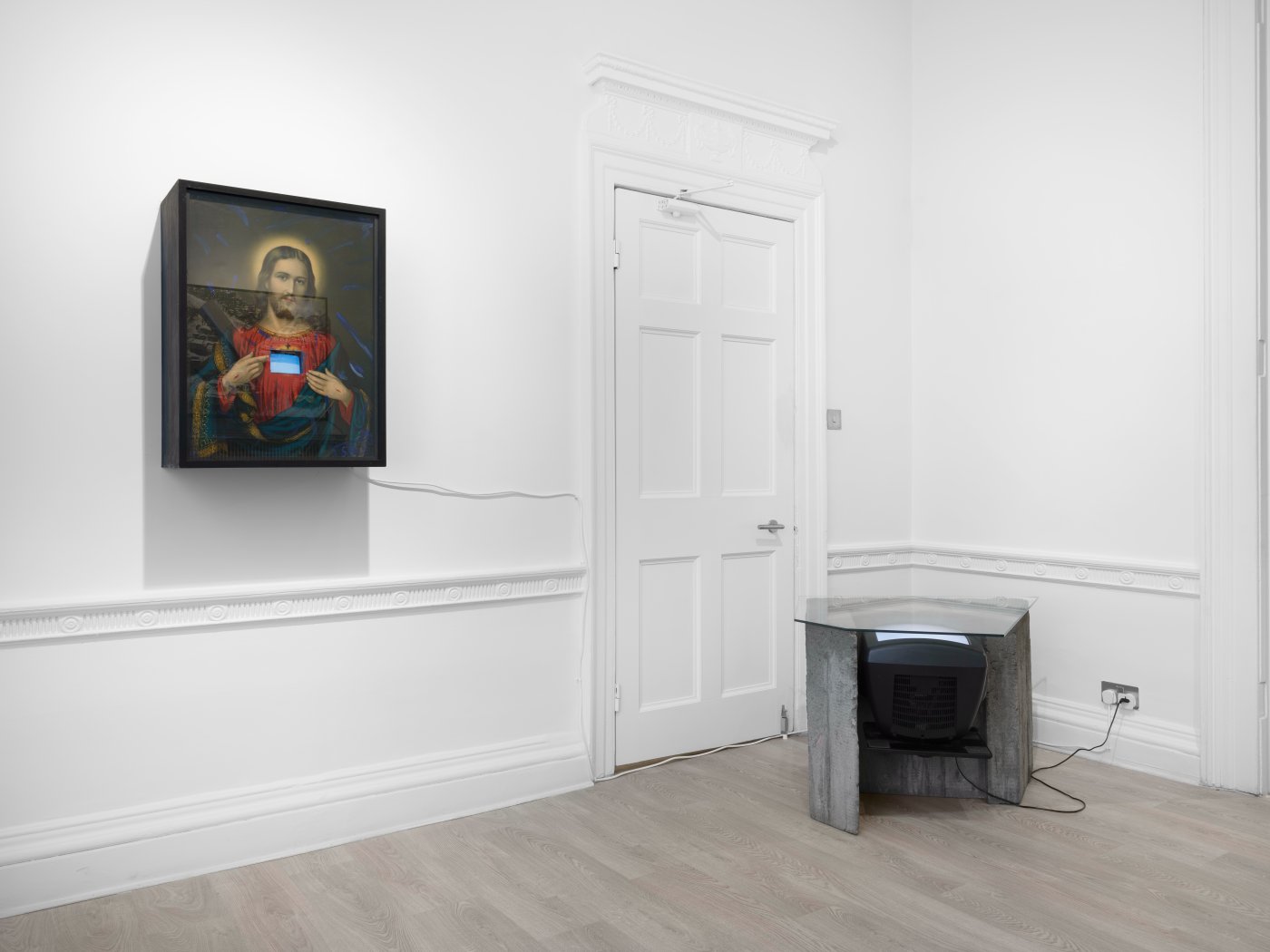 German by birth, the artist was deeply influenced by his native culture and several other historical European ones, particularly those of Spain and Italy. Shaping his practice through an honest, uncontaminated cultural fusion, they contributed to making him a key figure in the development of the artistic discourse across Europe over the second half of the Twentieth century.

One of the founders of Fluxus, Vostell, was an eclectic pioneer engaged with a variety of media. He was among the first artists to adopt video and installation as essential linguistic tools in his practice and the first to include a television within an artwork in 1958. Through a selection of videos, paintings, sculptures and installations spanning from 1967 to 1998, the exhibition Wolf Vostell | Destruction is Life takes the viewer on a journey unfolding over three floors of the Mayfair townhouse space, examining some of the many facets underpinning Vostell’s oeuvre, always with humanity at the centre. Moving beyond the Fluxus attitude of considering life as a work of art, the artist asserted that “every man is a work of art” and how by discovering one’s inner life, one can be a work of art.

From early installations such as Radar Alarm F, 1969, where a racing bike sports a bag full of alarms and a functioning TV set on its back rack, to his final work Ritz, 1998, a wall-based mixed media piece featuring a mini- TV embedded in a shop window dummy wearing female underwear, the television features heavily throughout Vostell’s practice. At times, it is a technology apparatus displaying video art, the documentation of performances, or simply interference signals. In others, a sculptural element stripped of its function. When on, the images it transmits are ephemeral, momentaneous impressions fixed in the absurdity of time, highlighting a stark, unexpected contrast against the stillness of their surroundings.

Crude still images, often depicting trauma, death, and war horrors, populate Vostell’s practice. From gasmask-clad figures (The dead man who is thirsty, 1978 and Archai, 1981) to fighter planes fading in and out of sight amid unescapably piercing sound (Starfighters, 1967), to a US Army dinghy laden with casts of body parts (Kafka’s Boat, 1990), advancing tanks (Le Choc, 1990). Scenes of war also populate the House of Deaf, 1977, a large environment the artist created for documenta 6, a model of which is included in the exhibition. Consisting of a black-tiled indoor swimming pool surrounded by fourteen large scale panels, each depicting a different scene from the Vietnam war and each with an embedded monitor playing another TV channel, The House of Deaf is one of several homages by Vostell to Spanish master Francisco Goya.

The tension between the West and the Eastern Block was another recurring motif. Between 1989 and 1998, Vostell produced over fifty Fall of the Berlin Wall works commemorating the historical event. The current war in Ukraine – the heart of geographical Europe – pushes us to reopen a problematic chapter of this history that continues spreading fear and insecurity into the fabric of the present. There is no certainty that even a peace process could reap a stable resolution. Vostell, a political activist and an artist, spoke of “Peace as the primary work of art”, a concept actualised only through culture and art as the only forces capable of generating real peace rather than control, violence, or death. For the German artist, art was first and foremost ethical, a moral act rather than an aesthetic exercise.

Vostell saw destruction as the most potent aspect of change and, in his dé-coll/ages, found a signifier for the destructive process of life and its contradictions. Through their characteristic interplay and juxtaposition of often dissonant items and images, interwoven in intricate webs of transcultural, transnational and multidisciplinary connections, often crude yet somewhat absurd and humorous, his works are constantly confronting and unsettling. They force the audience back to a disturbing reality, with all its disorienting fragments, challenging them to reflect critically on its intricacies and their relationship with it. Imbued with memory, they aim not to entertain, forget or distract as that could lead to the rise of other conflict and intolerance.

Wolf Vostell | Destruction is Life is a testimony to the everyday and its dichotomies through works where memory, war, and humanity reverberate on the stage of world history. In Vostell’s words, art shall remind us that we must remember.

Courtesy of the artist and Cardi Gallery