With Wings That Beat

With Wings That Beat

Skarstedt presents With Wings That Beat, a group exhibition organised in collaboration with Galerie Gisela Capitain, Cologne, on view at the London gallery. Long-time peers and collaborators, the two galleries share representation of certain artists in the exhibition, but also individually represent artists whose works have influenced or inspired each other. Bringing together new and historic works, With Wings That Beat seeks to highlight and celebrate the dialogues that exist between the galleries and their artists. 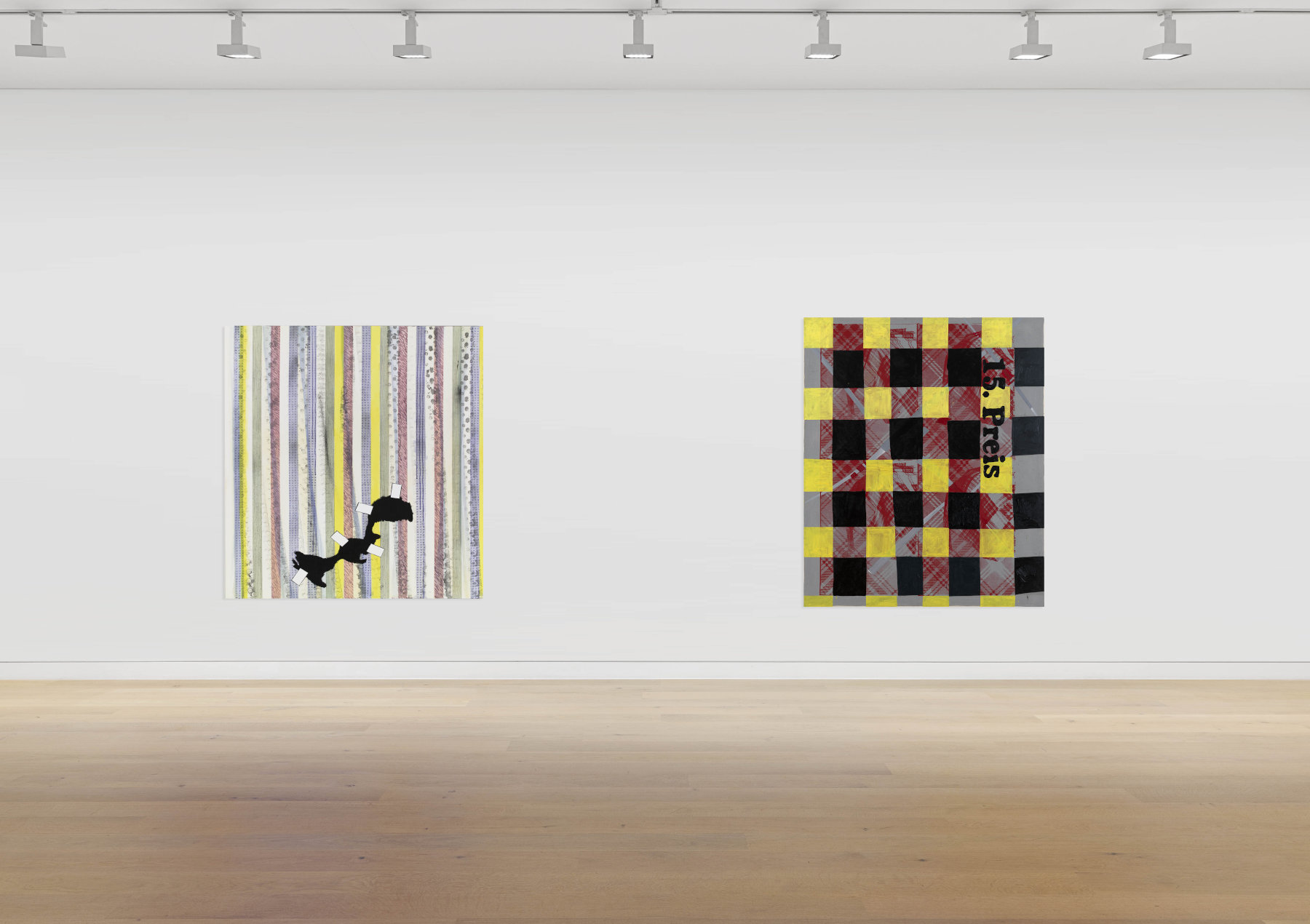 The works presented in the exhibition elucidate the subtle connections in the artists’ subject matter and technique. In Preis (from the series Preisbilder) from 1987, Martin Kippenberger superimposes the figure with the background and oil paint with print to reverse the conventional hierarchies of artistic production. Kippenberger’s iconoclastic gesture is reciprocated in the works by Albert Oehlen and Charline von Heyl, in which the artists boldly interweave the figurative and the abstract, the gestural and the patterned to extend the possibilities of the painterly medium. The three artists have shared the cultural milieu in Cologne in the 1980s and have evolved a unique and deeply influential artistic rhetoric. As von Heyl has recently explained: “This was in ’82. […] I saw, for the first time, painting that had power — and it was among my peers. […] What was interesting was Kippenberger’s and Albert’s intellectual stance, the way that painting was detached from them. It wasn’t a statement that wanted to prove something. It was just absolutely anarchistic.”

In Wade Guyton’s Untitled (2017), the image of the artist’s studio floor fuses the intimacy of a personal space with a sense of detachment achieved by the artist’s digital printing process. The rubber casts of a dog dish and a small cupboard by Fischli & Weiss featured in this exhibition signify the desire to find meaning in mundane objects and further extend the tension between the domestic and industrial, unique and mass-produced. Part of the renowned rubber stamp series, Give it Up or Turn It Loose (1994) by Christopher Wool operates in an effective dialogue with the printing techniques and conceptual strategies of Guyton and Fischli & Weiss.

In the paintings by Jadé Fadojutimi, the emphatic lines converge into shapes, which render the dichotomy between figuration and abstraction untenable. Fusing personal memories and experiences, Fadojutimi’s works are intensely introspective, investigating the fluid nature of identity. Fadojutimi often cites the paintings by Amy Sillman, represented here by a recent work SK4, as an important reference in her artistic practice. In the words of David Salle, Sillman’s long-time friend whose work is also on view here, “Sillman has refurbished, one by one, the formal elements of painting – colour, line, shape, and texture – so that her work feels both classically modern and also very much of this moment.”

The title for the exhibition is inspired by a poem, which Rainer Maria Rilke dedicated to the Russian poet Marina Tsvetaeva in 1926. Belonging to different generations, two poets nevertheless developed a close friendship, recorded in the collection of letters which they exchanged up until Rilke’s death in the same year. Writing from Switzerland, Rilke meditates on the possibility and nature of artistic encounter despite the geographic distance and physical separation:

We touch each other. How? With wings that beat,
With very distance touch each other’s ken.
One poet only lives, and now and then
Who bore him, and who bears him now, will meet.
– ​(Rainer Maria Rilke, in an inscription to Marina Tsvetaeva, from Letters Summer 1926)