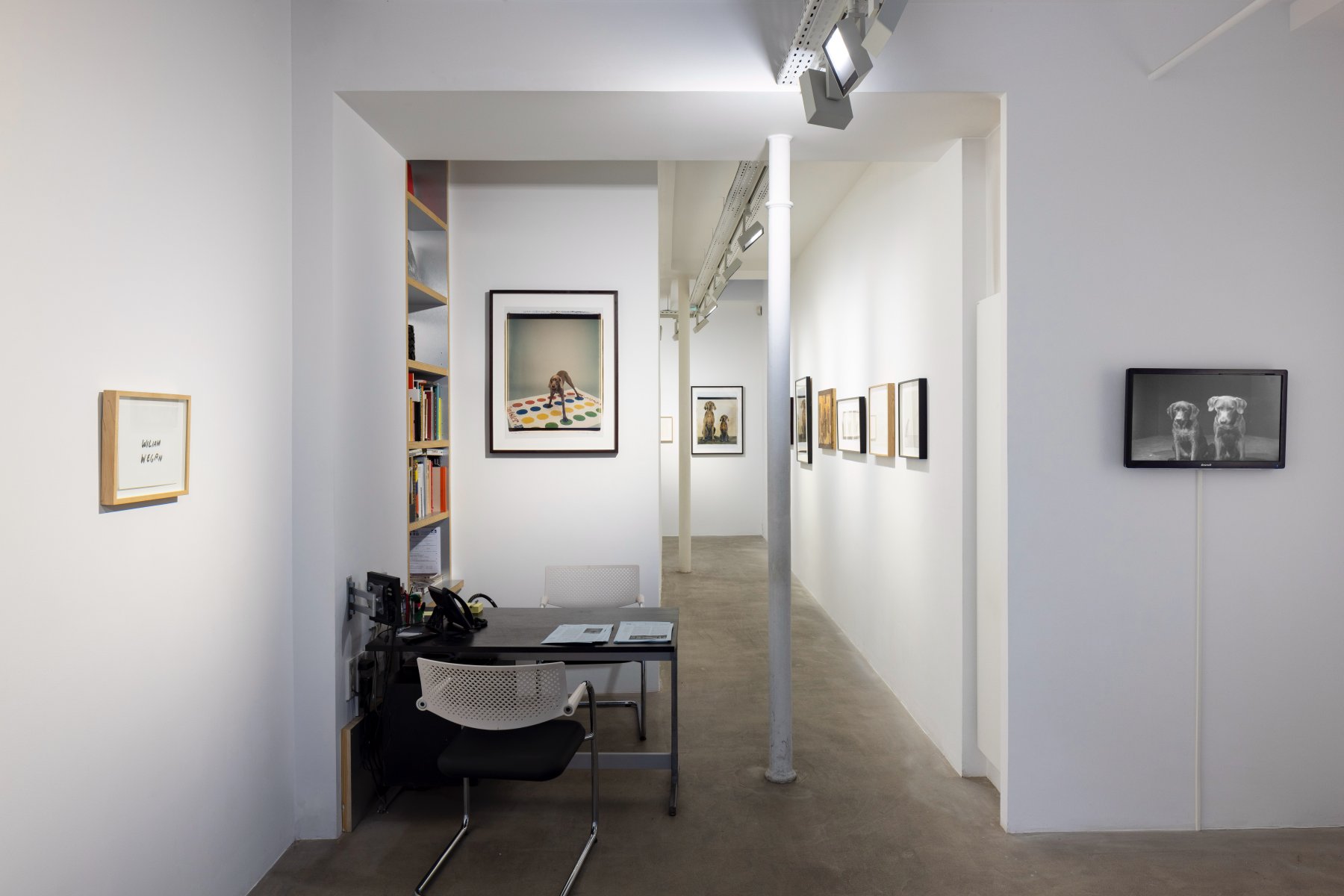 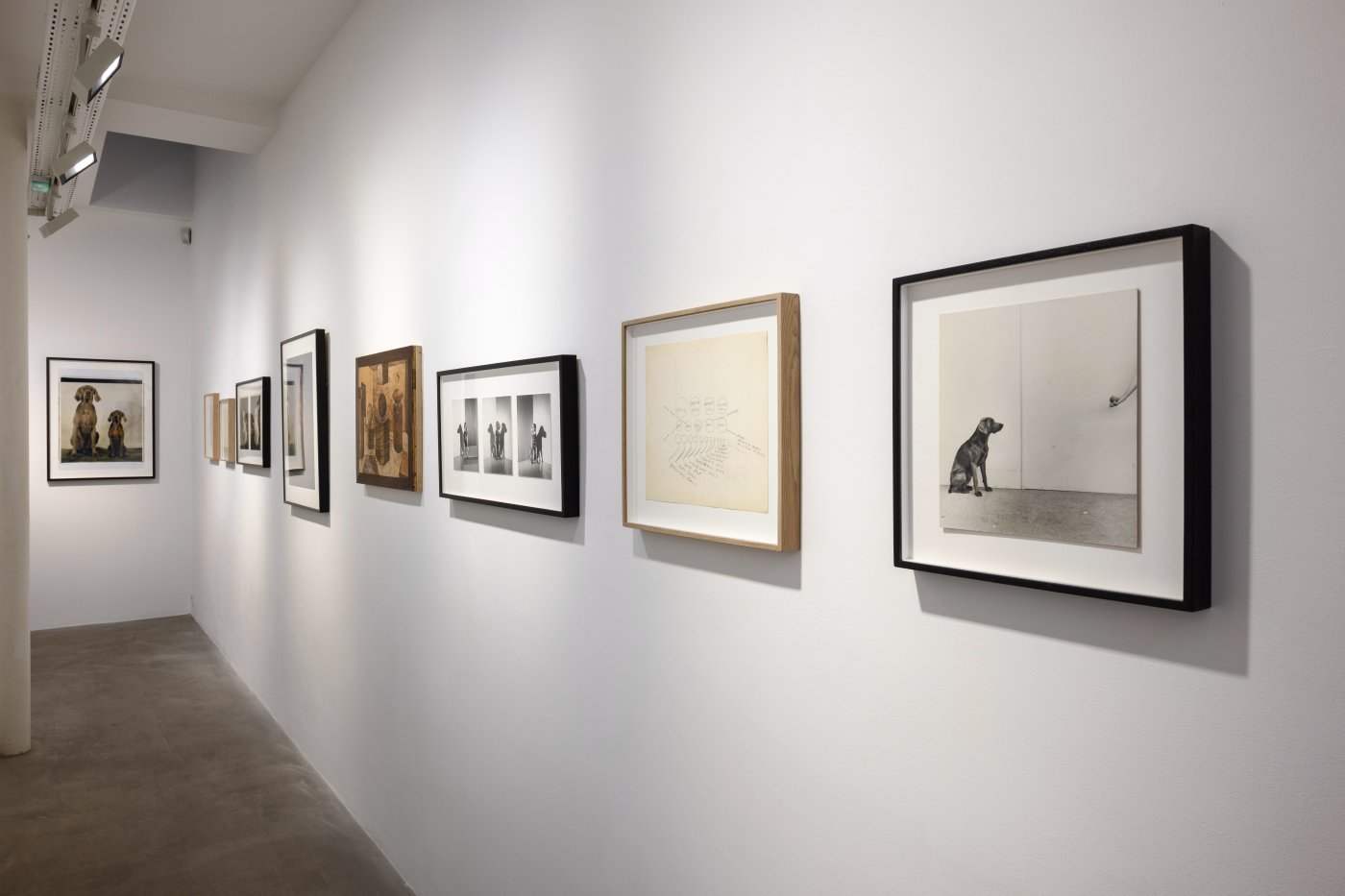 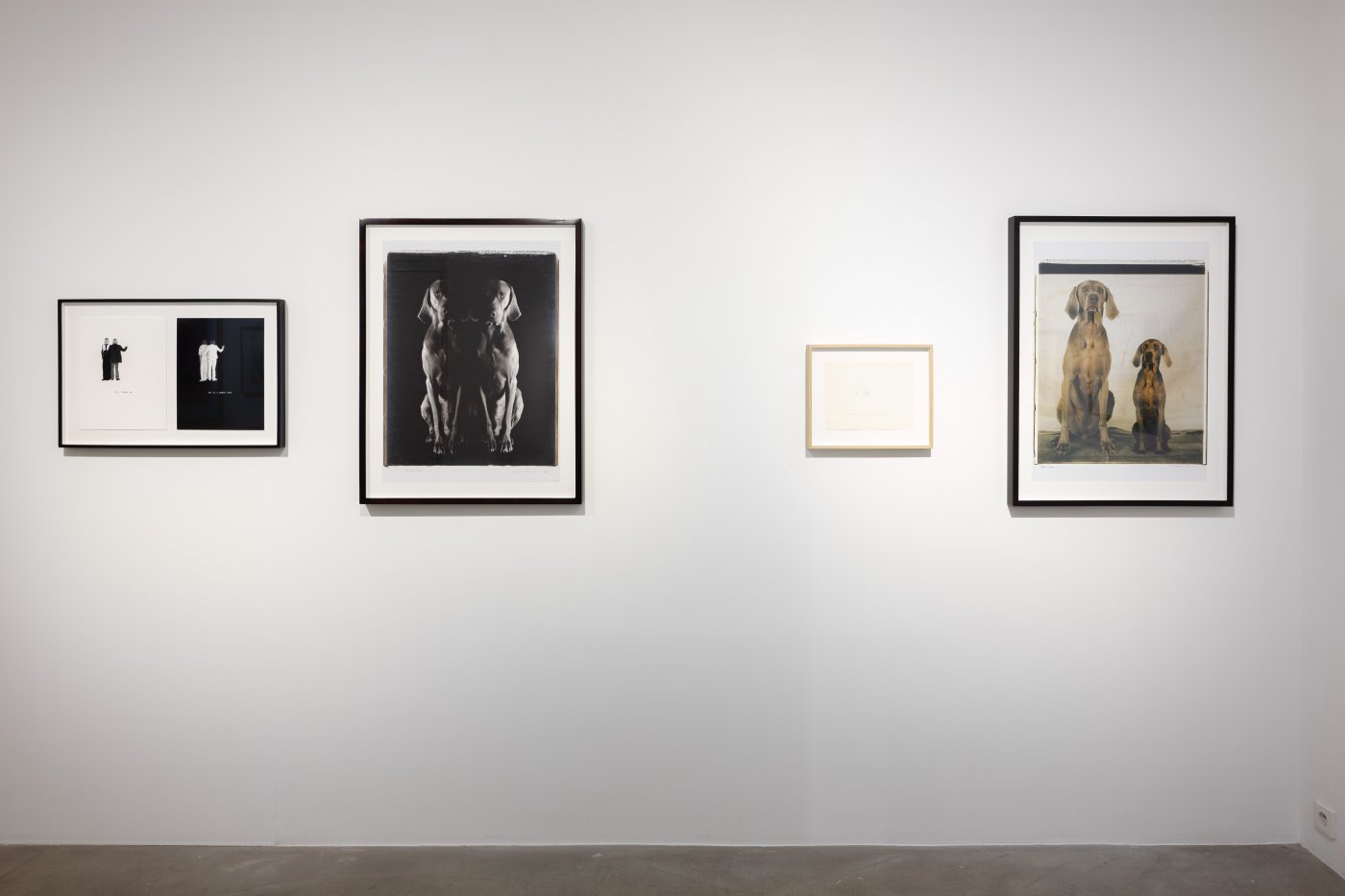 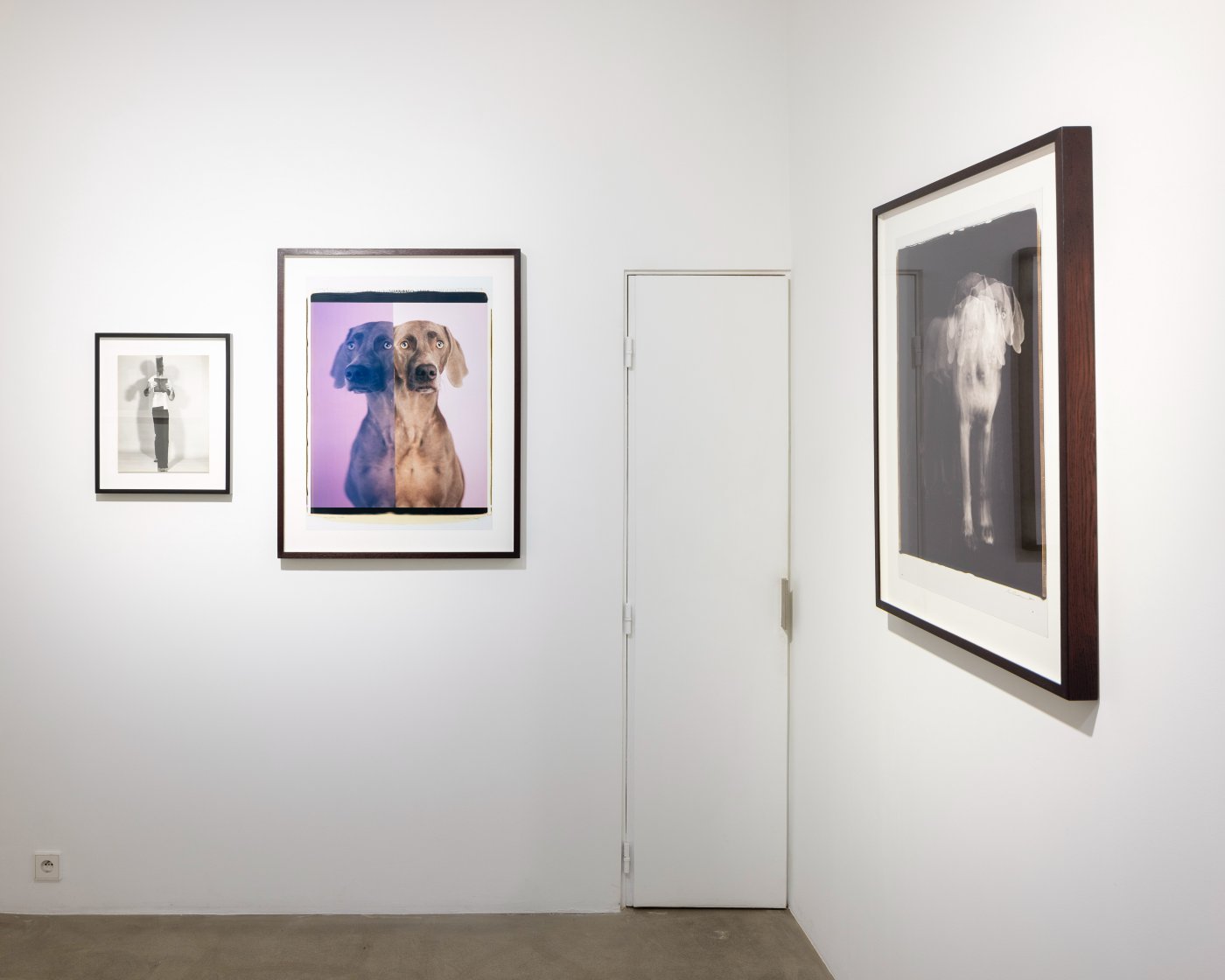 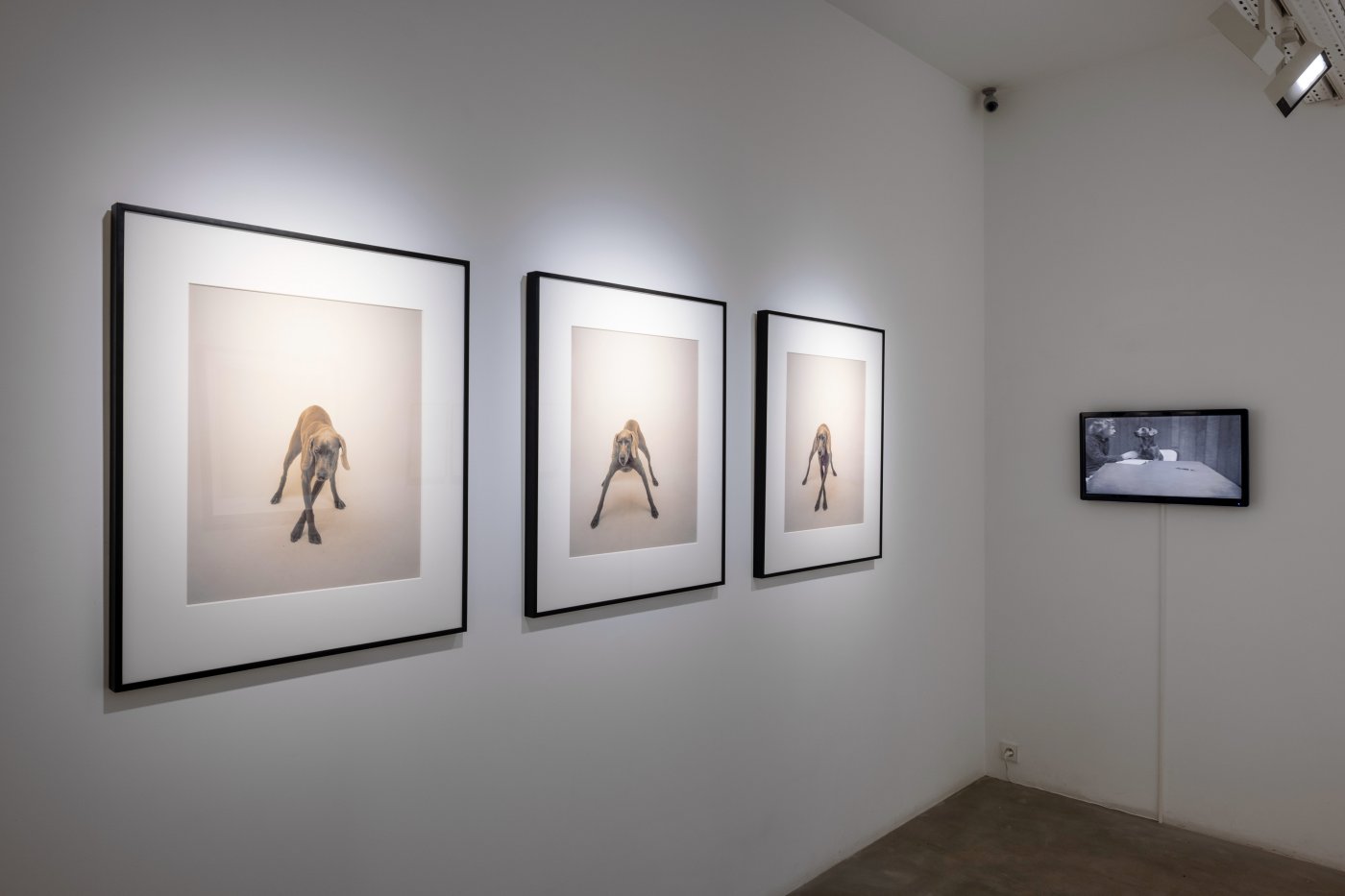 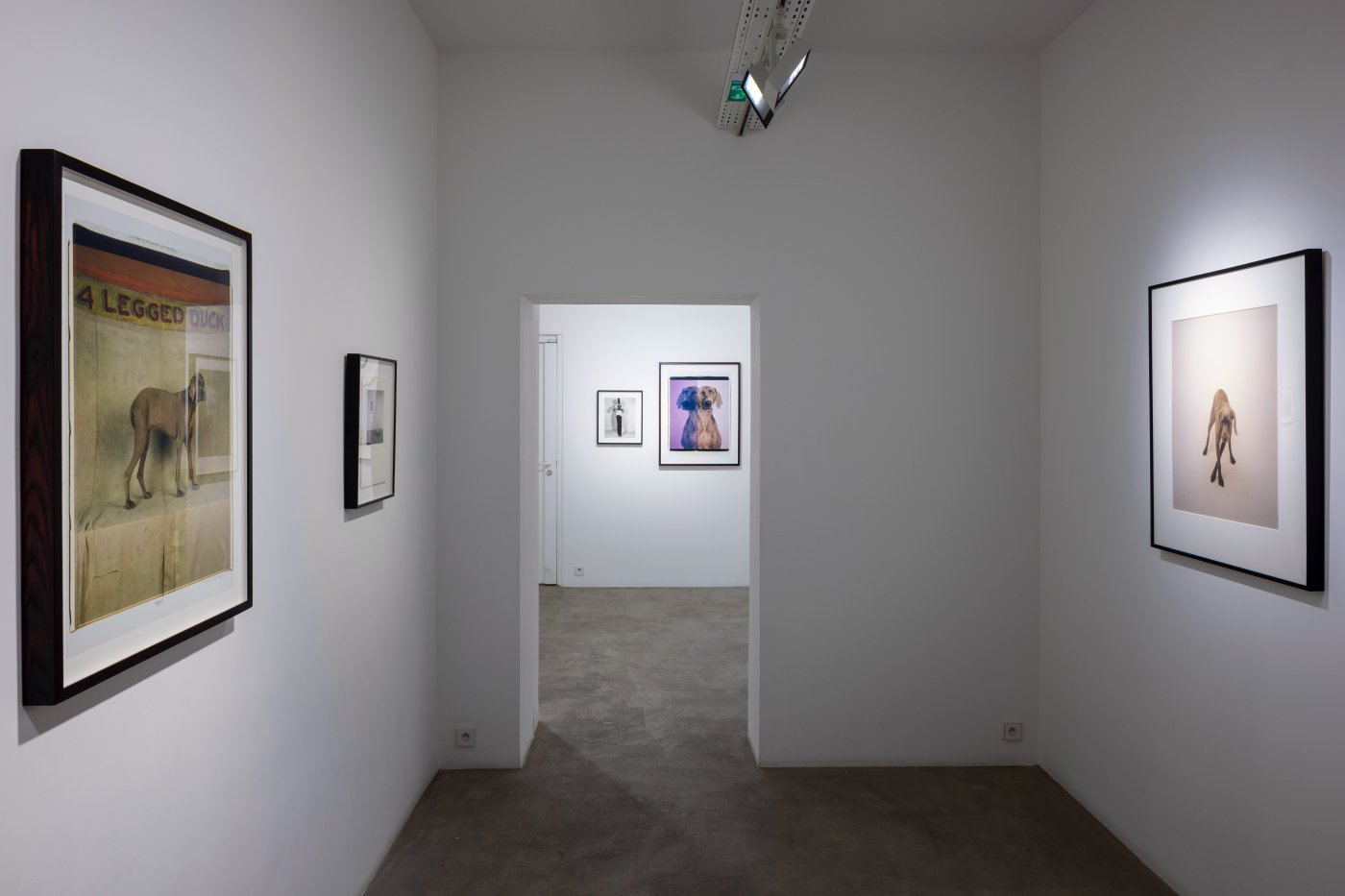 Bringing together over 60 works, ranging from 1970 to 2022 and selected in conjunction with William Wegman and Christine Burgin, the exhibition revolves around the notion of agility, a recreational and athletic discipline partnering man and dog. “I’ve always considered my work a shared recreational activity,” claims William Wegman. In his pictures, the dog is no longer a mute bystander, such as Carpaccio’s German Spitz, a background actor like Picasso’s teckel Lump, or merely a ‘little assistant’, as Martin Luther dubbed his Pomeranian, but an equal partner in the creative process. One could compare this relationship of ‘disciplined spontaneity’ or ‘stimulated attention benefitting both dog and owner’ to the one discussed by American philosopher Donna Haraway relating to agility in her 2003 book, The Companion Species Manifesto: Dogs, People & Significant Otherness: an “ontological choreography, a vital game invented by participants from stories of body and spirit they inherit and adapt in order to compose the flesh verbs that make them who they are.”

The William Wegman, Agility Conceptuelle exhibition spans both of the gallery’s spaces, 33 and 36 rue de Seine. Each space orchestrates the interaction between photography, film, painting, drawing, writing… and creates a dialogue between iconic pieces featuring Man Ray (1970-1982), Fay (1986-1995), and other members of their illustrious Weimaraner dynasty – so indubitably linked to the artist’s life and work – with many unpublished works, with or without dogs.

At 36 rue de Seine, Espaces d’Espèces (Spaces of Species) gathers together, in a constant play of fluidity and metamorphosis, works which blur and abolish borders between different types of spaces (pictorial, architectural, two- and three- dimensional…), species (man, dog, other animals, talking objects), genres and categories. Together, as enunciated (once again) by Donna Haraway, “they invent this game; this game transforms them.”

At 33 rue de Seine, the exhibition’s second facet, Autres Partenaires (Significant Otherness) revolves around the very notion of playfulness, an essential element of the conceptual art sphere to which William Wegman is central: ball games, agility games, language games. These are two-person games where diptychs, duos, double imageries, combinatory and permutation effects favor the jubilatory relationship between companion species, beyond any kind of essentialism.