Highly respected Royal Academician William Tucker presents a series of powerful new wall reliefs which take their inspiration from works made 50 years ago and highlight the artist’s continued fascination in the transition between flat image and three dimensional form. 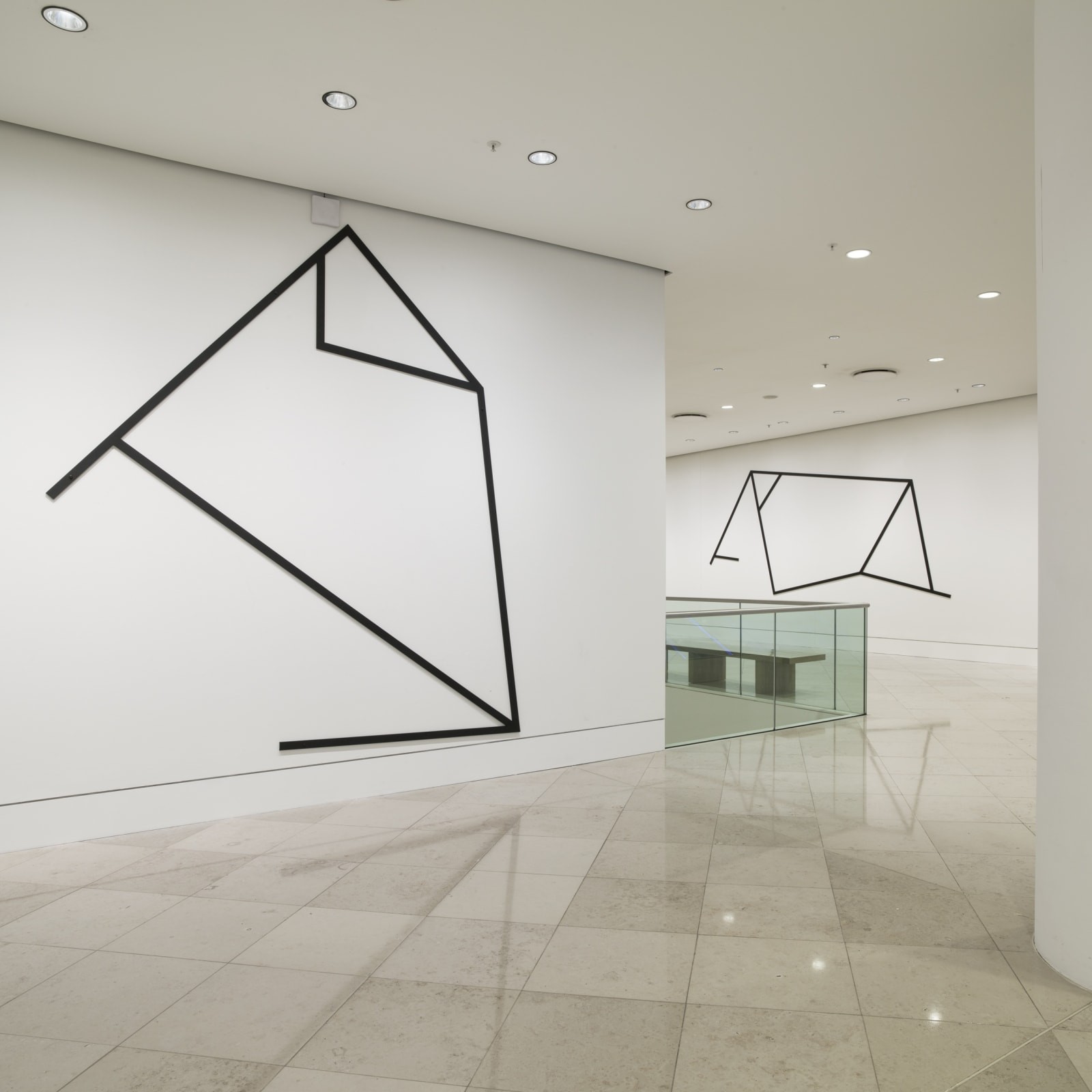 Britain was an energetic melting pot of sculptural dialogue and progression in the middle of the twentieth century. In a mere few decades sculptural language evolved from the organic abstract forms of modern pioneers Barbara Hepworth and Henry Moore, to the ‘spiky’ welded figurative forms of Lynn Chadwick and the so-called ‘Geometry of Fear’ artists of the ‘50s, to the comparatively stark minimalism first introduced by Anthony Caro in the 1960s.

Having studied history at Oxford University alongside drawing at the Ruskin, William Tucker enrolled alongside fellow sculptors Philip King, Michael Bolus and David Annesley at St Martin’s School of Art in 1960. Under the dynamic leadership of Frank Martin and tutored by Anthony Caro it was a time when new materials, healthy dialogue, intellectual criticism and influences from abroad encouraged artists to question what sculpture could be and explore its boundaries.

In 1969 Tucker moved house and was inspired by a strange wooden structure he found in the basement that had been made by a carpenter called Shuttler. Initially inspired to draw from the structure Tucker then chose to take it apart and remodify the construction to become the Shuttler series of sculptures. This in turn led to the Cat’s Cradle series which Tucker considers the ‘most optical’ of his works. These series were vitally important as they challenged the viewer as to what space and contained mass in sculpture could be. Looking back they also compound the importance of the relationship between Tucker’s drawing and sculpture and the essence of what has driven Tucker’s works ever since which is that elusive transition between an optical sensation and a visceral one.

This exhibition explores a circle of artistic experimentation from the crucial years of the 1960’s and 1970s through to the figurative works of the 1980s and back again with a powerful new series of five monumental wall reliefs that take as their inspiration those linear and optical works that were first inspired by the carpenter Shuttler.

First expressed in a ground-breaking exhibition at Buchmann Gallery in Berlin in 2019 where the reliefs were cut into the gallery wall here they sit proud of the wall’s surface constructed at scale in aluminium and patinated. As Sam Cornish describes ‘In both sets an initial impression of stark simplicity gives away to unexpected complexity, based on an ambiguity between the visual and the physical’. As Tucker has done throughout his career these fresh and dynamic works challenge us the viewer to consider how we see and respond to sculpture and asks us to experience and interrogate that oscillation between dimensions in an exciting and playful new way.

Courtesy of the artist and Pangolin London