William Kentridge: Oh To Believe in Another World

William Kentridge: Oh To Believe in Another World


Oh To Believe in Another World is William Kentridge’s first solo exhibition with Goodman Gallery in London and marks thirty years of representation by the gallery. The exhibition premieres the artist’s latest major work, an immersive five-channel projection made in response to Dmitri Shostakovich’s Symphony No.10. The installation lends the exhibition its evocative title – referencing utopia, our wish for it and the shadow it always casts. 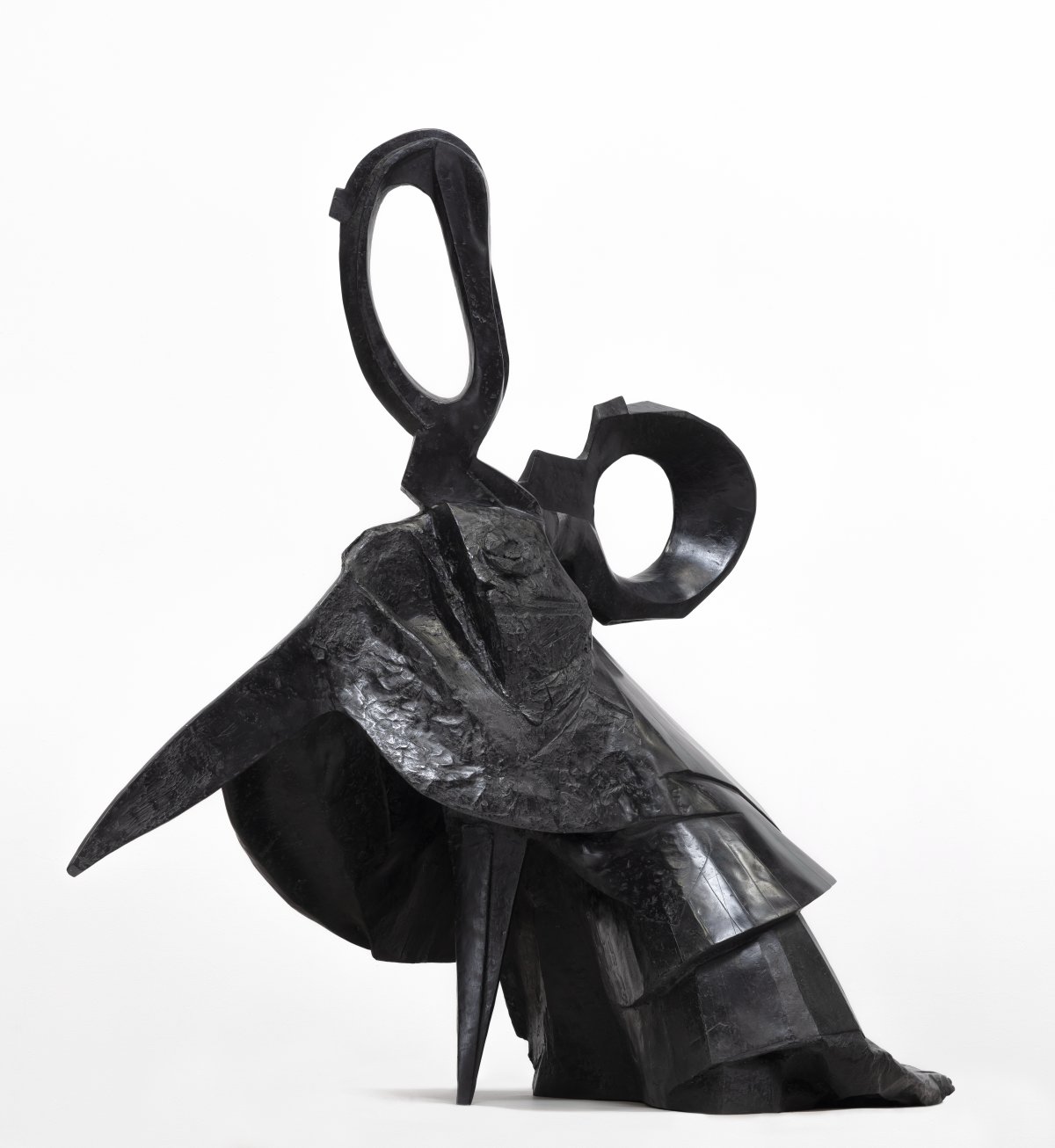 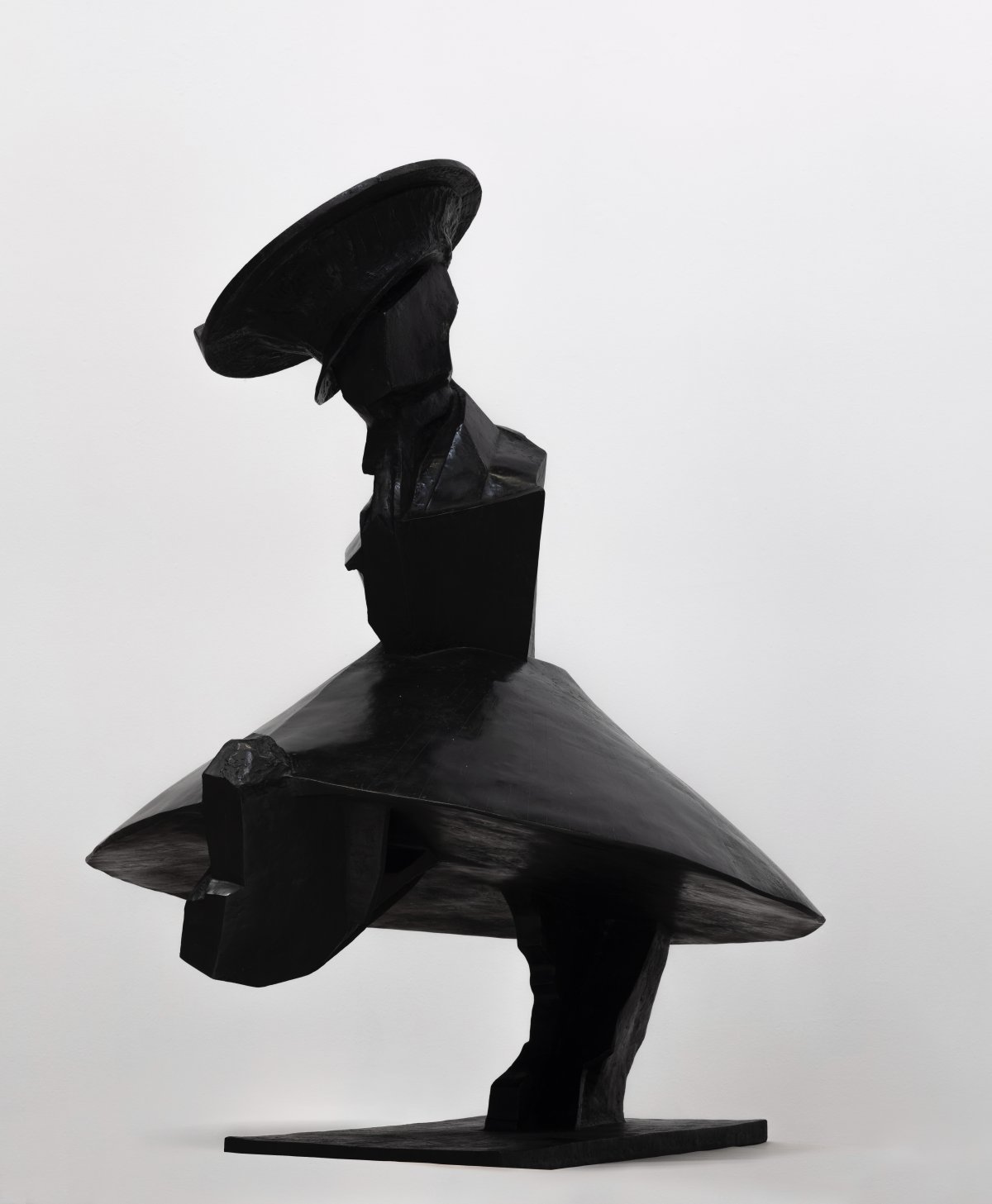 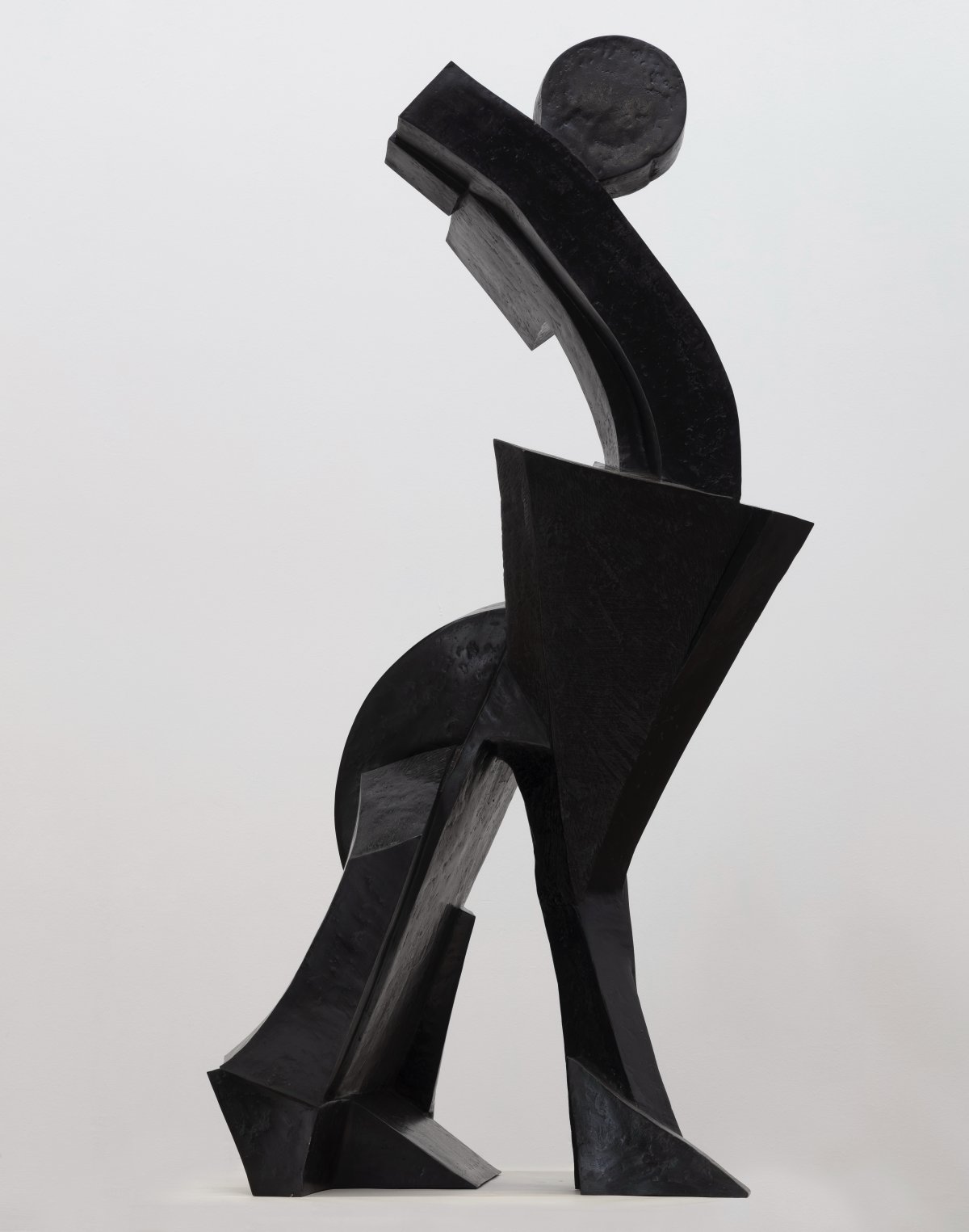 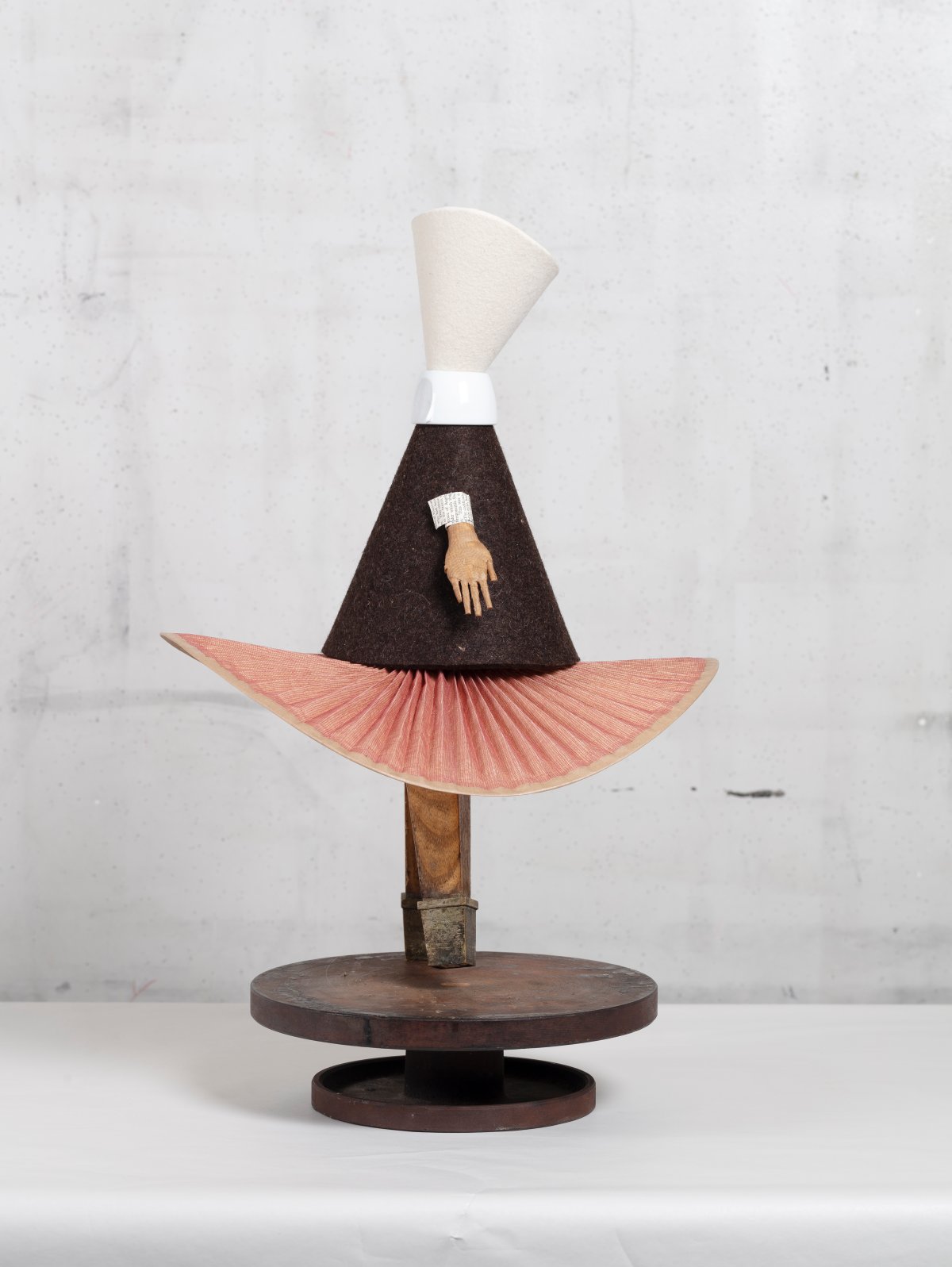 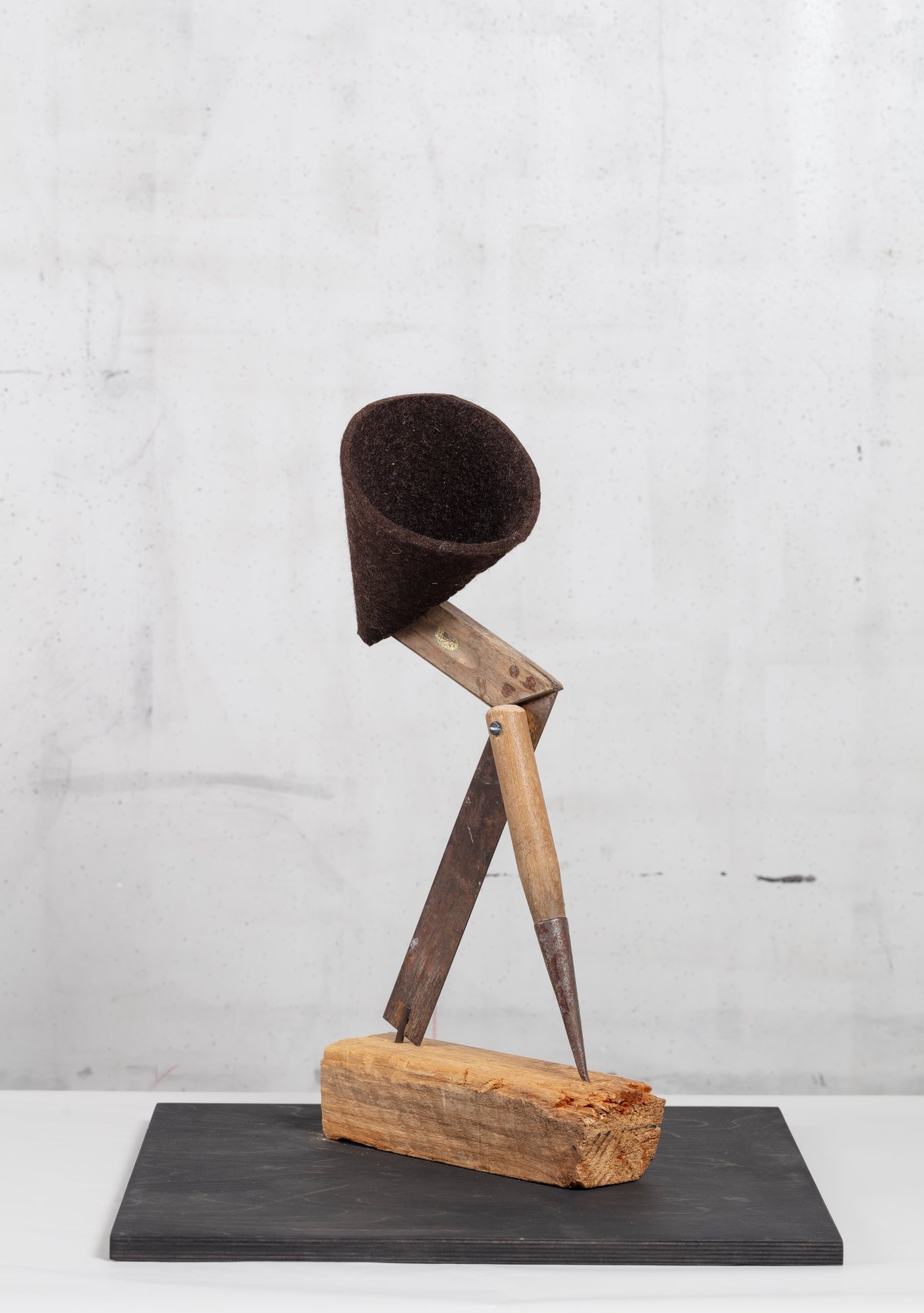 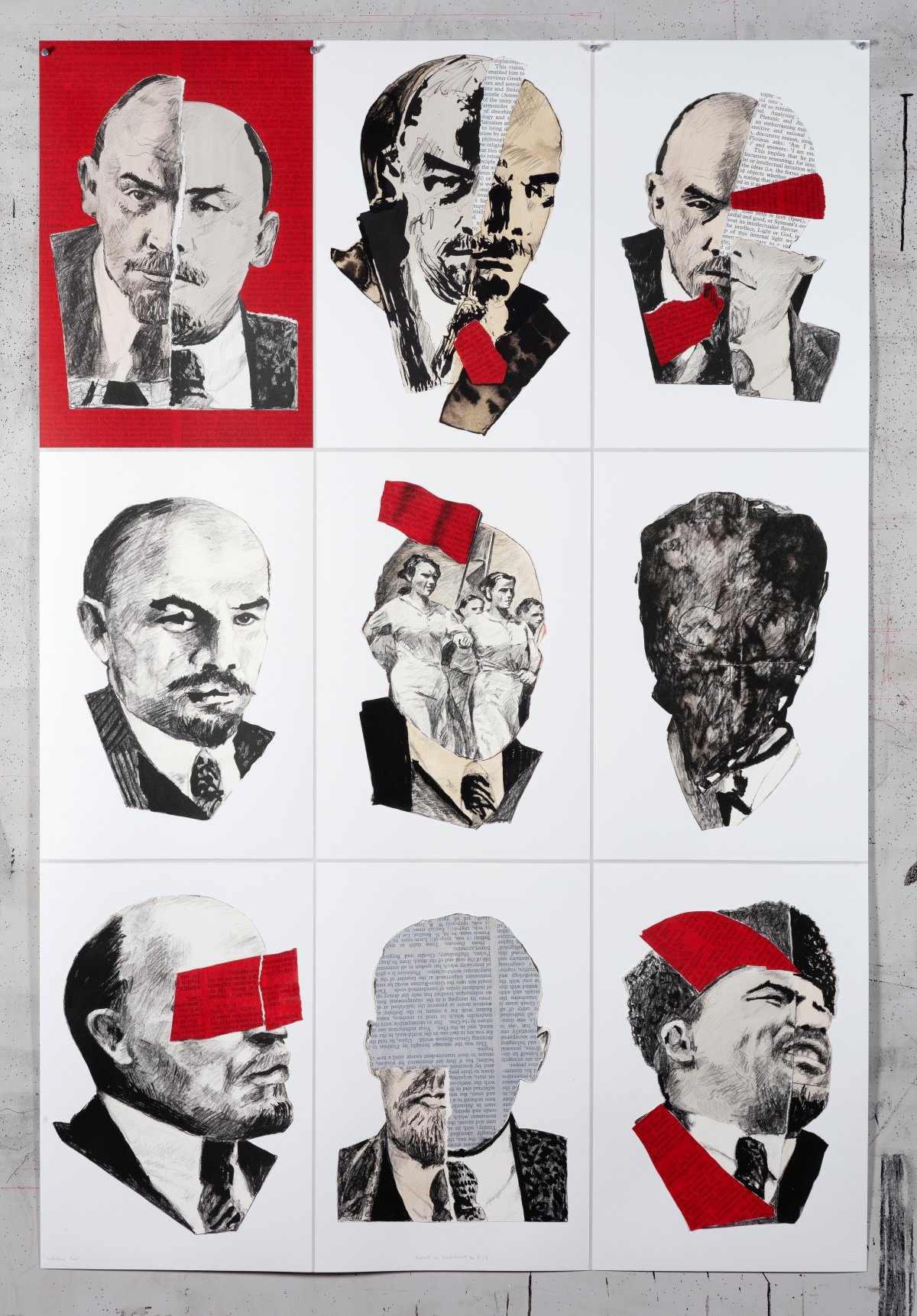 William Kentridge
Portraits for Shostakovich No.10 (I), 2022 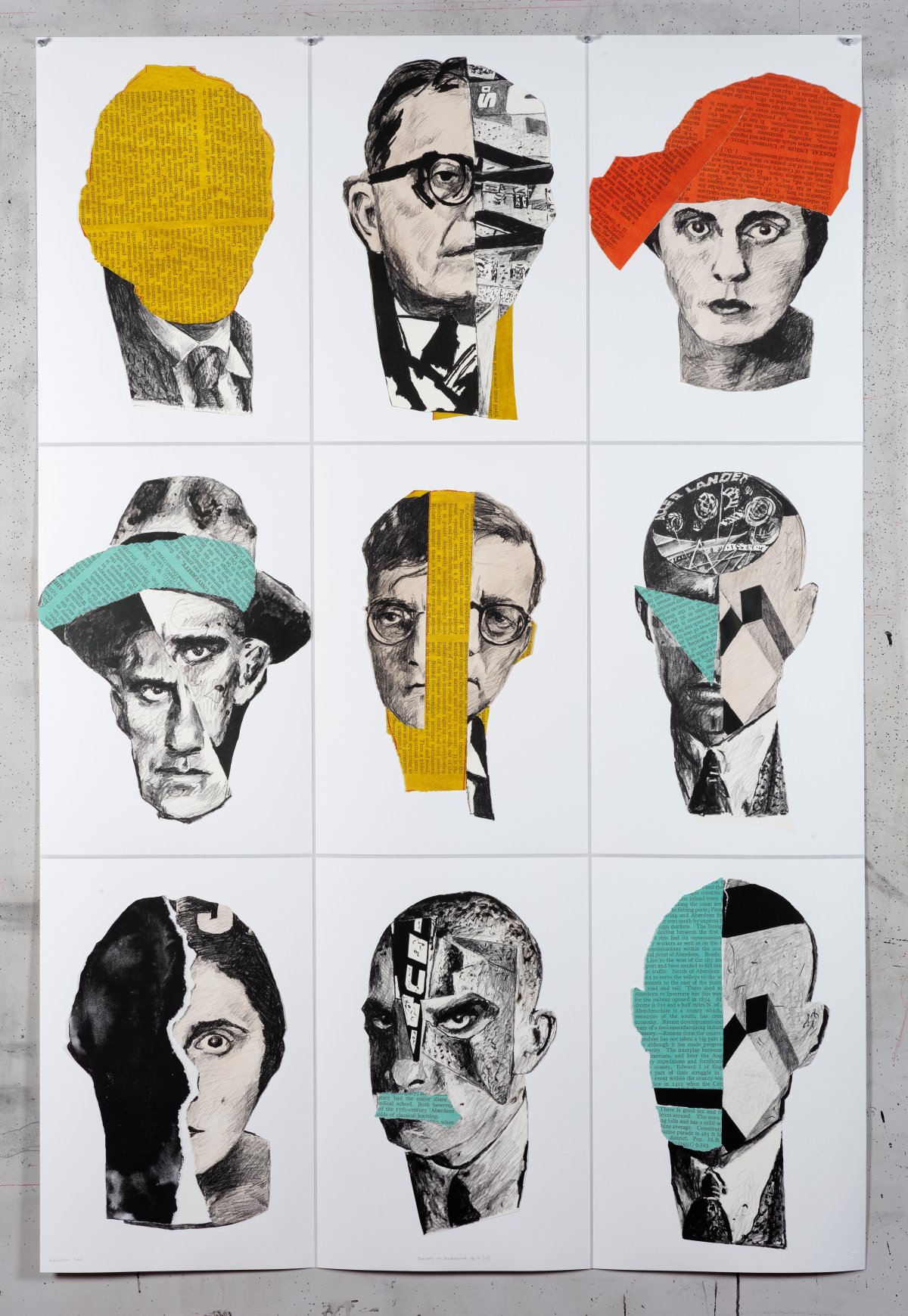 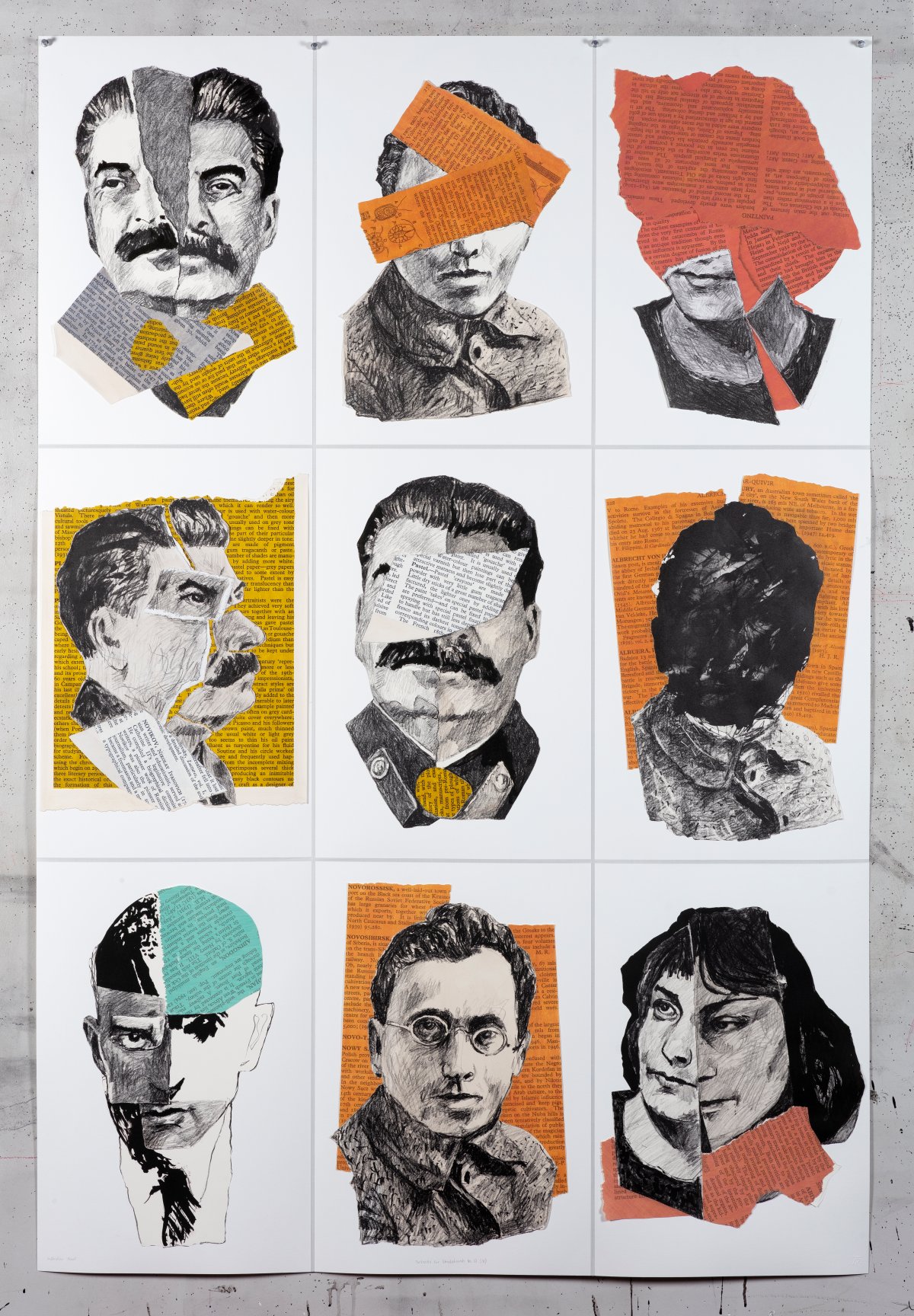 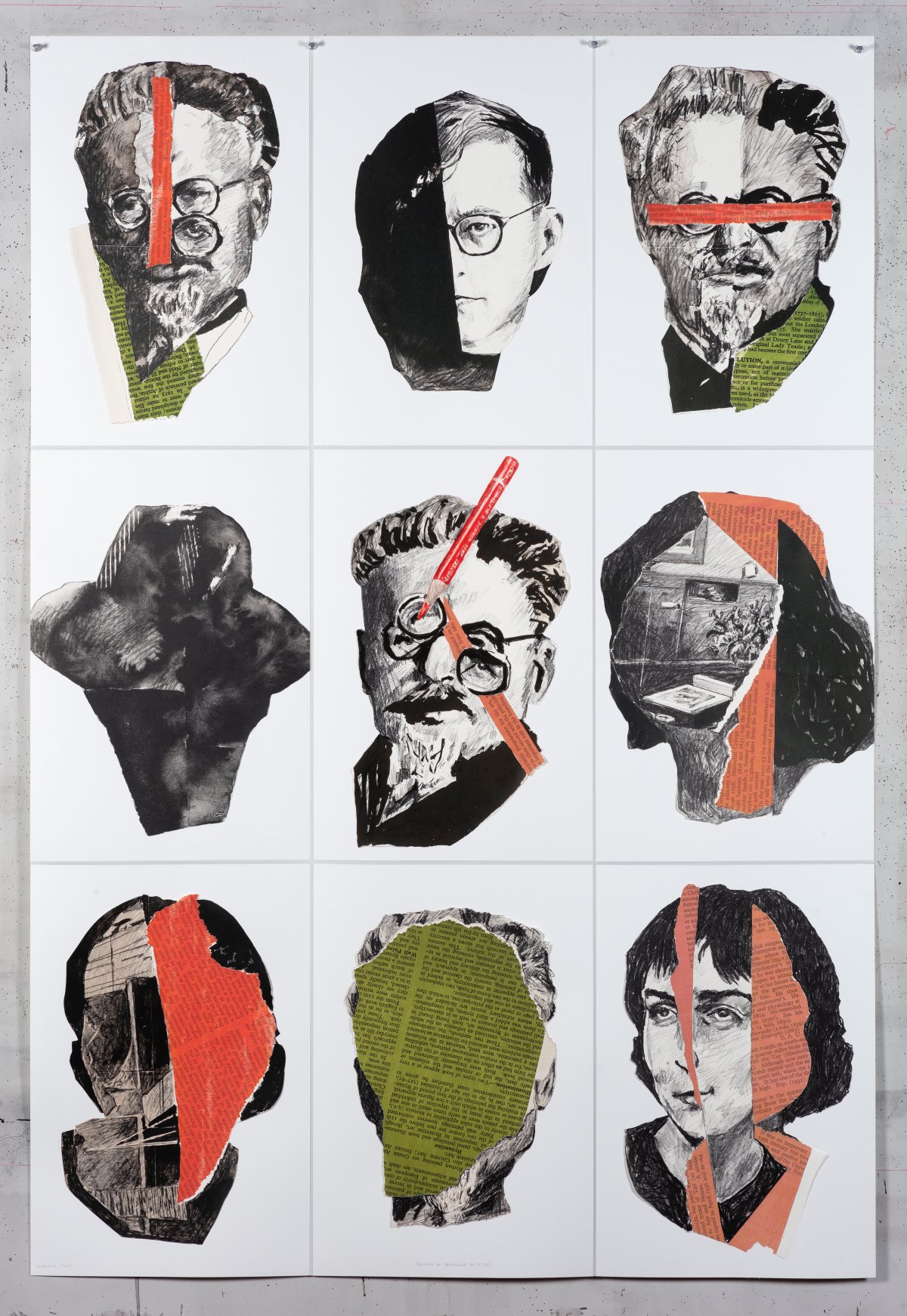 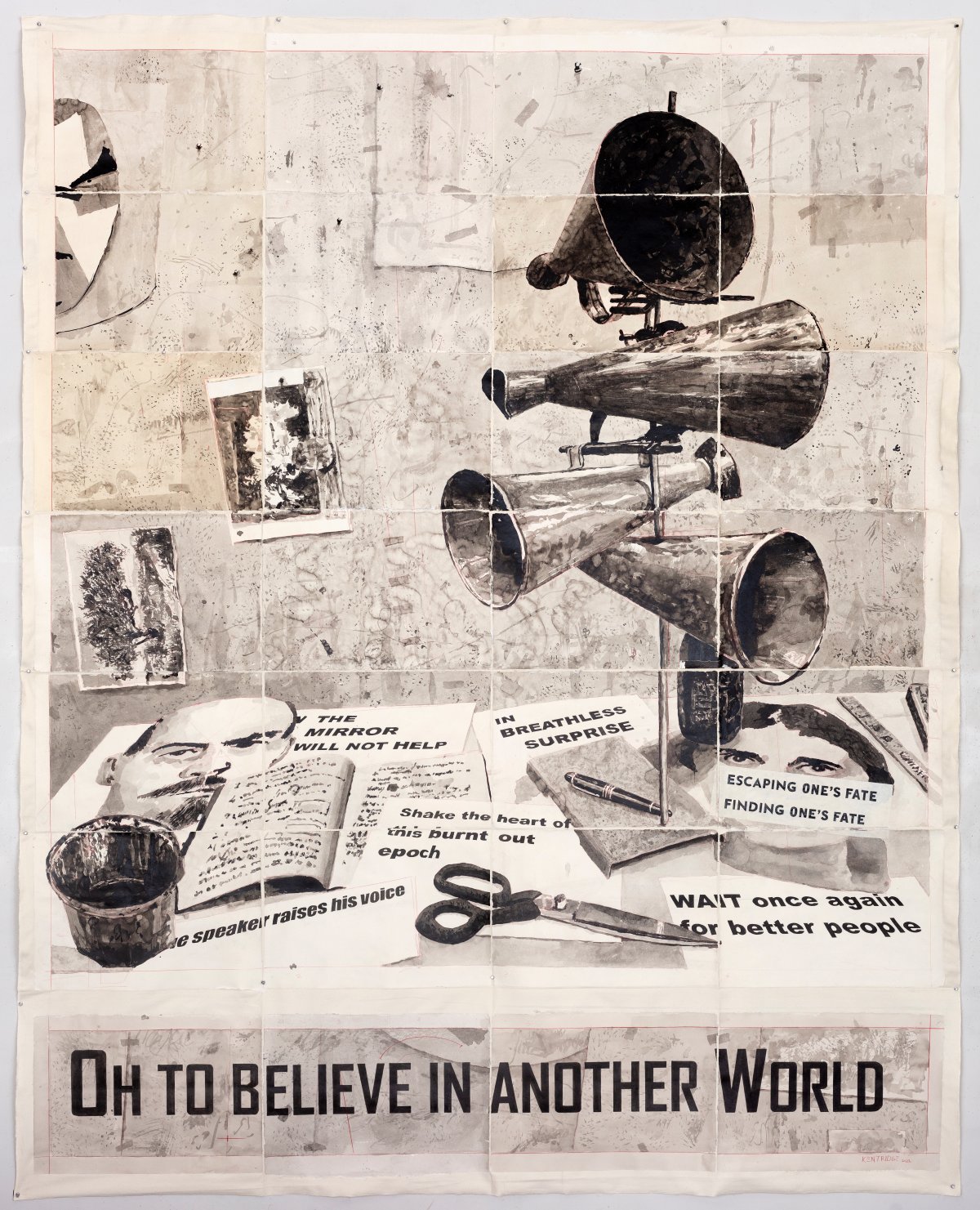 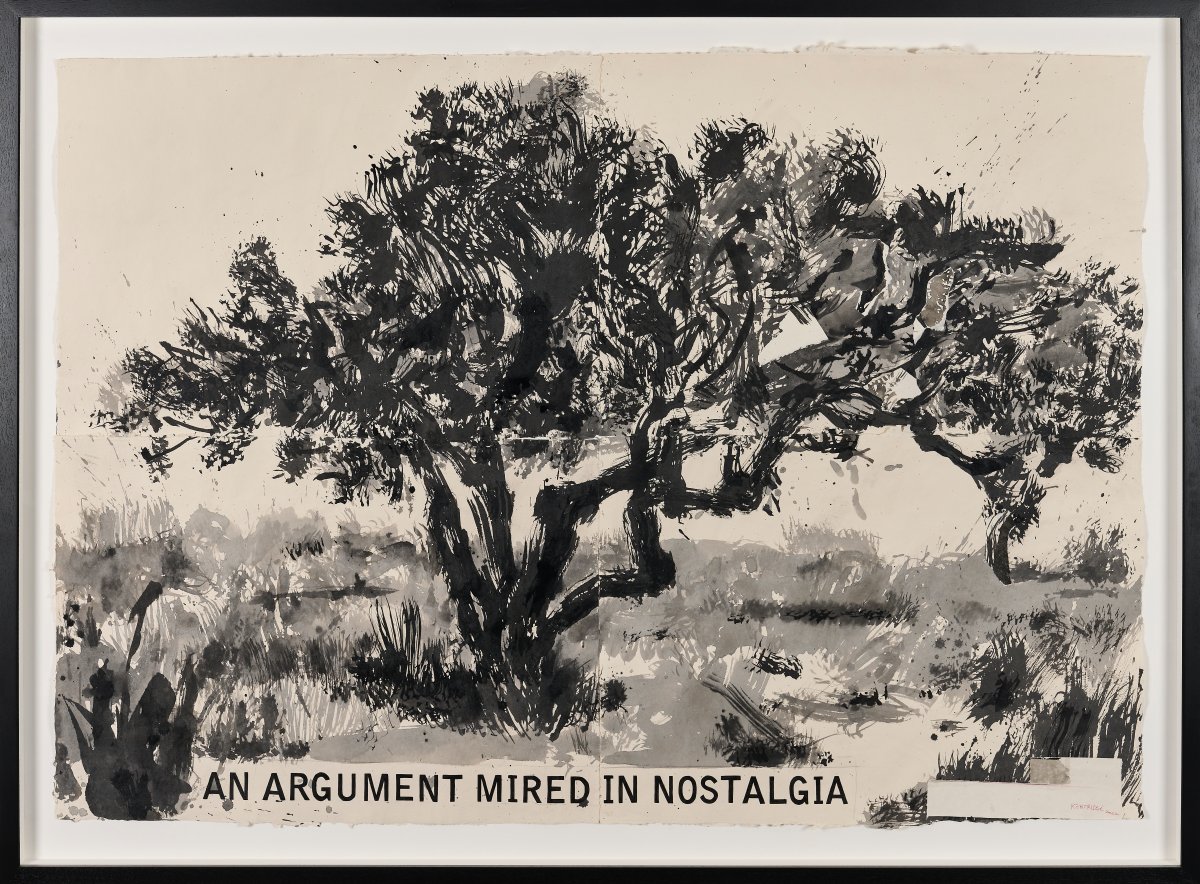 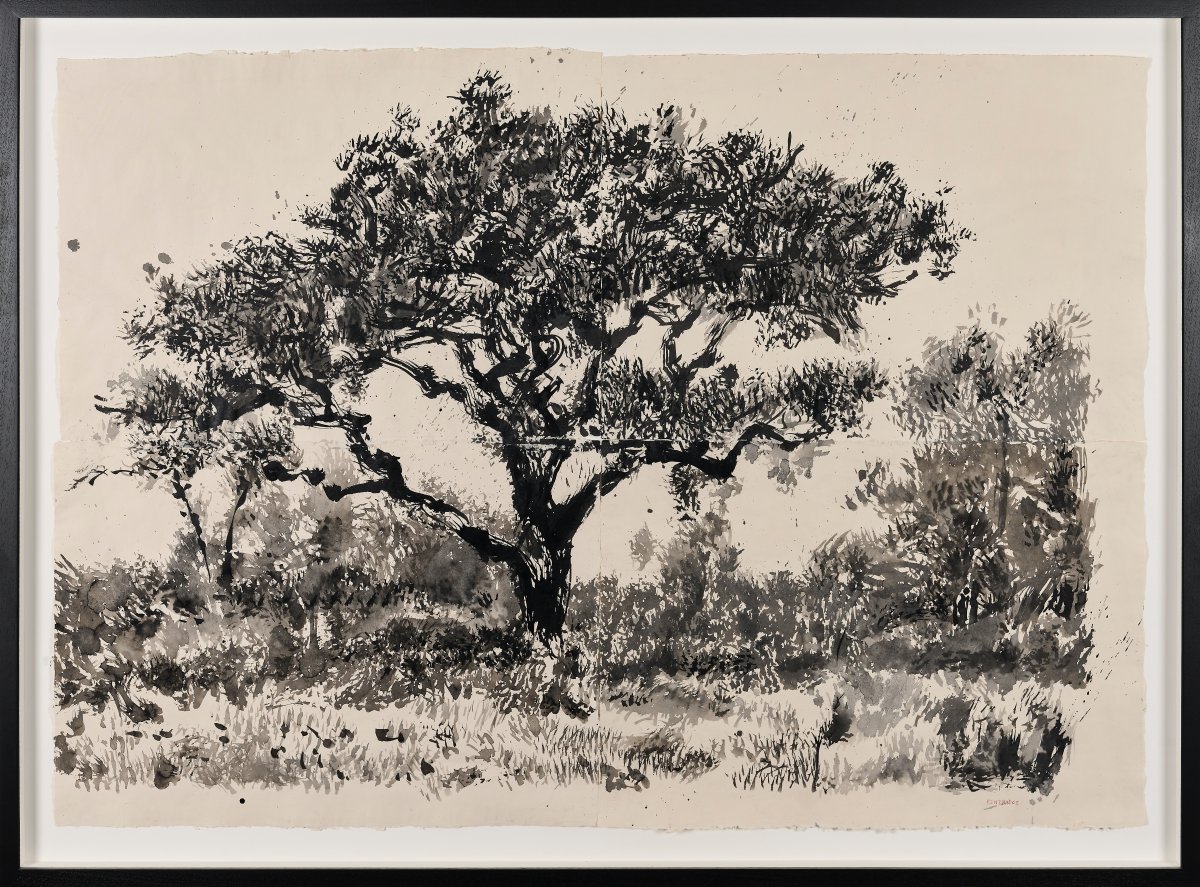 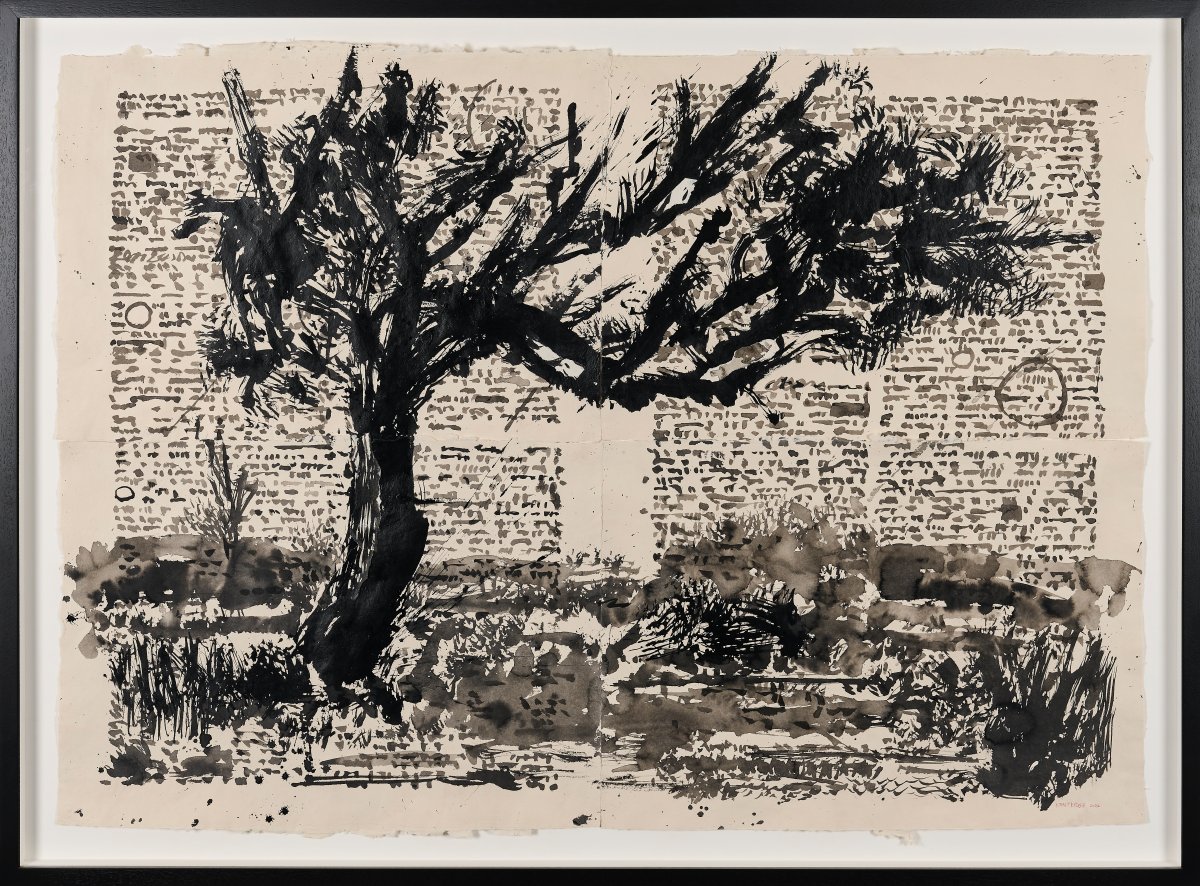 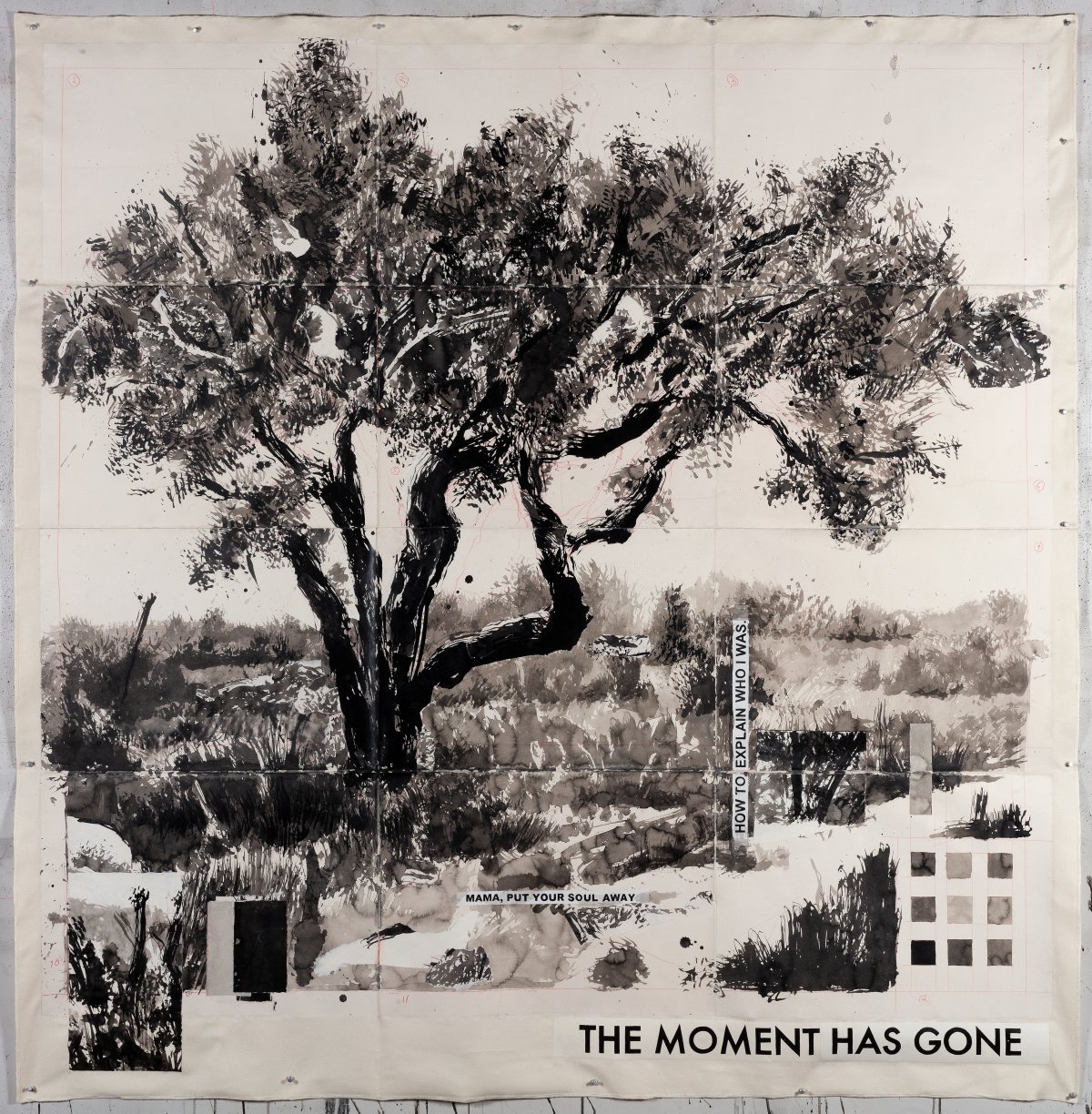 William Kentridge
The Moment Has Gone, 2022 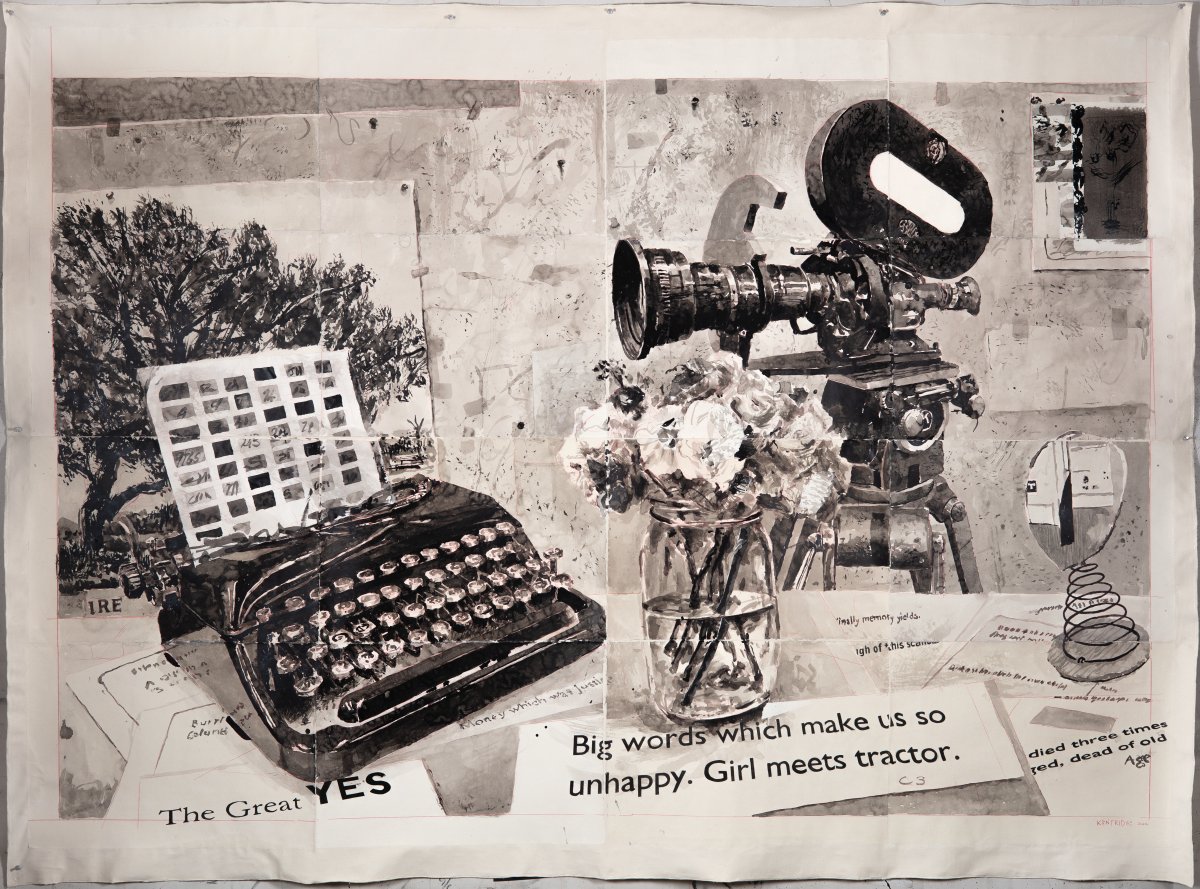 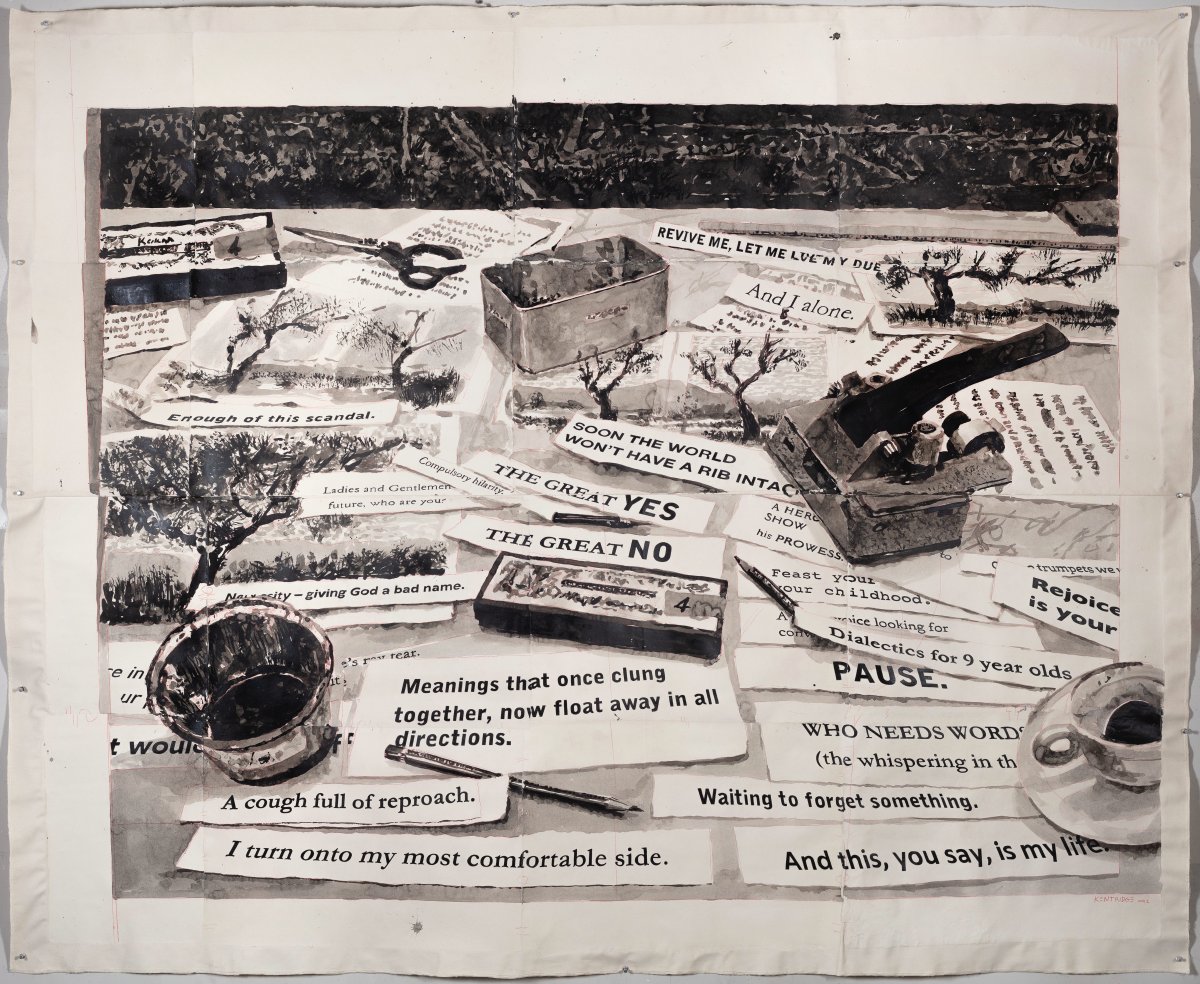 William Kentridge
I Turn onto My Most Comfortable Side (Studio Still Life), 2022 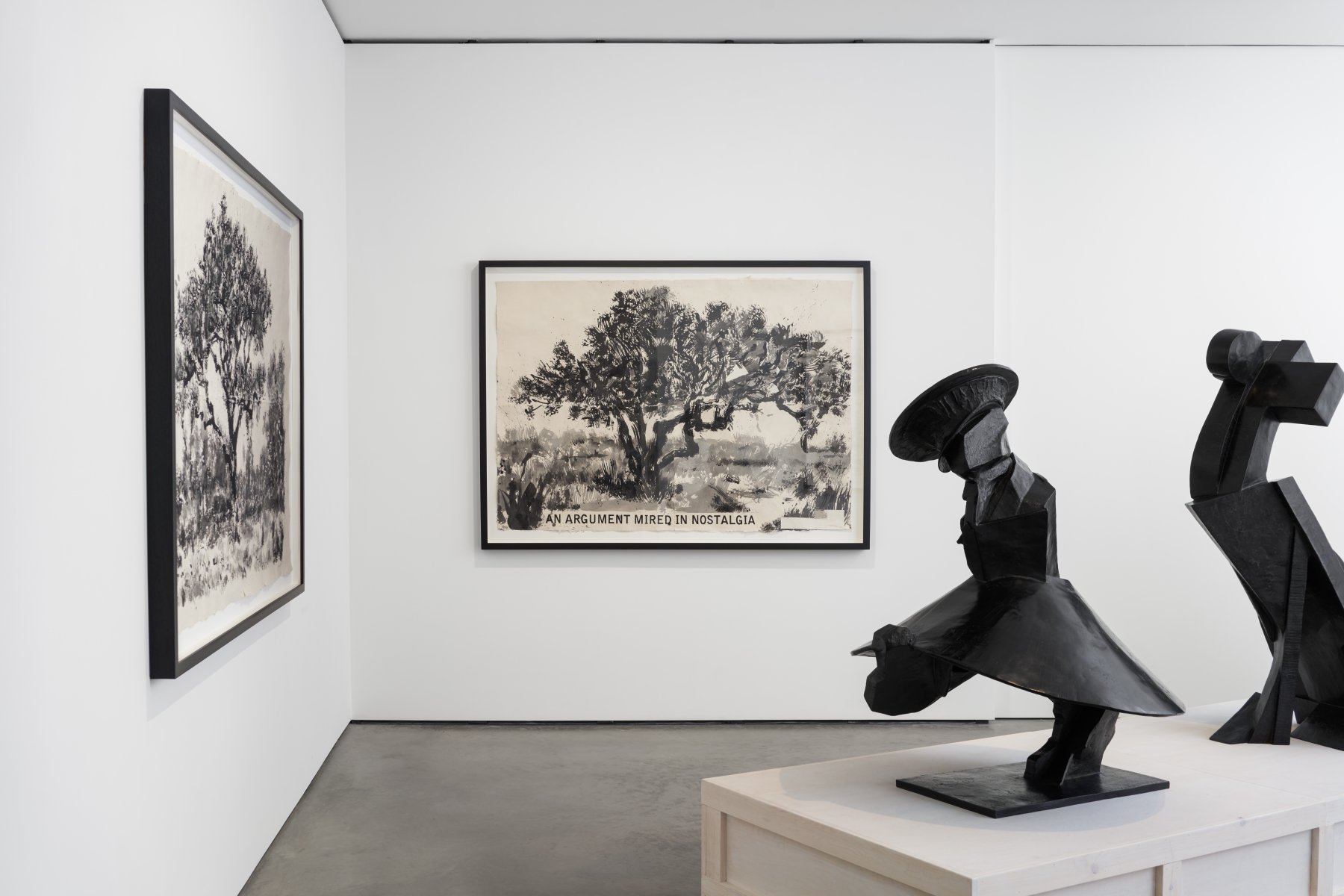 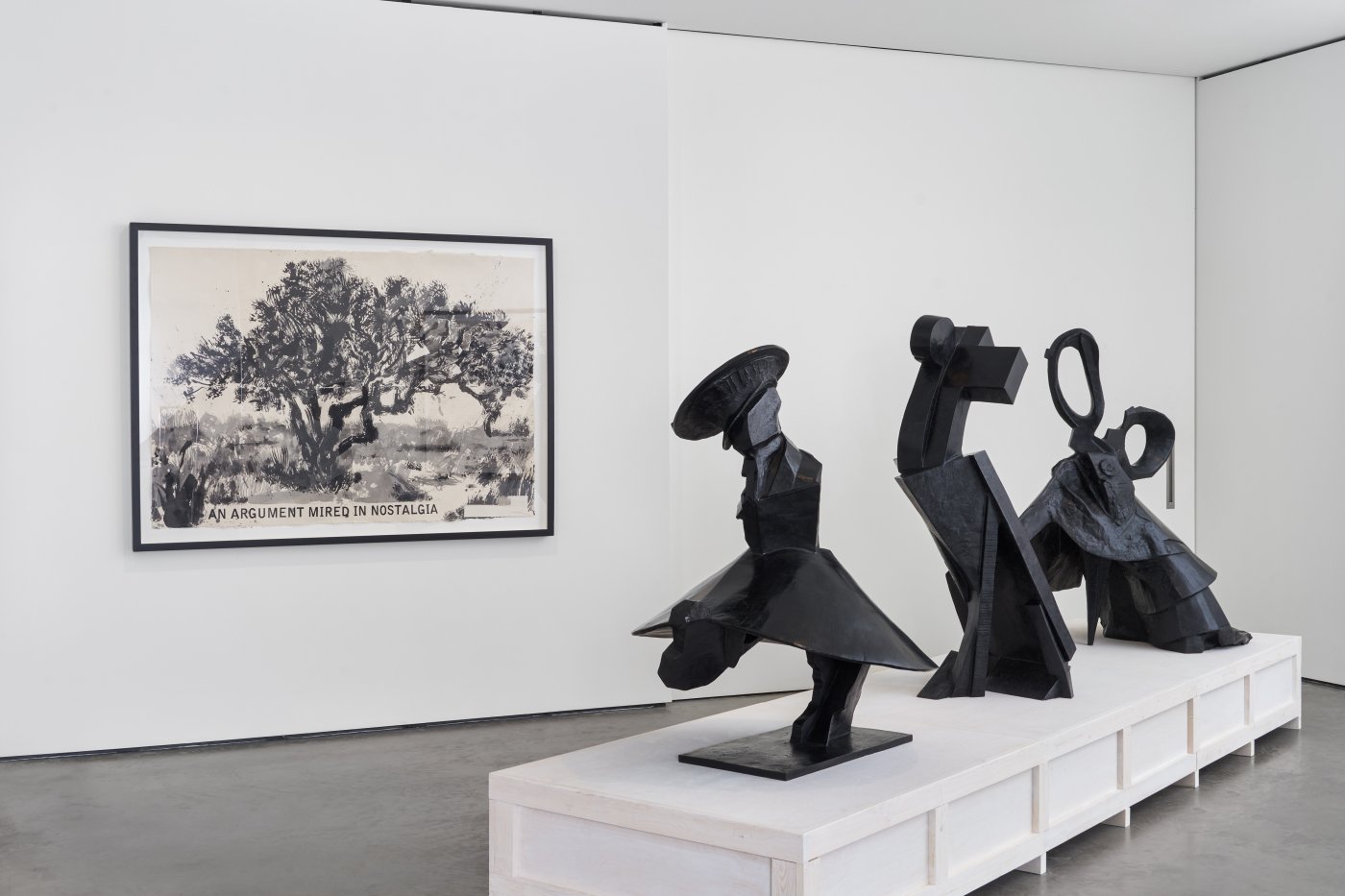 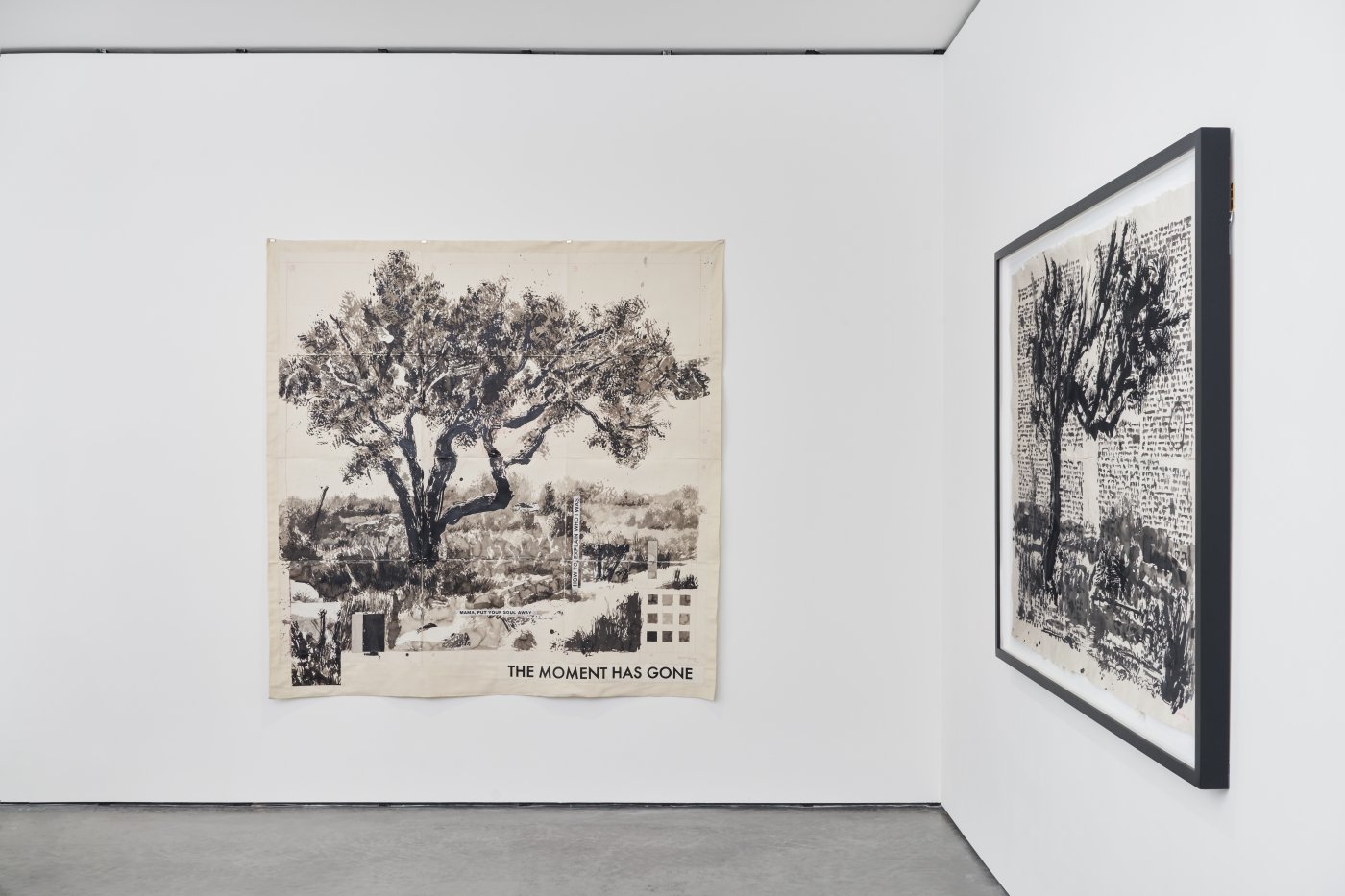 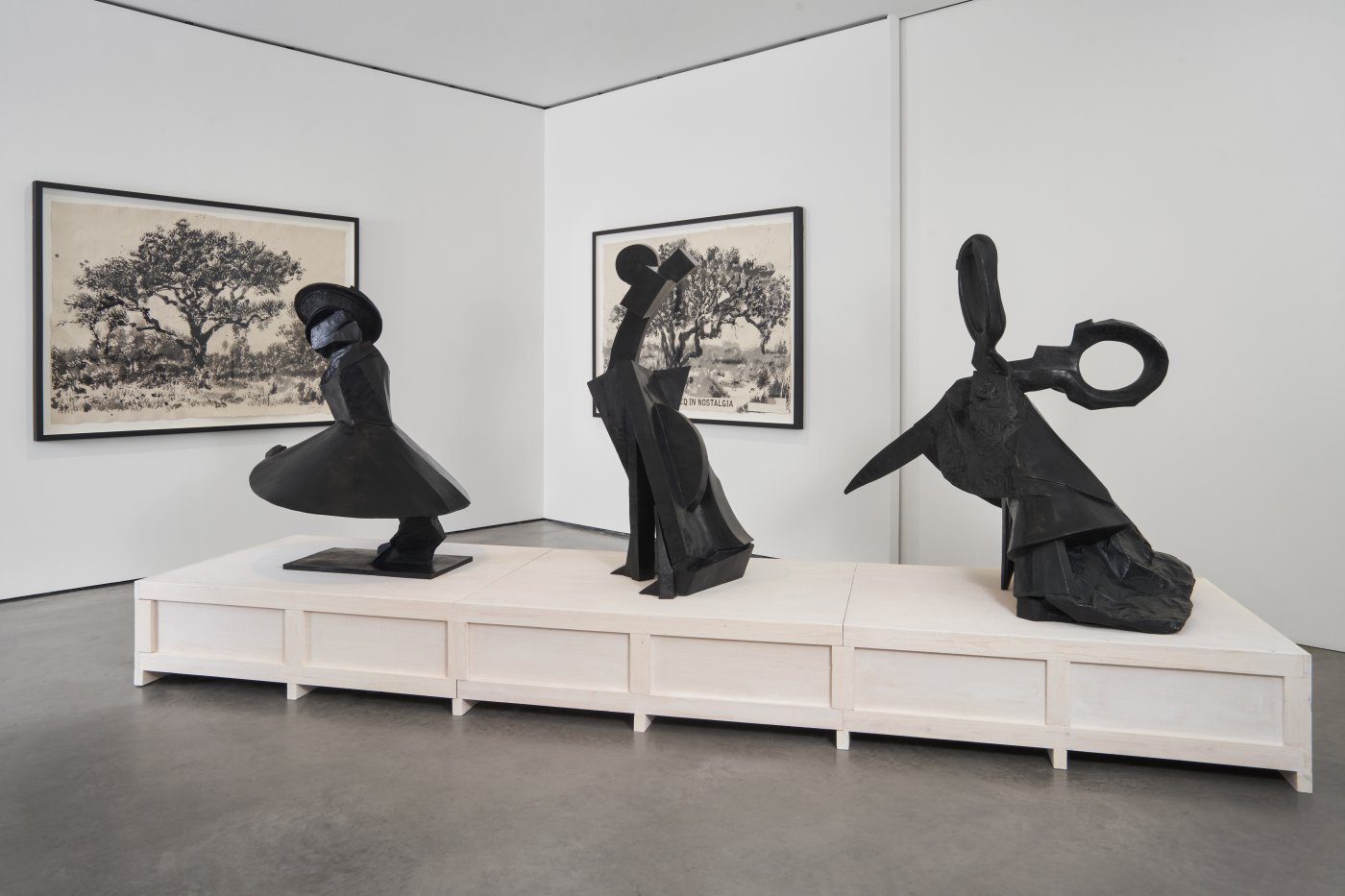 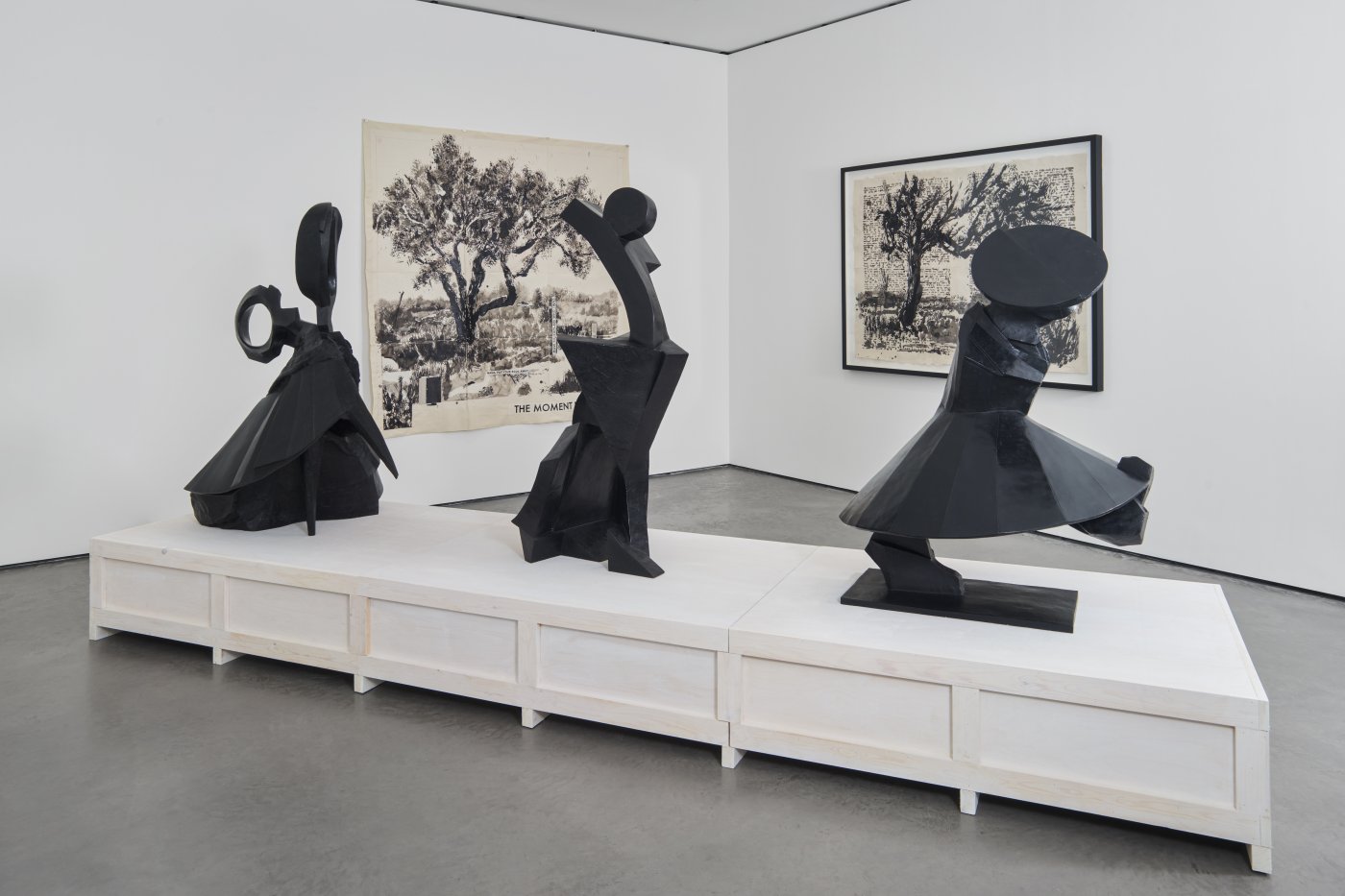 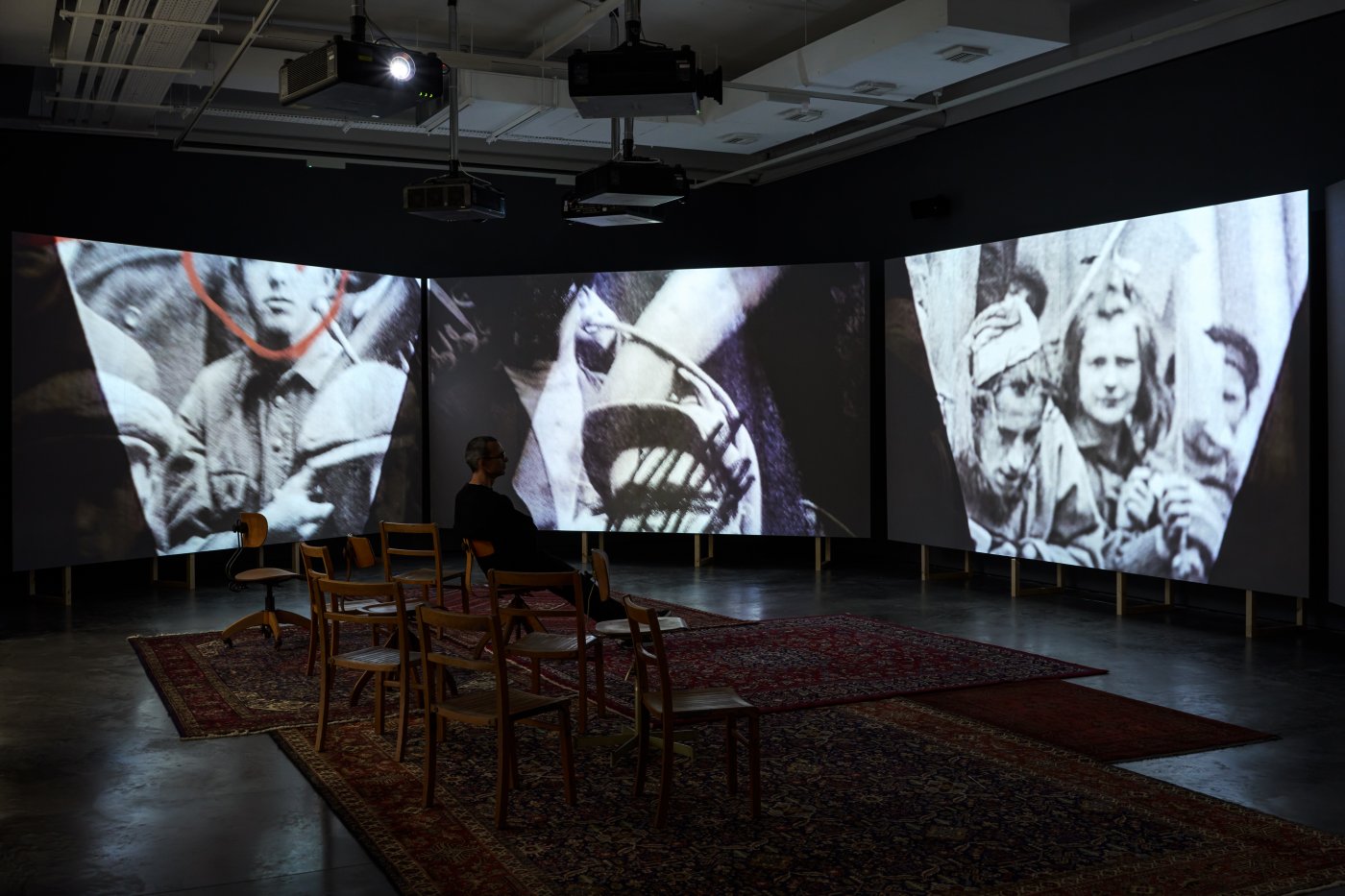 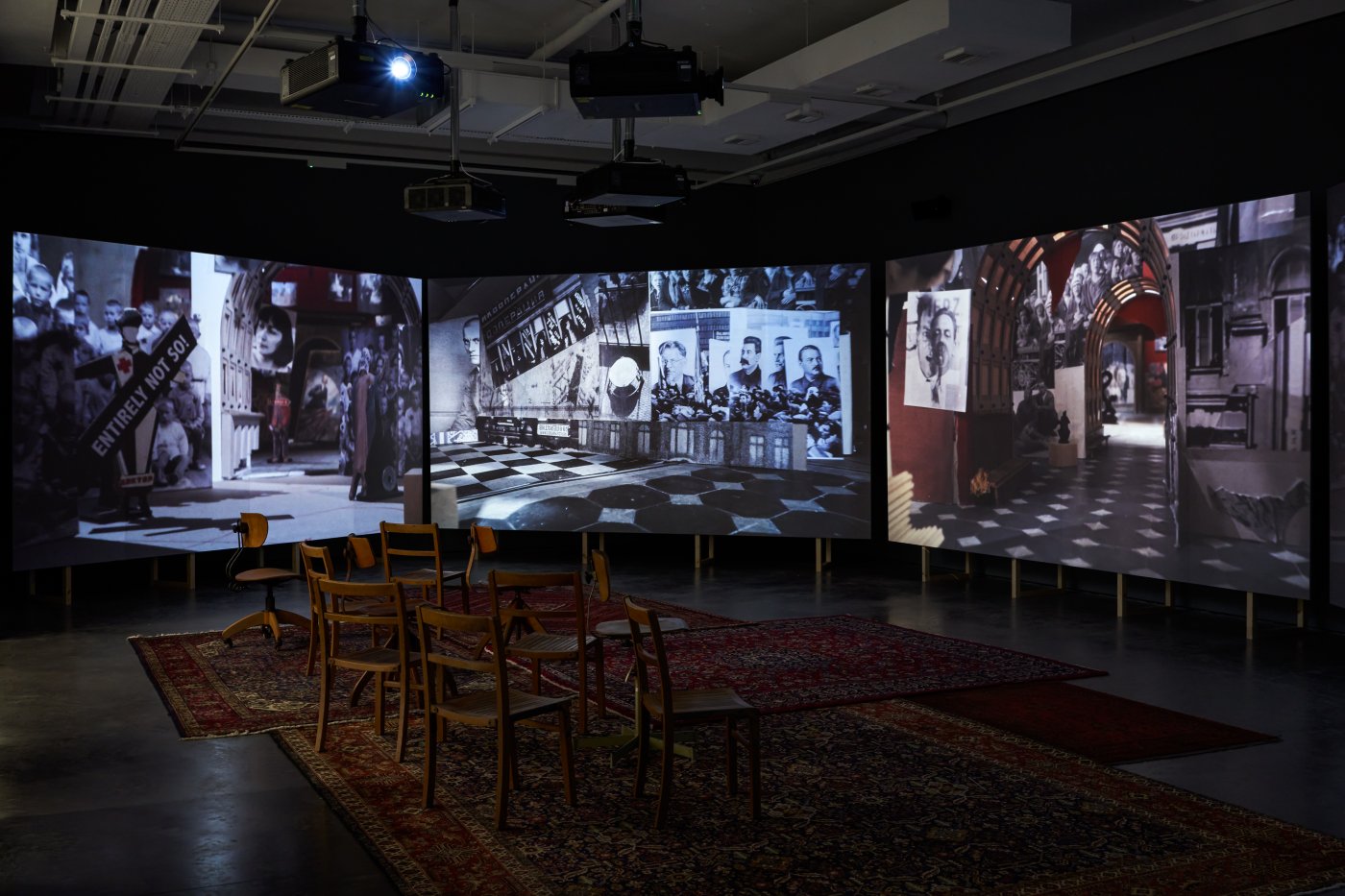 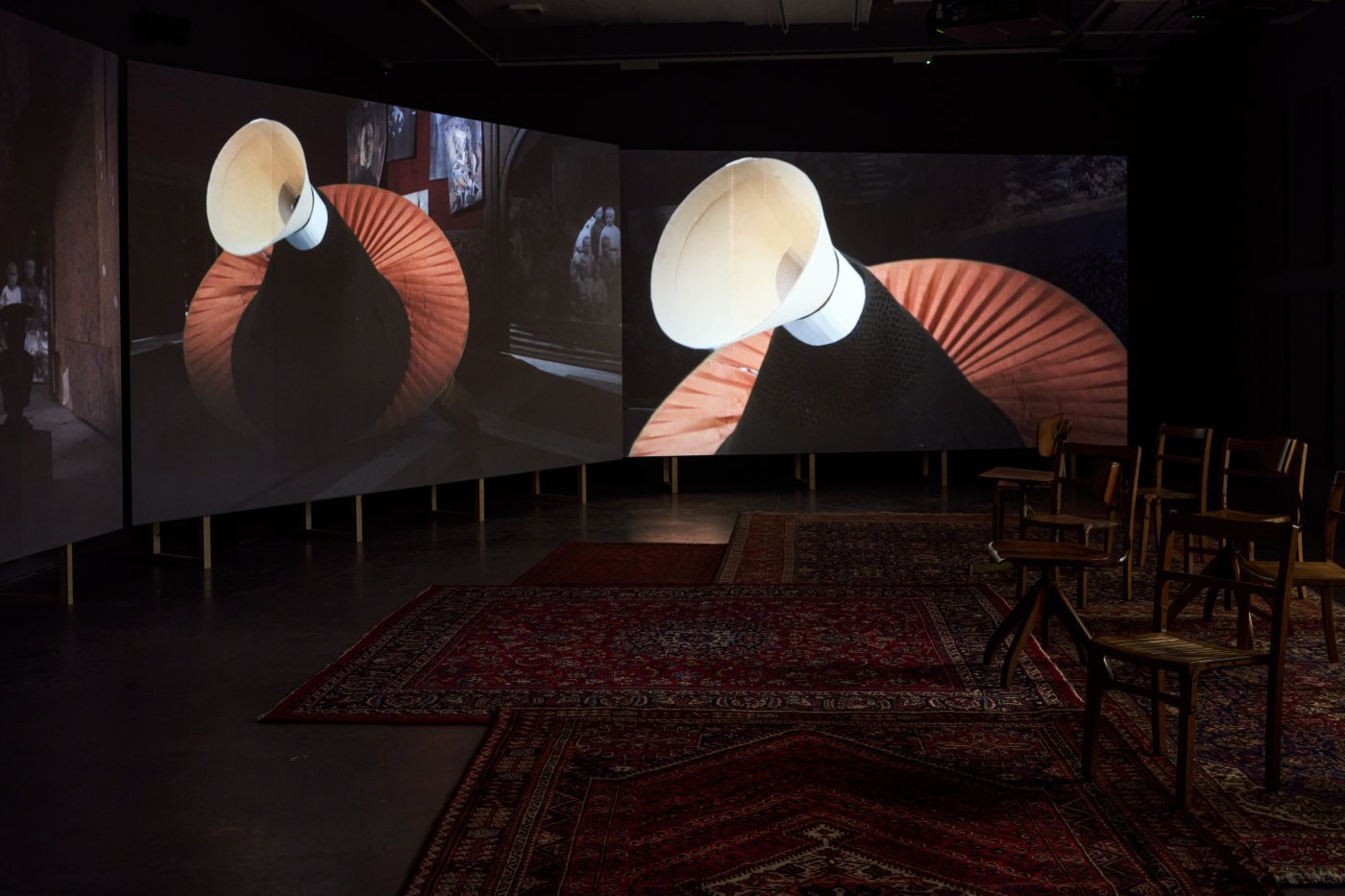 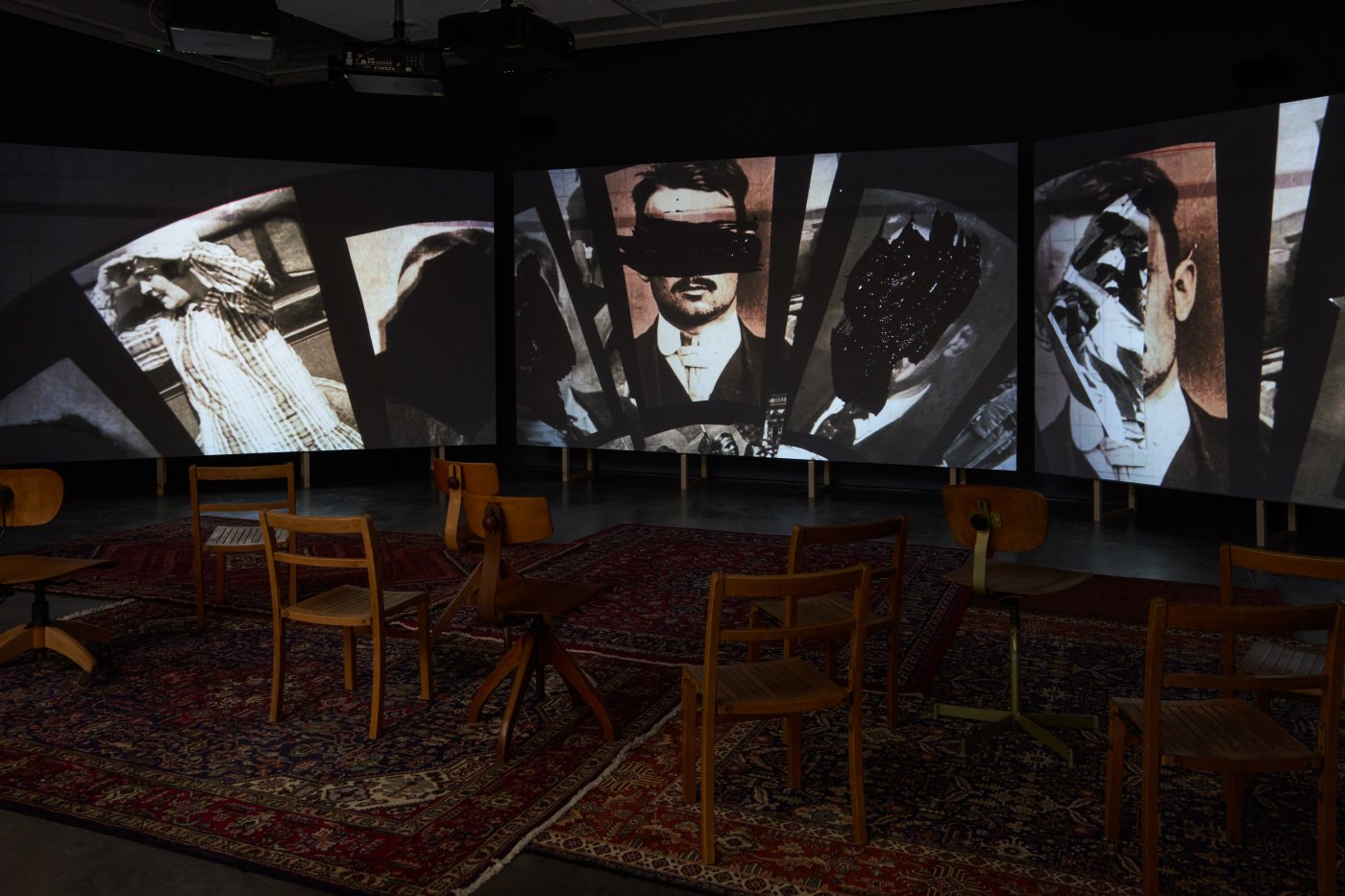 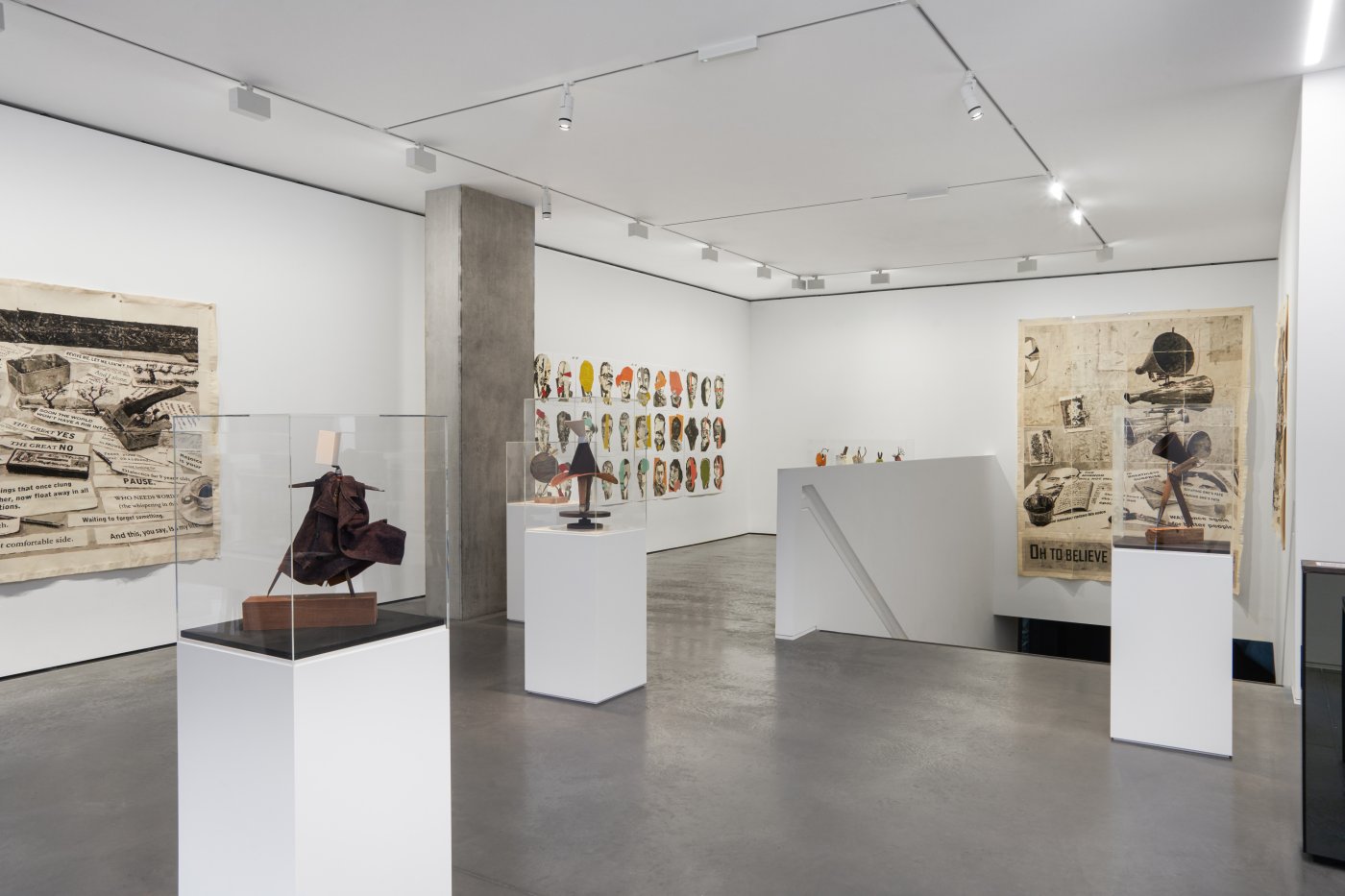 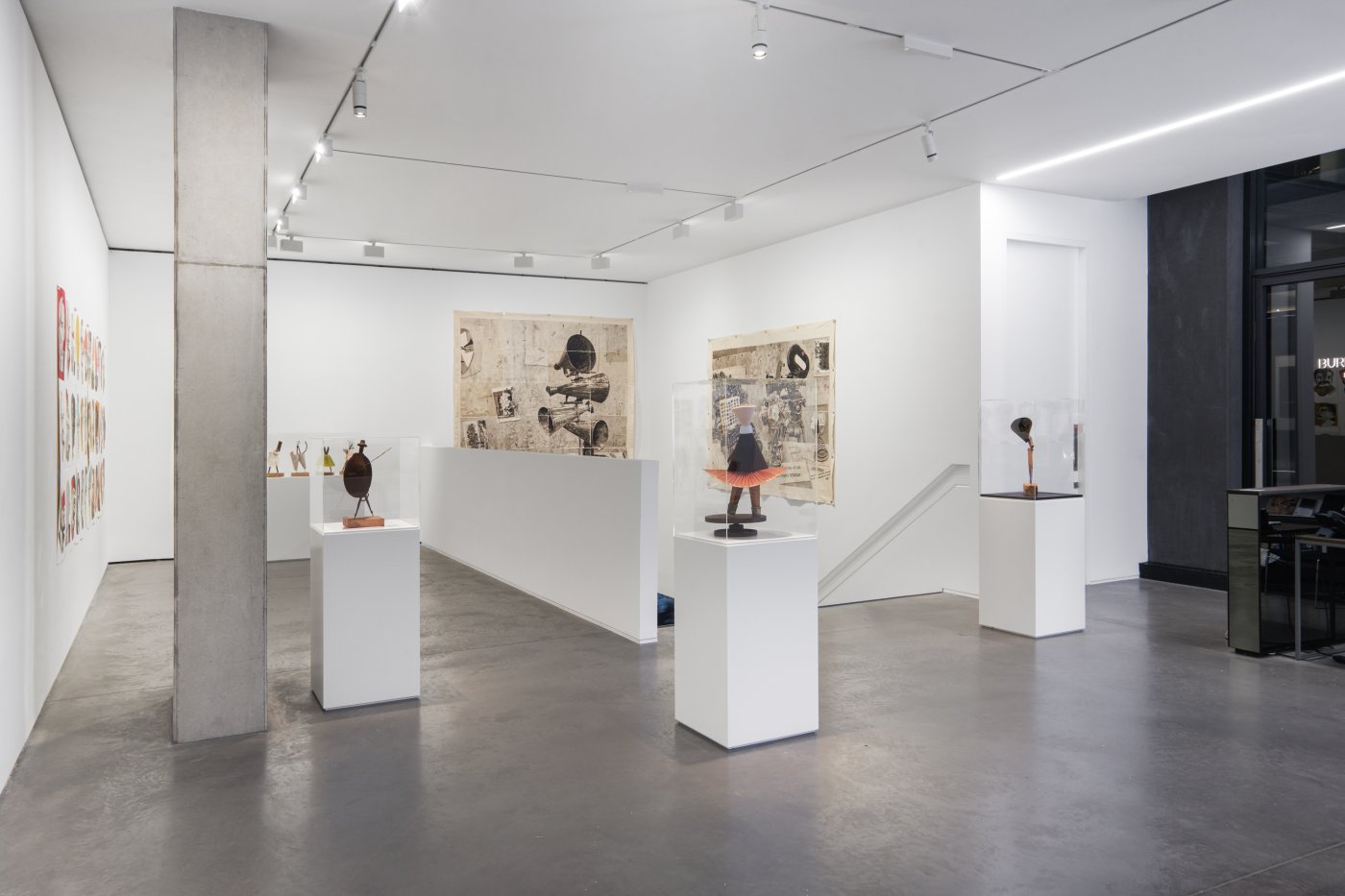 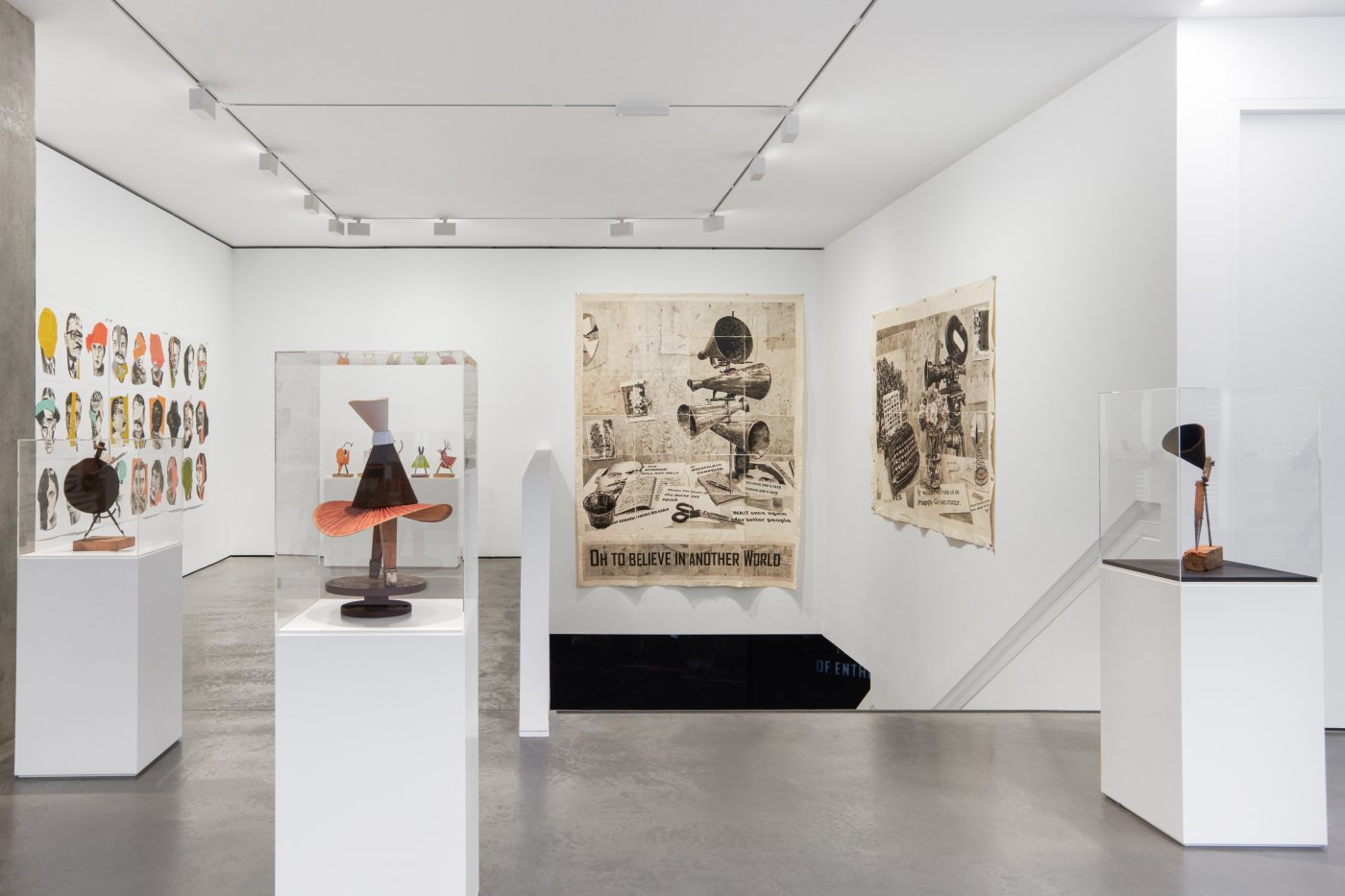 The centrepiece of the exhibition has its origins in a commission by the Lucerne Symphony Orchestra, leading to a single-channel live orchestral performance in Lucerne, Pompeii and Johannesburg earlier this year.

Oh To Believe in Another World expands on decades of critical engagement with life and culture under the Soviet Union, explored in Kentridge’s I am not me, the horse is not mine (2008) and The Nose (2010), based on the absurdist opera of the same name directed by Shostakovich in the 1920s, which was suppressed shortly after opening. Of Shostakovich’s pieces, his 10th Symphony – composed in anticipation of Stalin’s death – has always been most pertinent for Kentridge because of its humanity: “we can still feel the emotional journey of the symphony, independent of its historical moorings.”

Shostakovich’s life story involved navigating a complex relationship to the state of the Soviet Union, which provides the core inspiration for the projection. While the Russian composer and pianist was initially lauded as a sound voice to project Soviet values, Shostakovich was denounced twice under Stalin’s rule, leading him to fear for his life and compose music under intense state pressure. His 10th Symphony violated many of the Soviet restrictions on cultural production, experimenting formally with contrast and ambivalent tonalities, and was only made public once Stalin died in 1953.

The exhibition brings together a new body of work – charcoal drawings, collaged lithographs, mixed media puppets, bronze sculptures and a cardboard model for the projection – which reference the central projection in various ways and invite audiences to engage with Kentridge’s multidisciplinary practice in the round. The exhibition’s centrepiece constitutes a retrospective look at four decades of the Soviet Union – from the death of Lenin in the 1920s; the suicide of Mayakovsky in the 1930s; the assassination of Trotsky in the 1940s; and the death of Stalin in the 1950s. Protagonists include pianist and composer Elmira Nazirova; poet Vladimir Mayakovsky; author Lilya Brik; Vladimir Lenin; Leon Trotsky; Joseph Stalin and Shostakovich himself. The projection is set inside what appears to be an abandoned Soviet museum. It is made of cardboard and sits on a table in the artist’s studio. Using a miniature camera, we are guided – as if in a dream – through the deserted halls into a host of symbolic imagined spaces, including a community theatre hall, a public swimming pool, a quarry and a corridor of vitrines holding stuffed historical figures.

The audio component includes the collaging of music by Russian composers, sampled and sliced to cacophonous effect to create an assemblage of sound. The work leans into the “deliberately dissonant, muddled stream of sounds” that defined Stalin’s damning response to Shostakovich’s Lady Macbeth of Mtsensk (1934). By embracing the creative possibilities of “muddle” and fragmentation, denied to Shostakovich for decades, Kentridge turns Stalin’s denouncement into a quality to be celebrated.

Featured lithographs contain grids of faces which correspond with the protagonists in the projection. They include Soviet intellectuals, politicians and members of the cultural avantgarde and are based on a series of drawings, which was undertaken early on in the project as part of Kentridge’s process for reflecting on Shostakovich’s life and work. The grid format and collaged effect mirrors the way that these historical figures appear in the projection – their intersecting narratives pieced together, disjointed and imperfect. The protagonists in the projection feature partially as small paper puppets – a characterisation which evolved as Kentridge began working with costume designer Greta Goiris to experiment with the possibility of using actors inside of puppets. The life-size puppets used collaged costume alongside Kentridge’s renderings of the faces of the protagonists, as seen in the lithographs.

The combination of comic and austere movements that characterise the mechanised body language of the puppets resemble a Constructivist choreography – a distinct visual quality that is shared with the set of bronze sculptures that feature in the exhibition, and which are presented in a procession.

The intricate cardboard model of the museum also features in the exhibition, giving viewers an opportunity to experience the intimate scale of the set for the projection.

Concurrently, Kentridge’s largest UK survey to date is held at the Royal Academy of Arts in London this September, followed by performances from The Centre for the Less Good Idea at The Barbican in October. Oh To Believe in Another World shares its name with the eighth episode of a new series about life in the studio, titled Self-Portrait As A Coffee Pot (2022), which takes audiences behind the scenes to show the making of the projection and is set to premiere at international film festivals in Toronto and London this season. In November, Kentridge will open another major survey exhibition at The Broad in Los Angeles. Kentridge’s performance The Head & The Load, first seen at Tate Modern in 2018, travels to the Adrienne Arsht Center in Miami in December.

William Kentridge (b. Johannesburg, South Africa, 1955) is internationally acclaimed for his drawings, films, theatre and opera productions. His work has been seen in museums and galleries around the world, including the Museum of Modern Art in New York, the Albertina Museum in Vienna, Musée du Louvre in Paris, Whitechapel Gallery in London, Louisiana Museum in Copenhagen, the Reina Sofia museum in Madrid, the Kunstmuseum in Basel, Zeitz MOCAA and the Norval Foundation in Cape Town and the Royal Academy of Arts in London. He has participated a number of times in Documenta in Kassel (2012, 2002,1997) and the Venice Biennale (2015, 2013, 2005, 1999, 1993).

Opera productions include Mozart’s The Magic Flute, Shostakovich’s The Nose, and Alban Berg’s operas Lulu and Wozzeck, and have been seen at opera houses including the Metropolitan Opera in New York, La Scala in Milan, English National Opera in London, Opera de Lyon, Amsterdam opera, the Sydney Opera House and the Salzburg Festival.

Kentridge’s theatrical productions, performed in theatres and at festivals across the globe include Refuse the Hour, Winterreise, Paper Music, The Head & the Load, Ursonate and Waiting for the Sibyl and in collaboration with the Handspring Puppet Company, Ubu & the Truth Commission, Faustus in Africa!, Il Ritorno d’Ulisse, and Woyzeck on the Highveld.

Kentridge is the recipient of honorary doctorates from several universities including Yale and the University of London. In 2012 he presented the Charles Eliot Norton lectures at Harvard University. In 2013 he served as Humanitas Visiting Professor in Contemporary Art at Oxford University, and Distinguished Visiting Humanist at the University of Rochester, New York, and in 2015 he was appointed an Honorary Academician of the Royal Academy in London. In 2017 he received the Princesa de Asturias Award for the Arts, Spain, and in 2018, the Antonio Feltrinelli International Prize, Italy.

Kentridge’s largest UK survey to date will be held at the Royal Academy of Arts this September, followed by performances from The Centre for the Less Good Idea at The Barbican in October. Oh To Believe in Another World shares its name with the eighth episode of a new series about life in the studio, titled Self-Portrait As A Coffee Pot (2022), which takes audiences behind the scenes to show the making of the work and is set to premiere at international film festivals in Toronto and London this season. In November, Kentridge will open a major survey exhibition at The Broad in Los Angeles.