In 1977, William Anastasi began playing chess with John Cage. At that time, Anastasi was living in Harlem and would travel to Cage’s 18th Street apartment via the subway. The journey became the perfect opportunity to revive his earlier experiments with the creation of seismographic unsighted drawings. With a sheet of paper on his lap, Anastasi allowed the movement of the subway to make the drawing.

As Charles Stuckey has written in his catalogue text:

Instead of the primacy of hand-to-eye coordination in traditional drawing, Anastasi’s emphasis is on hand-to-mind coordination, in the tradition of surrealist automatism, surrendering the artist’s conscious and/or manual control in order to consider the graphic results as messages of some significance communicated by the whole self, the body in tandem with the mind.

The works in the show utilize a number of different unsighted techniques:
Dot Drawings (dots inside a drawn circle made in sync to the sound of Bach’s 96 Preludes and Fugues)
Subway Drawings, Walking Drawings (provoked by motion)
Pocket Drawings (made with folded paper and a pencil stub)
Burst Drawings (hands extended from the center of the paper, referencing Leonardo’s Vitruvian Man)
Resignation Drawings (repeatedly drawing the figure eight)
Drop Drawings (a circle is cut into a sheet of paper that is repeatedly bombarded from the top of a ladder by a graphite stick)

The exhibition will be accompanied by a catalogue with texts by Dove Bradshaw and Charles Stuckey, and an interview with the artist Maurizio Cattelan. 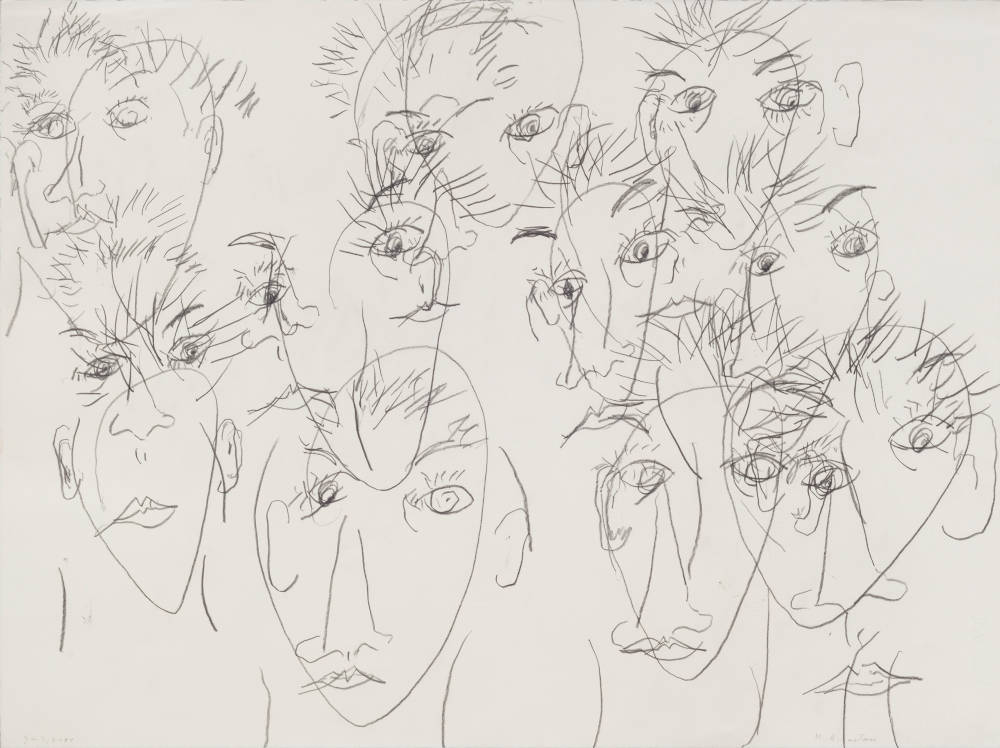