Skarstedt presents an exhibition of Willem de Kooning’s late paintings at the London gallery in October 2017. 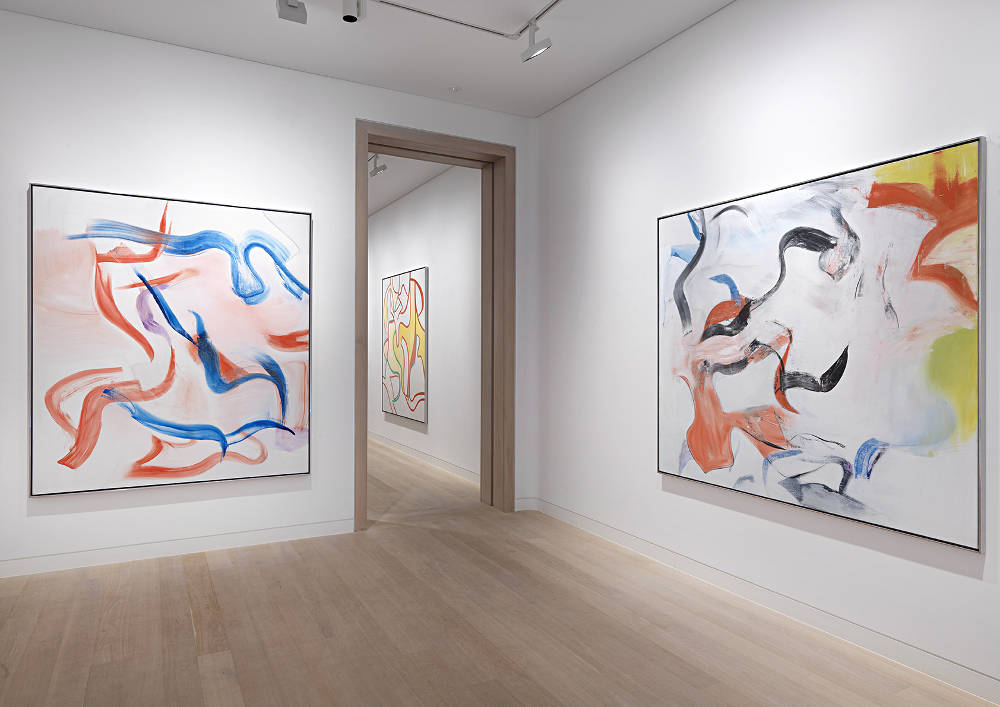 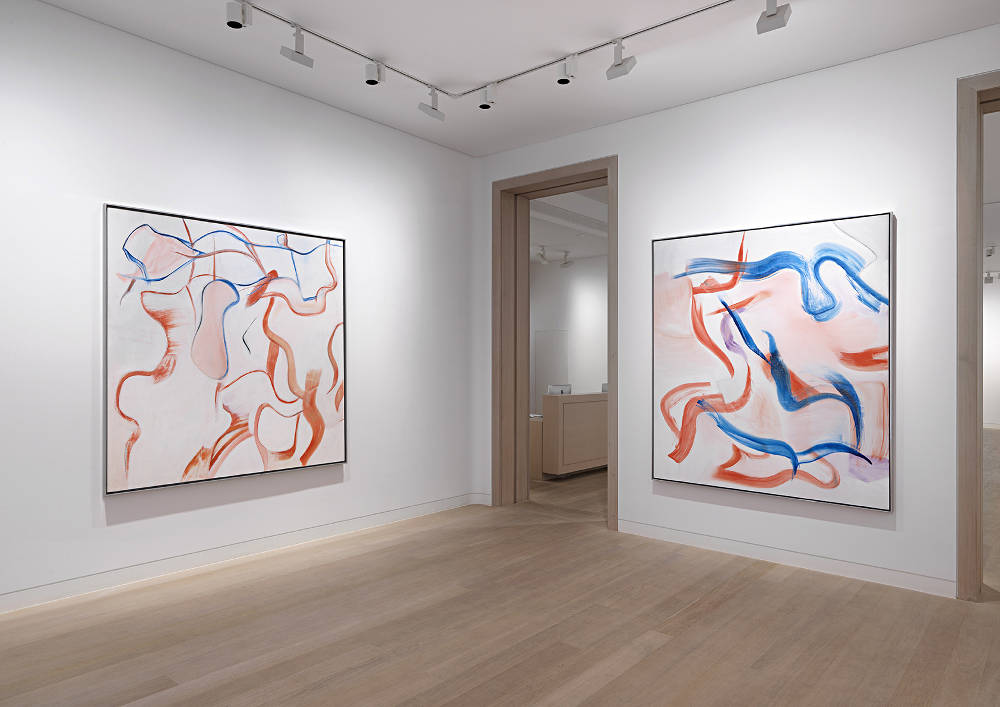 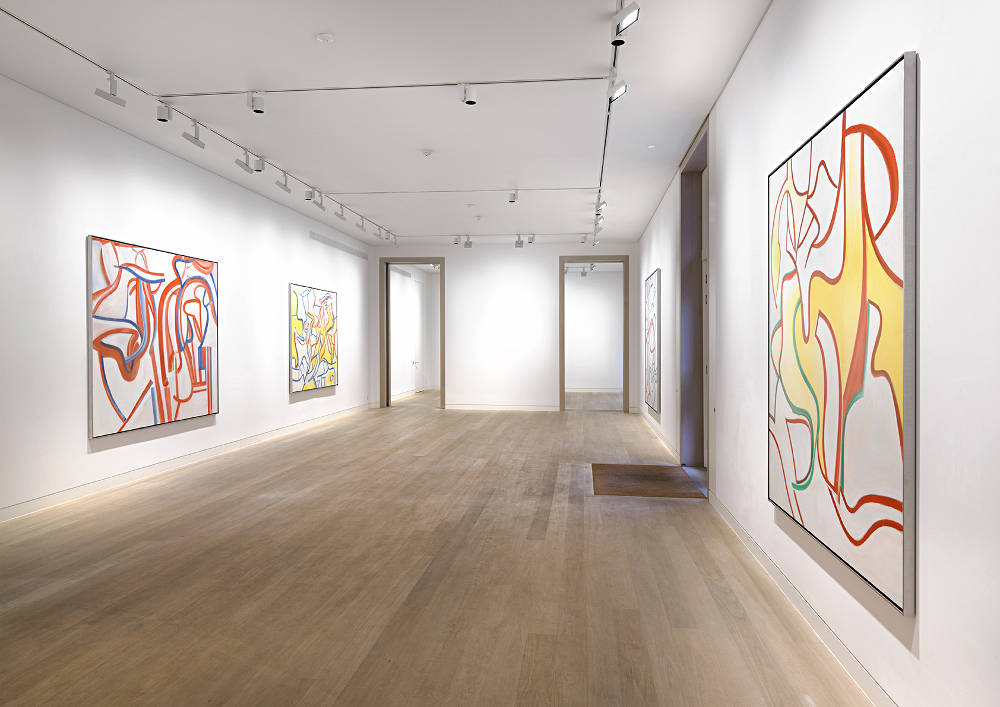 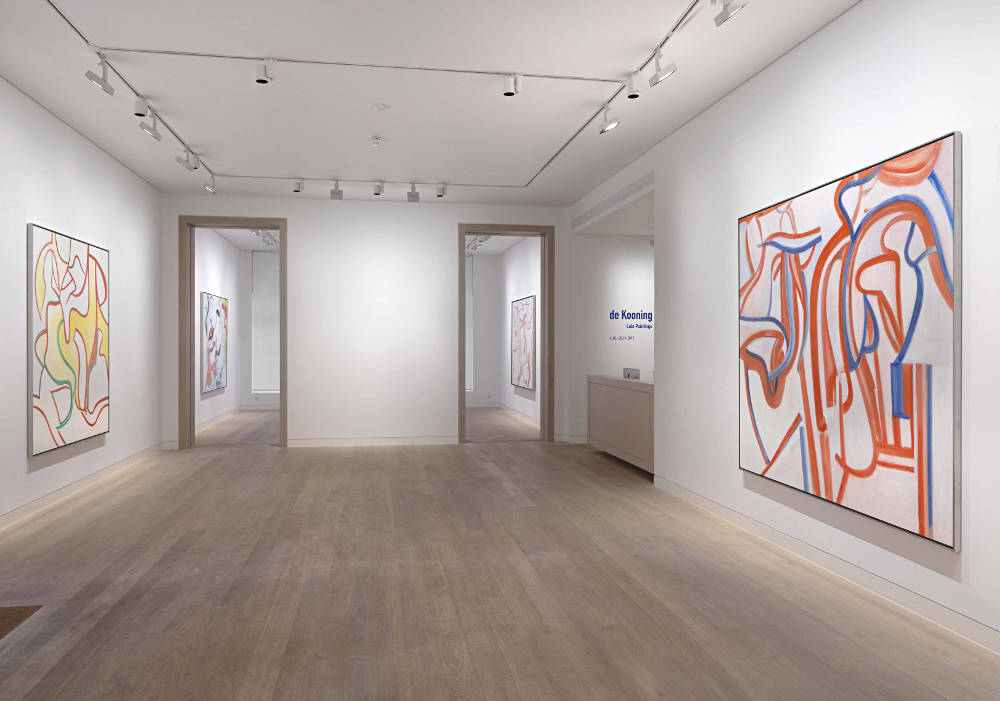 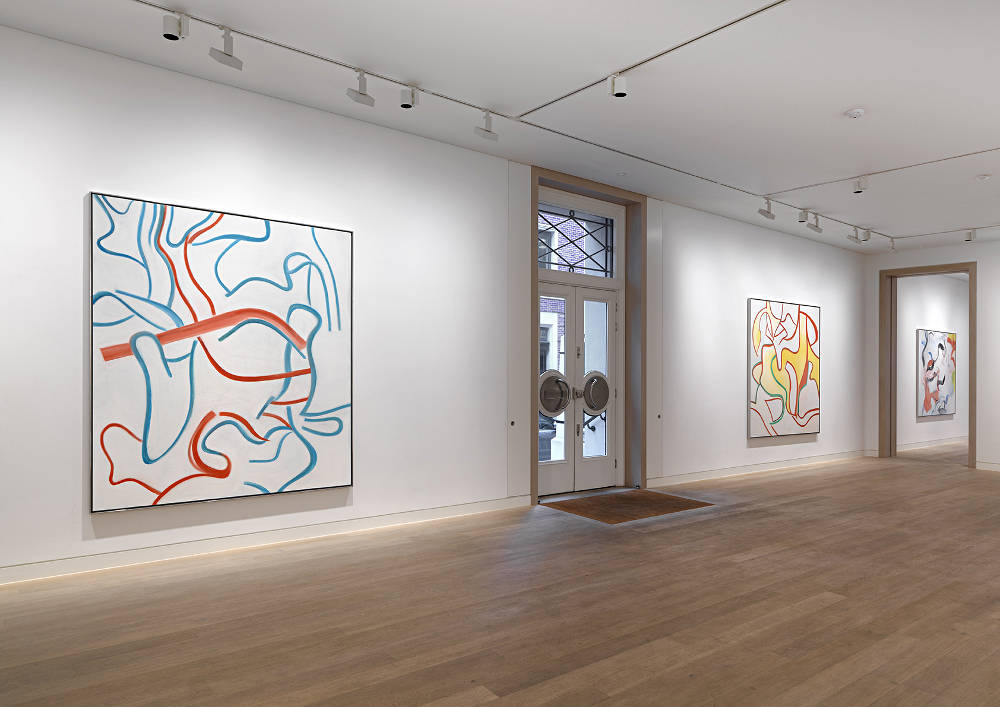 Coinciding with Frieze Masters, the exhibition includes exceptional paintings created in the 1980s, during the last decade of de Kooning’s 60 year career. This is the first opportunity to see this body of work in the UK since the solo exhibition at the Tate Gallery in 1995, which included paintings from 1938 to 1986.

Characterised by their luminosity and the fluidity of their arcing lines, the bright and often translucent colours of the works from the 1980s mark a radical departure from the dense painterliness of earlier periods. Demonstrating de Kooning’s capacity for renewal, this final chapter in his long artistic career was one of his most productive and as the works themselves reveal, one of his most accomplished. As Peter Schjeldahl noted:

Unlike other recent de Koonings, these don’t appear caught in the act of tearing themselves apart… Aging has touched his art with, if anything, even greater audacity and more resonant defiance, giving new edges to a mastery of painting’s resources that remains a wonder of the world.’ 1

Pared down to essentials, the smooth surfaces of the paintings are layered with a range of prismatic colours with toned white and pastel areas. Moving from ribbons and arabesques to a spirited bold use of lines and forms that carry clarity and strength, de Kooning’s palette shifts in tandem through the decade. In many 1980s paintings, distinct abstract shapes are suggestive of an elusive figuration and landscape, with elements reminiscent of earlier decades. As a starting point and way to generate ideas, de Kooning began with charcoal drawing on these canvases as he had done throughout his career. De Kooning moved in and out of drawing and painting, making for his calligraphic and ever changing canvases.

Firmly believing that “I have to change to stay the same”, de Kooning’s redirection at the age of 75 challenged the conventions of painting anew and reinvigorated his work. Reflecting the influence of Matisse’s cut-outs and the harmonious rhythm of The Dance, the paintings of the 1980s are youthful and vibrant. Capturing the essence of de Kooning’s lifetime of experimentation, these paintings bear testament to his enduring mastery and his continued inspiration on generations of painters who followed.

The first major exhibition of the late paintings was organised by the San Francisco Museum of Modern Art in 1995 and travelled to international museums including the Walker Art Center, Minneapolis, Minnesota; Stadtisches Kunstmuseum Bonn, Germany; Museum Boijmans Van Beuningen, Rotterdam, The Netherlands and The Museum of Modern Art, New York. An exhibition of the 1980s paintings was held at the State Hermitage Museum in St Petersburg in 2006 and travelled to the Carlo Bilotti Museum, Rome. More recently Gagosian Gallery, New York staged a dedicated exhibition of ten paintings from 1983 – 1985 in 2013.

Focusing on Contemporary European and American artists of the late Twentieth Century, Skarstedt is committed to mounting historical exhibitions of museum quality. This will be the gallery’s second de Kooning exhibition, following its show of sculptures from 1972 -1974 in New York in 2015.