‘Over the years, Peter Beard has given me many of his beautiful photographs. For me the most poignant are the ones of decomposing elephants where, over time, as they disintegrate, the bones form magnificent sculptures, which are not just abstract forms, but have all the memory traces of life’s futility and despair.’ — FRANCIS BACON

Wild Life: Francis Bacon and Peter Beard, explores the friendship between Francis Bacon (1909–1992) and his long- time friend and muse, the artist Peter Beard (1938–2020) who, despite working on different sides of the world, shared deeply similar personal and creative passions. 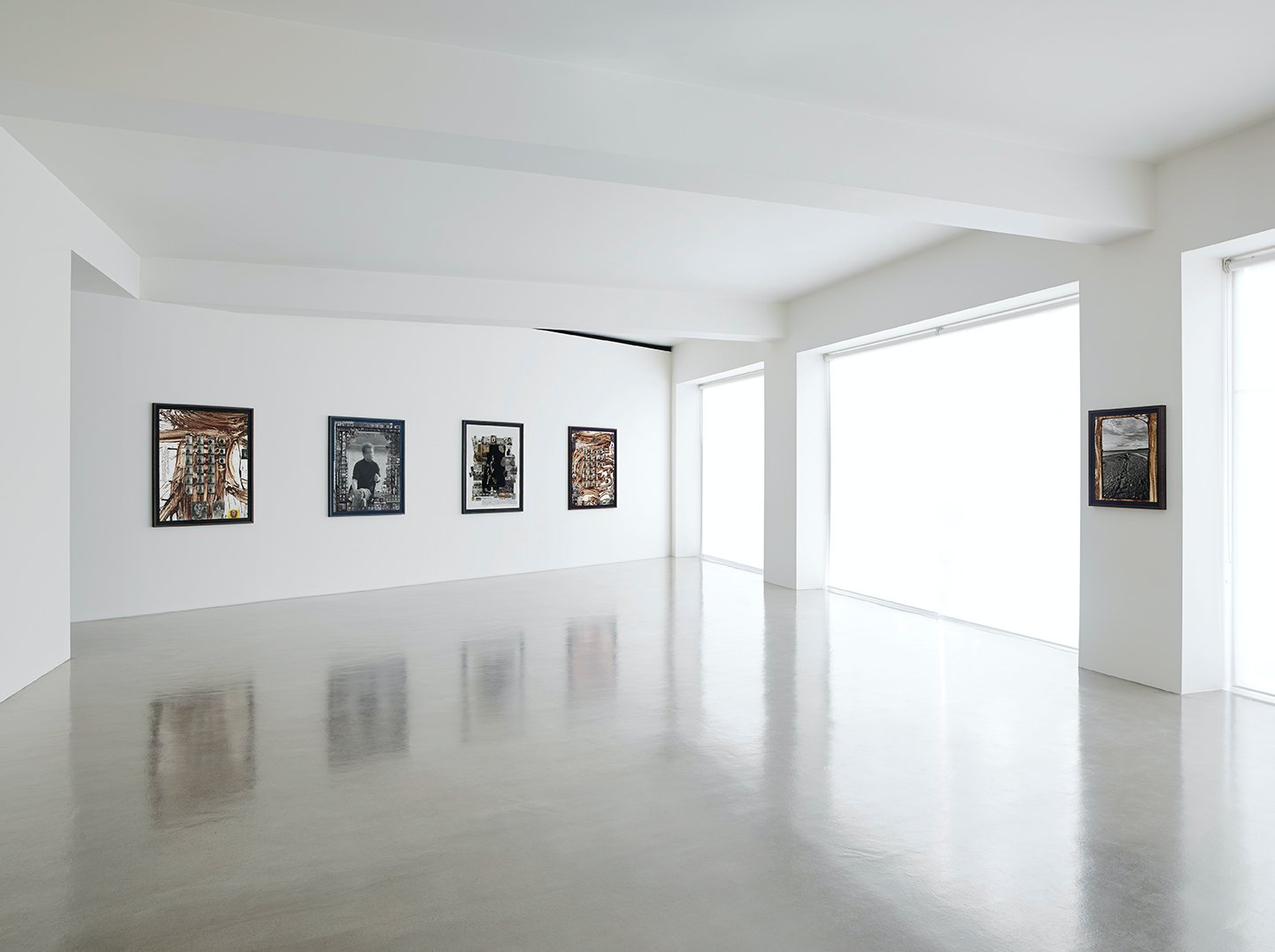 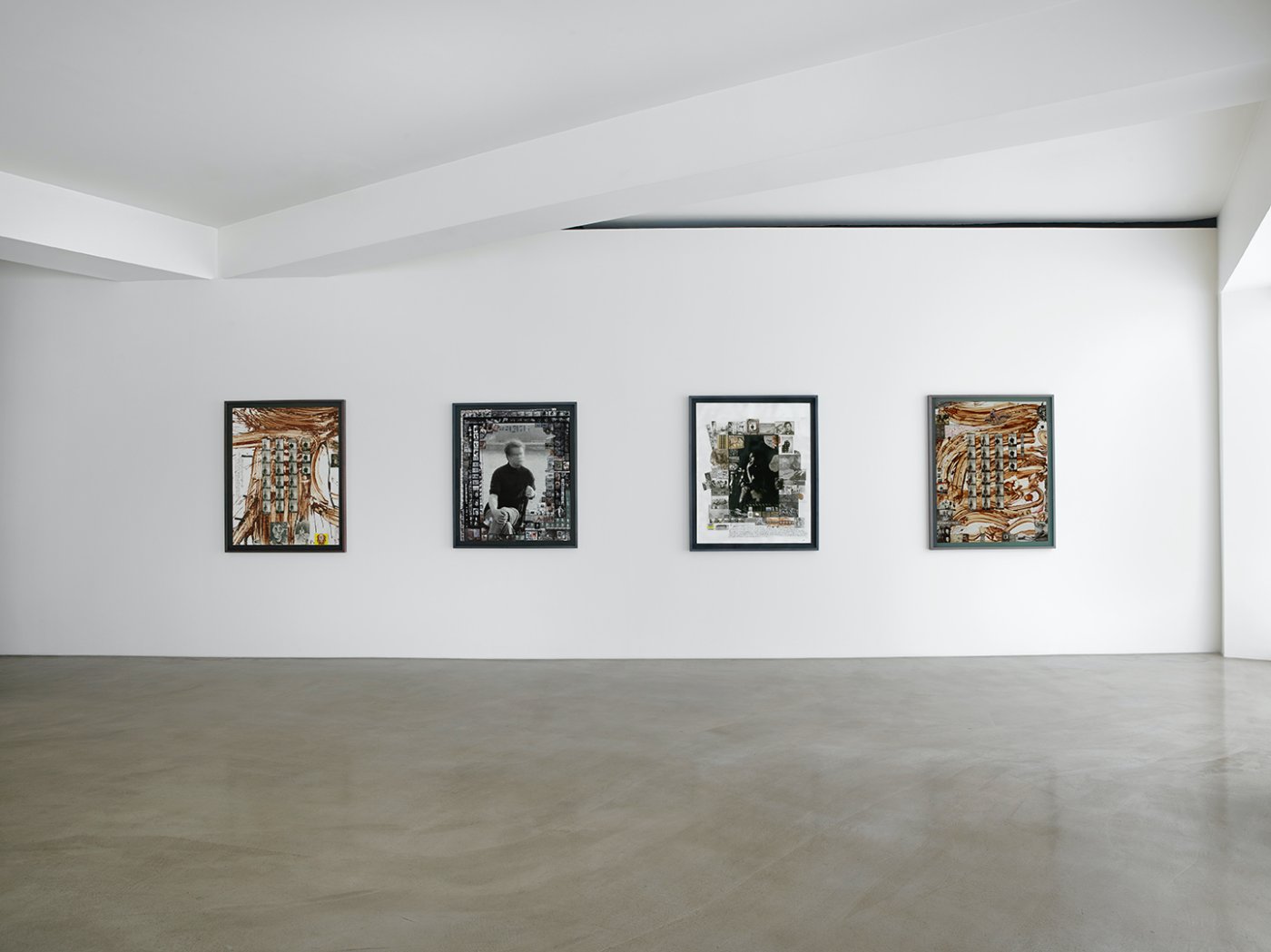 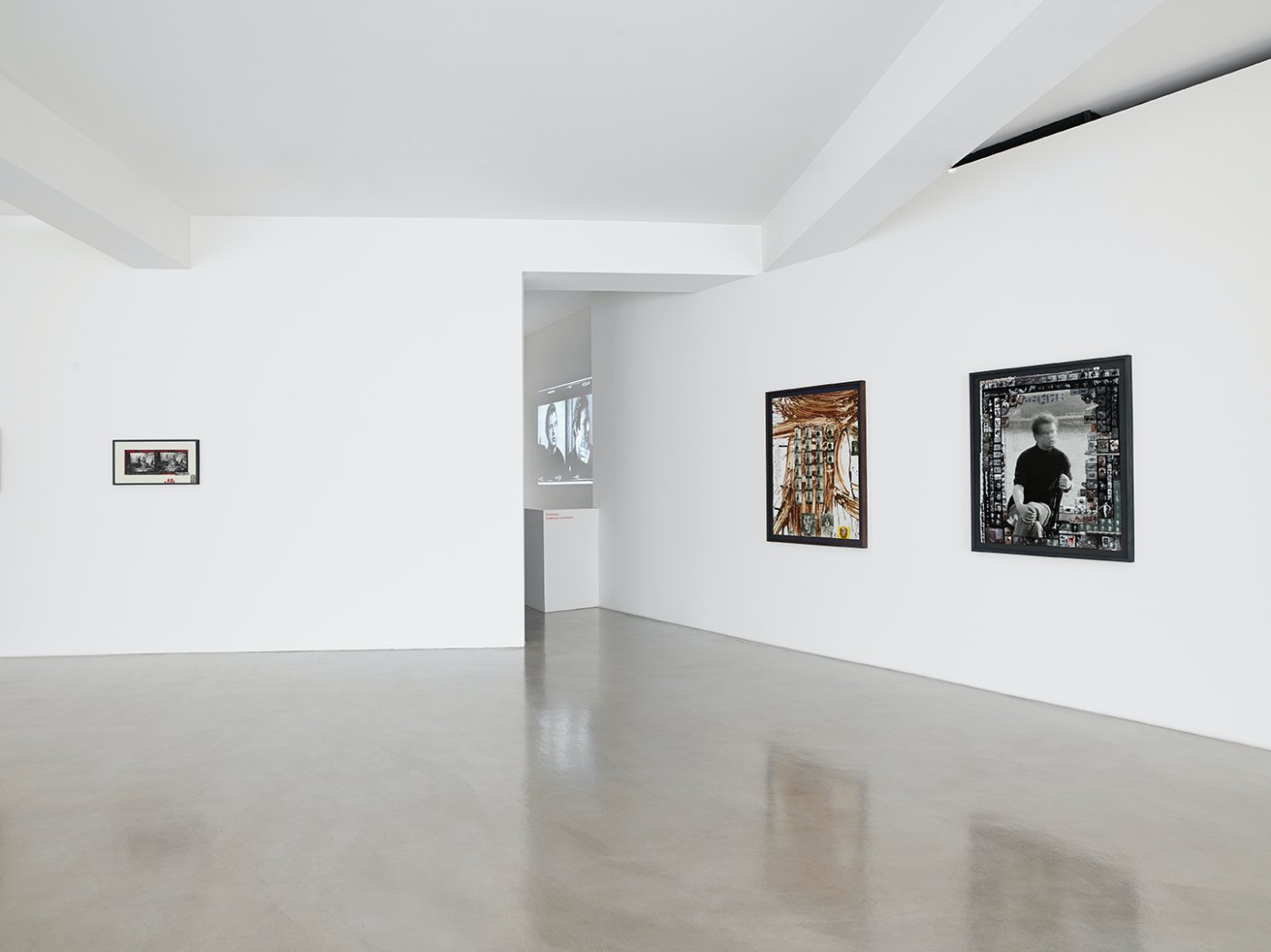 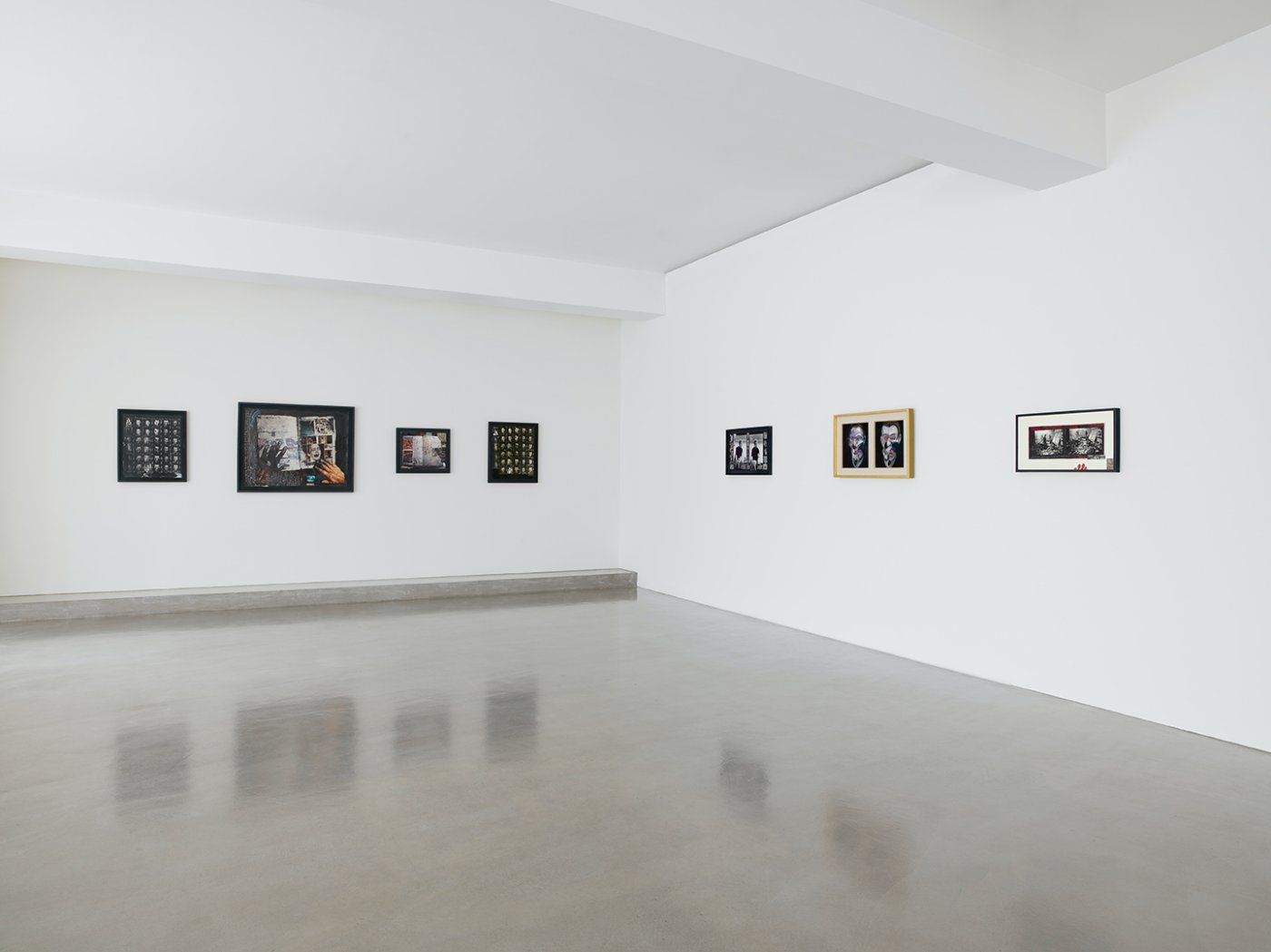 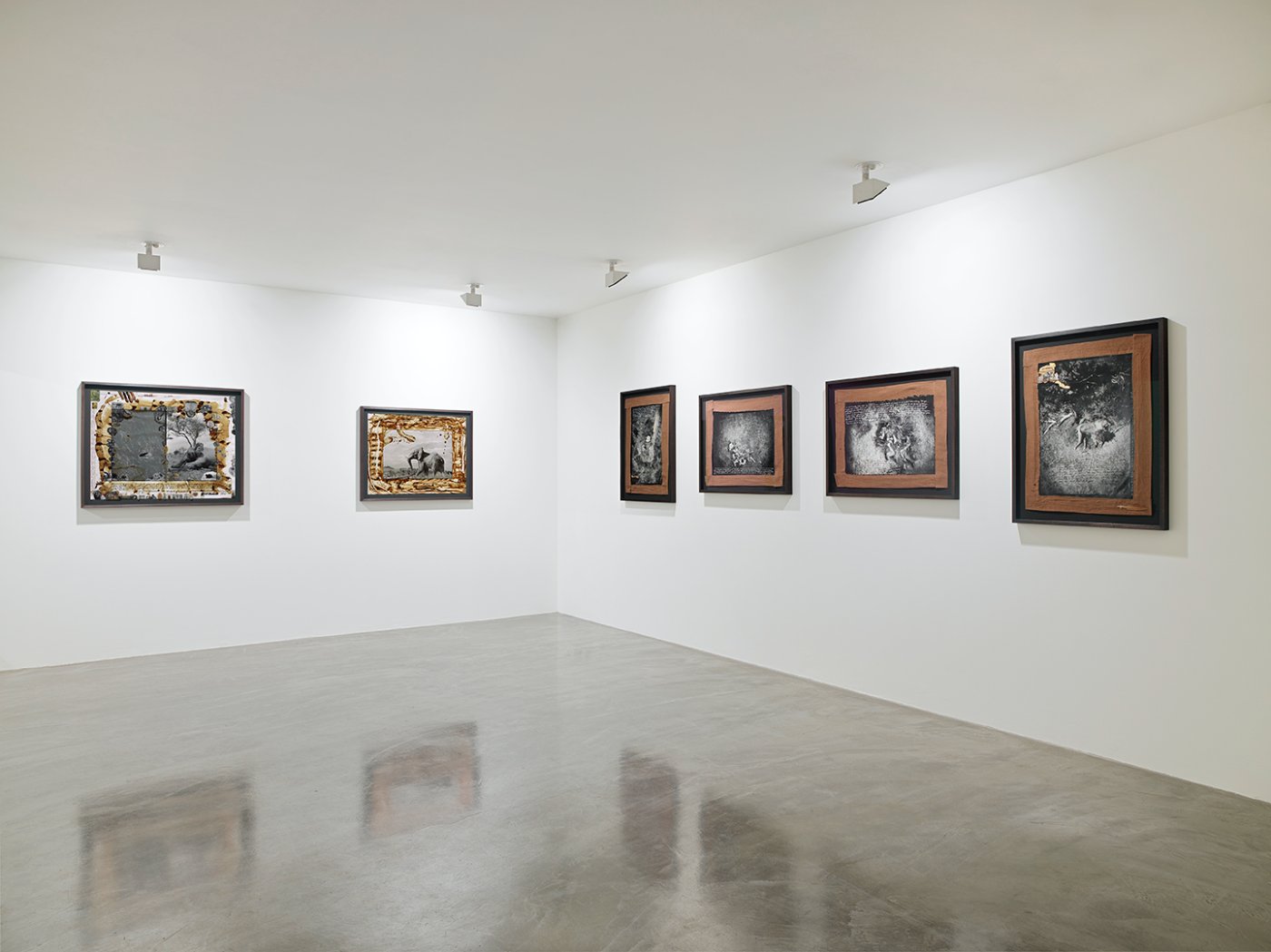 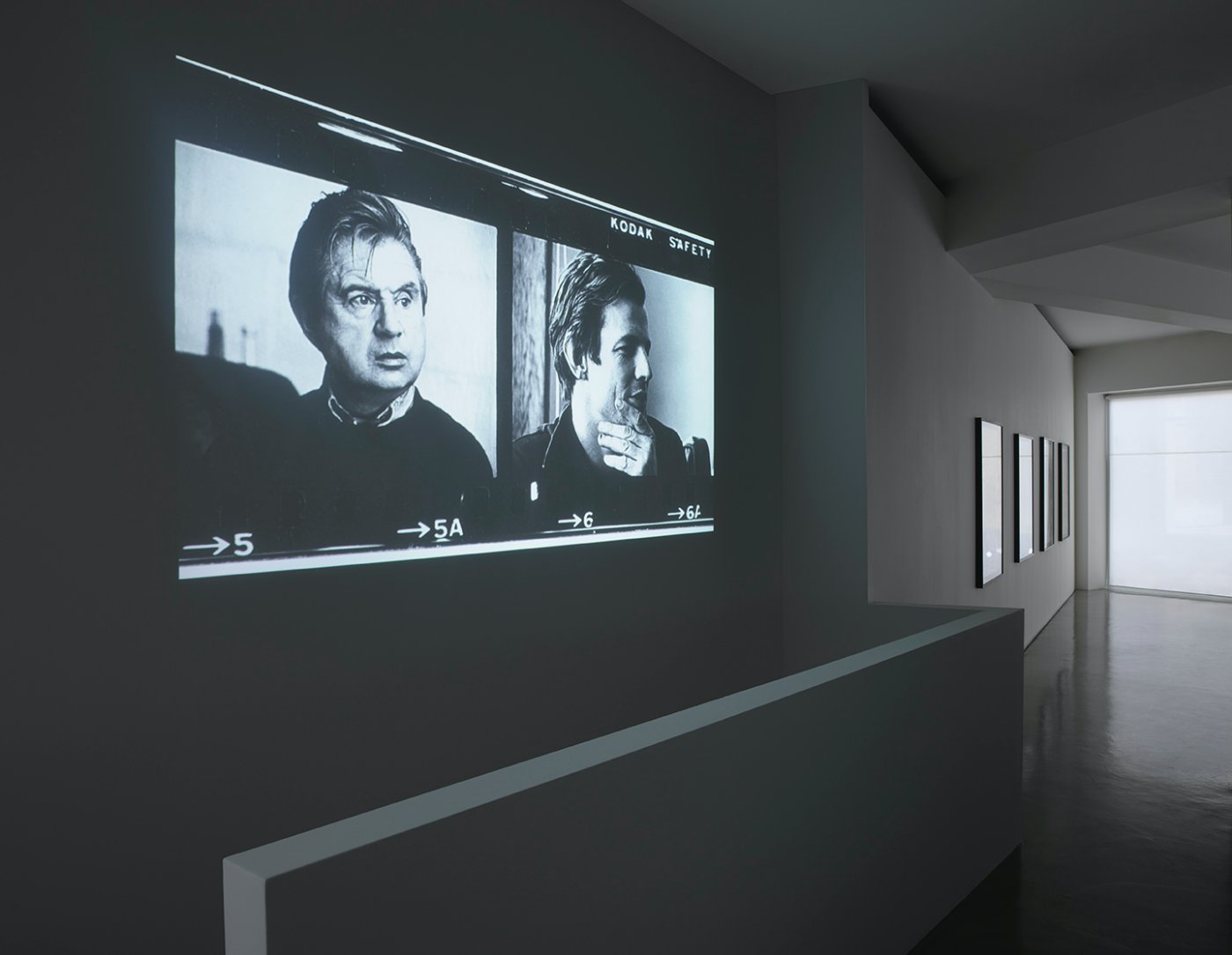 Organised in collaboration with Peter Beard’s Estate, the exhibition is intended as a celebration of Beard’s life. Works from the period of the two artists’ friendship will be shown side by side for the first time, along with unseen materials from Beard’s archives including letters and photographs gifted to Bacon, and, most importantly, Beard’s diaries, which served as the genesis for his art.

Francis Bacon and Peter Beard first met in 1967. Beard recalled, ‘I was at one of his openings at the Marlborough Gallery in London where he was standing in some kind of reception line and I simply said, “Hi — Peter Beard.” He said, “I know who you are.” It was my very great luck that he had just bought The End of the Game and connected with the doomed pachyderms.’ The two became close friends and admirers of each other’s work and served as one another’s subjects on many occasions over the years.

Francis Bacon liked to paint portraits of his sitters from photographs, and he was particularly drawn to sitters with good bone structure; happily, Peter Beard was able to provide both. Bacon painted nine major portraits of Beard and myriad others inspired by his face. From time to time, Beard sent Bacon photographs of himself to work from and to add to what Beard called Bacon’s ‘compost’ (the thousands of images piled on Bacon’s studio floor). Bacon would also occasionally give Beard bits of this ‘compost’ for his diaries and was even photographed signing one of Beard’s diaries in the 1980s.

The source image for Two Studies for Portrait, painted by Bacon in 1976 and on display for the first time since 1977, is thought to have come from one such gift from Beard to Bacon. The two seemingly sequential images of Beard’s chiselled features illuminated against a stark black backdrop are reminiscent of a contact sheet, similar to those incorporated in many of Beard’s own works. Painted in Paris, the portraits mark a moment in which Bacon began to increasingly merge his own features with those of his sitters, in some cases going so far as to label paintings of Beard as ‘self-portraits.’ Indeed, Bacon once admitted that at that time he focused mainly on self-portraits as many of his usual sitters were no longer around, particularly his former lover and muse George Dyer, who died in 1971. In Bacon’s portraits of Beard we begin to see the artist emerge from this period of mourning and once again embrace the joy of painting as he attempts to capture his friend’s true image, or his ‘emanation’ as Bacon called it.

Bacon and Beard corresponded regularly, and often spoke of their shared views on the bestial nature of man. Indeed, it was conversations between the two artists that fuelled Beard’s desire to fully document the effects of human intervention on the African elephant population. For Francis Bacon, The End of the Game and Beard’s moving depictions of the tragic fate of Africa’s elephant population struck a personal chord. Bacon’s mother and sisters moved to South Africa and present-day Zimbabwe (then Rhodesia) after Bacon’s father’s death in 1940, and in the early 1950s Bacon himself visited South Africa and went on a photographic safari to Kruger Park. He was enthralled by the natural landscape and engaged in prolific study of the animals found in the nature parks and reserves.

In 1972, Peter Beard interviewed Francis Bacon in what came to be called the ‘Dead Elephant Interviews,’ excerpts of which were published under this name as part of the catalogue for Bacon’s 1975 show at the Metropolitan Museum in New York. Only Bacon’s responses to Beard’s questions are printed in the catalogue, but the tone of Bacon’s speech is remarkable for the fact that his usual confident rhetorical air is replaced by one of an open and curious exchange of ideas. We are very grateful to the Estate of Peter Beard for allowing recordings and excerpts from the unpublished interview to be made available for the first time.

In 1977, The End of the Game was updated and republished to include contributions from leading scientists of the day, and Beard’s images from the new edition were exhibited at the International Center of Photography (ICP) in New York to great critical acclaim. On 6 November 1977, The New York Times reported: ‘The End of the Game is the end of innocence. It is the beginning of a more mature, more responsible attitude toward all the species of Africa, including Homo sapiens.’ A number of important rare works that have not been seen since the ICP exhibition will be included in the forthcoming show.

The exhibition includes many works related to the two artists’ shared concerns about conservation. Upon Bacon’s death in 1992, many hundreds of Peter Beard’s images were found in the former’s ‘compost’. These included Beard’s celebrated series of aerial photographs of dead elephant carcasses that formed the basis of the last chapter of the 1977 edition of The End of the Game, which had Bacon’s input and recorded the mass elephant deaths caused by misguided conservational efforts. We are privileged to be able to show correspondence between the artists as well as other archival material, and to exhibit the Dead Elephant Diary. Beard kept diaries throughout his life, which are extraordinary works of art in themselves, full of images, drawings, annotations and collage elements; as its name suggests, this diary relates to the Dead Elephant series.

Bacon himself instinctively recognized the importance of Peter Beard’s visceral documentation and artworks along with his nuanced and sensitive understanding of the modern condition in relation to the animal self, and his efforts to raise awareness of the devastating effects of human intervention on wildlife, and his unique and powerful artistic vision, will continue to inspire and stimulate generations to come.

The accompanying catalogue will include essay contributions by Martin Harrison and Sophie Pretorius.