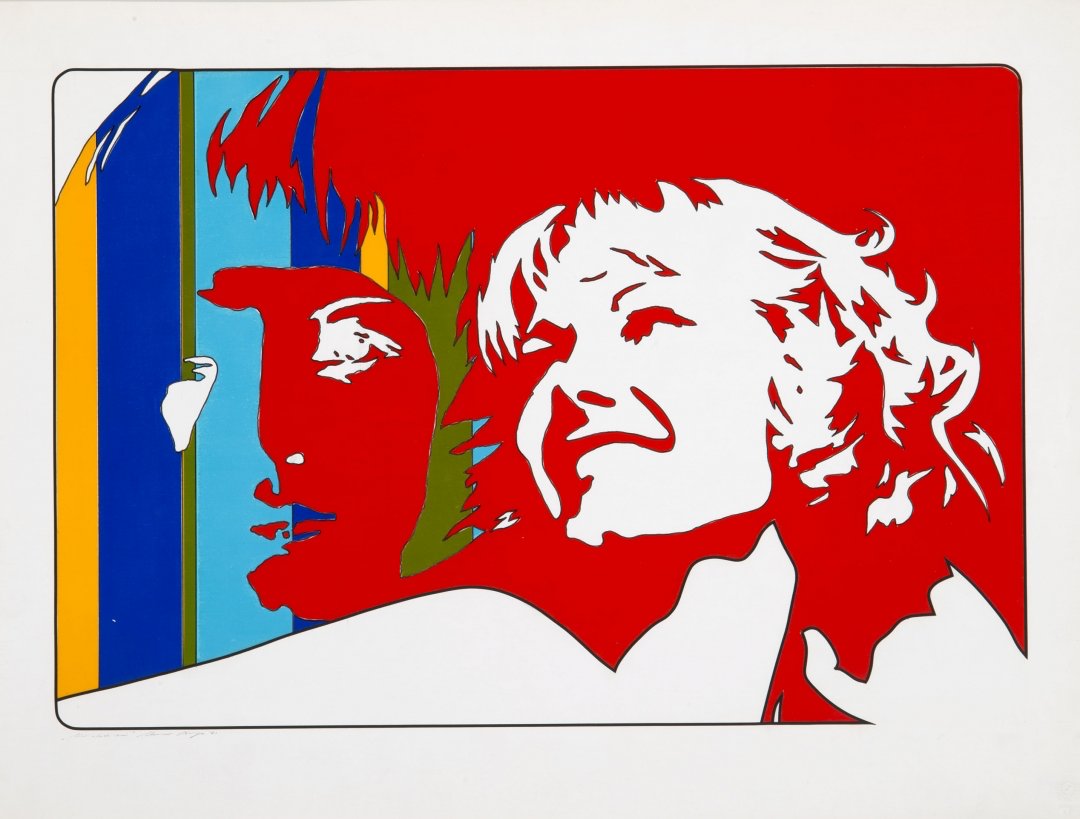 Marking this momentous occasion, the gallery is pleased to present works on paper alongside stunning large-scale canvases which were created during a crucial period in the artist’s oeuvre. The works were created during the late 1960s to the early 1970s, during the time when the artist was living in Berlin during the post-war period. Against the backdrop of Germany’s recovery, Berges began to turn towards figurative art, inspired by the formal aesthetics of mass media advertising as more consumer goods began to be produced and marketed to urban audiences.

Often flat, graphic, and vibrant, Berges’ works depict images of the female figure against backdrops of circles, grids, and stripes of color which evoke notions of mass reproduction. However, these works are often executed by using fiber pen, foil, and other media collaged together, and often bear traces of the artist’s hand. By turning to representative and figurative art, Berges created a new iconography that commented on the visual culture of 1960s and 70s Germany, and thus became a pioneering figure in the German Pop Art movement. His paintings and works on paper captured new attitudes that were sweeping Germany during the time, and reacted against the prevailing currents of American Abstract Expressionism and the German Informel.

Berges’ first solo exhibition occured in Großgörschen 35, an influential artist-run space established by pioneering figures such as Ulrich Baehr, Hans-Jürgen Diehl, and Karl-Horst Hödicke. The year 1966 marked a watershed moment in Berges’ career; he began to develop his signature iconography as demonstrated by the works in this exhibition. By 1977, Berges moved away from Berlin; yet, the works he created during his time there continued to define a crucial position within the German Pop Art movement. His works have been included in over 200 solo and group exhibitions in various venues in Europe and around the world. Notable solo exhibitions include the Goethe-Institut in Lyon (1977), Marseille (1978), and Avignon (1978); Kunsthaus Hanover (2001); Morat-Institut, Freiburg (2014); Kunstverein Kirchzarten (2018), amongst others. Group shows include PRAXIS 81, Palacio de la Vireina, Barcelona, Spain (1981); Torso, Kunstverein Kassel, Germany (1982); German Pop, Schim Kunsthalle Frankfurt (2014); Deutscher Pop, Galerie Diede, Germany (2016), amongst others. He passed away in Freiburg, Germany in 2017.