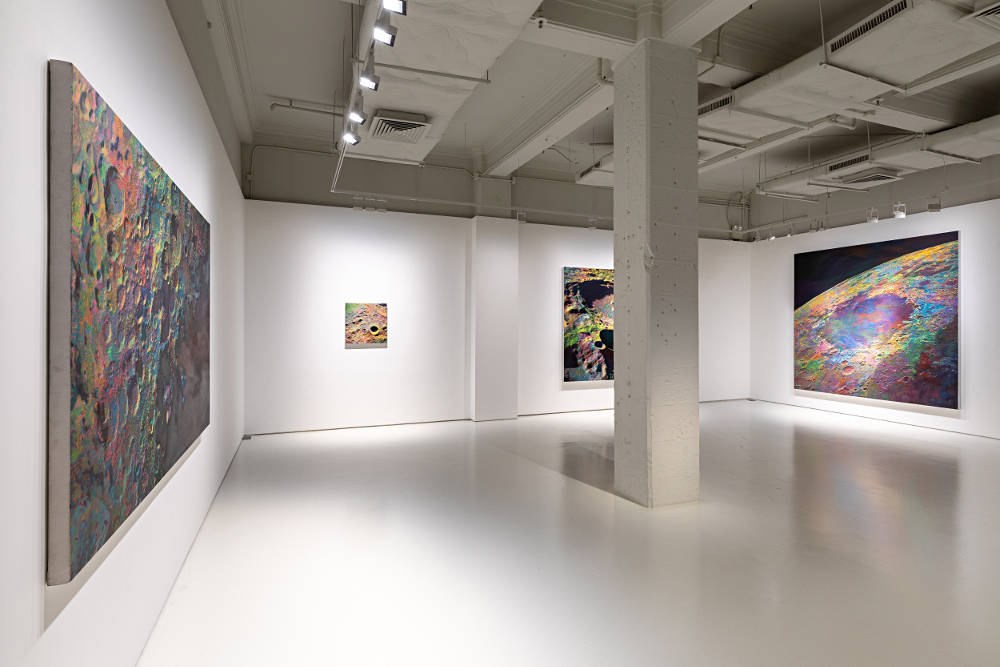 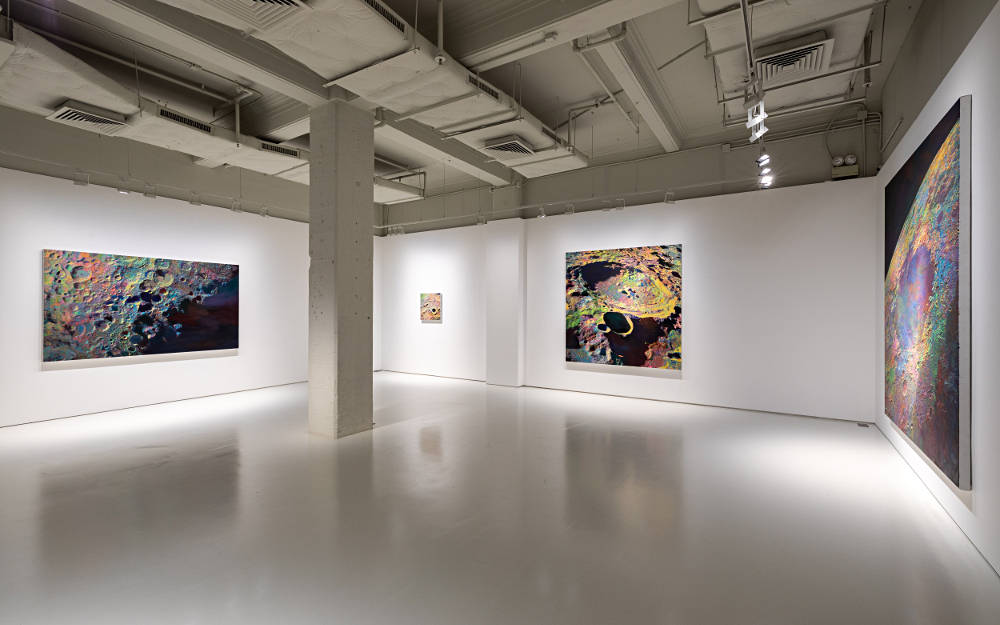 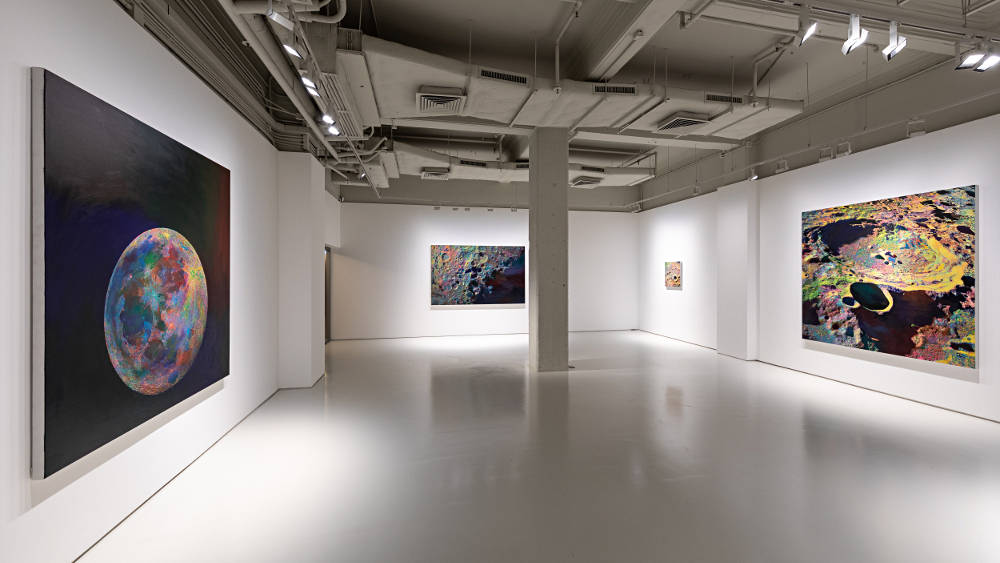 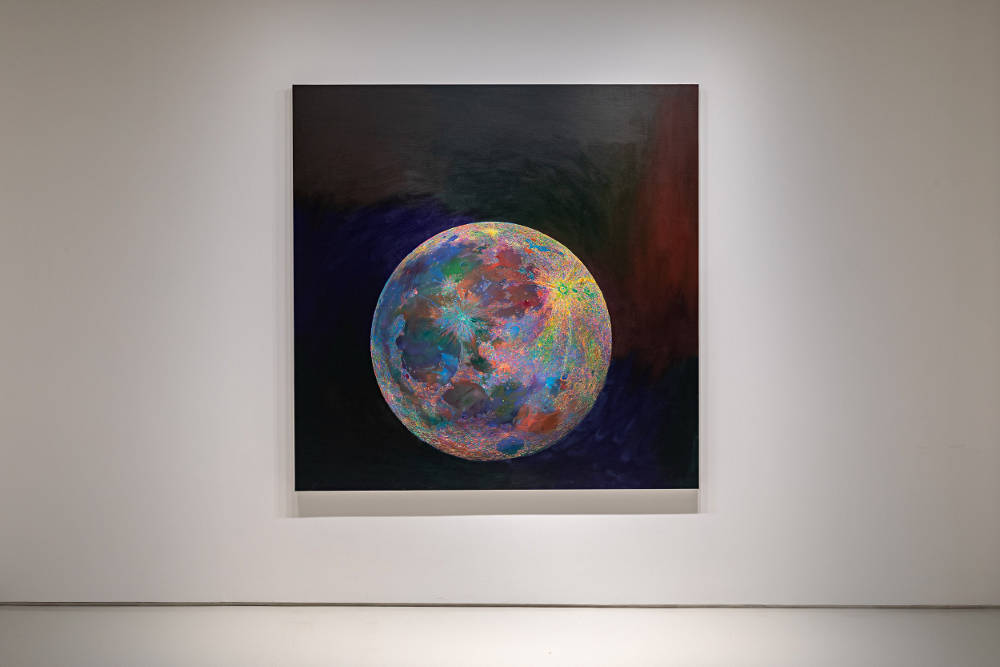 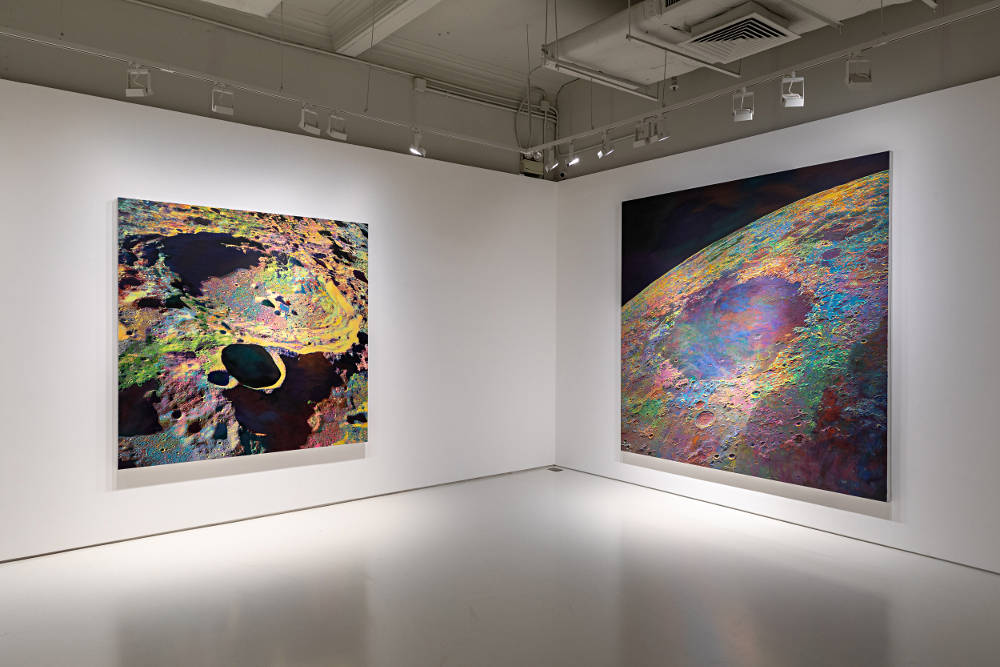 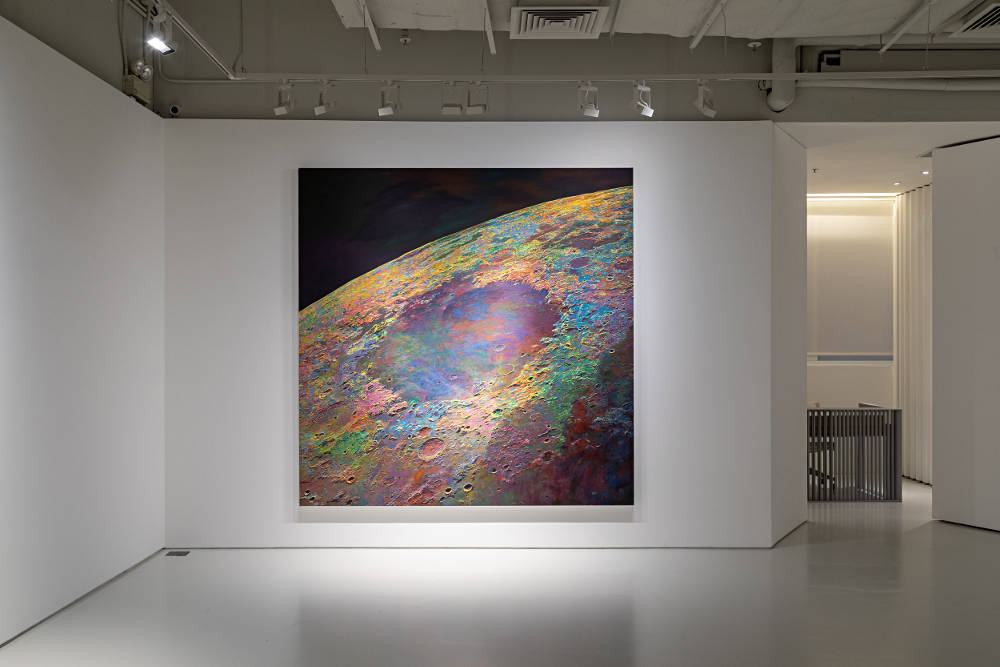 Wang Yuyang’s oeuvre is a multi-media practice that encompasses sculpture, painting, photography and video, focusing on the relationship between humans and technology, earth and space. For The Moon, the artist presents a new series of large-scale canvases, created specifically for this exhibition, that are immersed in the painterly gesture and the use of primary colours, and investigate the depths and significance of the earth’s only permanent natural satellite – a subject that has enthralled the artist for a long time and that he has investigated through various mediums.

Each canvas in the exhibition is a scientific replica of the moon’s entire surface, tainted by a colourful reminiscence of psychedelic abstraction and a conceptual ingenuity that encompasses the scientific and the mystical.

As put by the artist himself: “A coloured moon beyond human cognition could be its true colour. We have seen the moon as colourless for a long time since black and white photographs were invented. This presumption remains unchanged even when colour photography is developed to reproduce colours The conscious knowledge of oneself and the derived form drawn by the same person is unknown to each other. The coloured moon is becoming irrefutable.” The artist observes the moon through camera equipped video glasses, capturing the moon in motion videos. The colour of the moon is derived from a colour palette, while the artist sees everything in black and white during the process.

Wang Yuyang is one of the most renowned artists in China, his work is displayed in prominent Chinese public collections such as the K11 Art Foundation, Hong Kong; the Long Museum, Shanghai; Art Museum of Central Academy of Fine Arts, Beijing; 21st Century Minsheng Art Museum, Shanghai; the Ullens Center for Contemporary Art (UCCA), Beijing and the Power Station of Art, Shanghai.