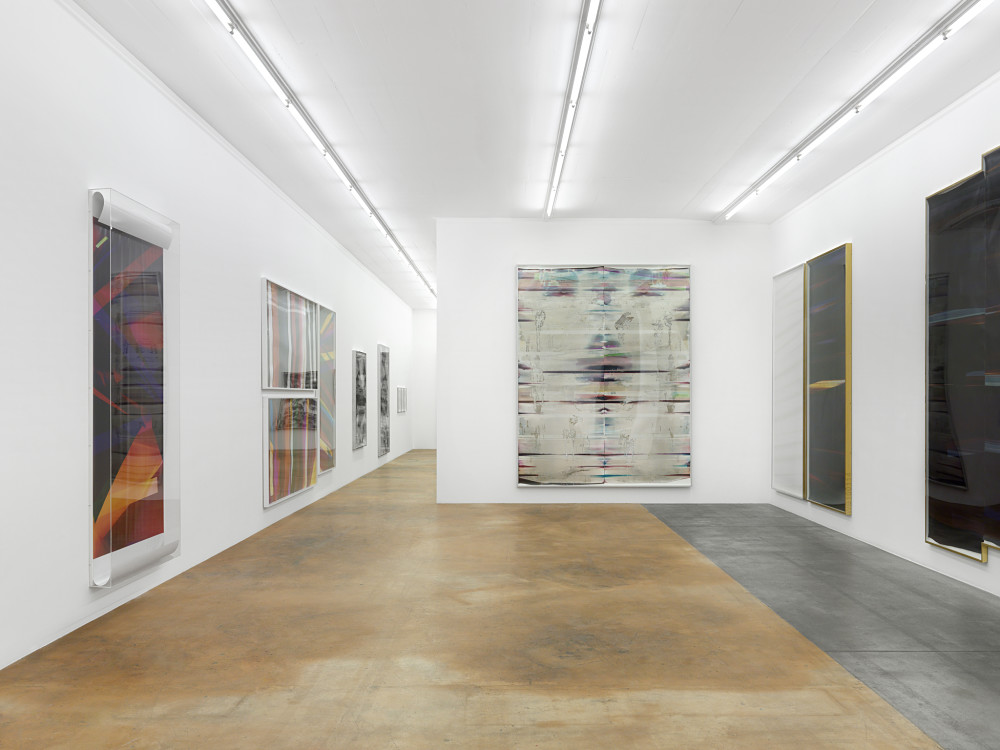 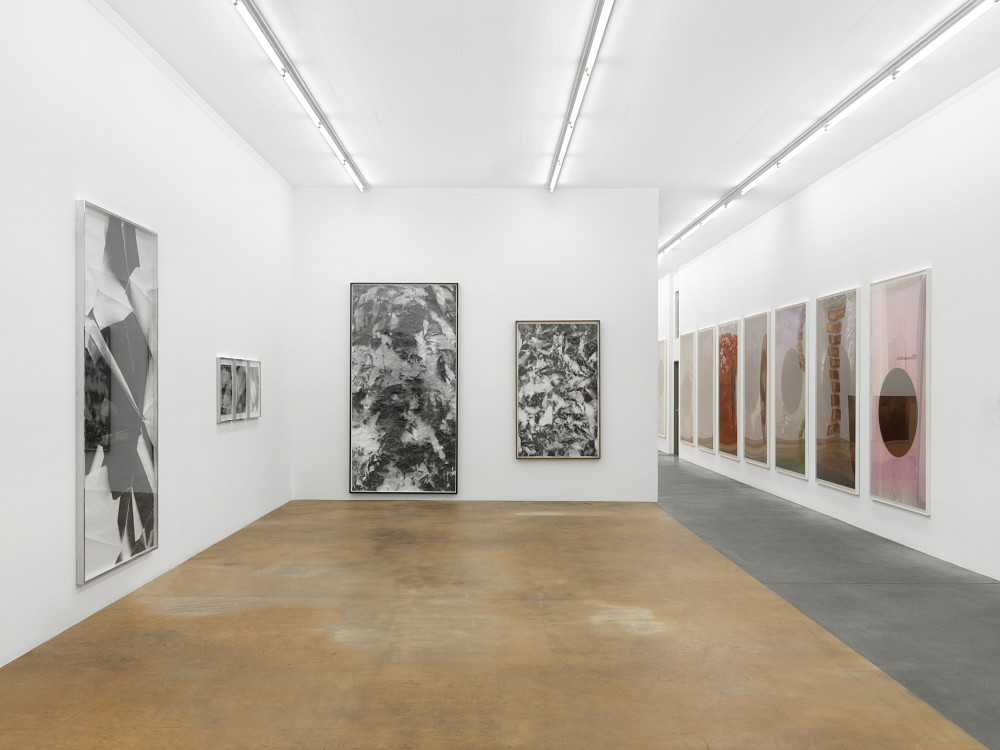 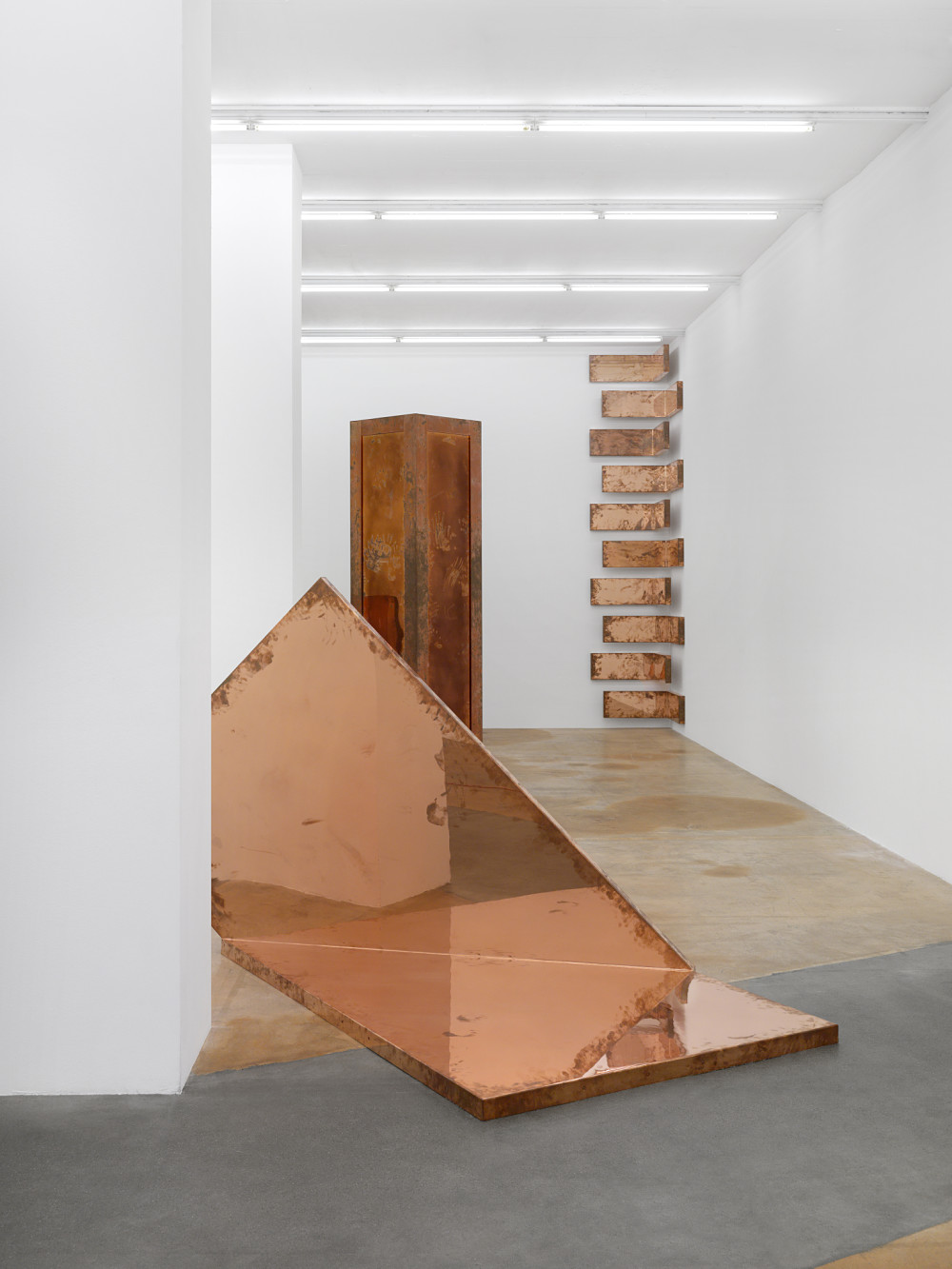 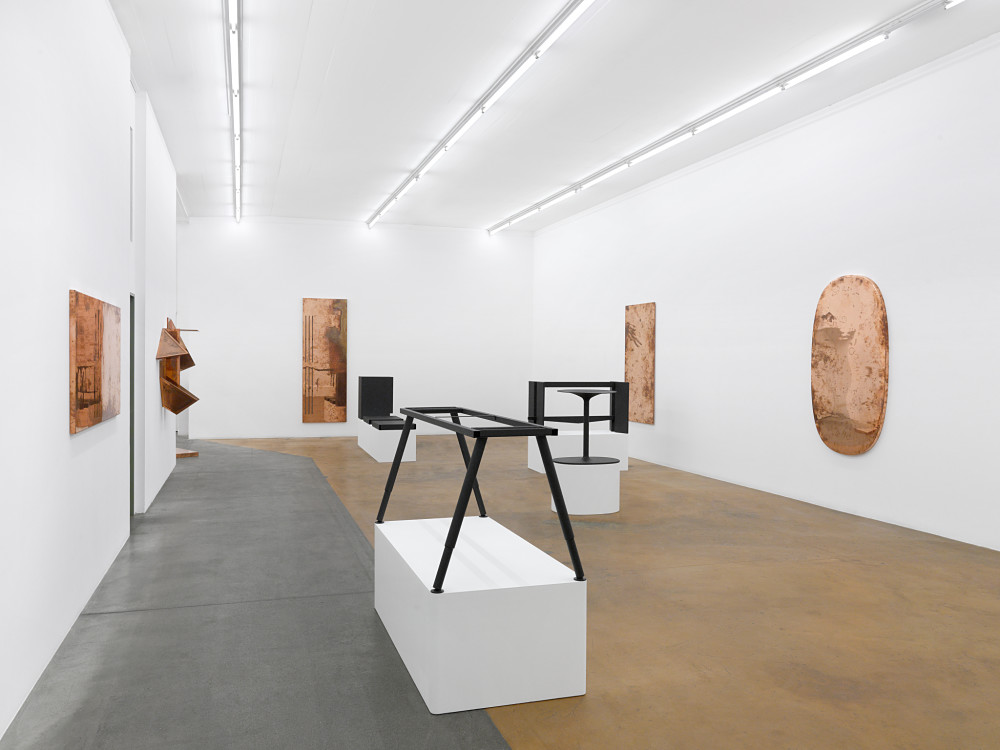 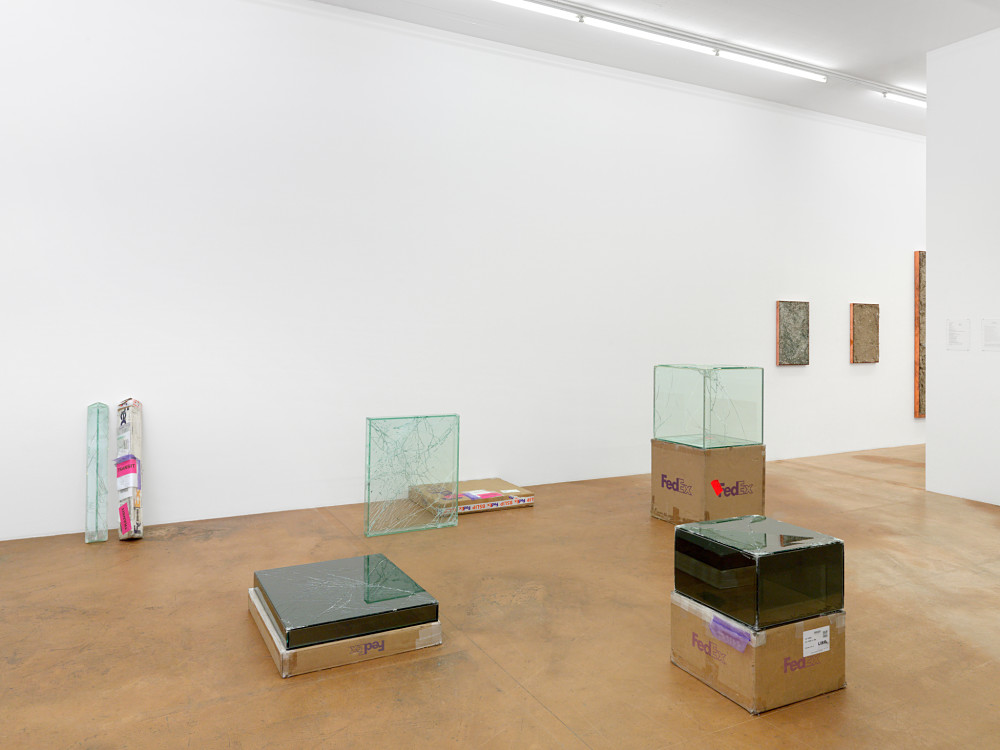 Walead Beshty (*1976, London, lives in Los Angeles) first became known for his large-scale photograms, seemingly abstract images that in fact tell the story of their own making. Produced by folding and processing light-sensitive paper, the works develop patterns of angles, creases, and folds, while their colors are generated by the chemicals of the developing process. In 2006, for his “Travel Pictures” series, shot in the then-recently defunct Iraqi Diplomatic Mission in Berlin, he explored the damages airport security’s X-ray scanners can do to images, making them not only “relics” of a site but of his own travel experience altogether.

Pursuing his reflection on displacement and global transit, he realized in 2007 his first “FedEx Sculptures” in which shatterproof glass boxes are shipped to various destinations in standard FedEx containers—the works’ final appearance being determined by the damages accumulated while travelling. Displayed alongside the material evidence of these journeys—the opened FedEx boxes complete with waybills, time stamps, and dated forms—these glass sculptures reveal the violence of globalization that most commodities conceal and thus demonstrate the artwork as vulnerable as a body moving across international borders.

In 2014, for his exhibition at London’s Barbican Centre, Beshty showed an installation of over 12,000 blue cyanotype photograms of tools and remnants from the artist’s practice “exposed” on debris materials found in the studio. His “copper” works from the 2010s register the manipulation and labor involved in their production, installation, and displacements. Much like film capturing a moment in time, they map the labor involved in art’s context. All these works thus interrogate the space within which contemporary art and its discourse are produced and distributed, while postulating the art object as dynamic, rather than static.