For his first exhibition at Lisson Gallery New York, Egyptian artist Wael Shawky transforms the gallery into an immersive sculptural environment as part of his new work, The Gulf Project Camp. 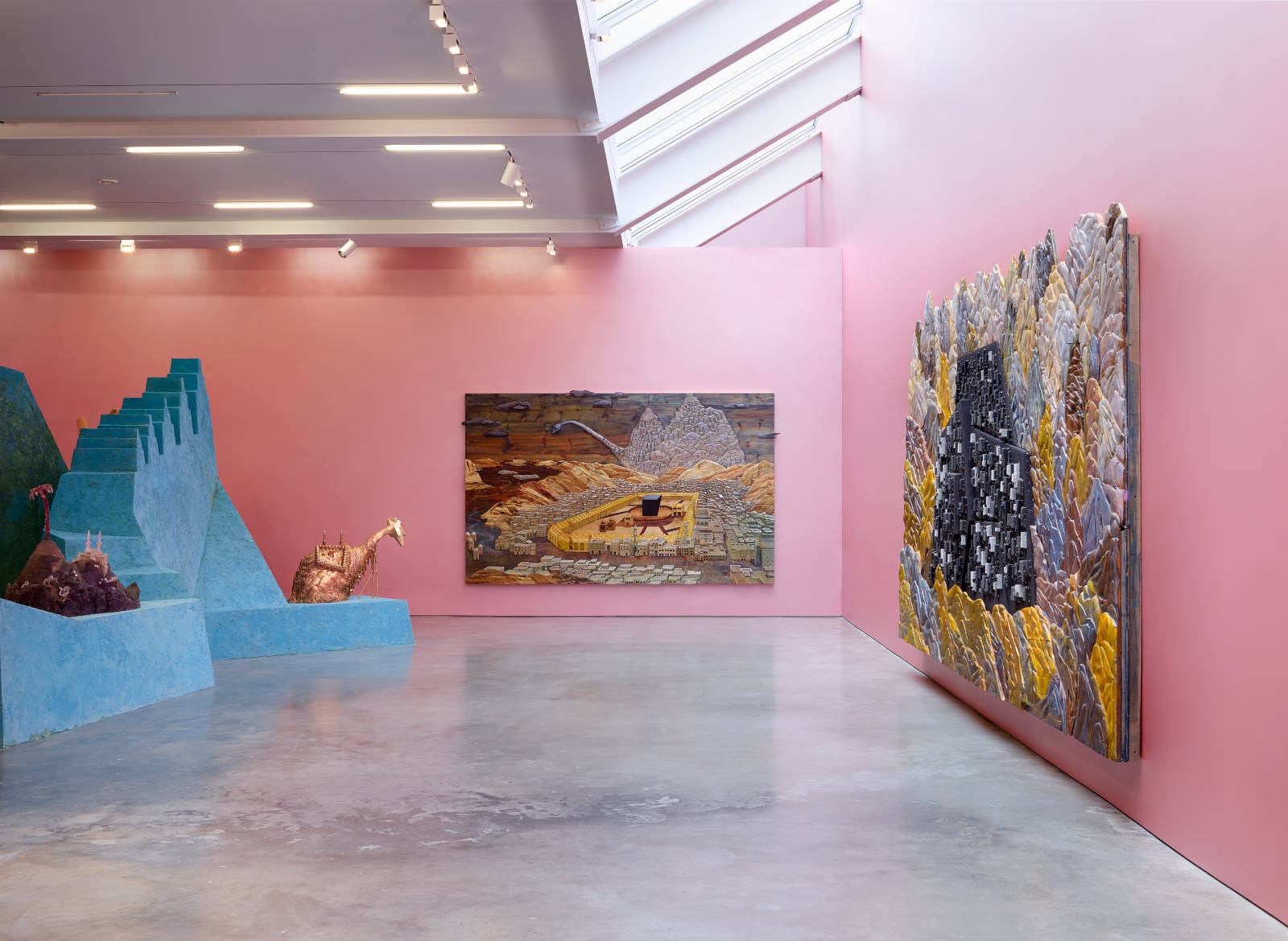 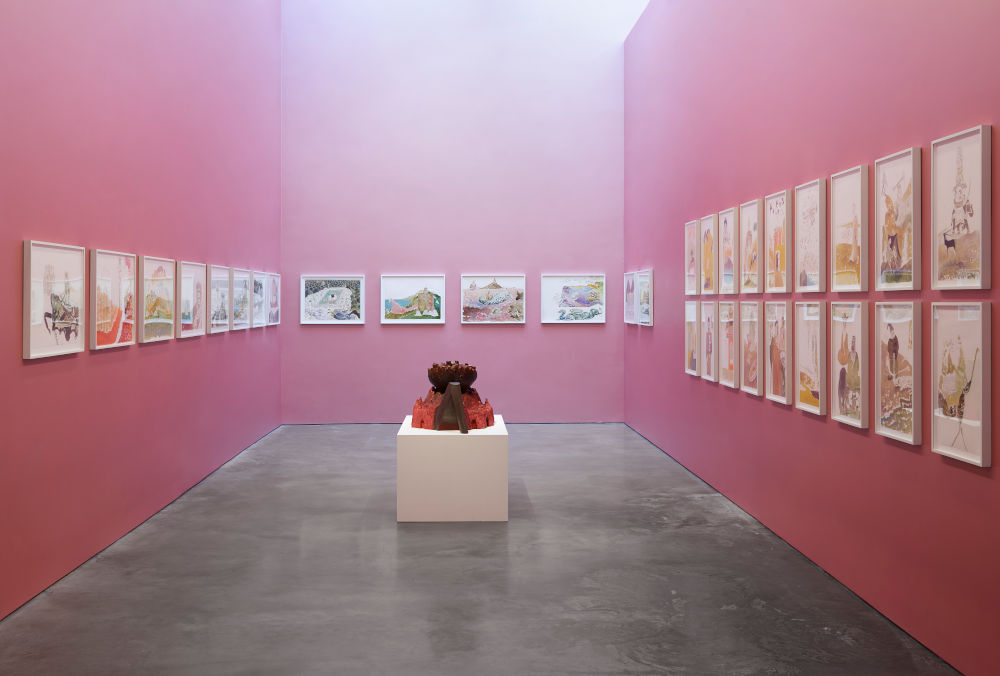 The space features a monumental crenelated wall installation that bisects the gallery and acts as a stage for a selection of fantastical new bronze sculptures. Alongside this, Shawky presents a series of large-scale wood relief works, highly intricate cast glass sculptures produced in Venice, and a suite of around 50 new ink and oil drawings. This exhibition is the artist’s first in the city since his solo presentation at MoMA PS1 in 2015.

Shawky creates powerful and profoundly relevant works that re-present history through an alternate lens, reflecting on significant moments through epic, intoxicating films that feature surreal landscapes and painted backdrops. Telling tales from the complex history of Shawky’s region, his works invite analysis into collective belief systems, from faith to the recording of history. Over the past three years, Shawky has been working on a new project, undertaking research for the development of a major new film series, entitled The Gulf Project. Focusing on the history of the Arab Peninsula from the 17th century to the present day, the research charts the development of the region and the transformation of urbanism in Gulf societies by following the histories of the major ruling families. For his exhibition at Lisson Gallery, Shawky explores many of the themes central to this developing project, looking at this period through the lens of migration, trade, economy, religion and tribal alliances. As with previous bodies of work – including Cabaret Crusades (2010-15) and Al Araba Al Madfuna (2012-15) – Wael references historical documents and artefacts, but as a platform to create a layered, alternative approach to an existing narrative.

Setting the scene within a theatrical environment that echoes the adventures of his films, a large-scale wall installation sits at the heart of the exhibition. This sprawling work also acts as a plinth for a series of new bronze sculptures that fuse architectural and zoomorphic references. Weaving throughout the exhibition, the installation creates the backdrop for a familiar yet illusory world, where historical sites, political figures and fantastical creatures co-exist.

Beyond this stand three translucent cast-glass works, produced with the Berengo studio. Two of these take inspiration from the 16th century Persian miniature paintings, A Camp Scene and Nighttime in a Palace, attributed to Mir Sayyid ‘Ali, a well-known painter from the Safavid and Mughal courts from 1550-1574 CE. These works are each only 28cm by 20cm yet contain a wealth of detail illuminating Muslim society during this time. Shawky uses these scenes as starting points for his visual stories, yet intervenes with his own layer of ‘myth’, questioning the concepts of history and fantasy, and how multiple accounts of the past have been conceived, recorded and reshaped by posterity.

The exhibition also features several intricately carved wooden reliefs made from wood dated between 400 and 2000 years old. These include a major, never-seen-before, five-panelled work depicting the site of Mecca. Rather than illustrating the familiar scene of pilgrims flocking to the religious site, Shawky removes all figures, focusing entirely on the political and historical significance of the architecture, and imbuing this landscape with a mystical and spiritual ambience through the presence of select mythical creatures.

Alongside this, Shawky presents a collection of delicate drawings, rendered in graphite, pigments, ink and oil, including a number previously exhibited at Sharjah Art Foundation, as well as new pieces made especially for the exhibition. Drawing is a fundamental aspect of Shawky’s practice, acting as a vehicle for storytelling, where fictions can become realities. These works similarly depict recognisable scenes and figures from history, from King Faisal to Nixon, yet alongside surreal depictions, encouraging us to acknowledge the blurred boundary between real and imagined, and reassess what we consider to be fact and truth.