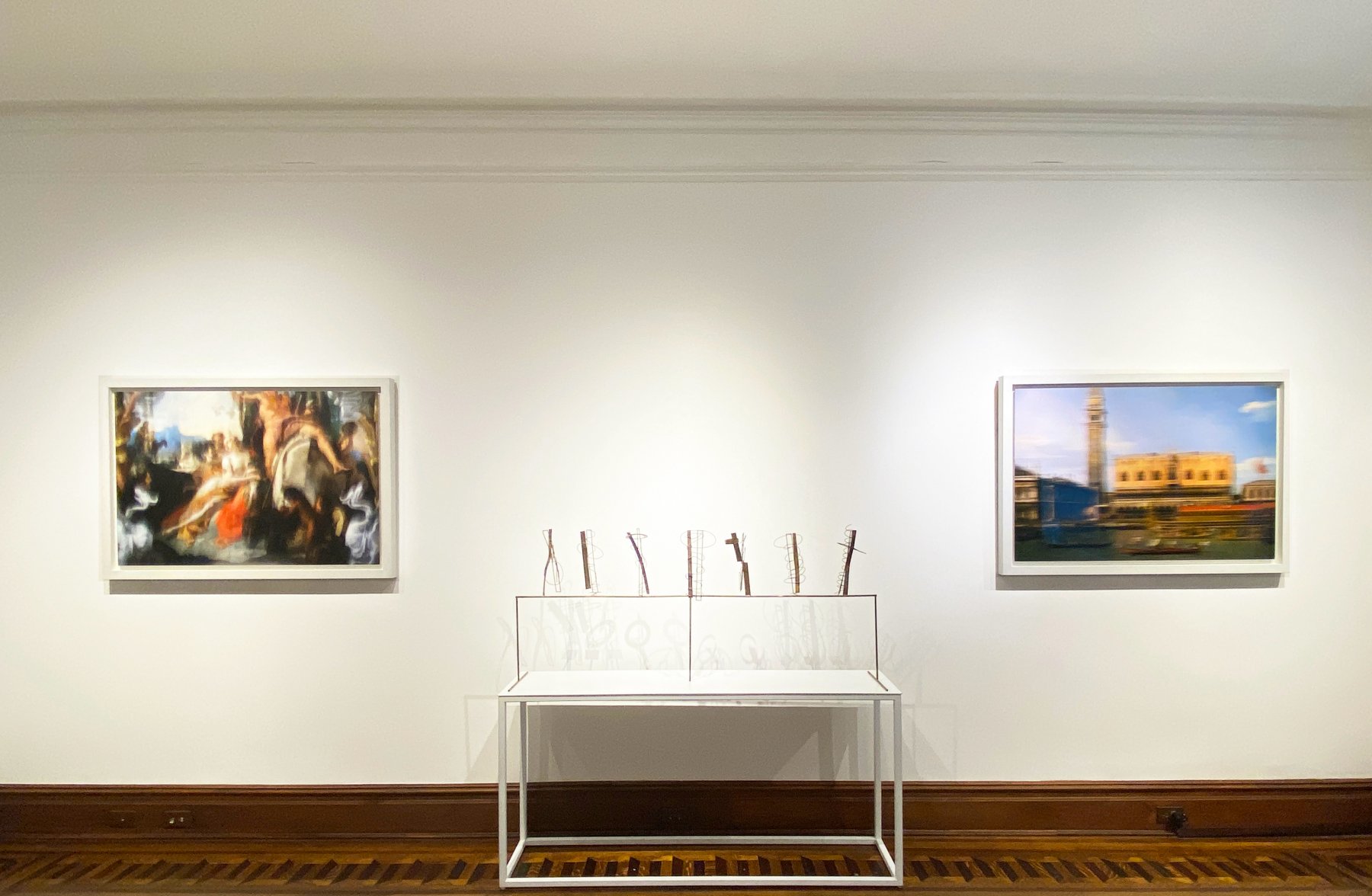 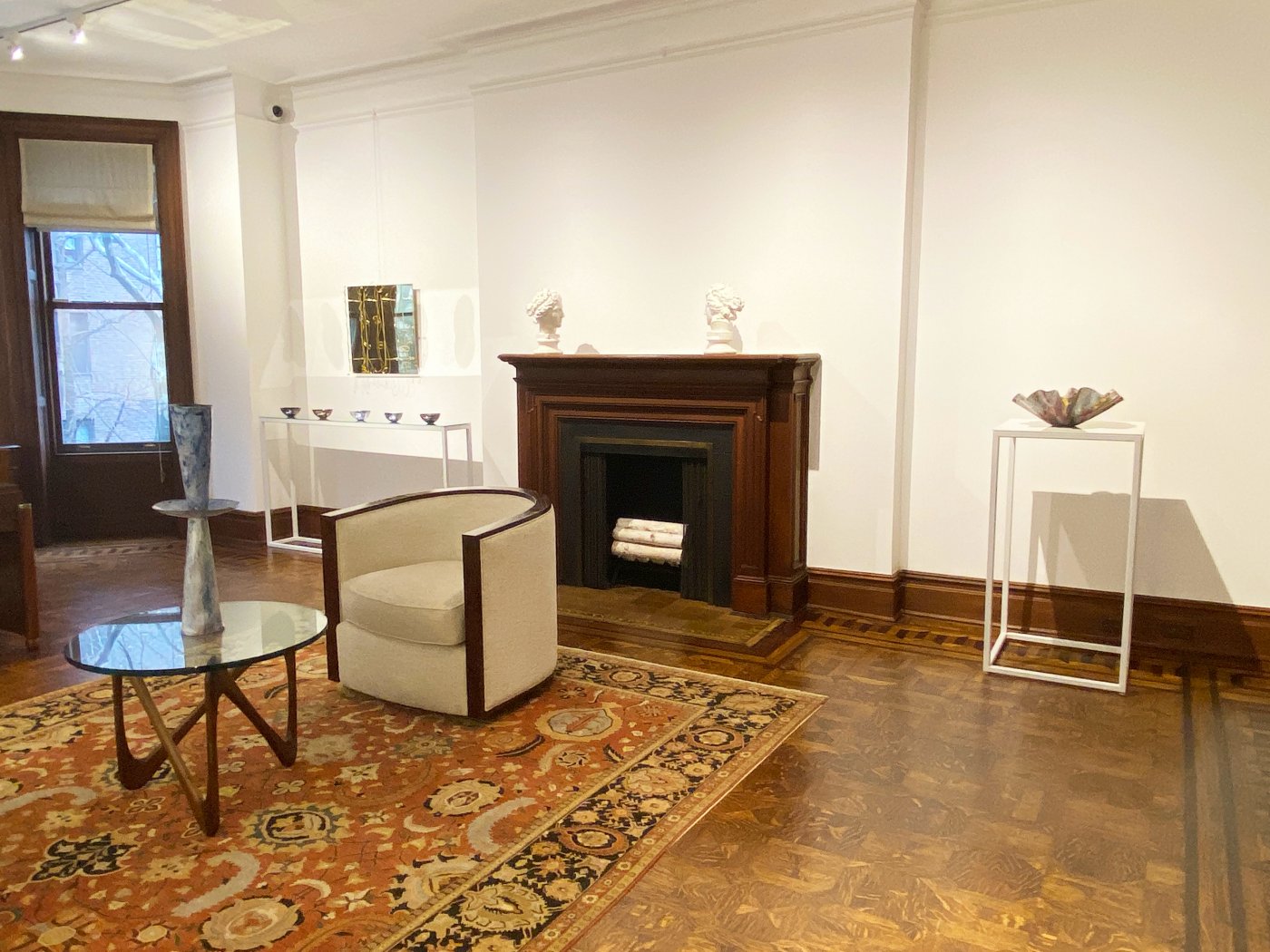 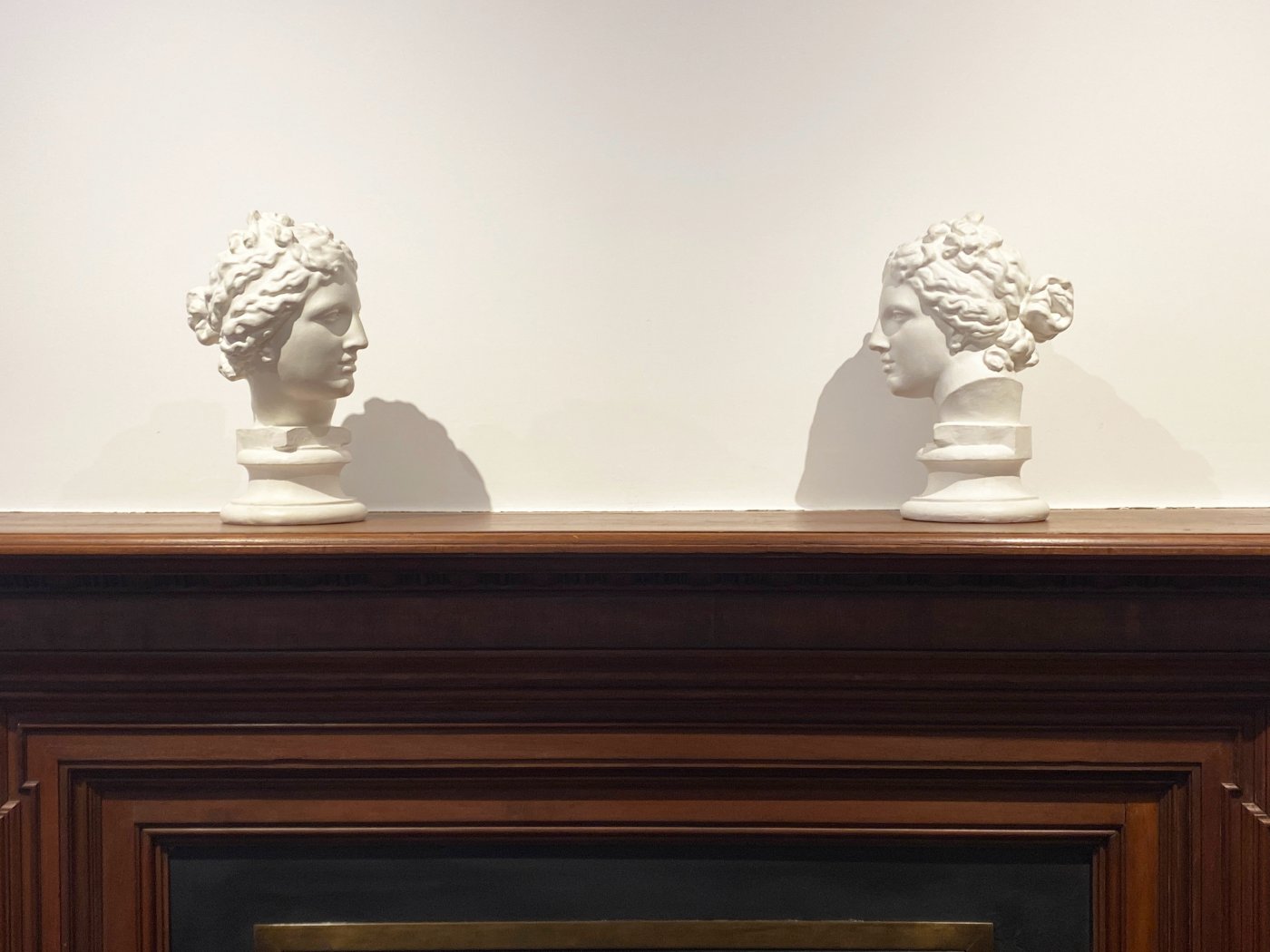 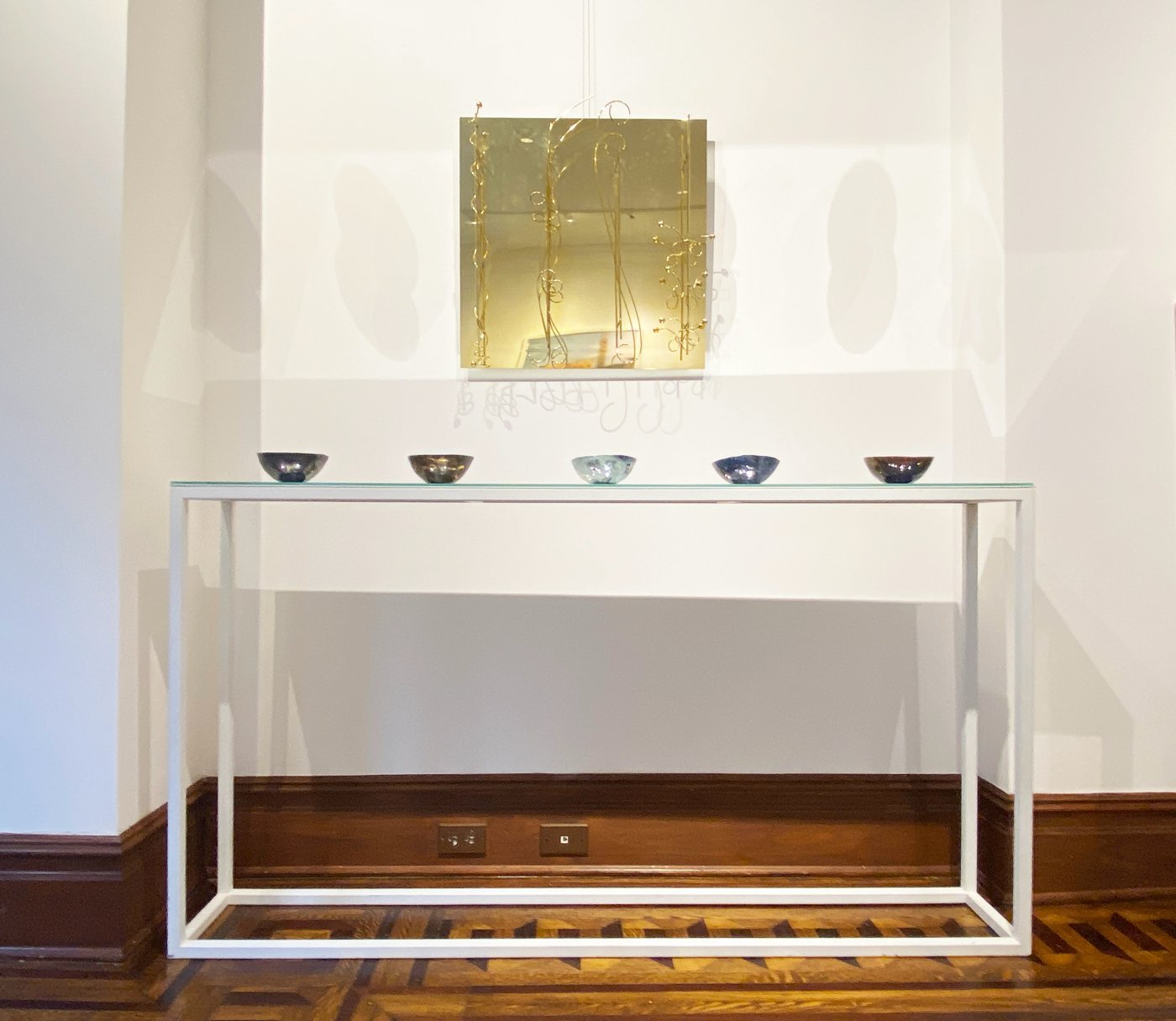 Guided by his lifelong interest in musical structure, Fausto Melotti’s work explores classical principles of harmony and balance. In his Untitled (1973), vertical armatures suggest the bars of sheet music – Melotti was a trained classical pianist– while coiled wires conjure musical notation and improvisation. While known for his metal sculpture, Melotti was equally comfortable in a range of media, notably ceramics. He belonged to a generation of Italian artists – including Lucio Fontana with whom he shared a kiln – who viewed ceramics as an Italian art form with ties to ancient Roman and Etruscan culture. His striking ceramics of the postwar period, such as Cartoccio (1960s) attest to his continual reworking of artistic tradition.

The question of tradition is central to Giulio Paolini’s Mimesi (1975), in which two plaster casts of the head of the Medici Venus in the Uffizi Gallery, Florence—an often copied Hellenistic marble sculpture of the goddess Aphrodite—face one another. Mimesi’s act of doubling acknowledges the lost Greek original, known only through its Roman copies, and the tradition of artistic appropriation. In observing Paolini’s copies of copies, the spectator is asked to reflect upon his or her own act of looking and distance from the past.

Bernhard Hildebrandt addresses our relation to historical images in a series of photographs based on Venetian late Renaissance and Baroque paintings and engravings. He photographs these source images with his camera in motion, thereby creating distortion through the movement of his lens. Hildebrandt’s The Bucintoro at the Molo on Ascension Day (2018), for example, is based on Canaletto’s 1745 work of the same name in the Philadelphia Museum of Art. Canaletto’s paintings came to define travelers’ romantic stereotypes of Venice, but in Hildebrandt’s image the details that anchor the original painting – gondoliers, a portrait of the Doge with his entourage – become blurred and abstracted. Hildebrandt thus questions how we see such historical images, and destabilizes the cliché of ‘beautiful Venetian cityscapes.’