Virginia Chihota: Whose Am I? I Am Not My Own (Ndiri Waani? Handisi Muridzi Wangu)
Thu 14 Jan 2021 to Sat 27 Feb 2021
temporary closure
Artist : Virginia Chihota 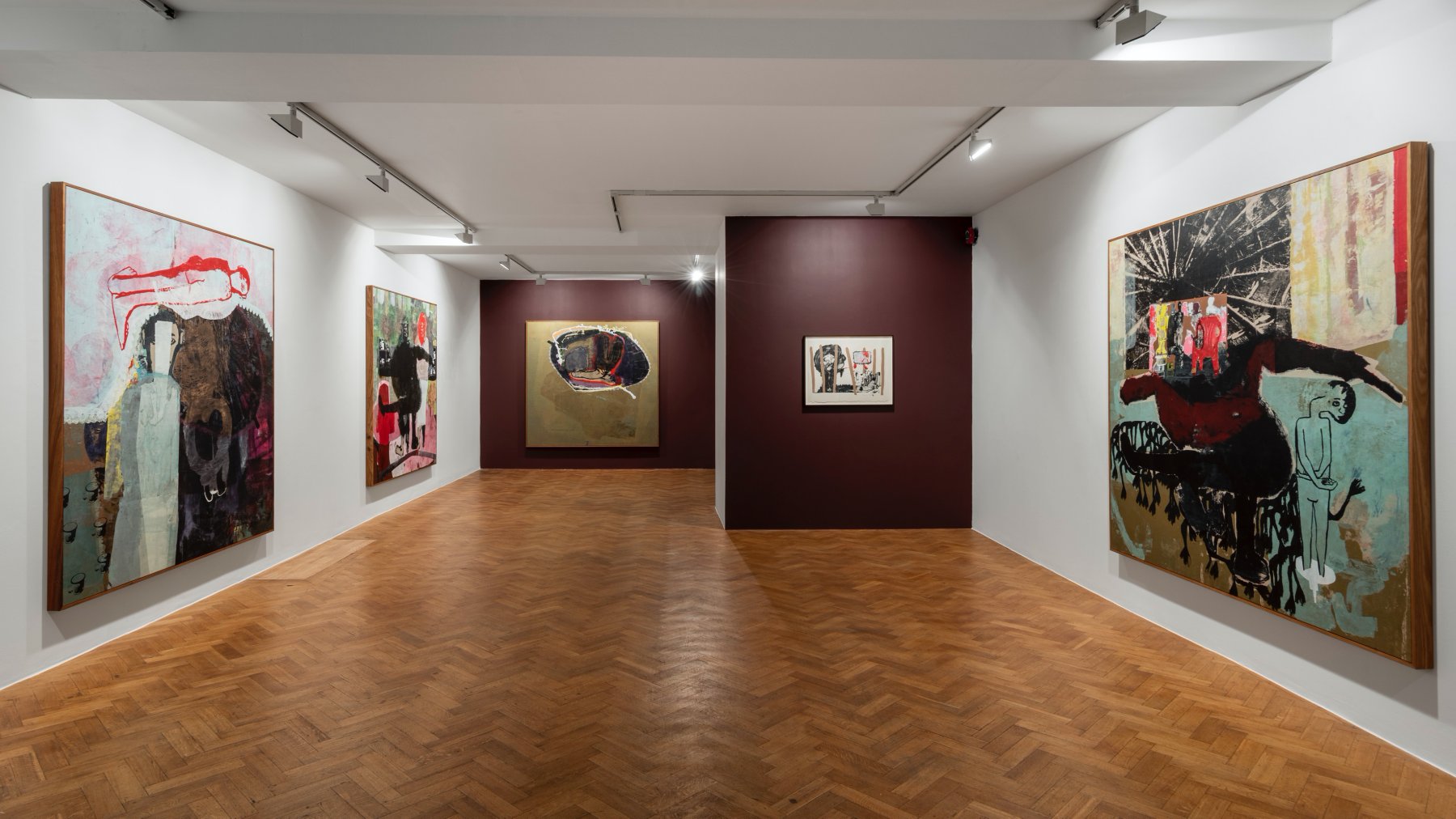 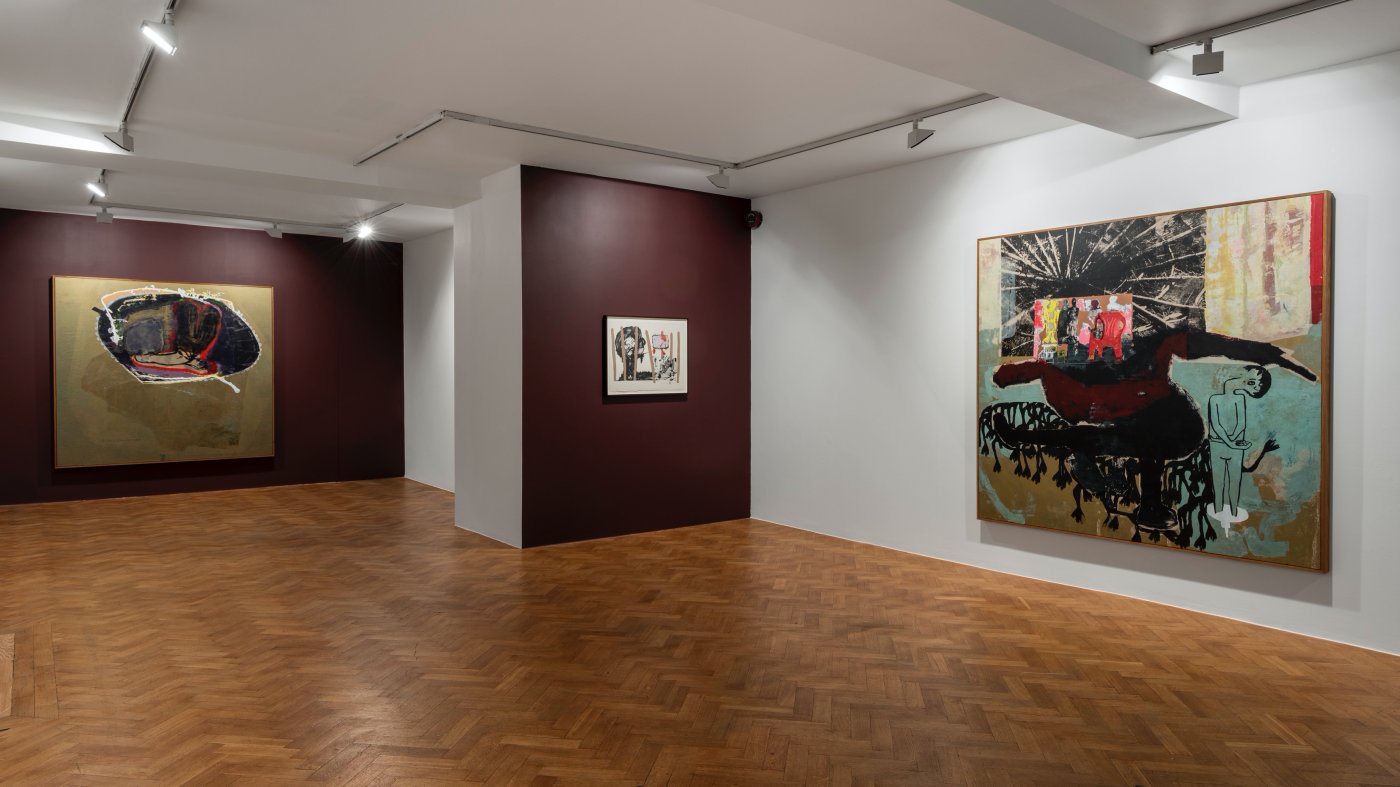 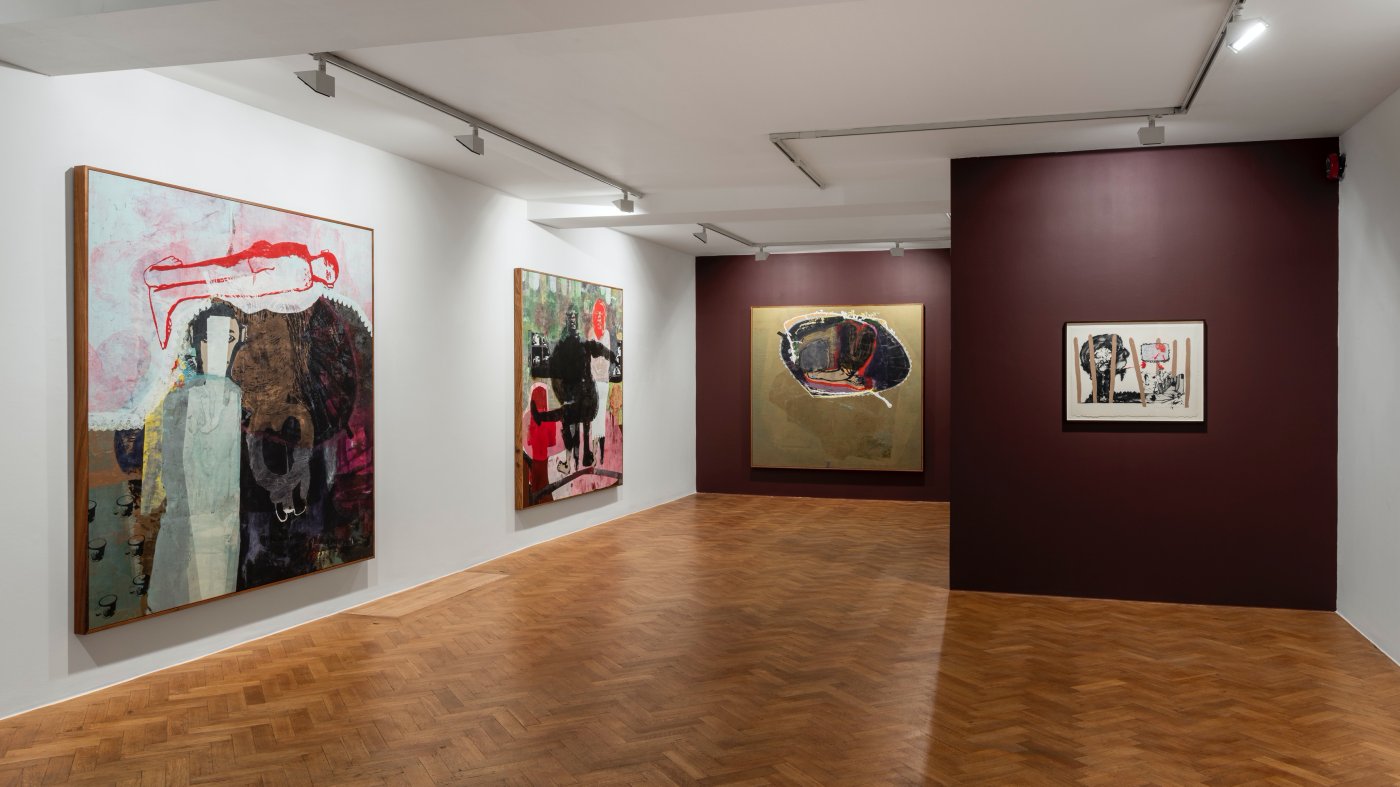 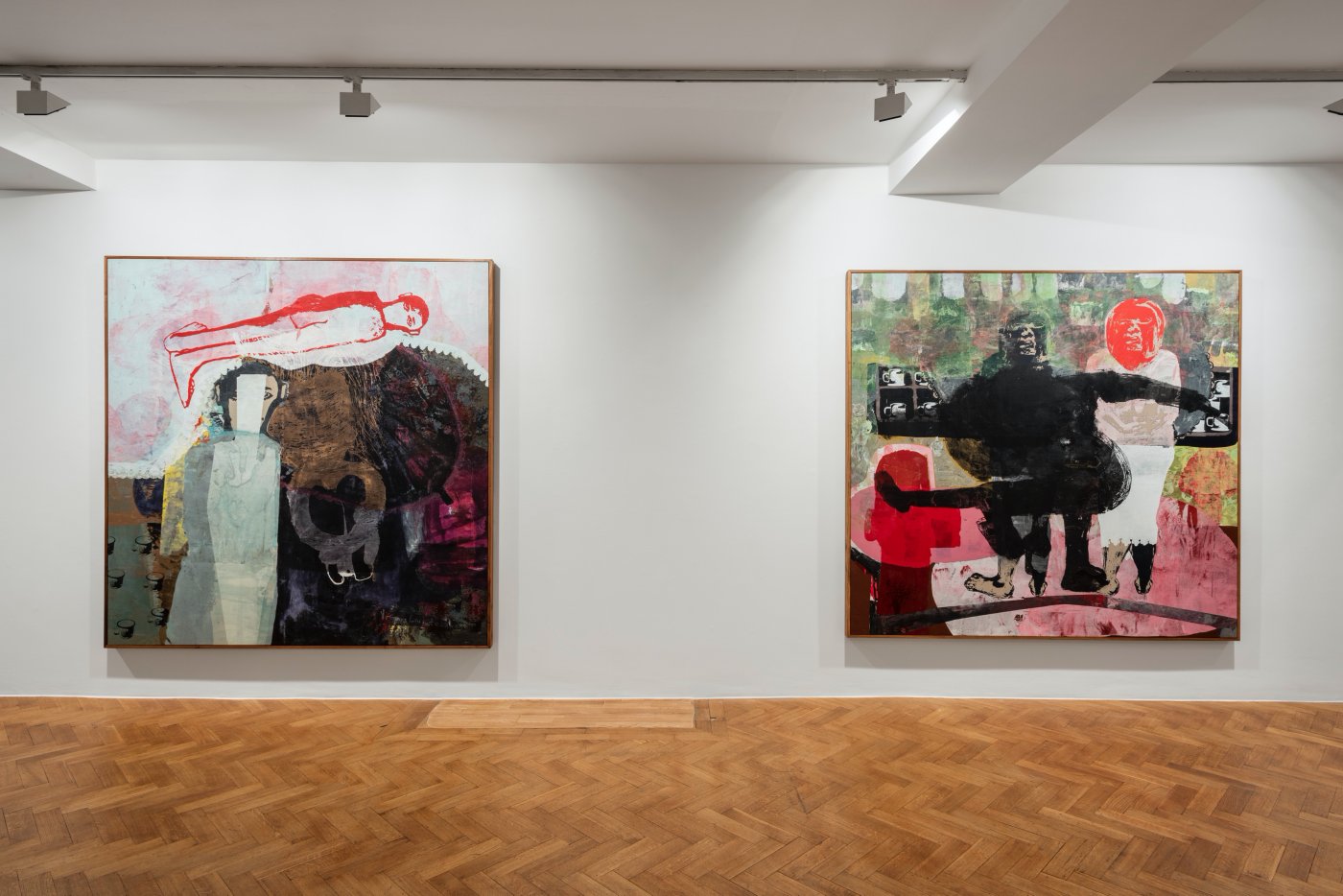 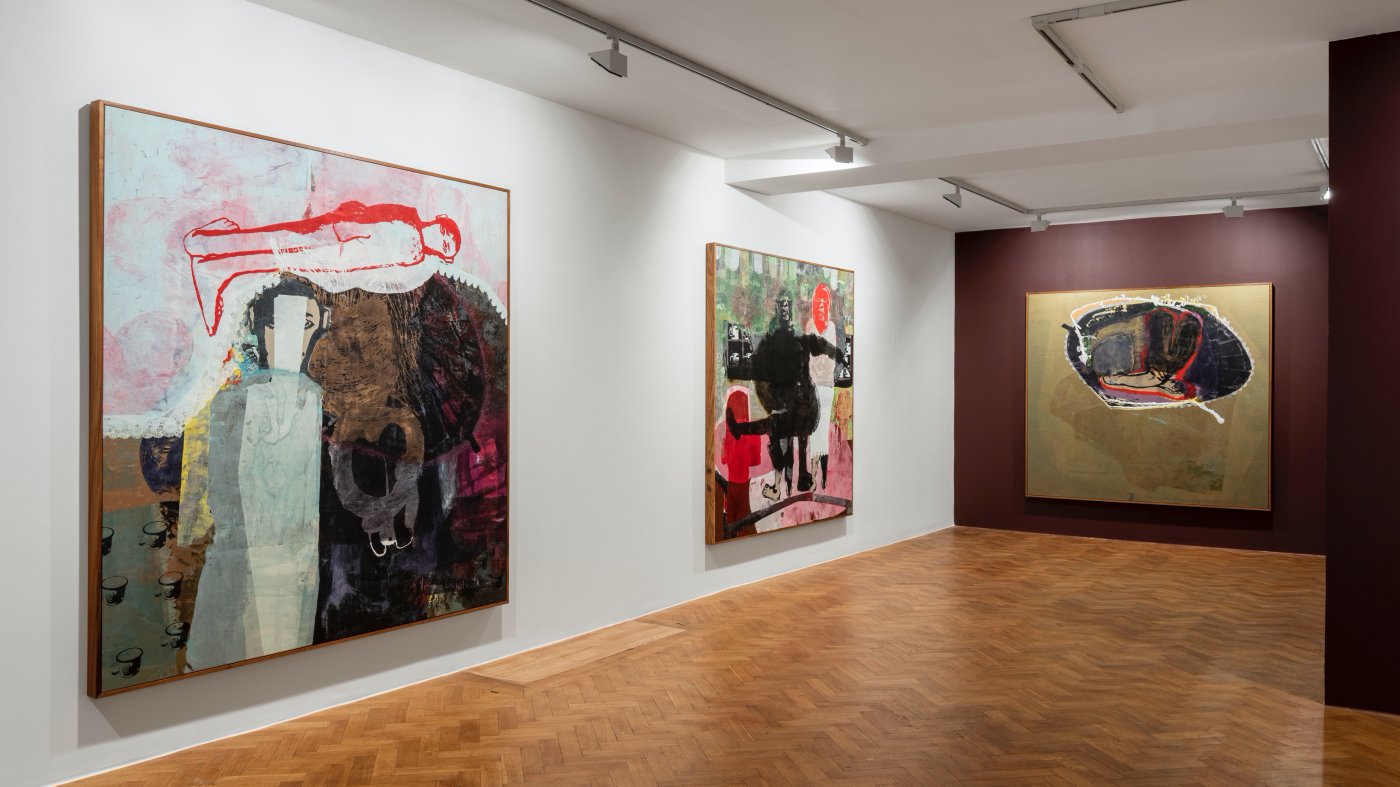 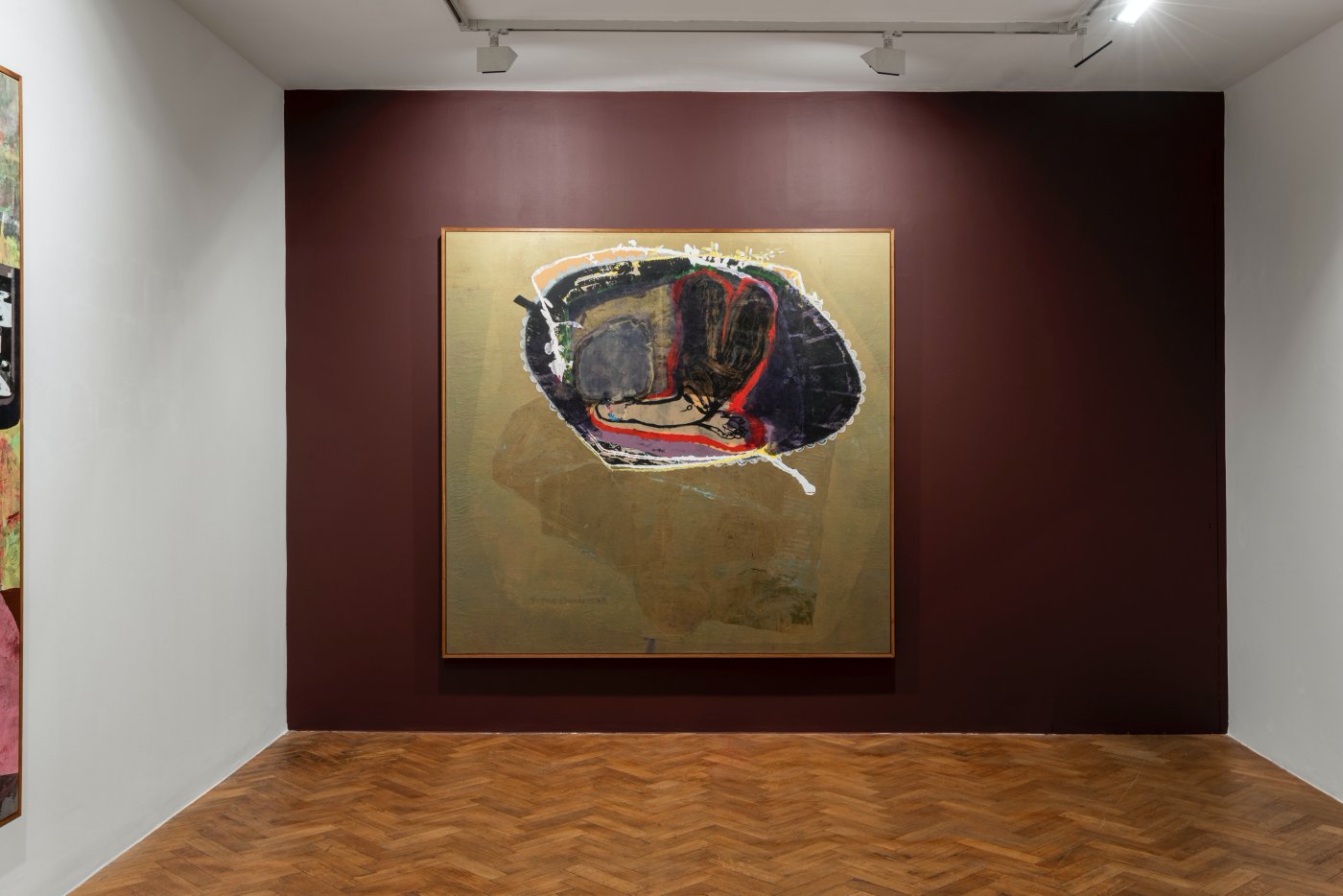 The presentation coincides with a forthcoming commission for Opera de Paris’s production of Aida by Giuseppe Verdi scheduled to open to the public in Paris, France in February 2021.

As part of the ‘In Conversation’ video series, in February the gallery will publish a talk between the artist and gallery curator Adelaide Bannerman.

Whose Am I? I Am Not My Own or Ndiri Waani? Handisi Muridzi Wangu in the Shona language of Zimbabwe continues the artist’s deeply personal meditations on belonging, memory, origin and selfhood. In this series, Chihota pieces together affecting vignettes from her early years or “elements that seem not to vanish from my memories when I think of my childhood.” The artist draws on domestic and spatial experiences of expansive kinship networks peculiar to the social construction of family membership and collectivistic parenting in Zimbabwe.

Growing up in a multi-generational setting, Chihota’s paternal and maternal aunts and uncles – both by blood and in-law – were addressed as ‘Amai’ (mother) or ‘Baba’ (father). “My own mother and father died before they had built their own place at the family compound in the countryside yet there was one place that always welcomed us,” says Chihota who considers one particular cherished place in the series – a kitchen and its thatched ceiling belonging to one of Chihota’s mothers. Seen as the nucleus of all family activity or as the artist deems it – “the embassy of the family, Chihota marks the kitchen’s importance as an all-encompassing space of security, comfort and bounty, a locus amoenus where wedding ceremonies were staged including her own, family matters discussed, discipline carried out and where funerals began. “Under the same ceiling my father and mother spent the night in this house while people sang for them before burial the next day, “says Chihota. After their passing, she still had people around her to address them just as she would her own parents who gave birth to her. “The people around us also continued to embrace and support us.”

When human forms appear in this series, they may be considered representations of a philosophical confrontation with the self – an enduring theme in Chihota’s work. In this series, this confrontation posits the collectivist and extra-legal realities of Shona parenting against the privileges and supremacy of biological parenthood understood throughout the world. With this in mind, Chihota explores how and if belonging is ever determined and its relationship to self – using her present and earlier circumstances as source material. “After all my thoughts, now can I clearly say whose child I am? I believe there is more to whose child we all are,” she says.

In Kana kuterera kuchikunda chibairo ndiani achagamuchira chibairo, Chihota explores obedience and sacrifice on paper. “I often hear people speak about the sacrifices they have done or how we have had to give up certain things because of our love for our families or partners thinking that our gesture of sacrifices will make them happy, yet they are not happy. While obedience may outweigh sacrifice it seems to be difficult to attain because our surroundings request sacrifice more than obedience” she says. The works in this series present her battles in reconciling obedience and sacrifice – a stark cognizance following personal experience`. The title of the work thus she says poses a question in Shona: ‘when obedience is better than sacrifice who will accept sacrifice?’

Virginia Chihota was born in 1983 in Chitungwiza, Zimbabwe and currently lives and works in Addis Ababa, Ethiopia. In 2004 she graduated in Fine Arts at the National Gallery BAT Workshop School (now the National Gallery School of Visual Art and Design) and in 2006 she obtained a Diploma in Visual Arts from Harare Polytechnic. Chihota represented Zimbabwe at the 55th Venice Biennale in 2013 and was awarded the Prix Canson in the same year.

Over the past fifteen years, Virginia Chihota’s introspective work has been influenced by personal experiences – landmark and every day. In a reflection on intimacy and the human figure, she has addressed themes such as childbearing, childrearing, marriage, kinship, bereavement and faith. At once mundane and transcendental, rife with allusions to everyday life, and religious and folkloric symbolism, her large works on paper display a raw, expressionist verve and a striking grace in the elaborate use of patterns, textures and layers.

Having trained as a printmaker, Chihota’s use of screen-printing is as confident as it is original. She mixes printing techniques with drawing to produce unique works of striking formal complexity. They often depict the female form blending into near abstraction, and bodies caught in strange embraces evoking a figural union; along with an iconographic repertoire which points towards the domestic whilst emphasising connectedness and collectivity. Chihota’s work highlights the ways in which the female agency disrupts borders and activates concerns around different forms of belonging. Subjectivity emerges as a concept embedded in notions of interrelatedness.