GAVLAK presents Viola Frey: The Space Just Between: Sculpture and Works on Paper 1970 – 1989, a showcase of the astonishing range of an artist best known for her vibrant, monumental figures in clay. 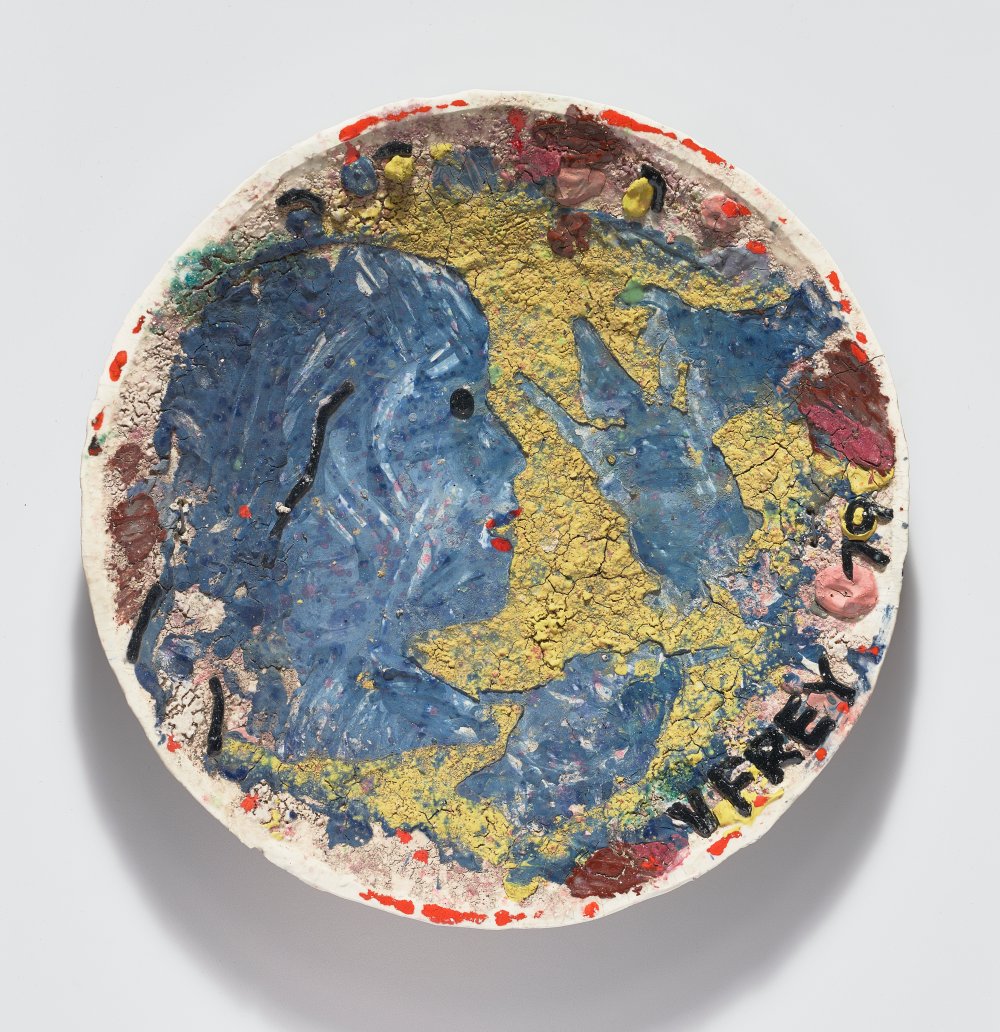 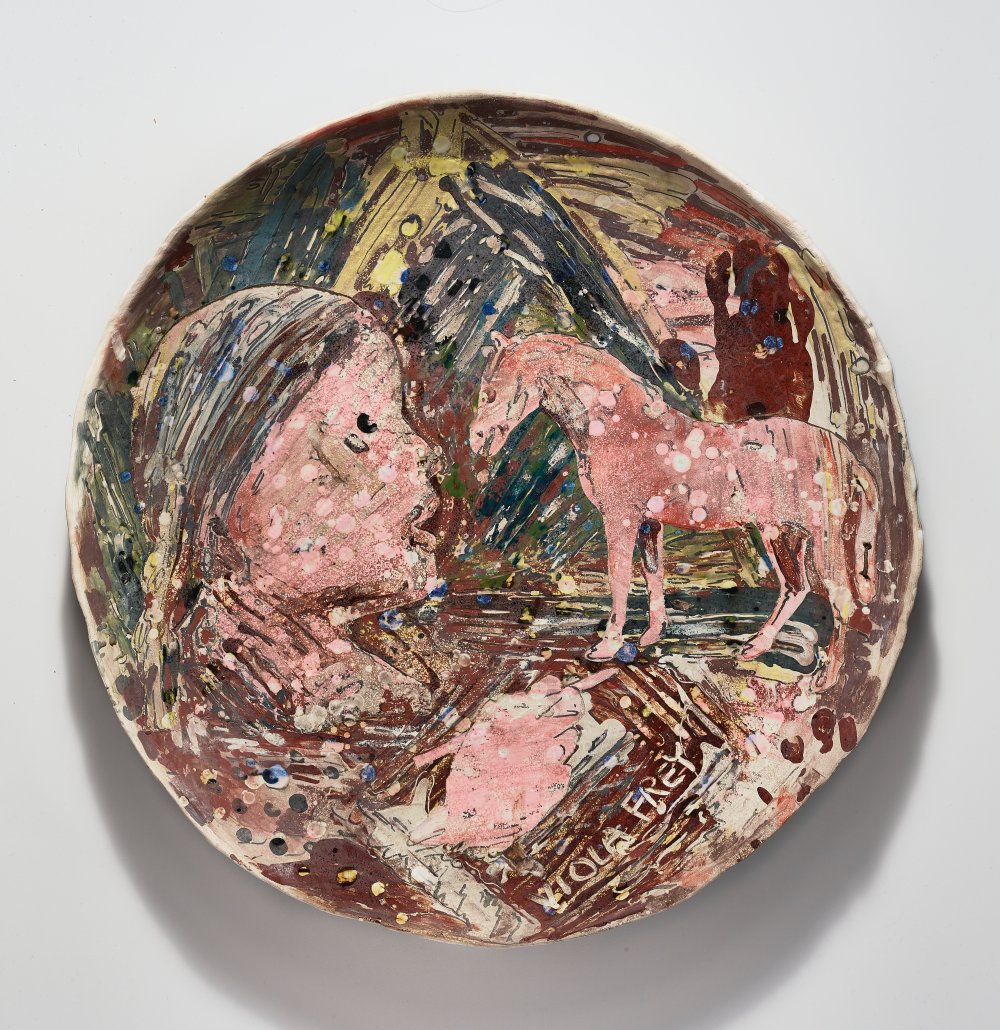 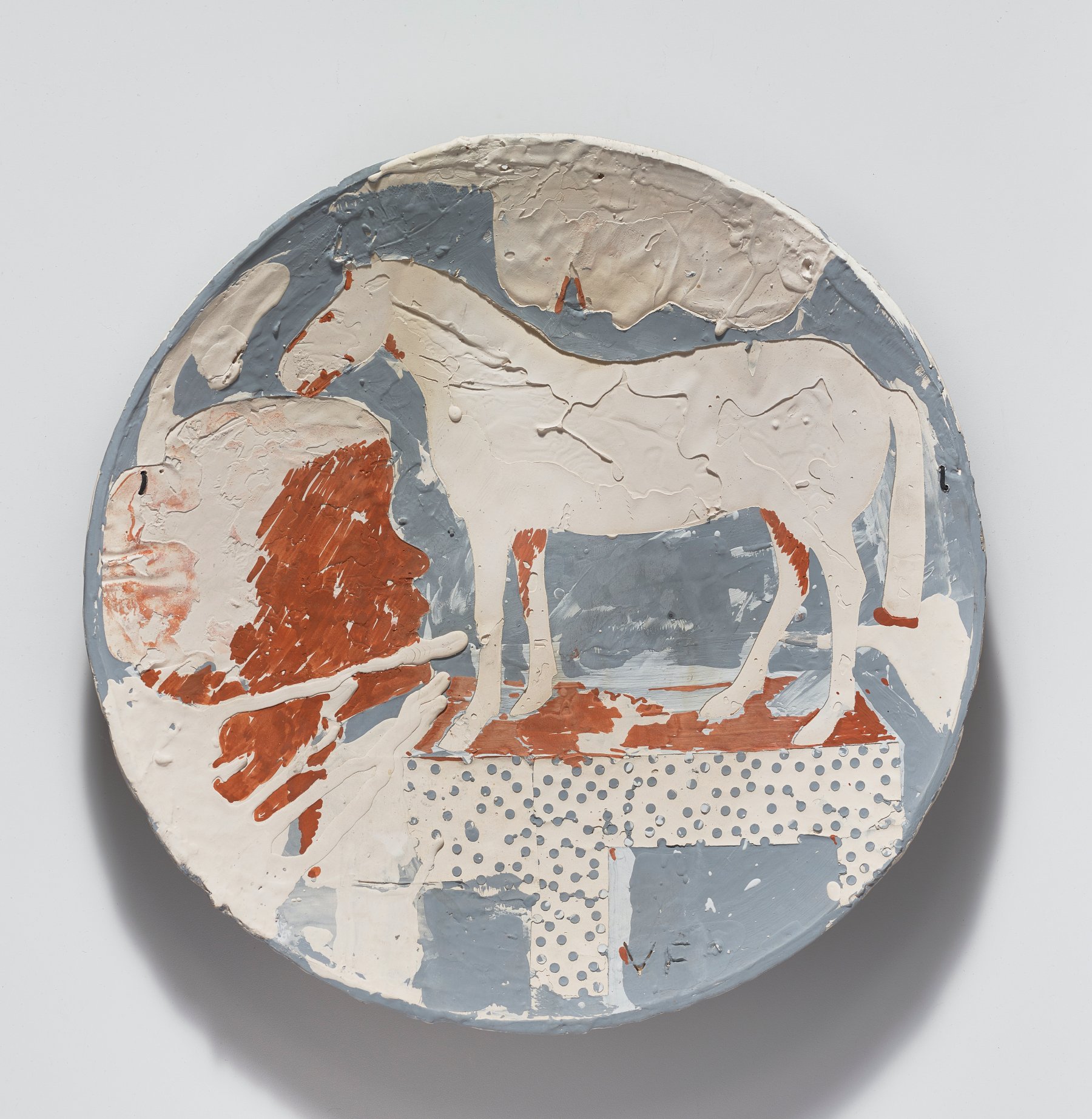 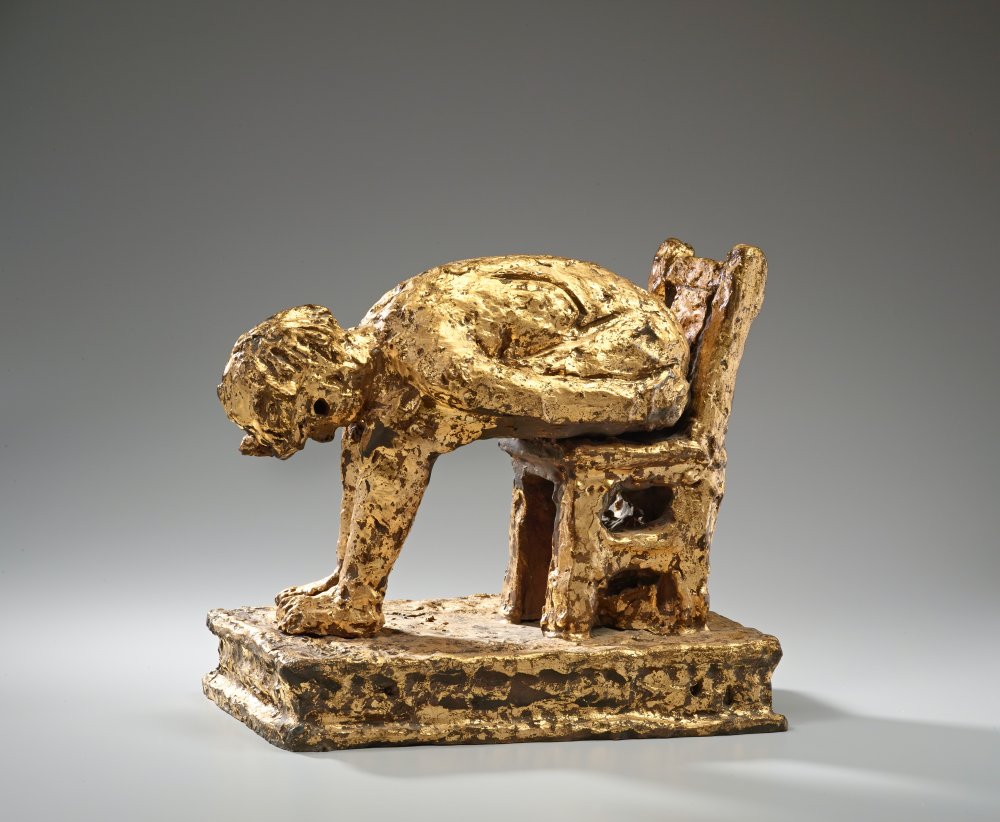 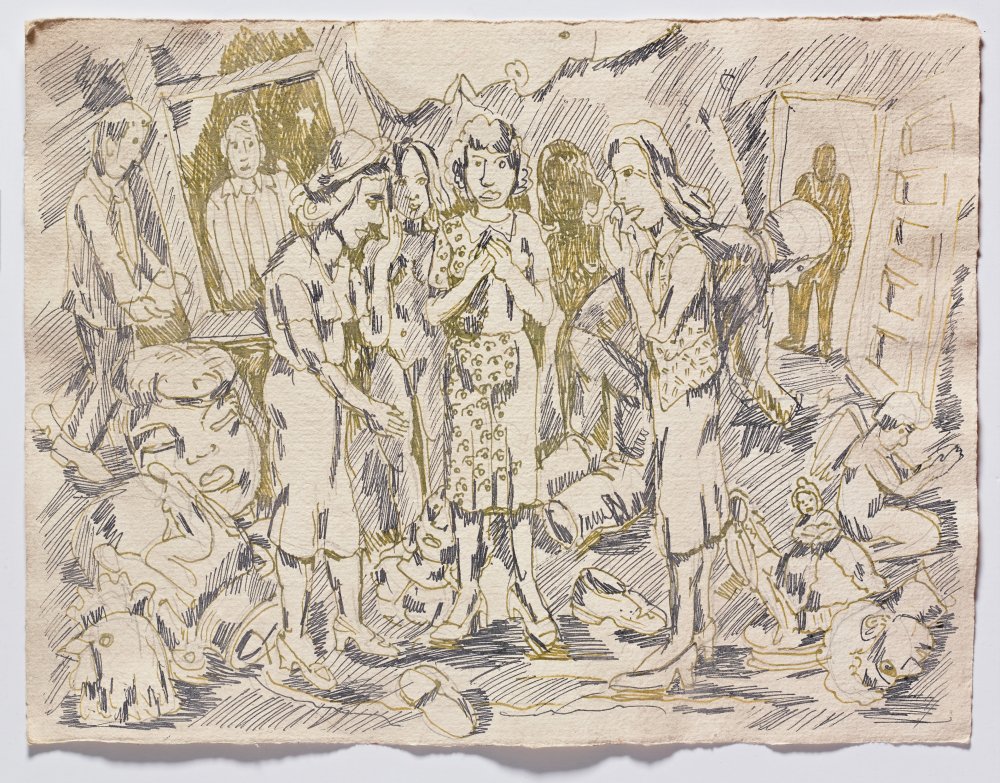 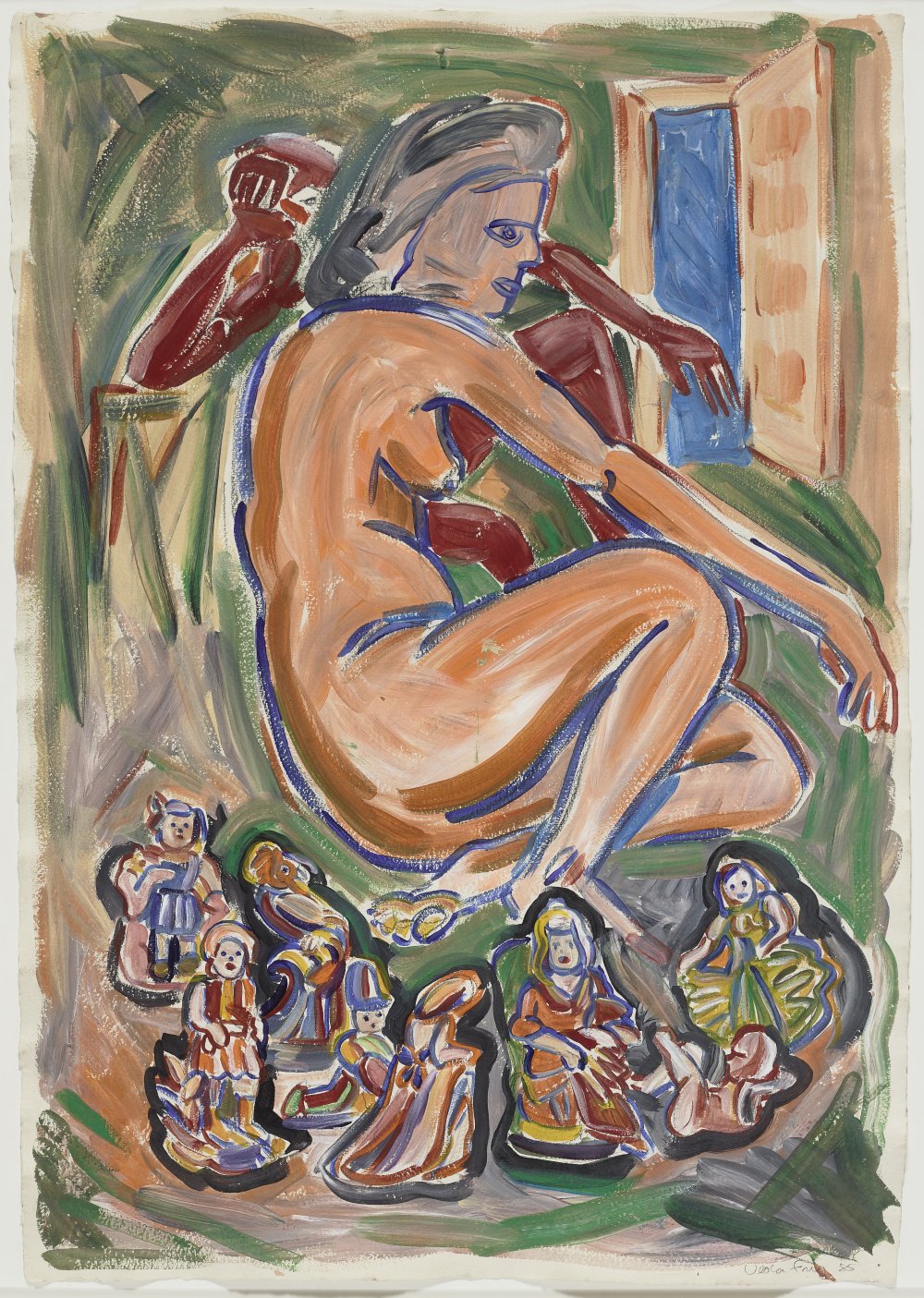 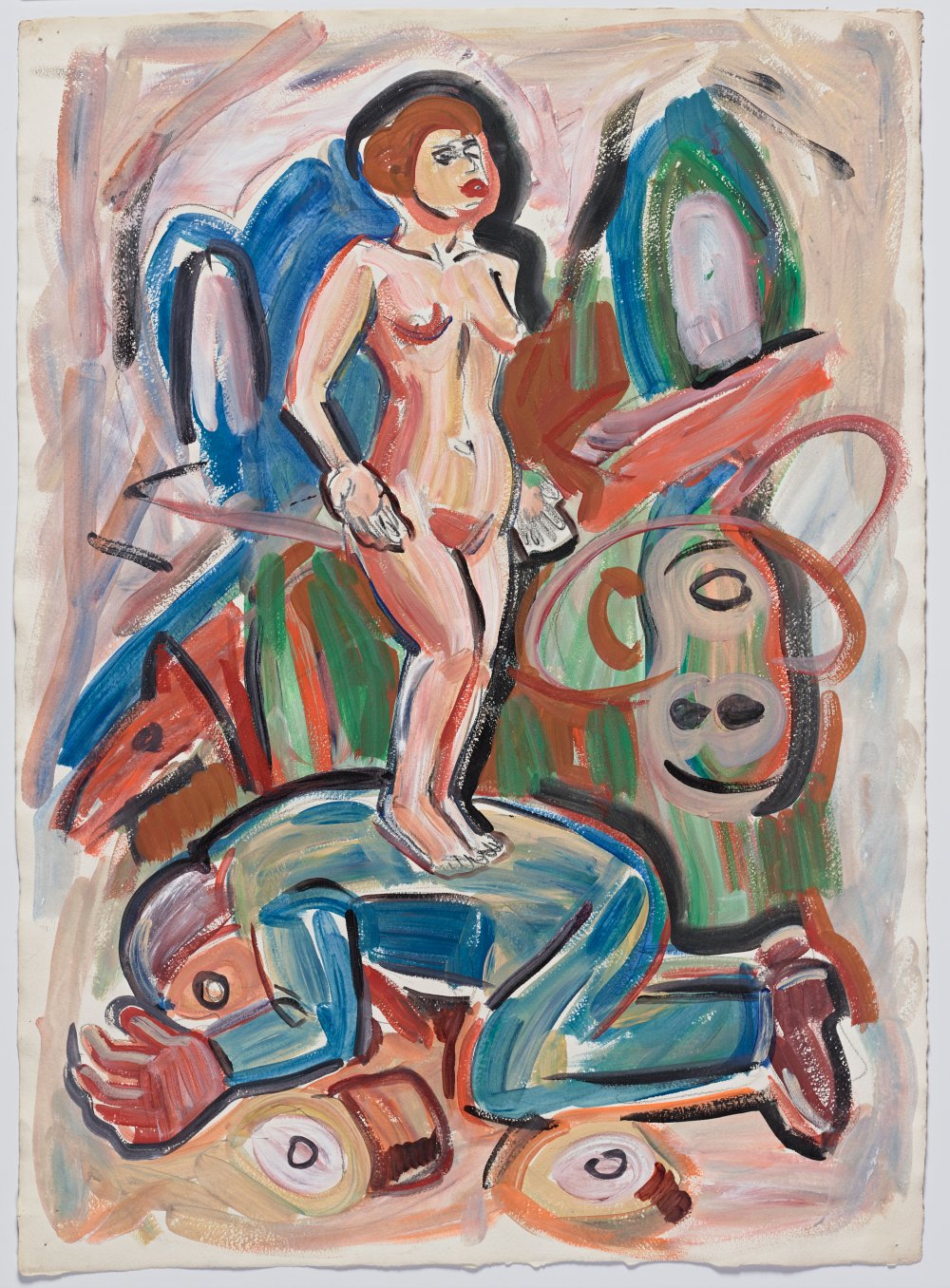 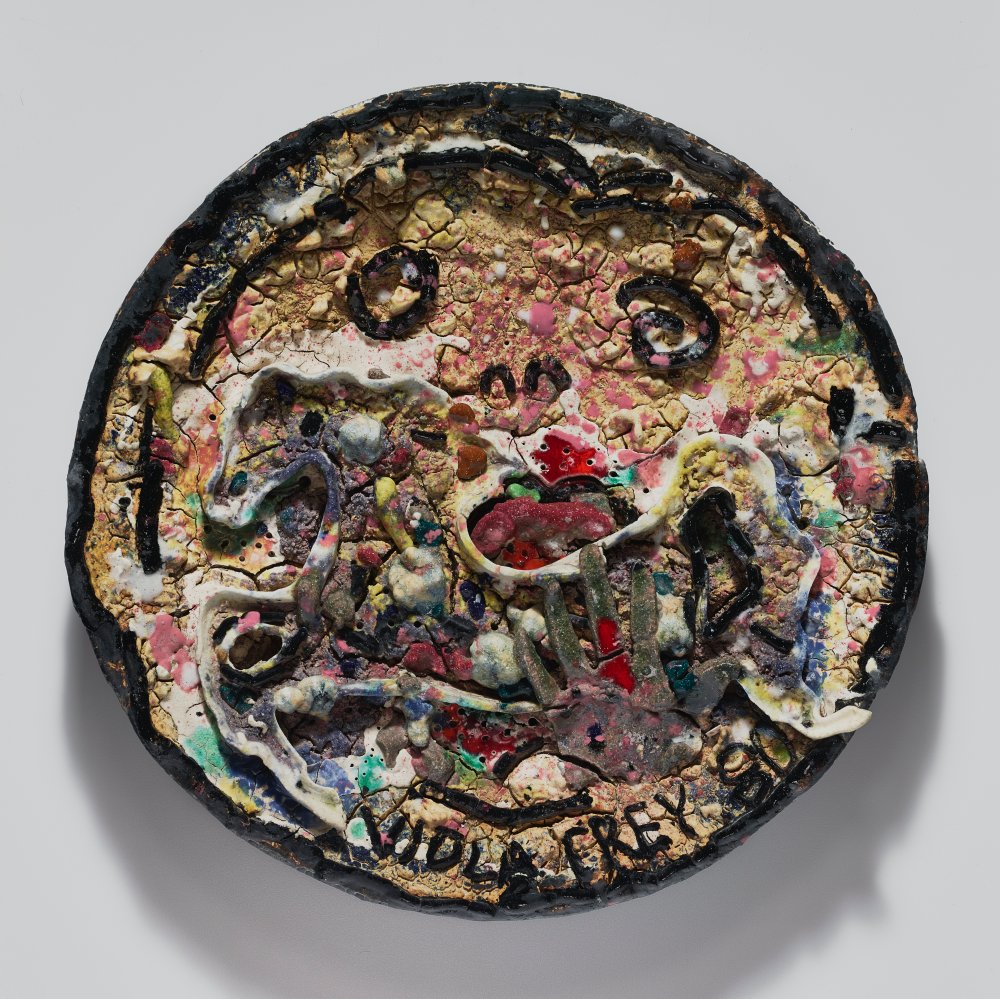 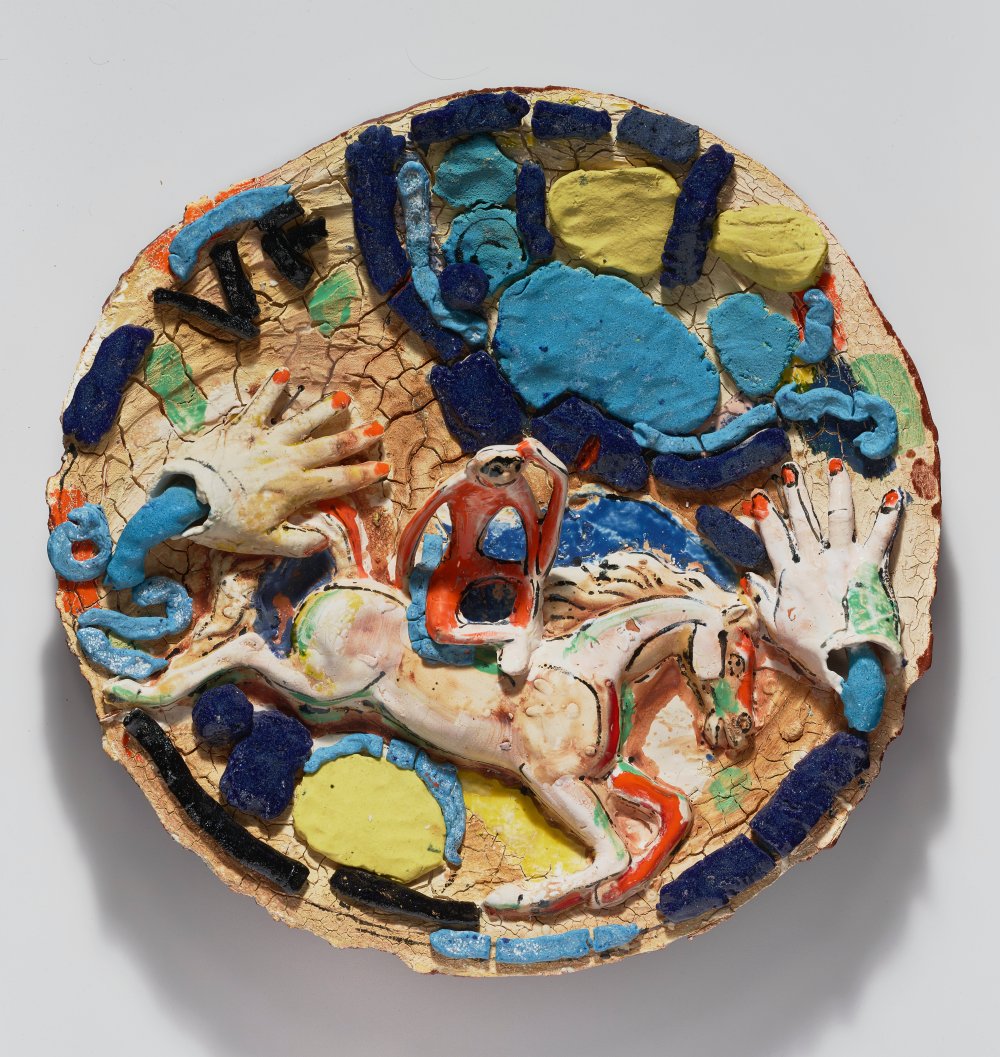 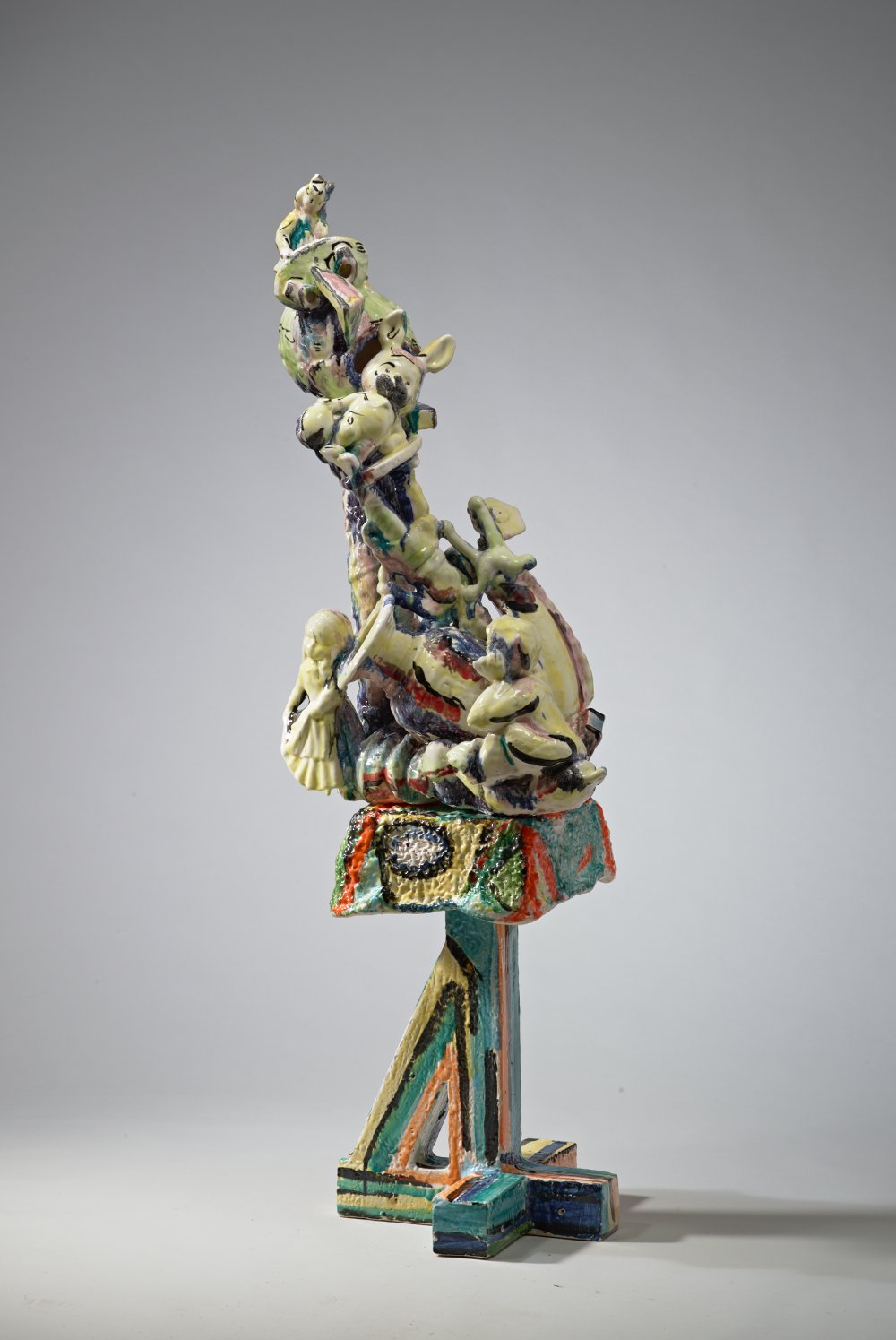 Viola Frey
Untitled (Bricolage with Head on Pedestal and Bunny), 1982-1987 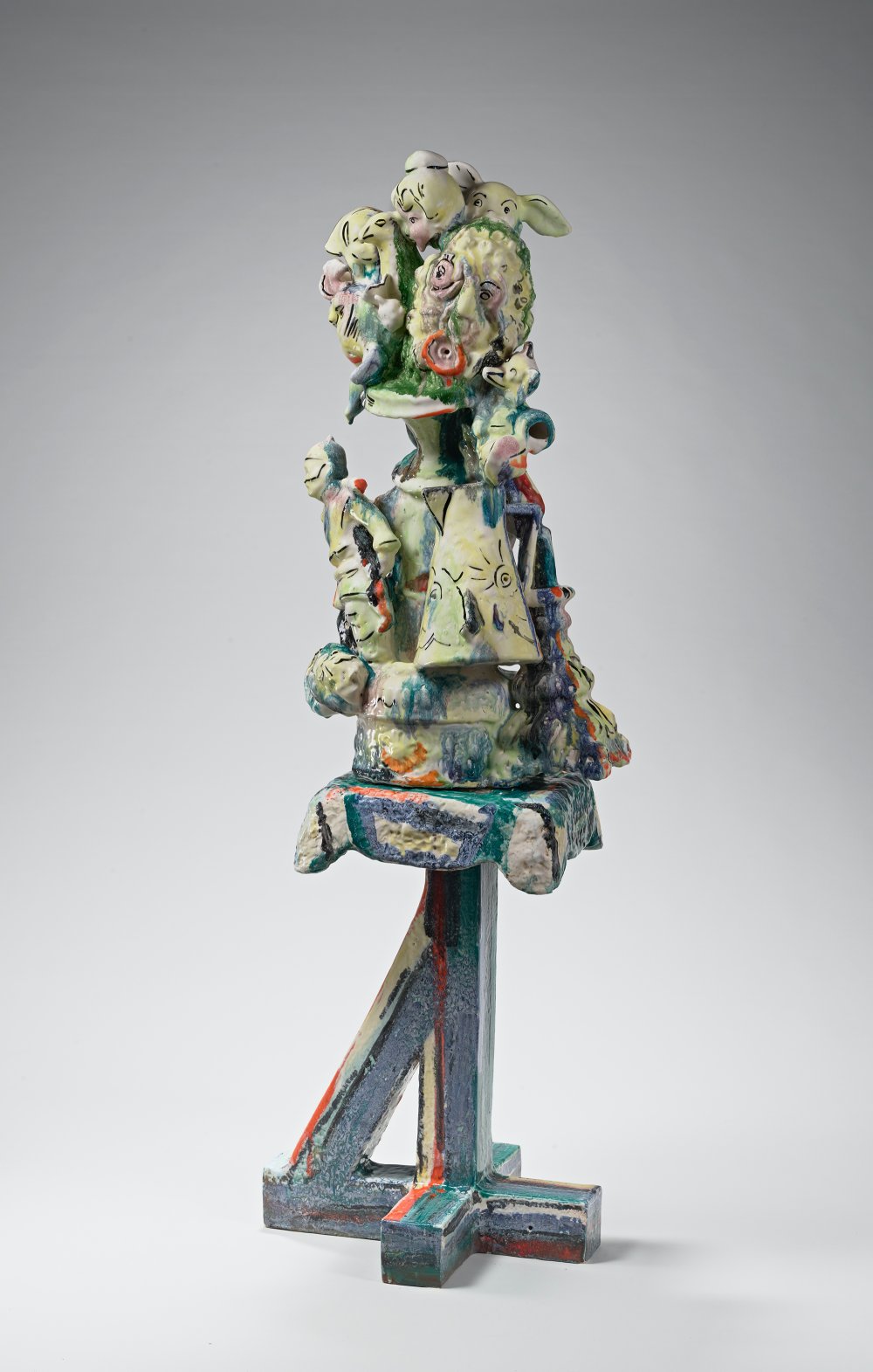 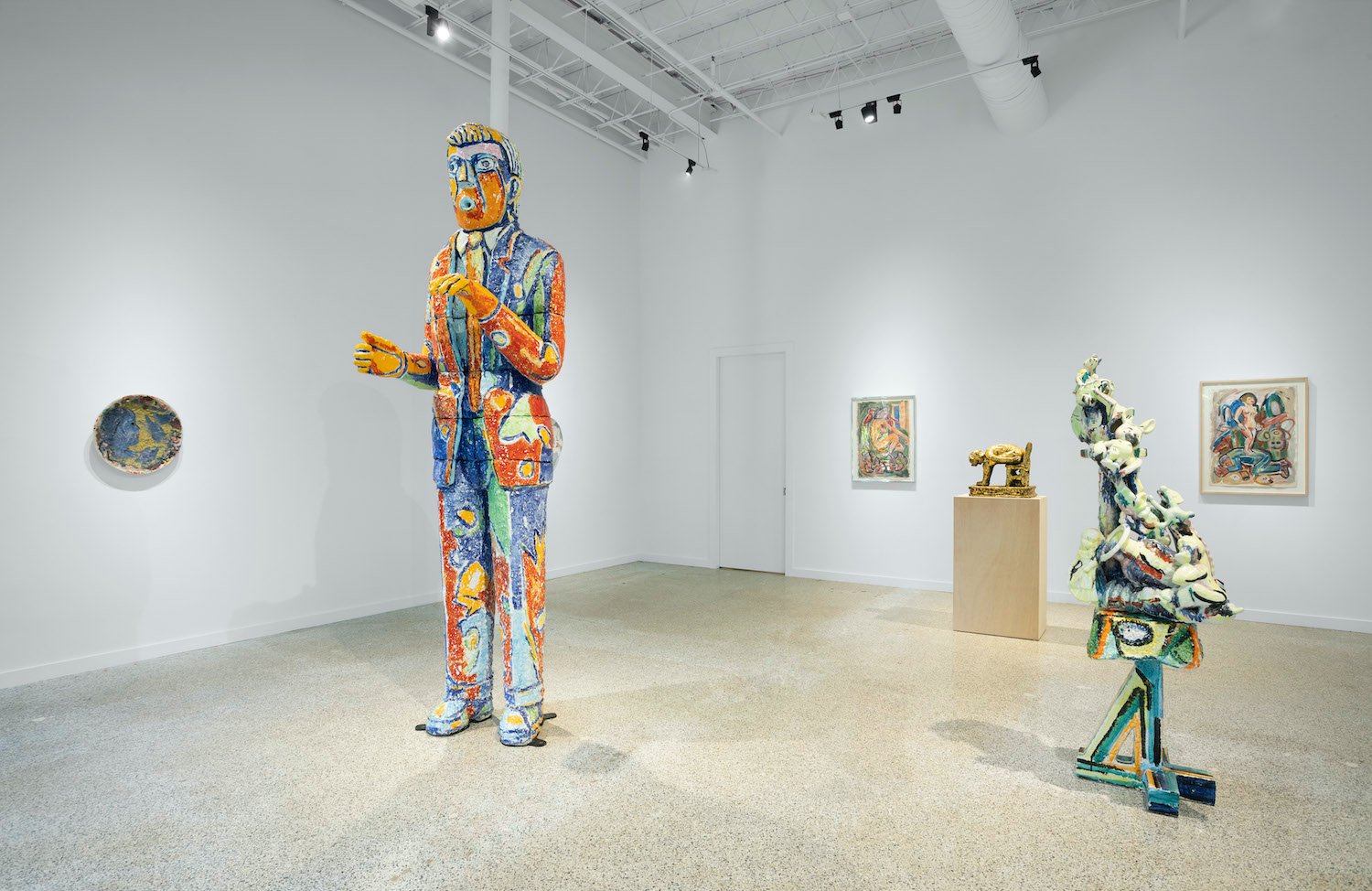 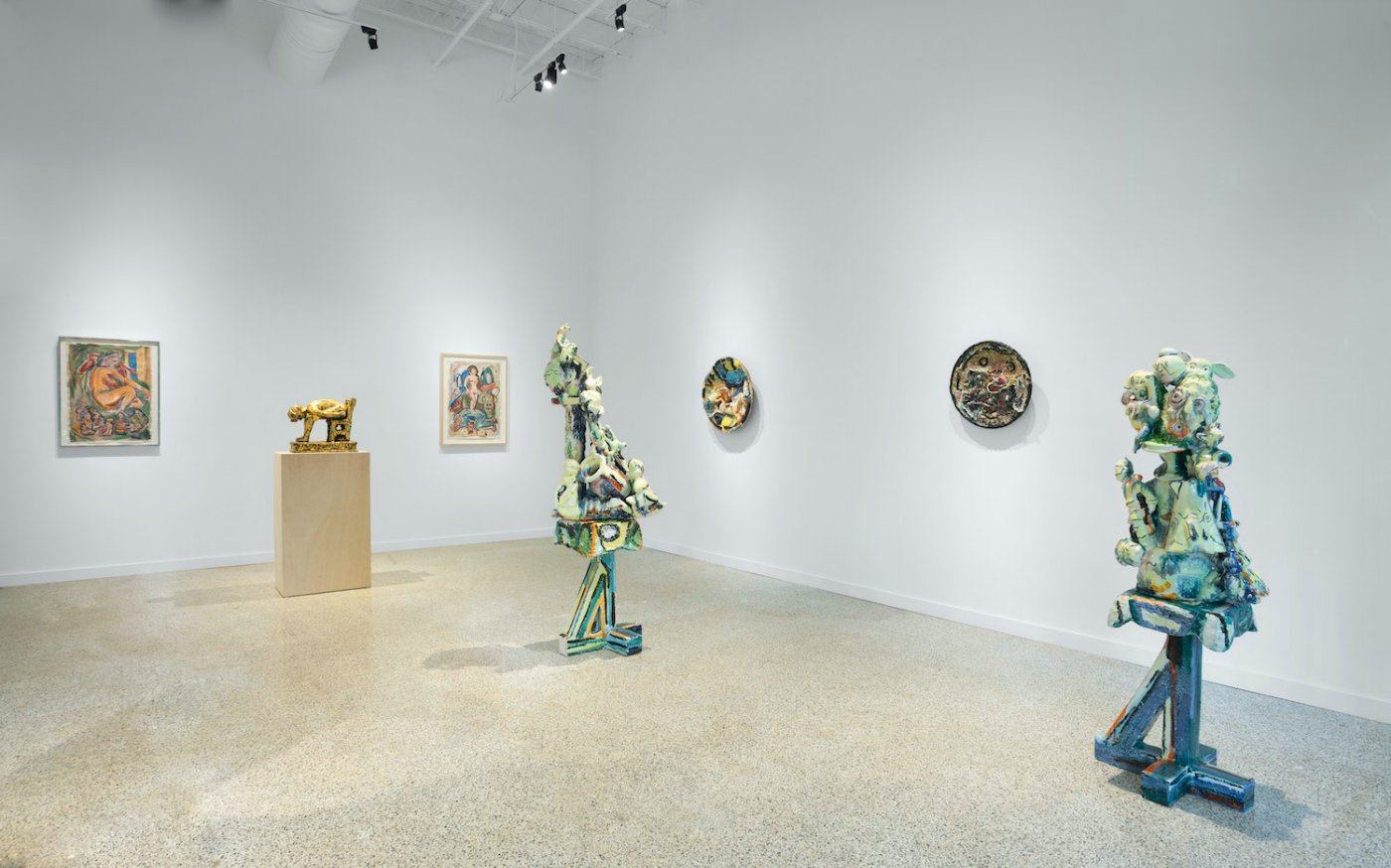 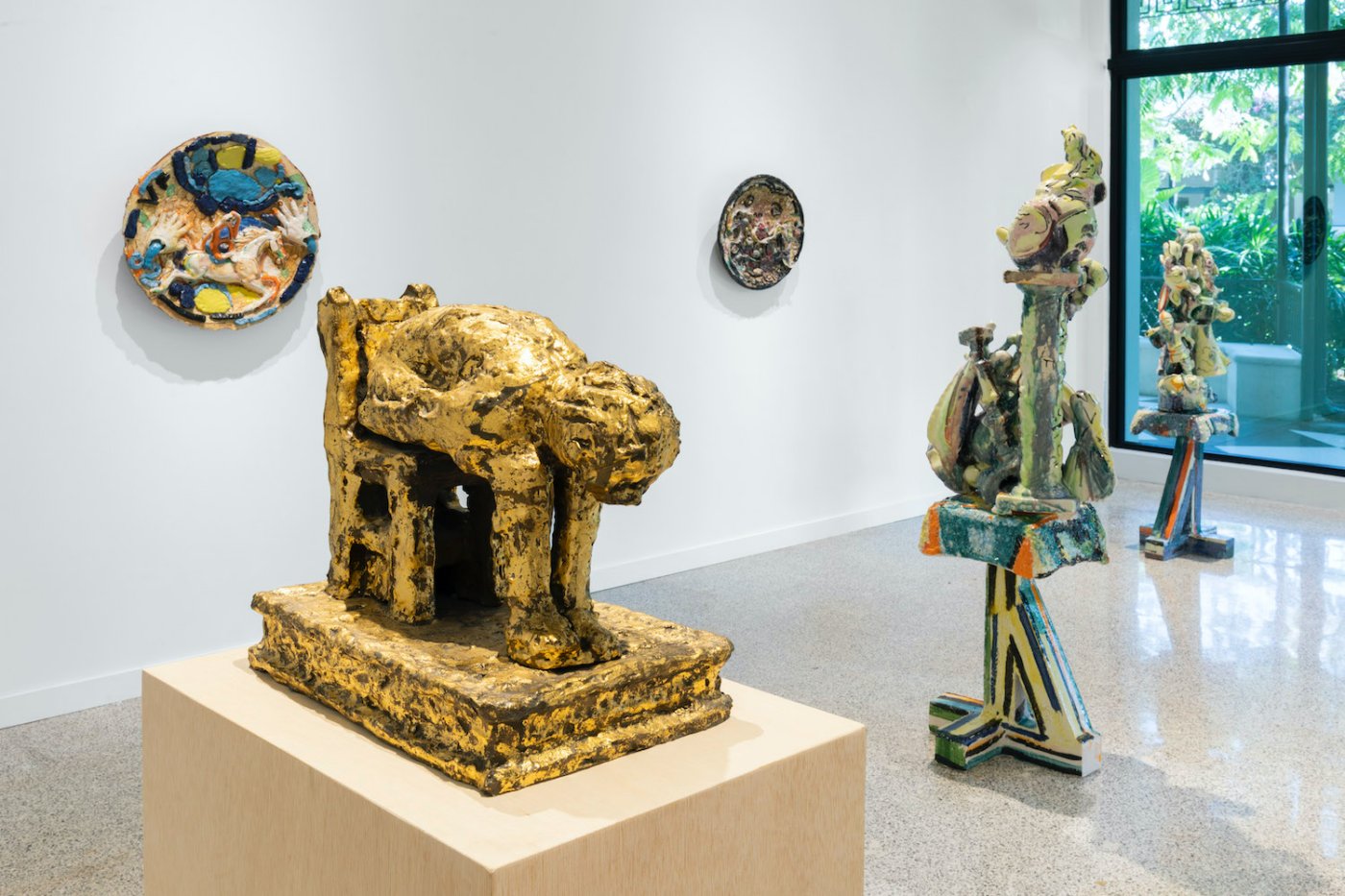 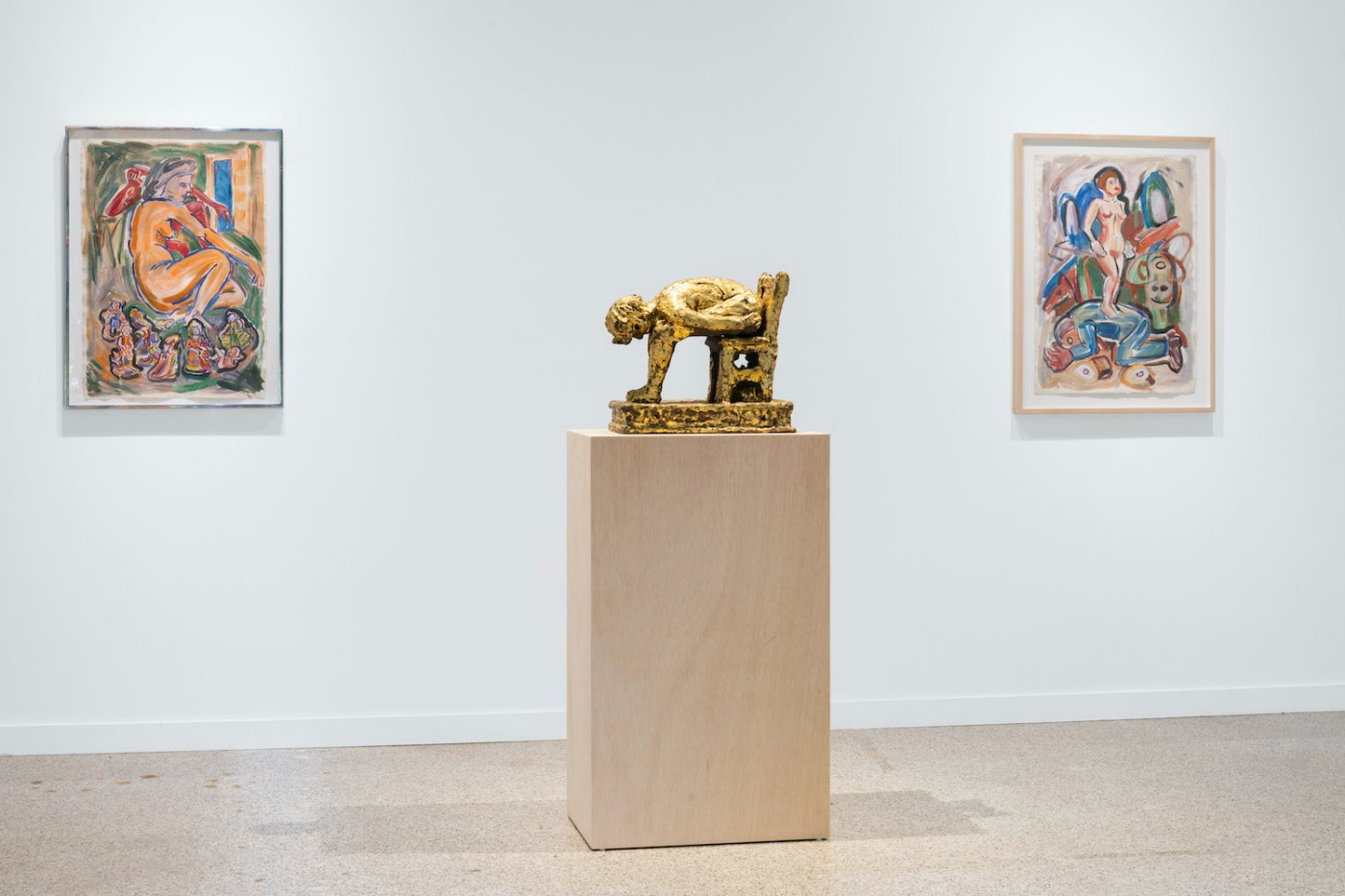 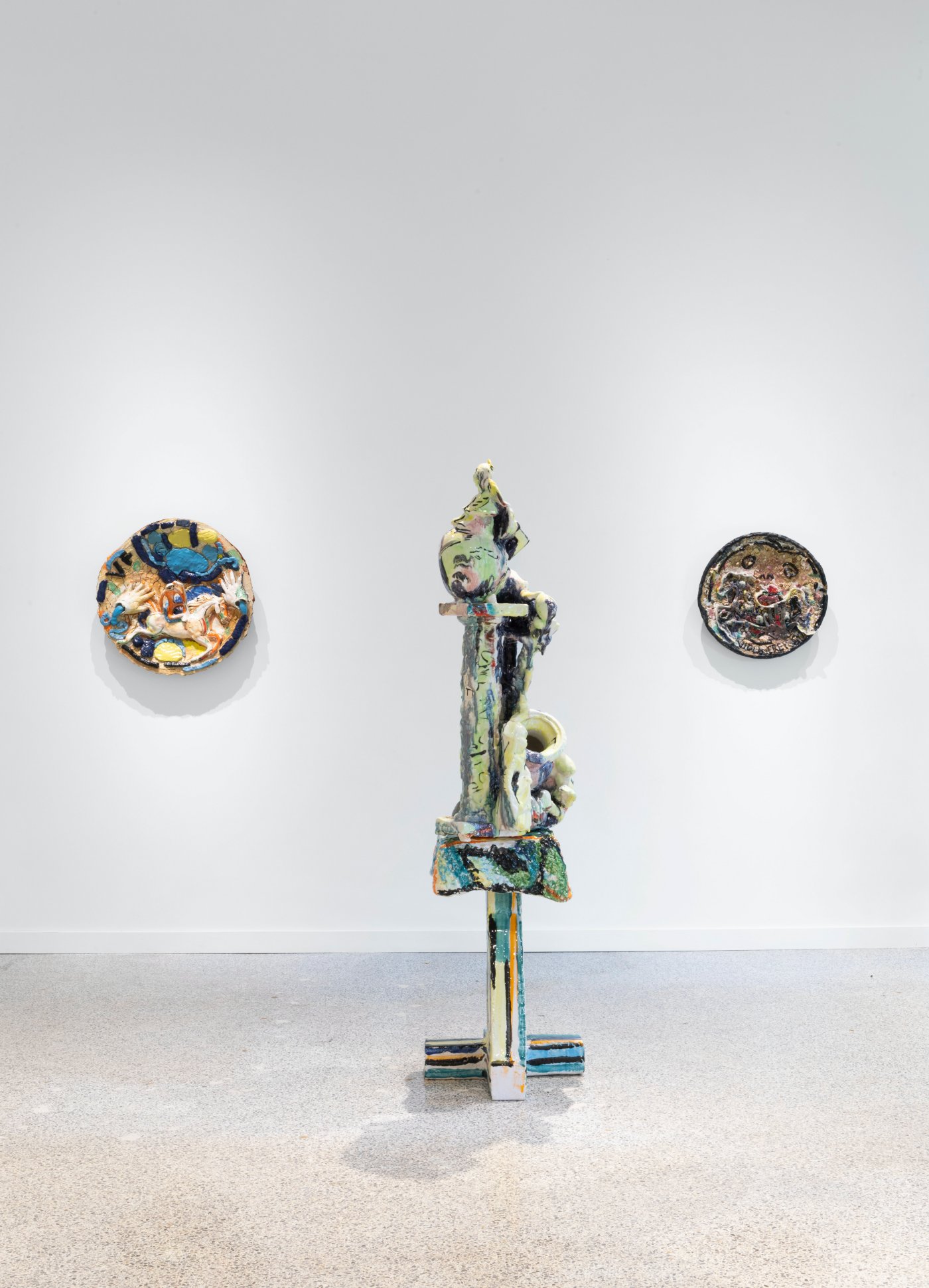 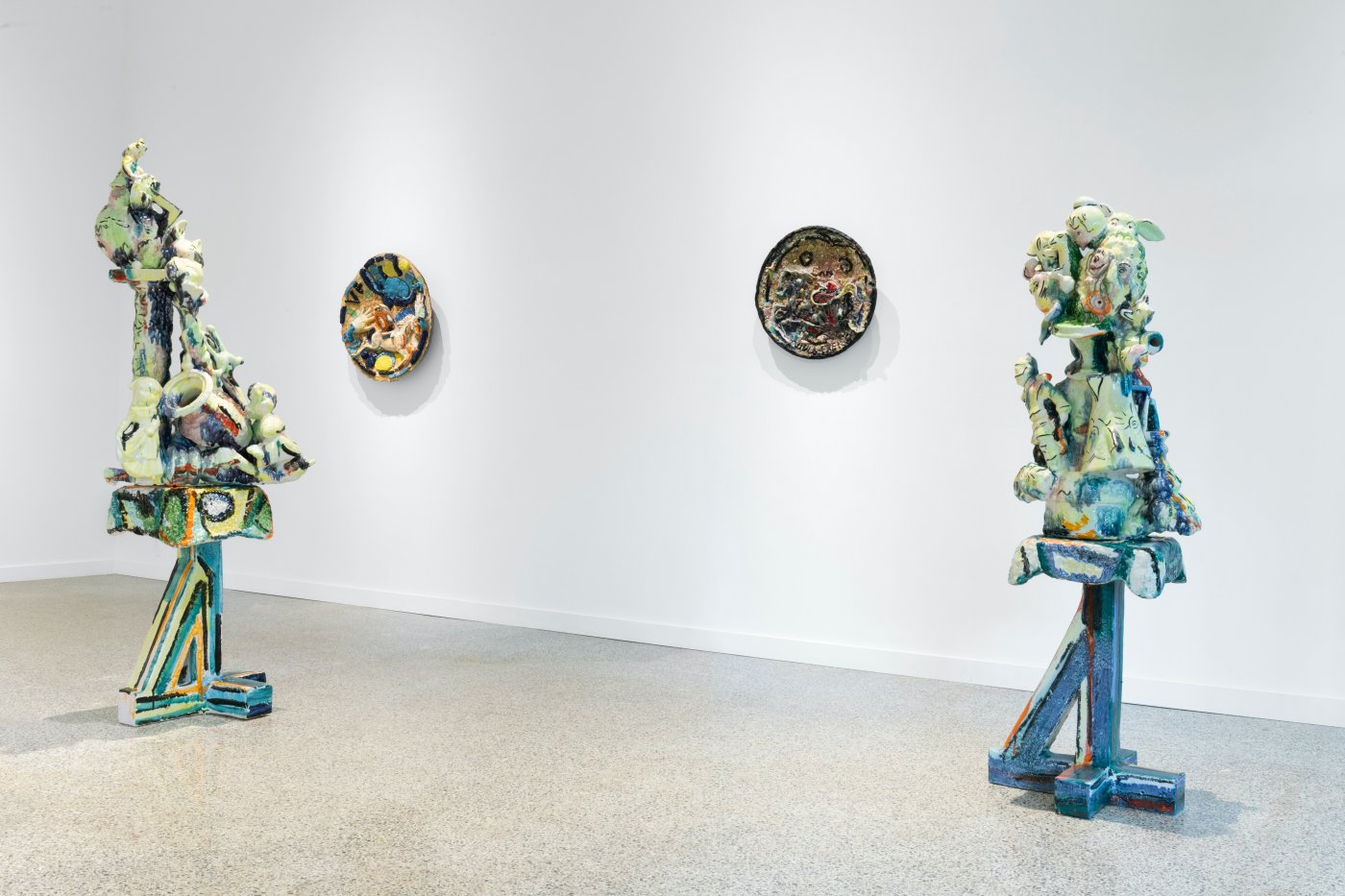 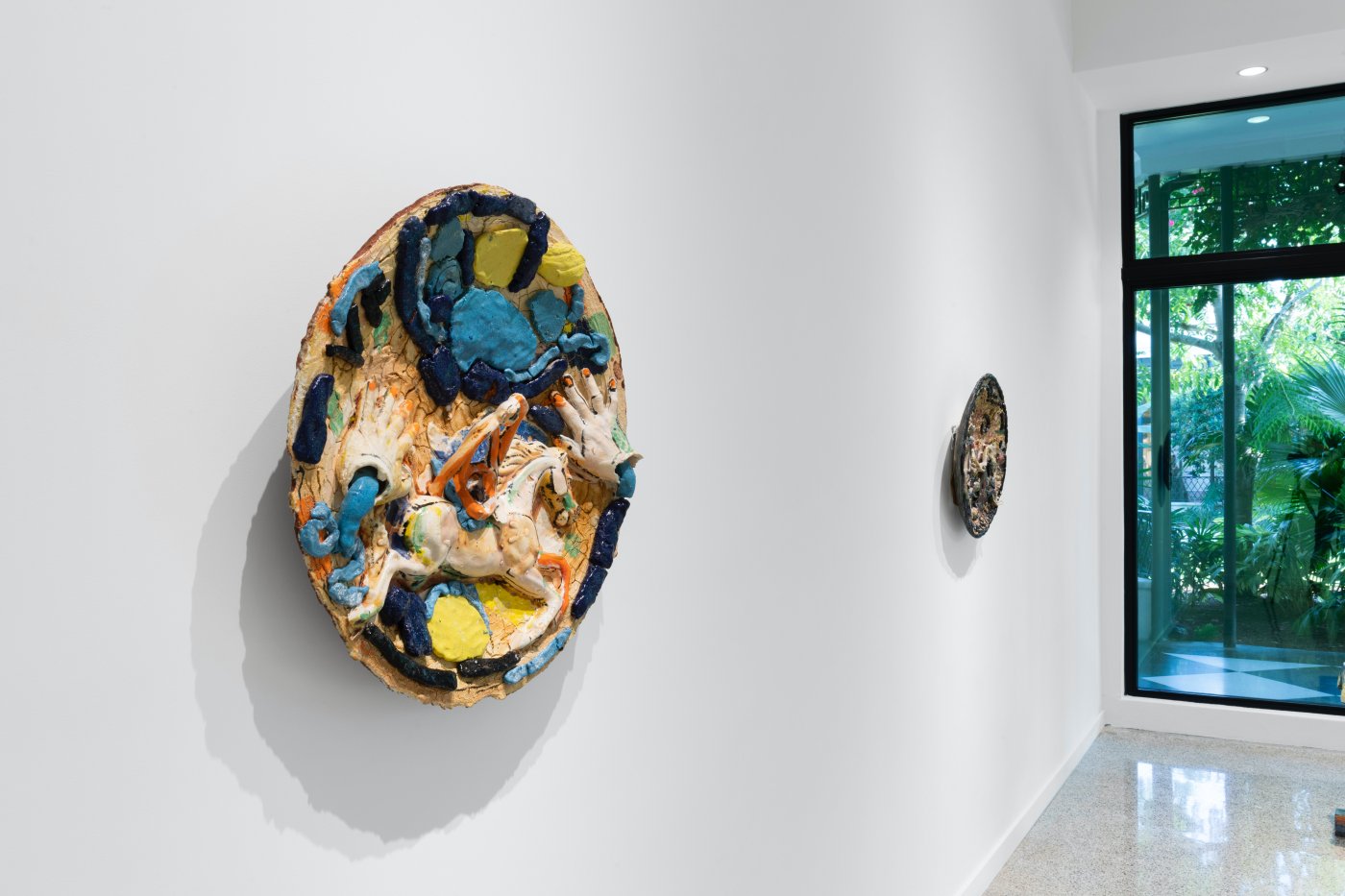 Frey’s solo exhibition at the Whitney Museum of American Art in 1984 established her national reputation as an artist and activated a whirlwind of collectors eager to acquire her brilliant ceramic sentinels. This exhibition facilitates a broad view of Frey’s artistic output as a gesamtkunstwerk in which works on paper, both monumentally- and modestly-scaled ceramics, and a lesser known work in bronze are mutually informative of one another. This presentation marks GAVLAK’s first in a series of gallery exhibitions showcasing Frey’s extensive oeuvre.

As a student in the 1950s, Frey chose to pursue ceramics after being trained as a painter (notably by Richard Diebenkorn and Mark Rothko) in an era dominated by the purist aesthetics and macho posturing of Abstract Expressionism. She carefully studied the rules of a system designed to partition fine art from craft in order to exploit them. Over the course of her career, Frey walked directly through the walls erected by a rigid hierarchy of media and gender politics. Viola Frey: The Space Just Between: Sculpture and Works on Paper 1970 – 1989 immerses the viewer in the total experience of this melding of painting, drawing, and ceramics, of biomorphic abstraction and figuration, and of line and form.

Following a three-year period in New York during which she worked as a bookkeeper for the Museum of Modern Art and at the Clay Art Center with founder Katherine Choy, in 1960 Frey returned to San Francisco. The move and her 1965 purchase of a home where she converted the basement into her first art studio proved instrumental to Frey’s establishing herself as a pioneer of contemporary ceramics. Increasingly capacious studio space would allow her to work at the monumental scale of Blow Man (1988-89), a work that is emblematic of the larger-than-life-sized figures for which she is best known. The fault lines that delineate the edges of interlocking wedges of brightly glazed ceramic hint at the violence of the artist’s method: Frey would create entire figures before sawing them into pieces to be fired, glazed, fired again, and eventually rejoined. Having thus rendered a man who literally takes up too much space (and whose puckered lips and bulging eyes hint at a bloviating nature), Frey nonetheless takes him down a peg through her process.

Frey possessed busy hands and a probing mind, and her pace of creation proceeded at a lively clip over the decades-long arc of her career. The electrified line that animates the teetering biomorphic column of human, animal, and architectural elements in Untitled (Bricolage with Flower Head, Bunny Heads, and Doll Heads) (1980-83) reverberates with the dynamic economy of Frey’s sketches in acrylic. Untitled (Seated Nude and Figurines) (1985) presents a nude rendered deftly in shades of terracotta and anxious blue line, attended by a lively host of lilliputian figures accented in deep blues and blacks. A selection of ceramic plates featured in the exhibition demonstrate Frey’s unconventional, three-dimensional approach to sketching. The equine form that appears in sharp profile and a muted palette of glazes in Untitled (Brown Profile with Horse) (1977) bursts into pebbly, candy-colored relief in Untitled (Horse with Hand) (1980).