As part of its Viewing Room programme, Simon Lee Gallery presents Welcome to Our Mess a solo exhibition by Los Angeles-based artist Justin John Greene, his first in the UK. 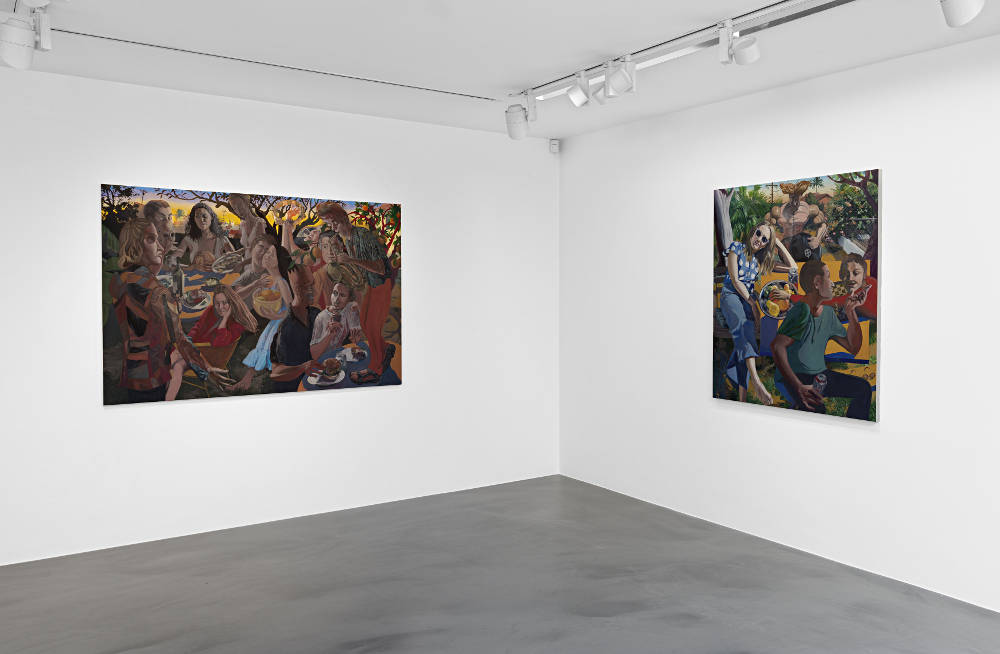 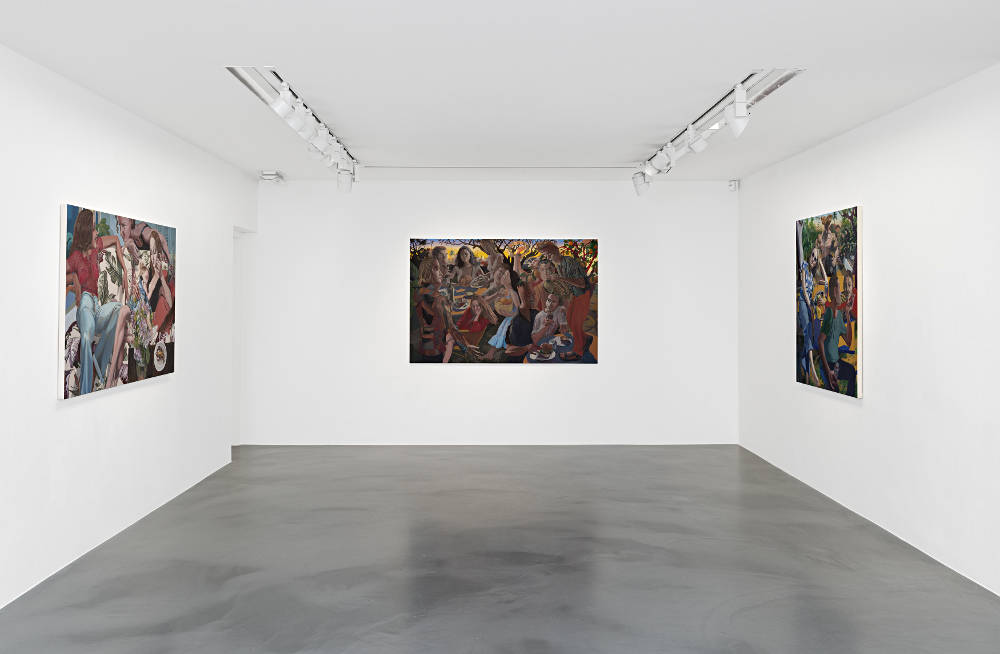 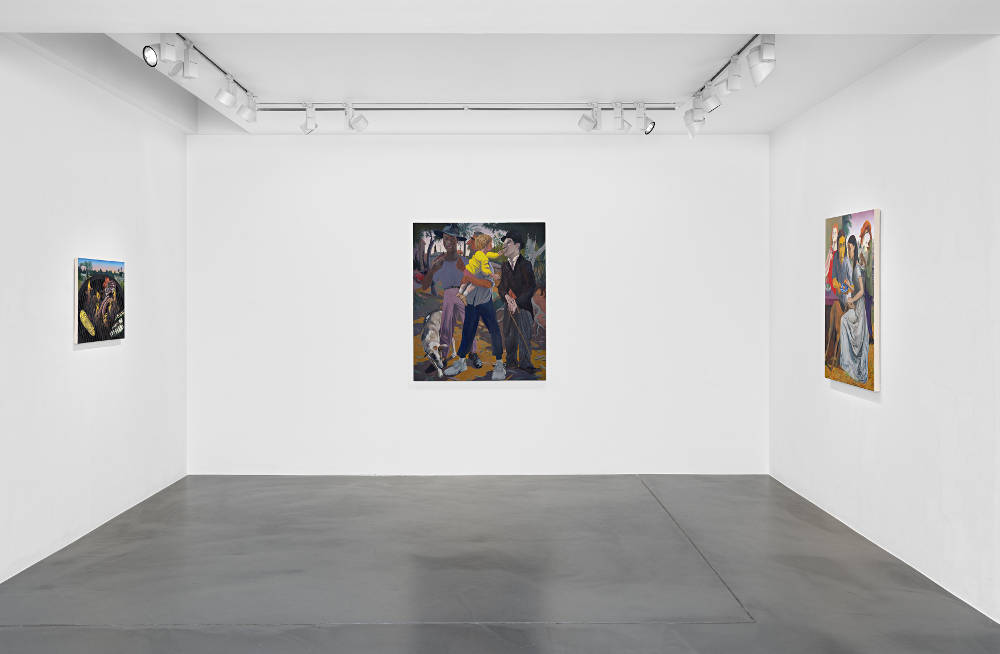 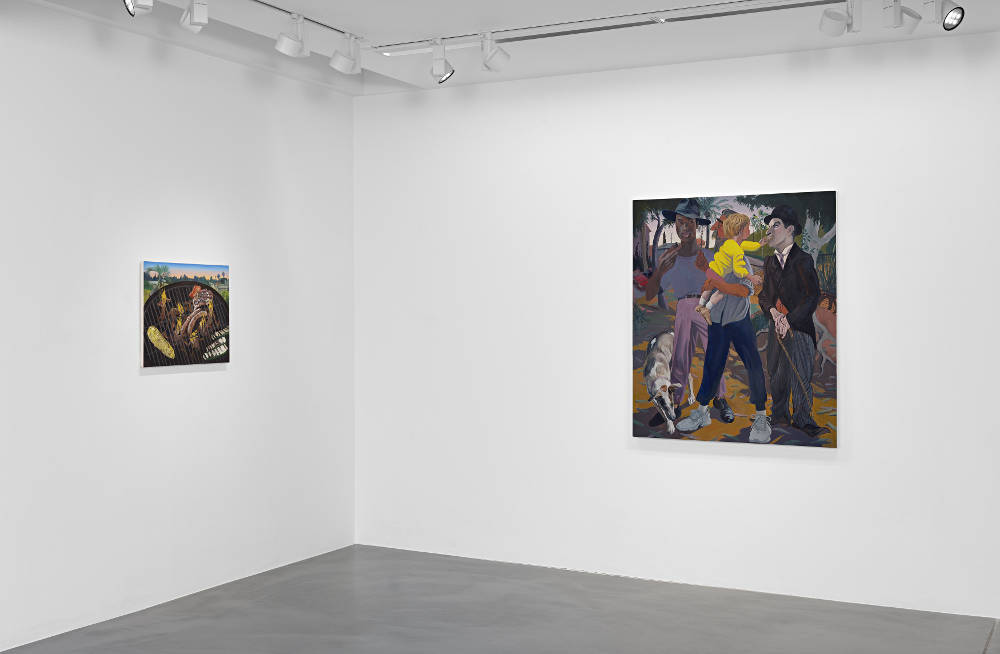 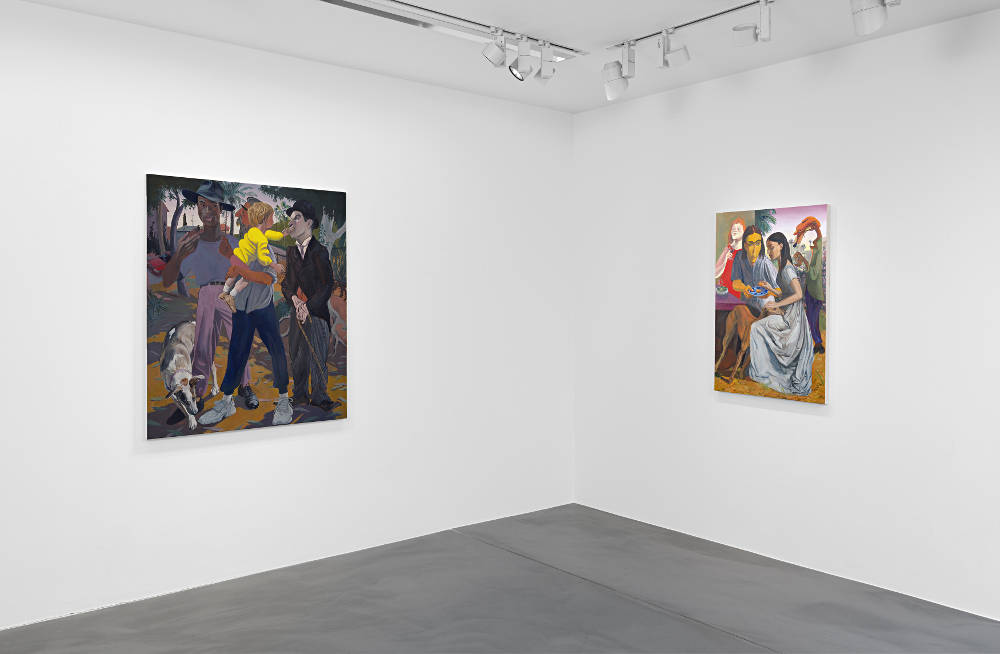 This new suite of paintings offers a panorama of a sun-washed, tragicomic barbeque with scenes set against the background of an oddly utopic neighbourhood, in which themes of conflict and romance are paramount.

In these works, subject matter drawn from Greene’s personal surroundings – portraits of friends and family, plant-life and scenery from his life in Southern California – are juxtaposed with fictional elements that recall stylistic approaches and imagery drawn from other paintings, murals, films, and advertisements. His paintings present a collision of art-historical styles, referencing a diverse group of influences, including Baroque genre painting, social realism, Diego Rivera’s murals, Stanley Spencer’s religious paintings and R. Crumb’s satirical and scathing cartoons of American life. In these paintings, the artist brings together these numerous and seemingly disparate allusions in a series of tableaux. Greene stages the idea of the backyard barbeque as a mythical vision and reveals a tension between the imaginary and the real, the spiritual and the mundane, propaganda and truth. While his style evokes a sense of realism, his subject matter propels the viewer into another realm, at once strangely familiar and completely alien.

Beneath the surface of these seemingly utopian scenes Greene’s paintings have an undeniably dark quality and can be read as social allegories that transform the all-American idea of the “backyard barbeque” into a coded means by which to interrogate prevalent socio-political issues. While the notion of a barbeque conjures up sensibilities of freedom and pleasure, it is also typically a site of macho posturing; its cultural positioning is therefore controversial. Greene seizes on both concepts, and in his hands the barbecue scene is at once relaxed and debauched. Similarly, the term ‘backyard’ has become a metonym for anxieties regarding the quality of life – for example, the phrase “Not In My Back Yard” is a characterisation of opposition by residents to a proposed development in their local area. On the other hand, a backyard can be a meeting place, a space for games and outdoor gatherings, and a place to nurture positive neighbourly relations. However, it is only a space of supposed freedom and openness as most backyards are bordered by fences. In one small painting Greene depicts a scene of a barbeque grill that doubles up as a gate – a simple scene that exudes an air of disquiet, setting the tone for the other works in the exhibition.